This UNIQUE futuristic object is actually a playhouse! (PHOTOS) 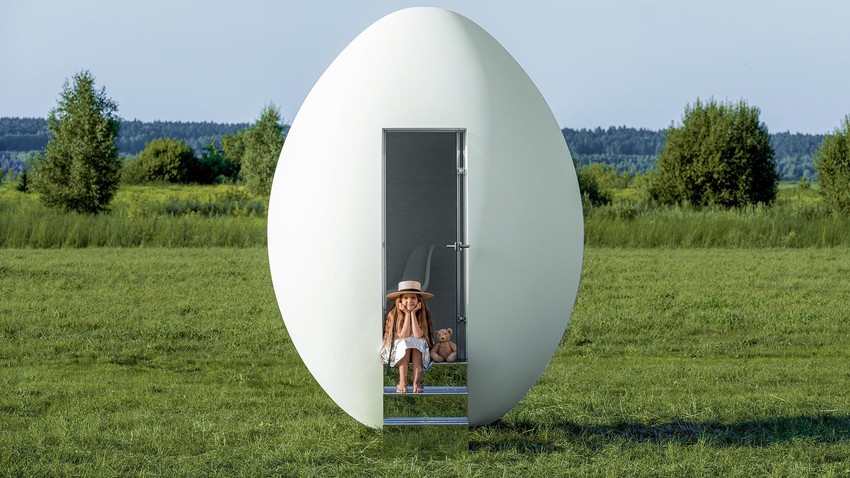 Ivan Erofeev
Sculptor Grigory Orekhov has created an egg-shaped playhouse for his daughter, which also serves as an ideal haven for adults.

A snow-white egg several meters high, standing in the middle of a green lush meadow. This is how sculptor Grigory Orekhov imagines an ideal playhouse for his daughter Agatha. 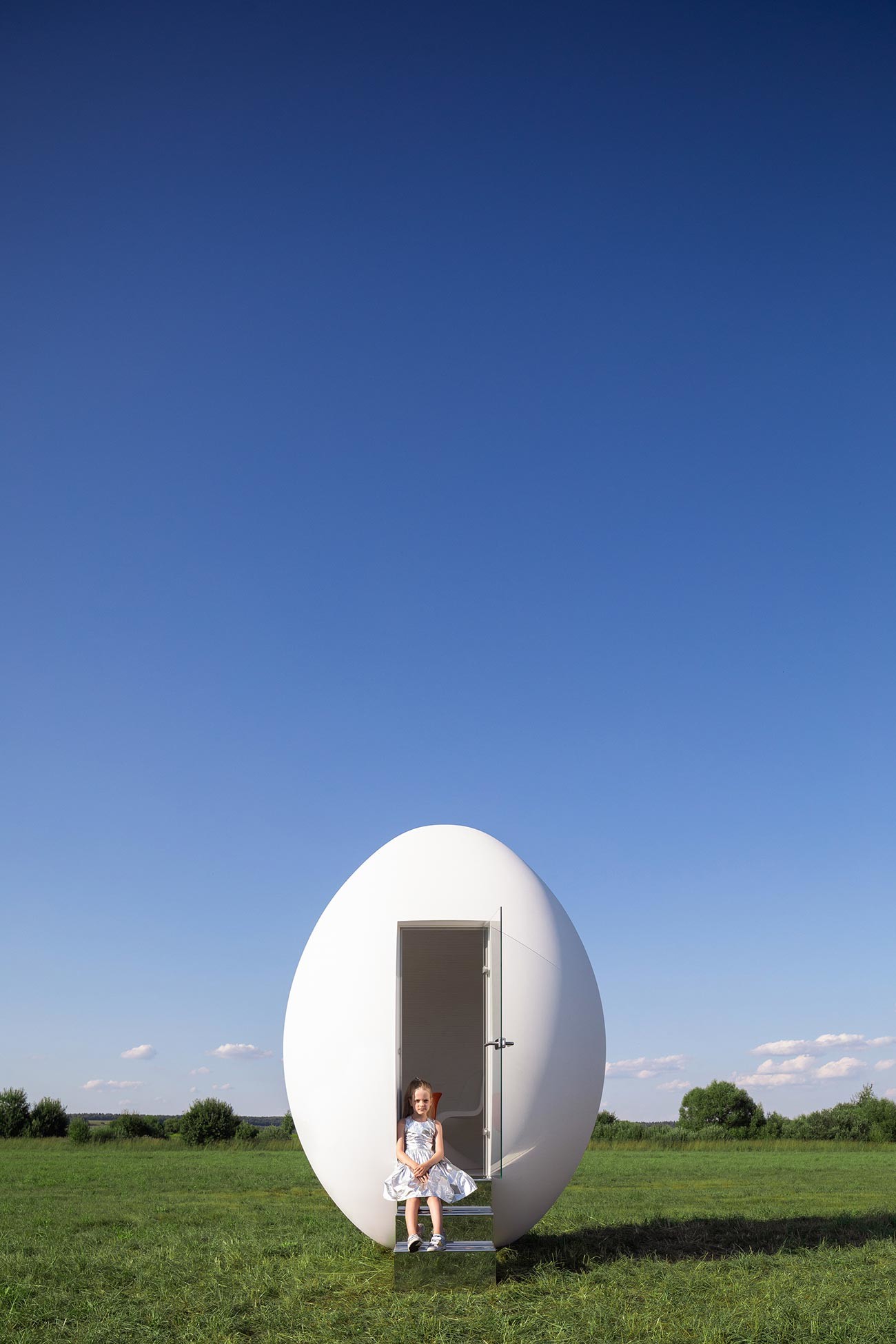 The concept for this glossy futuristic construction, which looks not unlike an UFO from a sci-fi movie, was born from a search for a children’s playhouse. “My daughter has for many years been asking me for a playhouse, but ours is a family of perfectionists, so we can’t buy just anything simply to close the matter,” Orekhov says. 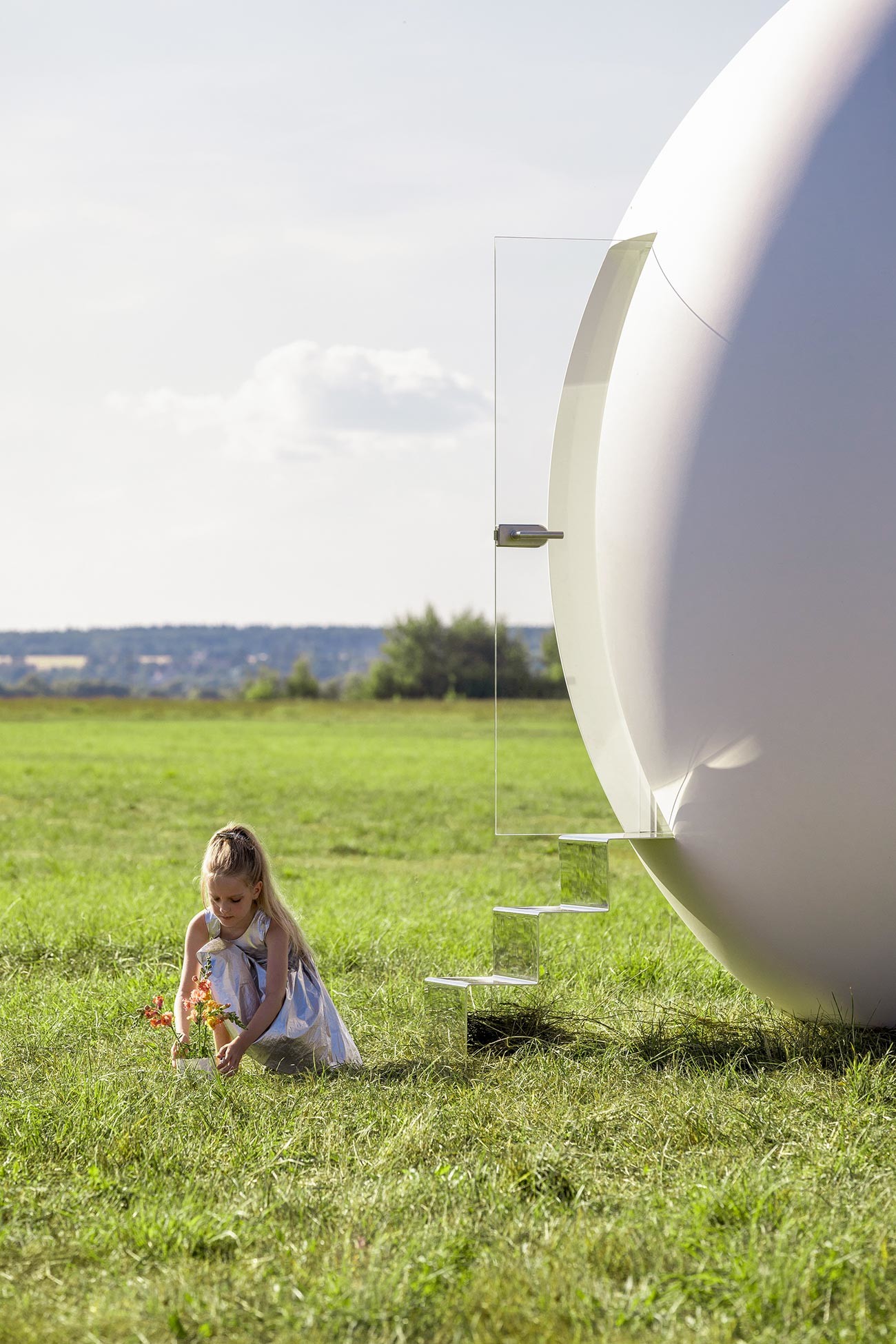 Playhouses available online seemed ugly and primitive to him and able to last only for a short period of time. He also wanted to make a house that is relevant for grow-ups. Then Orekhov turned to a theme that has been present in his work throughout his career - the ovoid (egg-shaped form). 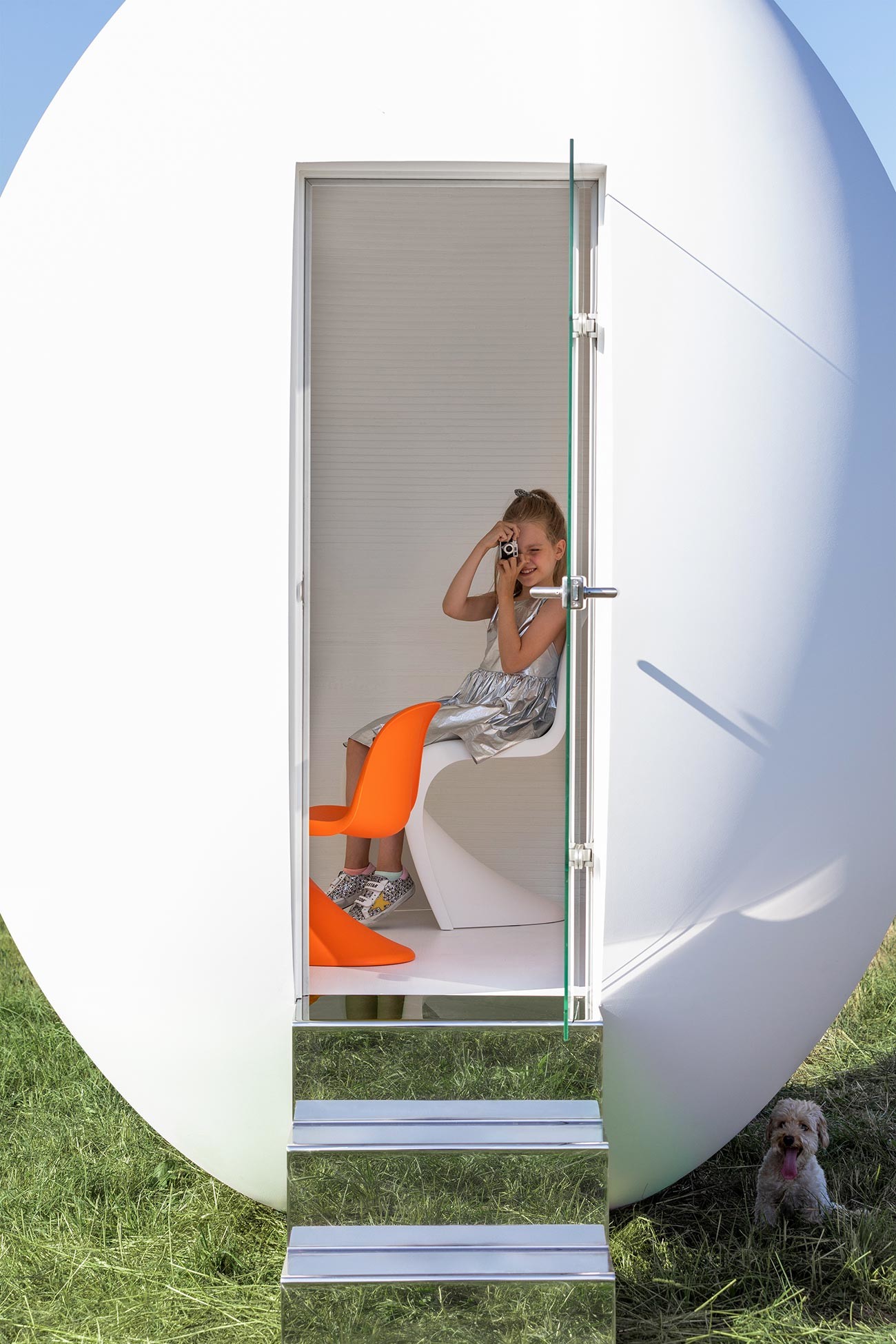 “The ovoid is a perfect architectural form in terms of proportions. It is self-sufficient, there is nothing superfluous in it. I [have] felt an unconscious fascination with it since I was a child. But, it is also an ancient religious symbol, the image of rebirth, of our inner world. I have a work called ‘Ovoid 8’, it vividly symbolizes this “inner core” of a human being, which it is so important not to break, to carry it through one’s whole life and not to lose oneself,” Orekhov says.

Orekhov created the first sculpture from the ‘My Egg’ series in 2016. The playhouse too was born out of another of his projects, a quadrangular egg. “But I did not conceive it as an art object. On the contrary, I wanted to turn an art object into a functional space,” says the sculptor.

The house is made of hundreds of plywood slats stacked on top of each other and sanded. At the same time, its walls are not thicker than 30 mm. There is a window at the top, which also serves as a ventilation valve. 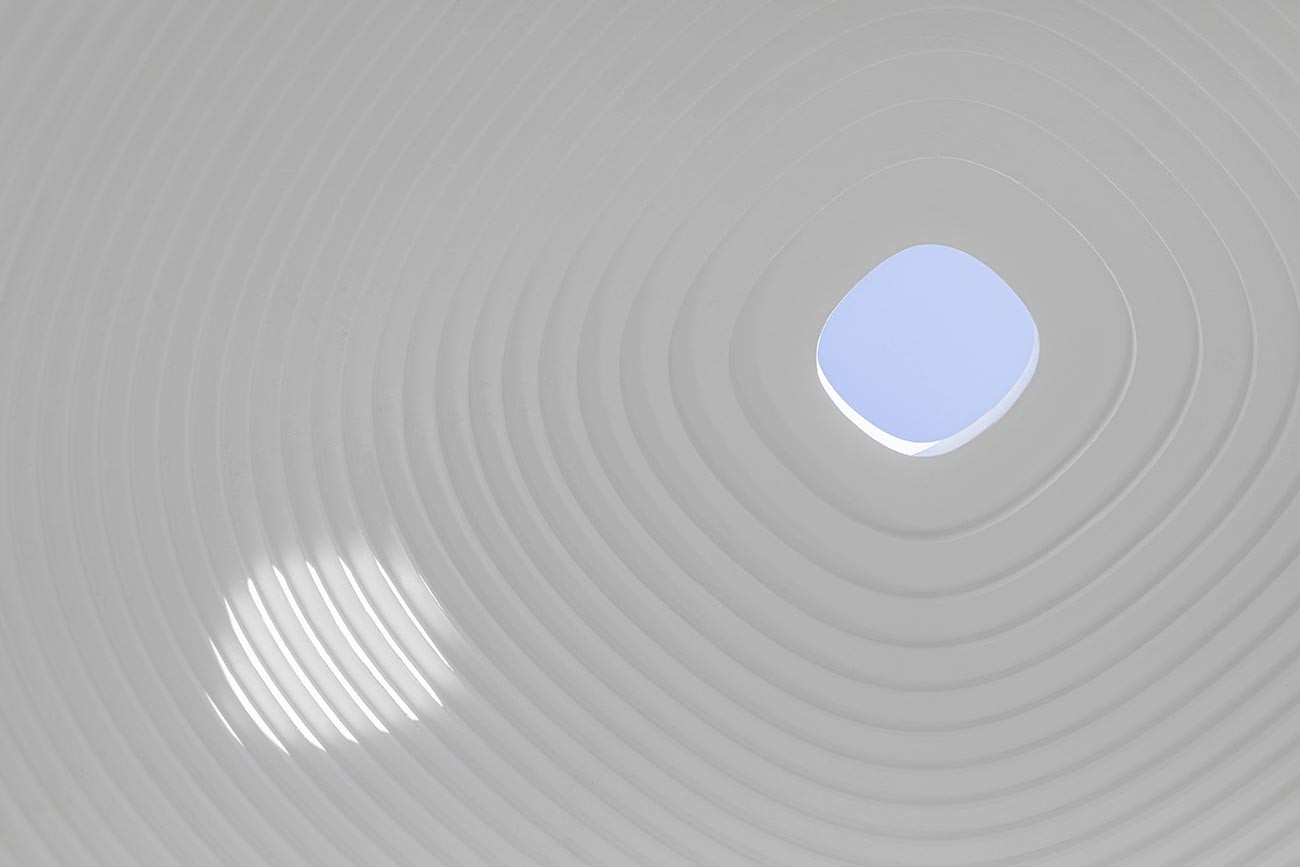 Inside, there is a bench with a soft pillow on one side and a table on the other. 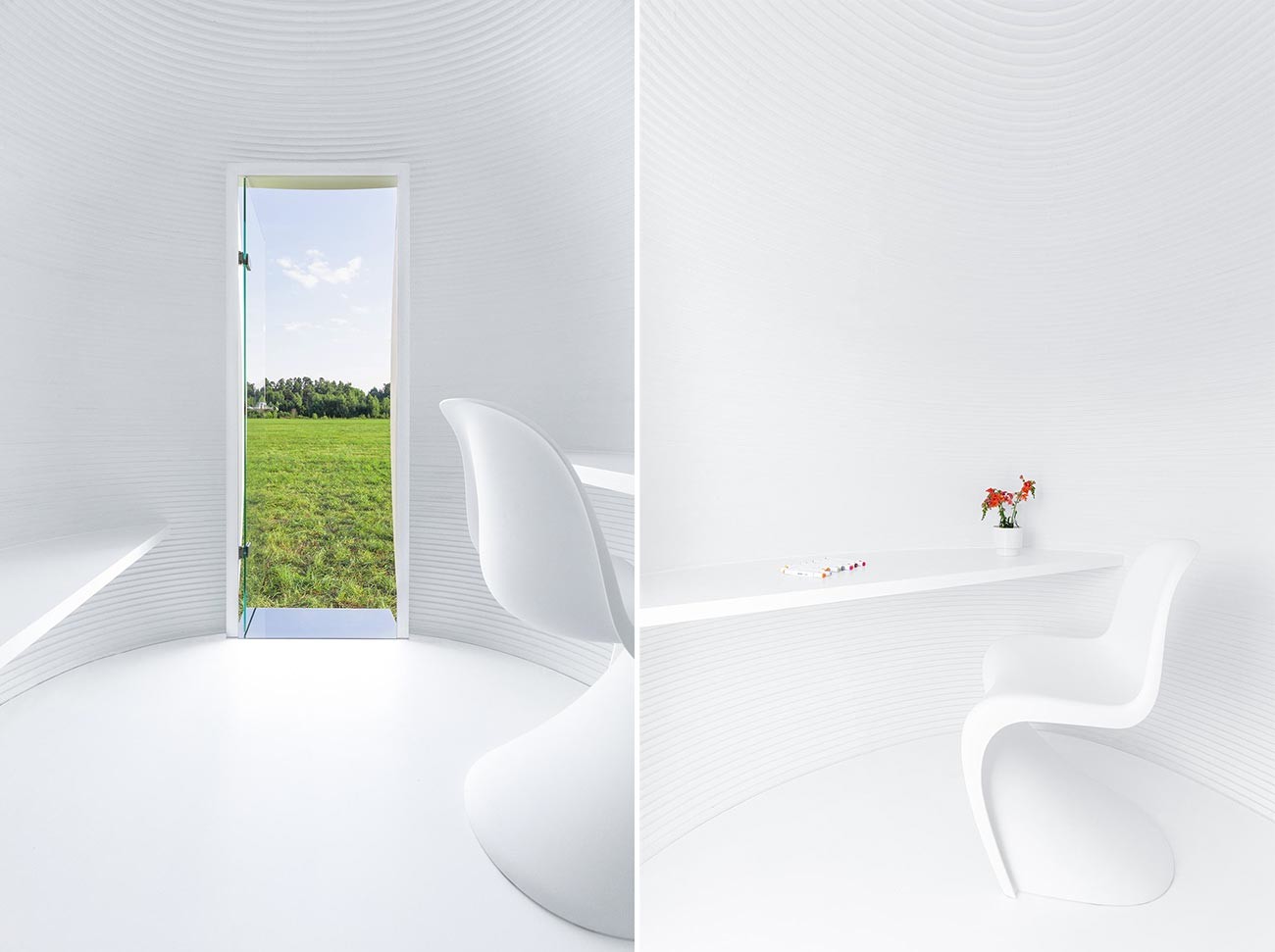 “Agatha paints a lot and this is a place where she does her art. Also, it is an interesting place for listening to music because the shape of the room creates an echo,” he says. 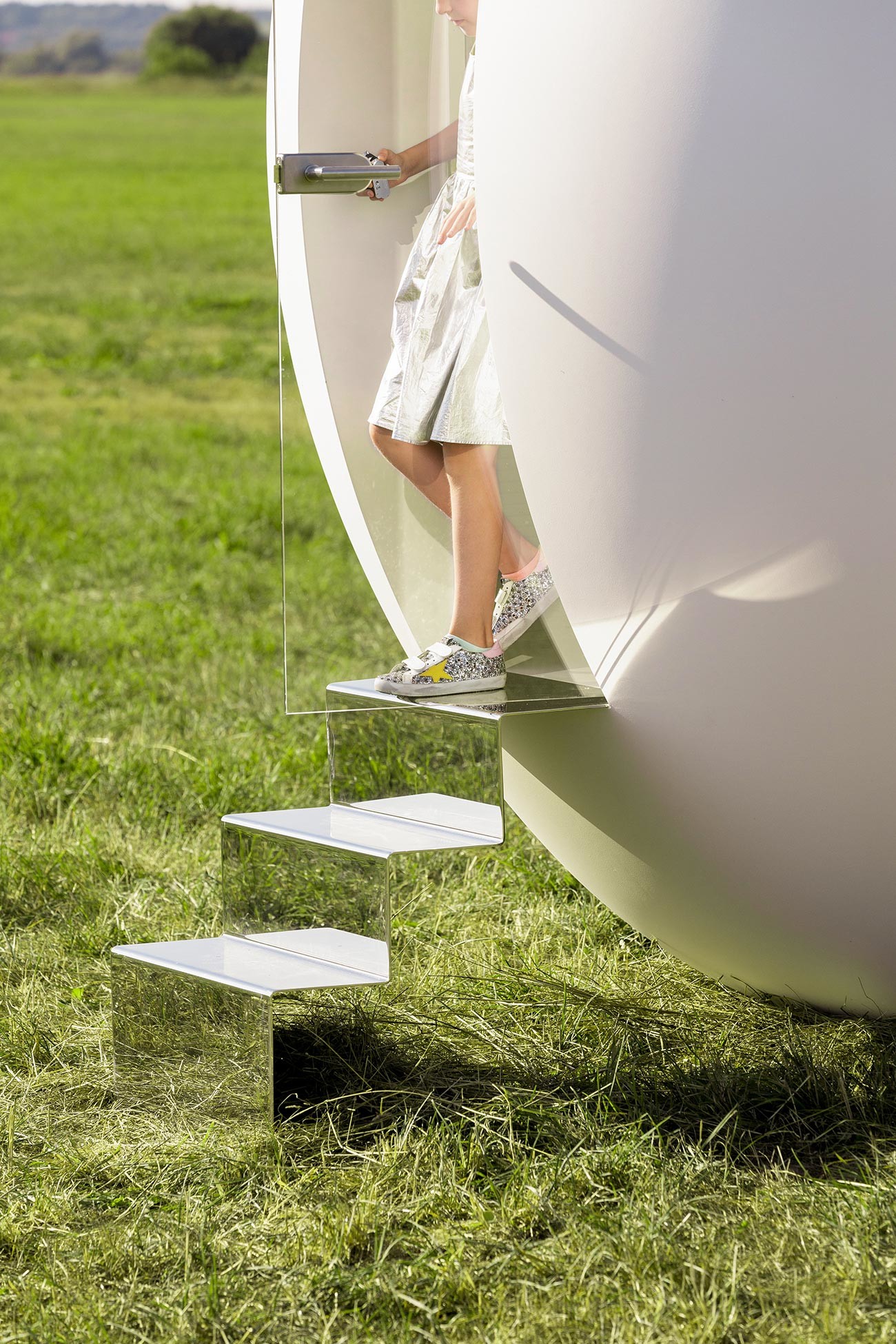 “It is also a refuge for any person who seeks privacy and a respite from the outside world, an allusion to the mother’s womb. I myself sometimes feel like going there to read a book or surf the internet. The feeling is similar to what you get when you enter a church which has very little church paraphernalia - as in a place where you can think about elevated things. In our everyday lives, we are always in a hurry, we cannot stop and just think about the eternal. It is a space where you can find this Zen,” Orekhov says. 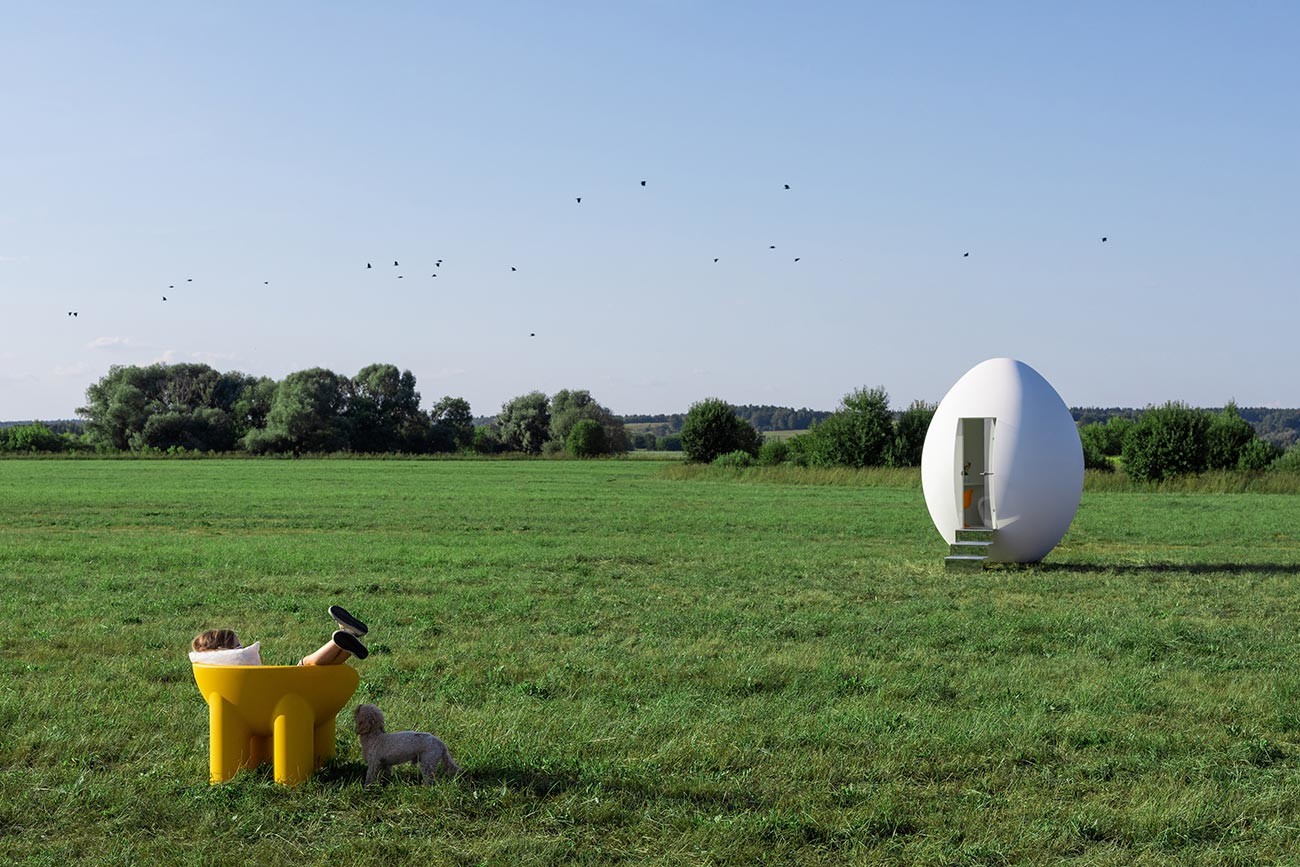 The playhouse (which is located not far from Nikolina Gora outside Moscow) took a year and several hundred thousand rubles to build. 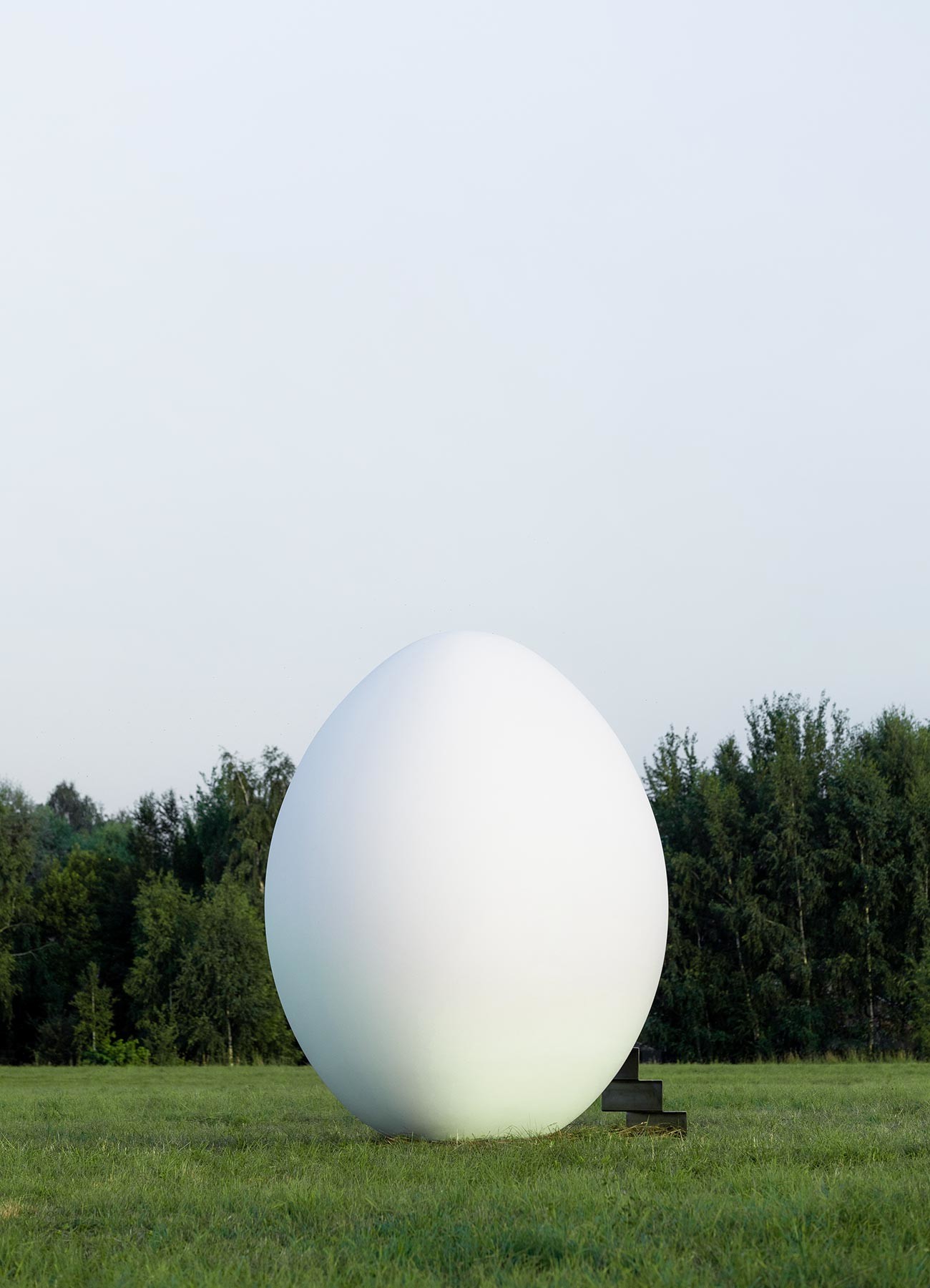 “I was experimenting and it pushed the cost up. If I was to make several of these houses, technologically I would do it differently, to make it economically viable,” he says, adding that he has been approached by a Spanish tourist company. “They loved the house and wanted me to make a similar one for them for an exhibition. But it cannot be done in a few months and Agatha’s house cannot be transported. If there are a lot of requests, maybe I will make a series of these houses. Although my daughter is opposed to the idea, she believes that only she should have a house like this.”