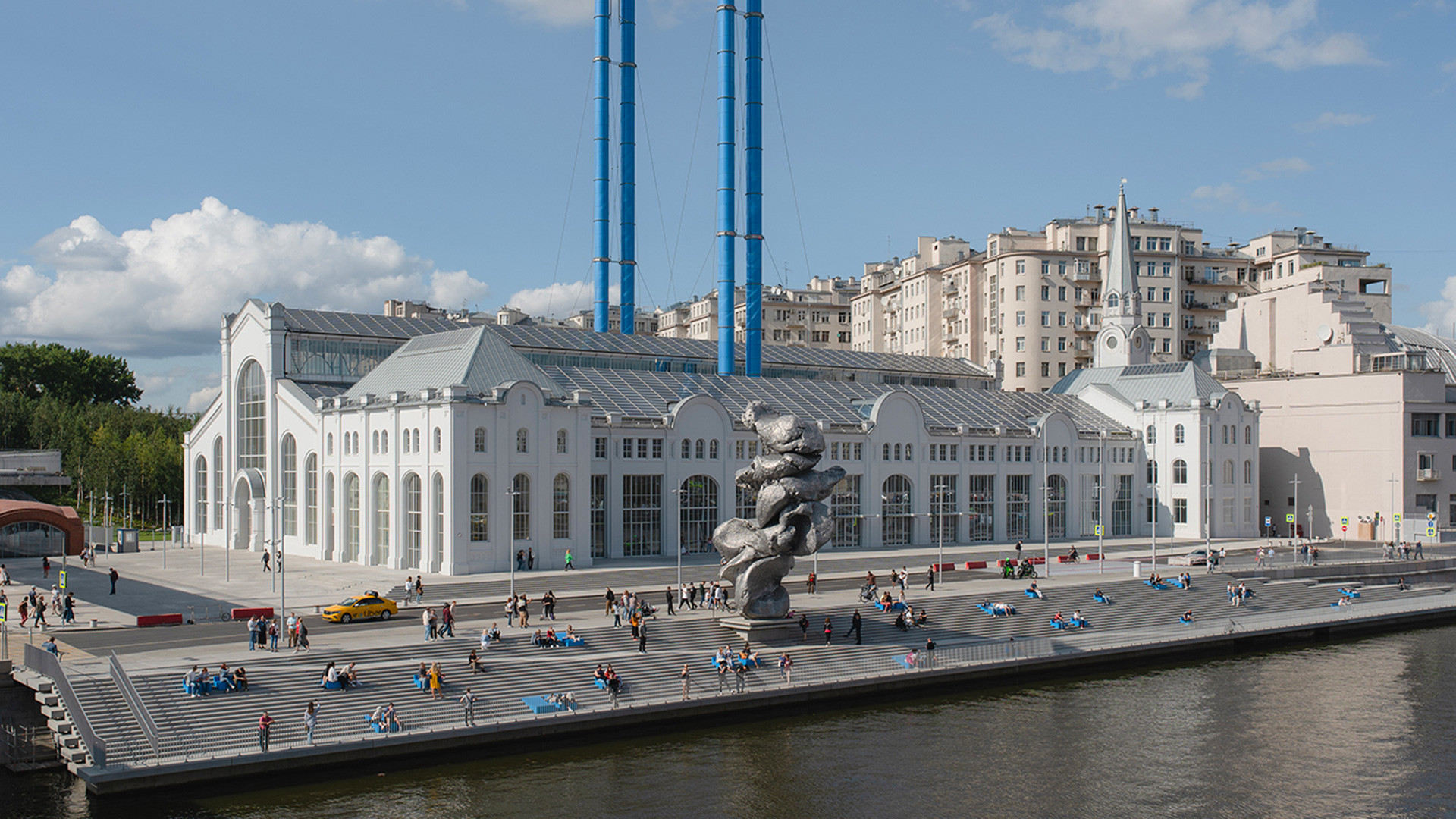 Press photo
The famous architect's first project in Russia has been widely praised for giving expression to his bold architectural vision while at the same time respecting the site’s historical heritage.

Tall blue chimneys now prop up the sky in the center of Moscow. Visible just behind the Cathedral of Christ the Savior, these are beacons that indicate—just to those in the know for the time being—the location of the new premises of the V-A-C Foundation, which was set up by Russian oligarch Leonid Mikhelson to promote contemporary art. At the same time, they function as ventilation ducts for the building itself, a former electric power station that Renzo Piano, one of the world's busiest starchitects, has converted and repurposed. 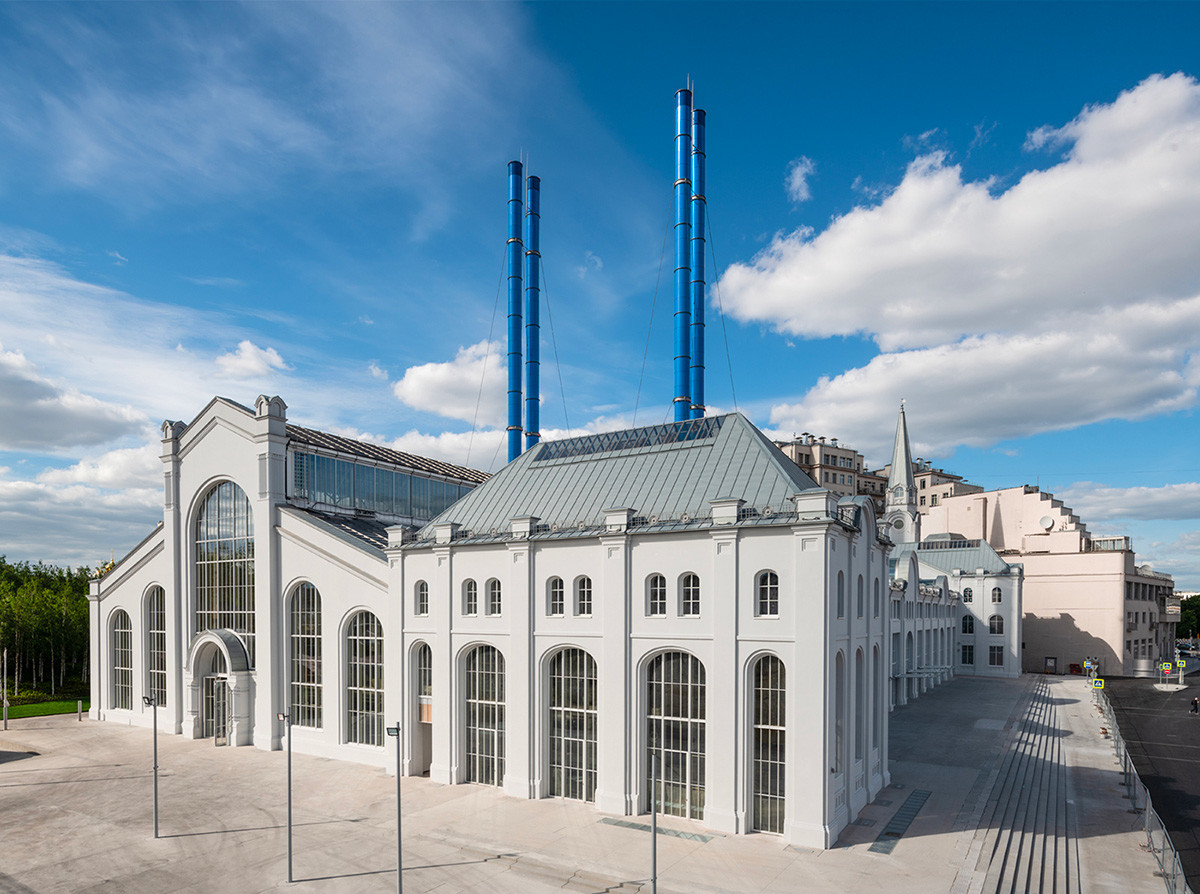 Anyone who has seen the work of Piano and the Renzo Piano Building Workshop (RPBW) or heard him discussing his projects, knows that his main passion is natural light. In remodeling the former GES-2 power station in Moscow, the building itself helped the architect to achieve this effect.

The GES-2 power station was built in 1904-1907 by architect Vasily Bashkirov and engineer Mikhail Polivanov in the industrial style that was popular throughout Europe at the time. At the heart of the design is a giant glass and metal parallelepiped with a triangular sloping glass roof. The facade was designed in the Russian Revival style, which was in vogue at the time, but included elements of Medieval architecture while also giving a nod to modernism in the form of enormous windows that cover the entire length of the building. For almost a century, the power station provided electricity for city trams and nearby buildings, but in 2006 it was decommissioned for good. This is when Mikhelson acquired the building to use as the new site for his V-A-C Foundation and its projects, which for almost a decade had been held at different venues in Moscow and around the world. Renzo PIano was chosen as the chief architect and commissioned to redesign the building and the surrounding grounds, which in recent years had fallen into a state of decay and looked like an abandoned industrial site. 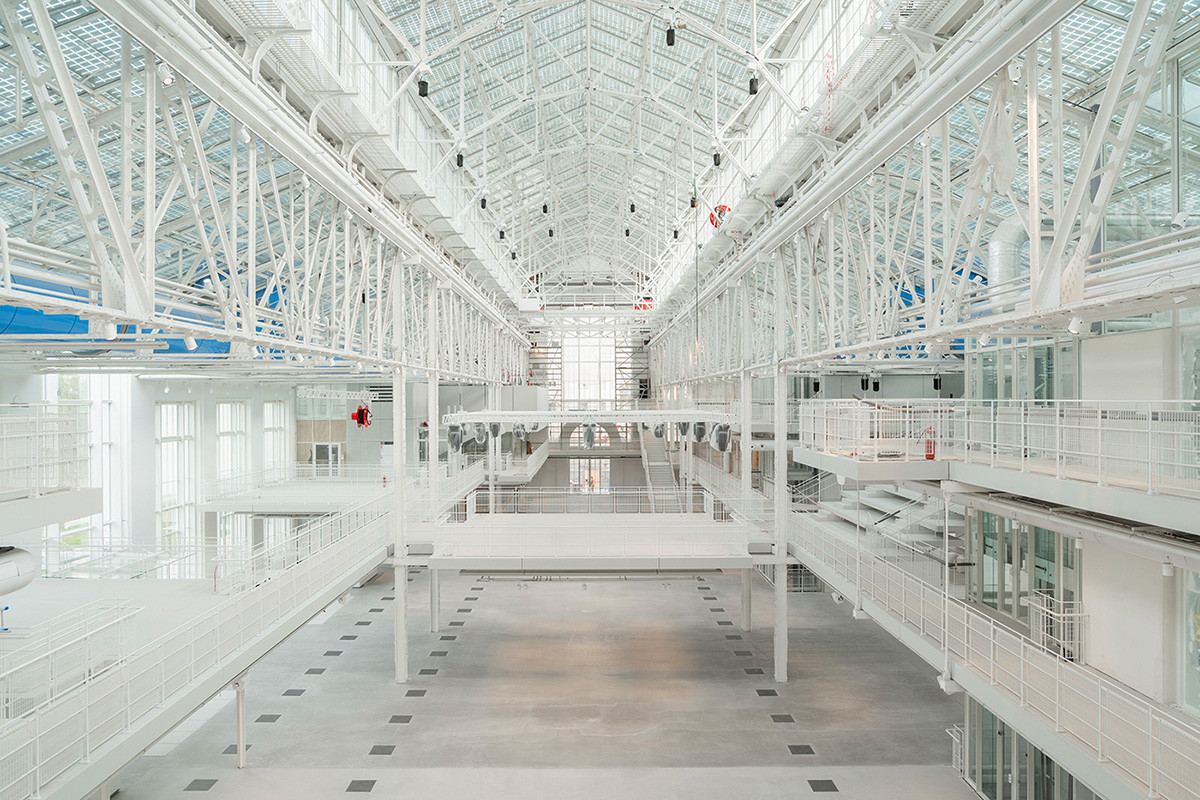 Piano preserved the original building almost in its entirety, choosing to only modernize and rebuild the floor levels inside. There are now six levels. The two levels below ground include a car park, open storage space and exhibition rooms, while the four above ground include a lecture room, cinema, restaurant, shop, library, offices and spaces for master classes. The bright blue chimneys rising above the building also pass through the interior—a sort of reminder of what, since the construction of the Pompidou Center in Paris, has become the architect's calling card. The architects installed solar panels on the glass sections of the roof and a system for collecting and purifying rainwater for technical use. 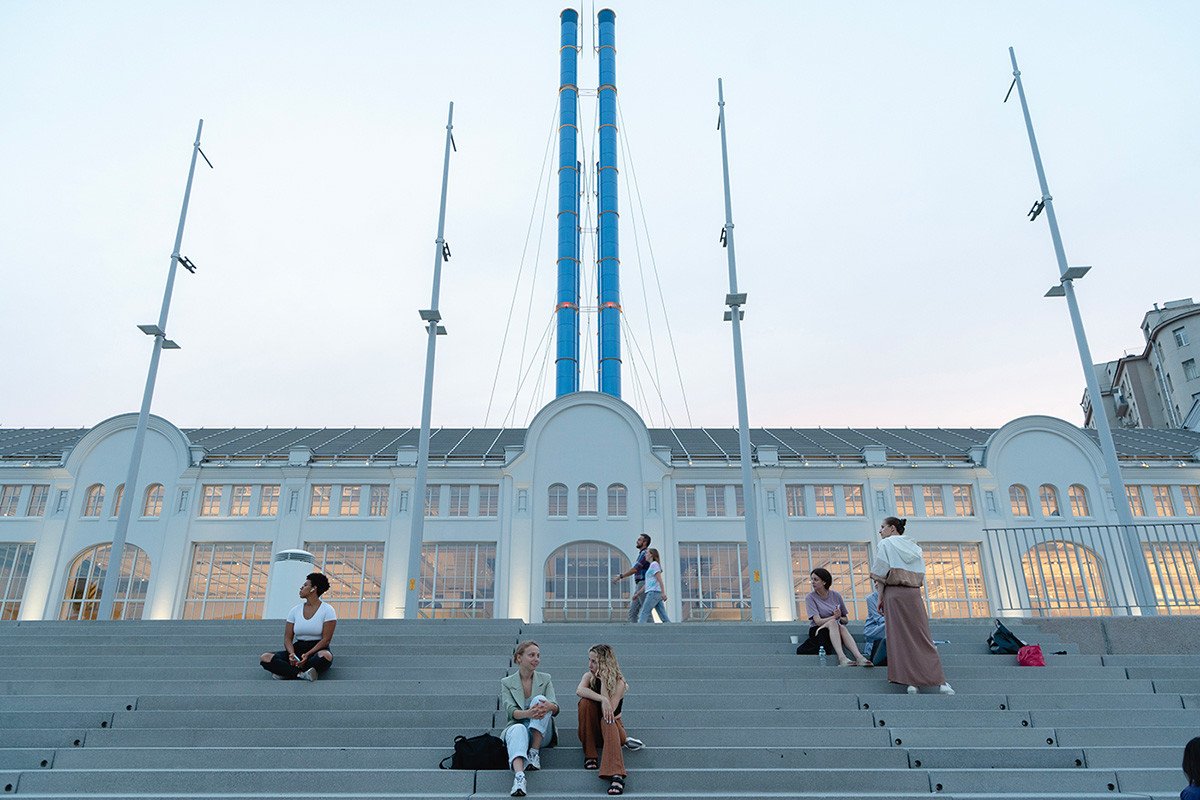 The RPBW also restored a side tower in the Russian Revival style and planted a grove of birch trees in the courtyard, following the tradition of gardens attached to houses that were abundant in the center of Moscow at the turn of the 20th century. This space is meant to host summer outdoor events and film screenings, for which the building’s back wall has been specifically adapted. 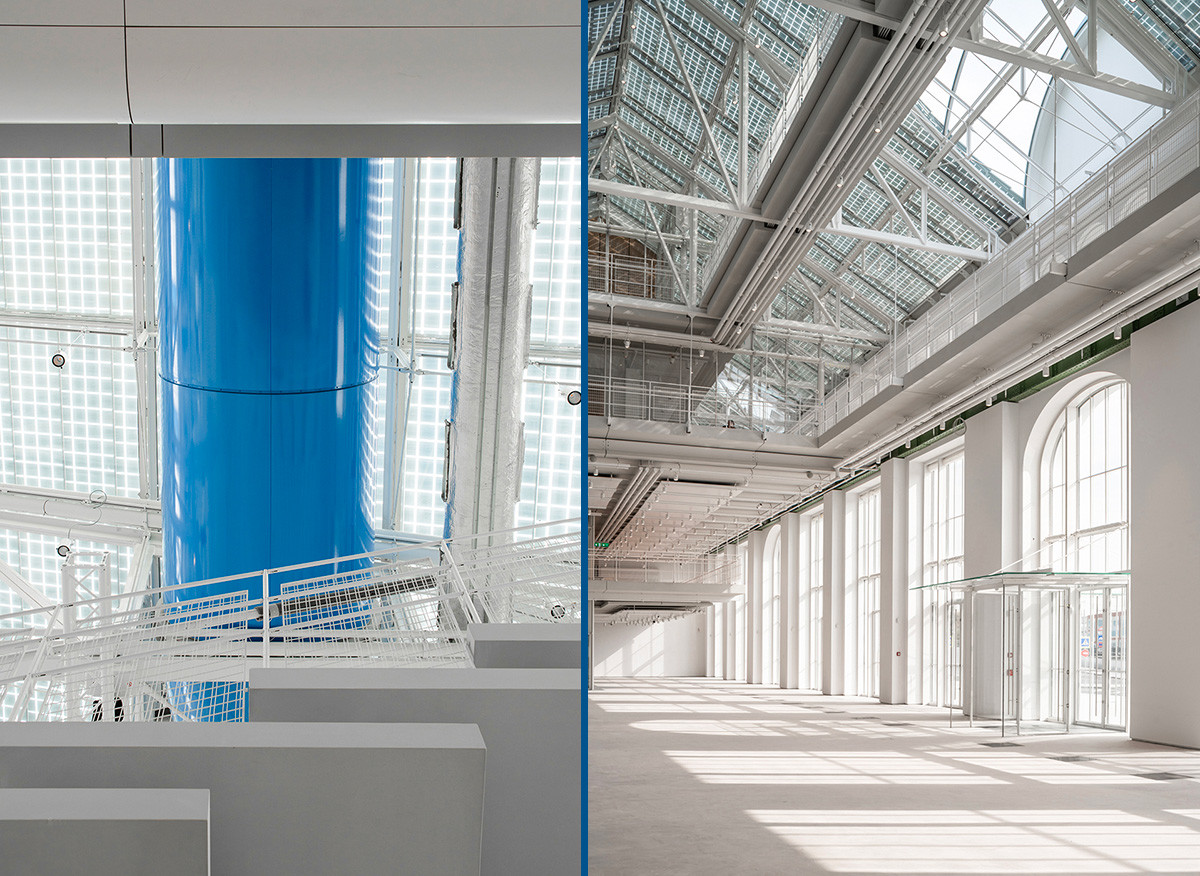 "We always wanted to take Russian culture to the rest of the world and decided to create this building for the making of art," says Teresa Mavica, Director of the V-A-C Foundation. Born and raised in Italy, Mavica came to Russia more than 30 years ago and met Mikhelson in the early 2000s. During a meeting with him during the Venice Biennale in 2009, she suggested they set up an art foundation together. And thus the institution was born. They have achieved a great deal over the past 12 years: sponsoring the lead project at the Venice Biennale, putting on exhibitions of Russian artists in Russian and European museums, bringing all sorts of Western art to Moscow, opening an exhibition space for the foundation in Venice and, finally, tracking down this incredible site for the foundation in Moscow. They decided to call it the GES-2 House of Culture in order to retain the site’s historical name while giving a nod to the public arts venues that were specially built throughout the Soviet Union. 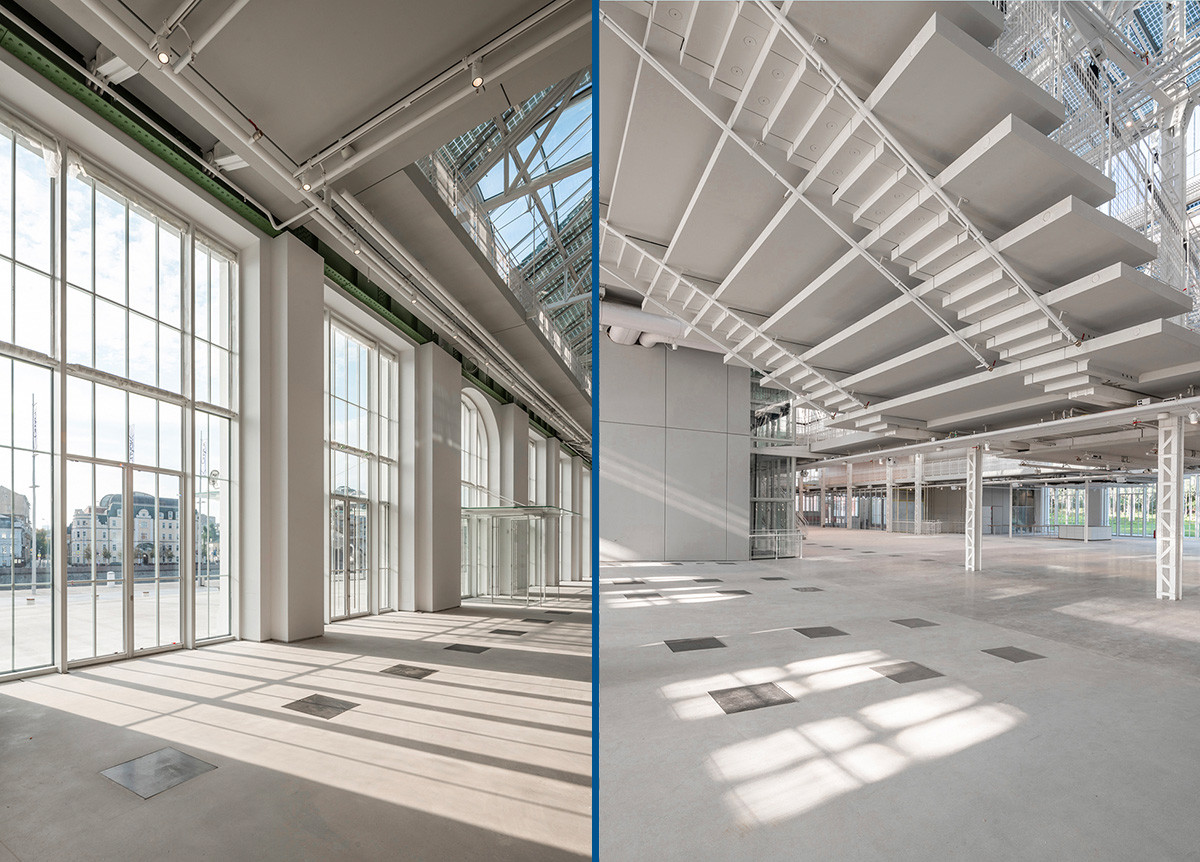 The plan is to fill the entire space with art, both in the former power station building itself and in the vaulted 19th century former warehouse premises nearby. These spaces were also acquired and restored as a venue for workshops where artists, architects and photographers invited by the foundation as artists-in-residence will be able to work. Carpentry, metalwork, textile and ceramic workshops, a photo-lab, and silk-screen, 3D printing and sound and video recording studios have now been installed using the most advanced technology. Everything, including the walls of the building, is transparent so that you can watch the artists as they work. The plan is for everything produced there to be displayed on site. 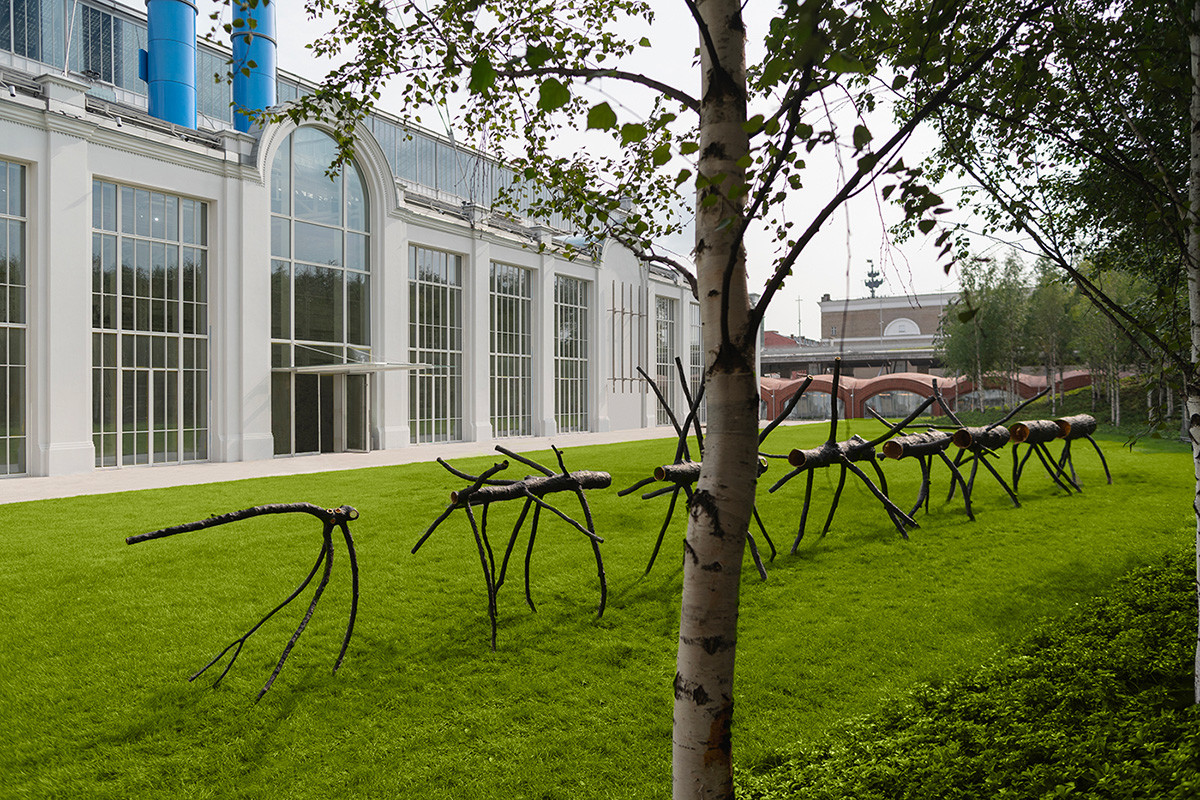 The center's events program has been published up to March 13 so far. The scheduled exhibitions are: To Moscow! To Moscow! To Moscow! curated by the Icelandic performance artist Ragnar Kjartansson and When Gondola Engines Were Taken to Bits, which explores carnival culture in contemporary Russian art. Kjartansson has also begun filming Santa Barbara, a new 100-day performance featuring Russian actors. The shooting process for this 100-episode "film," which was inspired by the legendary American TV series, can be observed right on the main square of the new arts center.