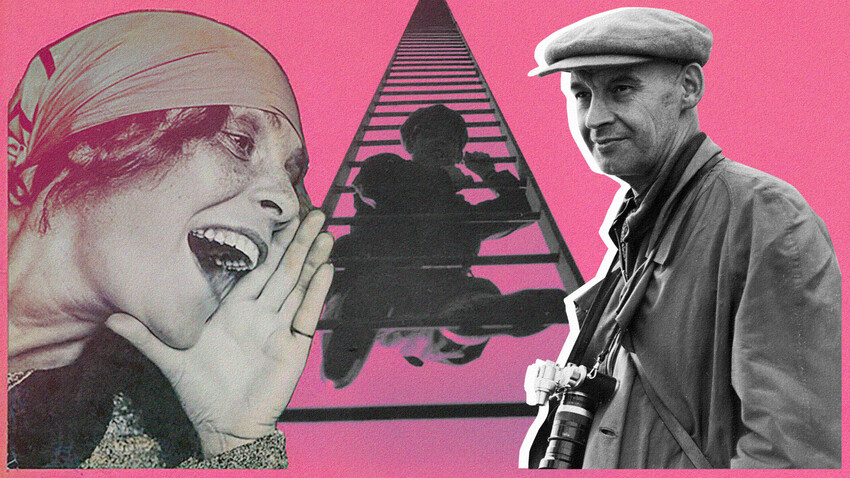 Kira Lisitskaya (Photo: Sputnik; Alexander Rodchenko/MAMM/MDF)
A true pioneer of Russian avant-garde, Alexander Rodchenko has been widely regarded as a master of photography. He experimented in a variety of media and was a founding member of the Russian Constructivism movement.

Rodchenko strived to desert the traditional style and break from conventions. His experimental approach to photography changed this art form once and forever.

1. Studied to become a dentist

Rodchenko (1891-1956) was born in an apartment above a St. Petersburg theater, where his father worked as the props master. From early childhood, the boy was involved in the art world: the apartment on Nevsky Prospect was located directly above the stage, so Rodchenko literally had to walk over the stage each time he wanted to go outside. In 1904, the family moved to the Volga city of Kazan. Alexander initially studied to become a… dental technician, but soon gave up his studies and, in 1910, became a volunteer at the Kazan Art School.

In 1914, up-and-coming Russian Futurists, poets Vladimir Mayakovsky and David Burliuk, visited the city. Rodchenko went to their poetry night. It became a turning point in his life. He realized he wanted to connect his life with futurism. In the same year, he met his future wife and creative partner Varvara Stepanova. 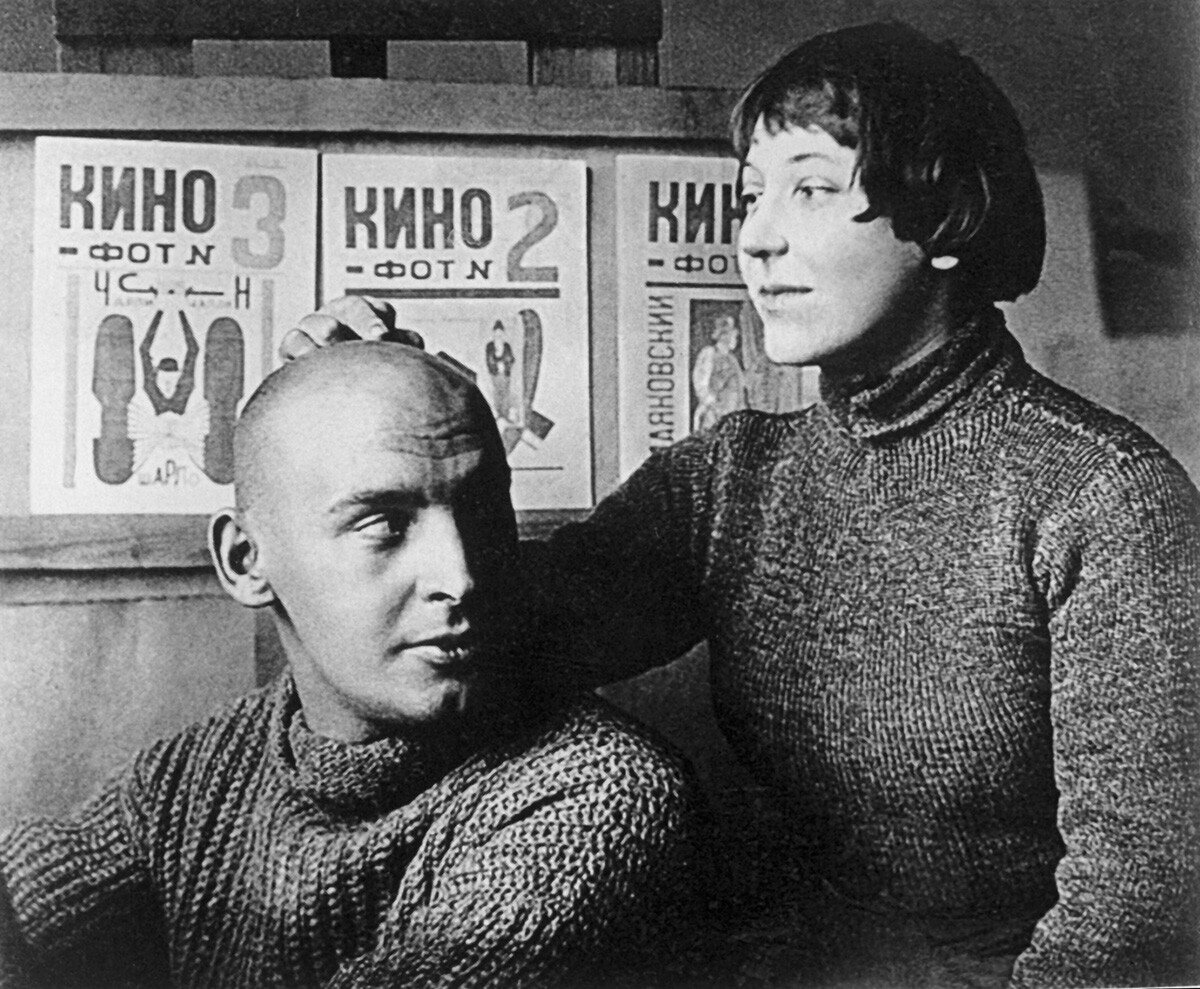 Once in Moscow, Rodchenko met Vladimir Tatlin, founder of Russian Constructivism, who called his works “counter reliefs”. He invited Rodchenko to take part in a Futurist exhibition. According to Rodchenko, Tatlin had influenced him deeply. “I learned everything from him: an attitude to the profession, things, material, food and life itself…” Rodchenko was a good pupil, good enough to become one of the top innovators of Constructivism (the state-approved artistic style characterized by the application of abstract designs to basic and routine objects). 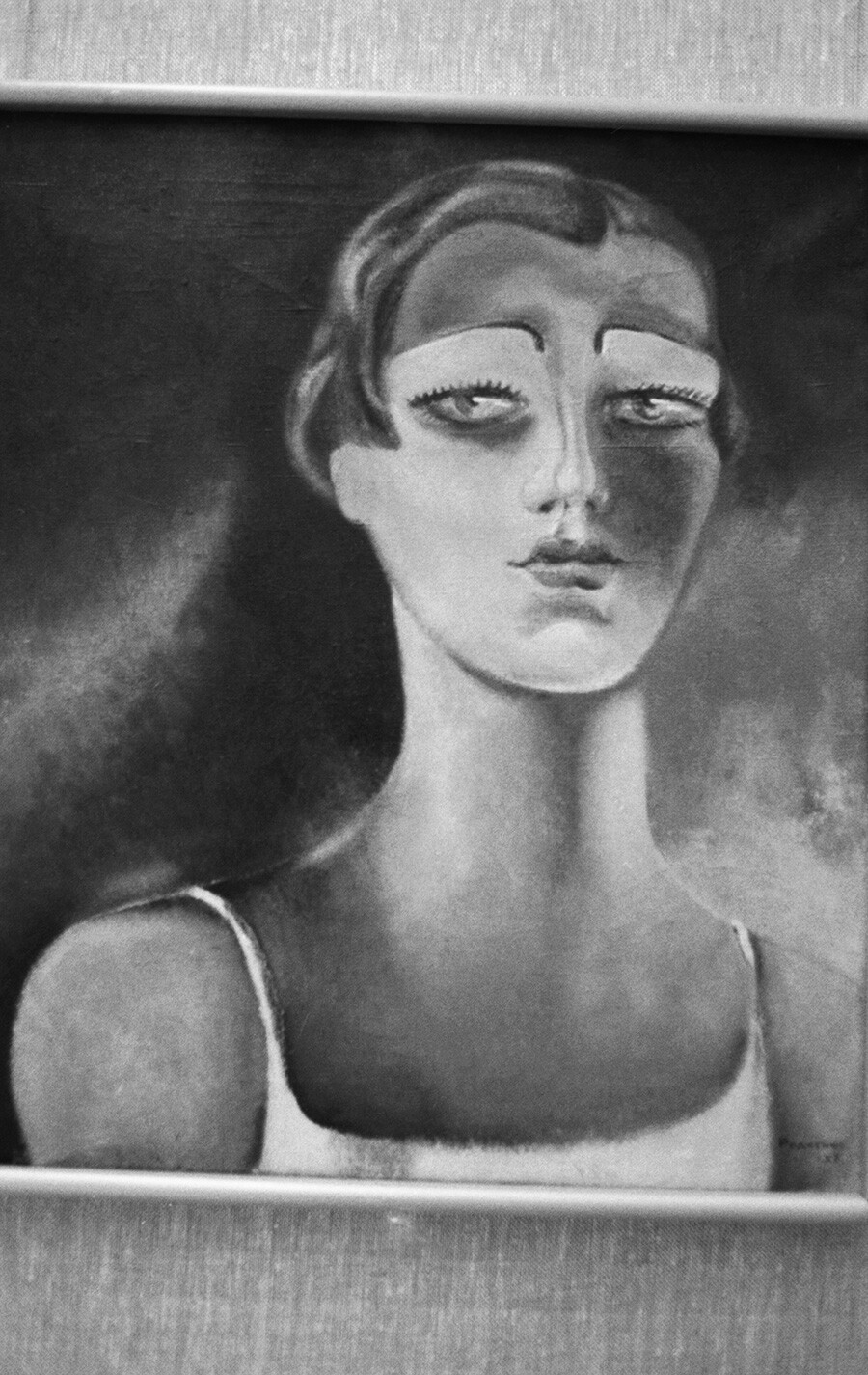 Rodchenko worked as a painter and graphic designer before turning to photography and photomontage. His experience in painting was unlike any other artist. You can’t pick one of his works and say: That’s a typical Rodchenko! Only by looking at many different series of works, one can have an idea of him as an artist. In 1921, in a nod to Kazimir Malevich and his iconic ‘Black Square’, Rodchenko bid farewell to painting with a triptych entitled ‘Three Colors. Yellow. Red. Blue’. This is how he declared “the end” of painting. “I’ve brought the painting to its logical conclusion,” the multi-talented artist stated. 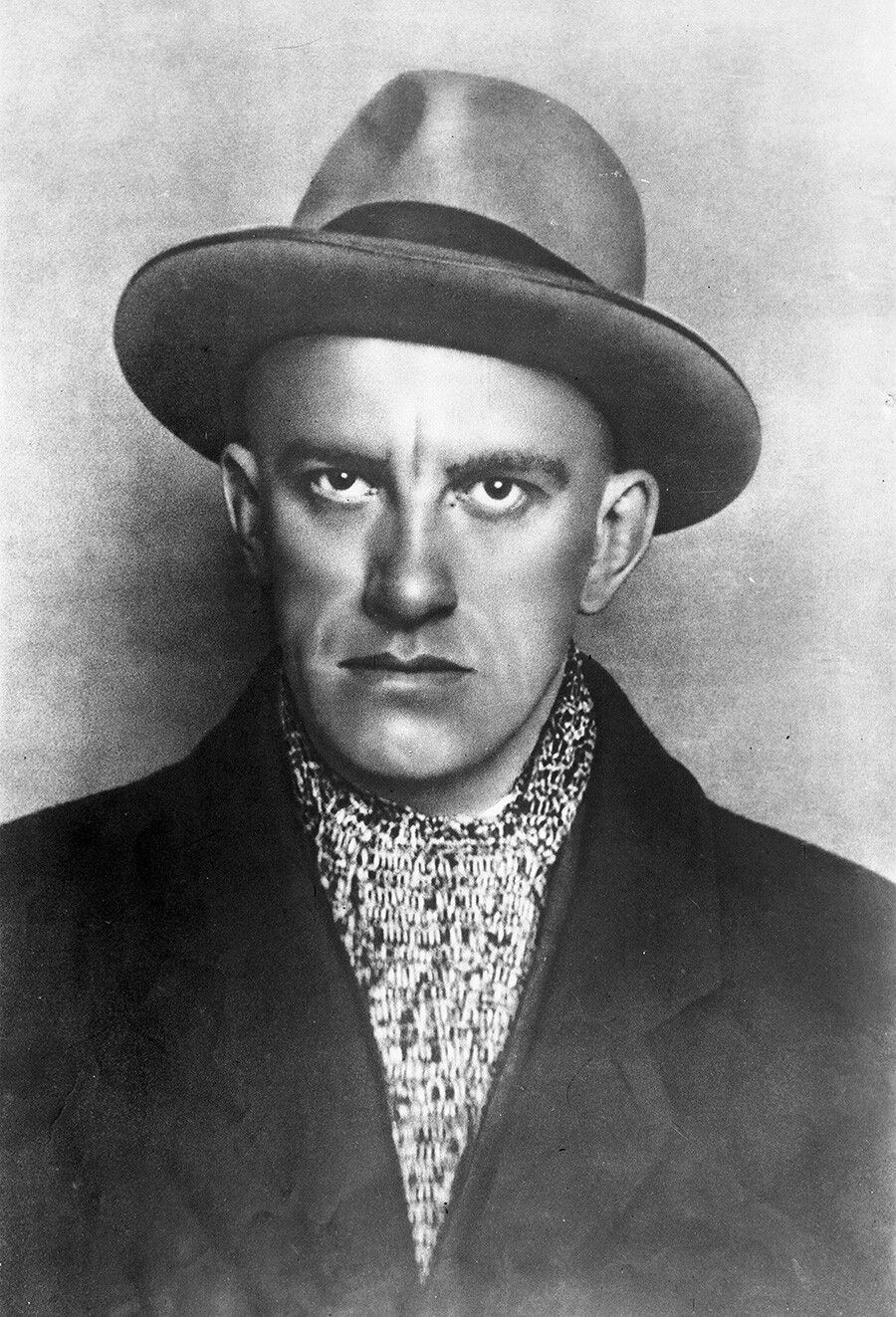 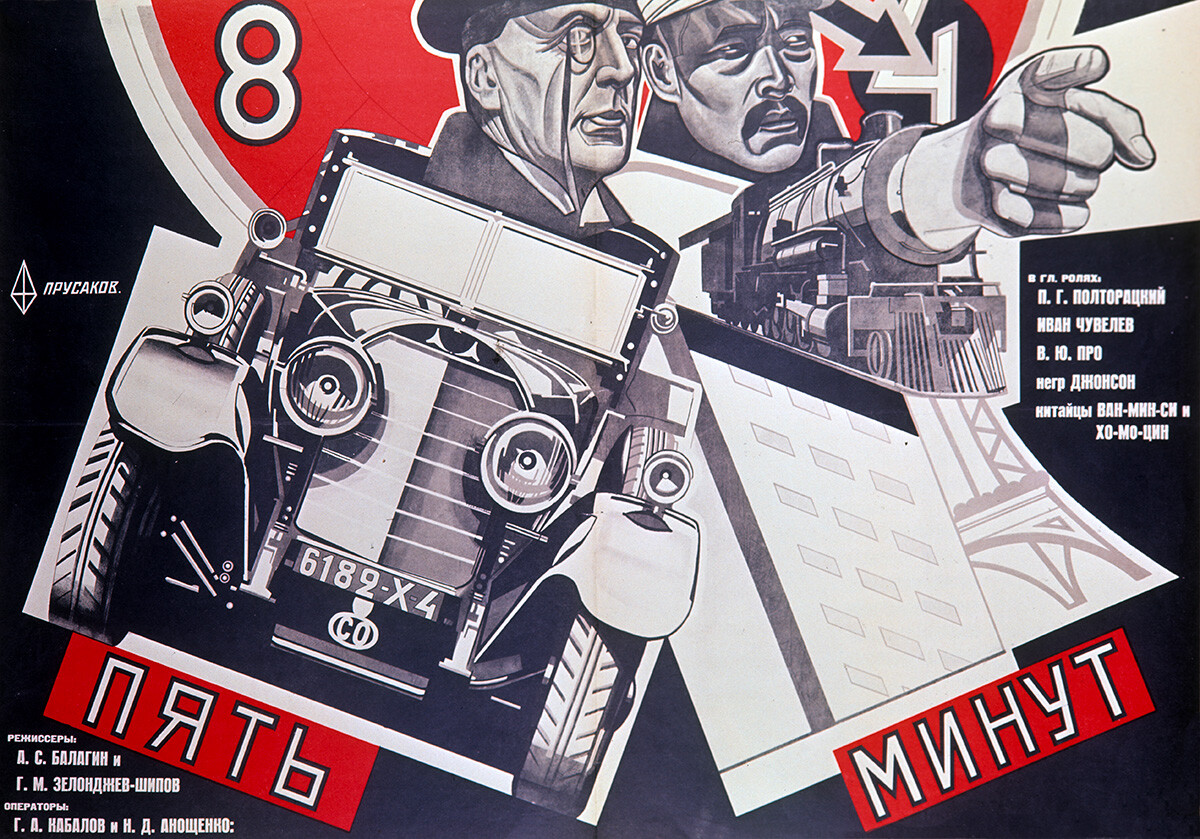 Rodchenko was one of the first to see great potential in photomontage. He perceived it as a new art form and experimented with this technique as much as he could. 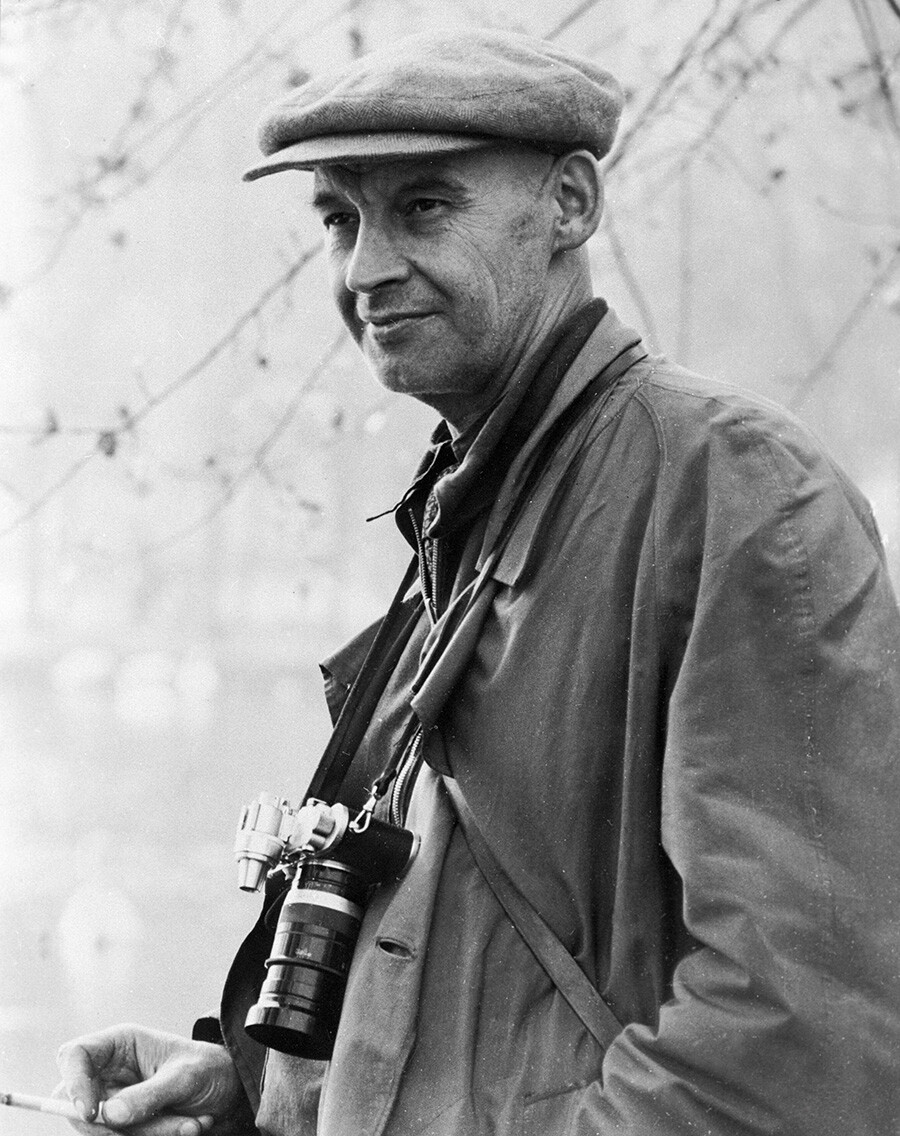 In 1924, Rodchenko decided to literally take matters into his own hands. He bought himself a light-weight handheld 35-mm camera and began to experiment with angles and perspectives.

Rodchenko used photography to expand the parameters of how and what he saw. He captured the world from above, below and all sides, urging the viewer to spot the unseen. “In order to teach a person to observe things from new angles, everyday familiar objects must be shown to him from totally unexpected perspectives and in unexpected situations. New objects should be depicted from different sides in order to provide a complete impression of the object,” the artist said.

Rodchenko strove, as Soviet poet and critic Osip Brik once remarked, to turn a familiar thing into something “seemingly never seen before”. He even photographed nature as if it were a purely technical thing. A tree was transformed into a mast or a factory chimney, while a flower resembled an antenna or a propeller. 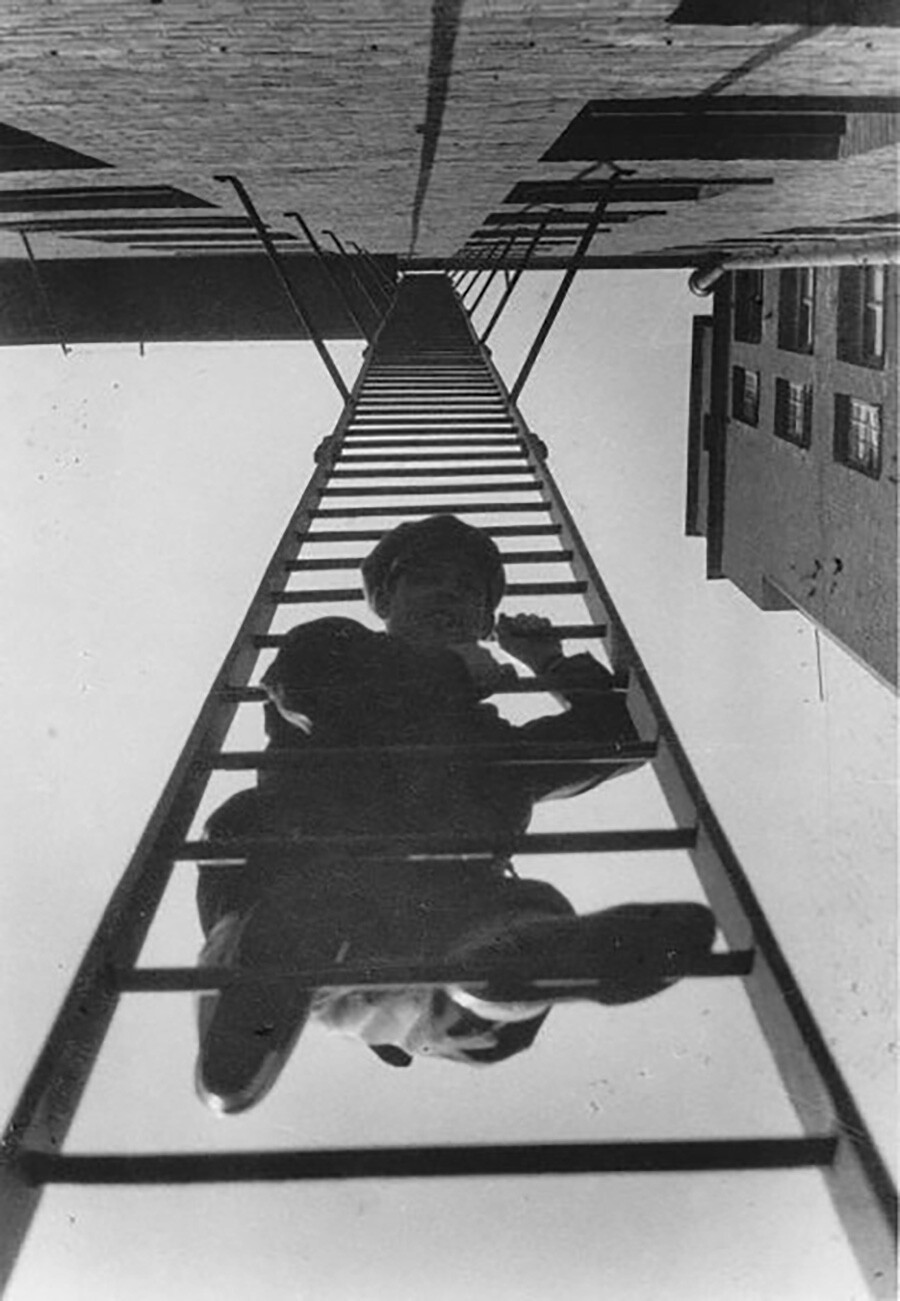 The biggest challenge was to literally change a person’s point of view, expanding their ability to look at things. By 1928, Rodchenko had written more than ten essays that asserted his photographic principles.

In 1920, Rodchenko began lecturing at VKhUTEMAS (Higher state artistic and technical studios), whose educational program was similar to that of the famous Bauhaus that existed in Germany from 1919 to 1933. His students in Moscow received a combination of practical experience and education, making physical objects from scratch. Under Prof. Rodchenko’s guidance, they created unconventional objects, such as a bus station and an off-road sled train. 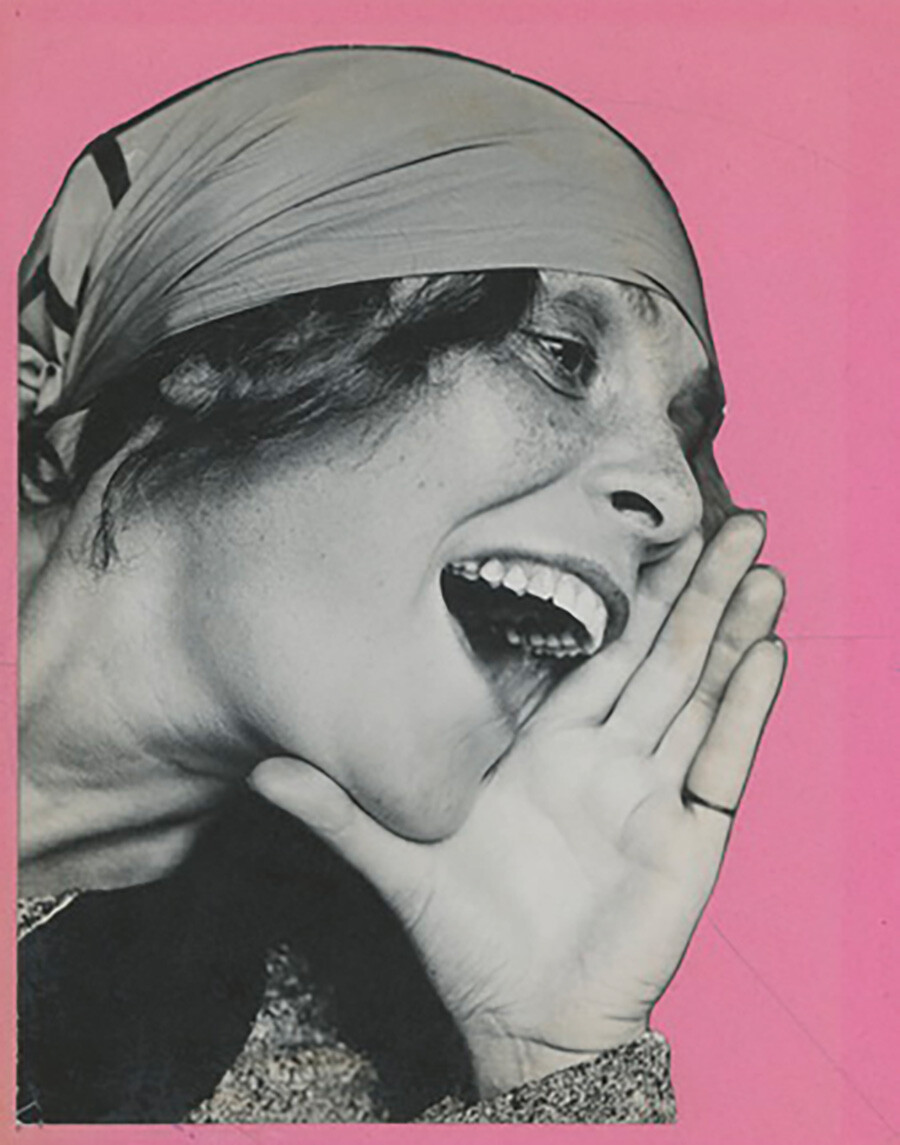 In 1925, Rodchenko was sent to Paris to take part in the International Exhibition of Modern Decorative and Industrial Arts. Rodchenko designed a ‘Workers’ Club’ at the Soviet Pavilion. The Parisian public was also impressed by his propaganda graphics. His catchy posters won a silver medal at the Paris exhibition.

6. Was accused of formalism and plagiarism

In the late 1920s, Soviet avant-garde artists were accused of formalism, with Rodchenko  slammed for “adherence to bourgeois influences” of French and German photographers. The artist was deeply upset at the accusation: “How is it that I support the Soviet power with my whole heart and work to the best of my ability, with faith and love for it and suddenly we are all wrong?” he wondered. 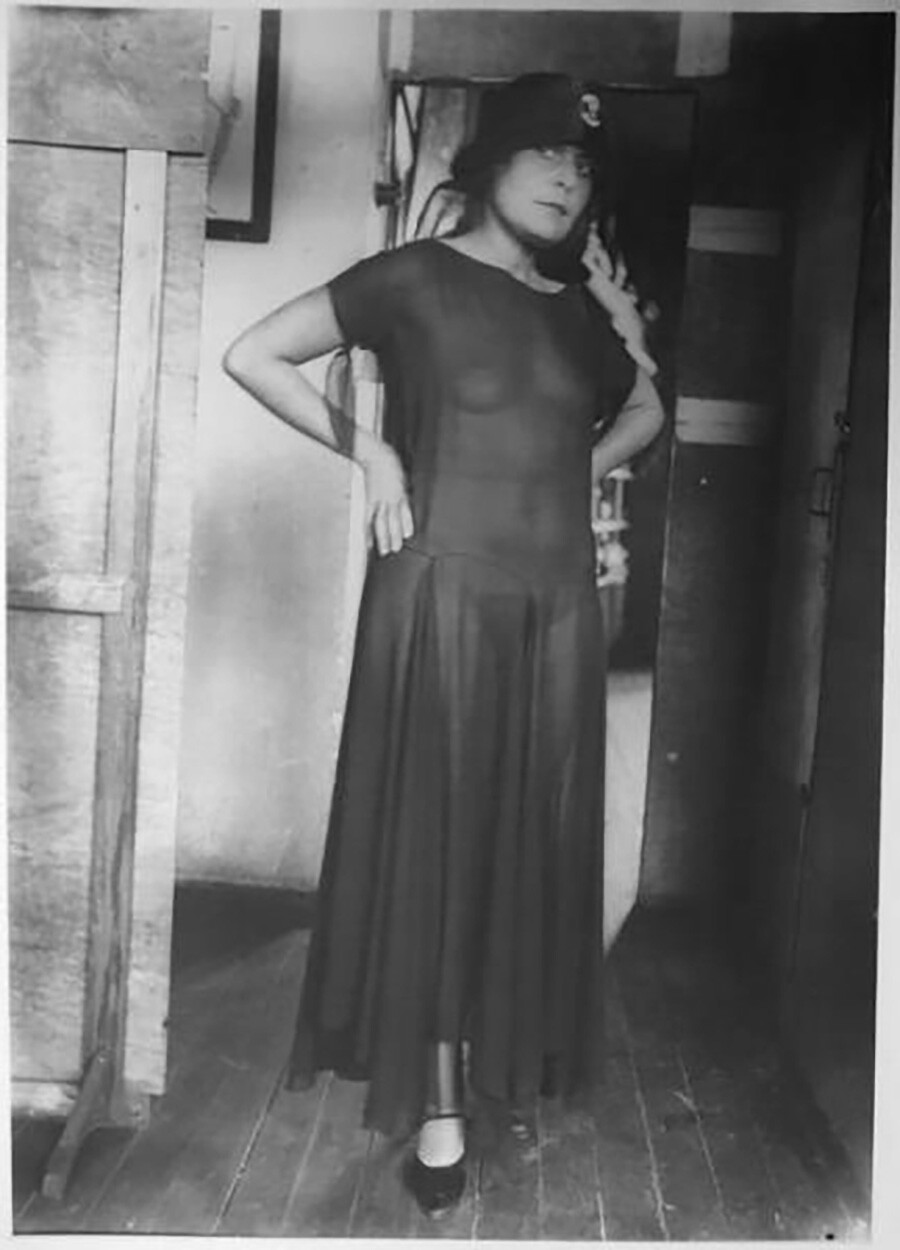 In 1933, Rodchenko had a chance to improve relations with the Soviet authorities. He was asked to design an issue of the state propaganda magazine, entitled the ‘USSR at a Construction Site’ and dedicated to the construction of the Baltic-White Sea Canal. Rodchenko made clear, strong images and was back on [state-approved] track again, becoming one of the creators of the new “proletarian” aesthetics. 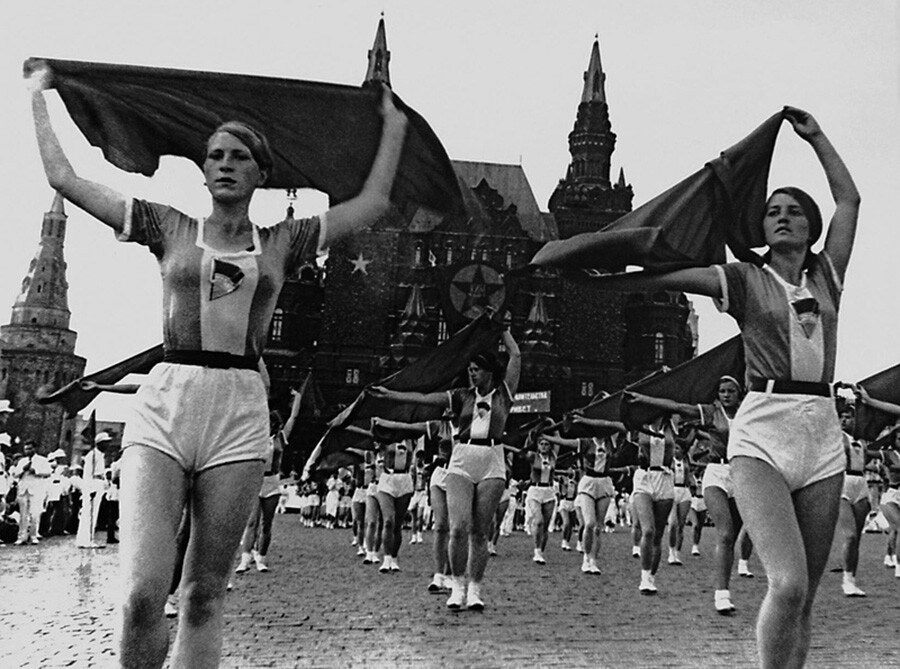 His images of sports parades were the apotheosis of Socialist Realism. But Rodchenko’s fragile idyll with the Soviet state collapsed in 1937.

The artist didn’t fully accept the regime and his work no longer brought him satisfaction. He returned to painting in the late 1930s and took photographs of circus artists in the 1940s.

After the Great Patriotic War, towards the end of his life, Rodchenko created very little. Tired of politics in art, he designed books and albums. In 1951, Rodchenko was expelled from the ‘Union of Artists’.

Only four years later, largely through the efforts of his wife, his membership was restored. But by that time, it didn’t really matter.