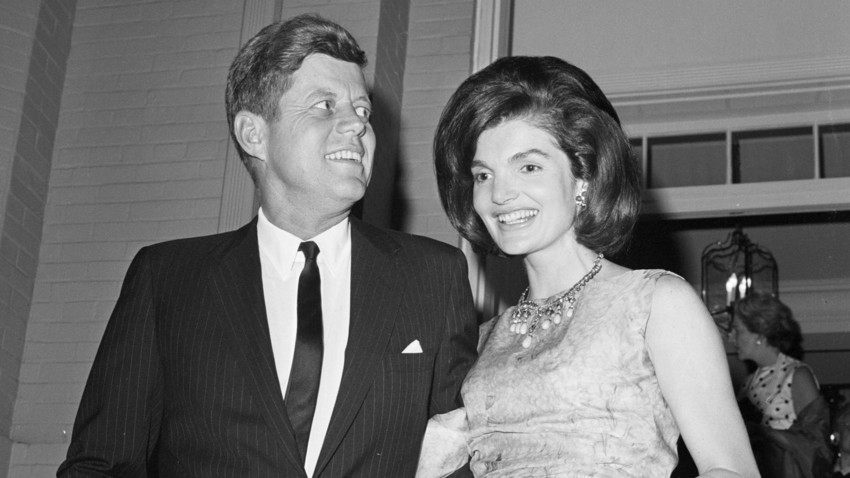 Getty Images
A playboy. A bon vivant. An aristocrat. The designer behind Jackie Kennedy's iconic look. Oleg Cassini wasn’t just a man of good instincts and style. He had an impeccable taste for beautiful women, courtesy of his Russian roots.

First Lady Jacqueline Kennedy called Oleg Cassini her ‘Secretary of Style’, the job title that spoke volumes about the designer’s reputation, status and authority that comes with it.

Oleg Cassini was born as Oleg Loiewski in 1913 in Paris, into an aristocratic Russian family with Italian ancestry. His father was an impoverished Russian count and diplomat, while his mother, an Italian countess, was the daughter of the Tsar’s Ambassador to Washington at the end of the 19th century. The 1917 Bolshevik Revolution literally turned their life upside down. They lost a fortune and, like many others, from revered composer Sergei Rachmaninoff to renowned philosopher Nikolai Berdyaev, the Loiewski family was forced to leave Russia and move back to Europe. They moved to Florence, Italy, where Oleg’s mother, Marguerite Cassini, opened a fashion boutique.

Oleg, who took his mother’s beautiful last name, enrolled at the University of Florence where he studied Political Science and fine art under legendary French designer Jean Patou.

In 1936, hungry for adventure, Oleg Cassini headed off to America. He said he didn’t have too much luggage, just “a tuxedo, two tennis rackets, a title and talent”. 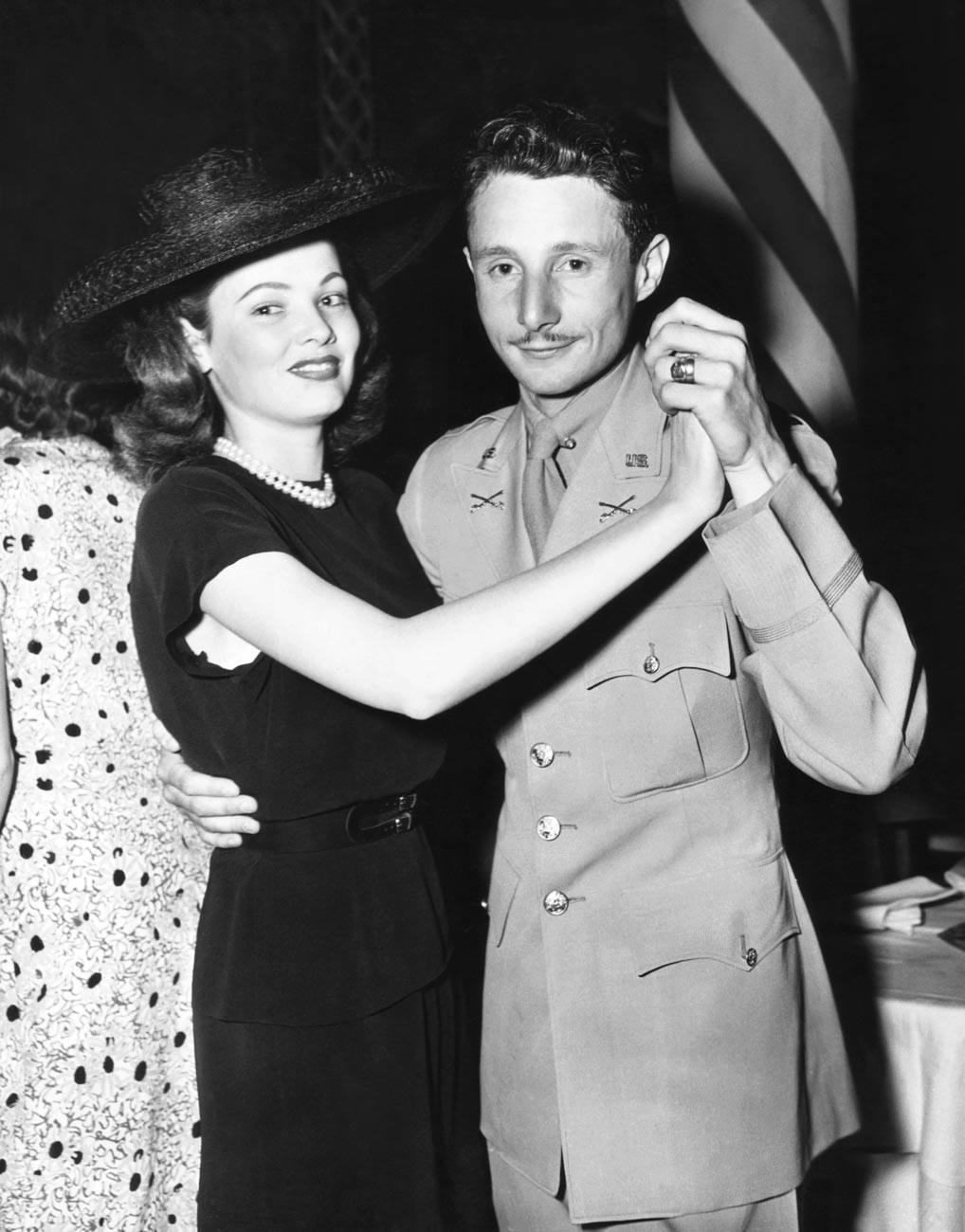 But one important detail that Cassini forgot to mention in his autobiography, entitled ‘In My Own Fashion’, is his charming lady-killer smile. It opened many doors for him.

Cassini was a notorious womanizer with a capital ‘W’. He was married to the ‘Leave Her to Heaven’ goddess of beauty, Gene Tierney. After their divorce, the insatiable playboy got engaged to one of the most beautiful women of all time, Grace Kelly, who later dumped Oleg to marry Prince Rainier of Monaco (the ‘Mogambo’ star, however, later owned up that she regretted that decision). 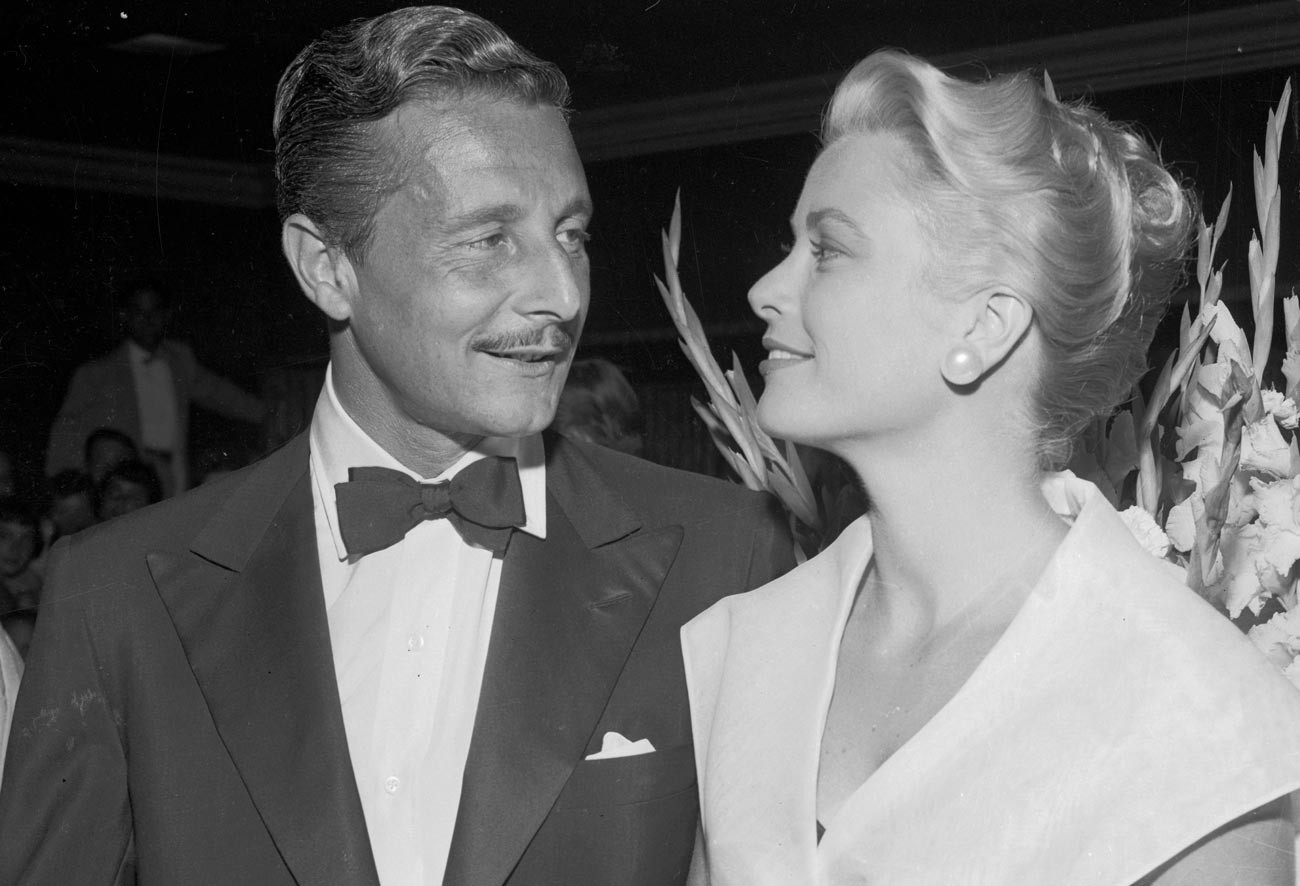 In the United States, Cassini worked for Paramount Pictures, America’s oldest film studio, as a costume designer, dressing Hollywood stars and A-list celebrities. The designer is believed to have had a myriad of affairs, including passionate liaisons with Marilyn Monroe and Anita Ekberg. 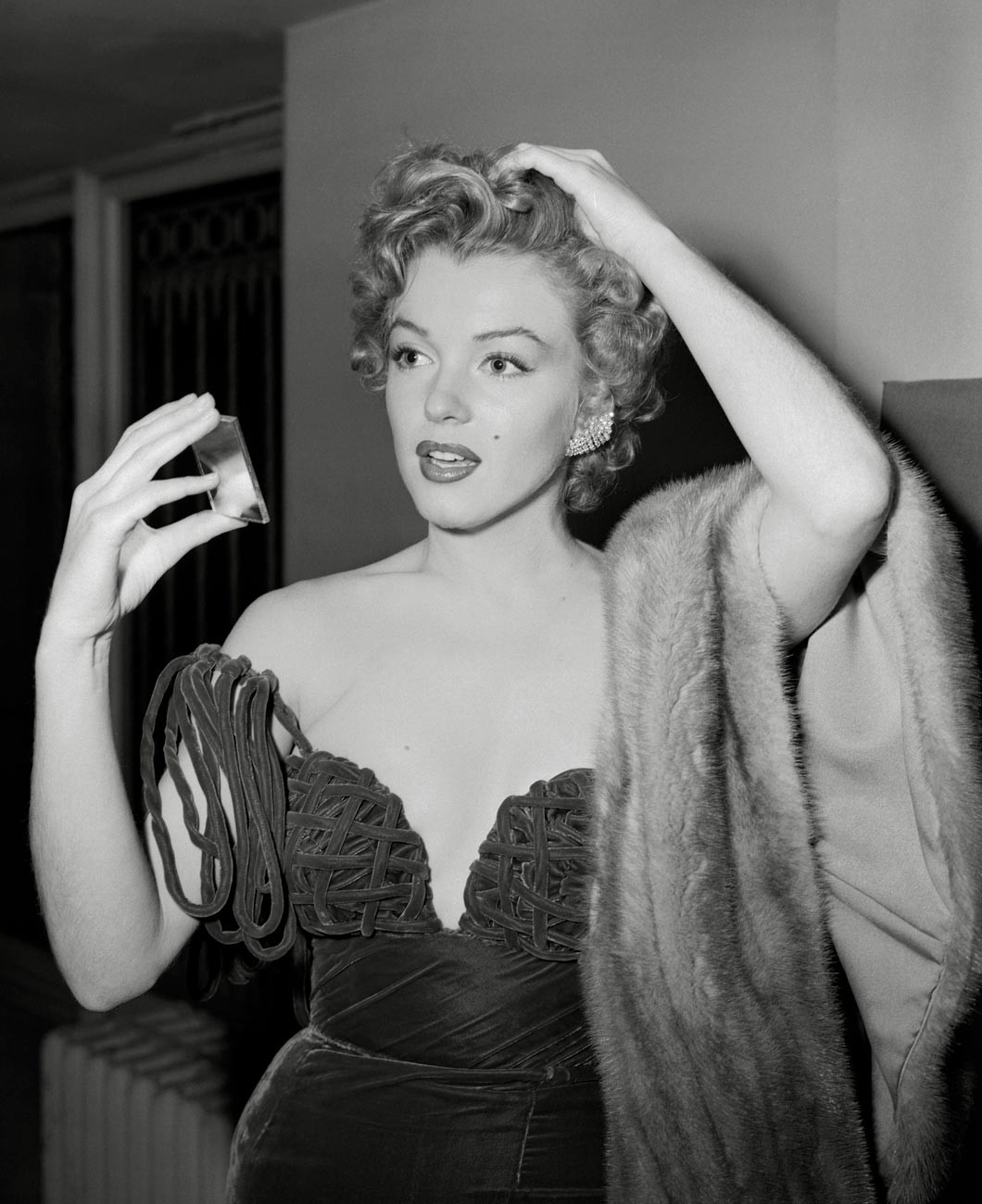 Apparently, fashion ran in his family’s blood. It was Oleg’s younger brother, gossip columnist Igor Cassini, who coined the phrase that has been used by fashionistas across the world, “the jet set”.

Jacqueline became First Lady in 1965, when her husband, John Fitzgerald Kennedy, took the oath of office to become the 35th U.S. president. 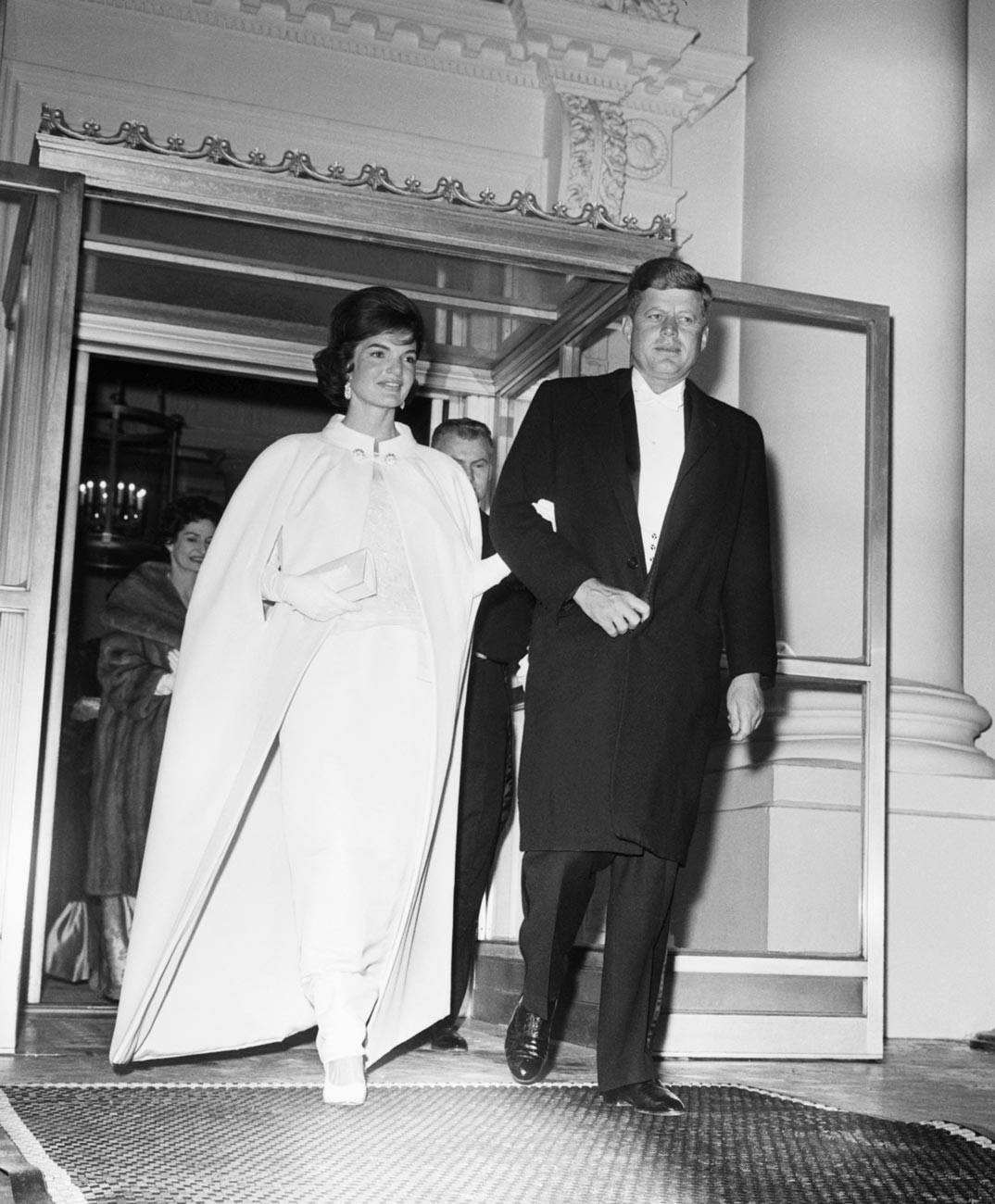 For Jackie Kennedy (née Bouvier), her public image was as vital as the weather forecast. Naturally, it had to be both cool and accurate.

Jackie’s father had French, Scottish, and English ancestry and his daughter adored everything French since early adulthood. On top of it, she received a Bachelor of Arts degree in French literature. But after becoming First Lady of the United States, 31-year-old Jaqueline Kennedy could no longer wear the outfits of her beloved luxury brands like Givenchy and Chanel, as this would be immediately deemed as unpatriotic faux-pas.

And that’s when she turned to Oleg Cassini. 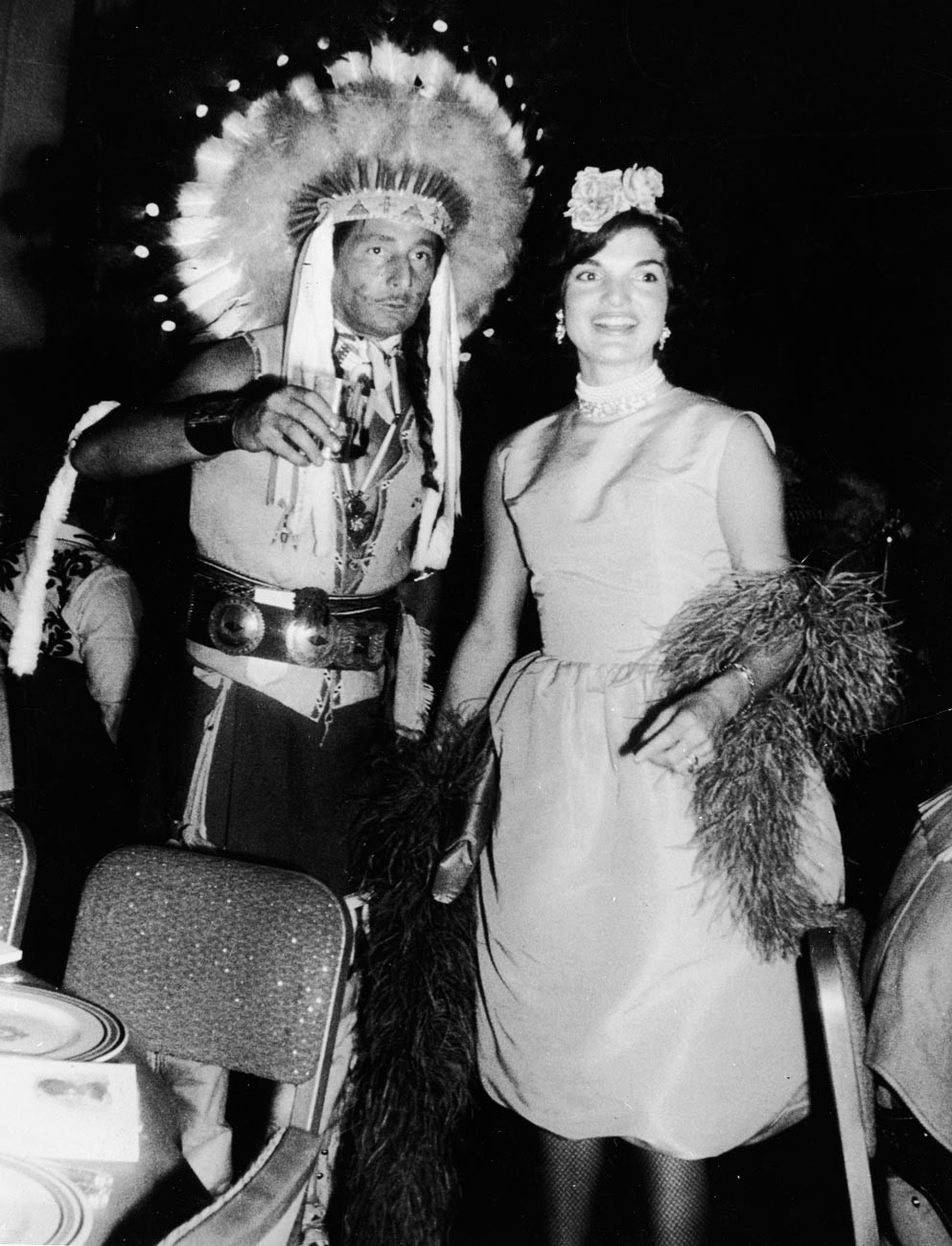 Oleg Cassini and Jacqueline Kennedy attending a costume party in the early 1960s.

The designer created more than 300 outfits for Jacqueline Kennedy during her White House sojourn, from 1961 to 1963. Not only was Cassini the man behind Jackie’s look, he was her friend, too. Thanks to Cassini, Jackie became the epitome of grace and style.

Cassini had a sixth sense for glamorous style. He designed A-line, geometric dresses, tailored suits, pillbox hats, gloves, shoes and even handbags for the First Lady and invented the so-called ‘Jackie’s look’. Cassini orchestrated her wardrobe as if it were Tchaikovsky’s ‘Concerto No. 1’, with an eye for the minutest detail and a commitment to excellence. 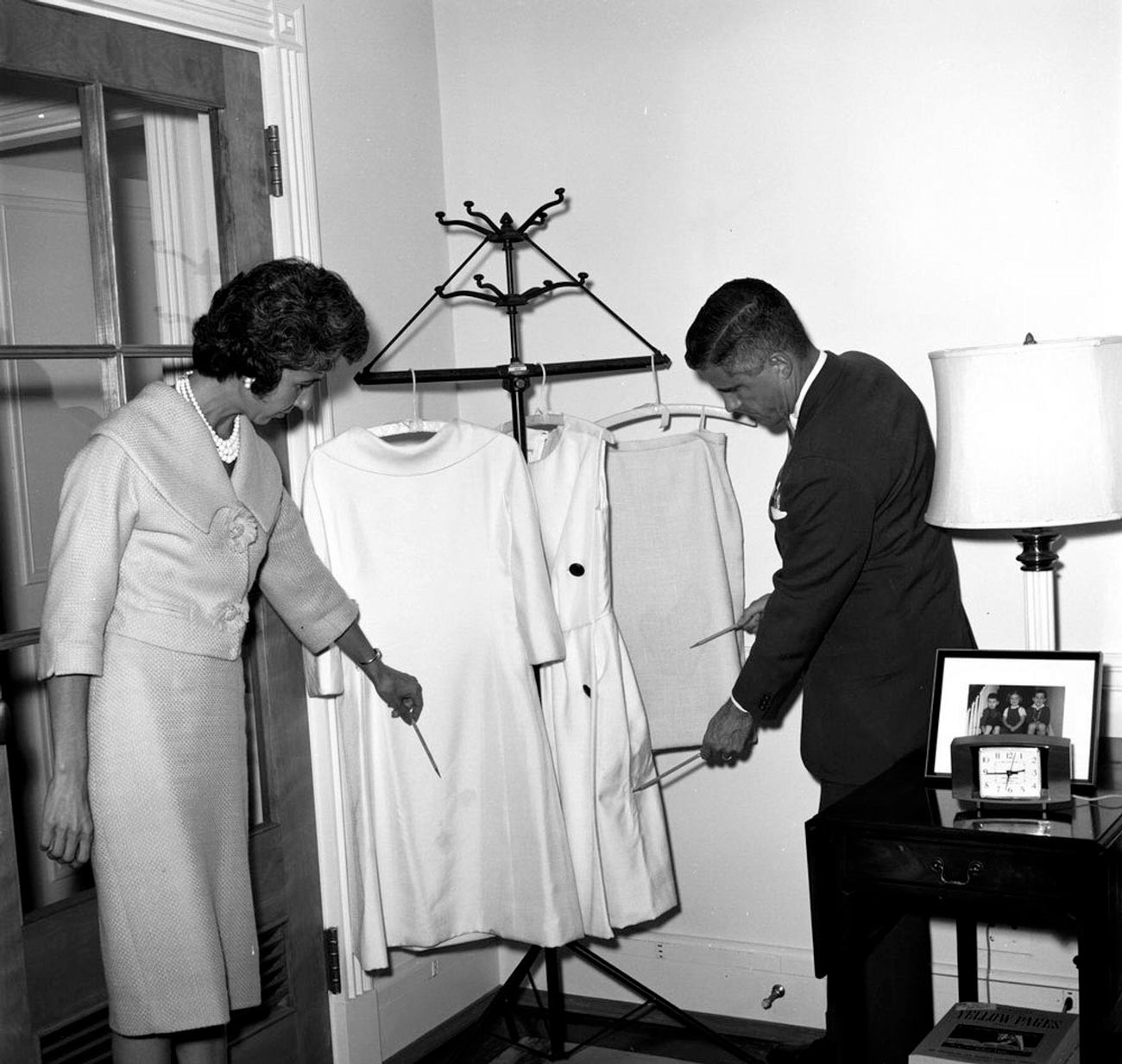 A First Lady of the highest order, Jackie Kennedy’s outfits were much more than just her personal whims or flashes of emotion. They were a confident, chic statement.

And although some critics said Cassini didn’t invent anything, but copied the outfits of famous French couturiers instead, one thing is certain. Fashion was hardly ever about trends and brands, but about keeping your “heels, head and standards high”, as Jackie’s favorite grande dame of fashion Gabrielle Chanel had once said. 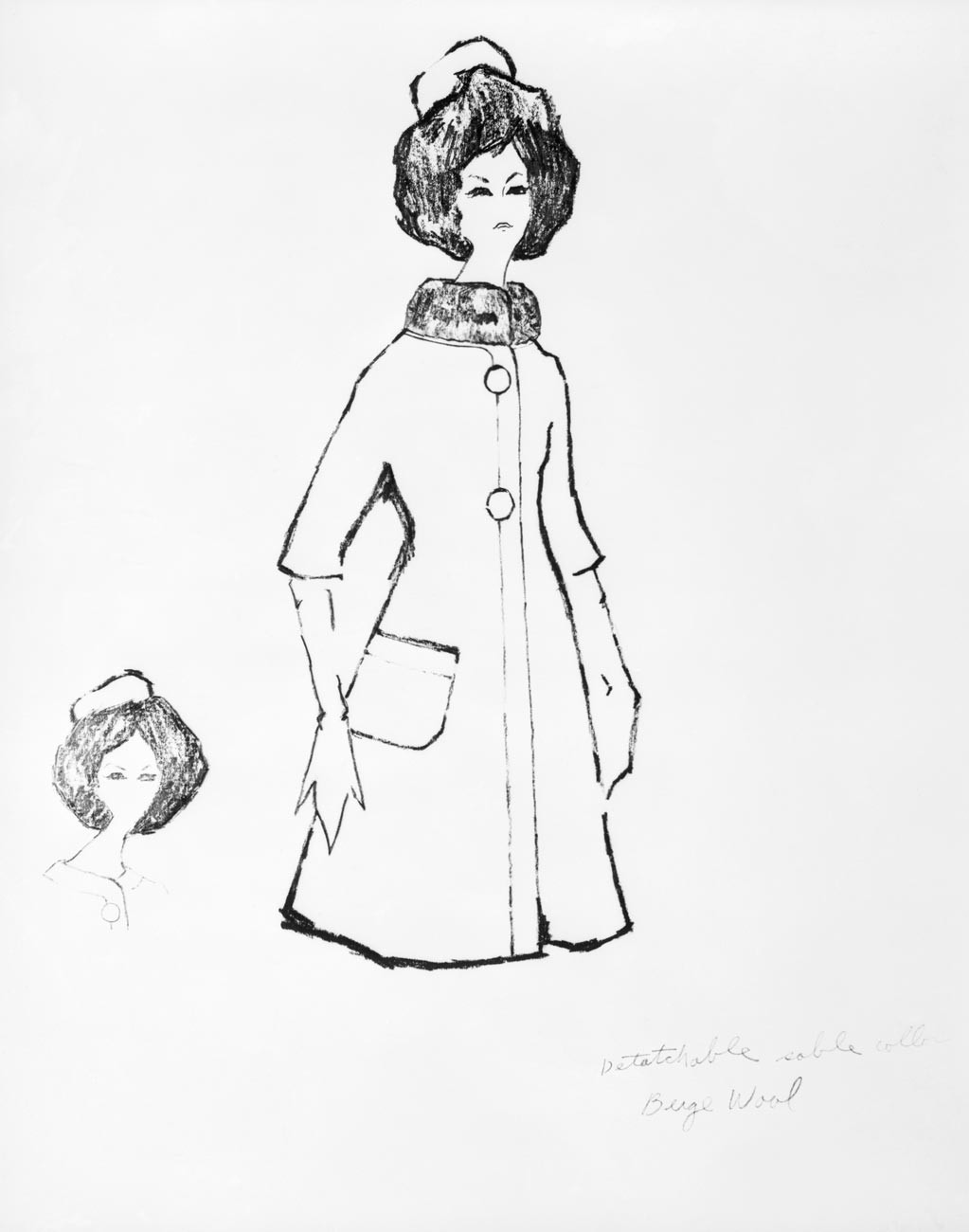 A sketch showing the coat of soft-finish wool in fawn color designed by Oleg Cassini.

Cassini, who broke new ground in the fashion business with licensing agreements and created an empire worth millions, tried to keep his head up high until the ripe old age of 92. He died on Long Island, New York, in 2006. He lived to see his signature dresses being displayed at the Metropolitan Museum of Art in an exhibit modestly entitled ‘Jacqueline Kennedy: The White House Years’.