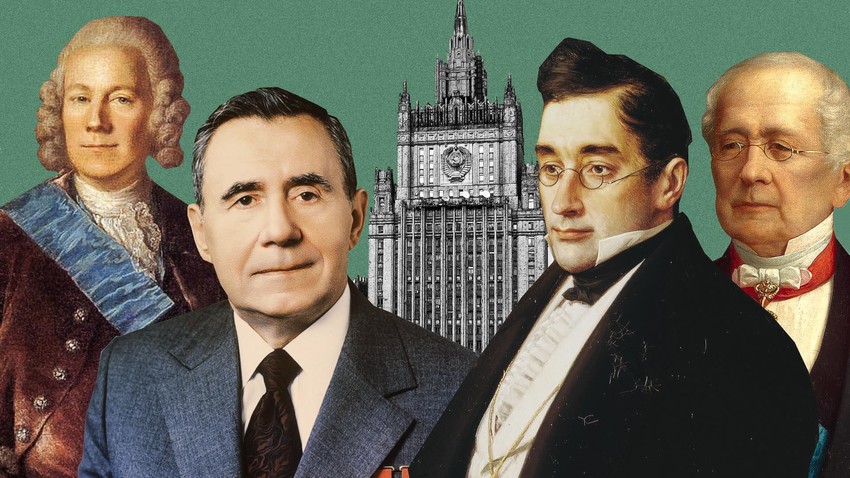 Louis Tocqué; Ivan Kramskoy; Nikolai Bogatsky Sputnik; Russia beyond
Diplomacy is the art of exerting influence and pressure when it suits your country’s best interest. We’ve chosen some of Russia’s most effective diplomats, who proved that dialogue and diplomacy can do wonders and help avoid conflicts with rival nations.

Griboedov went down in history as the author of a hit comedy called ‘Woe from Wit’. His achievements as a playwright (and a talented pianist) were matched by equally notable triumphs in diplomacy. 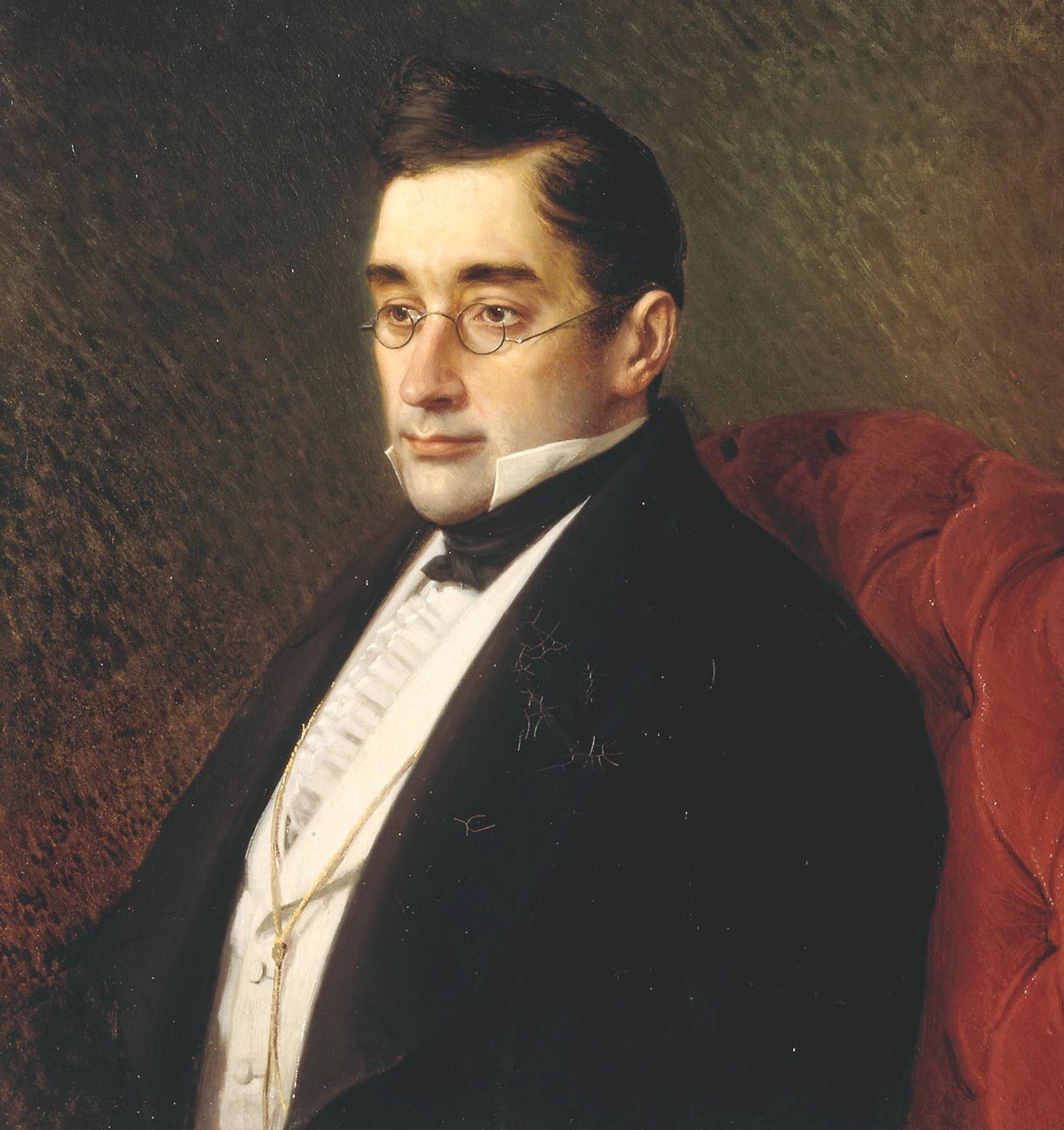 The man behind ‘Woe from Wit’ was a man of courage and honor.

“His melancholy, his toxic mind, his good nature, the very weaknesses and vices, the inevitable companions of humanity - everything in him was unusually attractive,” Russia’s greatest poet Alexander Pushkin (who also started his service in the Foreign Ministry in 1817) wrote about his old friend.

Griboedov joined the diplomatic service as an interpreter in 1817 (he was a polyglot and knew several languages). Aleksandr was assigned to the Russian mission in the United States, but refused the post. Instead, Griboedov took a more strategic path and was appointed secretary to the tsar’s chargé d'affaires of Persia (now modern Iran).

While working in Persia and the neighboring Caucasus, Griboedov learned Arabic, Turkish, Georgian and Persian. He took part in the key meetings and agreements that saw the conclusion and ratification of the Treaty of Turkmanchay, which ended the Fifth Russo-Persian War in 1828 and was beneficial for the Russian Empire (Russia and Persia fought over disputed governance of territories in the Caucasus.)

Griboedov was then appointed ambassador to Iran and this time around accepted the high post. But tragedy struck when Griboedov was heading to Tehran, where he was supposed to meet the Shah of Iran in his new diplomatic capacity. But Griboedov, among other things, was actively engaged in helping captive Russian citizens return safely to their homeland. He was someone who always lent a helping hand to those in need. In late January, 1829, an anguished appeal for help came from two Armenian women, who found themselves in the harem of a Persian man. Griboedov’s attempt to rescue the women triggered violent reprisals against the Russian diplomat.

On January 30, 1829, a crowd, incited by Muslim fanatics, attacked the Russian mission in Tehran. Griboedov was murdered, along with the entire staff of the Russian embassy. Only senior secretary Ivan Maltsov had survived the assault. A sly and treacherous person, he had tried to convince Griboedov to follow in his footsteps and hole up somewhere quiet. The man behind ‘Woe from Wit’ was a man of courage and honor, however. “The Russian nobleman doesn’t play hide and seek,” Griboedov fatefully replied.

Viskovatiy is known as a godfather of Russian diplomatic service. The first Foreign Ministry of Russia - the Posolsky Prikaz (Ambassadorial Board) was set up and mentioned for the first time on February 10, 1549. Its first head, Ivan Viskovatiy, was appointed to the diplomatic post by none other than Tsar Ivan the Terrible. Viskovaty was one of the tsar’s closest advisers. He was a close confidant of Ivan Grozny in the matter of succession to the throne (when Ivan Grozny became ill in 1553, Viskovatiy took the risk to propose to the tsar to choose a successor.) 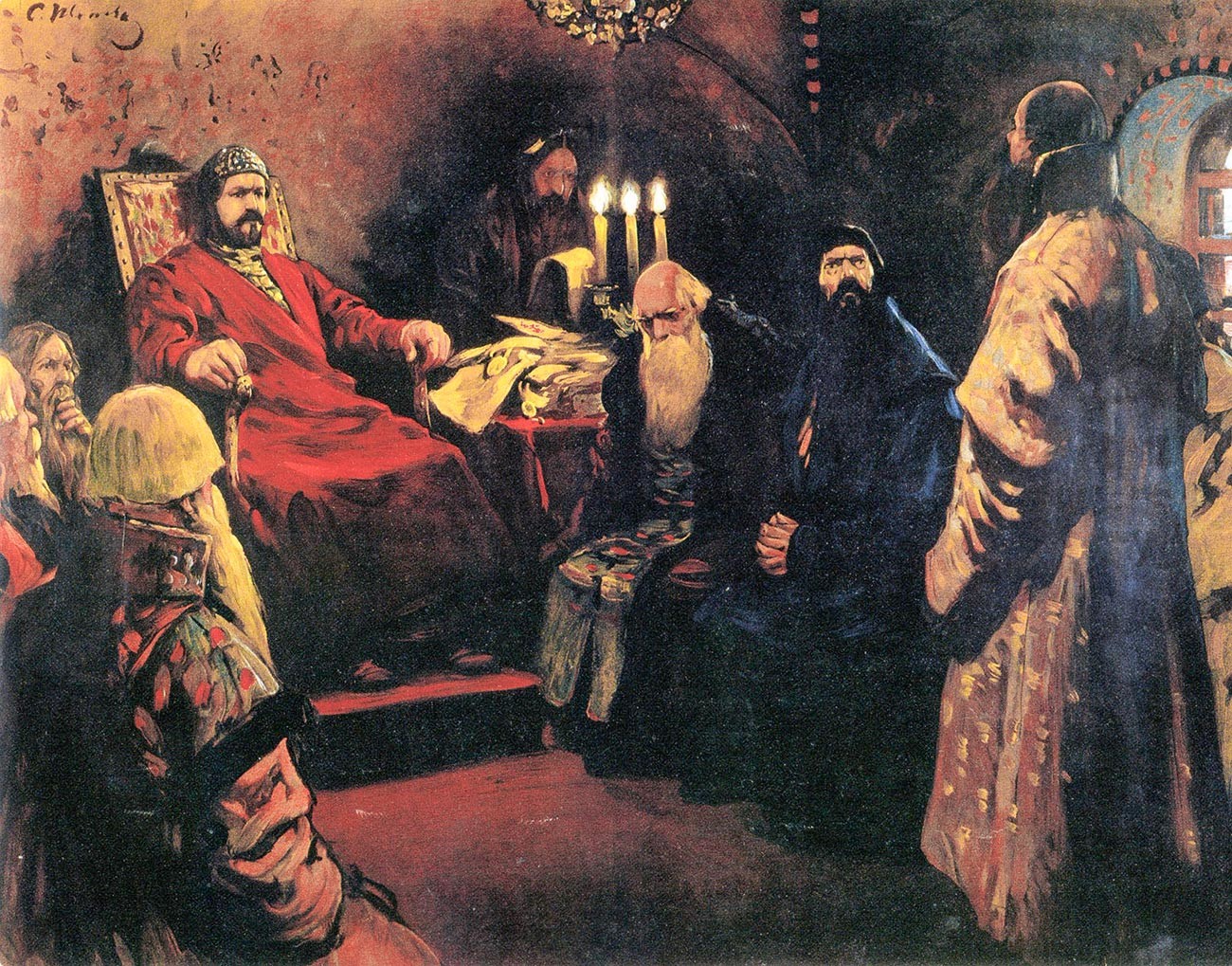 In 1566, Viskovatiy took part in the Zemsky Sobor (national assembly of the land).

Like a doctor who first poisons his patient and then heals the pain, Viskovatiy was one of the staunchest supporters of invading Livonia (a historical region on the eastern coast of the Baltic Sea) in 1558. This marked the beginning of the Livonian War (during which Russia fought Lithuania, Poland and Sweden for control of the territories). Viskovatiy held negotiations with the Livonian ambassadors.

Under Viskovatiy, an alliance with Denmark was signed, and a 20-year truce with Sweden.  In 1566, Viskovatiy took part in the Zemsky Sobor (national assembly of the land).

However, like many influential people from the entourage of Ivan the Terrible, as quickly as he rose to leadership, Viskovatiy fell out of favor all of a sudden. The diplomat was accused of plotting conspiracy and executed in 1570.

Another close friend of Alexander Pushkin, Prince Gorchakov devoted his whole life to the diplomatic service and has been described by many as one of the most influential diplomats in Russian history. 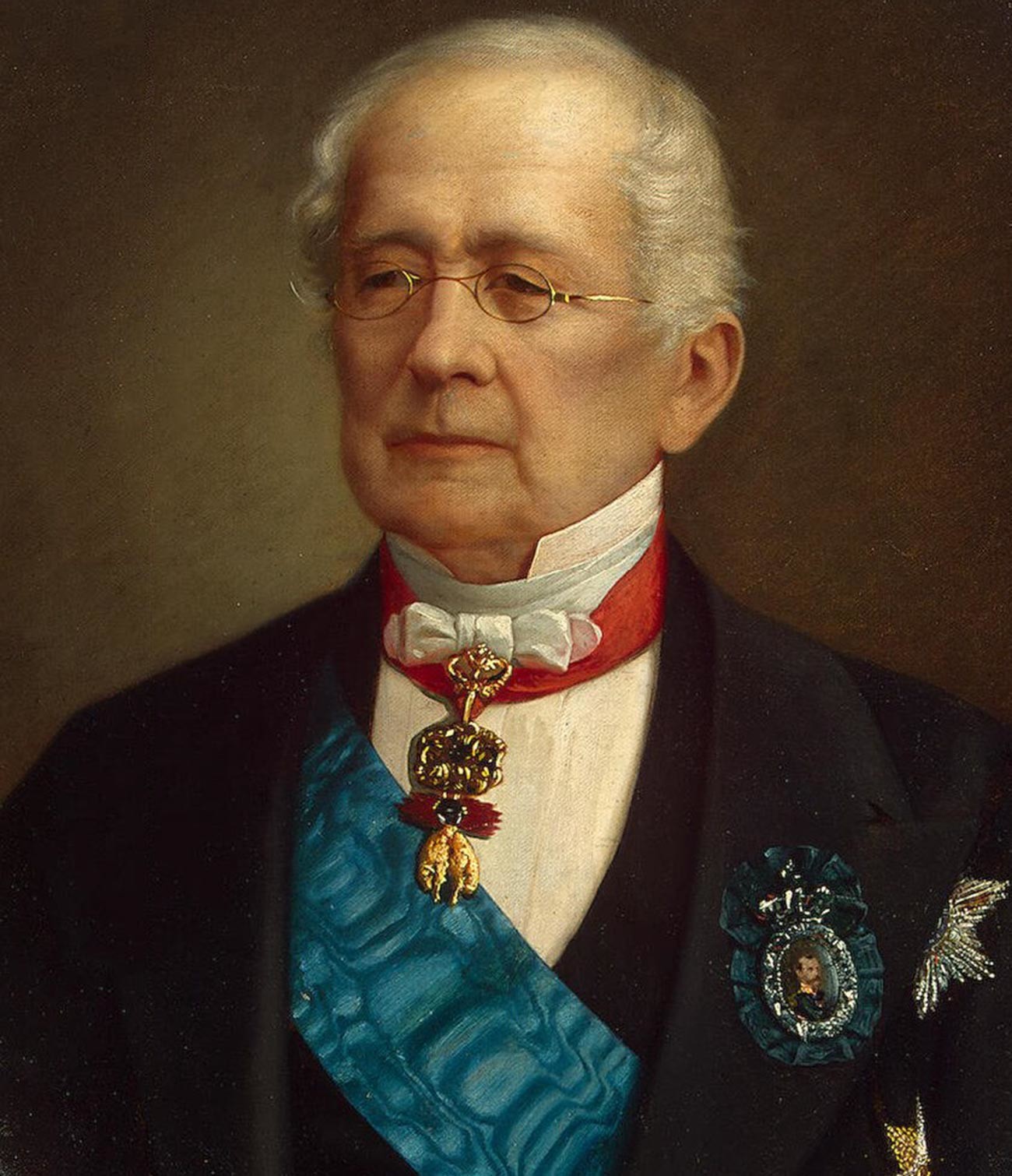 Prince Gorchakov devoted his whole life to the diplomatic service.

In 1822, he was appointed first secretary of Russian diplomatic mission in London. Several years later, Gorchakov, fluent in three languages, was transferred to Rome, Berlin, Florence and Vienna as a counselor of the Russian embassy. His career developed steadily until 1856, when Gorchakov was appointed foreign minister under Alexander II (who took the throne after the death of Nicholas I in 1856).

This happened after Russia’s embarrassing defeat in the Crimean War and the humiliating Paris Treaty (under which Russia could no longer base any military arsenals or fleet on the Black Sea). Russia lost the ability to influence European politics as a result. The head of the Russian Foreign Ministry initiated a thorny process aimed at lifting the restrictions imposed by the Paris Treaty.

The biggest challenge for Gorchakov in his new capacity as minister of foreign affairs was to rethink the fundamental principles of international relations between Russia and the rest of the world. Gorchakov, a freethinker of the highest order, came up with his famous, timeless remark: “Russia is being accused of isolating itself and keeping silent in the face of such facts that are not in harmony with either law or justice. They say Russia is angry. Russia is not angry, Russia is focusing.”

Under Gorchakov, Russia’s foreign policy made a U-turn from the so-called “noble internationalism” to the idea of protecting the country’s national interests. In 1866, Gorchakov was appointed the Imperial Chancellor or Russia (his predecessor, Count Nesselrode, who signed the Treaty of Paris, didn’t even speak Russian).

Like a chess master, Gorchakov always had to be two steps ahead of the game. In 1870, when the defeat of the French in the war against Prussia became inevitable, Gorchakov informed the European powers that Russia had renounced the prohibitions placed on it in the wake of the Crimean War, after which Russia won back the right to maintain a fleet in the Black Sea. That cemented the key legacy of his two and a half decades at the helm of the foreign ministry as the nation’s top diplomat.

Gorchakov held his posts of foreign minister and chancellor until 1882. An influential politician, Gorchakov is also said to have played a decisive role in shaping German chancellor Otto von Bismarck's political credo.

One of the most respected diplomats of the 18th century, Count Aleksey Bestuzhev-Ryumin was born to diplomacy. He was in charge of Russia’s foreign affairs during the reign of the empress Elizabeth, in the era of palace coups. 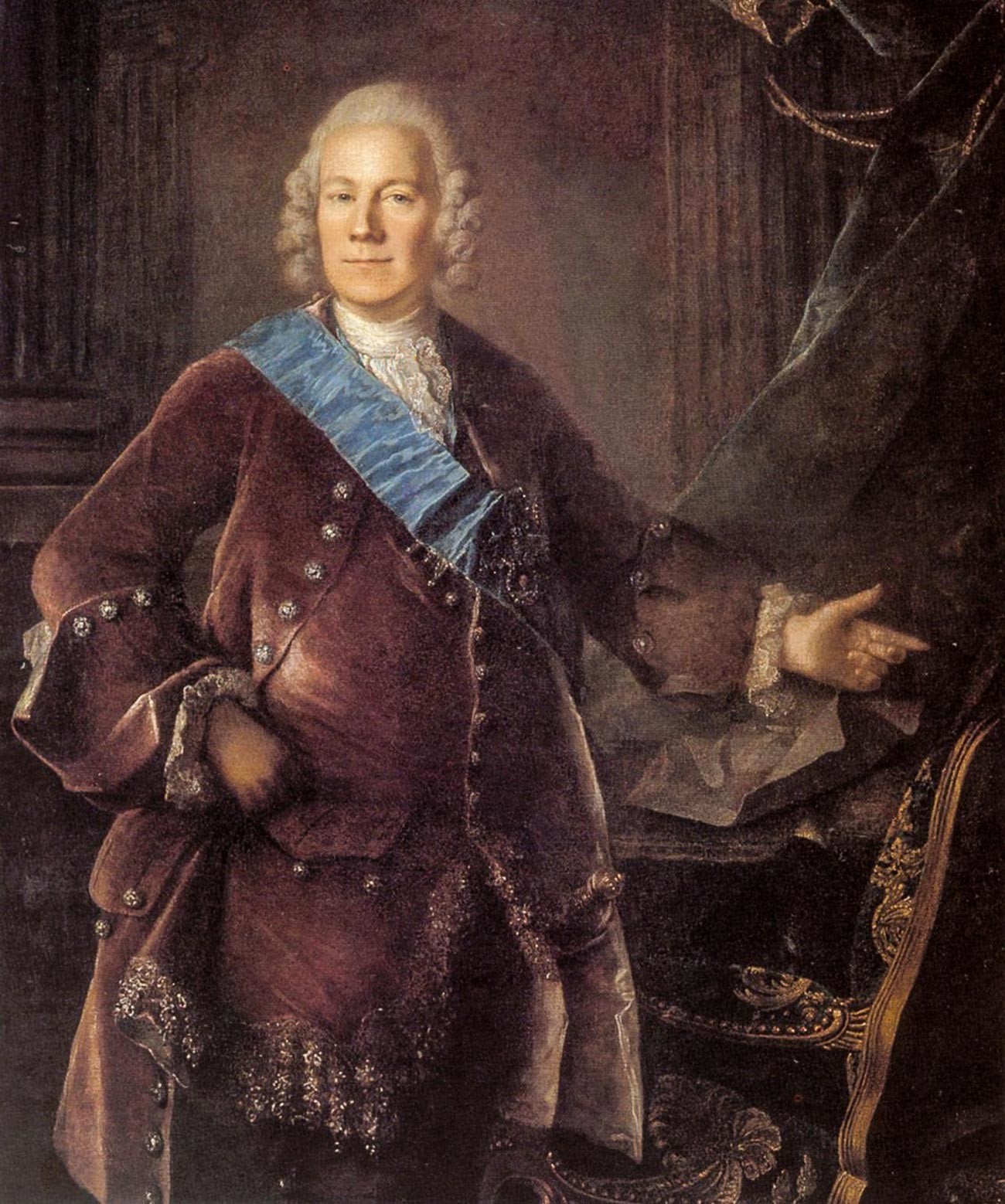 One of the most respected diplomats of the 18th century, Count Aleksey Bestuzhev-Ryumin.

In 1708, Aleksey was sent to Berlin and Copenhagen to receive a European education. In 1721, when the Treaty of Nystad put an end to the 20-year war between Sweden and Russia, Bestuzhev-Ryumin became the Russian minister at Copenhagen. Along with this important political success, the eastern shores of the Baltic were finally ceded to Russia. The main goal for Bestuzhev-Ryumin was to prevent Sweden from joining the new anti-Russian alliances. The top diplomat had to find allies among the representatives of the Swedish elite.

Bestuzhev-Ryumin made a significant contribution to the formation of Russia’s foreign policy. He was the first to propose a comprehensive program aimed at strengthening security at the nation’s borders and weakening its potential enemies. Under Bestuzhev, Russia really became a part of Europe and was actively taking part in all European affairs. His foreign policy activities largely predetermined the brilliant achievements of Catherine’s diplomacy.

And yet, the chancellor failed to make the European powers treat Russia as an equal partner. He overestimated the strength of Anglo-Russian ties. It later became quite evident that Russia can only rely on its own strength in Europe, a sentiment that still is apparent to this day.

Andrey Gromyko made his name as one of Russia’s most impressive foreign-policy diplomats. He was the USSR’s Minister of Foreign Affairs for nearly three decades (1957-1985). A towering man of 1.85 cm (6’1 ft), Gromyko had witnessed the historical epoch of the 20th century, having served under five Soviet leaders (from Joseph Stalin to Mikhail Gorbachev.) 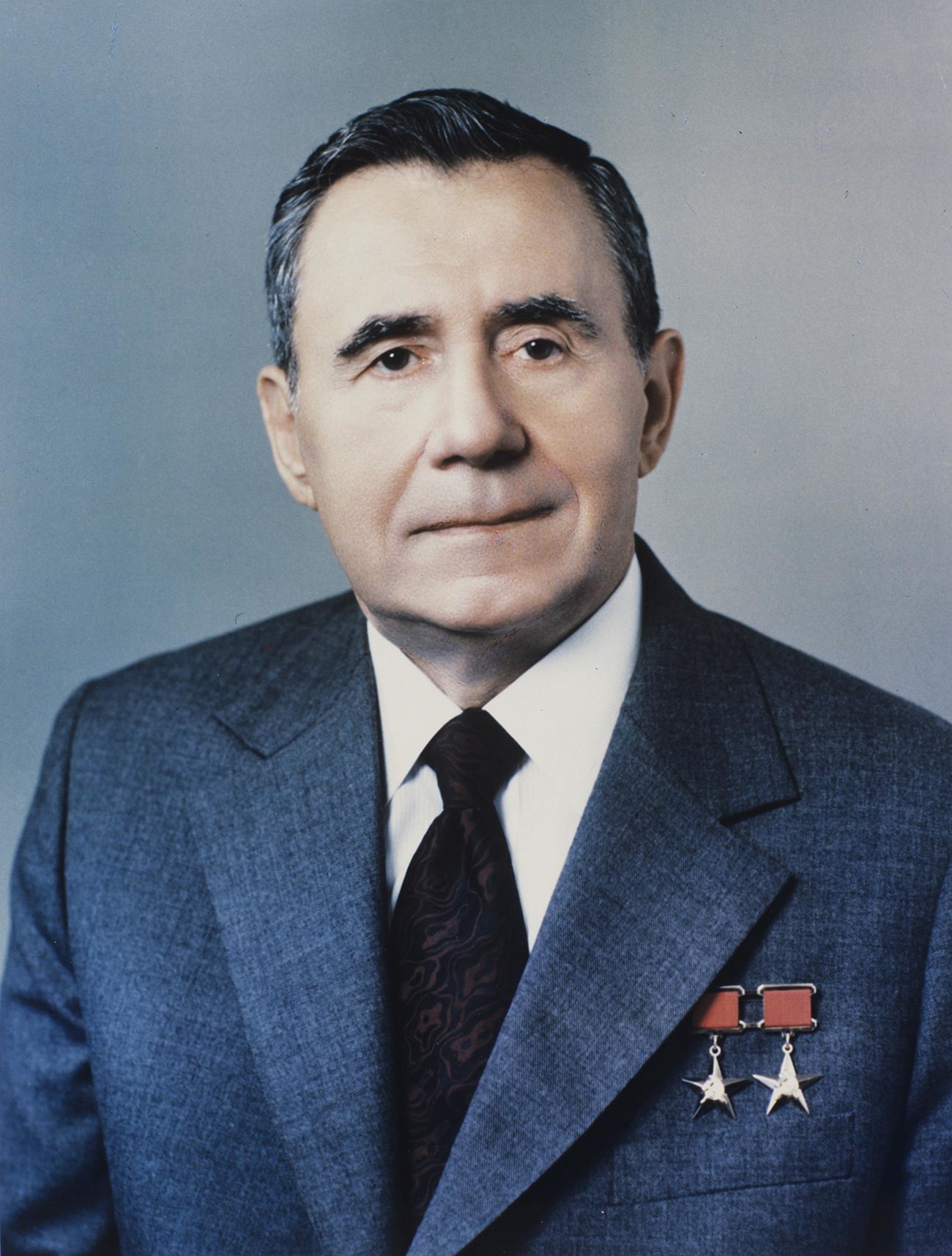 Andrey Gromyko made his name as one of Russia’s most impressive foreign-policy diplomats.

Gromyko moved on up the career ladder like a Hollywood star with a broad-ranging filmography. He started off as Ambassador of the USSR to the USA (1943-46), simultaneously holding the post of the USSR’s charge d’affaires in Cuba. His career in top level politics took off like a rocket with the preparation work for groundbreaking peace negotiations – the Tehran, Yalta and Potsdam conferences – and ended almost at the highest level - when Gromyko held several top leadership posts at once (he was foreign minister, chairman of the Presidium of the Supreme Soviet and deputy head of the USSR Council of Ministers).

READ MORE: Mr. NO: 5 facts about the USSR’s most iconic Foreign Minister

His negotiating style was tough and direct, to say the least. Gromyko headed the Soviet delegation to the conference on the creation of the UN in 1944, he was the first permanent representative of the USSR at the organization and also headed Soviet delegations at 22 sessions of the UN General Assembly. Gromyko used the USSR’s veto right in the UN Security Council more than 20 times. His refusal to give concessions earned him the nickname ‘Mr. No’.

Nothing was impossible to him! In 1963, Gromyko was the one who pushed for signing of the Treaty Banning Nuclear Tests in the Atmosphere, in Space and Under Water. The treaty deprived the United States of ample opportunities for testing and improving their nuclear weapons, while the USSR had won more time to equalize the score in the number of warheads. It was a time of rising concerns over an arms race, the time of the Cuban missile crisis, and attempts to avert a nuclear war. Diplomacy helped to peacefully resolve that crisis.