Wildly diverse Siberia - through the eyes of Siberians 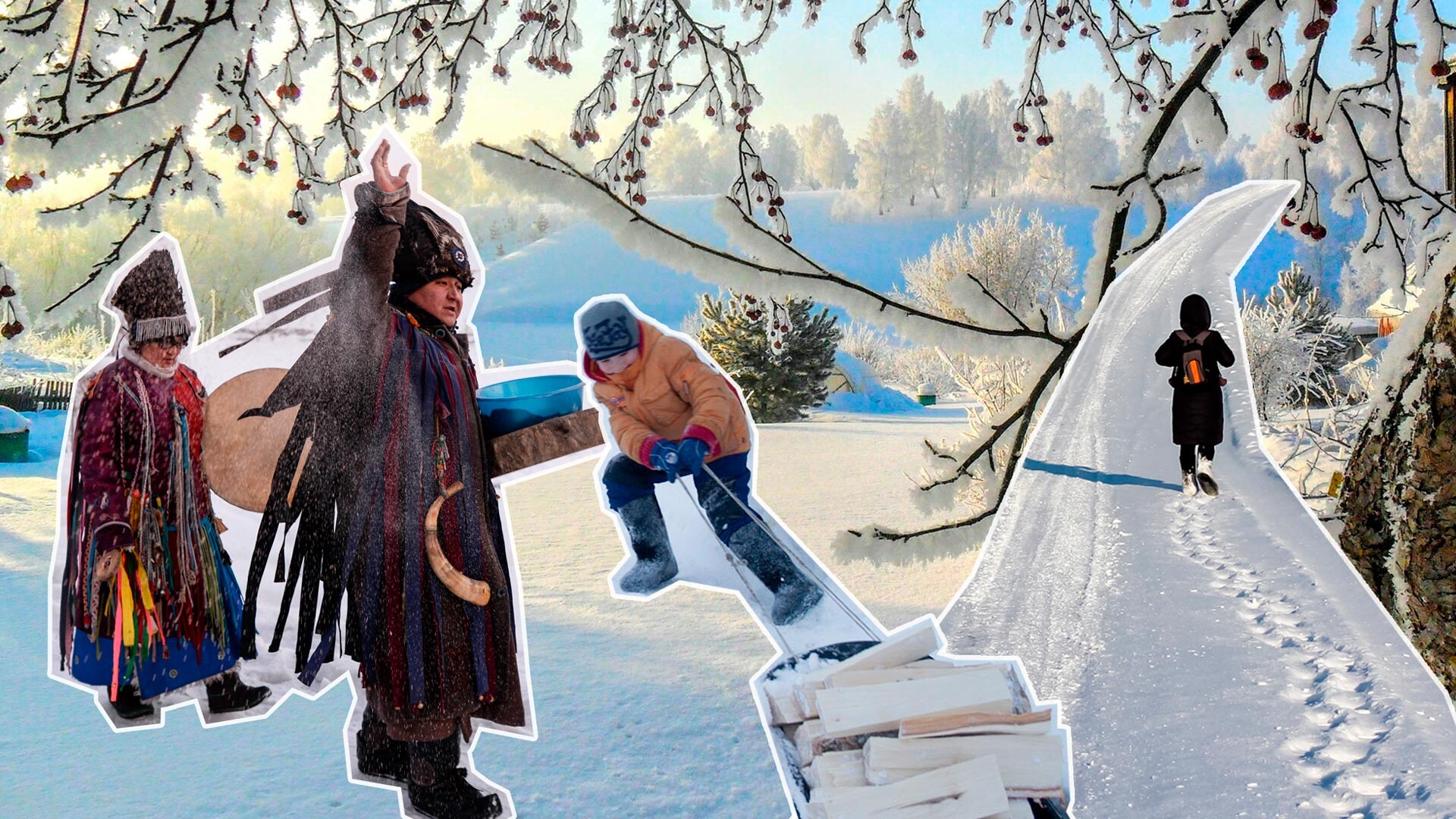 Russia Beyond (Getty Images; Alexander Kryazhev, Grigory Sysoyev/Sputnik)
People who were born in Siberia or who lived there for a long time share their childhood memories and tell us about Siberian traits of character and what it's like to live in that huge and cold region.

Siberia is a concept as vast as the territory it occupies. They say it is like another planet and each person has their own idea of Siberia. “It has its own gravity, its own laws and its own president called Nature. The people of Siberia are stubborn people. Expansive - in words, deeds, feelings...,” says writer Sergei Shargunov, one of the compilers of the collection of stories called ‘Siberia: Happiness Beyond the Mountains’ (Yelena Shubina Publications, AST, 2021).

Below are some quotes from this collection by famous Russian actors, directors, TV presenters and writers. 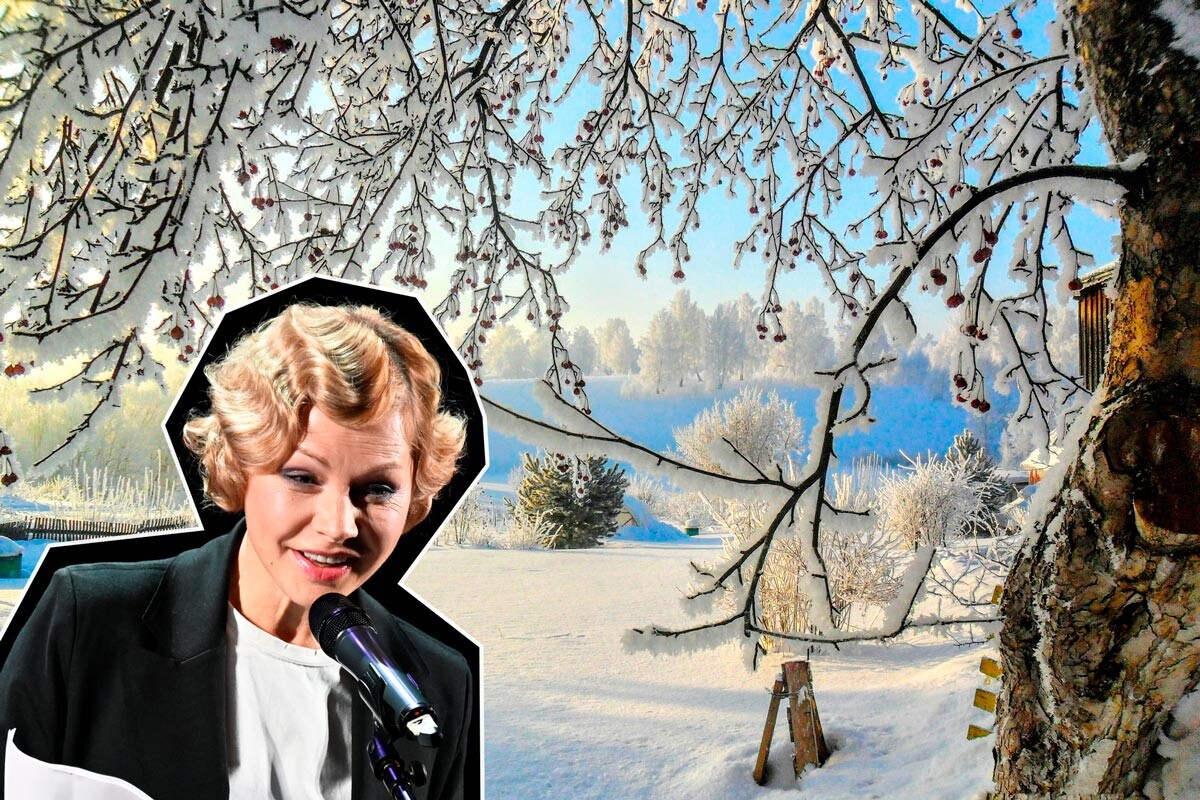 To this day, I have never experienced the same enjoyment of the process of eating as when I was a child in Siberia in winter! A hot belyash (a cutlet wrapped in dough) bought from a stall and hot tea with sugar - delicious!!!

In winter, I got up every Sunday at eight in the morning and went skiing with my Dad. We would go by bus to the Sosnovy Bor (pine forest) stop. You had to wax your skis depending on the weather and snow density. I would ski for kilometers on end. The coolest thing was when my Dad, who was ahead of me, would stop, waiting for me, and when I approached him would hit the trunk of a nearby pine tree with his pole so that I would be covered with snow falling from its branches and squeal with joy. We would ski downhill from a big mountain and then herringbone up the hill again. About a hundred times, on a loop. We had a thermos and sandwiches and would have a picnic on some tree stumps. Back home, I put my ice-clad woolen leggings on a radiator to dry. And Mom's borsch!!! And, in the evening, we would all watch figure skating on TV. What else do you need to be happy!?

Whenever I meet a stranger and they say: “I’m from Siberia,” that’s it! I feel an instant affinity with that person and the distance between us disappears. 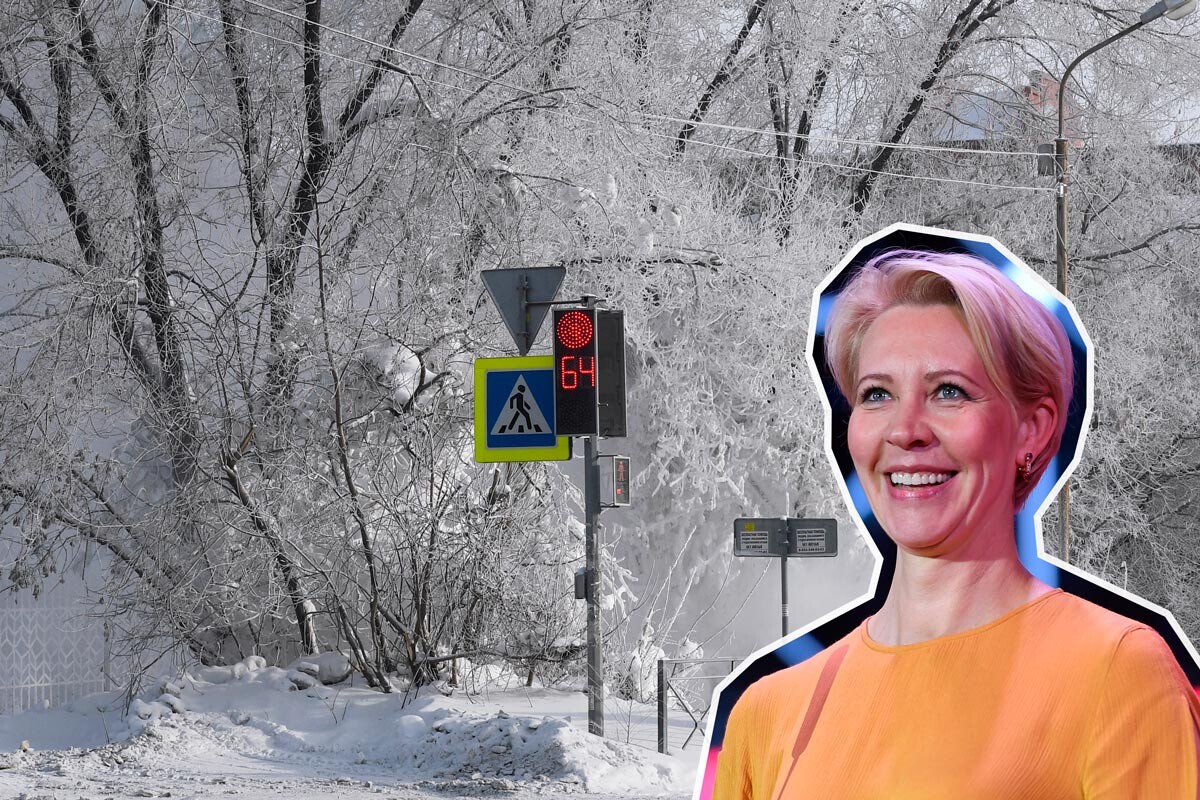 Winter. A sled. You are lying on your back. It’s dark – is it morning or evening? There are stars above your head, they are not moving, but you are. You are being driven. By someone you completely trust and who has total control over you, who wrapped you in many warm layers: thick fleece pants above the tights, woolen socks, then the felt boots, always a T-shirt under a warm scratchy cardigan and a thin cotton head scarf under a warm fur hat. Over the collar, you have a scarf pulled up to your very nose, sometimes covering it, the scarf is also scratchy, that is why somebody kind sometimes puts a handkerchief between the scarf and your face and it always gets wet with your warm breath. And, of course, you have a thick, clumsy lamb coat on, the queen of coats. 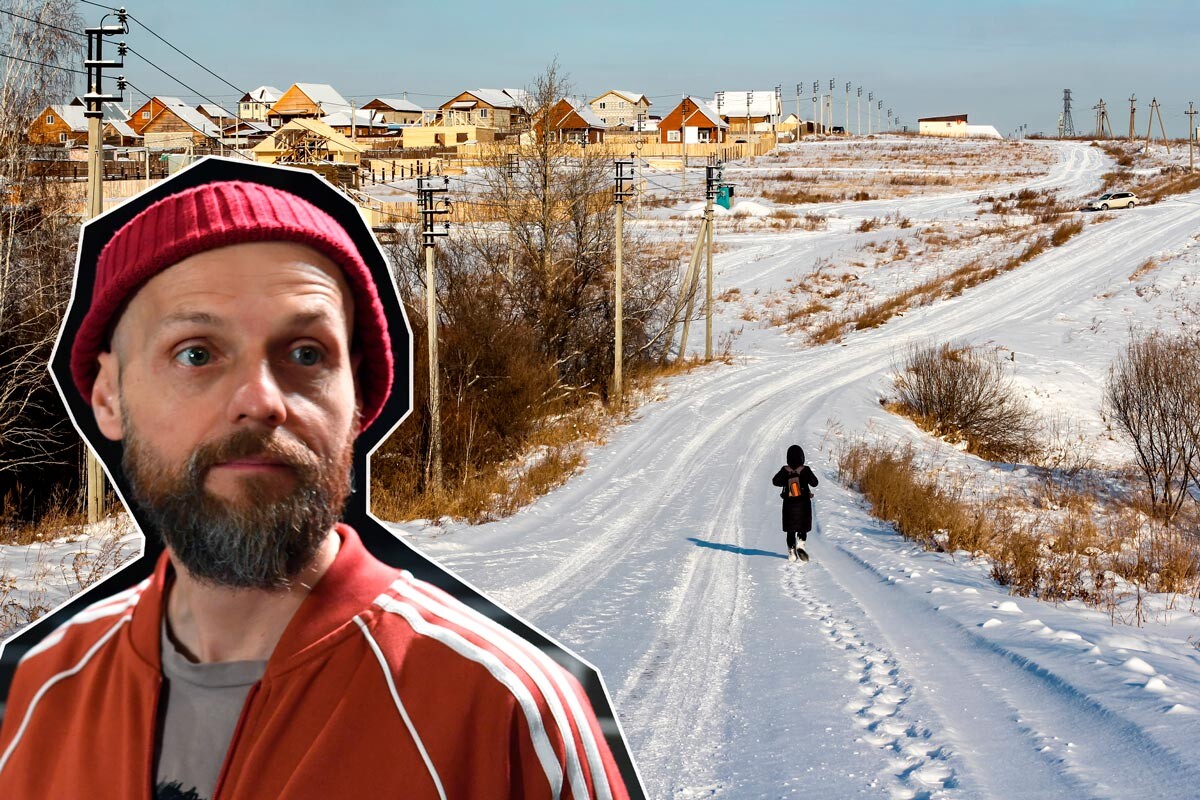 My parents had a dacha in the taiga, albeit near a highway. But it was still surrounded by the taiga. One day, a bear came to our fence. My father took a rifle and started shooting into the air. I saw the bear run away. It disappeared into the forest. And once, when my mother and I were walking through the forest with baskets full of berries, two wolves appeared on the path before us. We looked at them and they looked at us. Mom whispered: “Don’t move, son,” and we stood motionless. The wolves looked at us, then turned around and left.

Writer Andrei Filimonov (born in Barnaul but grew up in Tomsk) 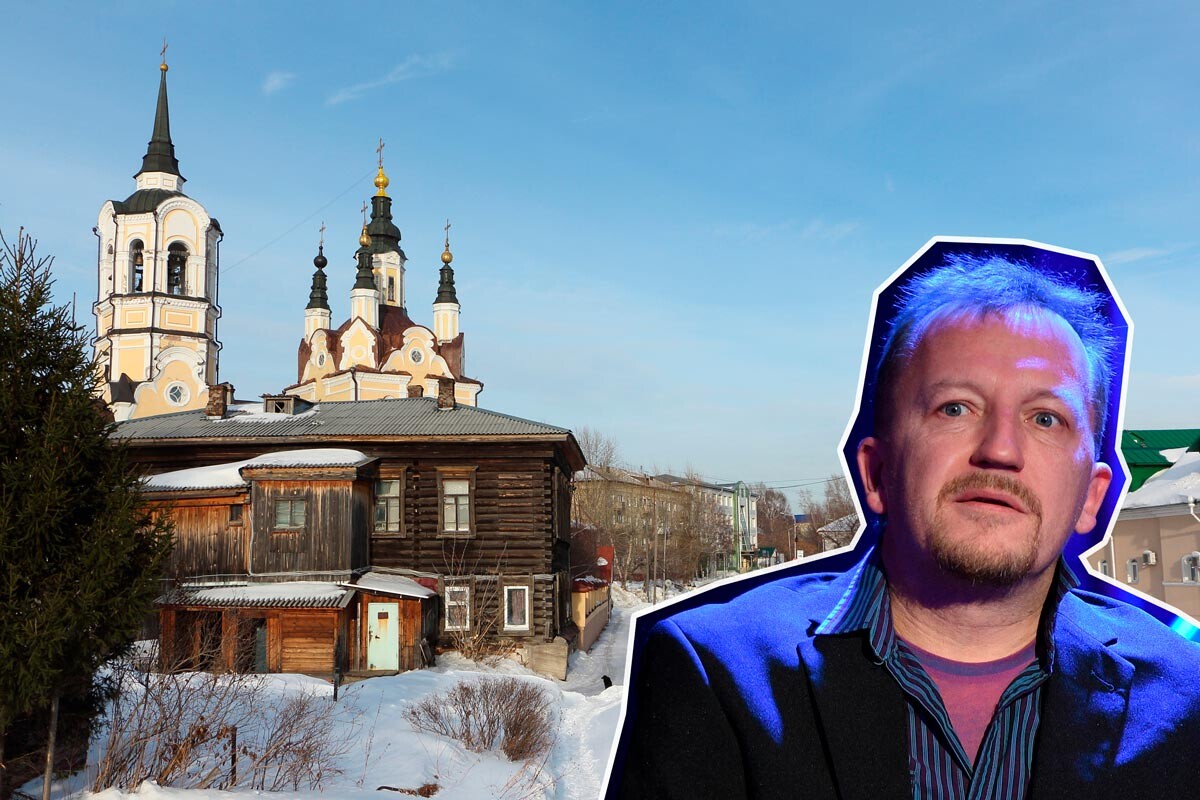 From time immemorial, one favorite pastime of the inhabitants of Tomsk has been fist fighting. In the 19th century, local papers were full of vivid accounts by exiled journalists (there were hardly any other journalists there until the opening of the university in 1888) of how, on Sundays, after returning from church, residents of neighboring streets held fistfights. They would spend an hour or two hitting each other to their heart’s content and then disperse, tired but pleased.

Things were pretty much the same in 1981, when we moved into a new apartment overlooking the old city. The only difference was that people no longer attended church before the fight. 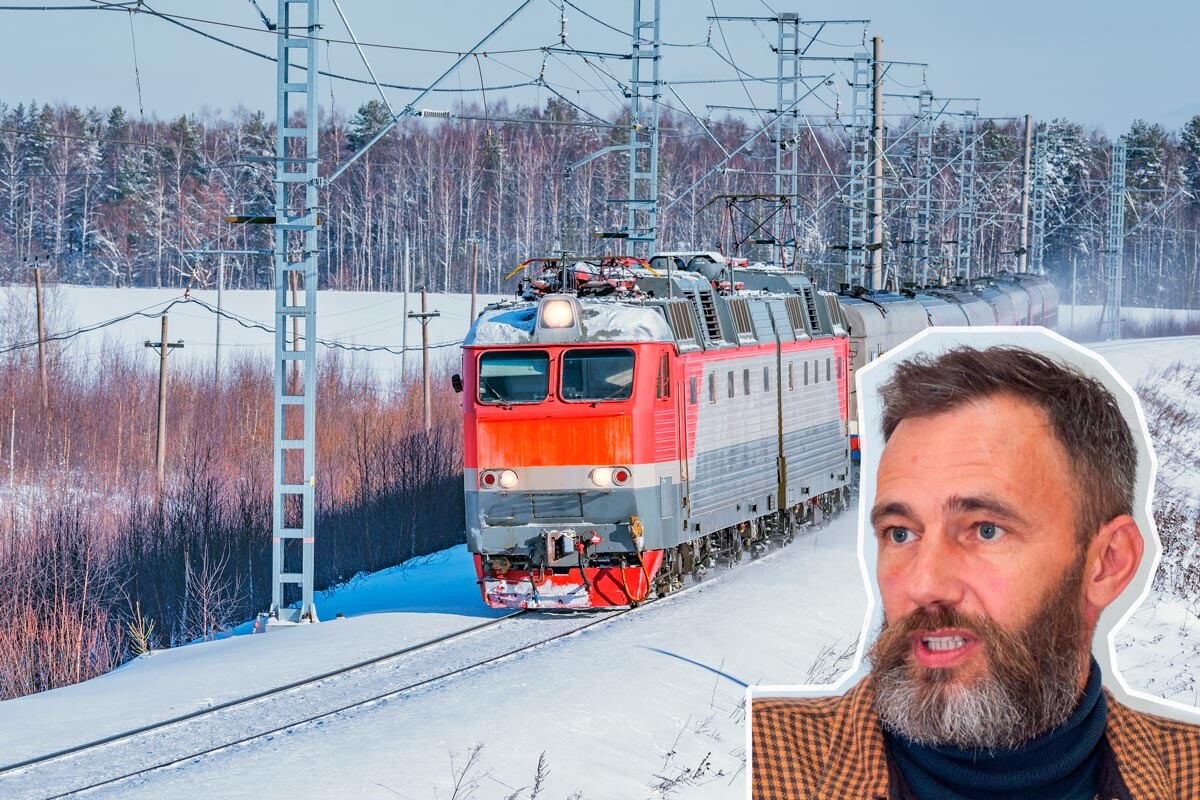 It is only in the north Urals that you can probably stand on some steep pass and see Europe on the one side and Siberia on the other. Elsewhere, it is not clear where Siberia ends and the Far East begins. Why is Gorny Altai in Siberia, while Mongol Altai is not? The term Sibiryak (“a Siberian”) can apply only to the non-indigenous population of Siberia, whereas Buryats, Altaians, Tyvans or Yakuts cannot be called that and they themselves do not refer to themselves as Siberians either.

As a young man, I spent three or four months of my life on trains between Moscow and Siberia and I could always feel when I had entered Siberia or left it. How much time did I spend looking out of the train window? To me, a Muscovite, the vastness outside the window was fascinating, it was huge and sparsely populated.

Writer Roman Senchin (born in Kyzyl, in the Republic of Tyva) 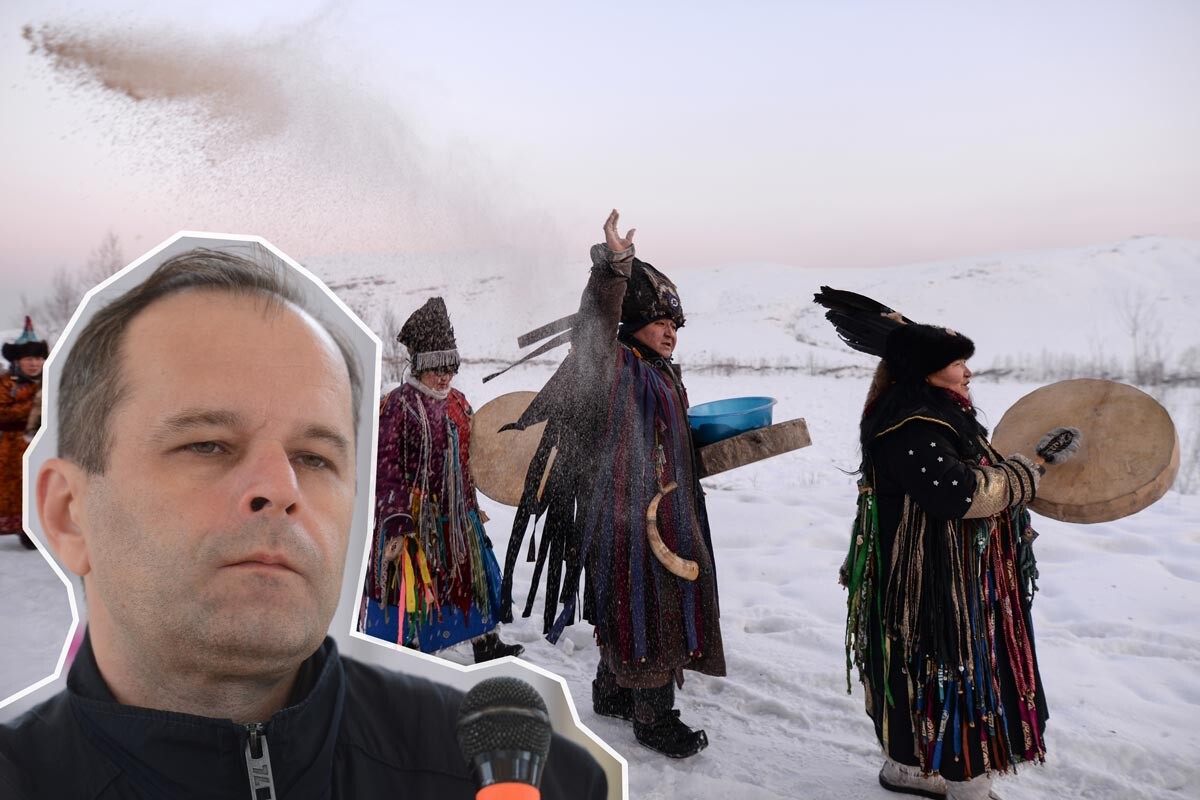 ...Most people have either never heard of Tyva or the only thing they know about it is that it is the birthplace of Russian Defense Minister Sergei Shoigu and that President Putin once caught a big pike there. And yet, Tyva is a most beautiful region with a complicated history.

For as long as I can remember, Kyzyl has always been a rather tough place. And not so much because of interethnic tensions, which have always been there, sometimes escalating, sometimes almost (but never altogether) disappearing. Rather, this has to do with the city’s Russian population, which, until the late 1980s, was in the majority in Kyzyl. People there were active and bursting with energy. They were the children and grandchildren of the first settlers, exiles and convicts, or volunteers who had come to develop the “young Tyva” after 1944, as well as criminals, who had served their time (there were several high-security colonies around Kyzyl). But there was no real outlet for their energy, instead there was a feeling of being locked up in this “black hole” and the anger of disappointment among those who had come to Tyva in the hope of building a special world (later, I met the same disappointment among the inhabitants of forgotten towns along the Baikal–Amur Mainline). This unspent energy and anger were particularly evident among young people.

Siberians are a special breed of Russians and the phrase: “Russia’s wealth will grow through Siberia” is by no means an empty slogan. And this is not just about the rich reserves of gas, oil, timber, all elements of the periodic table and diamonds buried in the ground there, but about the mysterious ability of the local population to turn disadvantages into advantages.

Once, in the mid-1960s, I found myself in a remote Old Believers’ village near the rapid Siberian river Podkamennaya Tunguska and was quite surprised that the affluent houses of its supposedly backward citizens had electricity, which at the time was not always available in more enlightened places, for example, many villages outside Moscow, where people continue to use kerosene lamps. I could not believe my eyes - the hermits used separators, washing machines and water pumped from the well by an electric pump. The mystery had a simple explanation: the authorities had left them to their own devices, and they flourished, selling fish, caviar, mushrooms to tourists cruising along the Yenisei and spending the proceeds not on vodka, but on business.

It is my belief that it was for a reason that the Tunguska meteorite, which - according to some hypotheses - was actually an alien spaceship in search of other sentient creatures, landed in Siberia.

Siberia books russian literature in their own words modern writers