What can you see from the window on the Trans-Siberian Railway? (PHOTOS)

Travel
Alexandra Guzeva
Almost seven days on the train, covering a distance of 9,300 km (5,772 miles) with 145 stops - the longest railway in the world runs literally through the whole of Russia. During the journey, passengers get to see endless forests, several mountain ranges, mighty rivers, and even Lake Baikal. But let's start at the beginning. 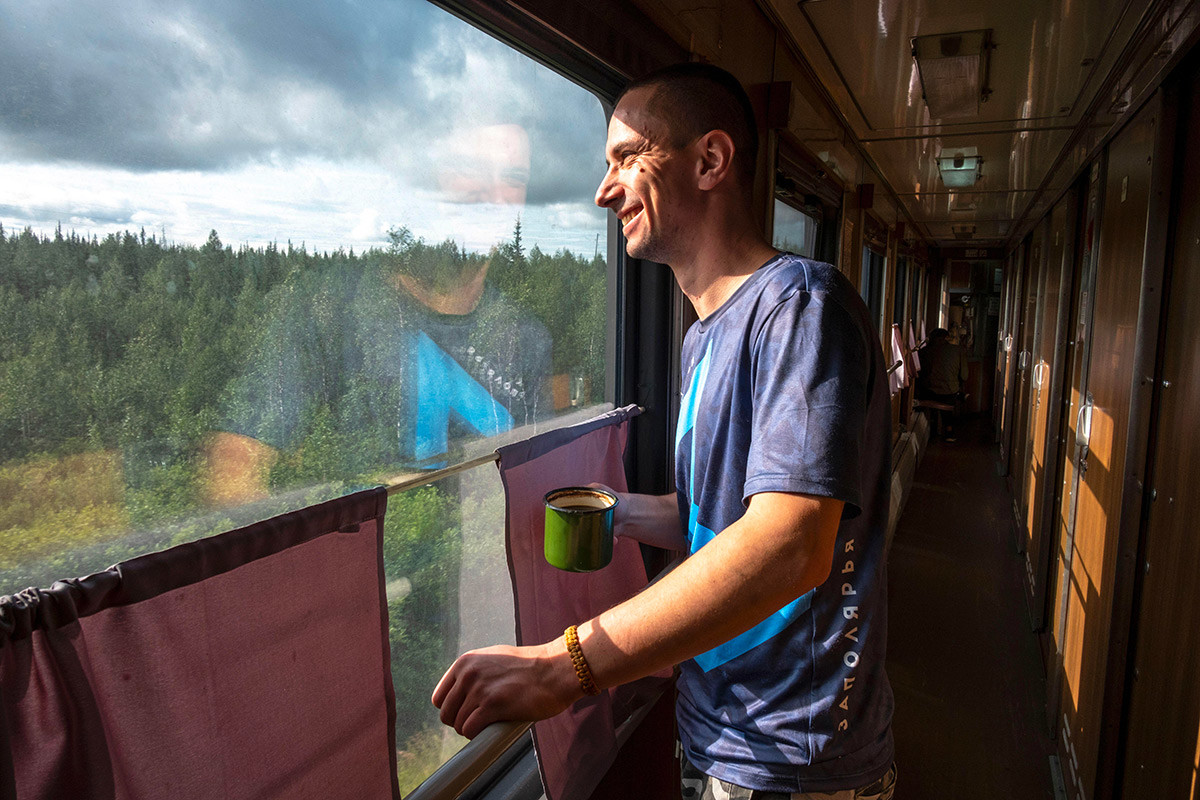 Forests are what you'll see out of the train window for most of your journey on the Trans-Siberian. Sometimes this landscape of endless lines of trees outside the train window does not change for hours. Many passengers find it a kind of meditation, to the rhythmic sound of wheels turning on the rails.

However, forests are not the same everywhere. Already on day one of the journey, a deciduous forest with birches is replaced by massive spruces. On day two, the train approaches the Ural Mountains, and what you'll see out of the window are short pines growing in gorges and clefts between mountain ranges. 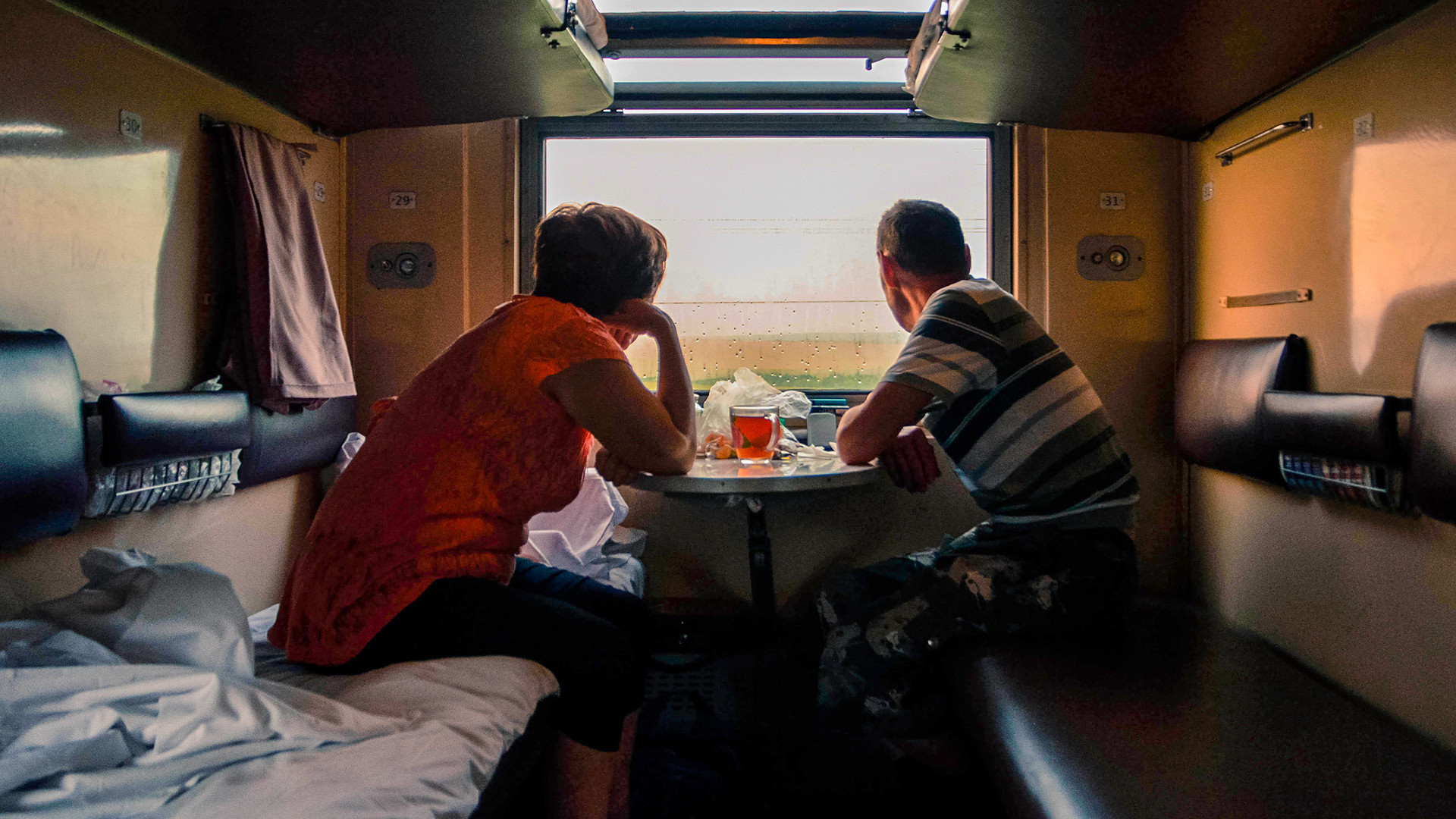 "As far as I am concerned, the glens on the Vishera River are the most beautiful landscape we have seen in six days," says journalist Yuri Lepsky.

Eastern Siberia and the Far East are dominated by coniferous taiga – this is where bears and Amur tigers live. However, you are unlikely to spot them from the train window. 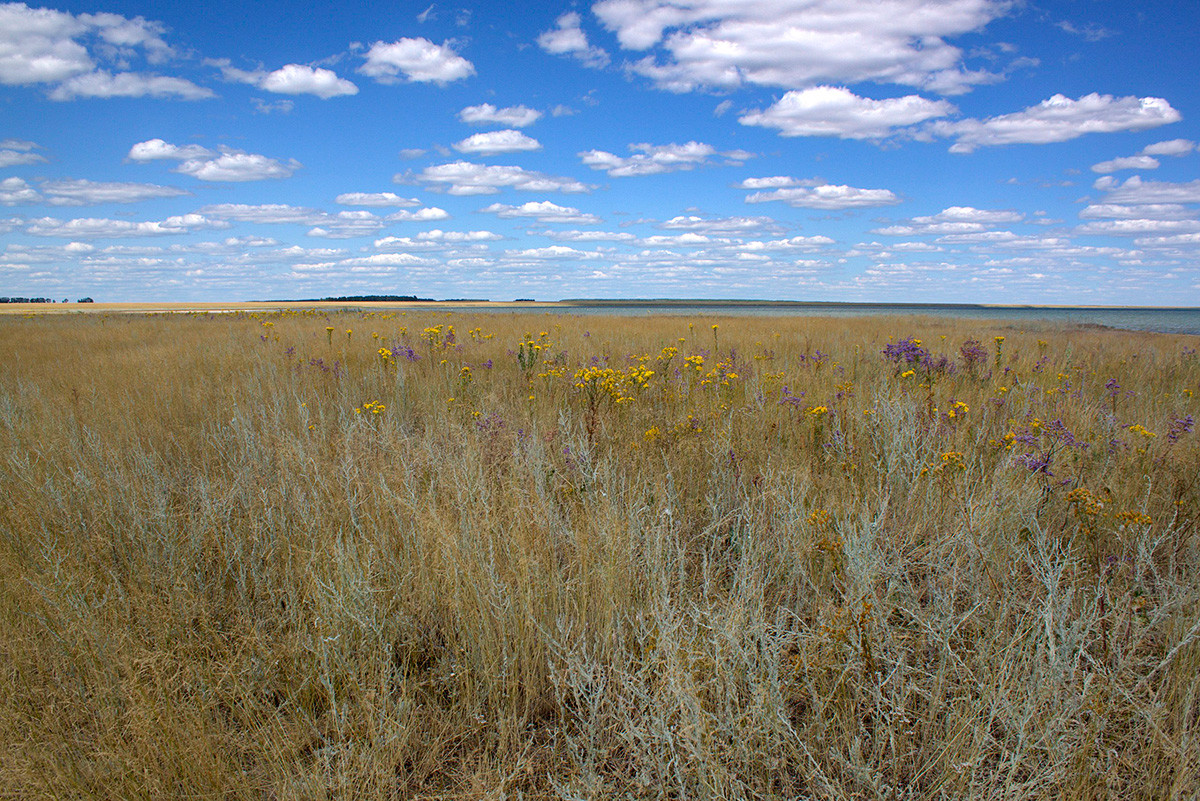 Steppes of the Omsk Region

At the end of day two, when the train crosses the Ural ridge and enters the Asian part of Russia, it approaches the border with Kazakhstan. Suddenly the forests, which were already rather sparse, disappear, and the landscape outside the window turns into almost desert. The flat steppe does not change for an hour and a half. This is how Western Siberia begins. 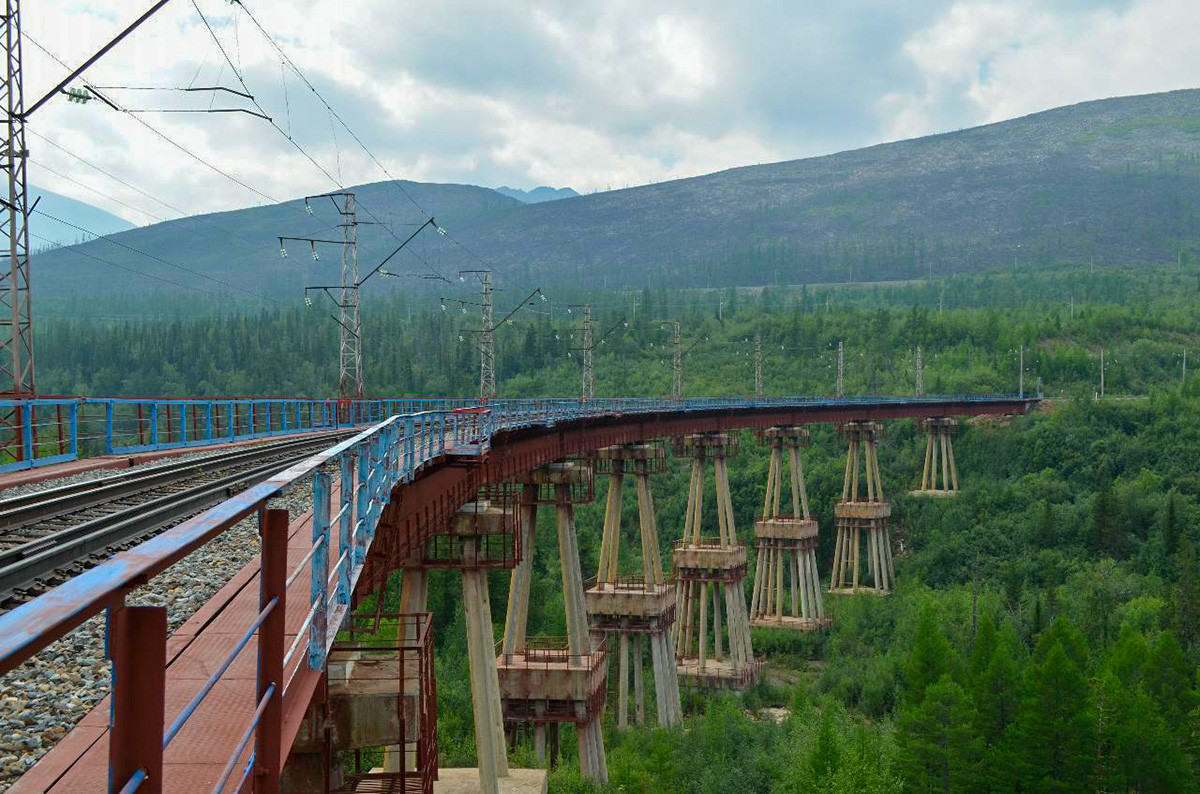 The name of the railway speaks for itself - it crosses all of Siberia. And for most of the journey, this is what you'll see out of your train window - boundless Siberia. However, Siberia is not just taiga and snow. It is also cities, mountains, and much more - in fact, almost all of Russia. "Siberia is colorful: birches are beige, plowed fields a dark blue," said photographer Todd Selby, who traveled along the Great Siberian Route from Paris to Shanghai. 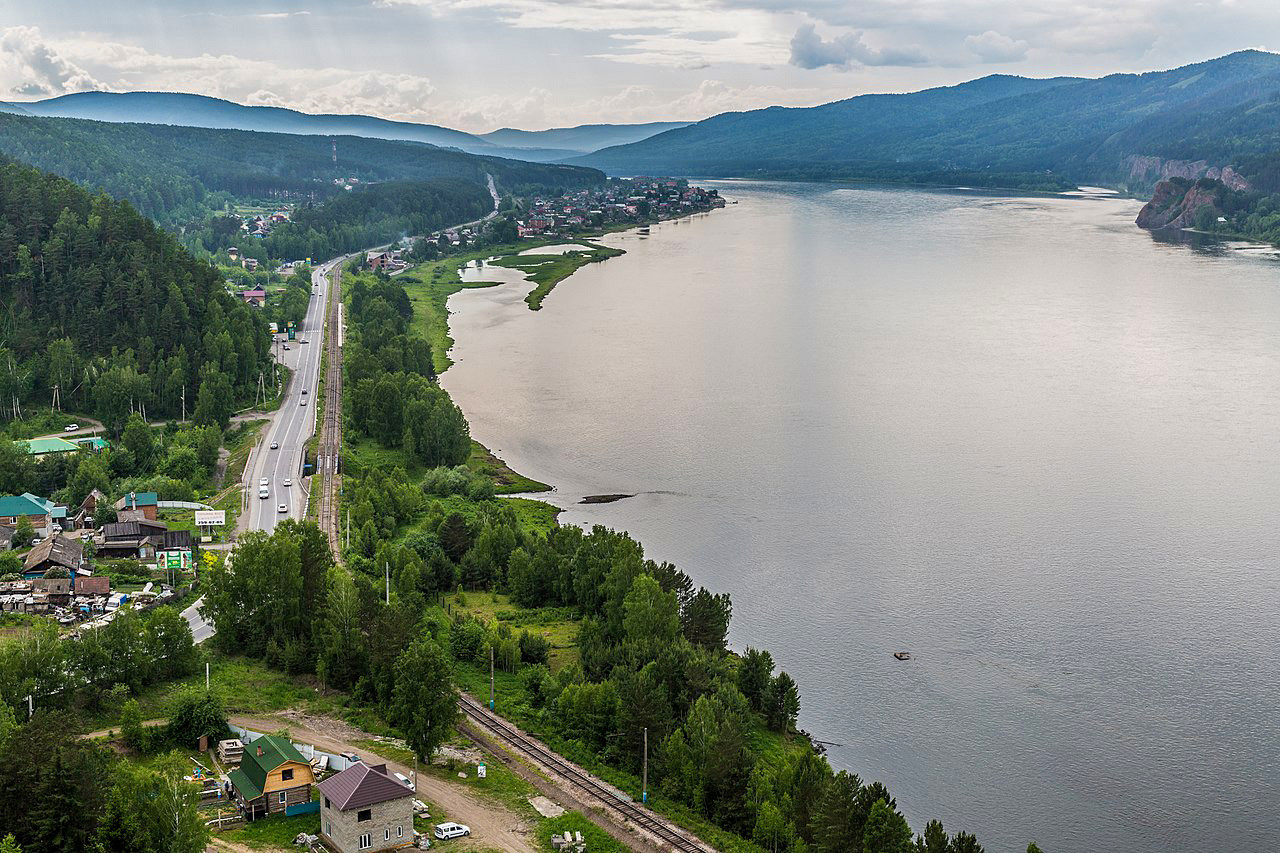 Passing through the whole country, the train crosses all of Russia's main rivers: the Kama, Ob, Yenisei, Amur... And a number of minor ones too. The train crosses the bridges slowly, allowing the great rivers to be admired in all their glory.

Incidentally, until recently the Trans-Siberian passed along a railway bridge over the Yenisei in Krasnoyarsk that received a gold medal at the 1900 Paris Exposition. The jury was chaired by Gustave Eiffel himself. In Soviet times, two new bridges were built across the Yenisei to increase traffic capacity and in 2007 the old, "Tsarist", bridge was dismantled. 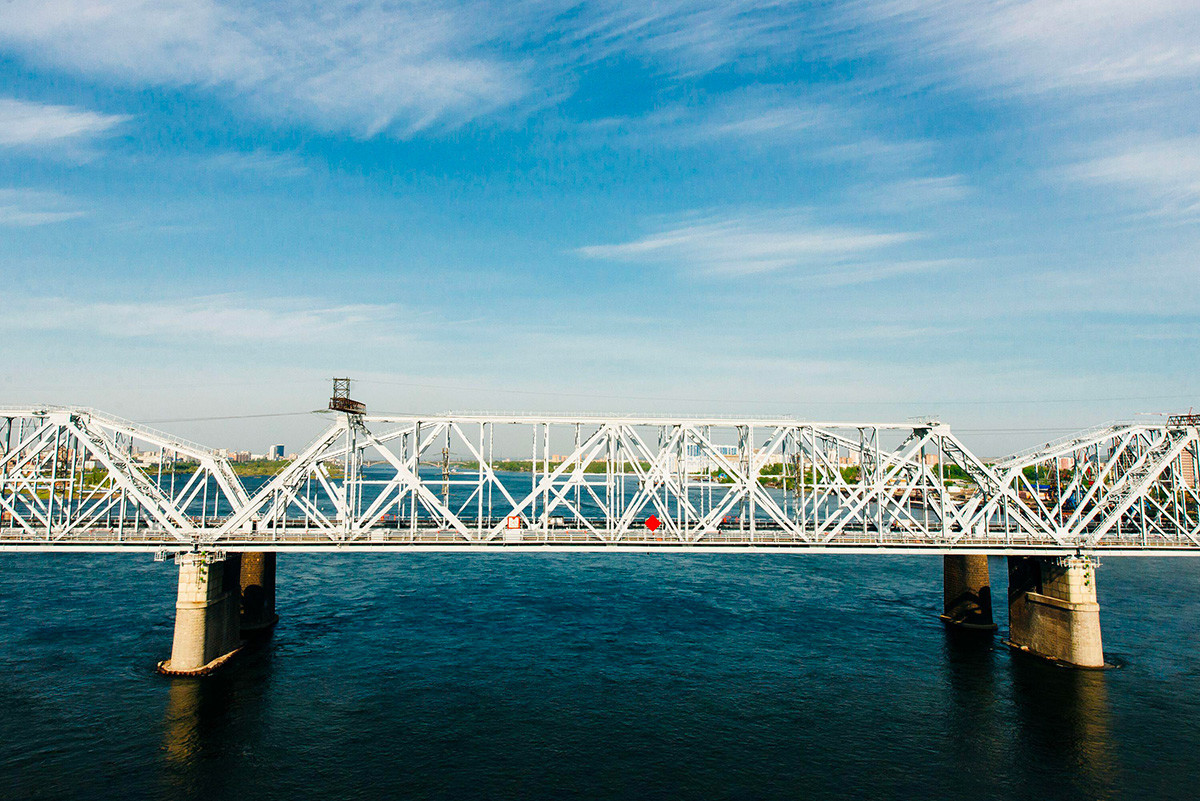 Railway bridge over the Yenisei In Krasnoyarsk

"I really liked the sunsets over the large rivers - Volga and Amur. Incredibly beautiful!" recalled Austrian photographer Georg Wallner, who made a journey on the Trans-Siberian in 2019. 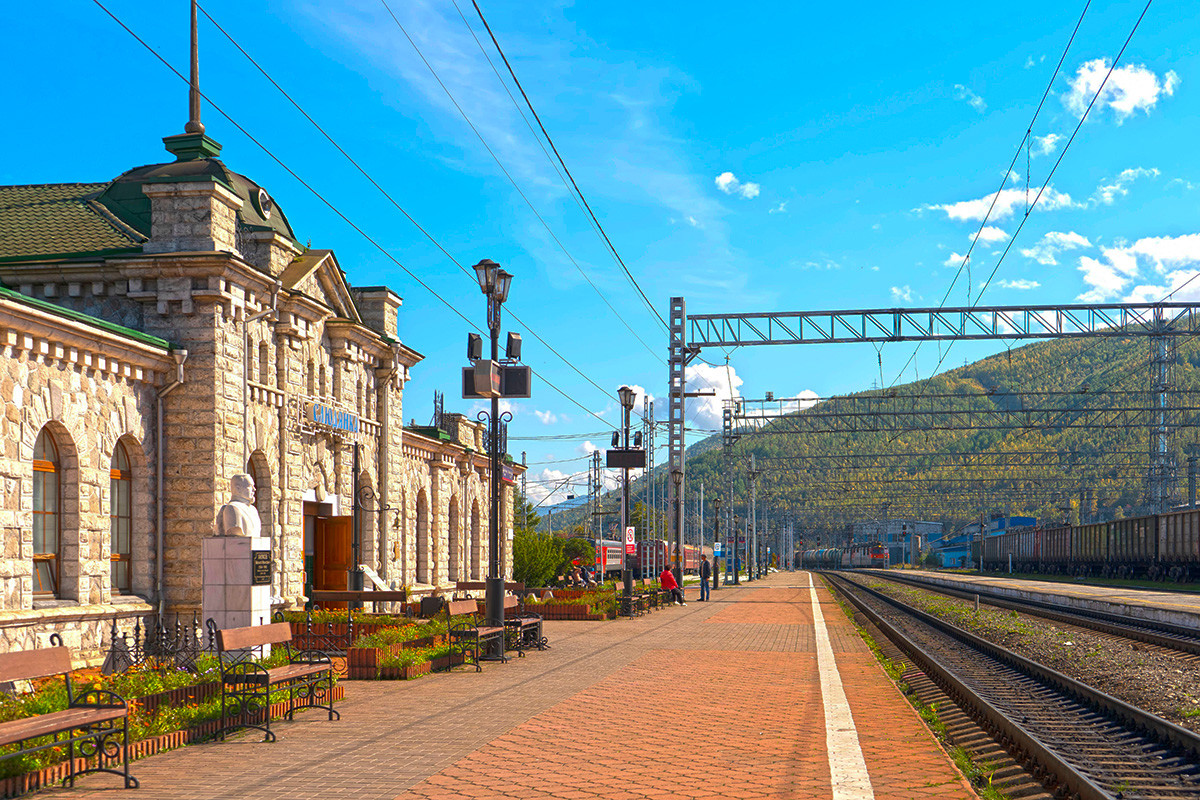 This journey is a true paradise for those who love trains and railways. It is difficult to imagine where else one can see so many different railway terminals, stations, and halts. The endless tracks, laid at the end of the 19th century, stretch, twist and turn, and trains run in every direction. At large stations a traveler may be struck by the large number of main and alternate tracks, as well as endless wagons, freight trains with coal, tanks and a wide variety of goods. And, of course, by passenger trains of all kinds and passengers from different parts of the country. 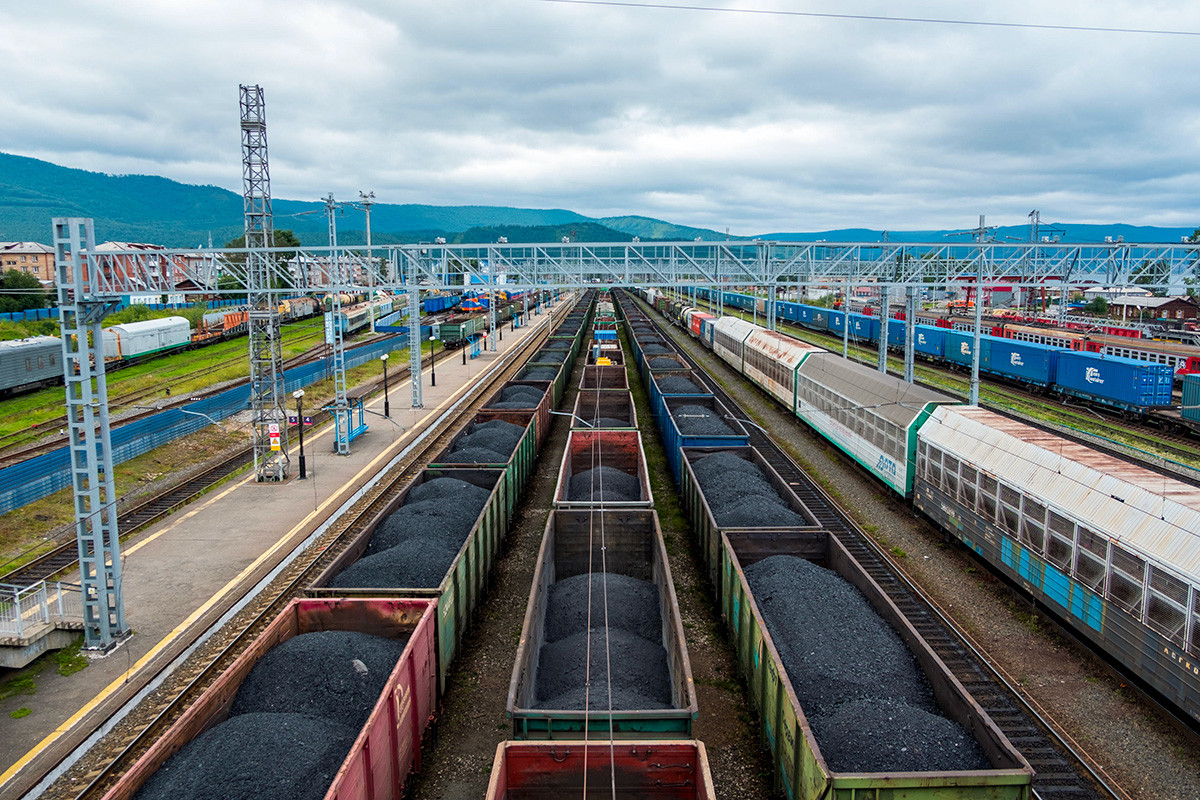 A train station at the Trans-Siberian railway

One of the real beauties of this journey are railway stations: some are the epitome of Soviet chic and monumentalism, while others date back to tsarist times. Or take, for example, the station in the town of Slyudyanka, which is built of marble. In large cities, the train stops for a long time, sometimes an hour (the longest stop is in Khabarovsk - 70 minutes), so passengers have an opportunity to explore the stations to the full. Click here to read about the most beautiful of them (in the opinion of Russia Beyond). 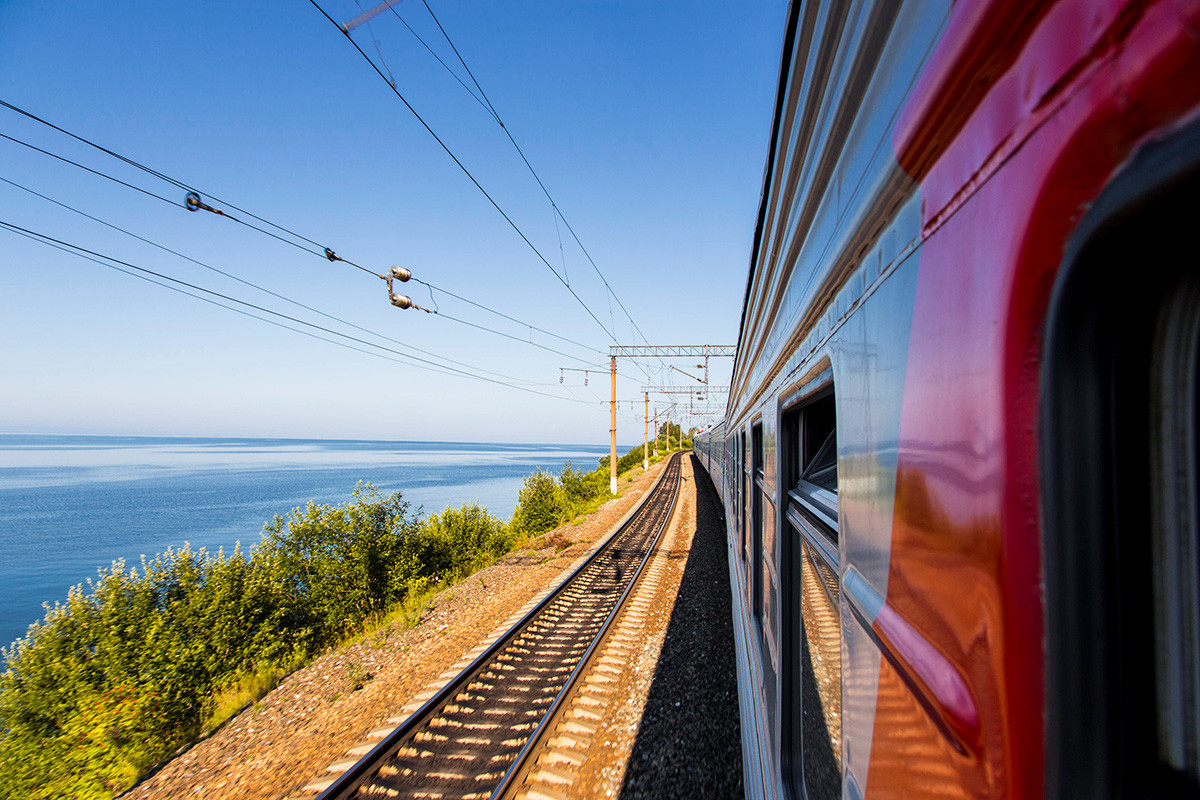 Lake Baikal from the window of the Trans-Siberian train

By the end of the third day of the journey, the train – having emerged from yet another tunnel - suddenly finds itself right on Lake Baikal. The Circum-Baikal Railway offers the traveler the joy of admiring one of the world's largest lakes for more than two hours. 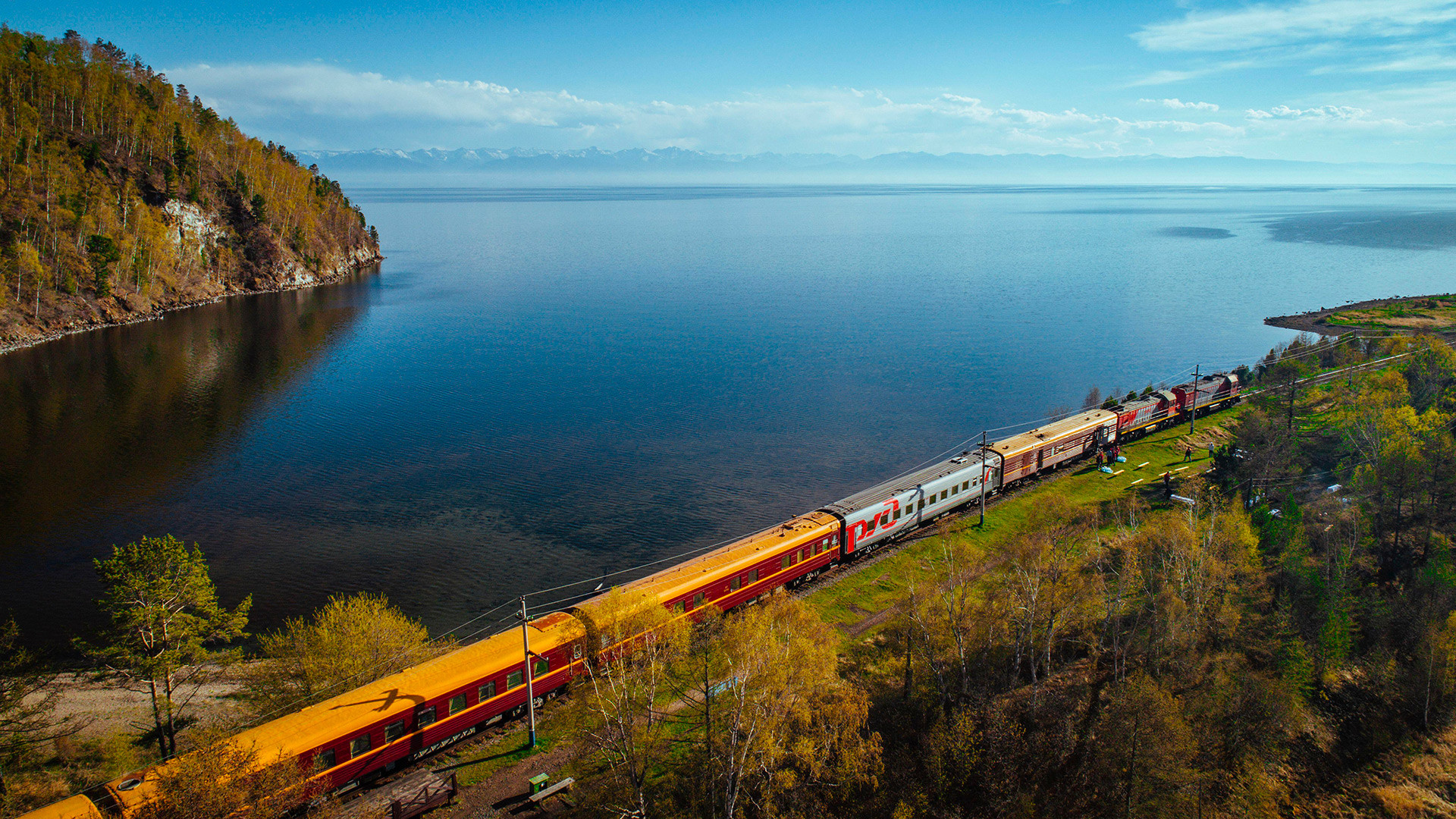 Do not miss this stretch - between Slyudyanka station and Mysovaya station. 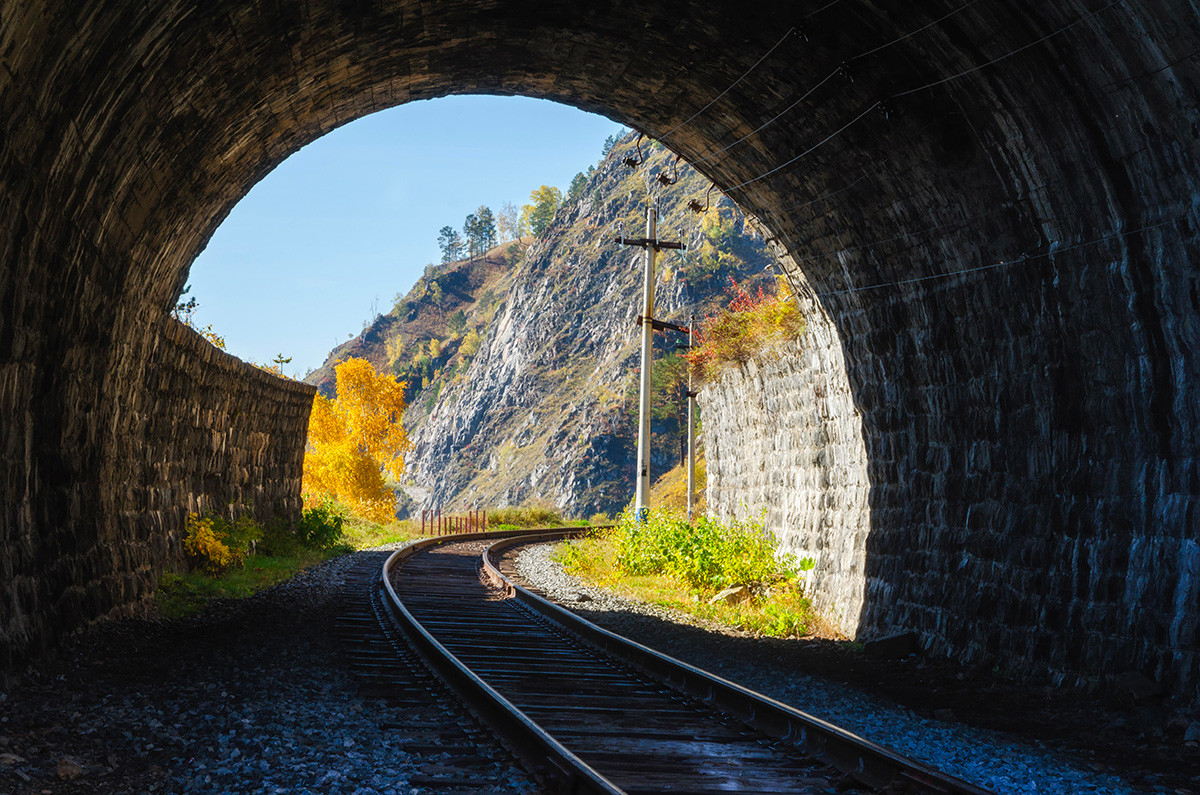 Mountains start after Perm: the train crosses the "watershed" of Russia - the Ural Range - and heads south, where the tops of the Sayan Mountains can be seen from afar. To the south of Lake Baikal, you will see the unique mountain range, Khamar-Daban, as the train goes along the mountains for some time. Mountain peaks can also be seen as the train passes through Buryatia, from Ulan-Ude to Chita, the capital of the Transbaikal Territory. In the Far East - in the Amur Region and the Jewish Autonomous Region - the train crosses the Khingan mountain range and goes through seven Khingan tunnels, some of which are 2 km (1.2 miles) long. On the Ussuriysky section of the route, when passing through the Khabarovsk and Maritime Territories, you can see the Sikhote-Alin mountain range, very close to the border with China. 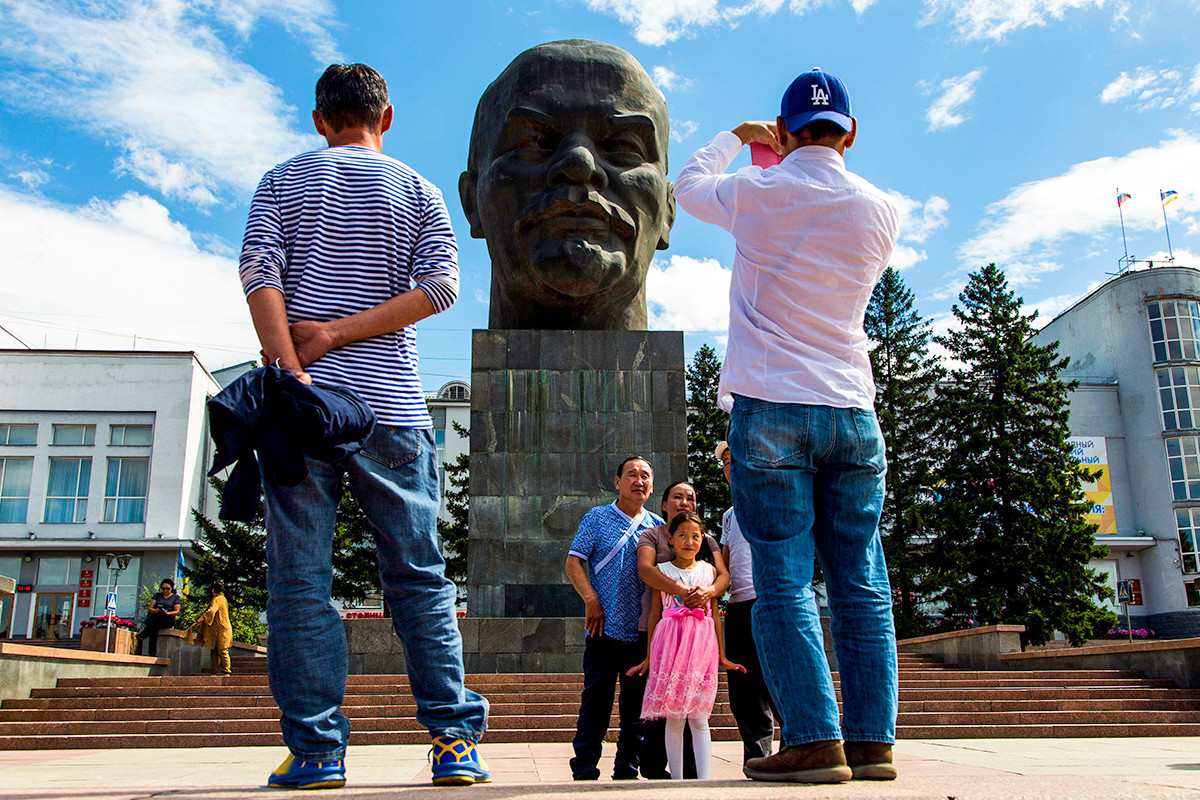 The Trans-Siberian Railway passes through 90 Russian cities and towns. From Moscow, the train goes through:

And finally, the journey ends in Russia's most Asian cities - Khabarovsk and Vladivostok. If you travel through all these cities, you will be able to experience the diversity of our country. Especially if you get off the train and walk around at least some of them. Click here to read our guide to the main stops to make on your Trans-Siberian journey.

In addition to these big cities, you will also see rickety wooden houses, abandoned villages, and old churches from your train window. As well as many Russians, who live along the railway, work, and travel on it.