10 main stops on the Trans-Siberian Railway 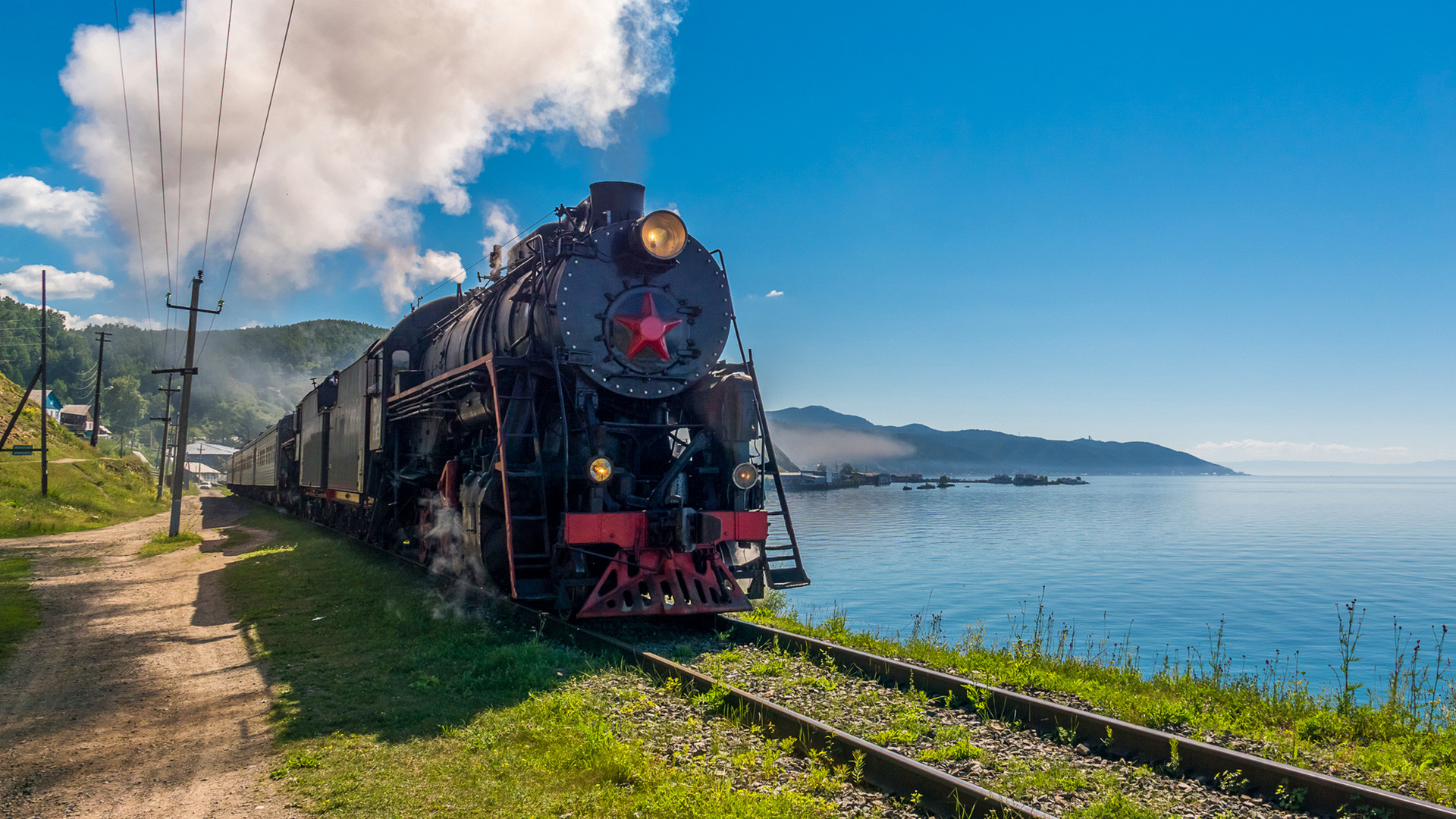 Legion Media
Many people dream of making a journey on the world's longest railway, but spending nearly seven days looking out of the train window at the melancholic landscape and endless taiga is not easy. We compiled a list of the most exciting cities on the route where you can get off the train and not regret it. And then resume your journey.

The Trans-Siberian Railway is more than 9,200 km long. Running from Moscow to Vladivostok, it connects the large cities of the Urals, Siberia and the Far East. By taking this train, you can see almost all of Russia. There is an added bonus in that a ticket for the Trans-Siberian allows you to get off at any station and then continue the journey on any other train on the route, provided it has free seats. Here are the cities we recommend exploring on the way. 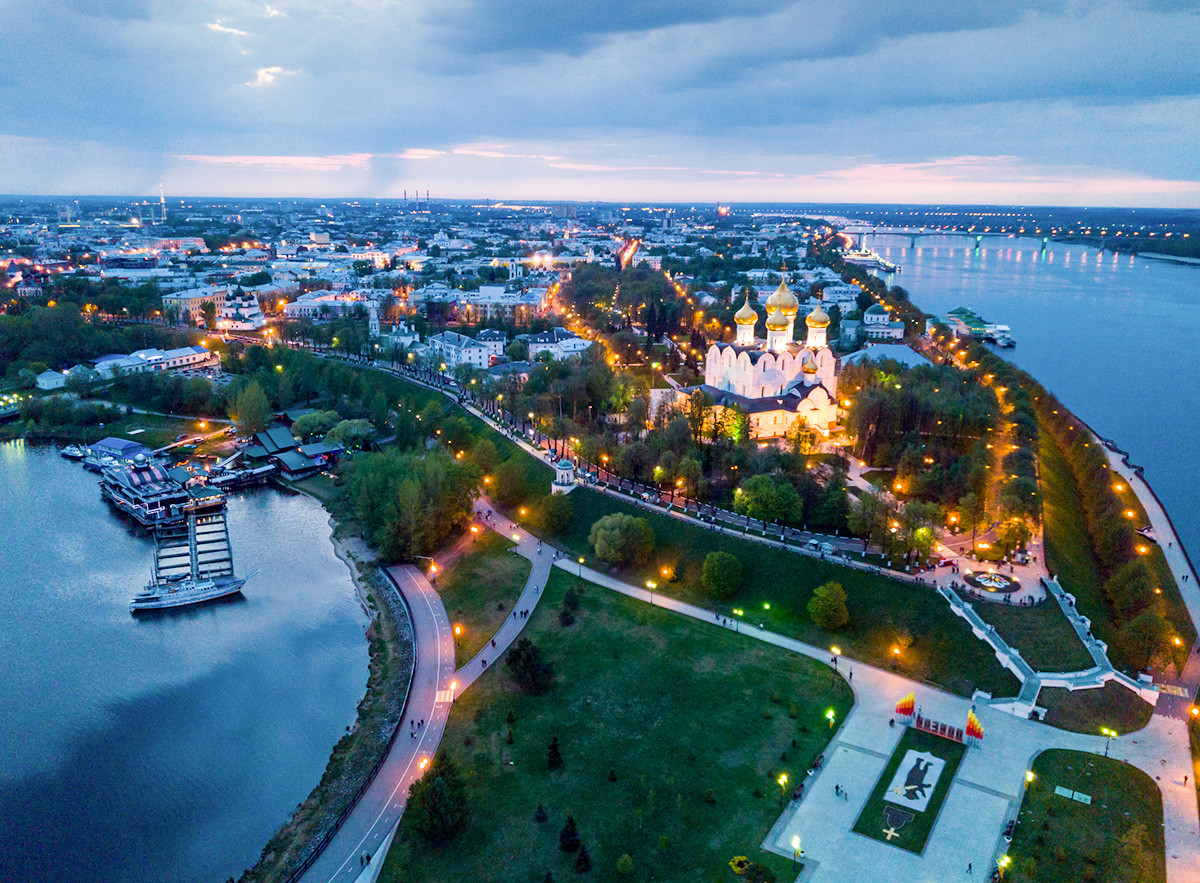 The train departs from Moscow’s Yaroslavsky railway station, and one of the first stops is the wonderful city of Yaroslavl. This ancient city was founded by Prince Yaroslav the Wise in 1010.

Yaroslavl is the unofficial capital of the famous tourist route, the Golden Ring, and boasts hundreds of churches and monasteries. Be sure to visit the Yaroslavl Museum hidden behind the massive walls of the former Monastery of the Transfiguration of the Savior. Explore its main cathedral and visit Masha the bear, the living embodiment of the Yaroslavl coat of arms.

Click here to find out more about the history of Yaroslavl, places to visit and things to do there. 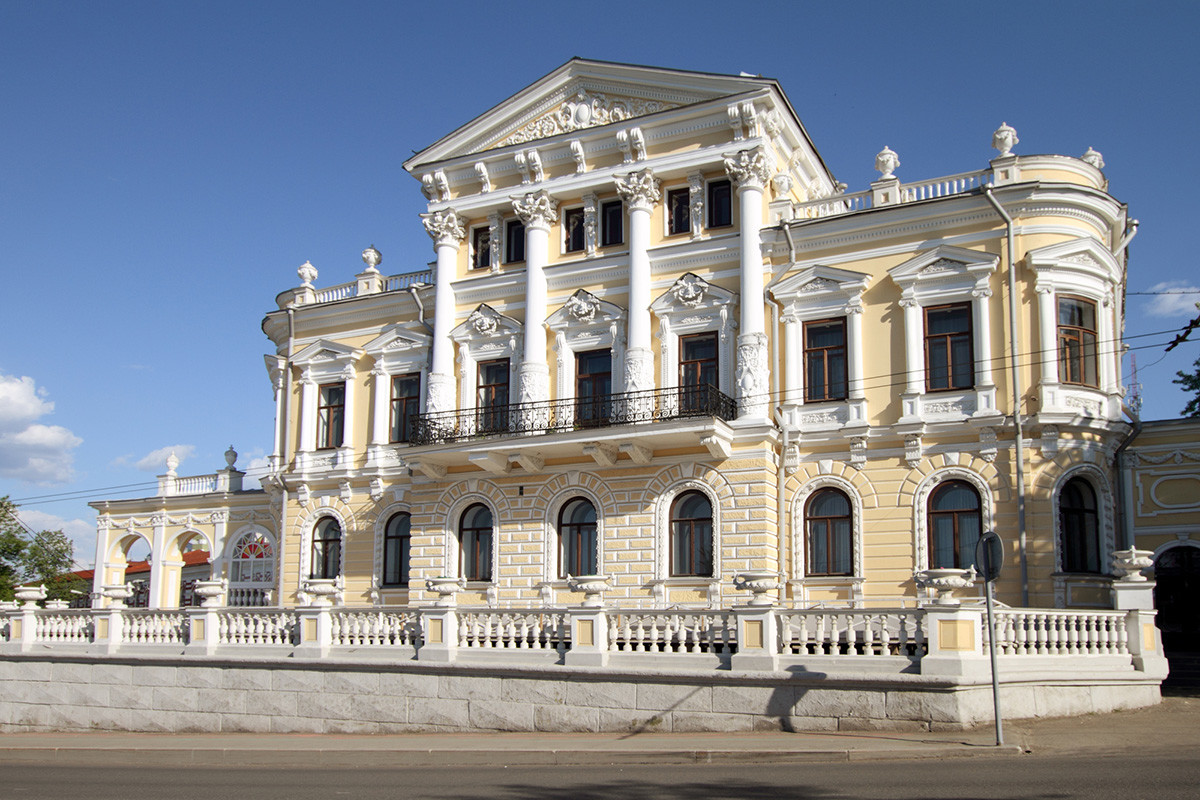 Perm is both a large industrial city and a cultural center of the Urals. It has a renowned opera and ballet company and a large drama theater with the unexpected name, Theater. It also has its own (a rarity in Russia) museum of contemporary art, PERMM, which opened in 2009 in a former river terminal building. 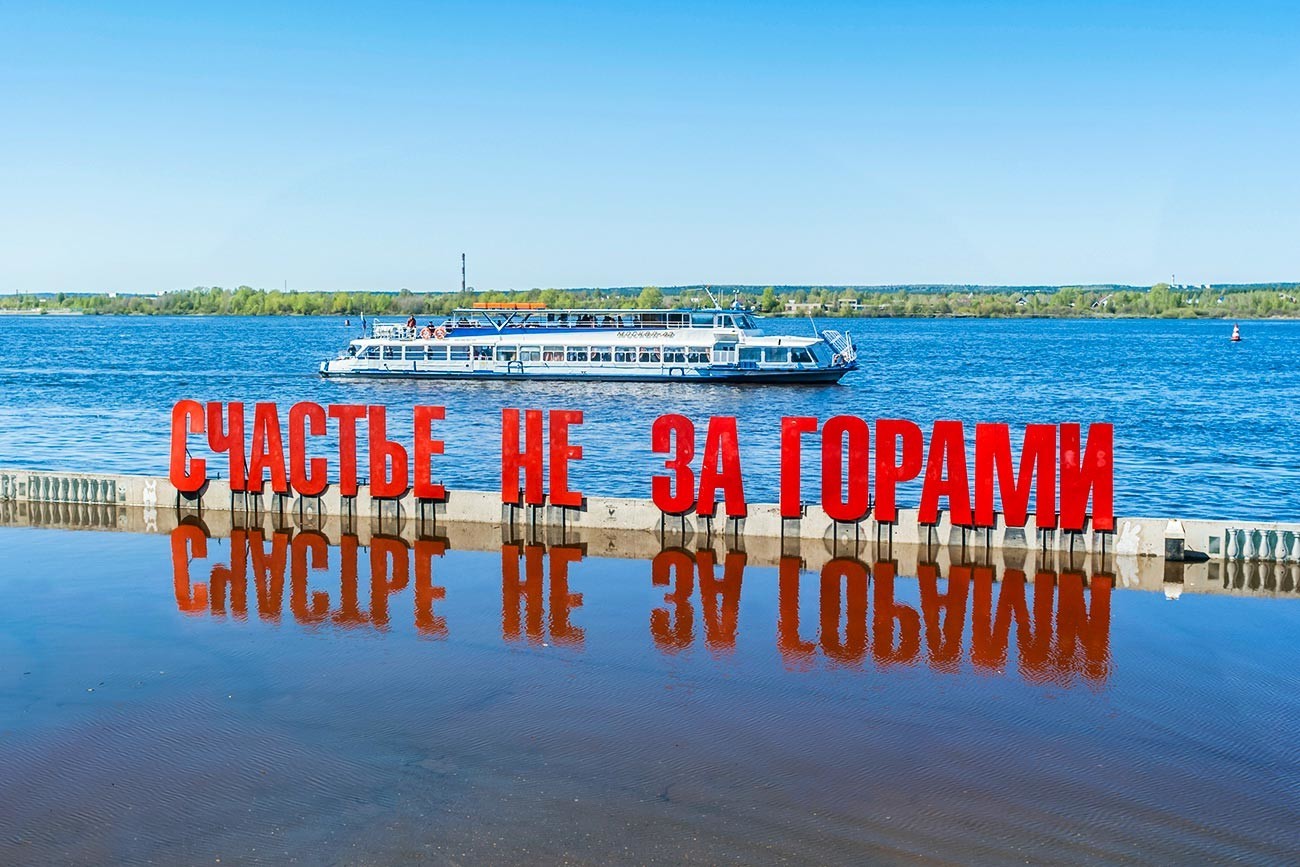 A must for any visitor to the city is to take a boat trip on the Kama River and to take a picture on the embankment with the city's calling card - a large land-art object by Boris Matrosov called “Happiness is not far off” - in the background.

Click here to find out more about things to do in Perm and its environs. 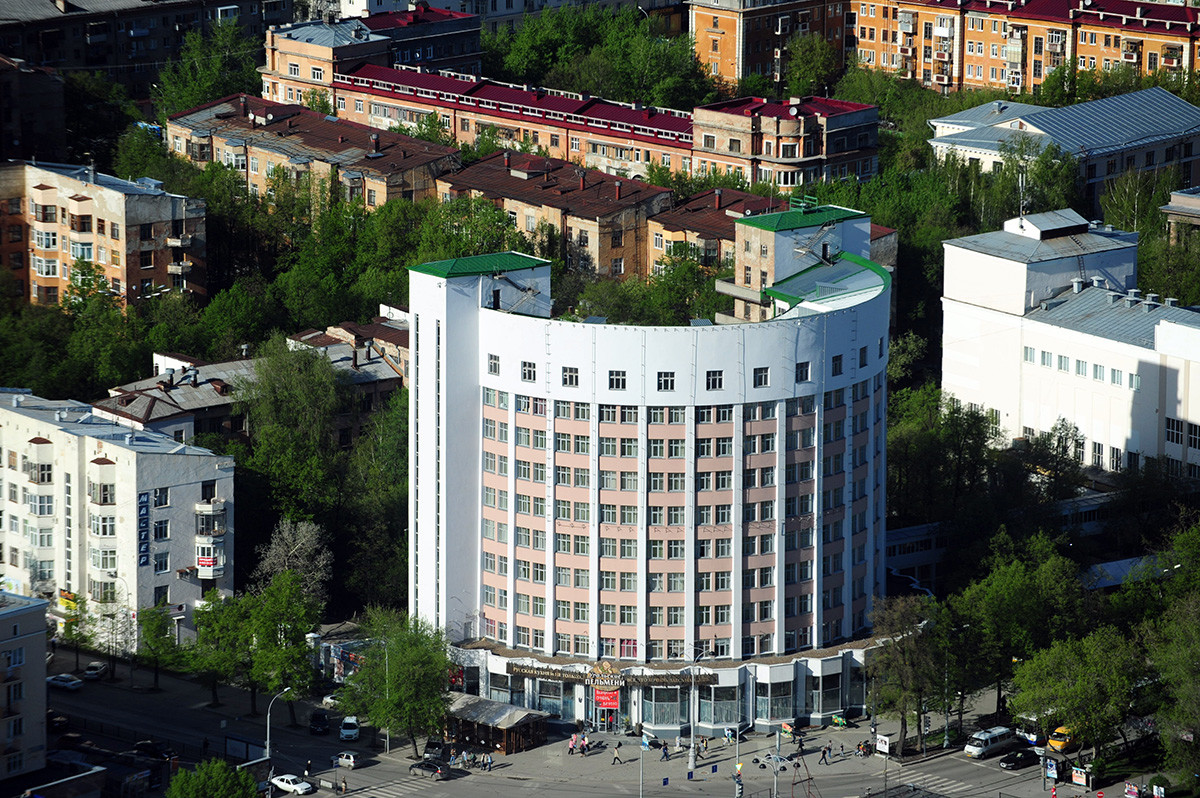 The Chekist Town in Yekaterinburg

Yekaterinburg is an industrial city with a million-plus population, the capital of the Urals and the birthplace of the first president of Russia, Boris Yeltsin.

Make sure to visit the architectural monument known as the Chekist Town, a neighbourhood of constructivist residential buildings and dormitories built in the 1920s and 1930s. It was intended for the leadership of the NKVD secret police (hence its unofficial name).

Find out more about things to do in the city in summer and in winter.

Tyumen is considered the center of the Russian oil industry. At the same time, it has more than once come at the top of the list of the country's most liveable cities. Things to check out here include: a walk along the embankment of the Tura River, amusement rides in the Park of Culture and Leisure, as well as a visit to the Holy Trinity Monastery and the Znamensky Cathedral, built in the unusual Siberian Baroque style. By the way, Tyumen has a very progressive university, with many foreigners among both students and the teaching staff.

In two hours' drive from Tyumen (unfortunately, not on the Trans-Siberian route), is the old town of Tobolsk, which in the 17th-18th centuries served as a stronghold in Russia's exploration of Siberia. There is even a stone Kremlin here! 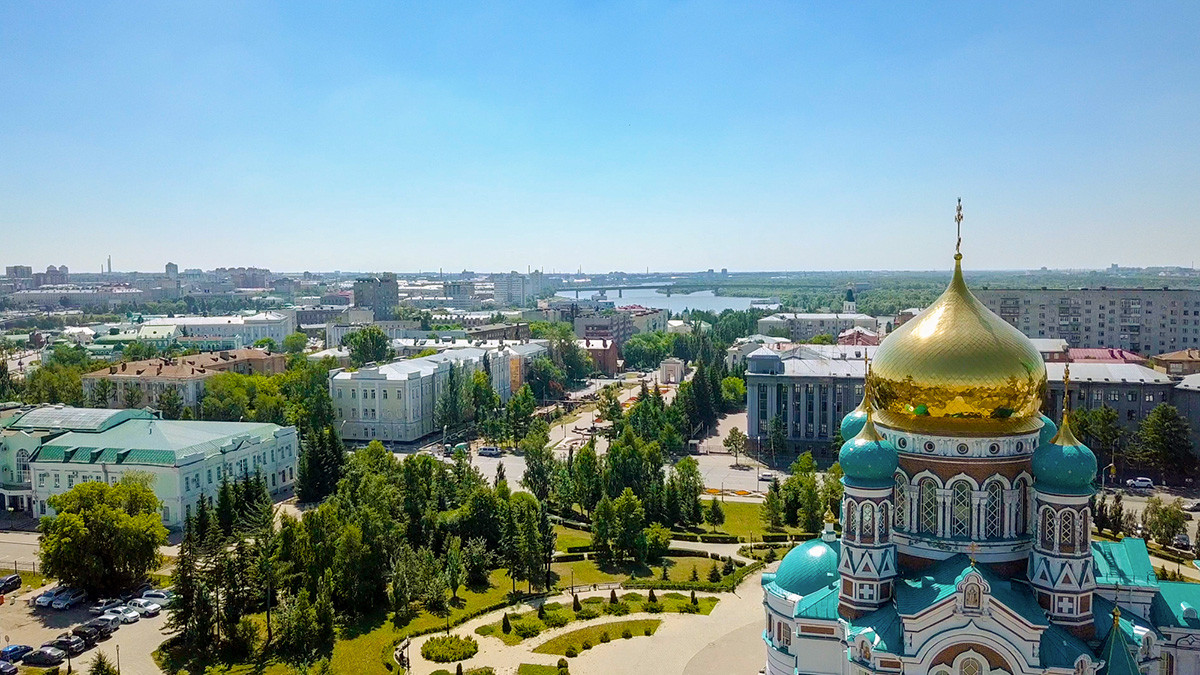 Omsk is known all over the world as the place where Fyodor Dostoevsky spent four years in exile. The city's literary museum, which studies the heritage of Siberian writers, is named after him. Omsk is also home to a unique metro, the shortest in the world as it has only one station. Click here to find out more about how it is used.

Make sure to visit a Continental Hockey League game: the local Avangard team is one of the strongest clubs in the country. 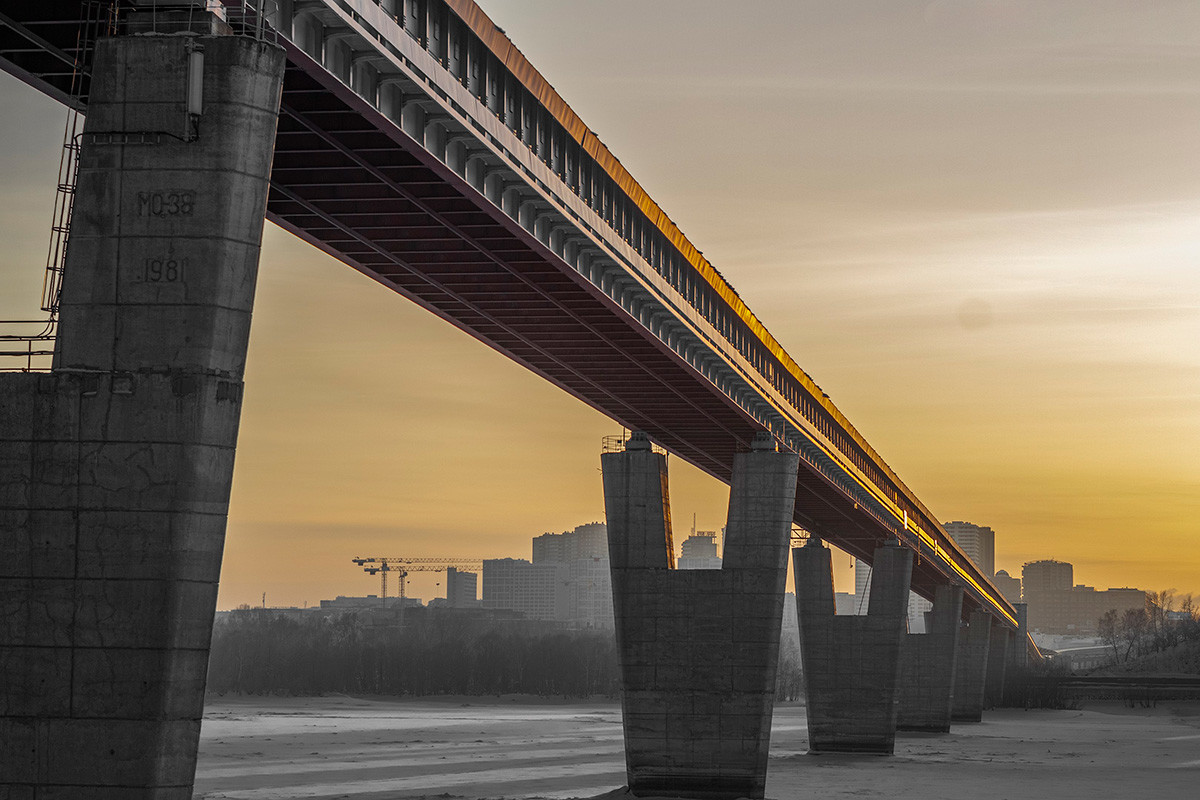 The Nobosibirsk metro bridge over the Ob River

Novosibirsk is considered the capital of... guess what! That's right - Siberia. The city was founded in the 19th century as a stop on the route of the Trans-Siberian Railway, which was being built at the time. And even before the city appeared, a bridge across the Ob River was erected here. It is now part of the Novosibirsk coat of arms.

These days, Novosibirsk is a city with a million-plus population and a variety of leisure activities, from museums and theaters to a large zoo and a circus. You should definitely visit the red-brick Cathedral of Alexander Nevsky, the city’s first stone building.

Check out our guide for things to do in Novosibirsk in winter. 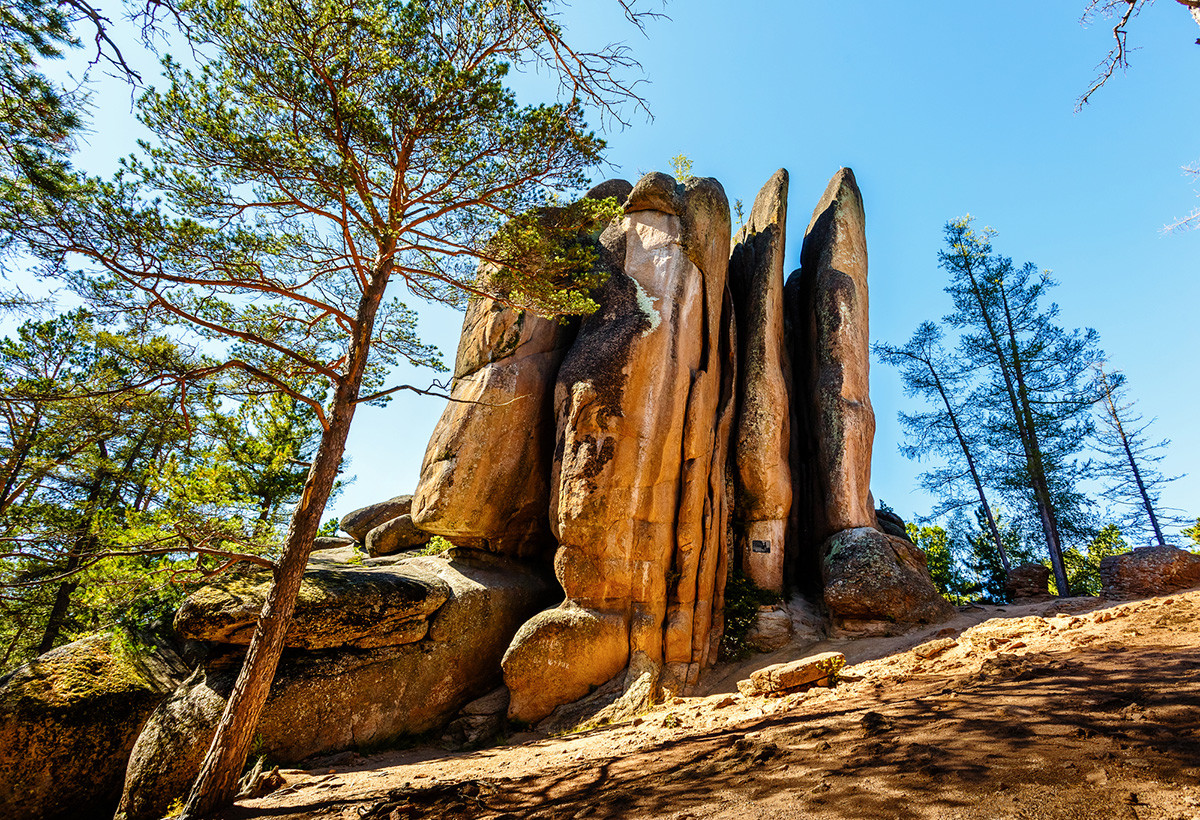 With its long avenues, vast spaces and the great Yenisei River, Krasnoyarsk is a place where you can feel the full might of Siberia. Some of the city's most famous sights are featured on the 10-ruble bill.

Places to visit here include the local history museum as well as the Ploshchad Mira museum center, in which contemporary art is juxtaposed with Soviet art. The two museum buildings are separated by a walk along the Yenisei Embankment, which offers nice views of the bridges across the river.

Not far from the city is a unique natural reserve called Krasnoyarsk Pillars. Click here to read the story of a guide working at the nature reserve and other stories of people overheard onboard the Trans-Siberian. 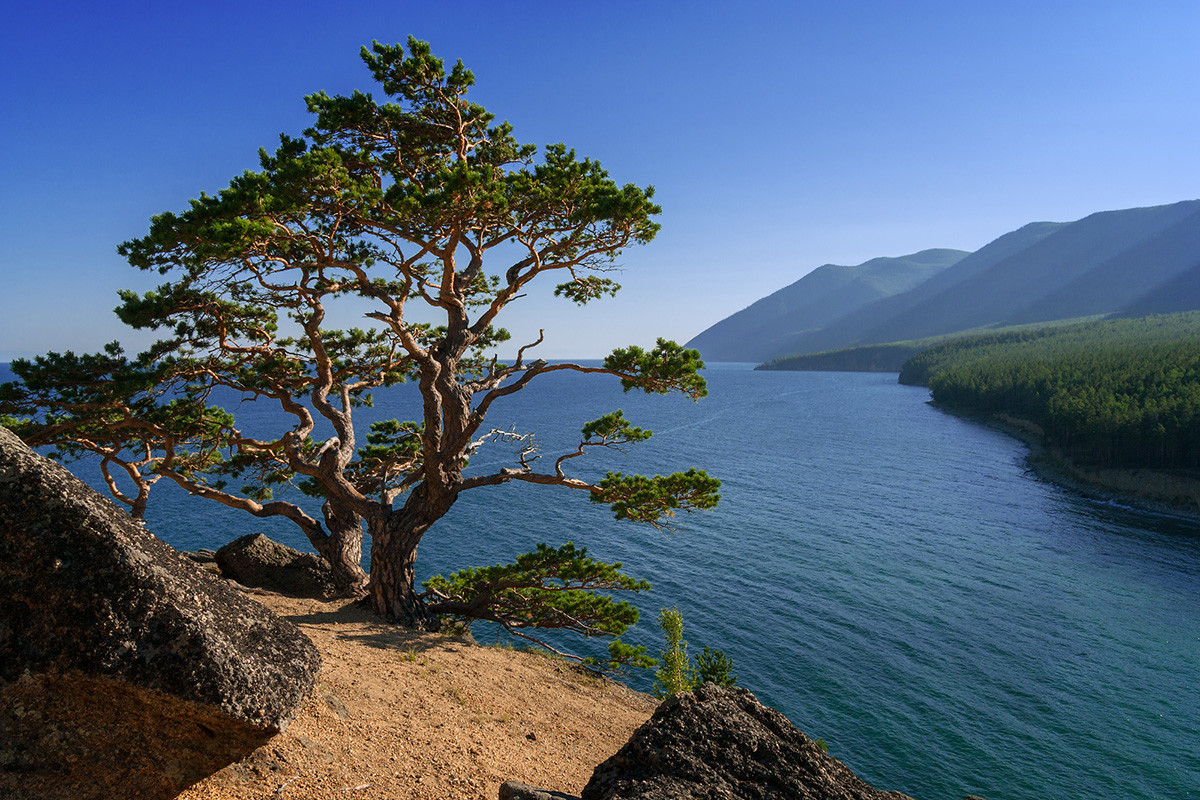 Here we are, half-way through the journey, and we reach the city where the famous Decembrists, who staged an uprising against the Tsar in 1825 on Senate Square St. Petersburg, spent their time in exile. The city has a museum dedicated to their legacy.

Of course, the city's main attraction is Lake Baikal, whose nearest coastal point is an hour's drive from Irkutsk. Click here to read a first-hand account of how to go to the world’s largest lake in winter and fall in love. 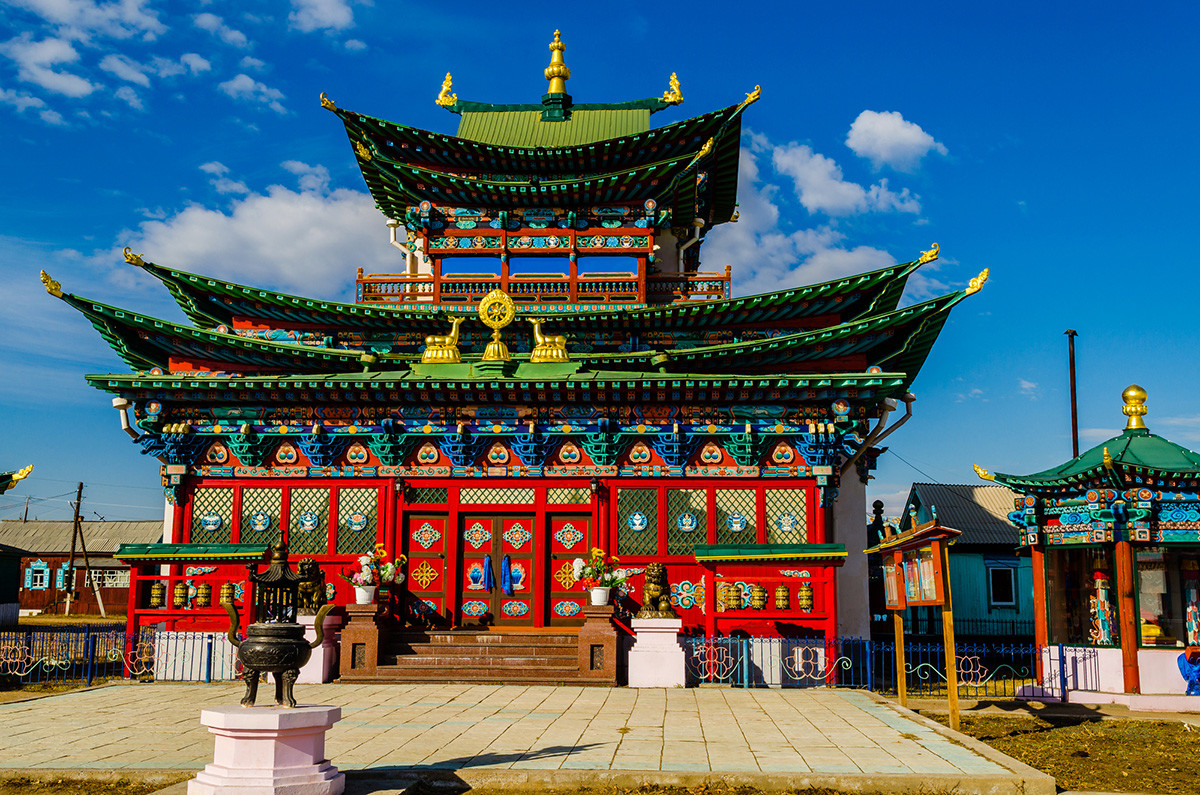 If you don't have time to stop in Lake Baikal, don't worry: you’ll see it from the train window since between Irkutsk and Ulan-Ude, the railway runs along the lake shore, with two-minute stops on the way.

Getting off the train in the capital of Buryatia may be your most unusual adventure in Russia. This area on the border with Mongolia is known for its ancient Buddhist traditions. Not far from the city is an important Buddhist center, Ivolginsky Datsan. Even the main Russian Orthodox church in Ulan-Ude, the Odigitrievsky Cathedral, looks more like a Buddhist stupa. 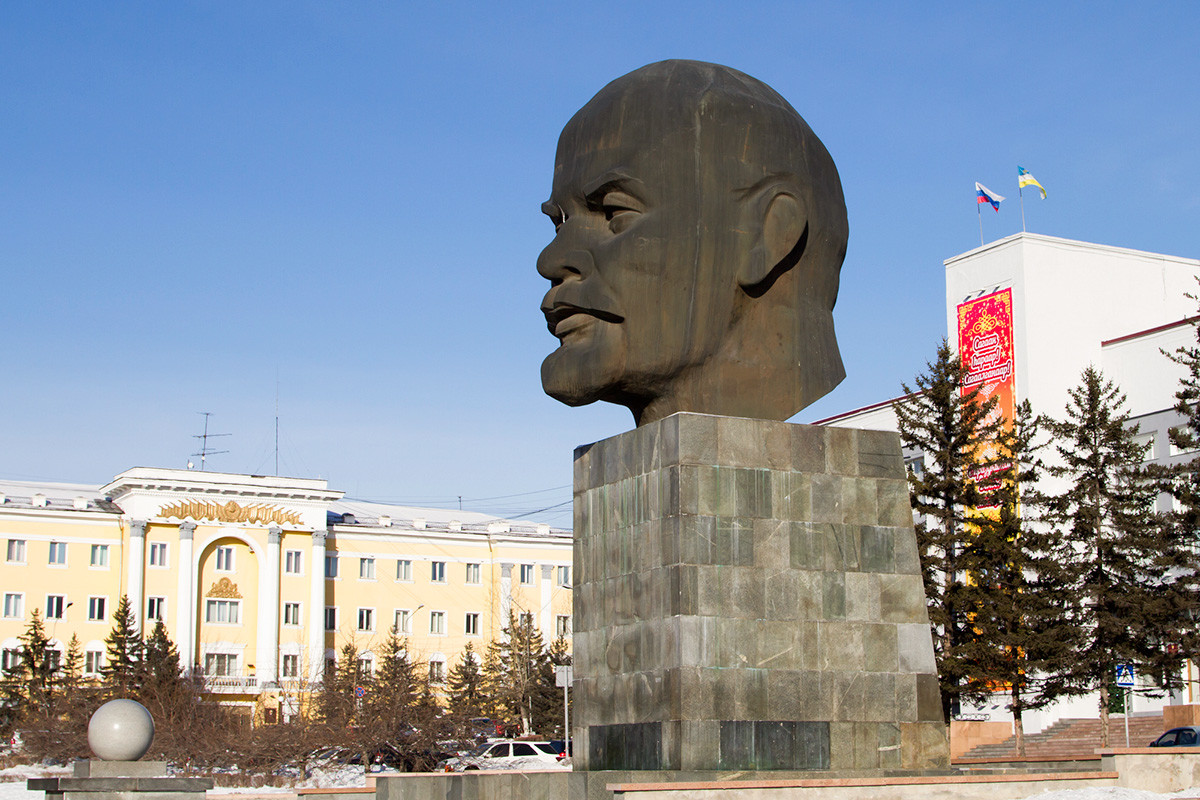 There is also an unusual monument to Vladimir Lenin in the form of the man's giant head.

Click here to read about an Englishman's adventures in Ulan-Ude. 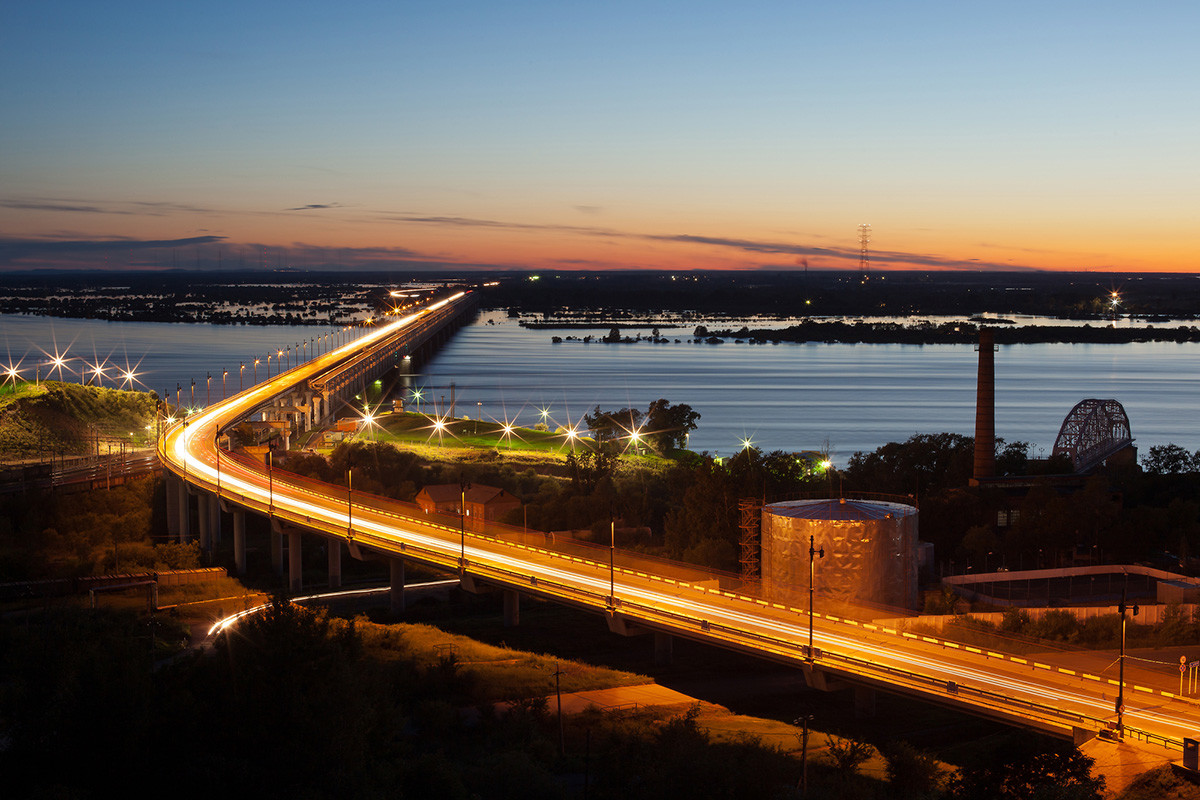 A bridge over the Amur River in Khabarovsk

Some 14 more hours and you’ll be in Vladivostok! In the meantime, welcome to the capital of Khabarovsk Territory and to the Russian Far East. The city is located on the Amur River near the border with China. There is a 3-km bridge across the river, which is popularly known as the “Amur miracle”.

Interestingly, 75 km from Khabarovsk, in a village of the local indigenous Nanai people, a stone carving dating to 12,000 BC was found. Click here to read more about this ancient artefact.