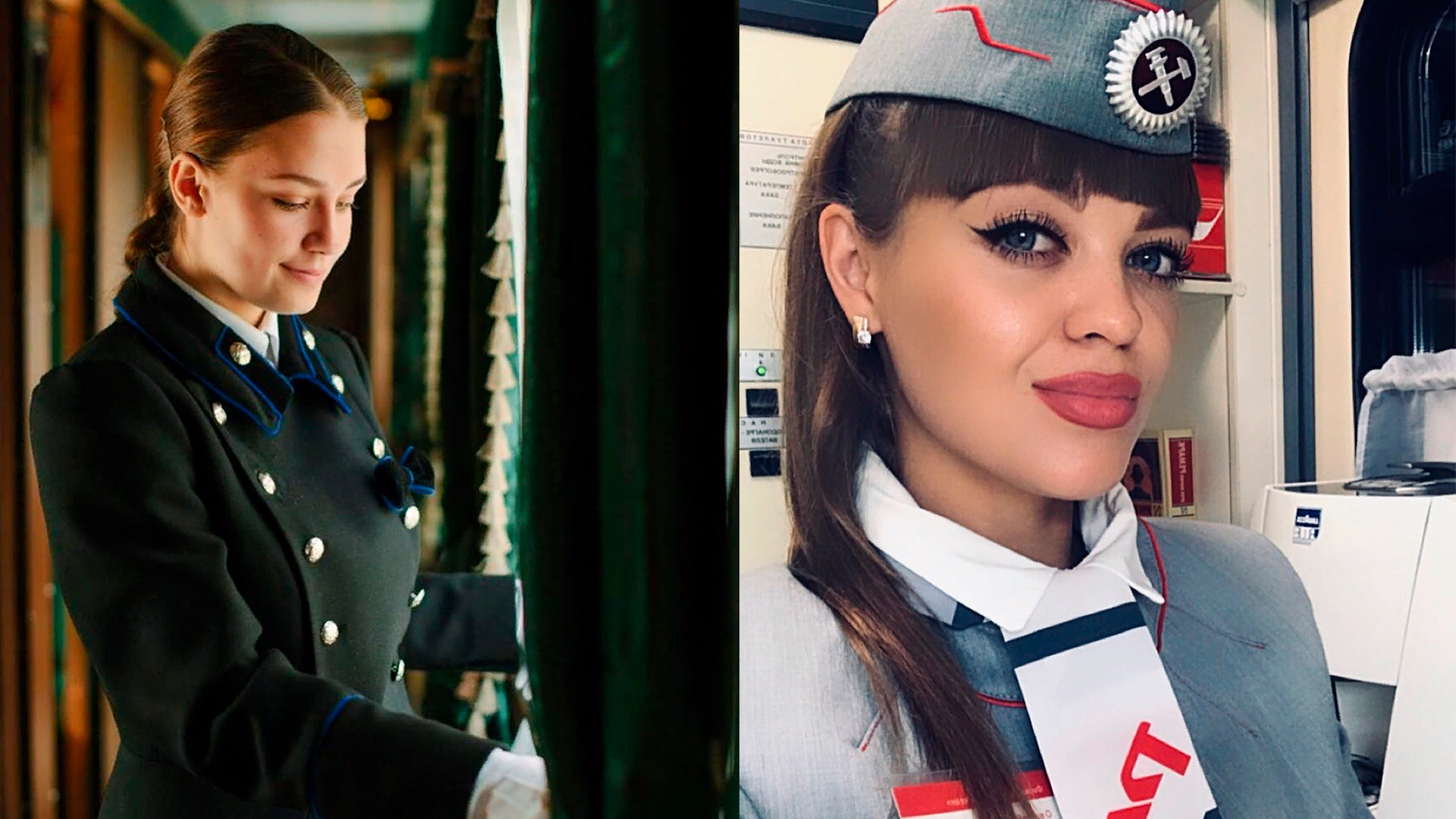 @ruskeal. express; @vasilyevaanyta
It’s great to make a trip on a train across snowy Siberia! Especially, if there are such conductors.

Russian Railways connect many remote parts of the biggest country, from the Western city of Kaliningrad to the Eastern point of Vladivostok, and for many people, it’s the most affordable transport. Meet the train conductors who take care of the passengers all the way!

1. A train conductor awaiting passengers on the Sapsan high-speed train that connects Moscow and St. Petersburg. 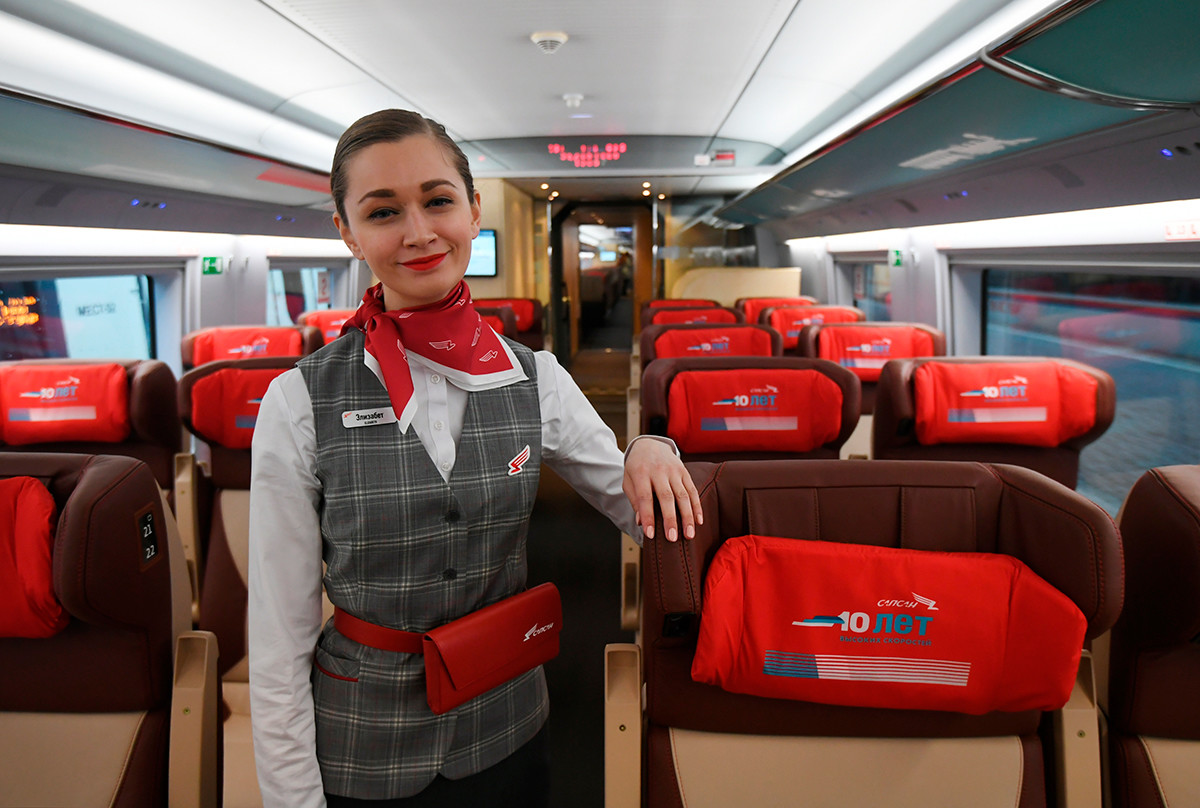 2. A train conductor on the Quiet Don train (named in honor of the popular novel by Mikhail Sholokhov) between Moscow and Rostov-on-Don on the south of Russia. 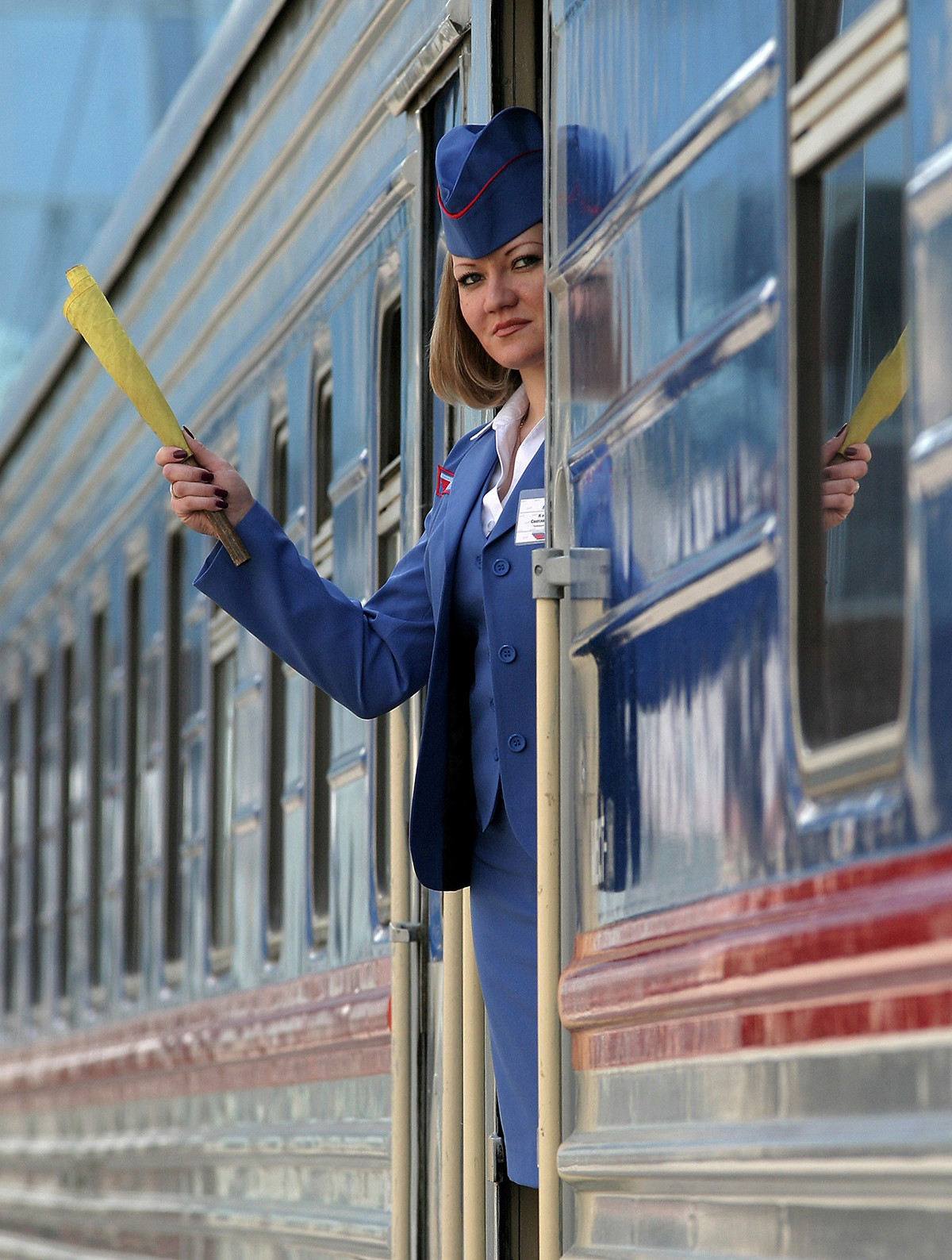 3. A conductor greeting passengers aboard the new Tavria train between Moscow and Simferopol. This train crosses Kerch strait via the Crimea bridge and takes 33 hours to get from the point of departure to the final stop. 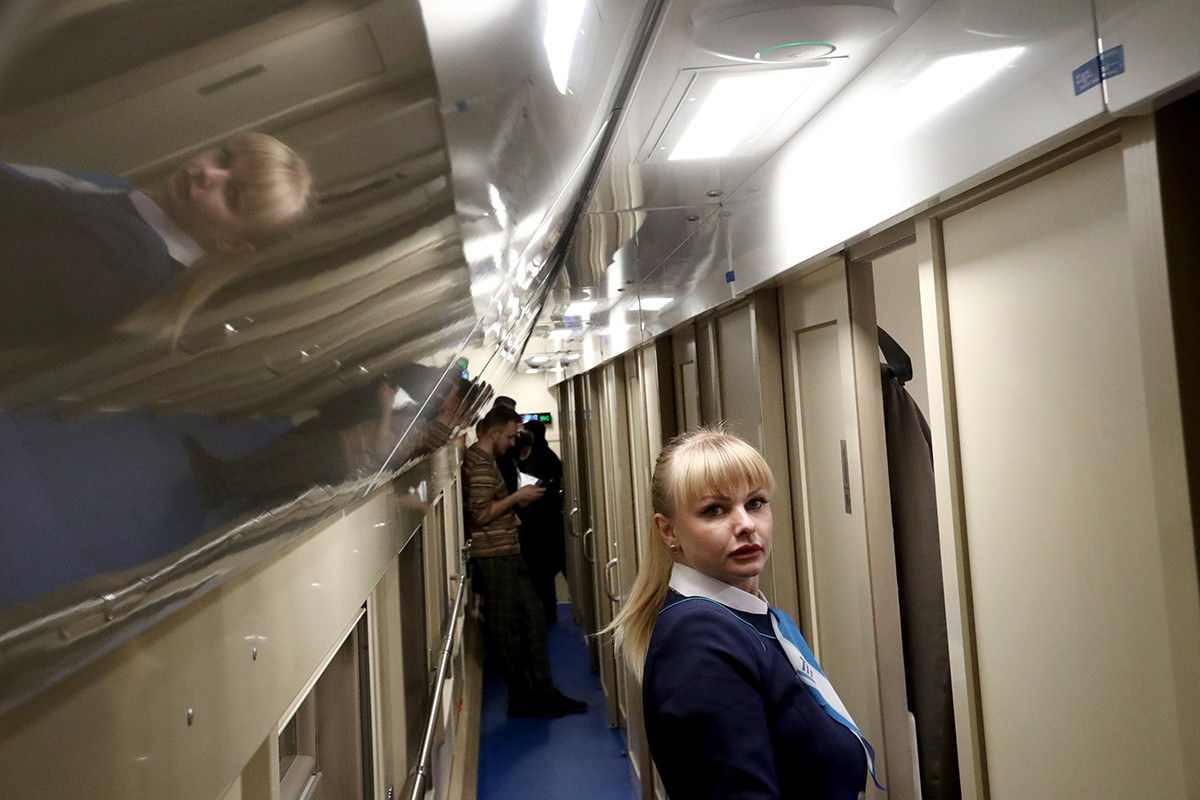 4. Tea in a metal glass holder is a symbol of train journey in Russia! This nice tradition started in the end of the 19th century with the development of the railways and is still alive today. Why? Because Russians simply like to drink tea and the glass in a holder is more secure on a train table! 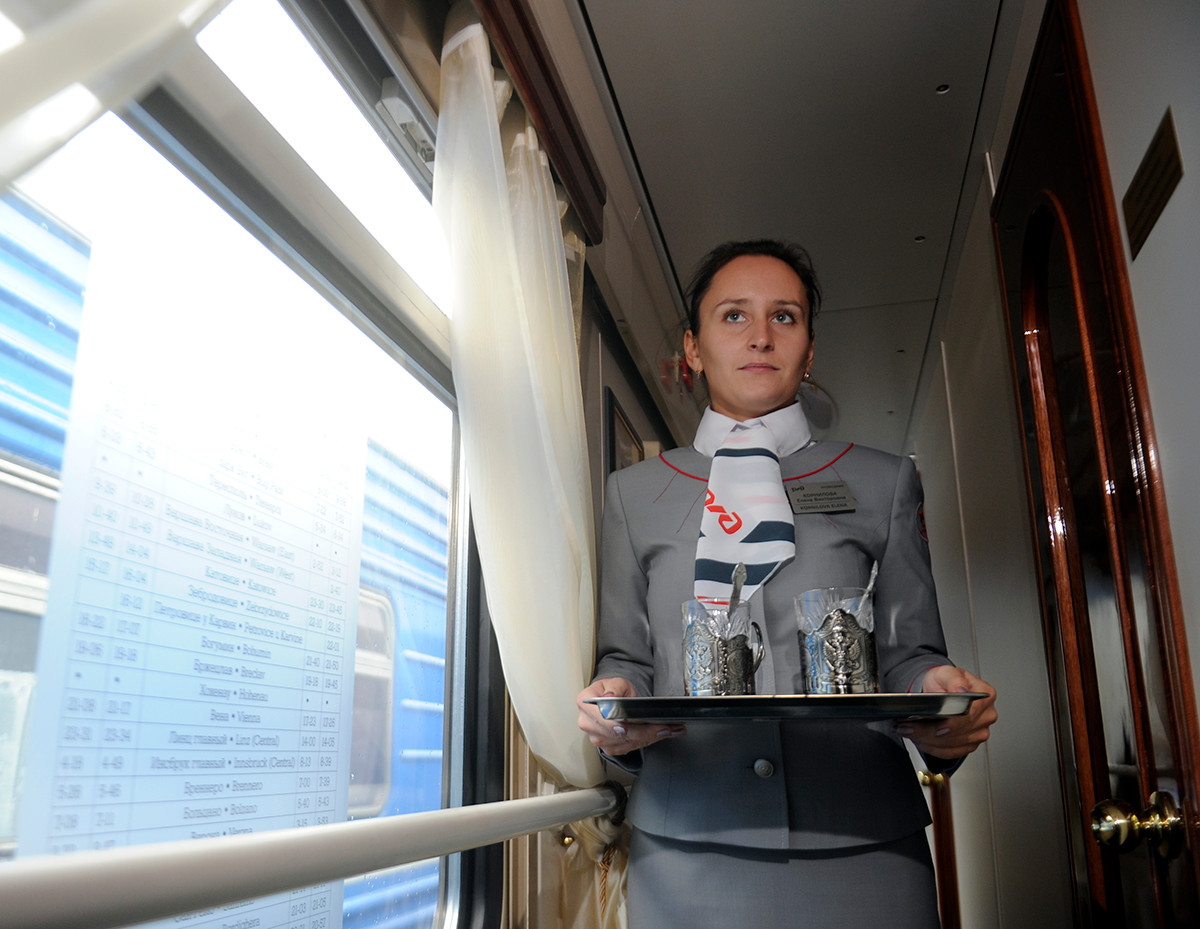 5. Another interesting train tradition: Russian speed trains bearing the names of birds. The Sapsan (“Peregrine falcon”) train between Moscow and St. Petersburg and Moscow and Nizhny Novgorod, the Ivolga (“Oriole”) commuter train in Moscow, the Lastochka (“Swallow”) train from St. Petersburg to Petrozavodsk and commuter trains in Sochi and the Strizh (“Swift”) speed train pictured below from Moscow to Berlin. 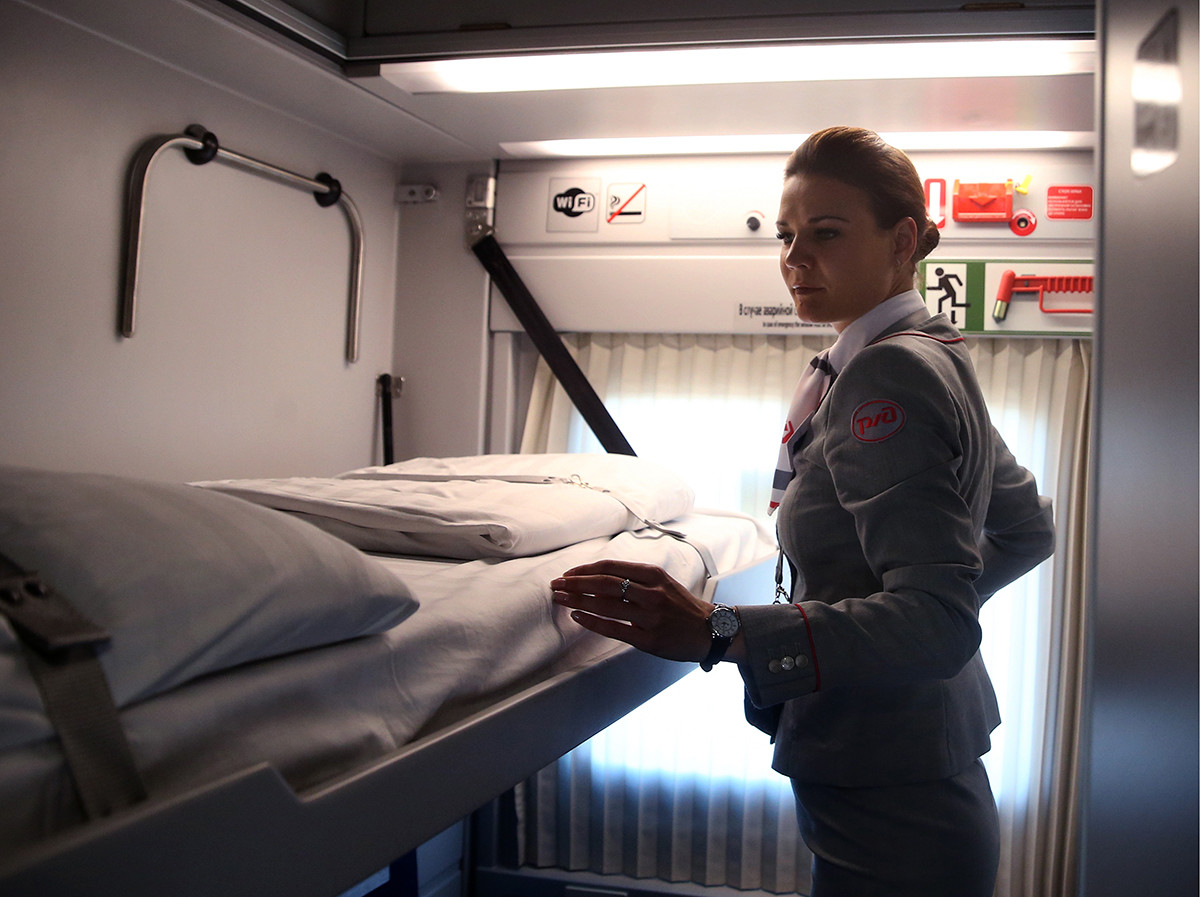 6. Conductors of the Sapsan trains have recognizable gray and red uniforms. 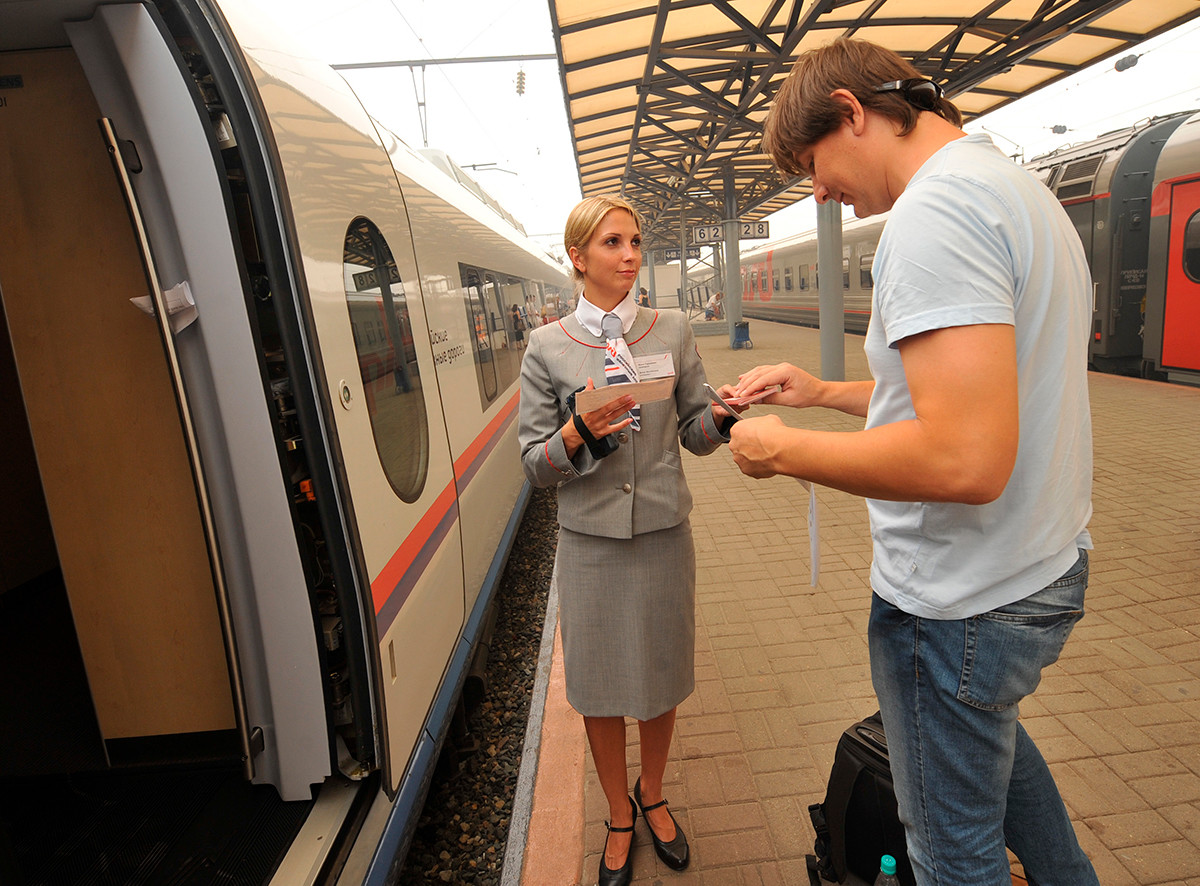 7. A conductor on the train from St. Petersburg to the Abkhazian city of Sukhumi. The journey takes more than two days. 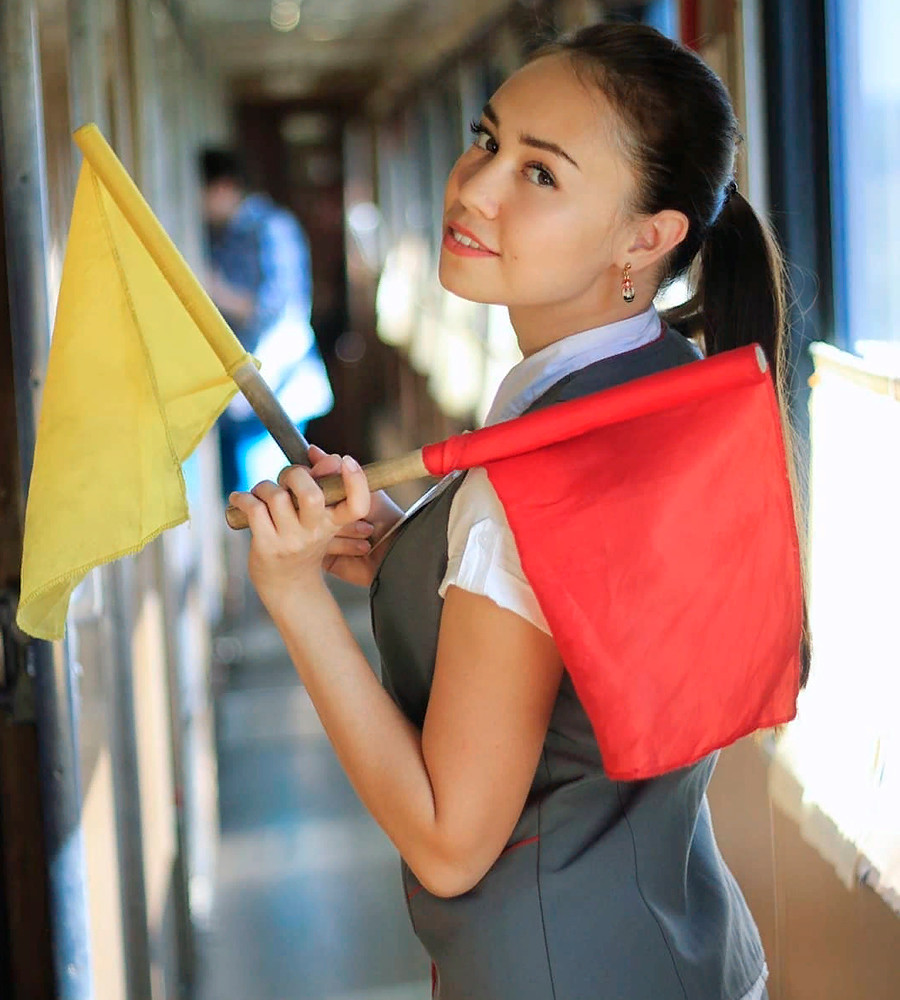 8. Many conductors in Russia are just students who work not only for the money, but also to see the country. 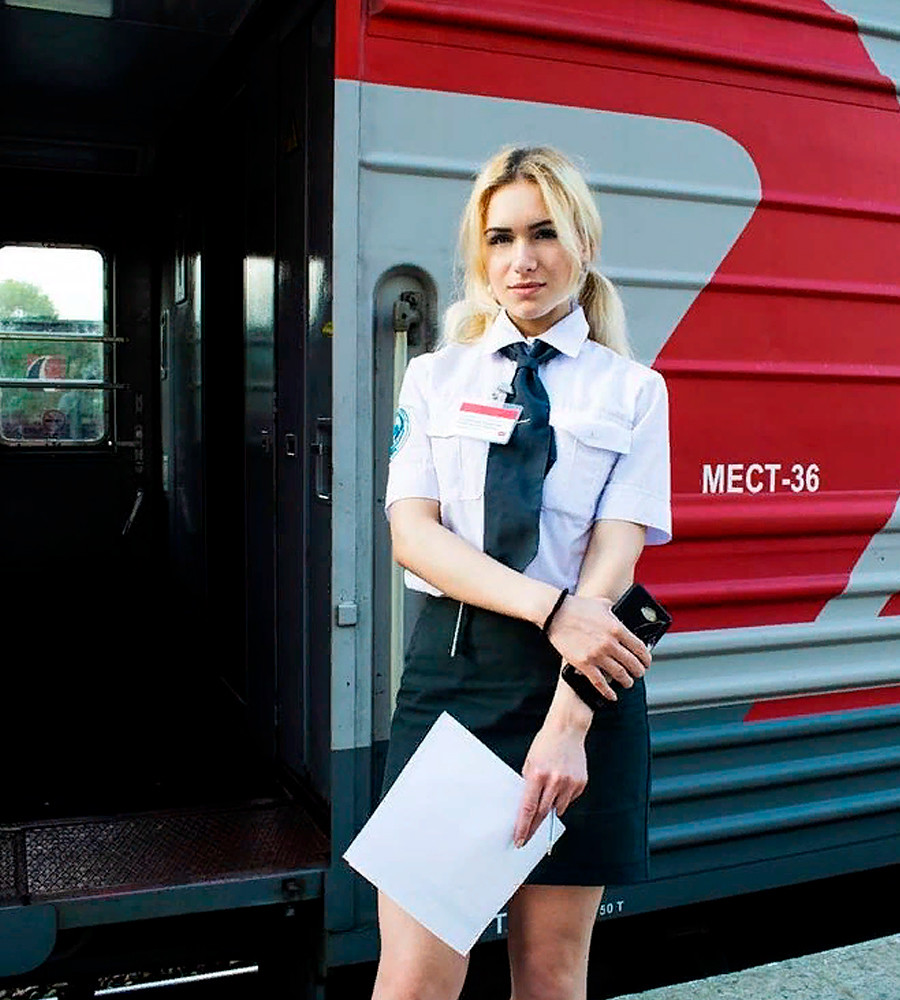 9. The retro Ruskeala Express train connects the Karelian city of Sortavala and the mountain park, where in the Russian Empire, marble mines were located. The conductors are also dressed in the style of the early 20th century! 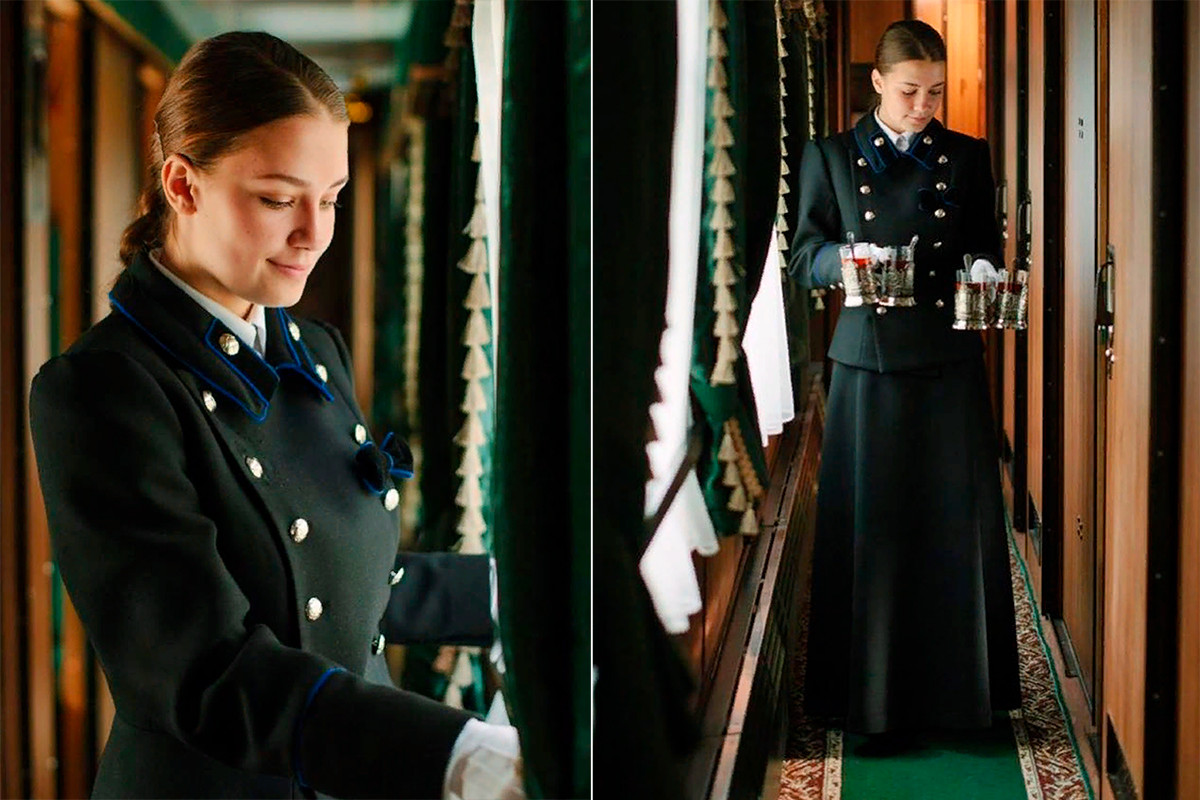 10. In a conductor’s compartment. 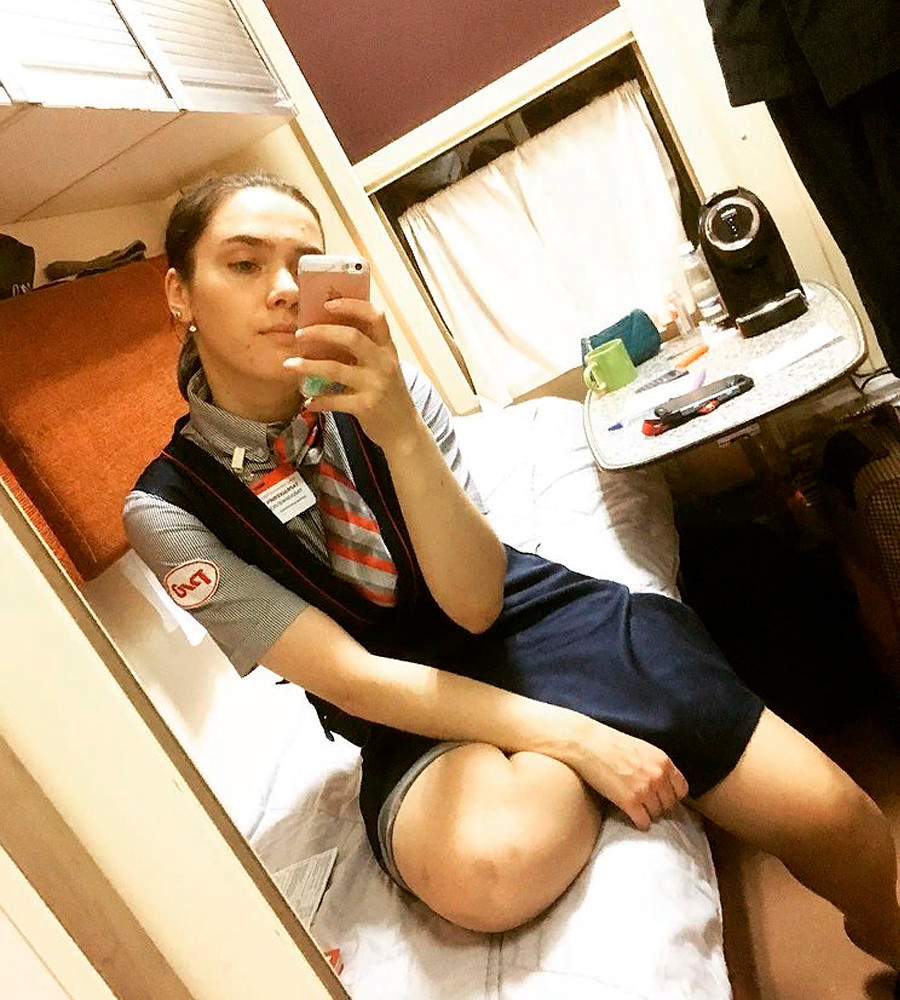 11. A conductor during a stop at a small station. 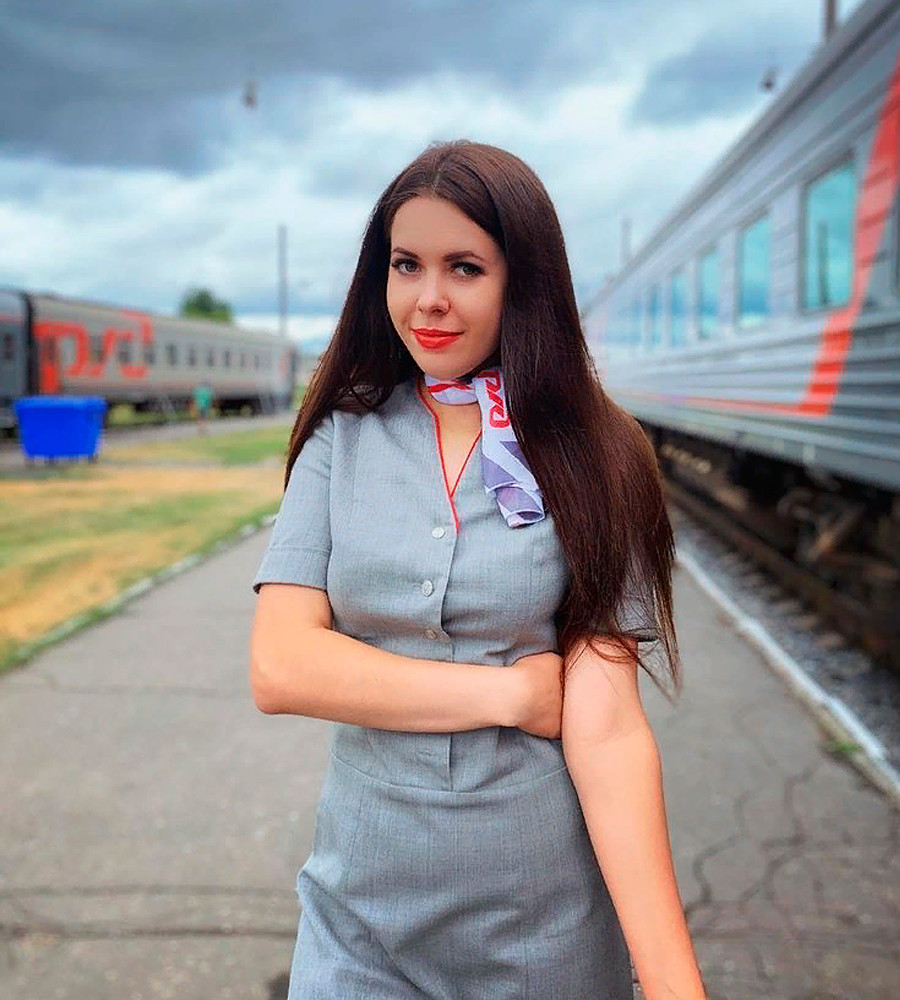 12. A train conductor in North Ossetia. 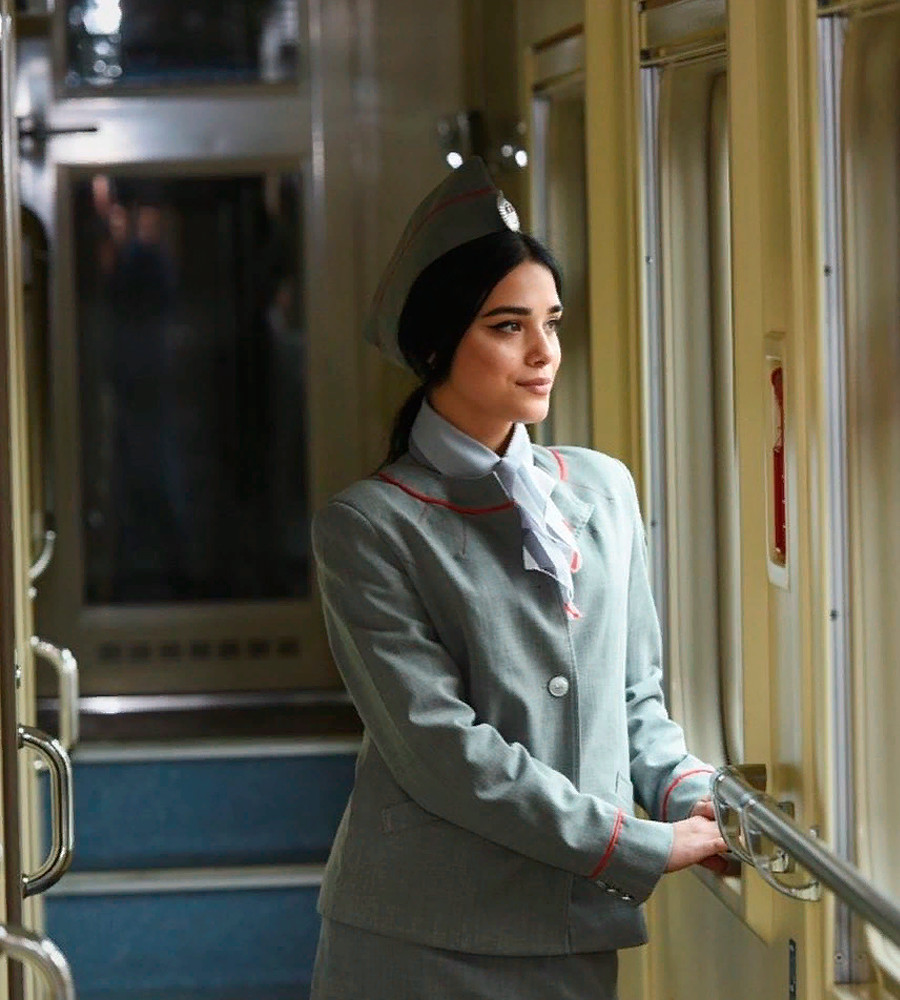 13. Meet the train conductor who accompanies you on the train journey from Moscow to Vladivostok. Yes, the whole week! 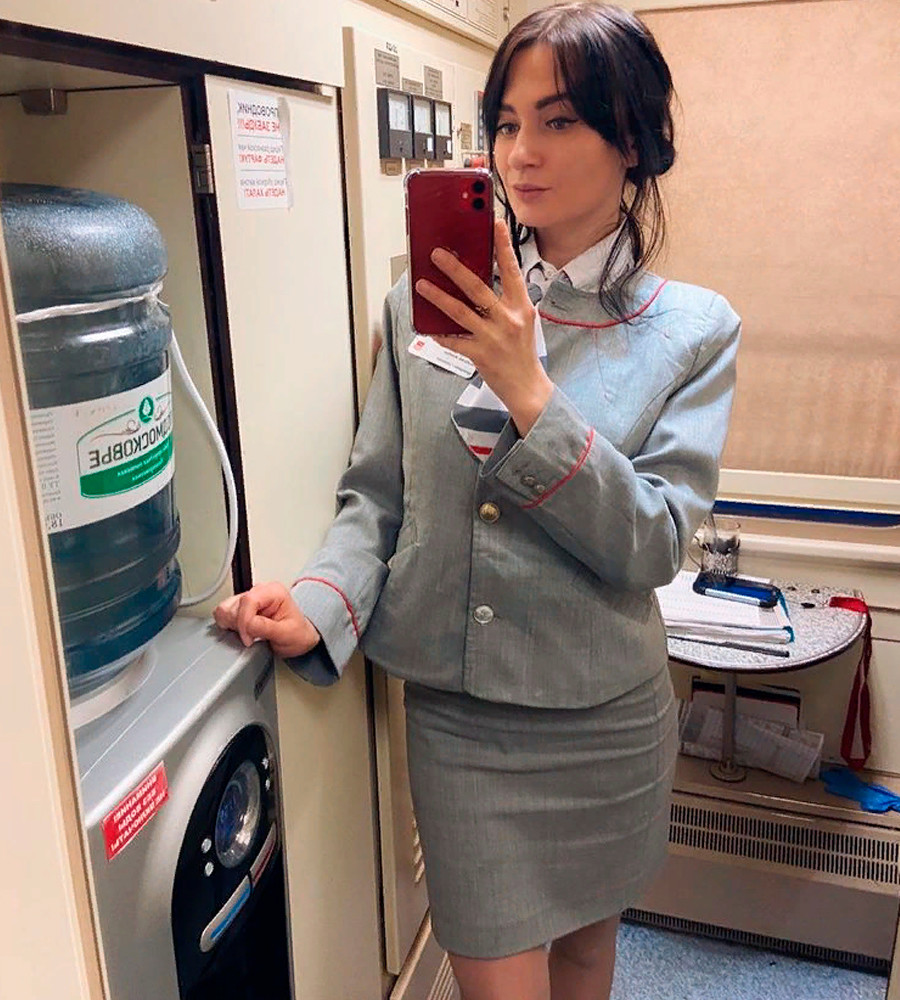 14. This train conductor takes care of passengers on an Okean ("Ocean") train from Vladivostok to Khabarovsk. 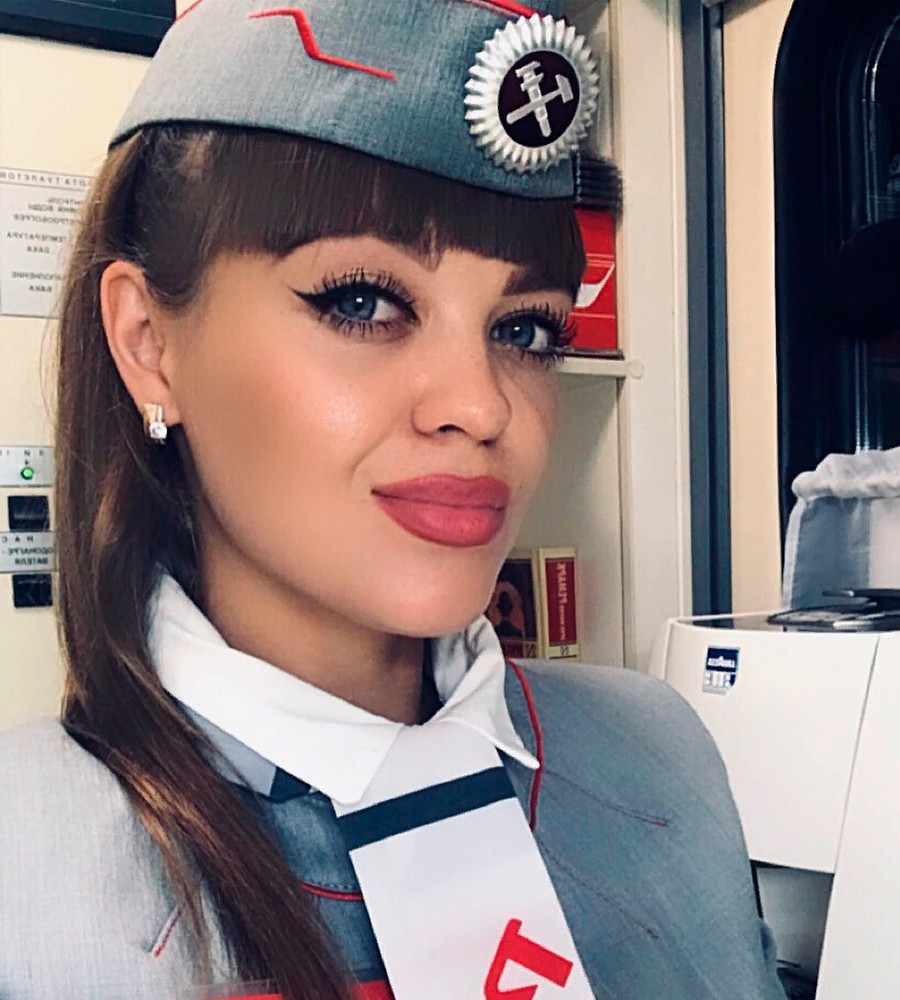 15. A conductor waiting for the next station. 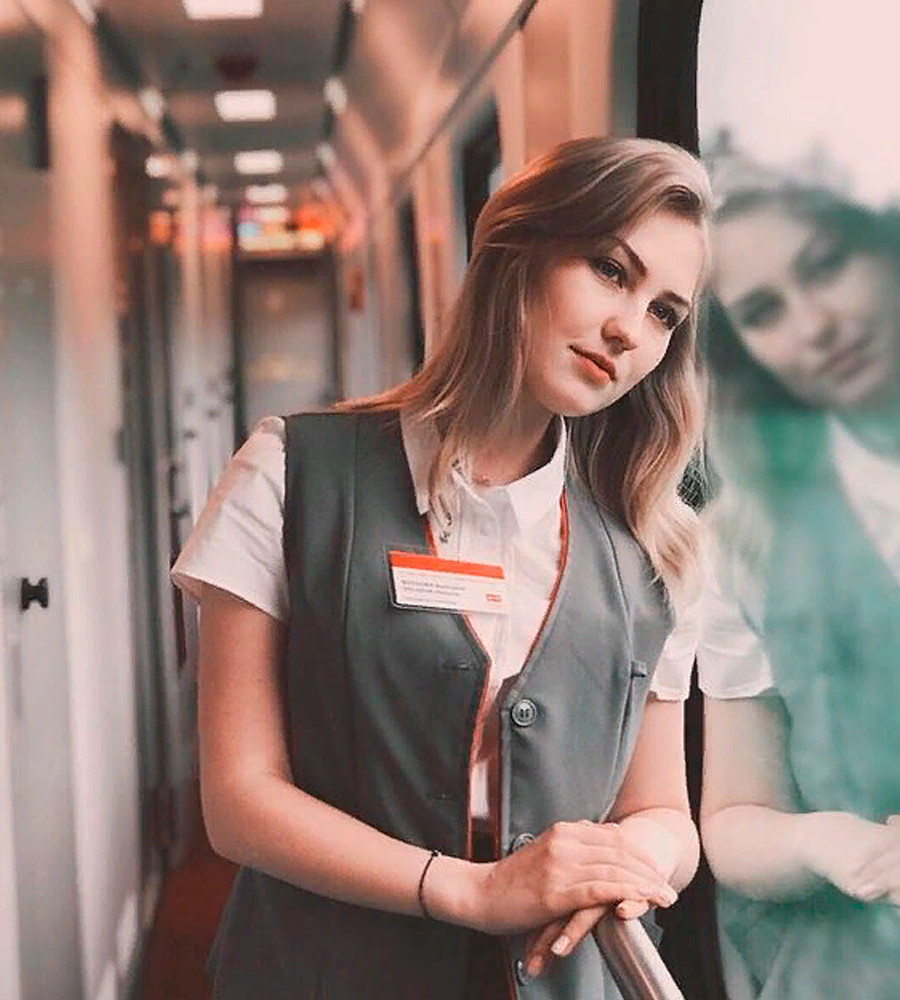 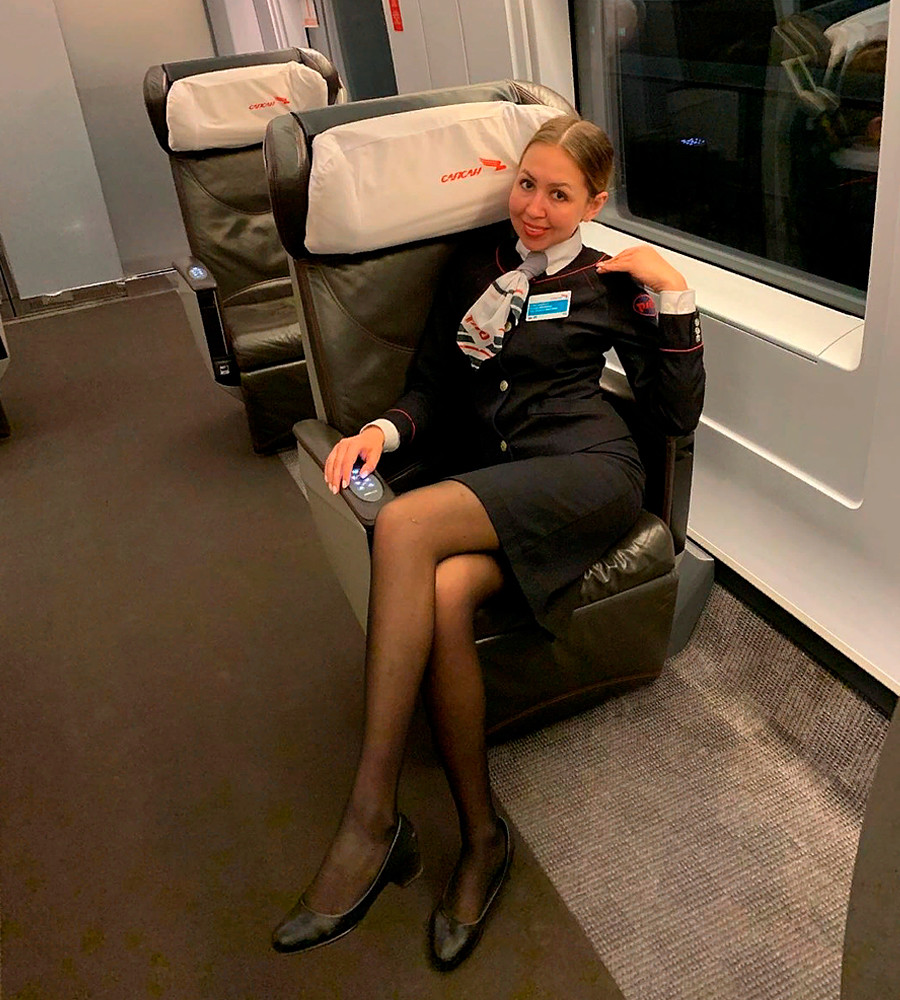 In Russia, not only women work as train conductors, but also nice guys like this!