What to do in Yekaterinburg in winter? 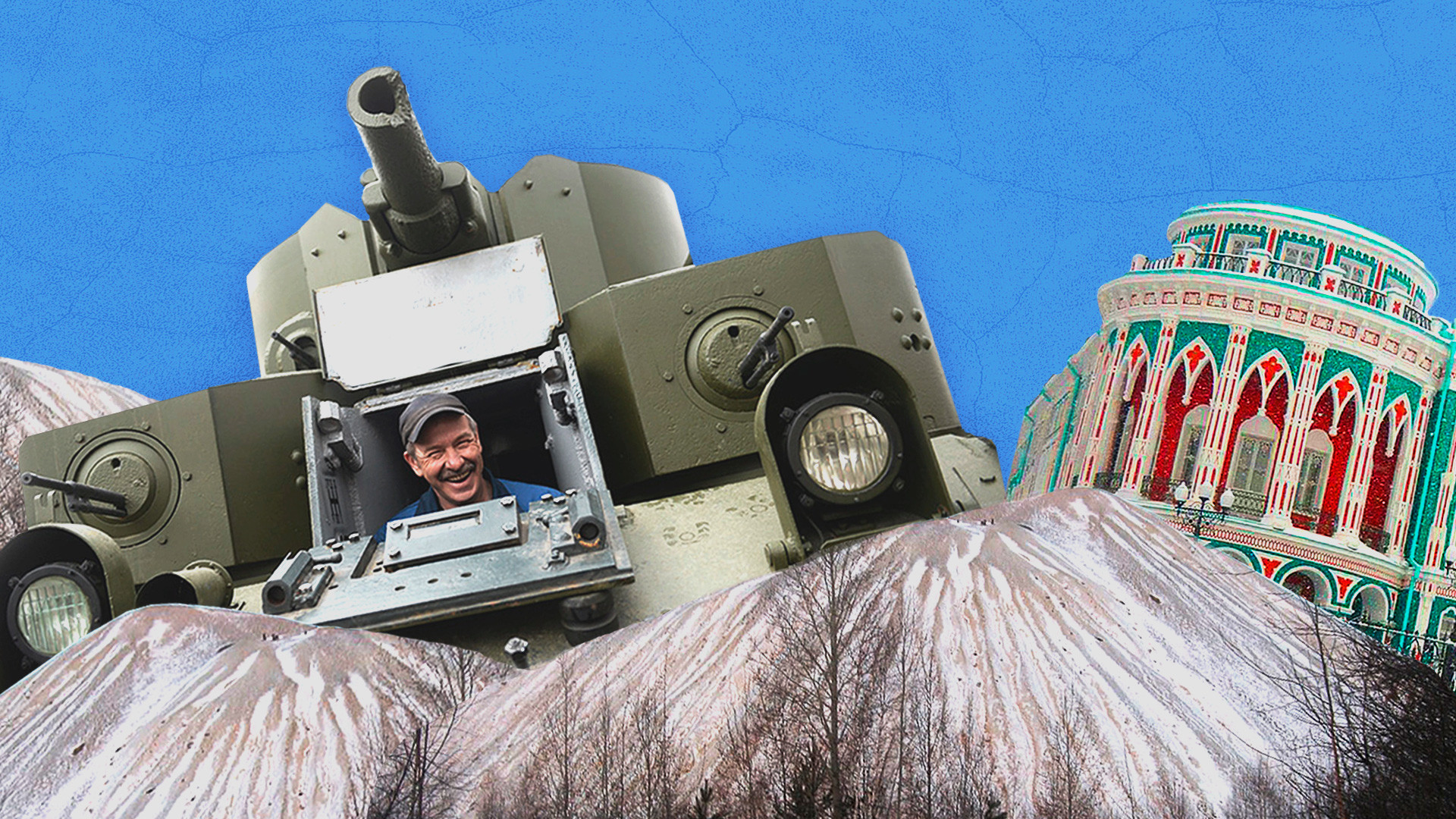 Firewind Kyoto/(CC BY-SA 3.0), Mark Zazen/(CC BY-SA 4.0), Павел Лисицын/Sputnik
Ever dream of visiting the place that Brad Pitt's favorite motorcycle comes from or getting a feel of what it was like to be a 19th-century gold prospector? You can have a great time in the capital of the Urals any time of the year and even in sub-zero temperatures.

Yekaterinburg is beautiful city that is filled with history. With 1.5 million inhabitants, it is the largest city in the Urals and the unofficial “third capital” of Russia. It is just a couple of hours from Moscow or St. Petersburg by air, and its new airport, Koltsovo, is one of the best in the country. With well-developed road and rail infrastructure, the city is a convenient base for travelling around the rest of the Urals. It attracts outdoors enthusiasts with its stunning mountains, caves, taiga forests and so-called "energy sites") but is also popular among fans of industrial tourism who come to advantage of the guided tours that many factories offer. What’s more, it is as interesting here in the winter as it is during the summer.

1. Take a walk around the most compact Russian city (with over a million inhabitants) 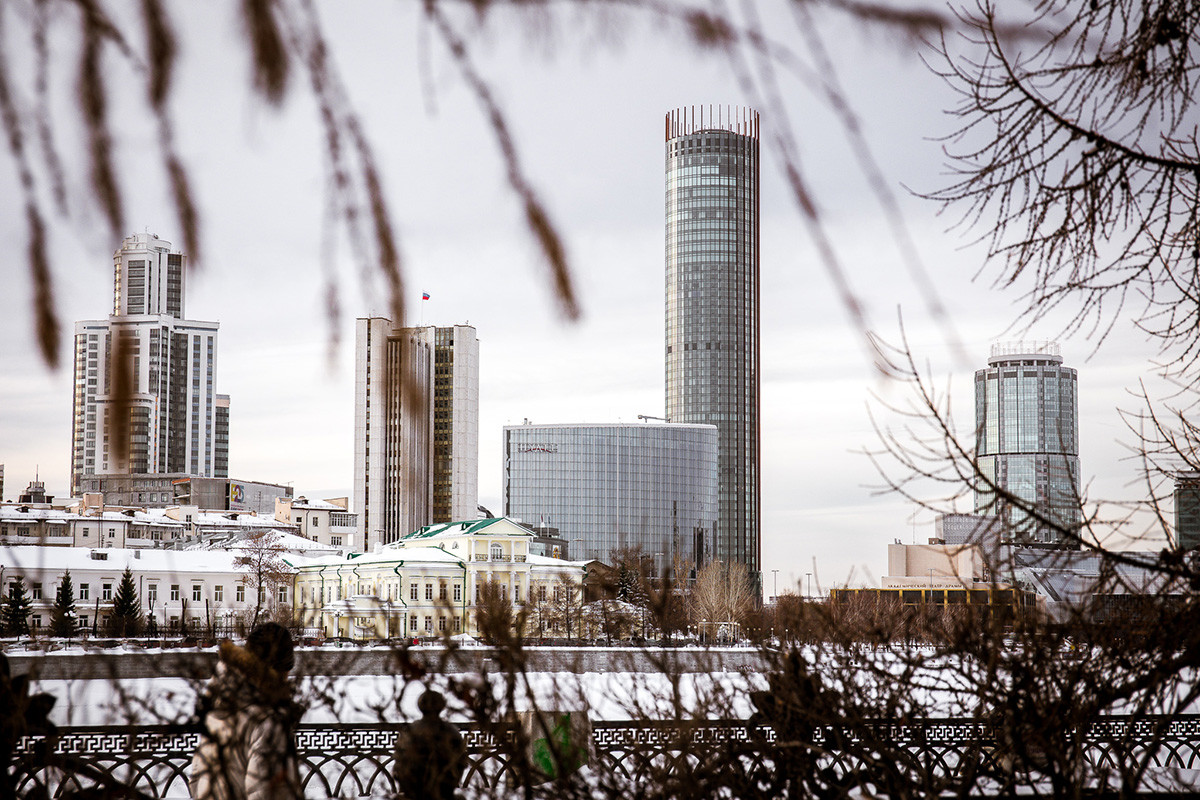 Yekaterinburg has a reputation for being a sort of Moscow in the Urals. People from neighboring towns come here to study and work and generally enjoy its big city culture. Modern skyscrapers, paid parking facilities, ski centers and hipster restaurants – from craft burger eateries to cafes serving gluten-free desserts – have sprouted up like mushrooms throughout the city.

Yekaterinburg is most famous for three things. First, it is where the last Russian Emperor was murdered. This event is memorialized in the Church on the Blood, built on the site of the demolished house of the engineer Nikolai Ipatiev in whose cellar the gruesome event took place. Second, it is the hometown of Russia’s first president, Boris Yeltsin, and the city has a Yeltsin Center with a museum and souvenir shops. Finally, it is famous as the most compact Russian city with over a million people, and all of its 1.5 million residents live inside a relatively small area. Nevertheless, the city is actually quite large, and it will take you about 30 minutes to walk from the Yeltsin Center to the Church on the Blood, although on a map they appear just opposite each other. You will need the same amount of time again to walk from there to the Chekist Village housing complex or to the pedestrian-only Vaynera Street. 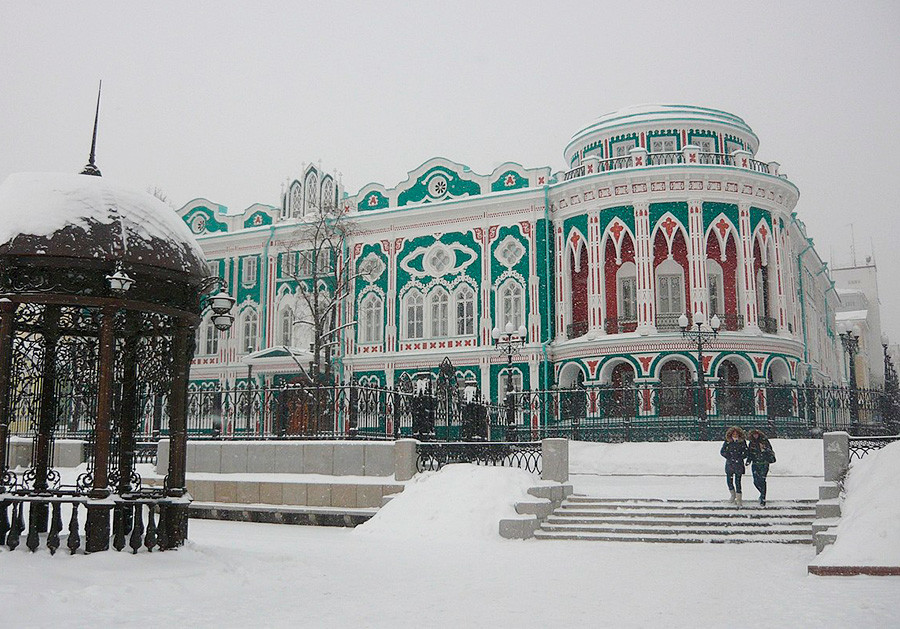 Yekaterinburg has a metro system with a map that includes station names written in the Latin script. It certainly isn’t the biggest metro system in the country, but it is more convenient to get from the railway station to the center by metro than on foot (10 minutes vs. one hour). The metro works with old Moscow Metro tokens, so if you happen to have some left over from previous trips to Russia, be sure to bring them with you. 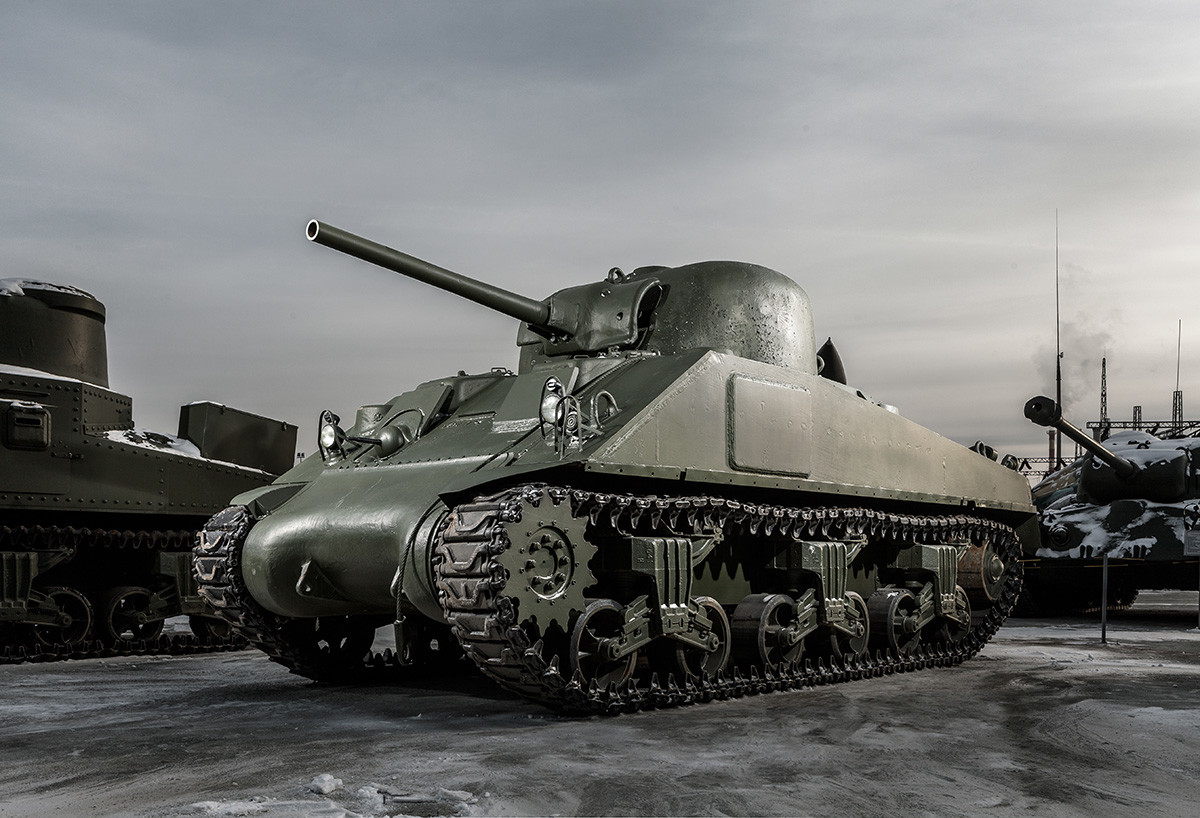 Even if you don’t consider yourself a military equipment enthusiast, you're sure to find this museum interesting. The Military Museum of the Ural Mining and Metallurgical Company (UMMC) occupies an enormous area in Verkhnyaya Pyshma, a northern suburb of Yekaterinburg. In the open-air part of the museum you will find everything from aviation equipment and artillery to vintage armored vehicles, including various modifications of the famous T-34 tank, a Project 1125 armored river-boat (a veteran of the Battle of Stalingrad) and a 1943-vintage armored train.

When the cold begins to get to you, you can step inside and look around the museum of military hardware (ever seen an armored sled?) or the vehicles museum, which even has Estonian racing cars. The museum curators told us that a museum of parade equipment and an aviation museum will open soon, making this even more of a must-visit site.

To get there, take Bus No. 111 from Prospekt Kosmonavtov metro station to Metallurgov Street. Entrance costs 300 rubles (about $5) and the open-air section is free.

3. Hold up a leaning tower 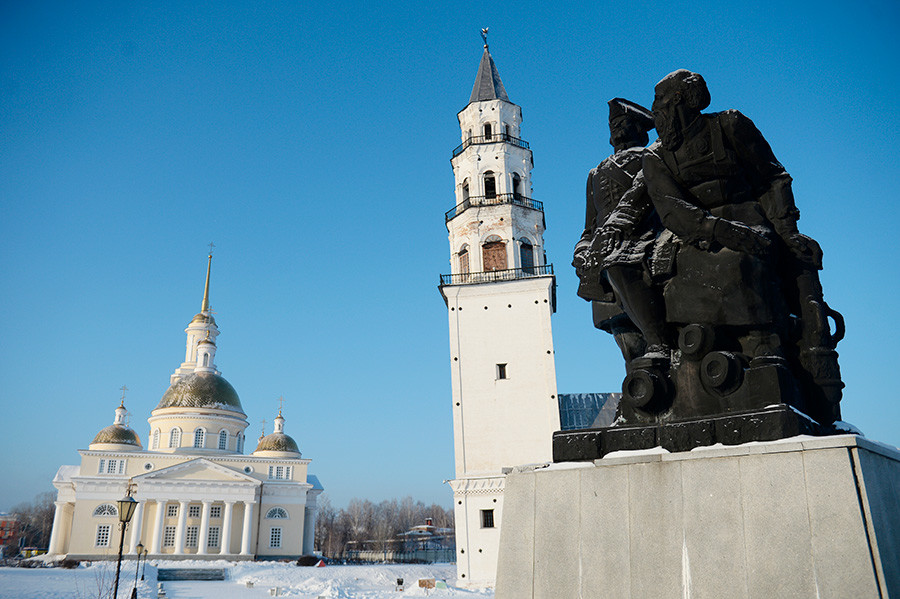 You might already know that many things in Russia are only held together thanks to Instagrammers, so you too can do your part to support the Leaning Bell Tower of Nevyansk! But seriously, Yekaterinburg is surrounded by lovely little towns with perfectly preserved pre-Revolutionary architecture, including many beautiful merchant houses and wooden churches. For example, Nevyansk, 85 km north of Yekaterinburg, is famous for its tower, which leans 1.85 meters to the side. It is thought that from the outset its architect designed it as a leaning tower to compete with the one in Pisa. 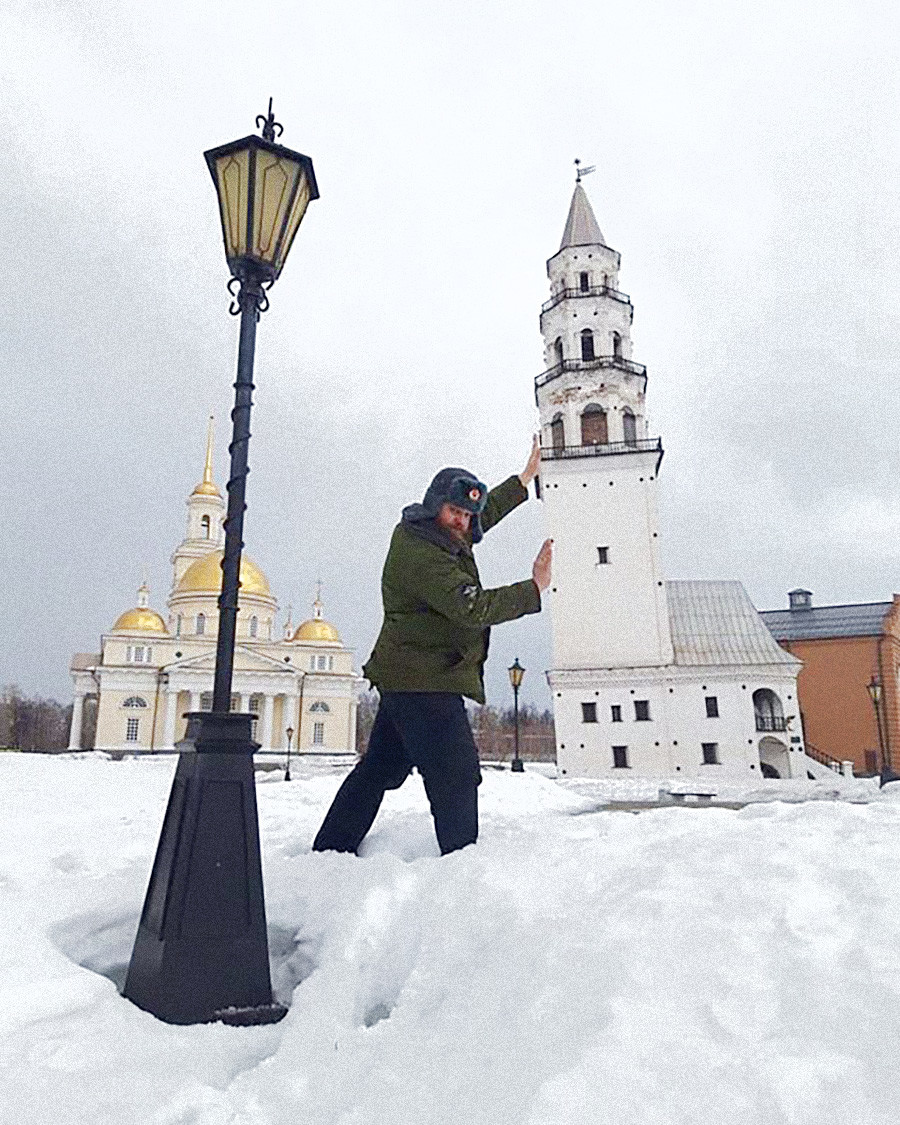 Today it functions as a historical museum that is very popular with Russian tourists. During the summer, the area around the tower is downright bustling. You can get there in two hours by suburban train from Yekaterinburg ‘scentral station. 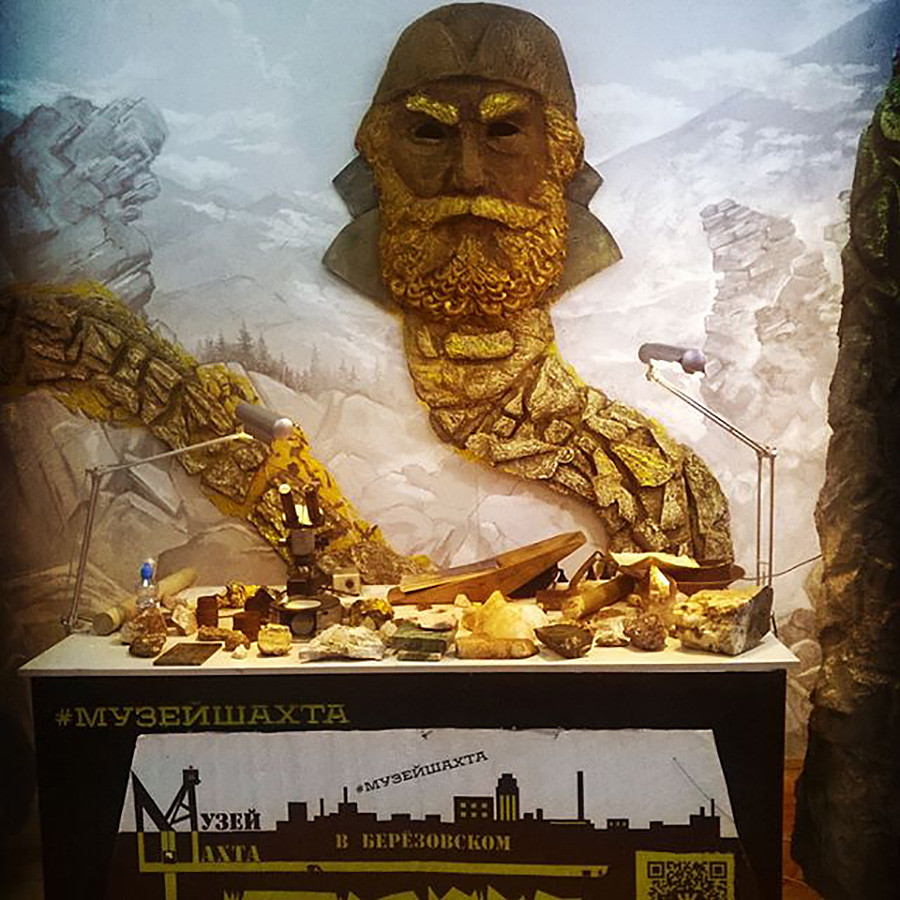 It may seem a bit cliché, but the Urals are a treasure trove of gemstones and semi-precious stones, and this is where malachite, emeralds, amethyst, jasper and non-ferrous and ferrous metals are extracted. Numerous local mining enterprises have embraced the idea of industrial tourism in recent years and allow anyone interested to go on tours of their mines. 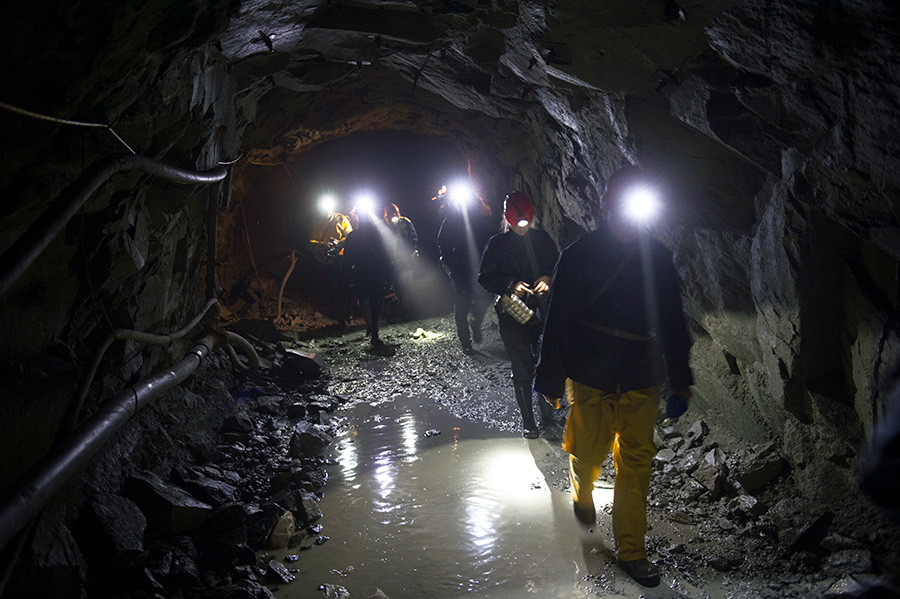 The mine in Berezovsky.

The nearest of these to Yekaterinburg is the Russkoye Zoloto (“Russian Gold”) museum and former mine. It is located in the northeast suburb of Berezovsky, which you can get to by taking bus No 114 from Marins Park Hotel to the Khram stop. It hasn’t been a functioning mine for a long time now but has been converted into a museum. You can book your excursion here). 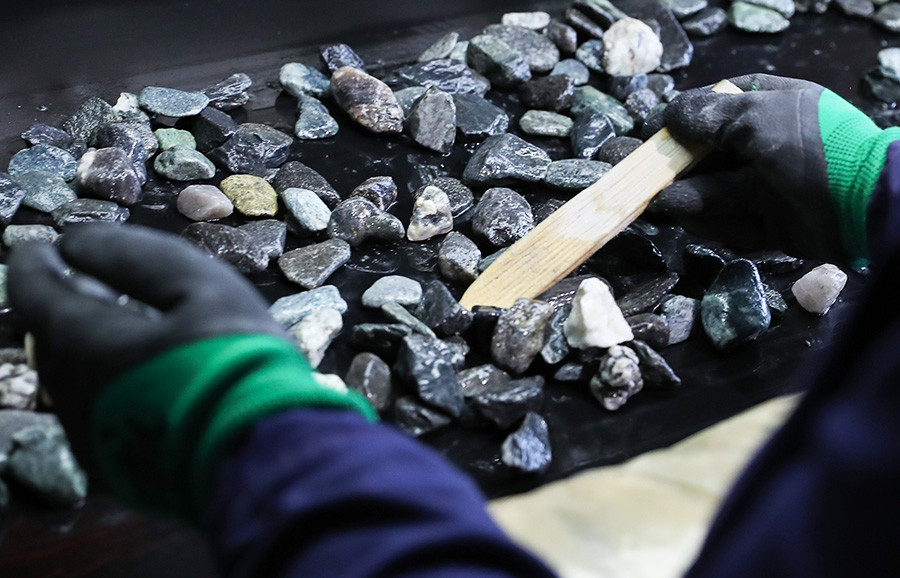 Emerald mine near Asbest.

Near Asbest, you can visit a real emerald mine. The Malyshevskoye deposit is the biggest in Europe, and emeralds, alexandrite, lithium and many other previous things that are extracted here. During the excursion, tourists can put themselves in the shoes of an early 20th century prospector and have a go panning for minerals. Bookings can be made on the mine’s website.

5. Get a glimpse of the post-industrial future 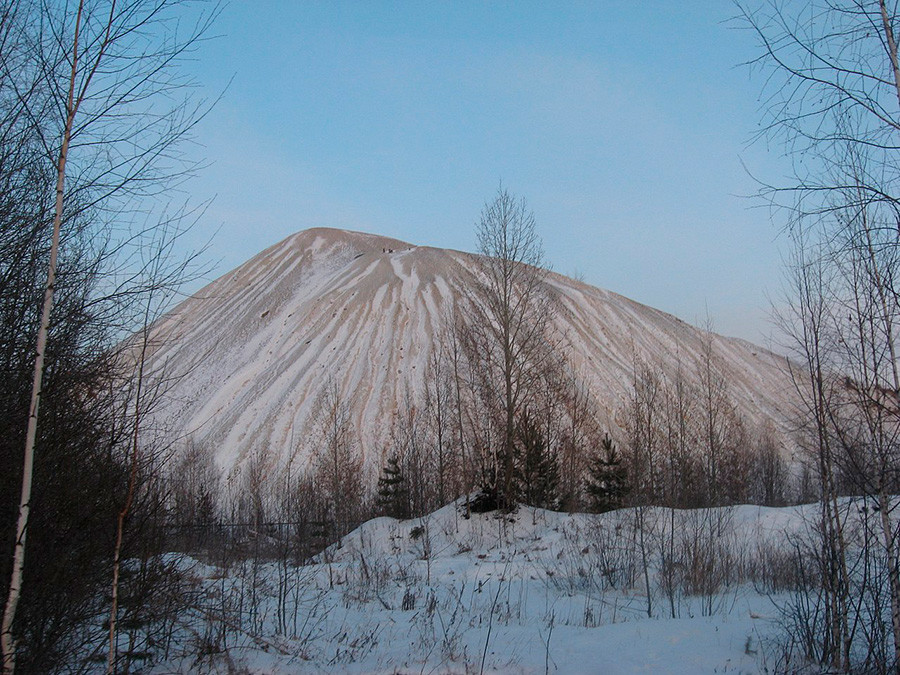 Do you want to learn what happened to towns that were once industrial centers but have since been ravaged by population decline? For an illustrative example, try visiting Degtyarsk (60 km southwest by bus) where the skyline is dominated by gigantic heaps of discarded spoil brought up from mines. In the early Soviet period, it was home to a copper mine that was run by an American company. Former American President Richard Nixon visited the town in 1959, and it has been widely claimed that his parents worked here for a time in the early Soviet period. The town itself is a UNESCO World Cultural Heritage site. 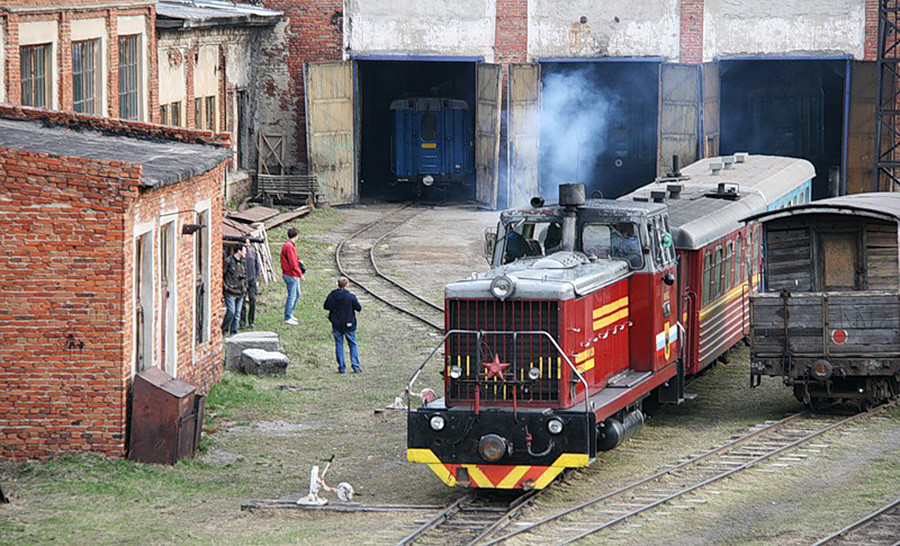 Four hours’ north of Yekaterinburg, you will find the old factory town of Alapayevsk. Here, deep in the taiga, you can see one of Russia’s longest narrow-gauge railways. Not far away is the evocative town of Irbit, where the famous Ural motorbikes are still manufactured. They were the most sought-after motorbikes in the Soviet period, but production has since dwindled, although they still have a cult following that includes Brad Pitt.

From Yekaterinburg, you can reach other major cities of Perm, Chelyabinsk, Tyumen and Novosibirsk in just a few hours.