Where is the birthplace of Russian rock'n'roll?

In the center of Yekaterinburg, on Clara Zetkin Street, behind an inconspicuous iron door, is a city legend - Marshal Georgy Zhukov's bunker. Usually, old bomb shelters are turned into museums but this one has become a recording studio. Its director is a figure no less legendary in the Urals: Aleksandr Pantykin, the "grandfather of Sverdlovsk rock music," as he is respectfully known here 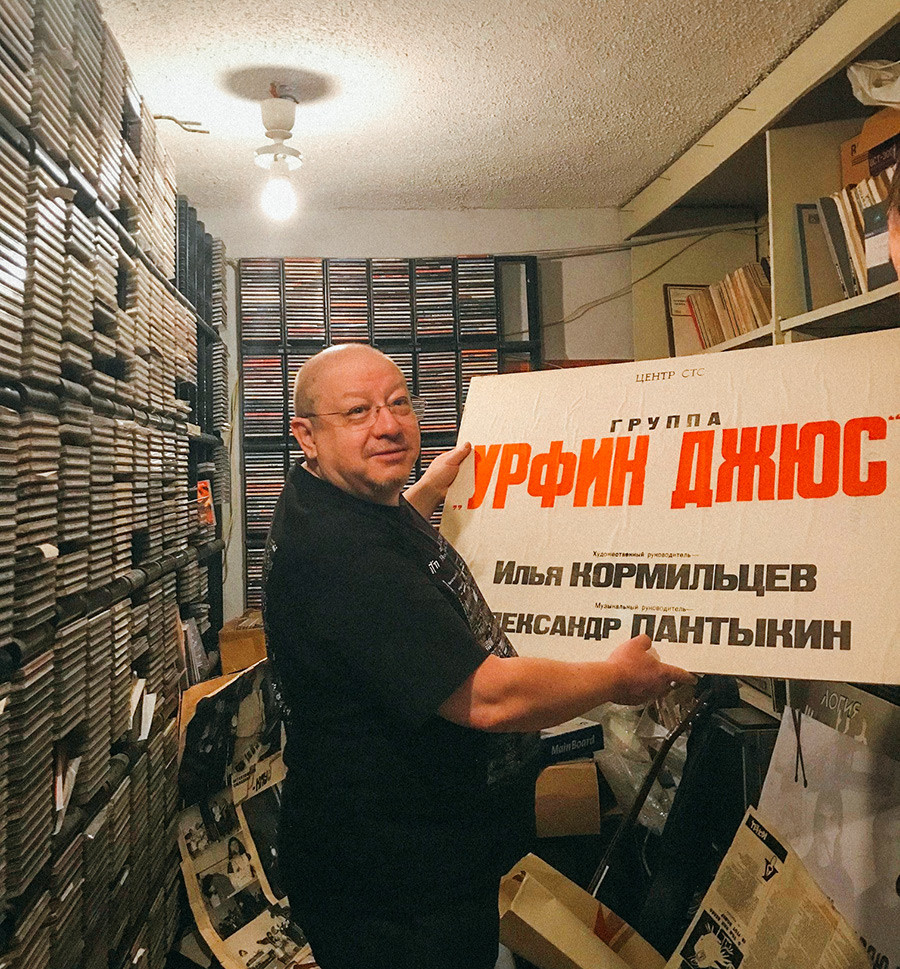 25 meters below ground, there’s nothing to distract one from the creative process and the neighbors are not disturbed by the sound of musical instruments. "When we had our studio in a city flat, people complained to the police about us all the time because the noise was incredible," says Pantykin. "So we started putting a lot of effort into looking for replacement premises and in the end, 10 years ago, found this bunker. 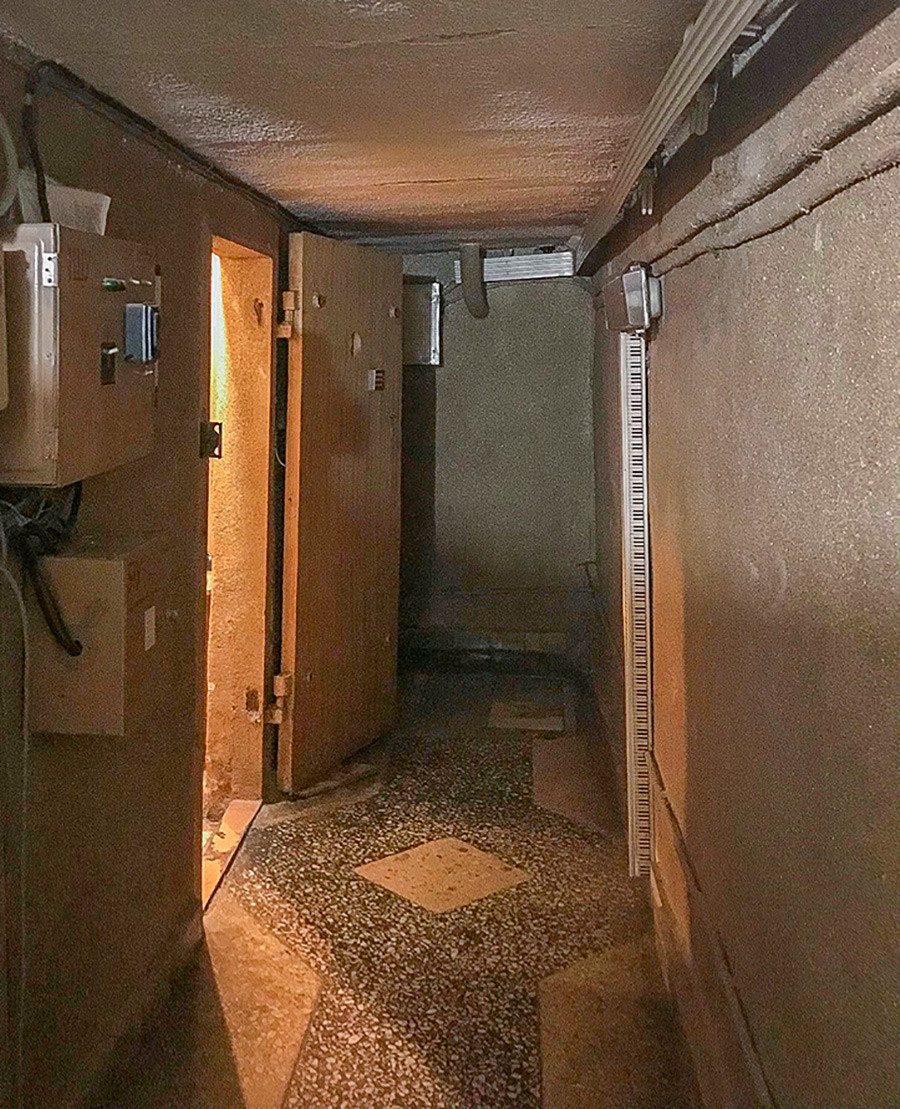 Zhukov's bunker in the center of Yekaterinburg. Did you notice 'piano keys' on the wall?

In the bunker, you can survive anything, even a nuclear explosion. All will die but Urals rock music will live on," the musician jokes (or not).

The rock musicians use the bunker for free. Inside they’ve set up a rehearsal room, a recording and video-editing studio, and an office which has awards for various cultural achievements decorating its walls. Among them are a Nika [main Russian national film award] and a Golden Mask [Russian national theater award] (the composer received them for his music for theater productions), as well as awards for his contribution to rock music, which, in the case of the "grandfather," is weighty indeed 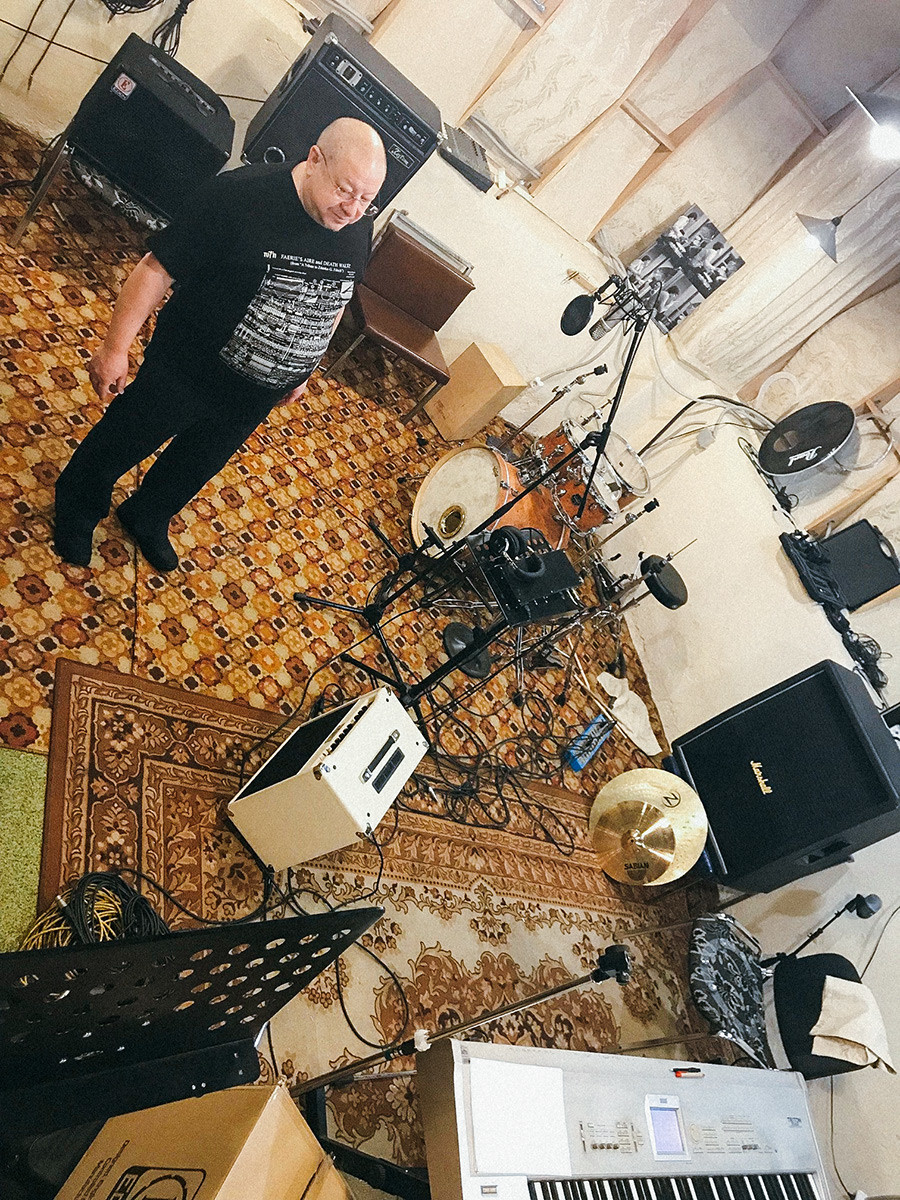 A rehearsal room in the very bottom of the bunker.

the 1980s Pantykin was the leader of Urfin Dzhjus, a cult rock band, which in fact marked the beginning of the history of the rock movement in the Urals.

From ideology to show business

In the Soviet period, the industrial city of Yekaterinburg (Sverdlovsk at the time) was one of the capitals of rock music, alongside Moscow and St. Petersburg (Leningrad at the time). Bands such as Nautilus Pompilius, , and Smyslovye Gallyutsinatsii were born here. All of them belonged to the local rock club, whose members were allowed to use the House of Culture premises for rehearsals and were helped with outfits and stage design for performances, and even with recording their albums. As Pantykin recalls, Urfin Dzhjus received 5,000 rubles for an album - it was a colossal amount of money at the time, comparable with the cost of a Volga car. Generally speaking, rock clubs were set up in order to stop illegal music activity 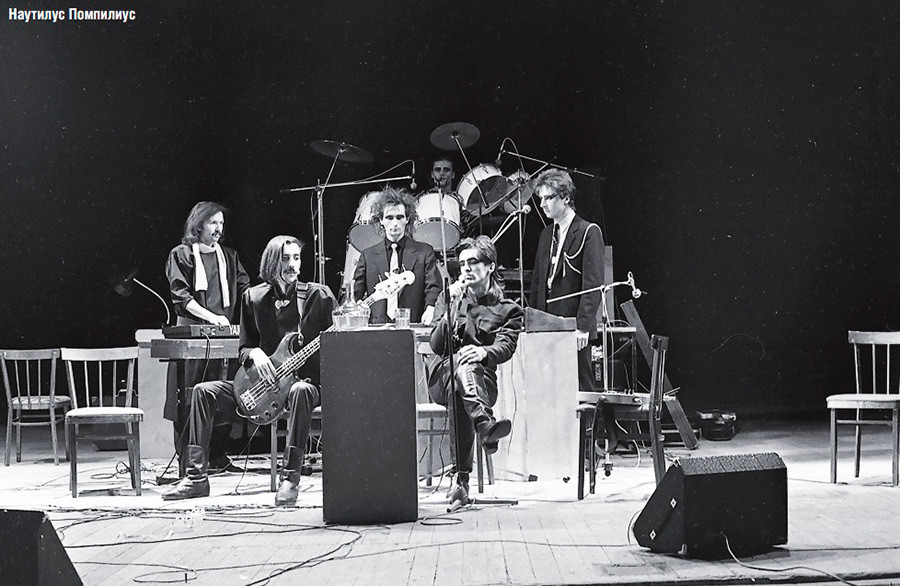 the USSR during the 1970s and1980s, under the influence of Western music, numerous semi-underground rock bands had emerged which gave "house concerts" in friends' flats. Then the party bosses decided: If we can't suppress the movement, we should take charge of it. And official rock clubs were set up: the Leningrad Rock Club, which included bands such as Zoopark, Secret, and Kino; the Moscow Rock Laboratory, with groups such as Mashina Vremeni, Bravo, and Brigada S; the Sverdlovsk Rock Club, and others.

And here’s the paradox: when rock music became official, Boris Grebenshchikov from Aquarium wrote his famous song “Rock-n-Roll is Dead” about the genre exhausted itself. Incidentally, this song is also known in its English translation by Joanna Stingray, a big admirer of Soviet rock music who was then married to Yuri Kasparyan, the Kino guitarist. It is thanks to her that in 1986 the “Red Wave” album recorded by Soviet musicians came out in the U.S. and the names of Viktor Tsoi and Boris Grebenshchikov became known to foreign audiences. However, soon the Soviet Union collapsed and, from being protest music, rock music turned into show business. Nevertheless, many performers of the time are still popular today, even among young people.

Alain Delon and the mystique of Urals rock music

"By and large, I have always loved and preferred the Sverdlovsk Rock Club: if in Moscow it was jolly rock-n-roll and in St. Petersburg hopelessness and melancholy, Urals music had its own mystique that couldn't help but seem attractive," says Muscovite Daria Sokolova, who went to the Sverdlovsk Region to see the birthplace of her favorite rock band, Agatha Christie, and visit the rock music museum. "Take, for instance,Nautilus with their song which has the line "Alain Delon doesn't drink eau-de-cologne." Well, where is Alain Delon and where is Yekaterinburg? 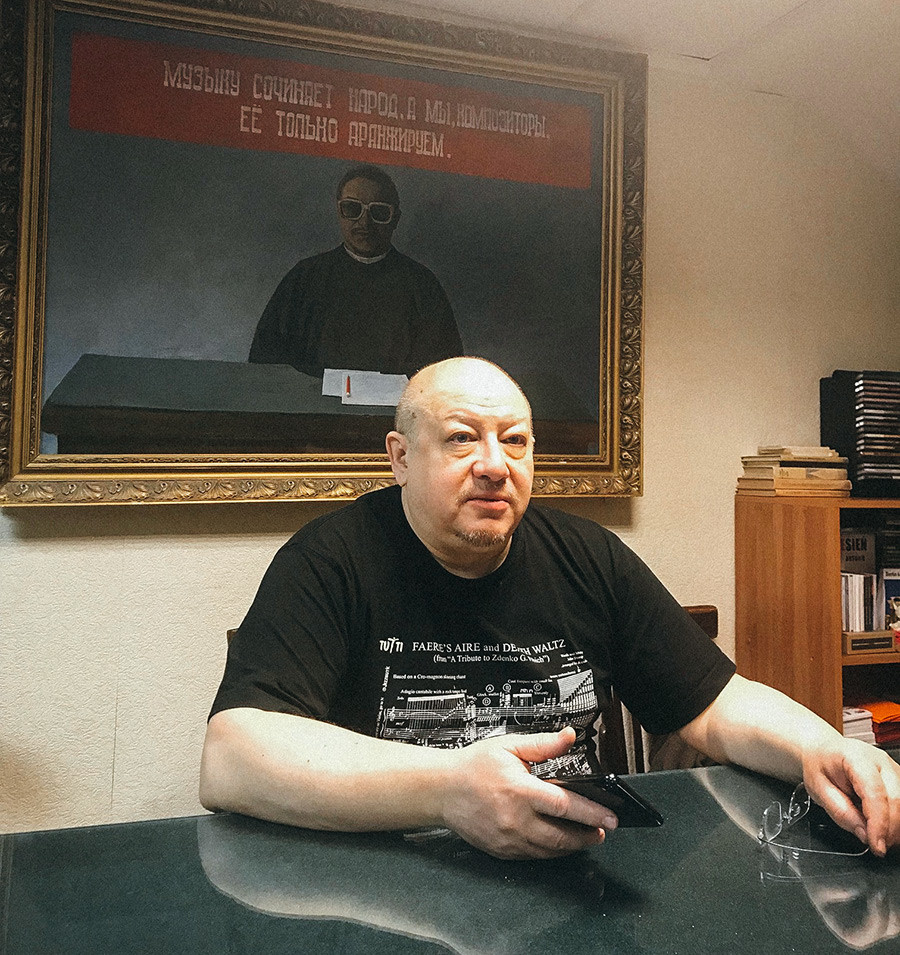 It’s true, the Urals do have a special atmosphere," says Pantykin. "The region is the birthplace of many people who have had a strong influence on the course of Russian history: Marshal Georgy Zhukov, President Boris Yeltsin, film director Alexei Balabanov. And, of course, many talented young musicians live here, although the music they perform is more amateur than professional, showing a lack of proper training."

The "grandfather" of Urals rock music recalls that in the past the young people who wanted to play but adds that nowadays it is much more difficult for them to get through to the professional stage. But it is not for nothing that Yekaterinburg is regarded as Russia's music capital: it is here that one of the country's most famous rock festivals takes place every year in which all young musicians aspire to take part.

Round dances with an ax

Every year on Jan.13, when Russia celebrates the New Year according to the Julian calendar, musician Yevgeny Gorenburg stages the Old New Rock festival. Out of hundreds of musicians, only a few are picked: The selection is done by an expert council consisting of the titans of Sverdlovsk rock music including Vladimir Shakhrin and Vladimir Begunov (from ), Aleksey Khomenko (Nautilus Pompilius), and Aleksandr Pantykin. 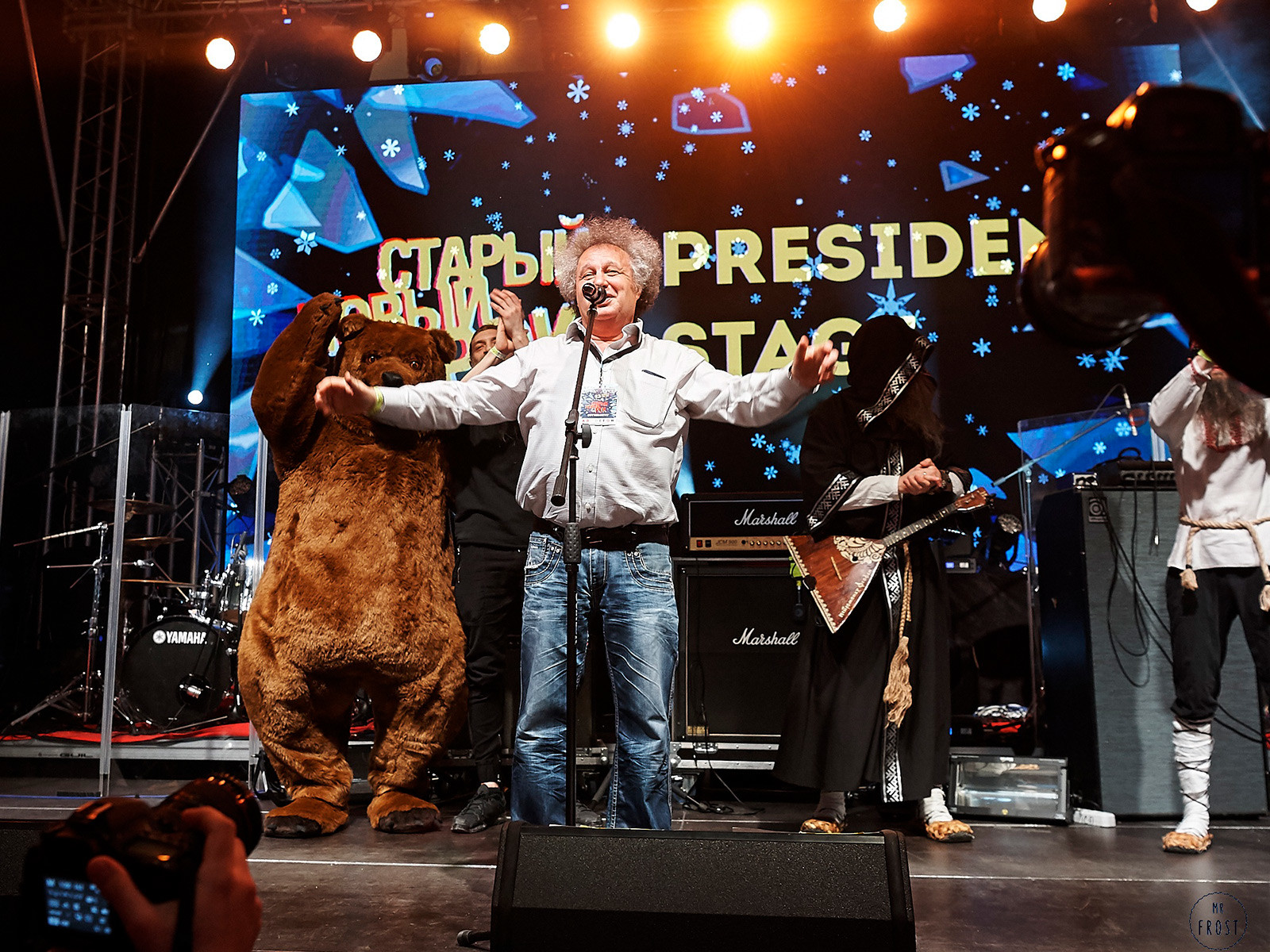 For the last few the festival has been held at the Yeltsin Center, a museum dedicated to the disintegration of the USSR and the first years of the new Russia. There one can see empty store shelves - a symbol of shopping (or its absence) in the 1990s - and be photographed against the background of Erik Bulatov's enormous painting inscribed "Freedom." Arguably it is the spirit of this freedom that has become the main attraction for musicians from different regions of Russia and other countries who come to Yekaterinburg. Are the new rock musicians different from their predecessors? Of course, they are 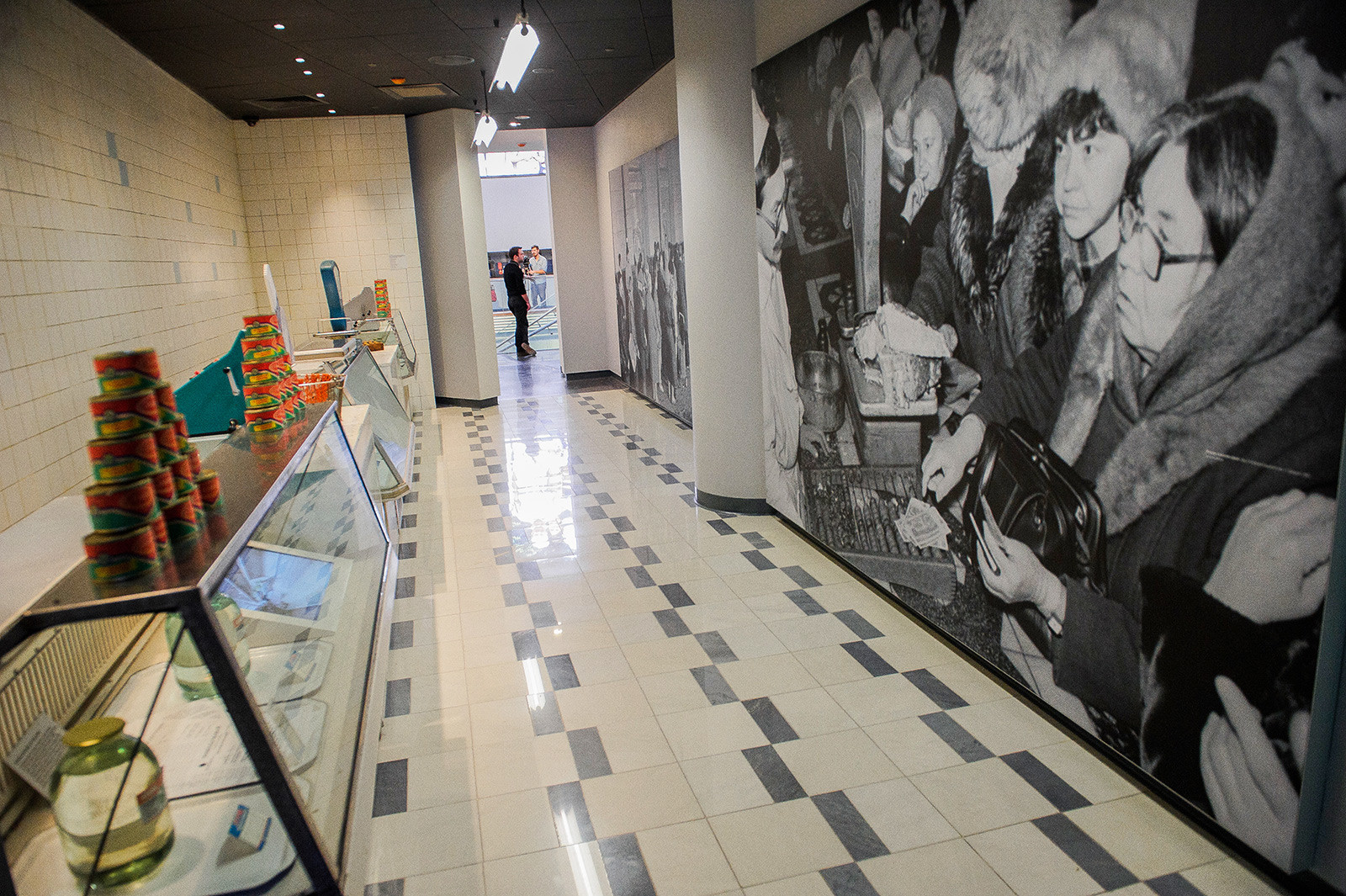 Empty store shelves as the part of the exhibition at the Yeltsin Center.

the band Neuromonakh Feofan from St. Petersburg: instead of smashing guitars against the stage, they invite their audience to "stamp along" to the accompaniment of Russian folk drum 'n' bass. And the rousing ValieDollz foursome from Perm delivers the sort of sound that heavy metal bands can only dream of. 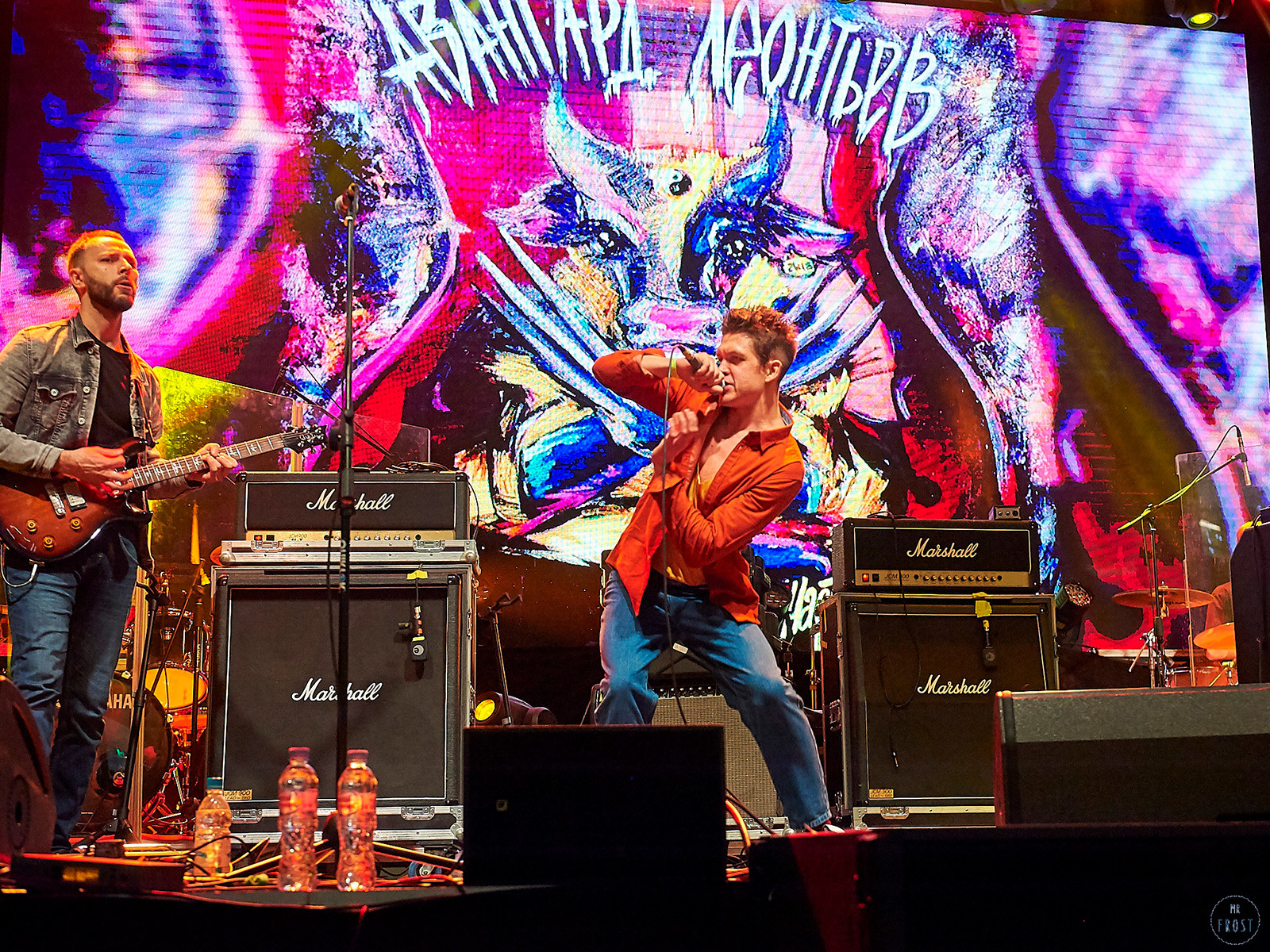 Or take the band called Avant-garde Leontiev from Yekaterinburg, which turns every performance into a theatrical production. 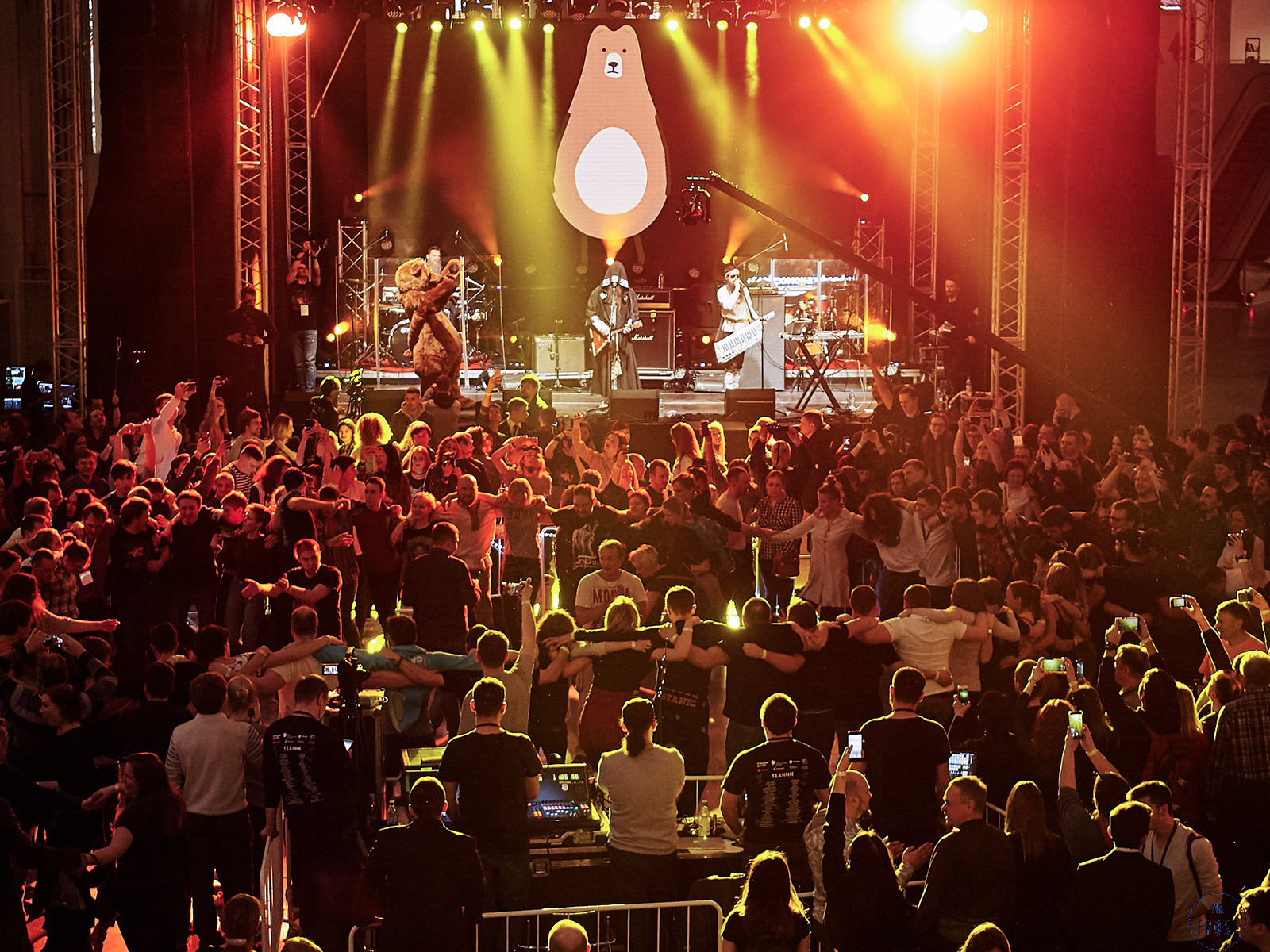 Lovers of the classic genre will say that it’s no longer rock music. But spectators like it: they come to Yekaterinburg and join in folk-style khorovod round dancing with axes (not real ones) to the music of Feofan, and slam dance to Leontiev, while other rock musicians are rehearsing underground in the bunker on Clara Zetkin Street where they plan to survive the apocalypse...if it ever comes.