Did former U.S. President Richard Nixon really live in the USSR as a child? 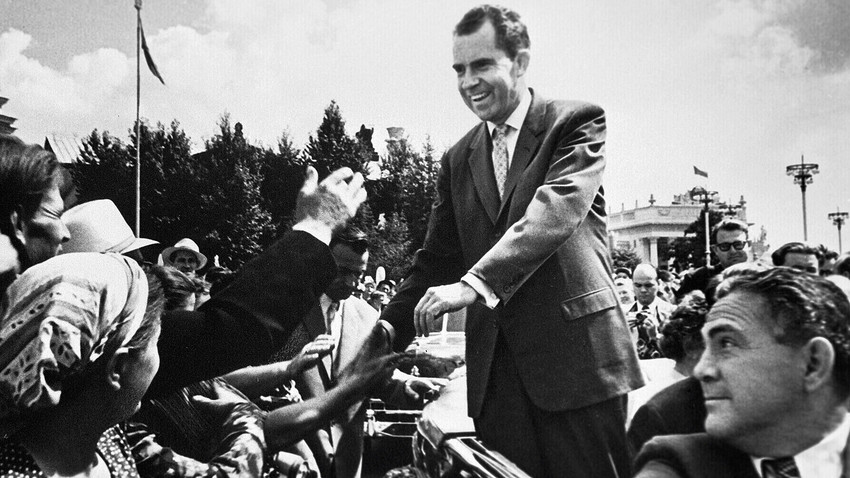 Sputnik
There is a rumor that Nixon spent some years in the Urals as a teenager. Way before his official visit as Vice President.

37th U.S. President Richard Nixon paid a visit to the Soviet Union in 1959. Some Russians in the tiny mining town of Degtyarsk still remember it. But was there another, earlier - secret - trip that paved the way for the official visit?

A trip to the USSR 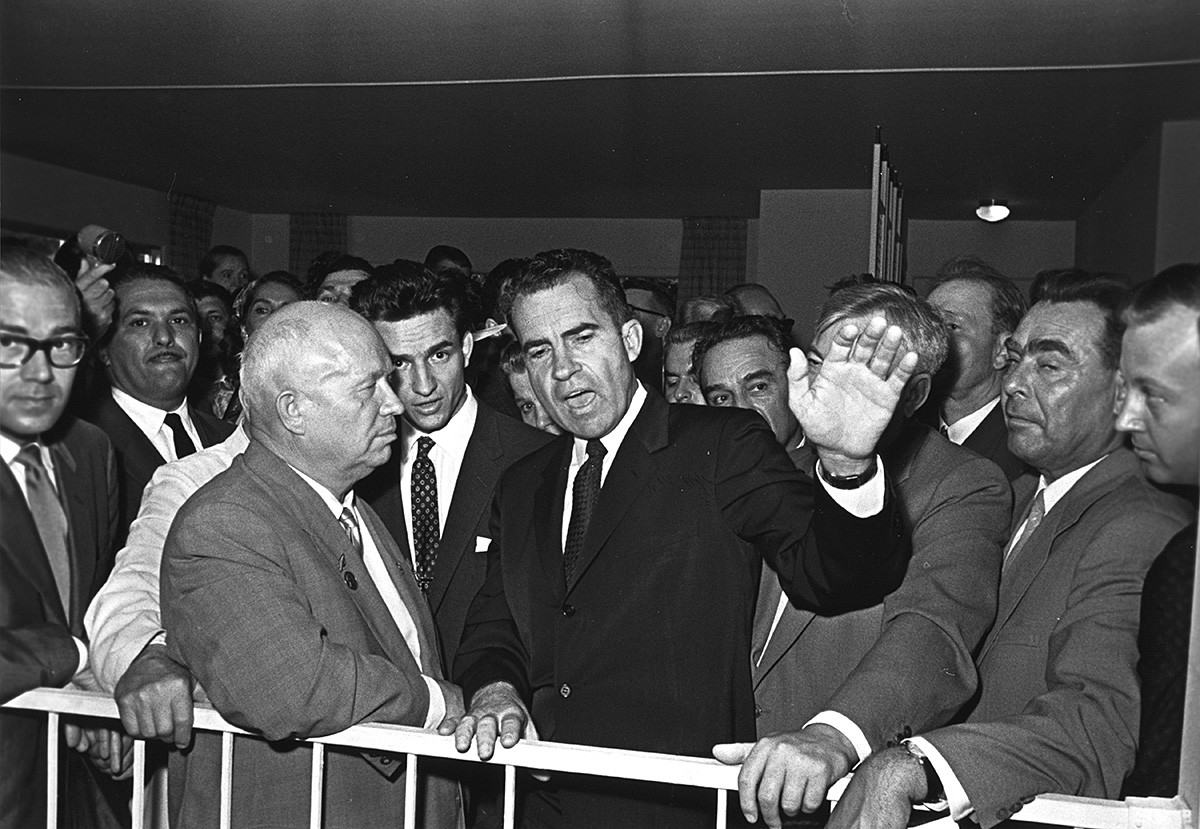 Soviet leader Nikita Khrushchev (left) and U.S. Vice-President Richard Nixon at the opening of the U.S. Trade and Technology Exhibition in Moscow, 1959. (You can even spot Leonid Brezhnev, second from right).

According to the author of the book ‘Nixon: A Life’, Jonathan Aitken, compared to his other overseas trips, Nixon’s journey to the Soviet Union as Vice President in 1959 was the one that made the most impact on his strategic thinking. Officially, the trip aimed “to give the U.S. senior representation at the first-ever American trade exhibition to be held in Moscow”. There were “low expectations for the mission so far as issues of substance were concerned”, but Nixon himself apparently thought differently, spending six months preparing for the trip, taking Russian lessons, meeting experts, and studying relevant literature.

John A. Farrell, the author of another biography, ‘Richard Nixon: The Life’, claims he was briefed on 132 topics, yet quoting the future president as saying that “all the briefings in the world could not have prepared me for Khrushchev’s unexpected, unpredictable conduct.”

For instance, during their first meeting, the Soviet leader compared the U.S. Congress resolution of the liberation of Eastern Europe with “horse shit”. “People should not go to the toilet where they eat. Fresh shit stinks,” Khrushchev said. “This resolution stinks! It stinks like fresh horse shit, and nothing smells worse than that!” What could have Nixon reply? He didn’t pause but remarked that pig shit smells even worse than that.

Following his arrival in Moscow, and the famous “Kitchen Debate”, where he “clashed” with the Soviet leader, Nixon then visited Leningrad (now St. Petersburg), Novosibirsk, and the Ural industrial locations of Sverdlovsk (now Yekaterinburg) and Degtyarsk. Accompanied by his wife Patricia and Milton S. Eisenhower (the President’s brother), Nixon visited the Uralmash heavy machine production plant, Pervouralsk New Pipe Plant, the border of Europe and Asia and the Degtyarskiy copper mine. 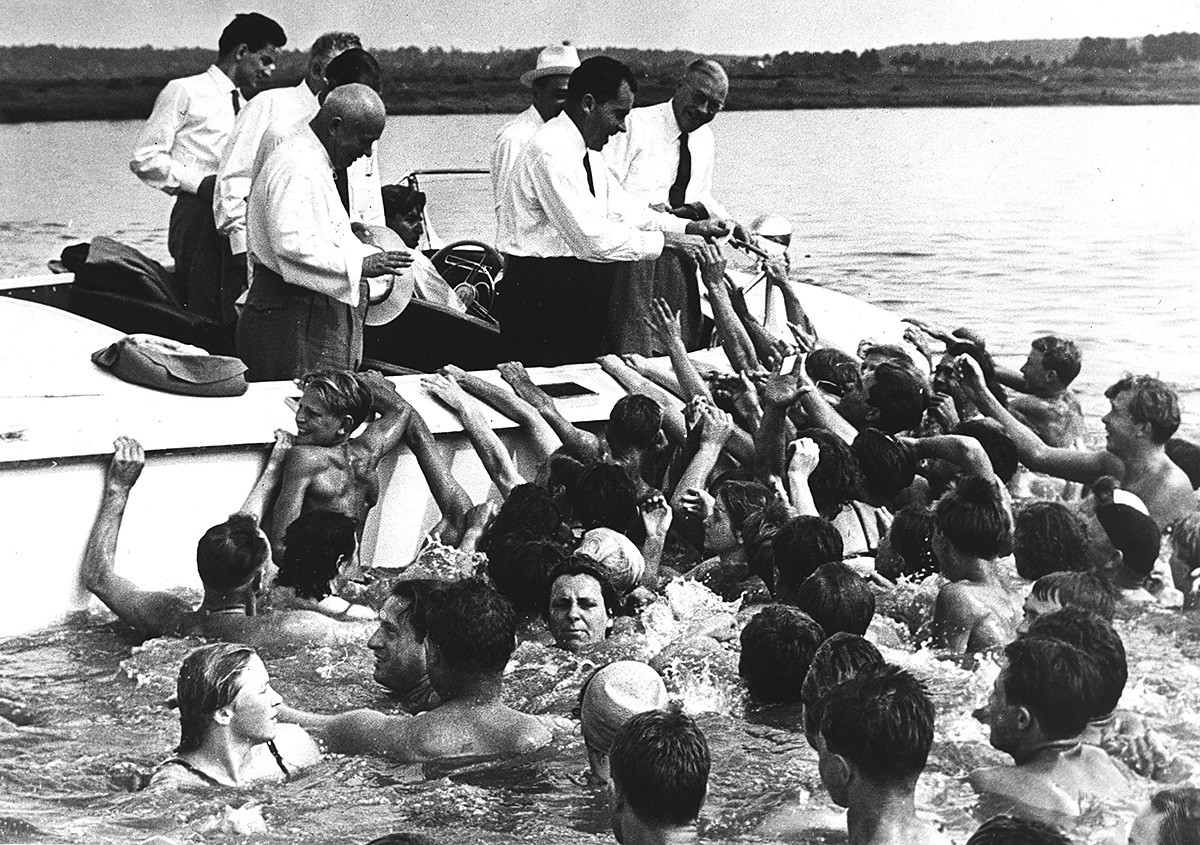 Richard Nixon and Nikita Khrushchev on a boat trip at the Moskva river, 1959.

Allegedly, a trip to Degtyarsk was an unexpected stop on Nixon’s route. Here’s where the legend starts: some suggested that it was the vice president who personally insisted on visiting the town, later recounting the story of his teenage years having been spent there, playing football with the local boys. Nixon was even said to remember the name of the nearby mountain, “Labaz-kamen” (Лабаз-камень).

While there is no information about it in American media, some Russian sources, including the official Yekaterinburg information portal, argue that in 1925-1930, Nixon’s parents had worked here for the ‘Lena Goldfields’ company, which modernized local mines. And Nixon, only 12 at the time, was apparently there with them.

Some senior locals even claimed to remember a red-haired boy called Richard, whose parents worked at the mine. Yet, no proof of the legend exists, and even the representatives of the U.S. Archive of the Presidential Library and Museum deny any knowledge of it.

Whether a myth or not, Nixon’s later trip as vice president remains a fact with him becoming the first Western politician to communicate with Soviet citizens openly during his journey. On Aug. 1, he even spoke on Soviet radio and television, calling for expanding cooperation between the two countries.

“As I leave your country, I shall never forget an incident that occurred as I was driving through your beautiful Ural Mountains,” he said during his address. “A group of children on the side of the road threw wild flowers into my car and cried in English the words ‘friendship’, ‘friendship.’ Mr. Zhukov (Yuriy, chairman of the State Committee for Cultural Relations) told me that the first word children who study English are taught is the word ‘friendship’. There could be no more eloquent expression of the attitude of the Soviet people, an attitude which we share in common with you.”

The impact of this trip on further relations cannot be overstated. On May 22, 1972, Nixon became the first U.S. President to visit Moscow for a summit with Soviet leader Leonid Brezhnev. The summit is considered to be the first step to détente between Cold War enemies. 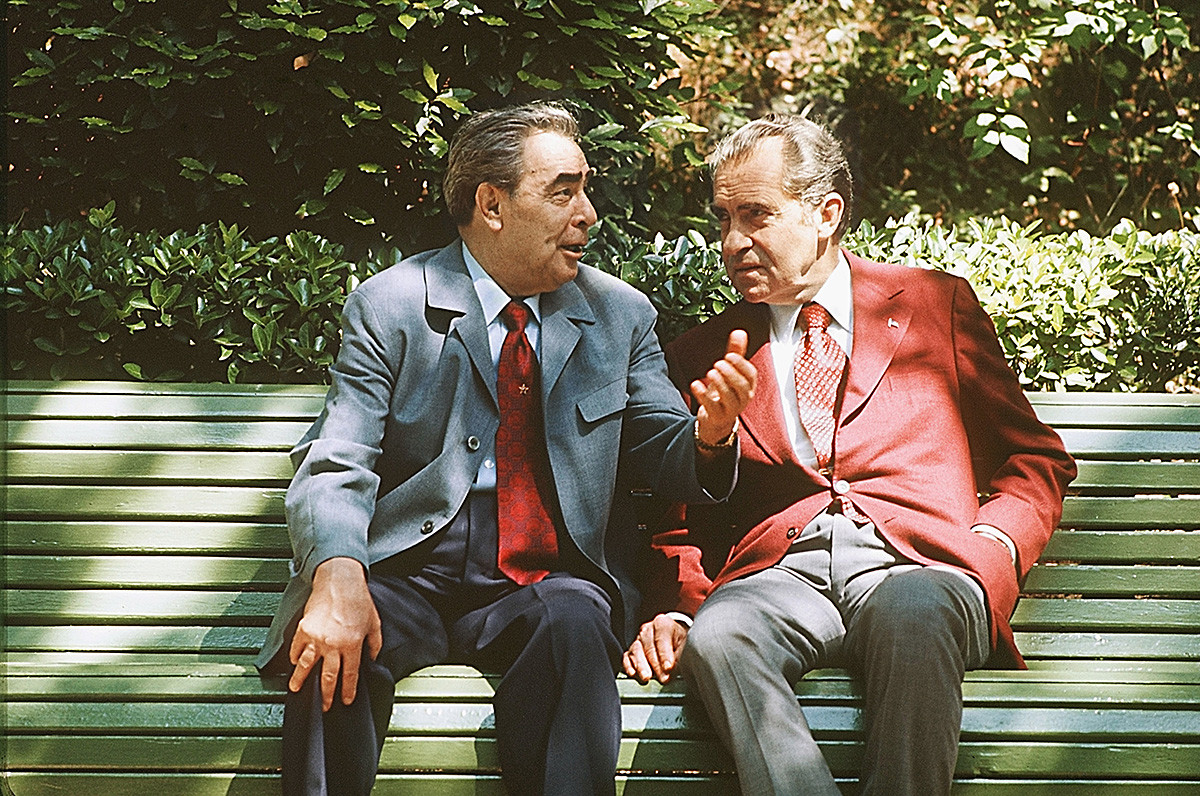 We don’t quite understand the use in covering up something as detailed as Nixon’s childhood trip to the Soviet Union, but if it was true it’d be a great explanation for the U.S. President’s future attitude towards the country.

Note: The Yekaterinburg portal didn’t respond to our inquiries. We also reached out to the administration of the town of Degtyarsk, which said they don’t have any supporting information confirming the myth.