Winter in Russia: From Kaliningrad to Sakhalin (PHOTOS) 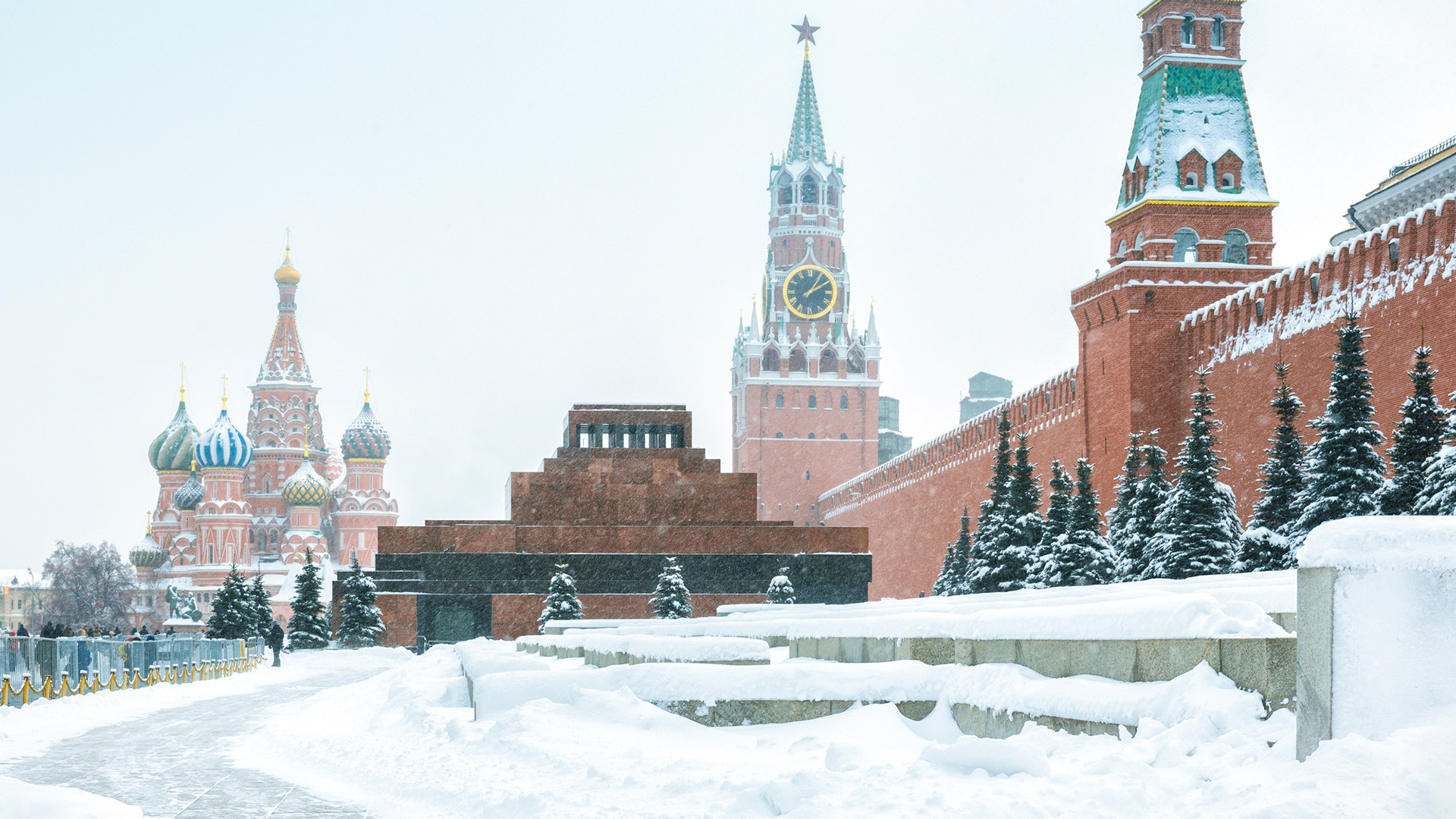 Legion Media
In such a large country, winter can vary dramatically from region to region: some places are bitingly cold, others are mild and practically snowless. See for yourself! 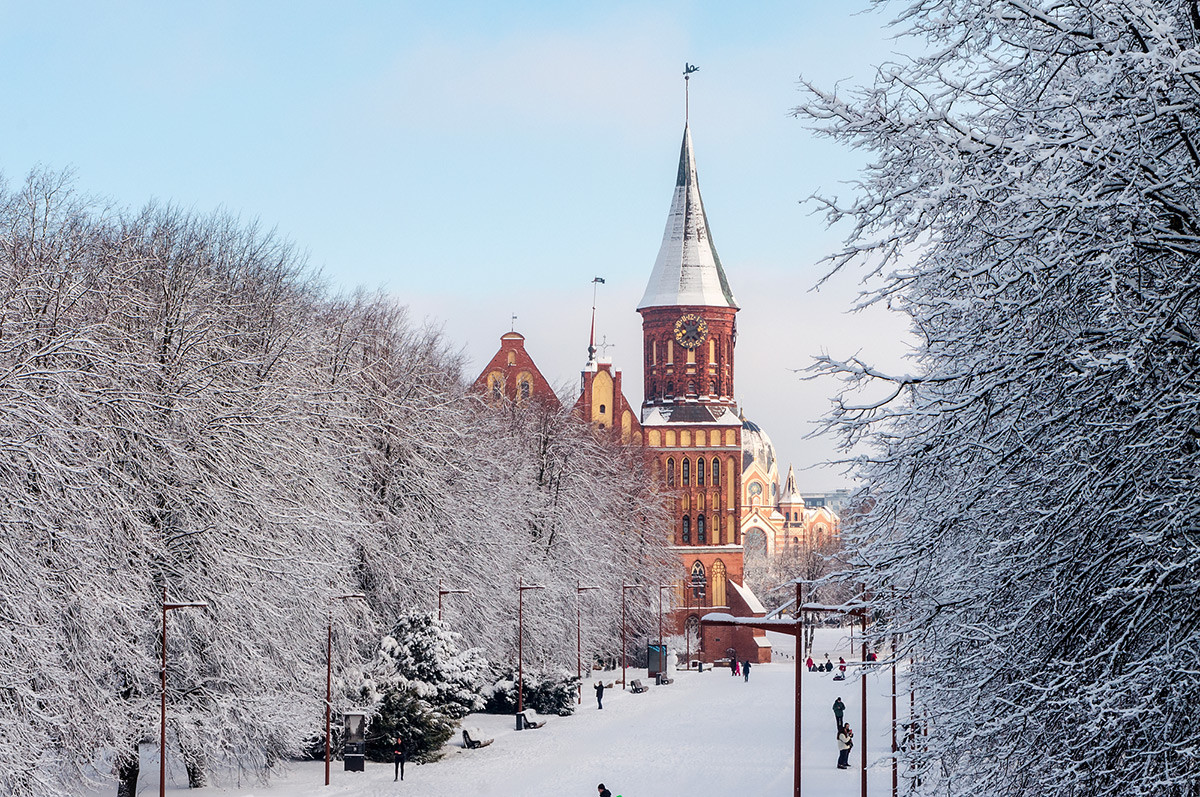 Königsberg Cathedral at the Kneiphog (the Kant island)

Russia’s most westerly and European city pampers residents with its relatively mild climate. Winters here are not too severe and extreme cold is very rare. However, the annual snowfall still turns the city into a winter wonderland. 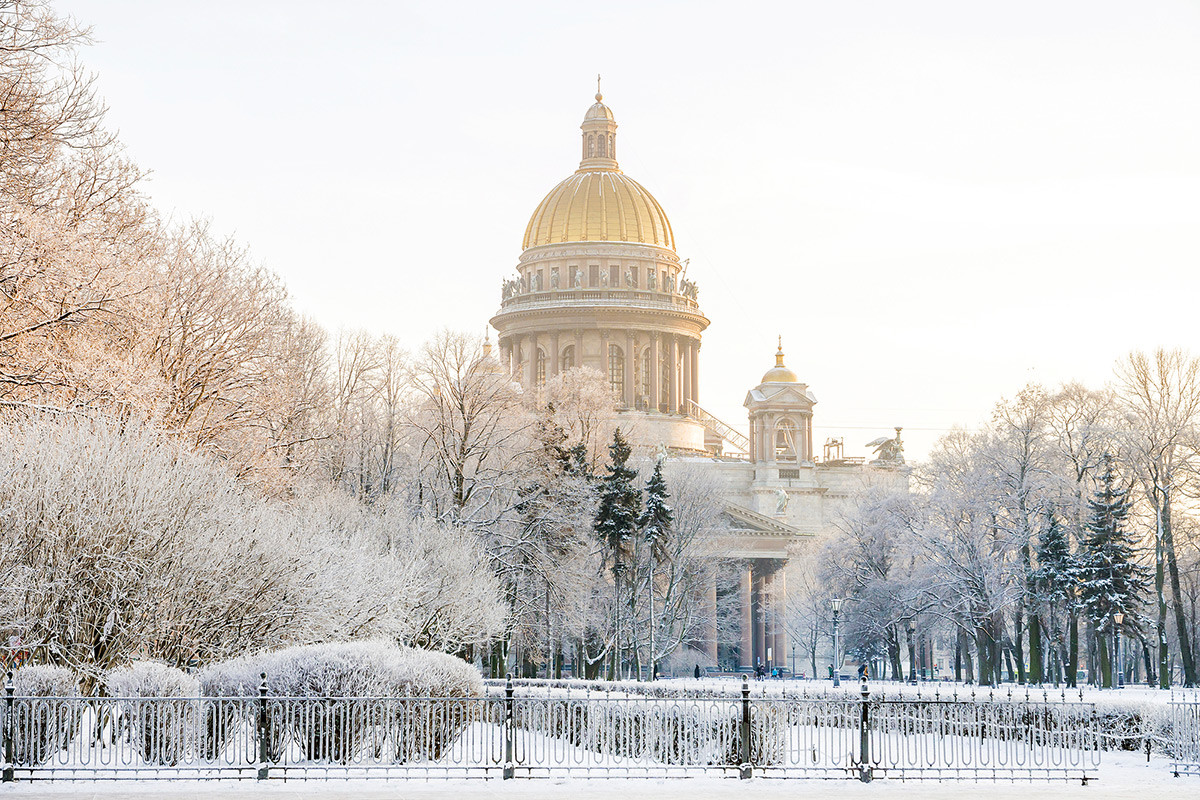 The climate of Russia’s northern capital is capricious and unpredictable, plus there are strong winds and high humidity, making low temperatures even harder to endure. Residents still curse Peter the Great for not choosing a warmer locale for his capital... 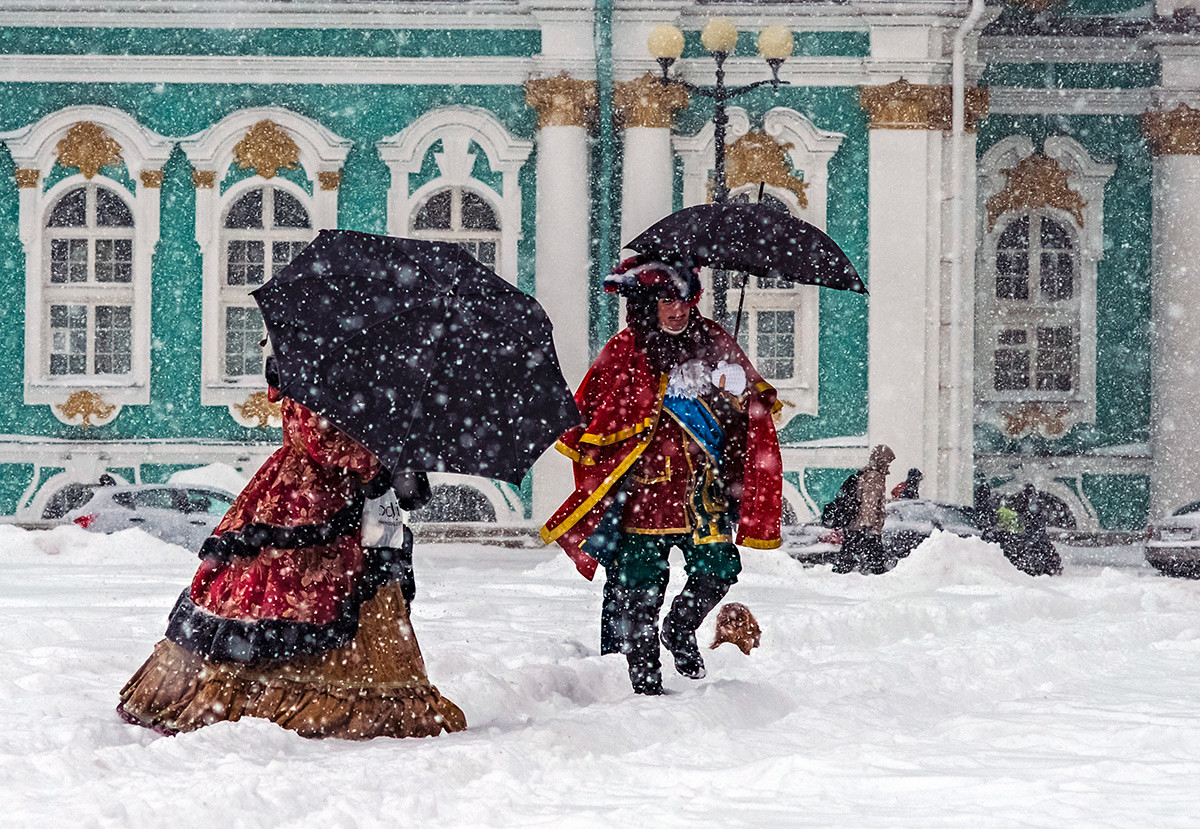 That said, the sun does occasionally make an appearance, whereupon the white, crisp snow becomes a charming attraction. And a stroll along the frozen expanses of the Neva is always a treat. 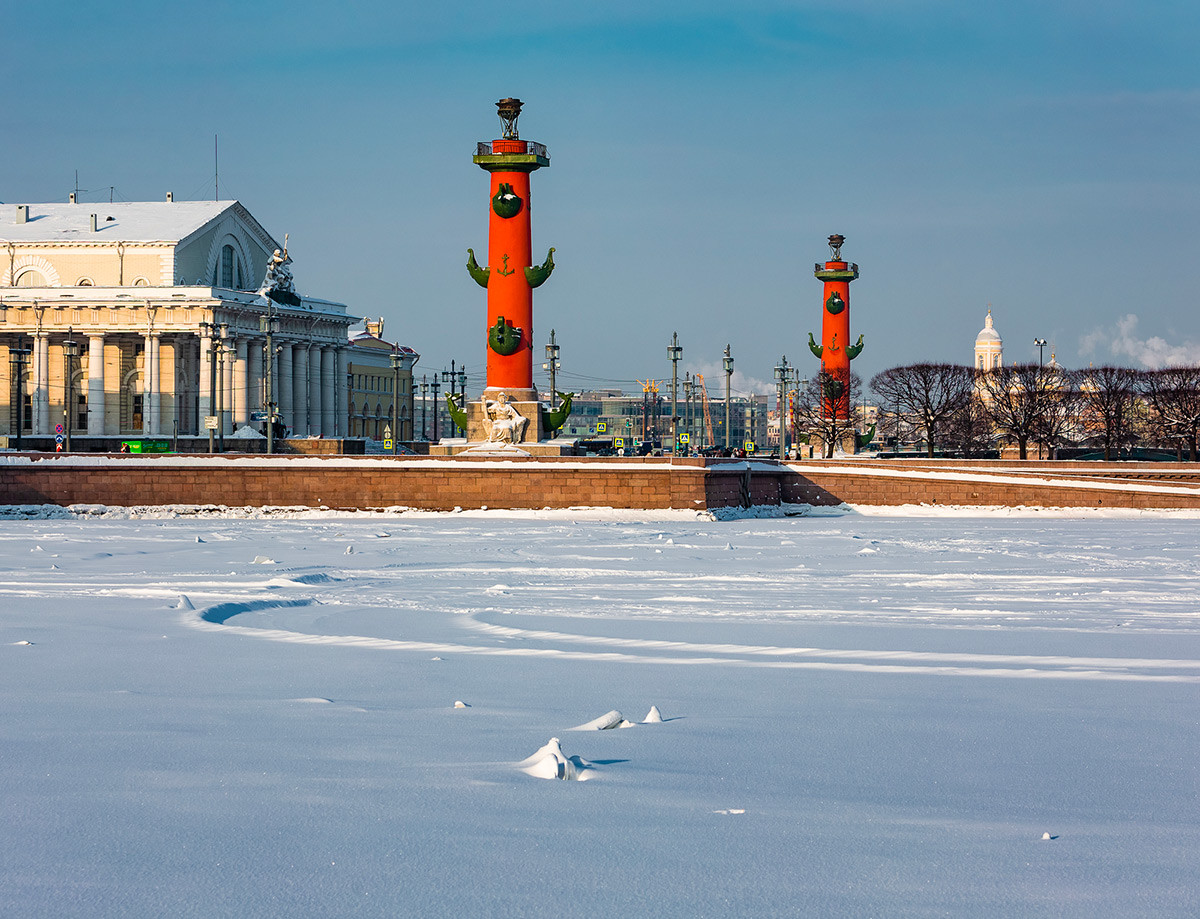 Rostral Columns on the spit of Vasilyevsky Island 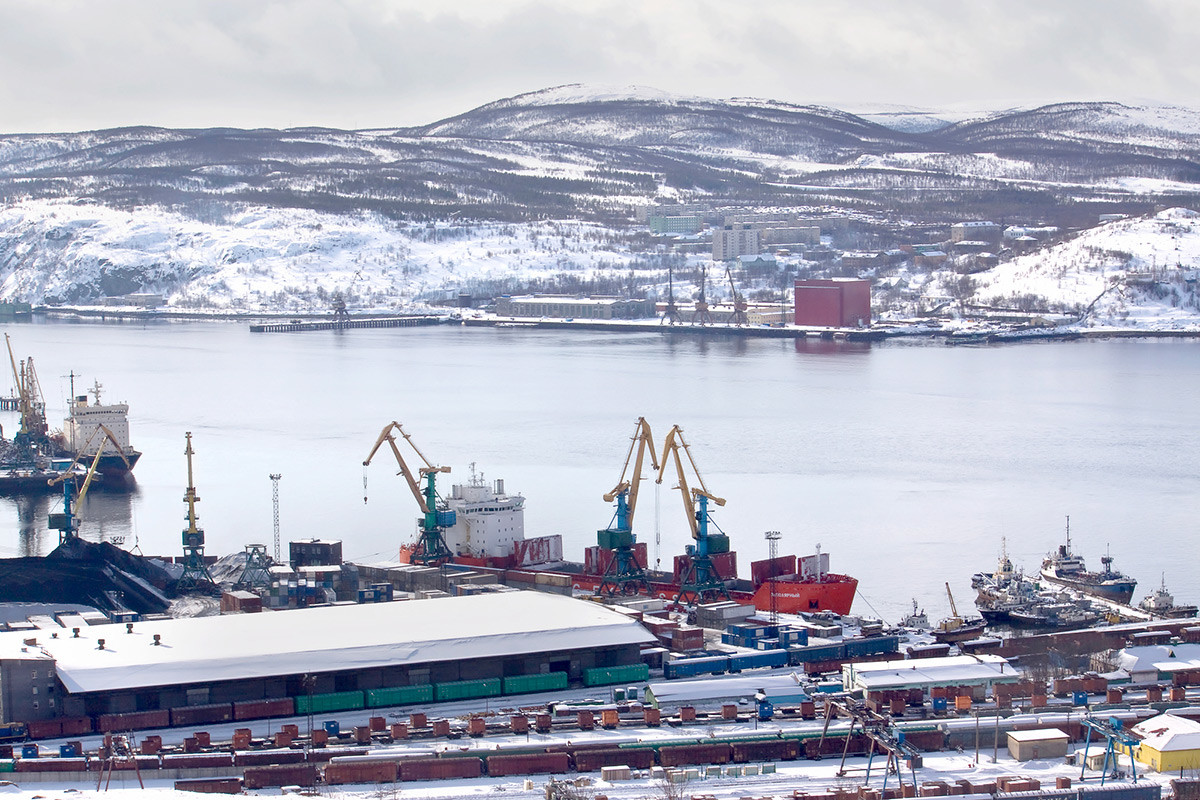 Snowy cliffs, the cold but not frozen sea (hence a port was built here)... Here, in the largest city inside the Arctic Circle, get ready for the polar nights, which last more than a month — from early December to mid-January. 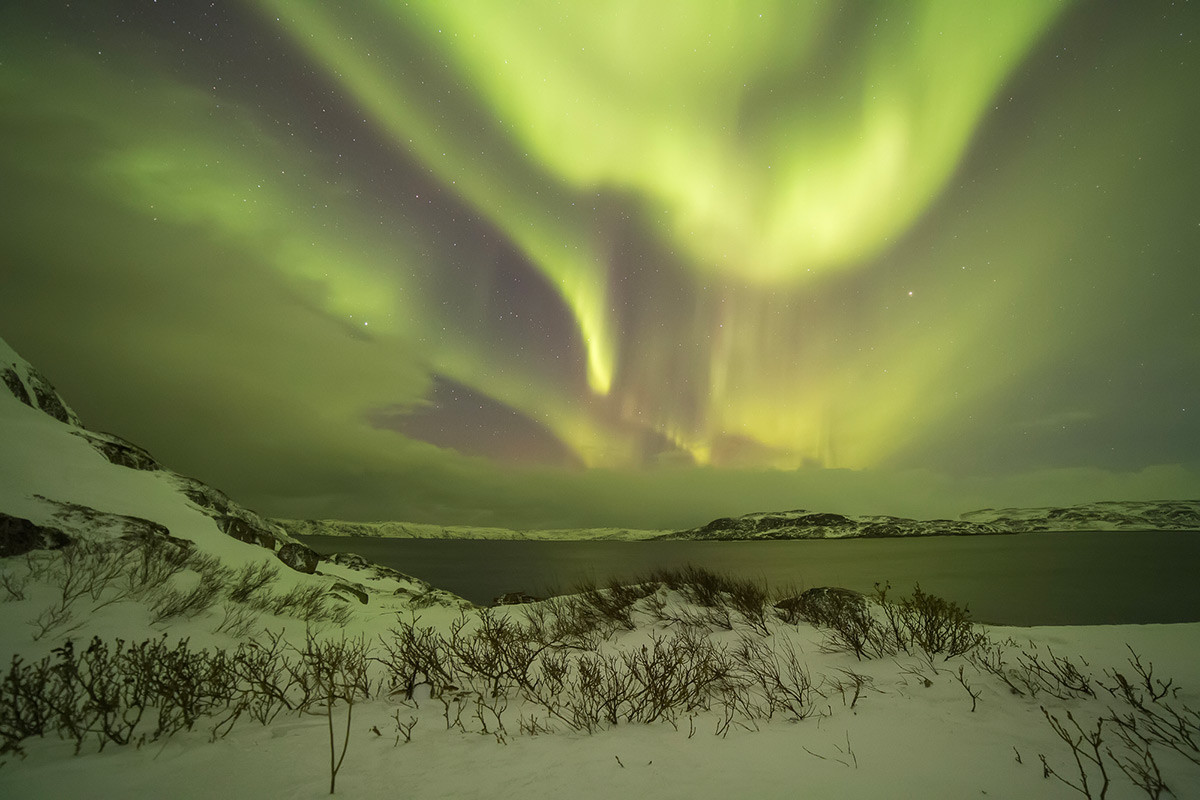 Many brave the harsh winter for a glimpse of the exquisite Northern Lights, when green-tinted skies shimmer over the frost-bitten landscape. 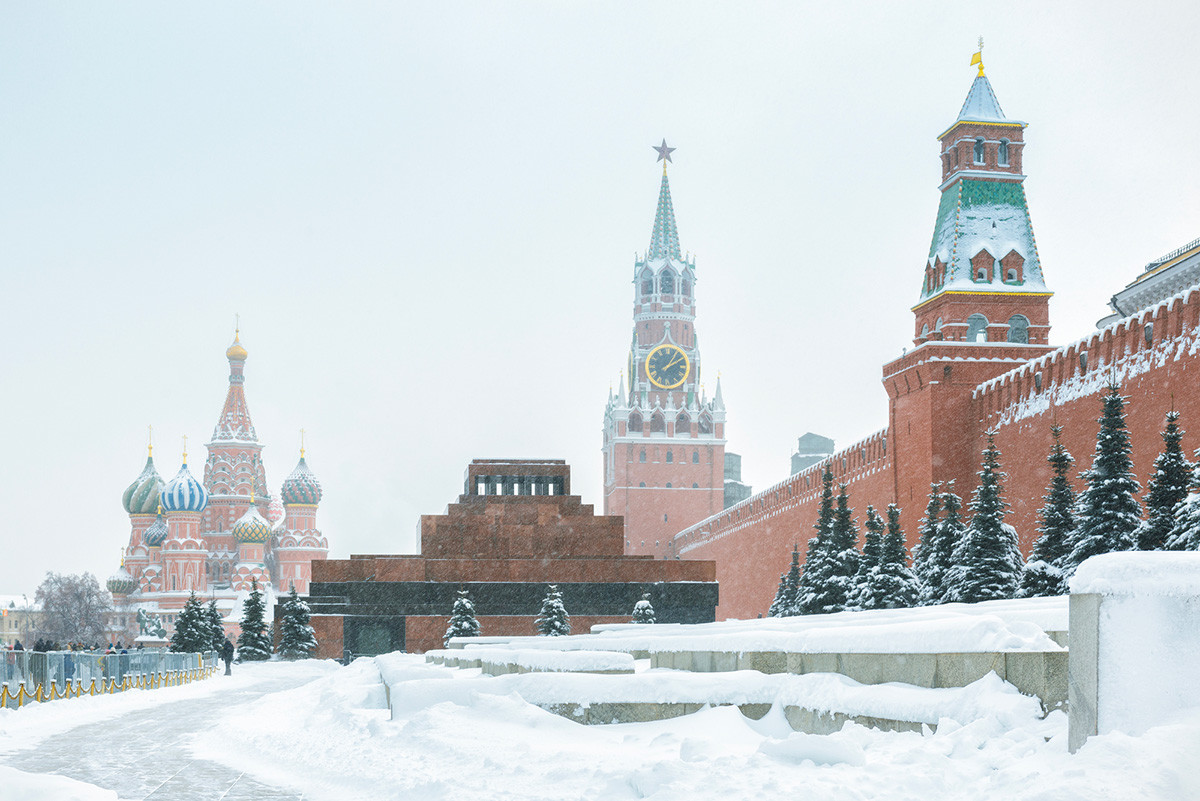 Muscovites often complain about the cold and like to travel somewhere warm in winter. But winter here is very fickle. Sometimes the temperature plunges to -10°C, then the next day climbs to a balmy zero (accompanied by shoe-drenching slush and wet rain). But there can also be prolonged frosts of -15–20°C. Factoring in the high rather humidity (and Muscovites’ relative intolerance to the cold), these periods are hard to bear. Heavy snowfall can also occur, but the road sweepers usually deal with it quickly, so city life continues apace. 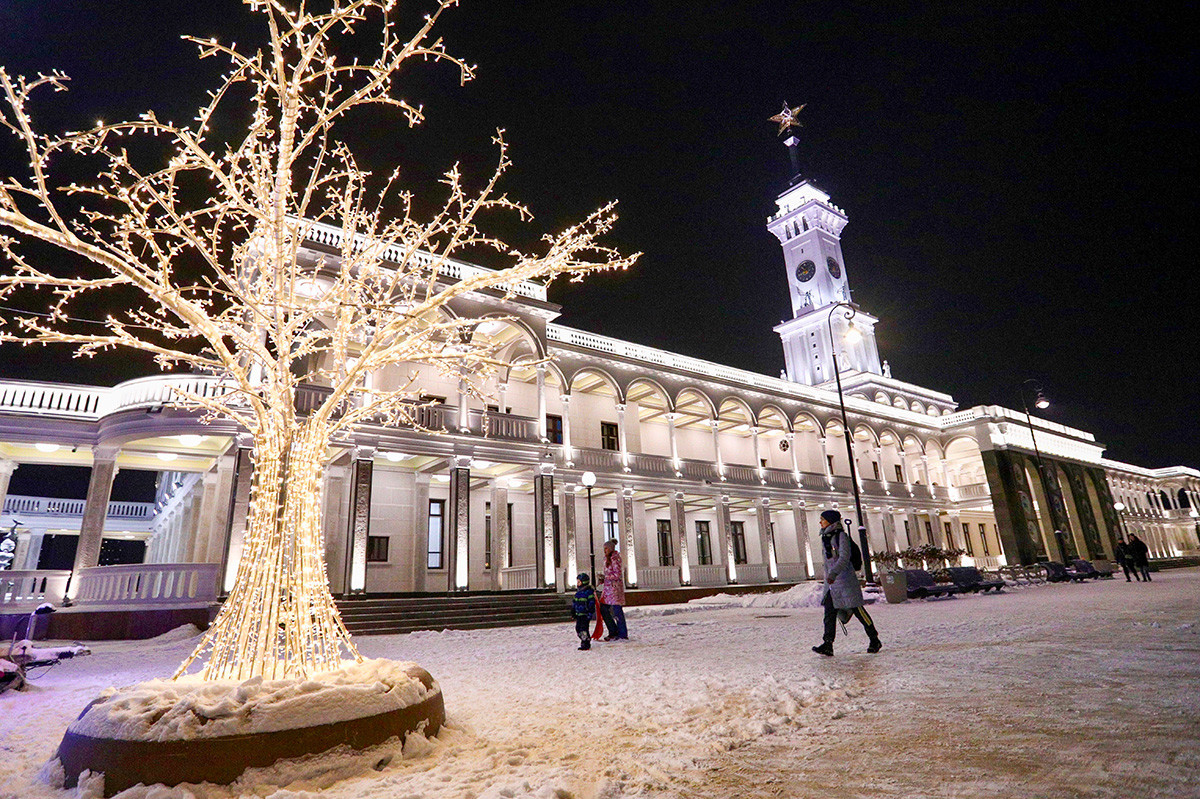 All the same, there is nothing more beautiful than an evening stroll through New Year-lit Moscow — a real winter fairy tale that's worth an extra layer of clothing. 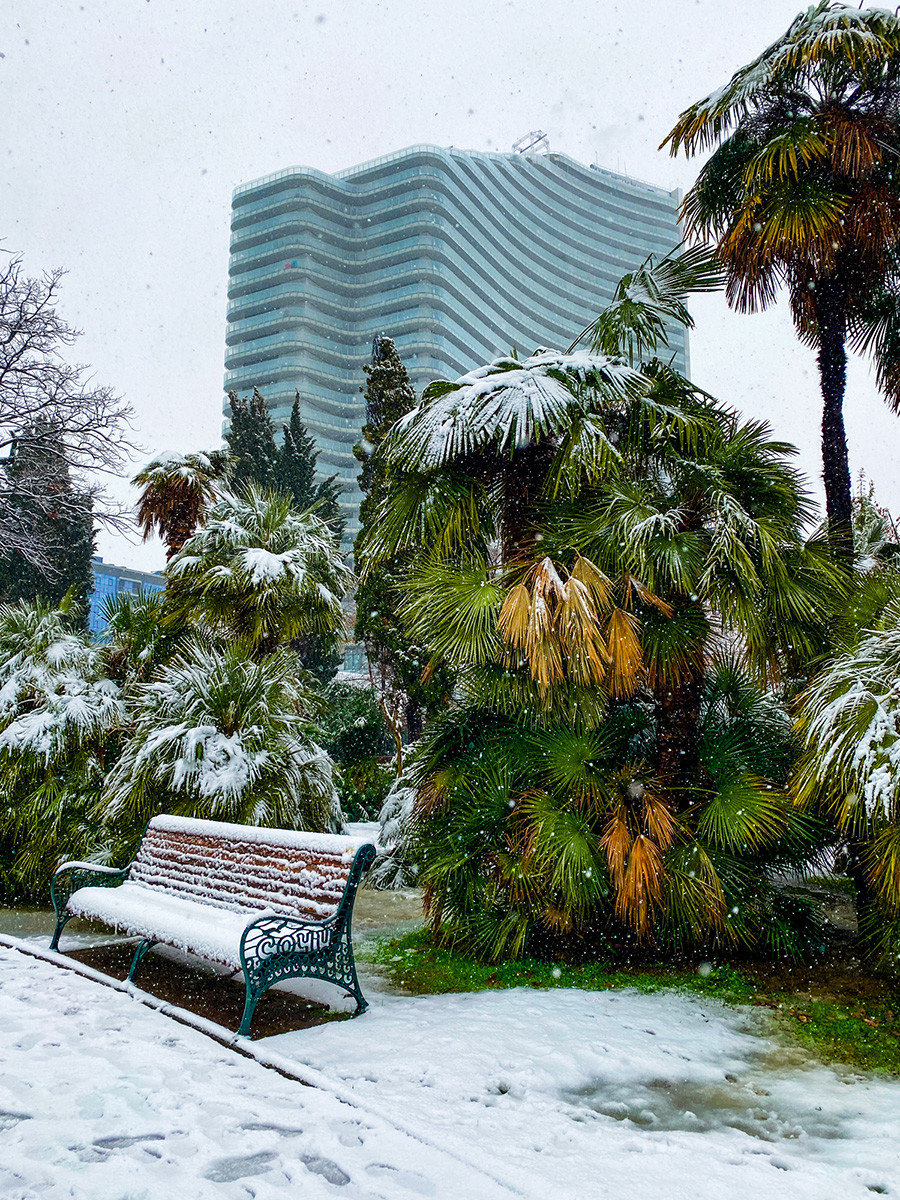 Before the Sochi Olympics in 2014, everyone joked about it being the first subtropical Winter Games. In the city of Sochi itself, it can indeed be +10°C in winter, and it’s a rare occasion when the temperature drops to zero or the palm trees get a dusting of snow, which quickly melts. 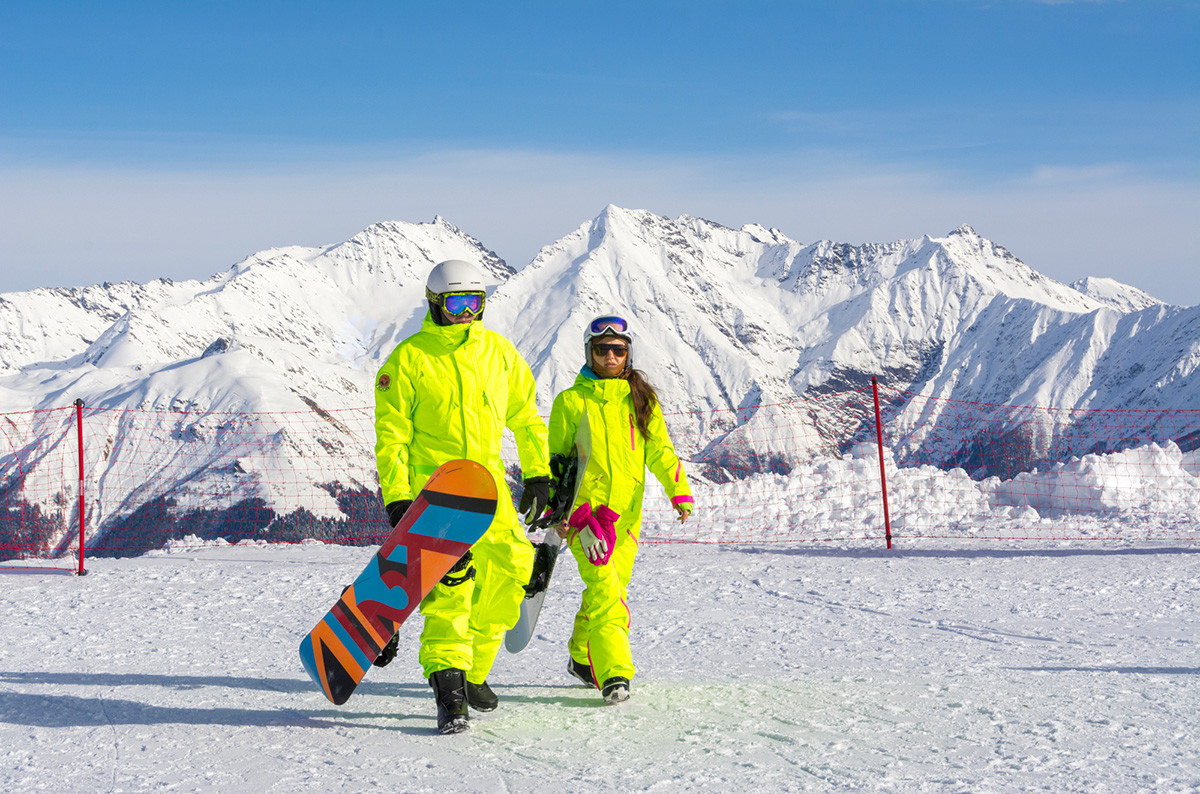 However, up in the nearby mountains, winter makes her presence felt, covering the peaks with snow throughout the fairly long ski season. 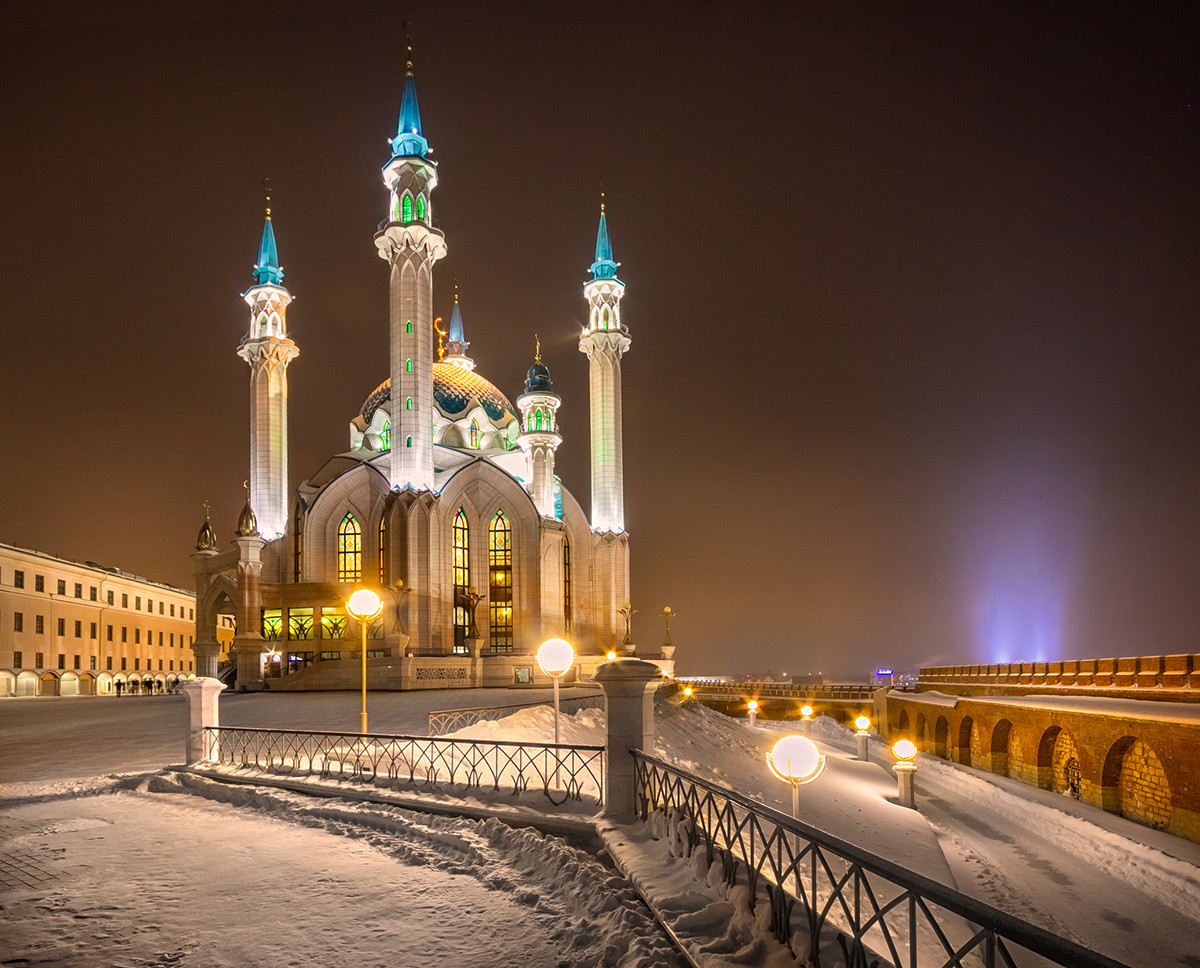 Due to the high humidity in the capital of the Republic of Tatarstan on the Volga, the temperature feels much lower than it actually is. So if the thermometer reads -15°C, you’d be advised to wrap up as if it were 5–10 degrees lower. There’s no shortage of snow here either. 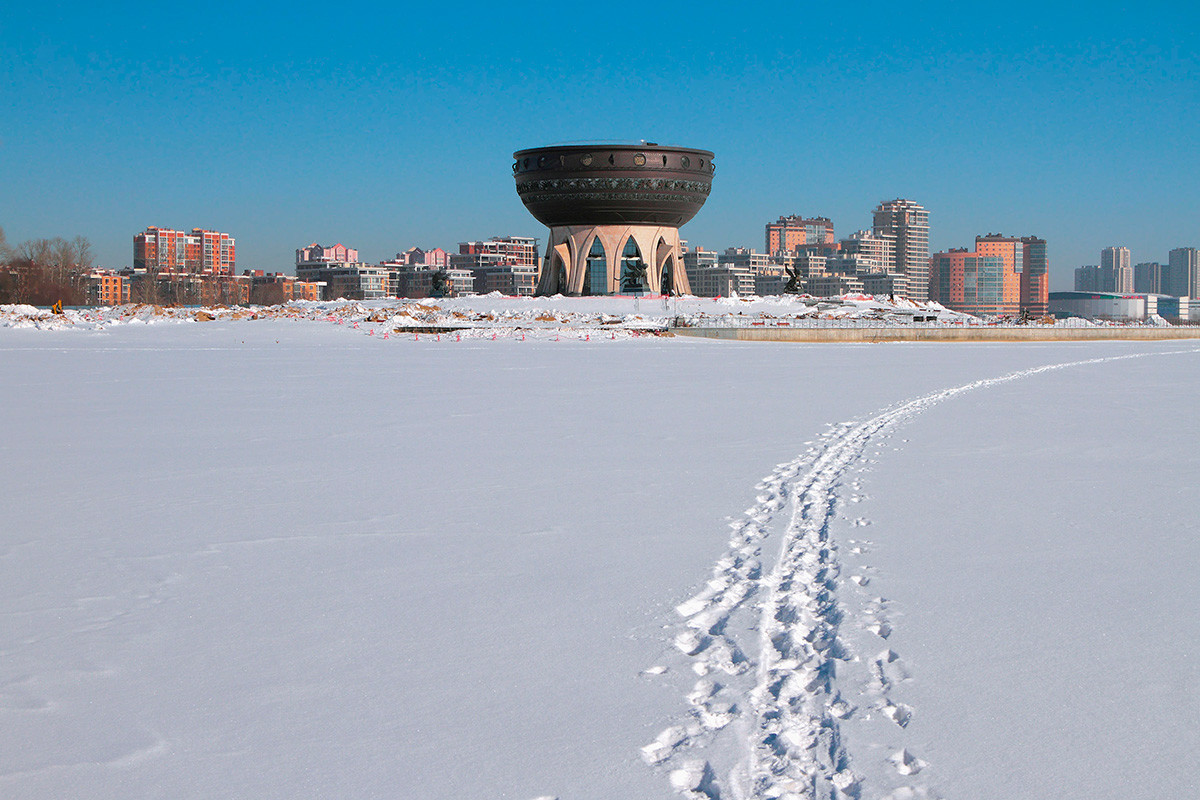 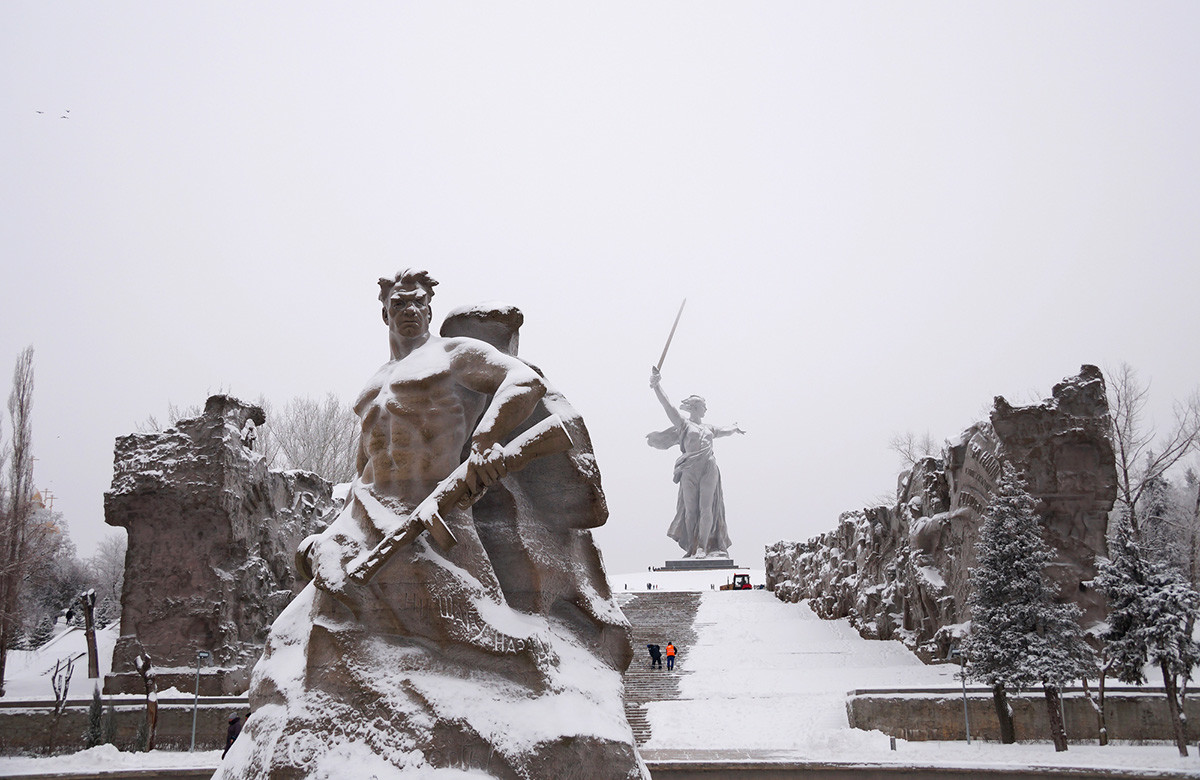 On the map, this city seems to be in southern Russia... But the temperature drops are impressive, with scorching summers and bone-chilling winters. Something that the German and other invaders found to their cost in the bloody and decisive Battle of Stalingrad during WWII. 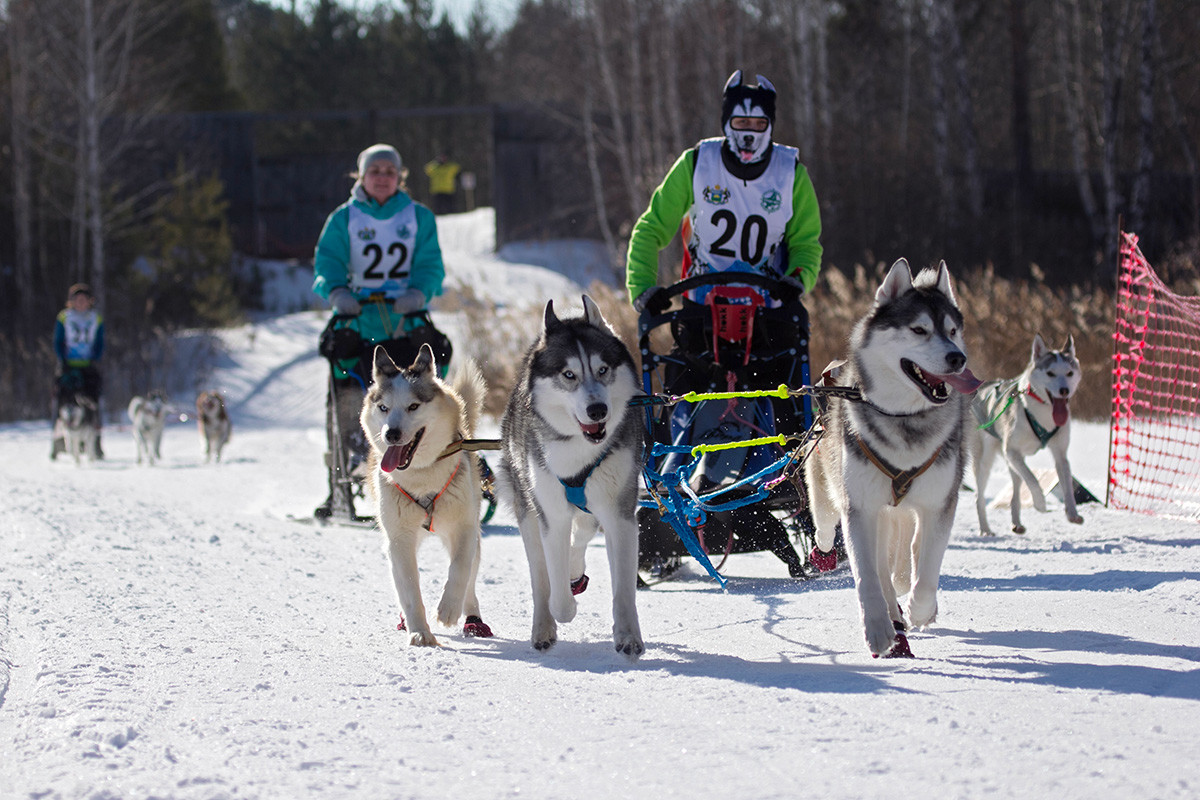 Surprisingly, Russia’s oil-and-gas capital sees more sunny days a year than its actual capital. And the weather here is not so changeable. The coldest month is January, with an average temperature of around -17°C (which, of course, doesn’t rule out a few -30°C days and especially nights). 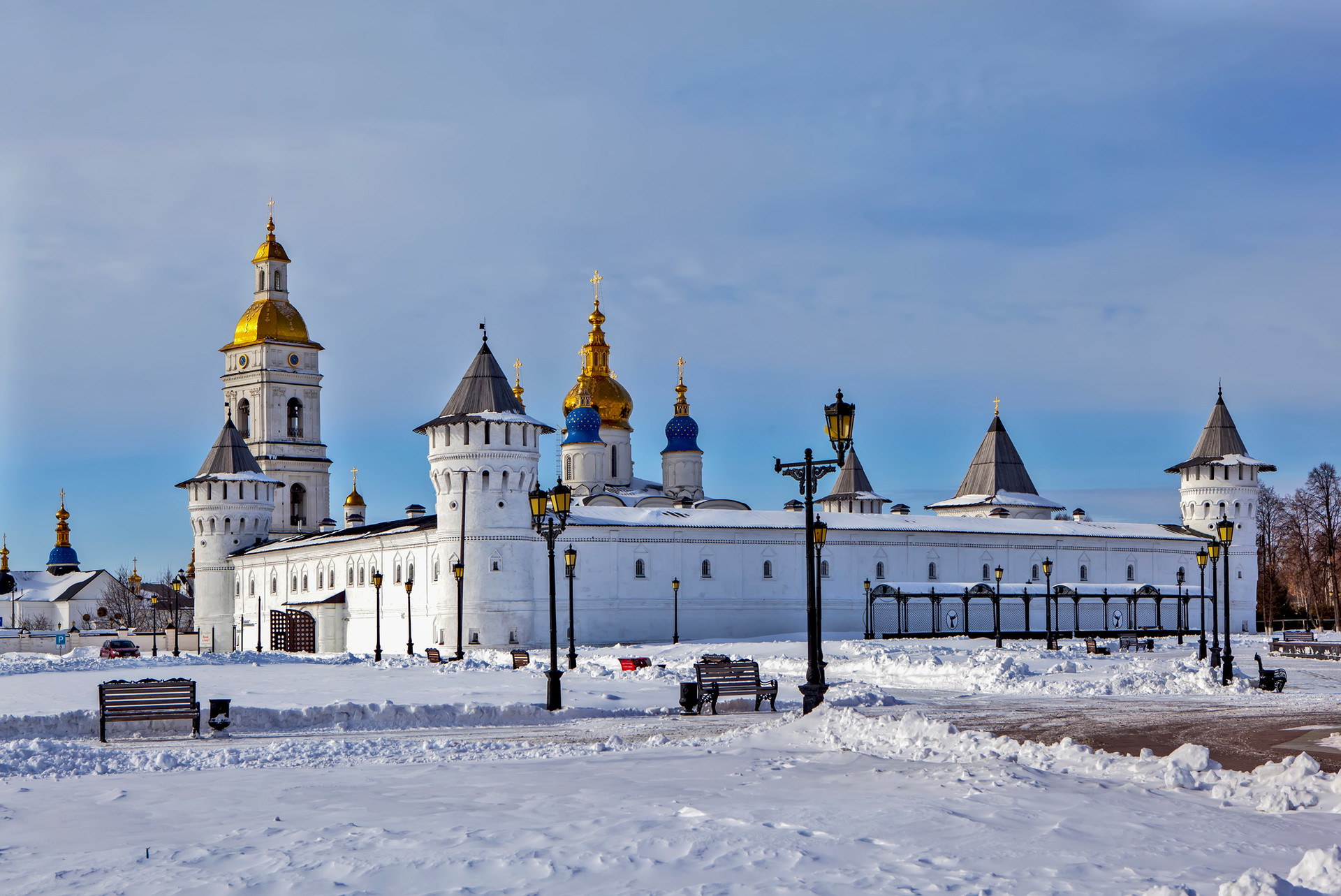 For a really wondrous Russian winter, go to Tobolsk, where the stone walls of the only kremlin in Siberia bear witness to the far harsher frosts of yesteryear. 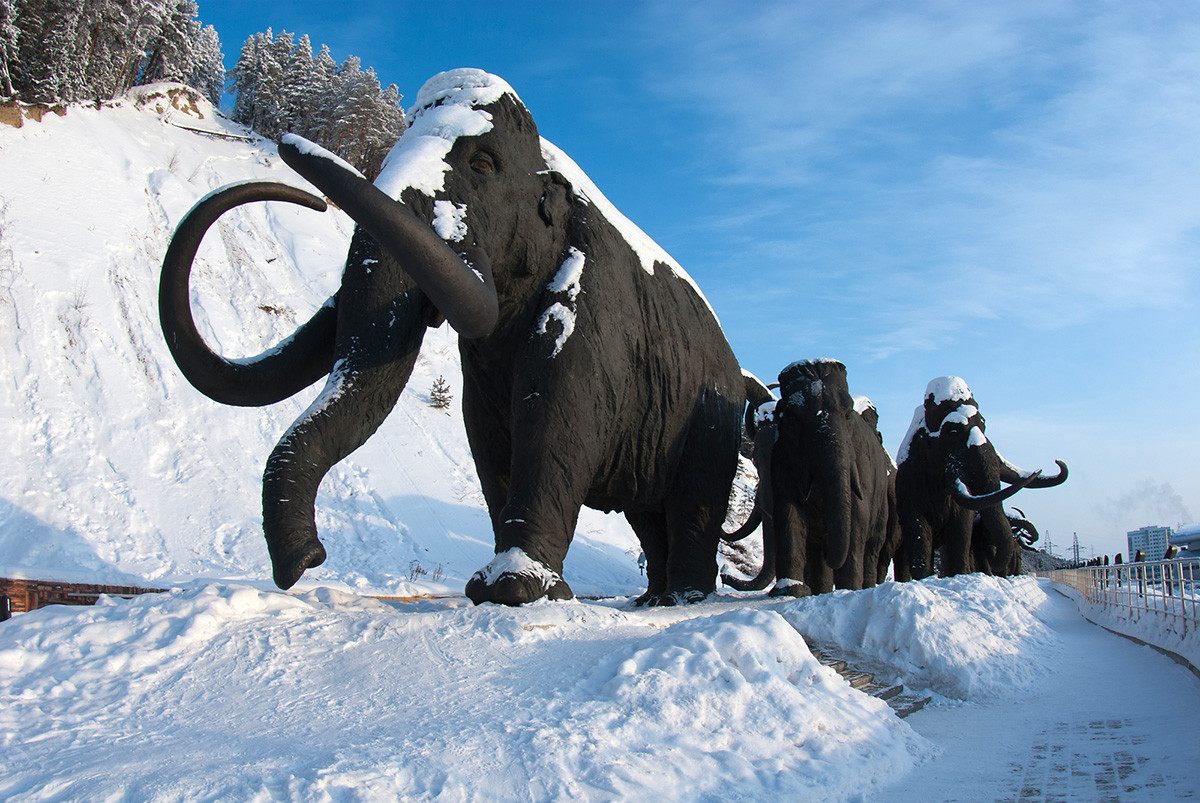 Mammoths at the Archeopark of Khanty-Mansiysk

Once upon a time, this region was roamed by woolly mammoths, the only reminder of which are snow-covered bronze sculptures. Here, in the very heart of Siberia, winter arrives in mid-autumn, lowering the mercury and covering the taiga forest with snow. 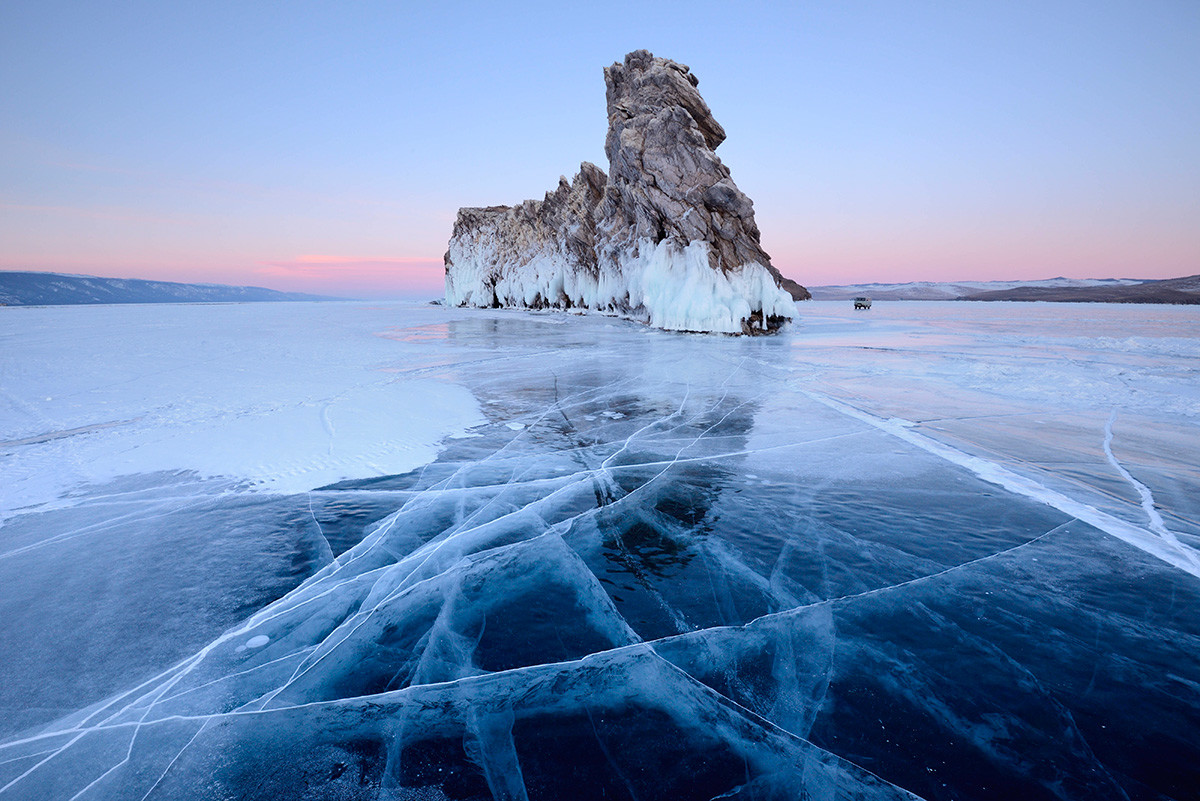 Lake Baikal freezes over in winter, creating some spectacular ice formations in the process. Take a look at the Baikal winter photos taken by our editor-in-chief — you’ll be completely smitten. 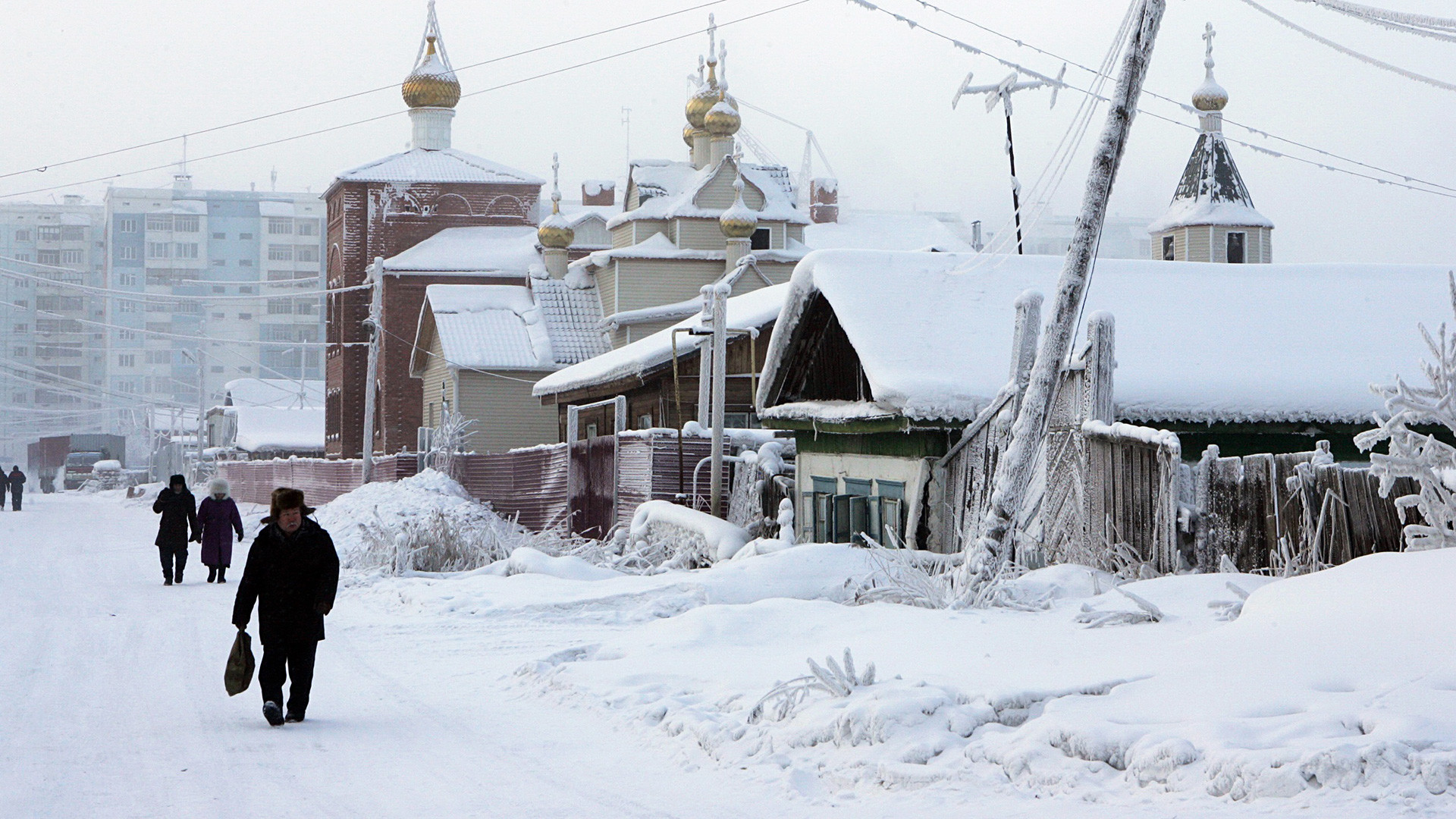 Yakutia is the largest and coldest region in Russia. From December to February, the temperature drops to -50°C or lower, and the city is blanketed in thick fog. Yet life goes on! (Read more about how residents survive here) 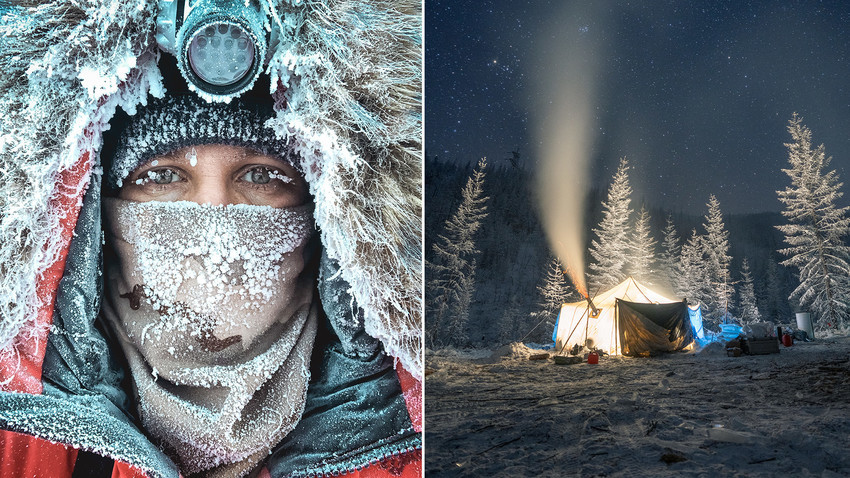 The snow here is plentiful... see for yourself. 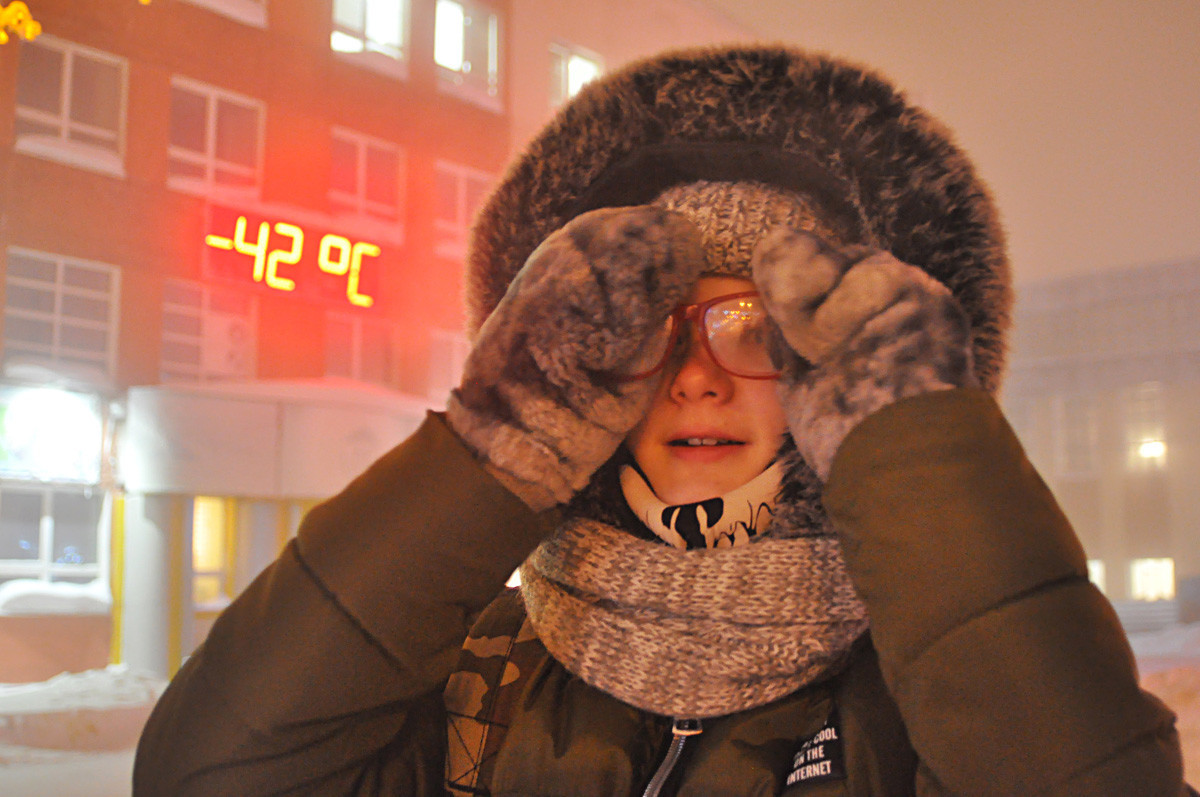 For Russians, the very name of this city is associated with bitter cold. One of the northernmost cities in the world, here too you can experience polar nights and the Northern Lights. Winter lasts from September to May, with an average temperature is -27°C, although the mercury can drop to -40–50°C with gale-force winds. Read more about Norilsk here. 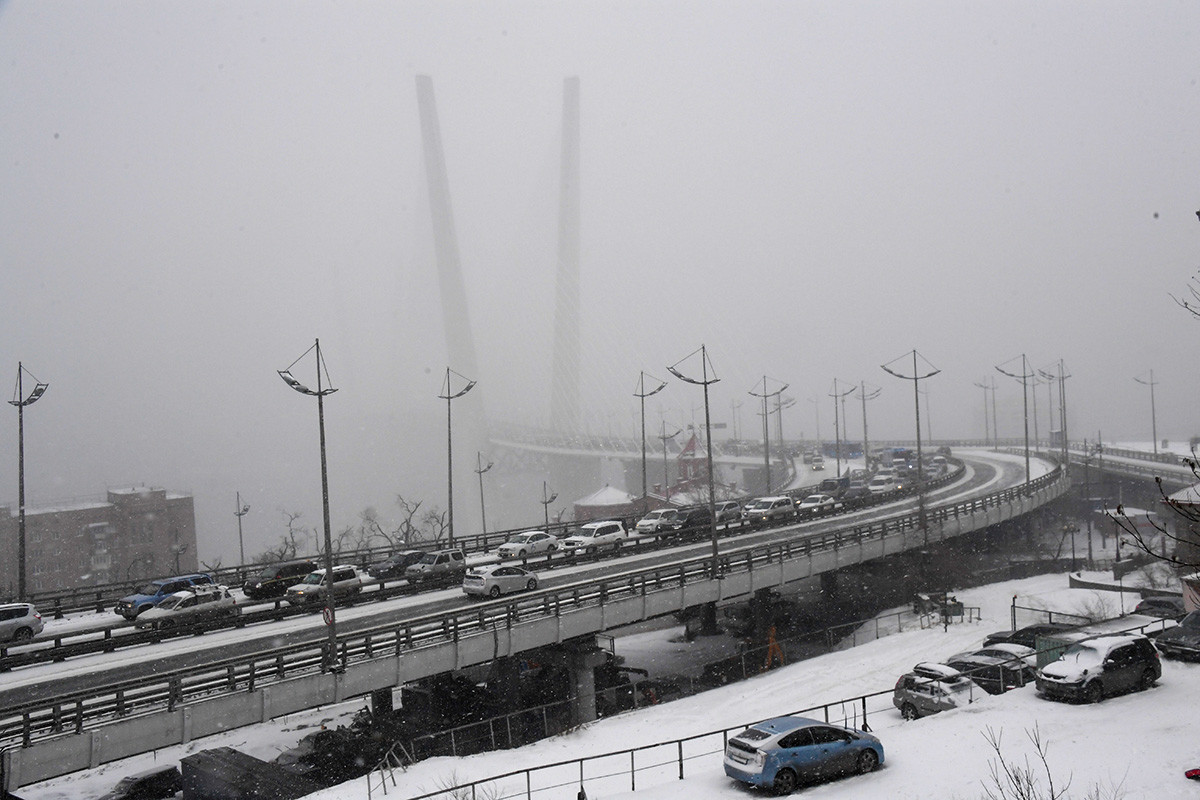 Winter in Primorsky Krai in the Russian Far East is not so much cold as snowy; the precipitation here often breaks all records. Snow-covered streets and roads turn the city into one continuous traffic jam. The inclement weather also causes frequent power outages. 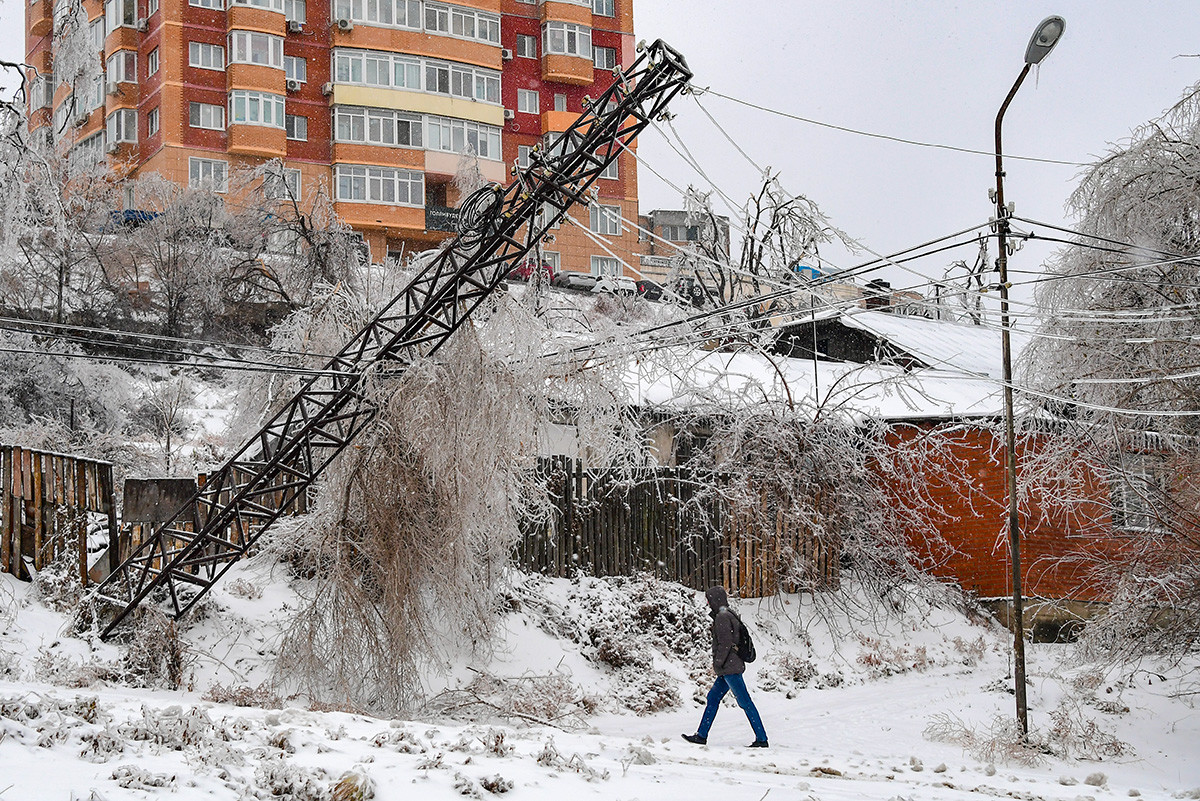 In the winter of 2020, the Russky Bridge, which connects Russky Island to the mainland, completely iced over and had to be manually cleared, during which time all traffic was halted. 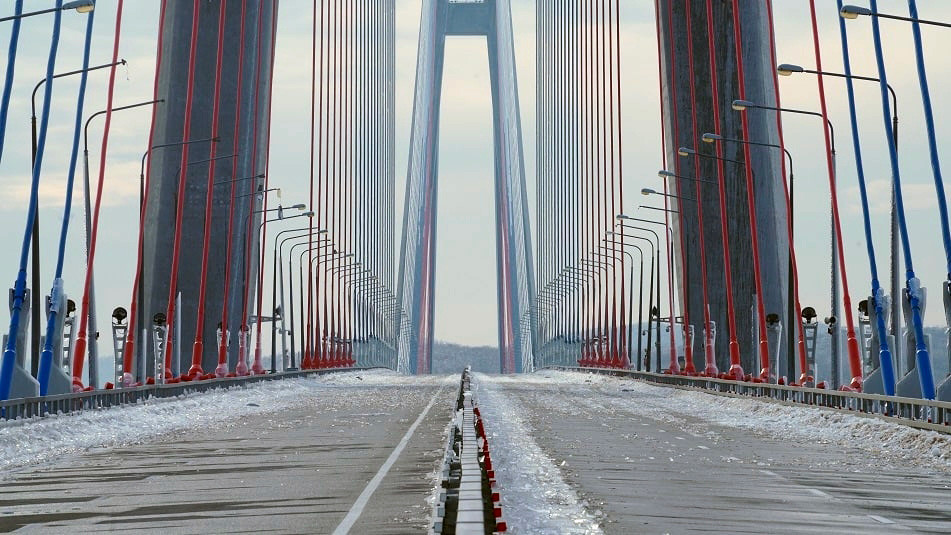 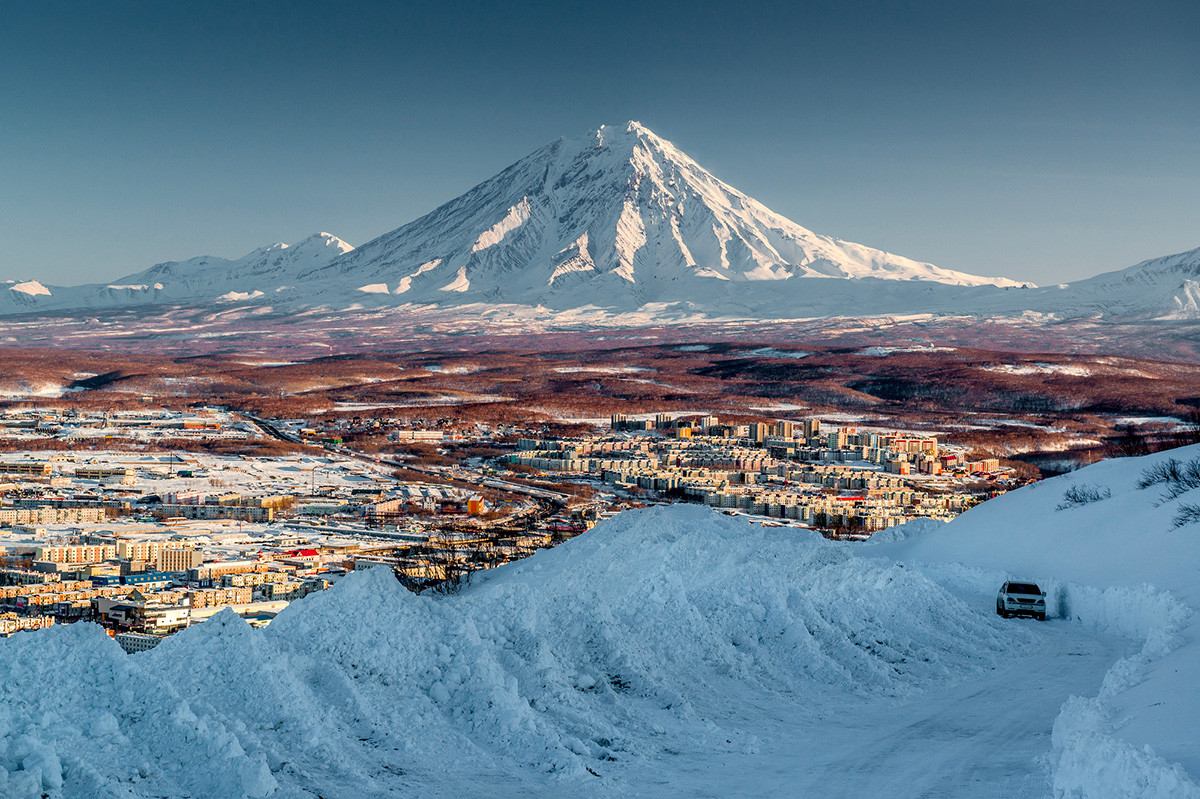 The peaks of the famous Kamchatka volcanoes are snow-covered even in summer. But in winter the snowfall is so heavy that people have to dig out not only their cars, but their doorways. 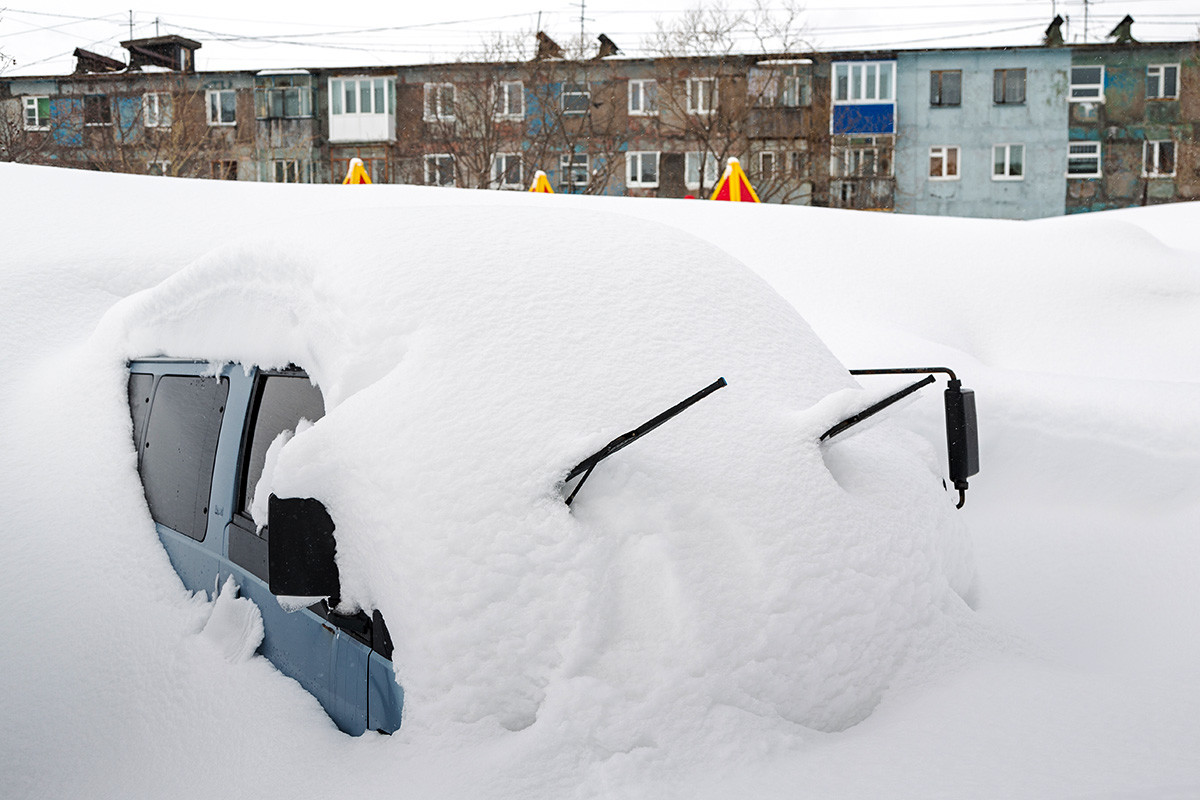 Car under the massive snow

This climate is paradise for freeriding skiers and snowboarders. 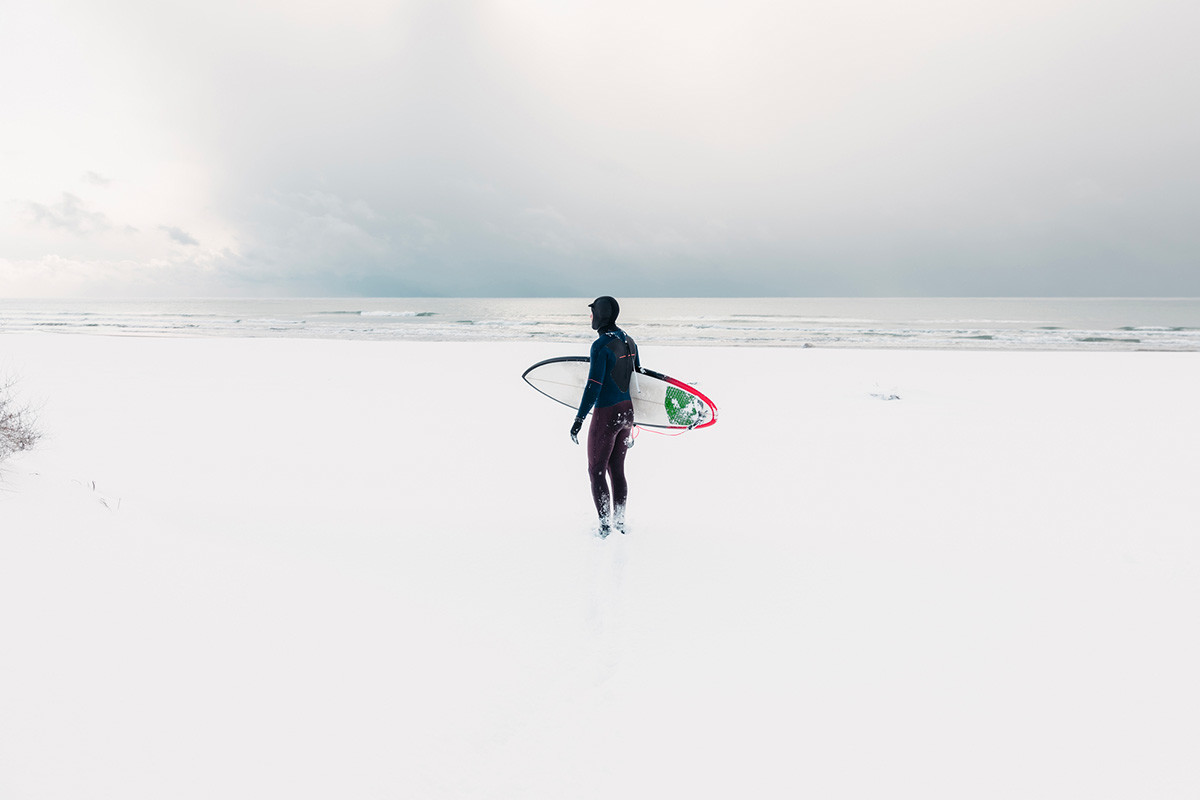 Winter surfing in the Pacific Ocean

At the same time, you can do a spot of winter surfing on the ocean waves. Winter temperatures on Kamchatka are not particularly severe: -7°C on average in January. 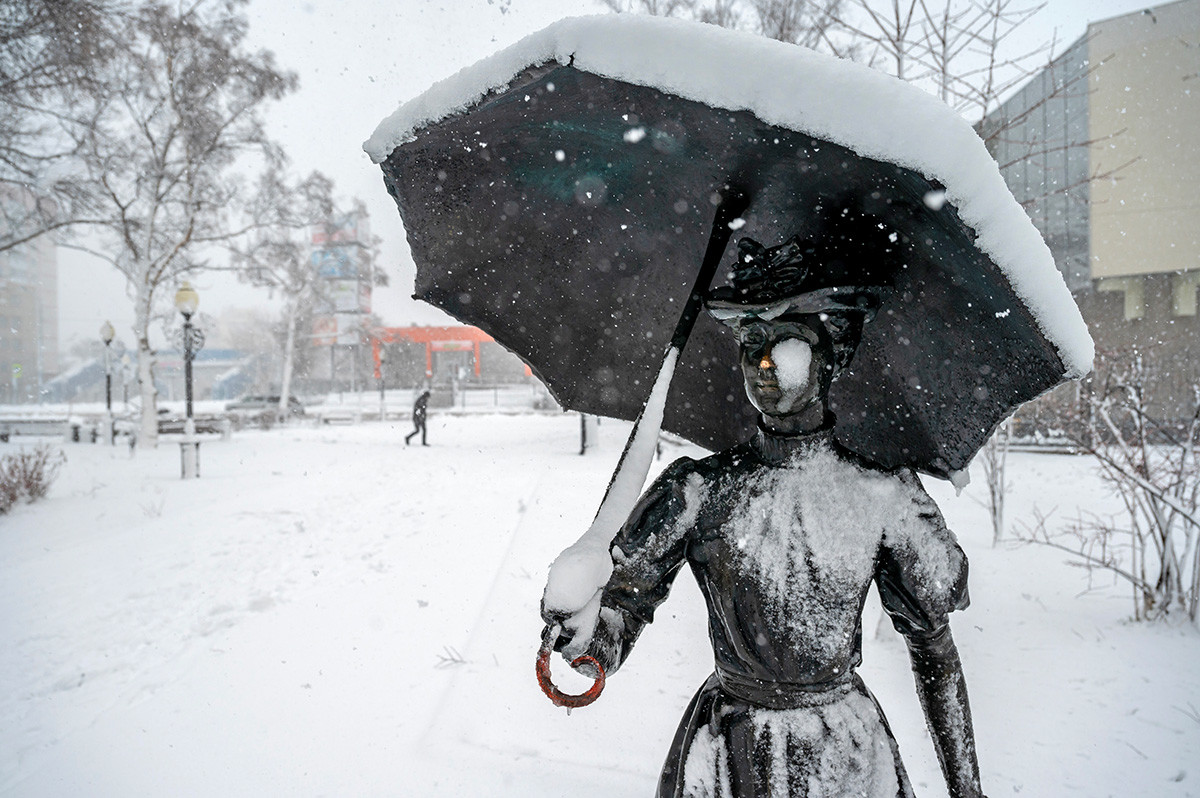 The average winter snowfall on Sakhalin is less than in Kamchatka. And yet there’s still plenty of the white stuff. Moreover, it can fall abundantly even in May, as in the photo below. 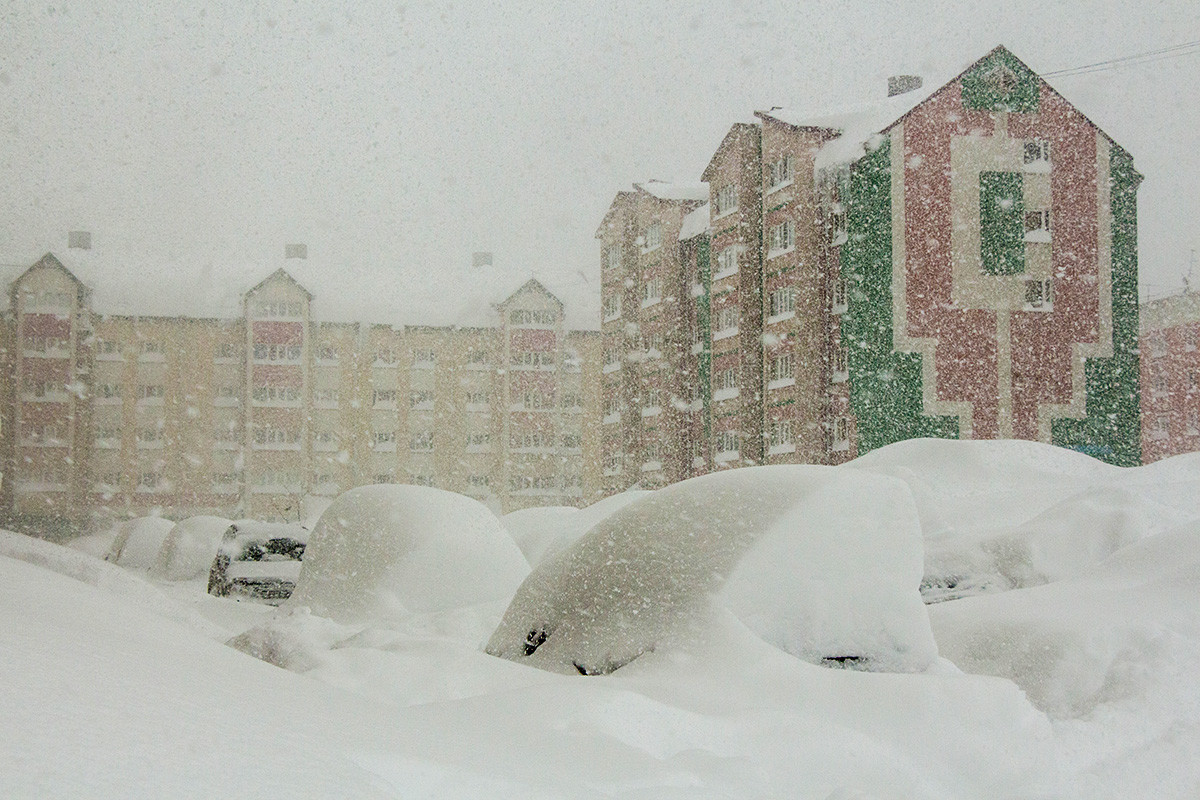 May snowfall in Yuzhno-Sakhalinsk

Here (as in many northern cities), residents decorate buildings in bright colors or eye-catching graffiti: first, it cheers people up; and second, it’s easier to find your home in a blizzard!