Travel
Russia Beyond
Visiting Kamchatka is an adventure of which many people dream. The remote peninsula is famous for its volcanoes, geysers and amazing wildlife. These photographers have managed to capture what it is like to be there. 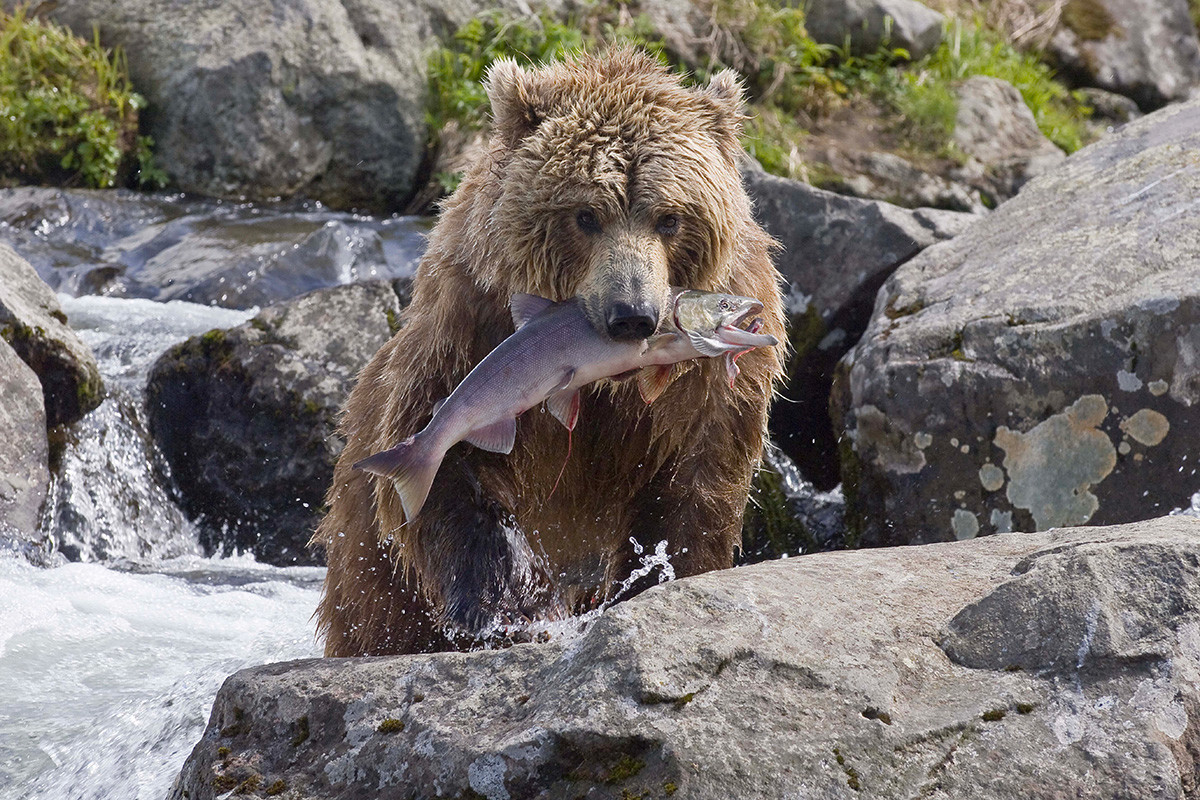 Bears are among the most "famous" denizens of Kamchatka (at least among land animals). Tourists can admire and have close encounters with these dangerous wild animals at the end of summer when the bears have already savored plenty of tasty fish, have full stomachs and do not pose a threat to the tourists themselves. 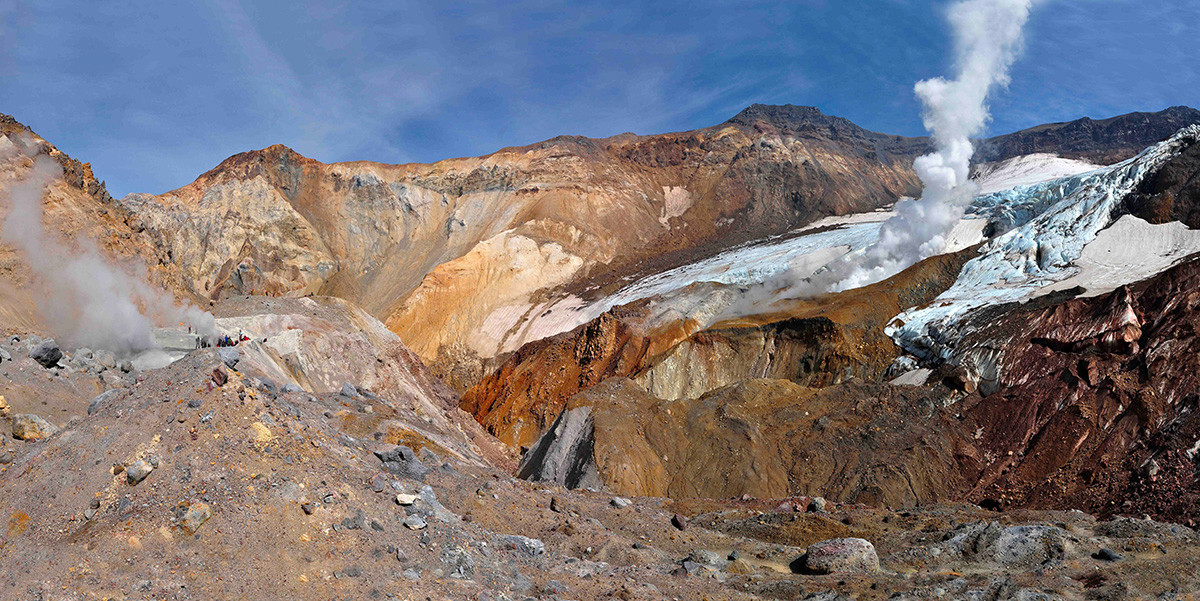 There are about 300 volcanoes in Kamchatka. Mutnovsky is one of the most active. The ancient volcano has a complex structure. Surrounded by four cone-like mountain groups, the two craters on its summit, one embedded in the other, constantly eject jets of steam and gas. 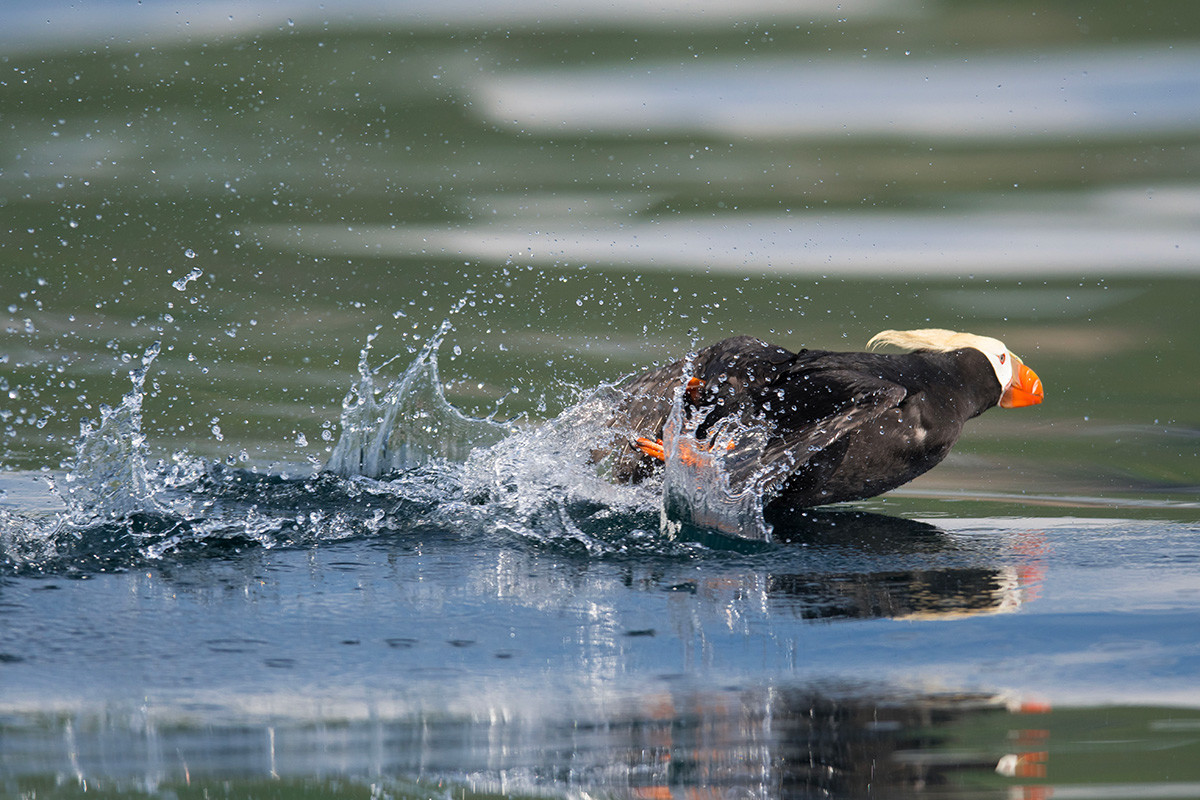 The Tufted Puffin, known as toporok in Russian, is another unique bird found in the northern part of the Pacific Ocean. It has an interesting characteristic - before taking off, it accelerates and looks as if it is running across the water. 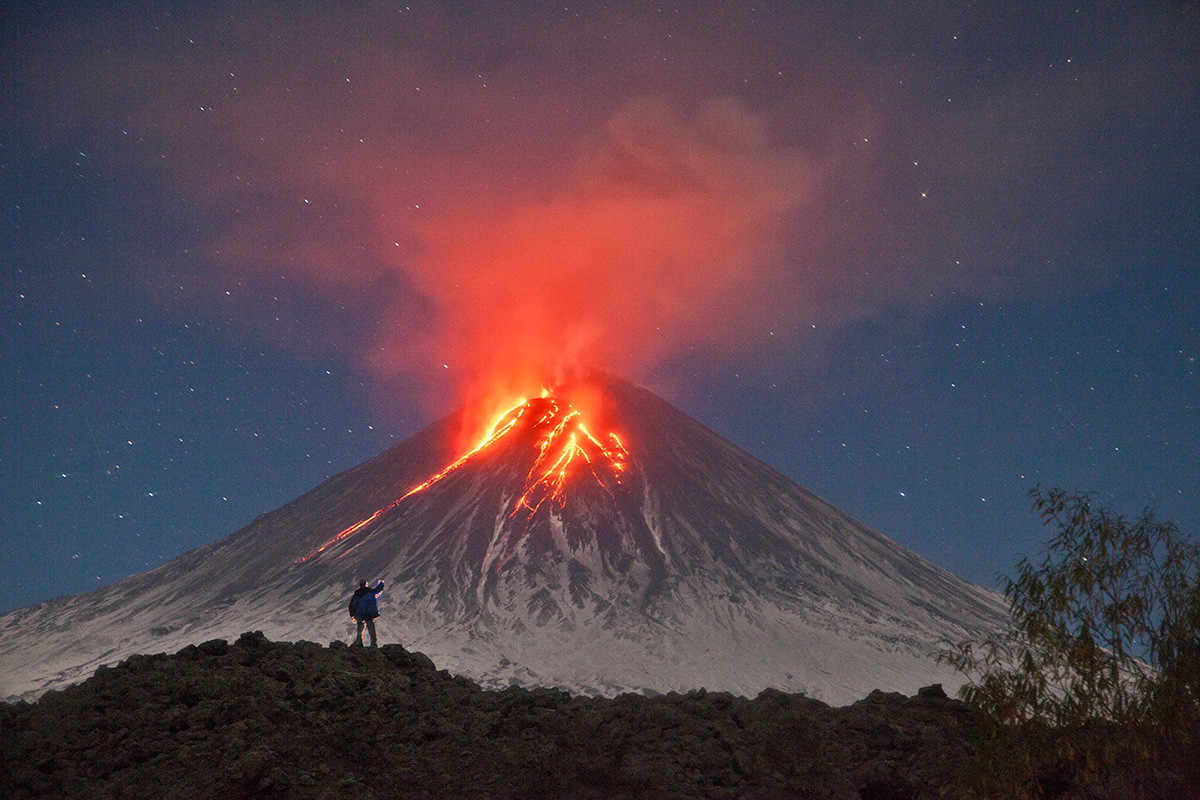 Alexander Bichenko is not just a photographer - he is an experienced Kamchatka climber and trekker, as well as a leading specialist at the department for development, tourism and ecological education at the Volcanoes of Kamchatka Nature Park. His lens has captured the peninsula's most protected and beautiful places. 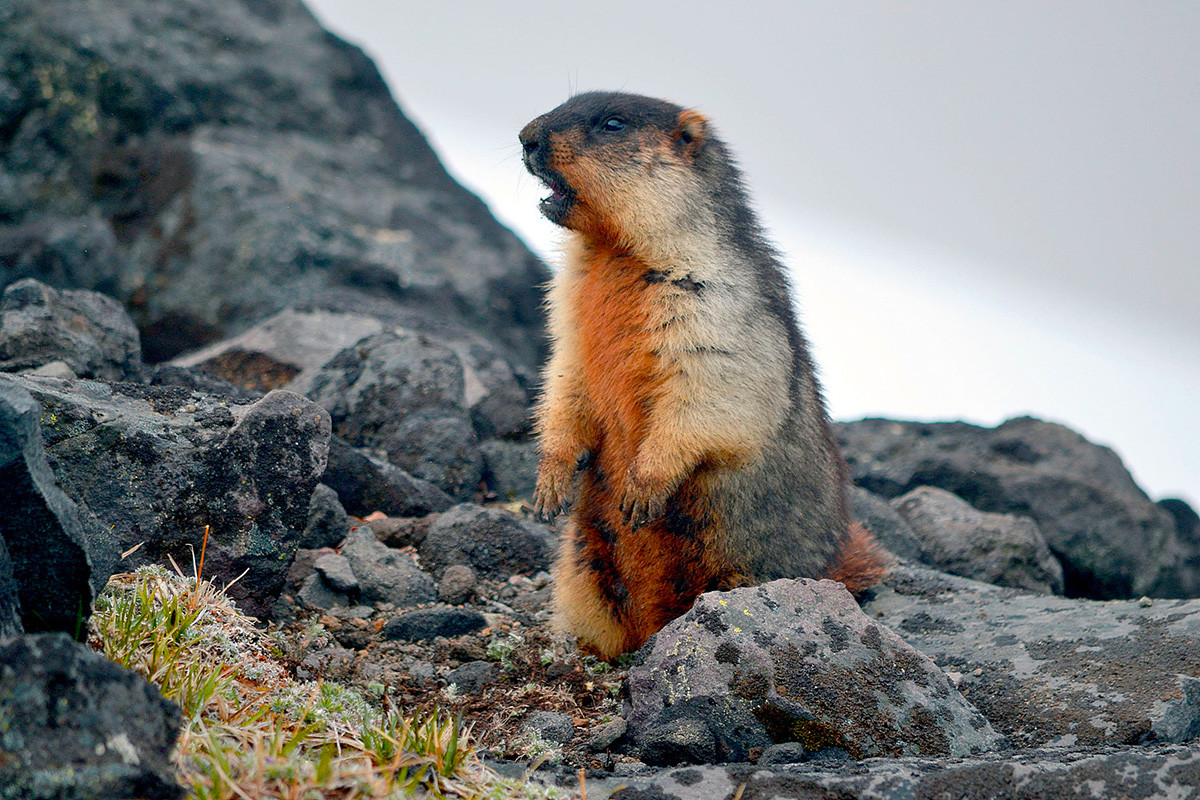 This marmot is also called the Eastern Marmot or even the Kamchatka Marmot. Its habitat is Eastern Siberia, Yakutia and Kamchatka. And it got its name from its unusual coloring - the black patch on its brown body resembles a cap.

6. Crater of Avachinsky Volcano with Koryaksky Volcano in the Background, Nalychevo Nature Park 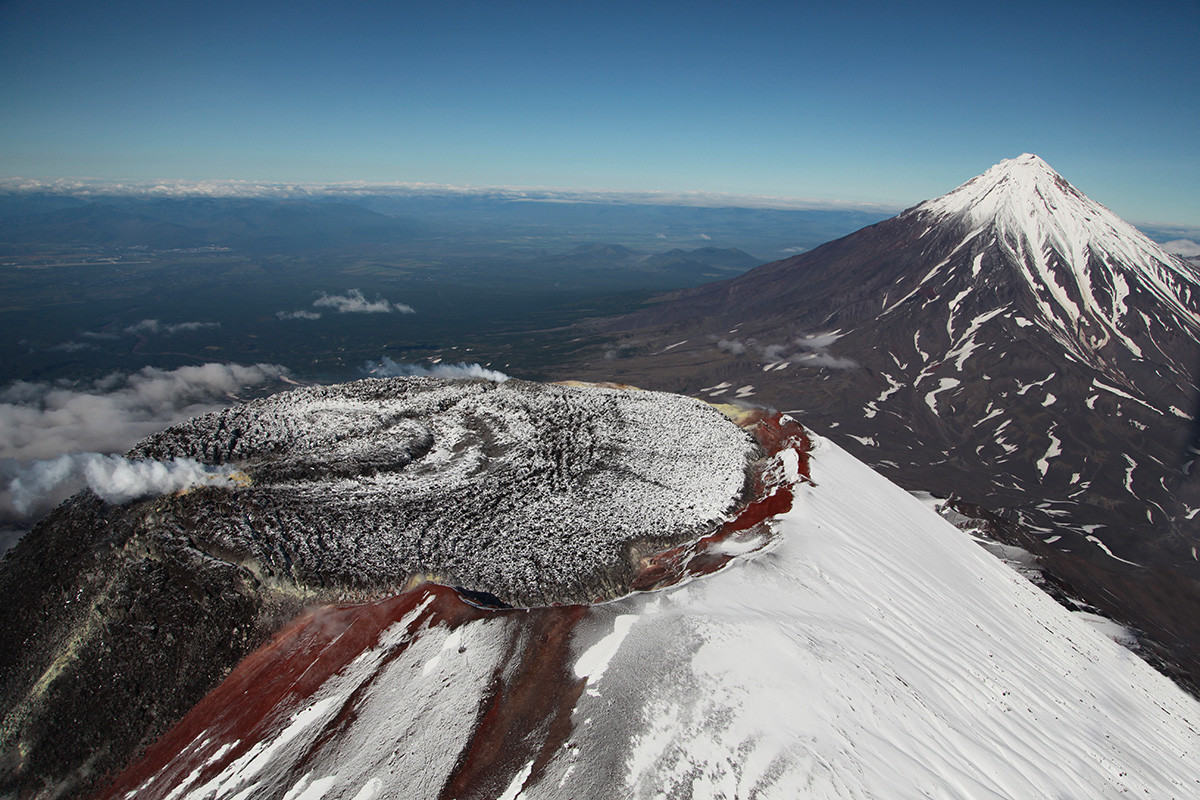 The Avachinsky Volcano - or Avachinskaya Sopka, to use the local word for volcanoes - is arguably one of the most "popular" in Kamchatka. It is the closest to Petropavlovsk-Kamchatsky and is relatively easy to climb. 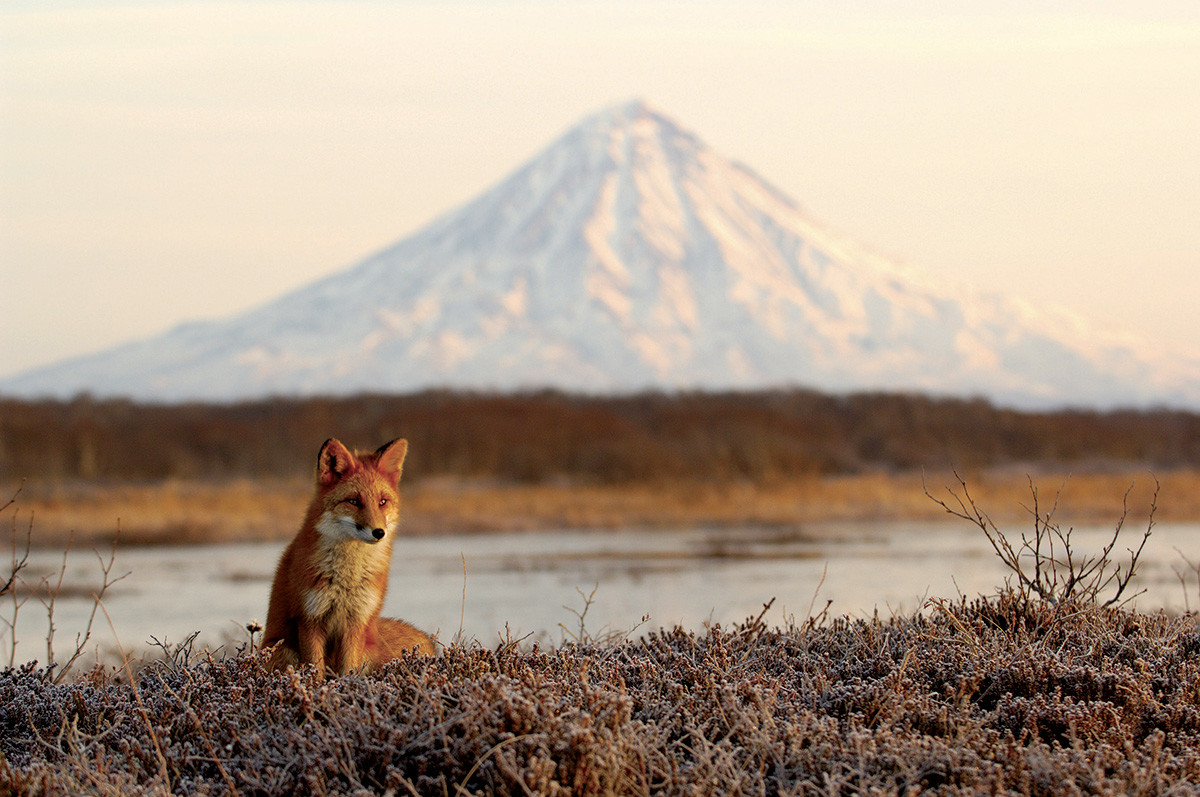 A particular species of fox - the Ognevka Fox - is the most widespread in Kamchatka. About 6,000 of the animals with their bright red coloring live here and, thanks to the small number of human inhabitants, they have plenty of space to roam freely. The fox feeds on small rodents and birds but also "competes" with bears for the salmon.

Without going into the technical details of volcanology, we'll just say that Gorelaya Sopka is a unique volcano and a real monument to geology and history. The landscape here is quite unusual, consisting of abundant sintered eruption material. Just imagine - the modern "edifice" of the volcano covers an area of 150 square kilometers (58 sq miles). 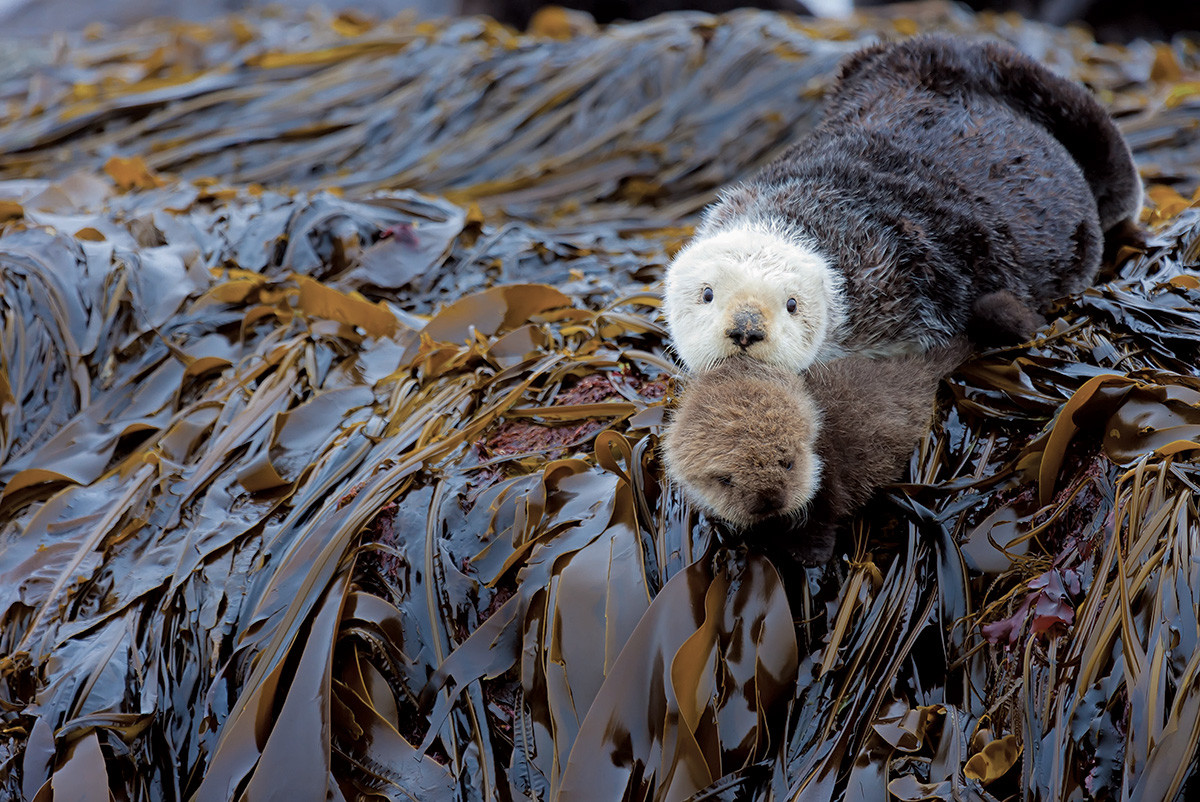 Sea otters inhabit the Commander Islands and are considered a rare species, with their numbers decreasing all the time. In past centuries this cute creature was actively hunted and its unusually thick fur was to blame. In order to stay warm in the northern seas, nature endowed the animal with over 100,000 hairs per square centimeter! 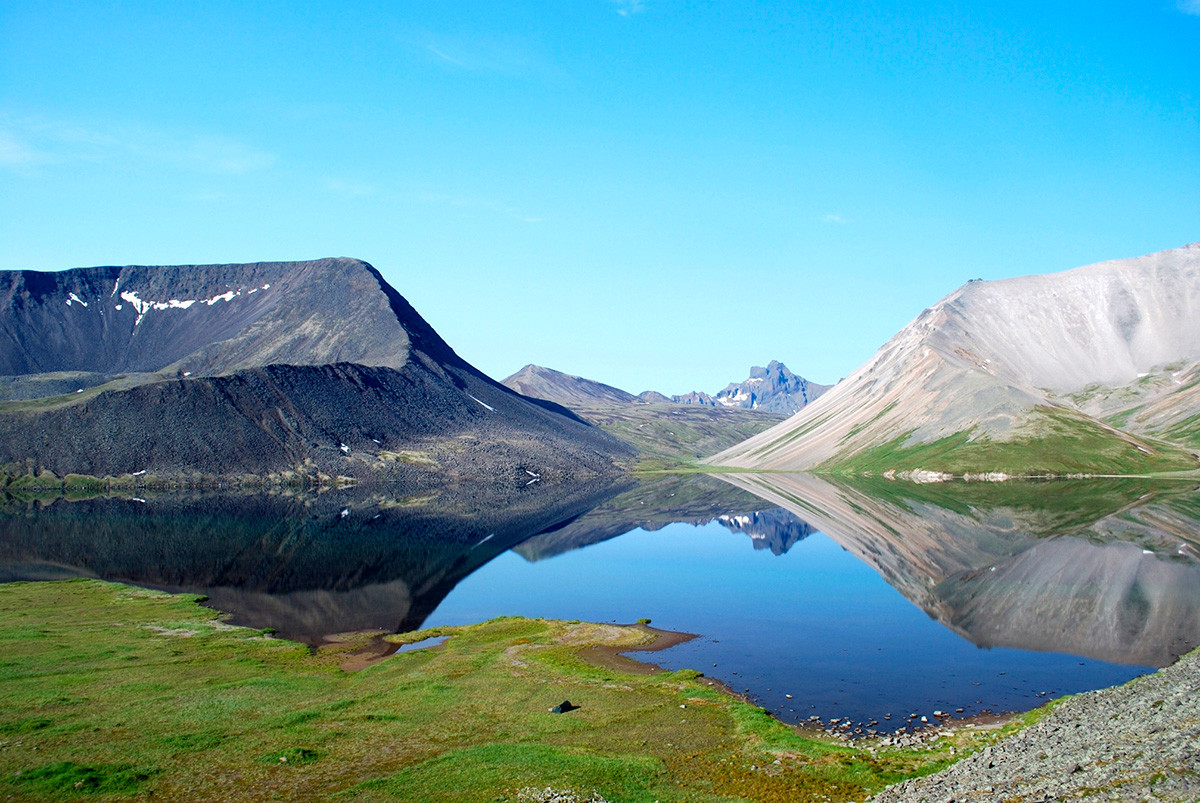 Kamchatka abounds in lakes of volcanic or glacial origin. Lake Ketachan is located near a volcano by the name of Ichinskaya Sopka. Against a background of mountain ranges, the view is simply amazing. By the way, in the language of the Evenks - the indigenous local people - Ketachan means "small keta salmon". True enough, keta salmon and sockeye salmon spawn in the River Ketachan, which originates in the lake.

11. An Ermine, caldera of Uzon Volcano 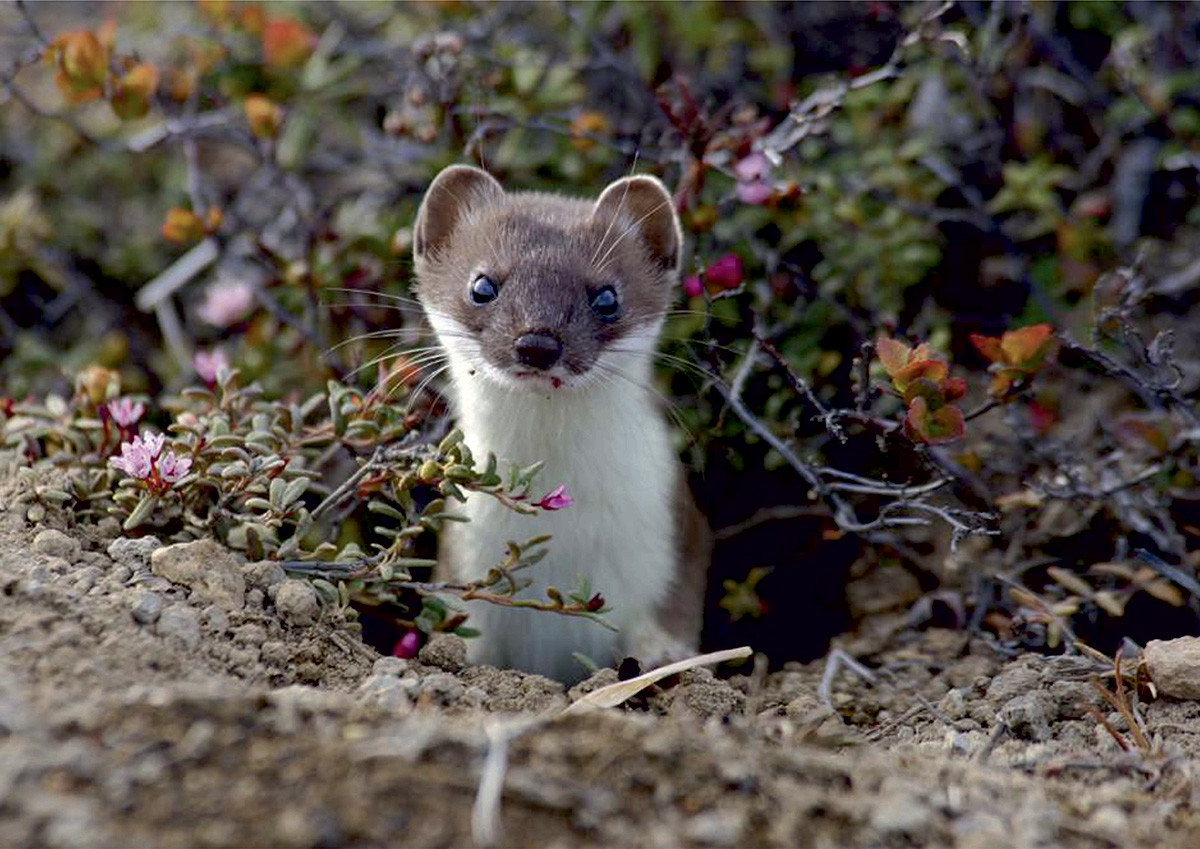 Nature photographer Igor Shpilenok has taken a huge number of pictures of Kamchatka animals in the wild. He managed to capture an ermine in its summer coat when it is not entirely white but covered by a protective brown coloring. 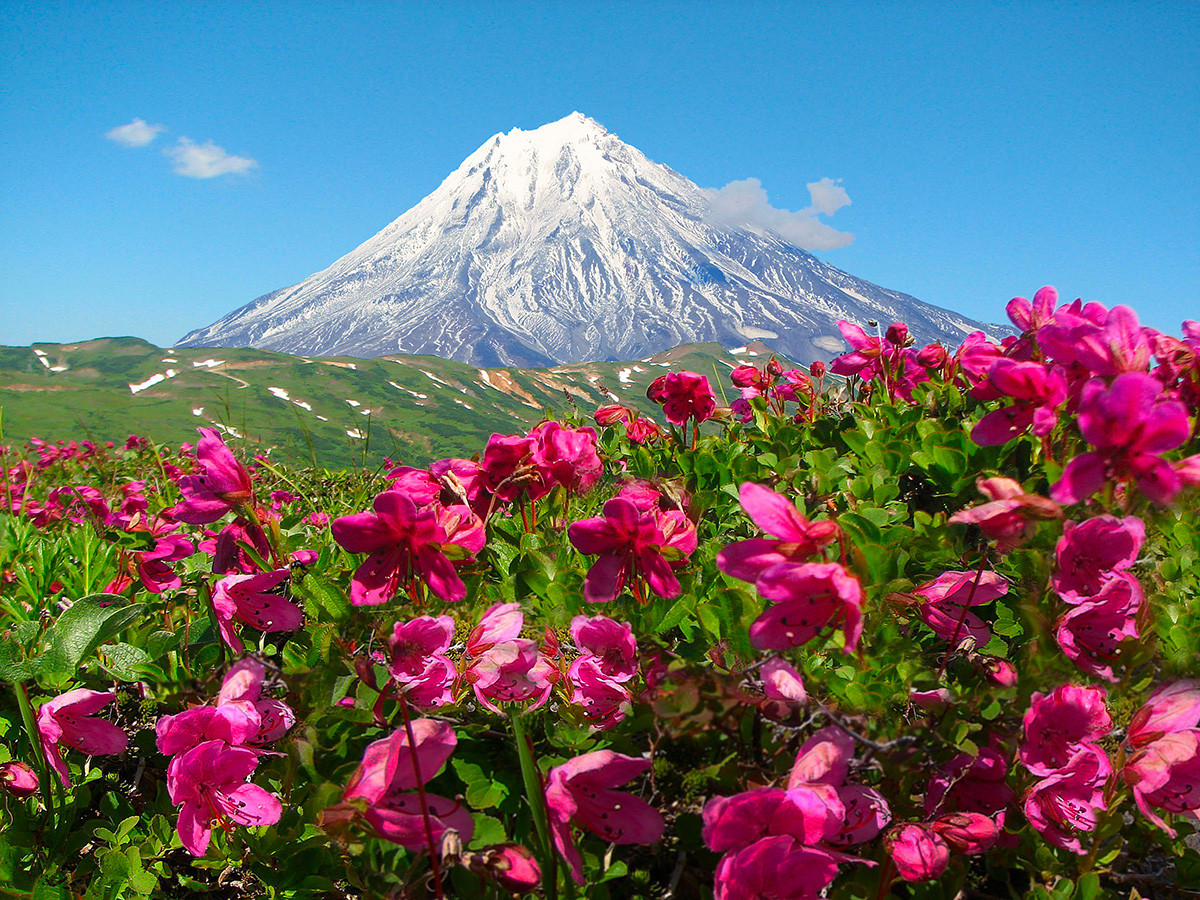 The north is not just snow-capped peaks but also has quite summery landscapes with incredible colors of its most varied flora in bloom. This beautiful rhododendron with its pink buds, which can be found in places like Italy, flowers in many locations in Russia, including Kamchatka. 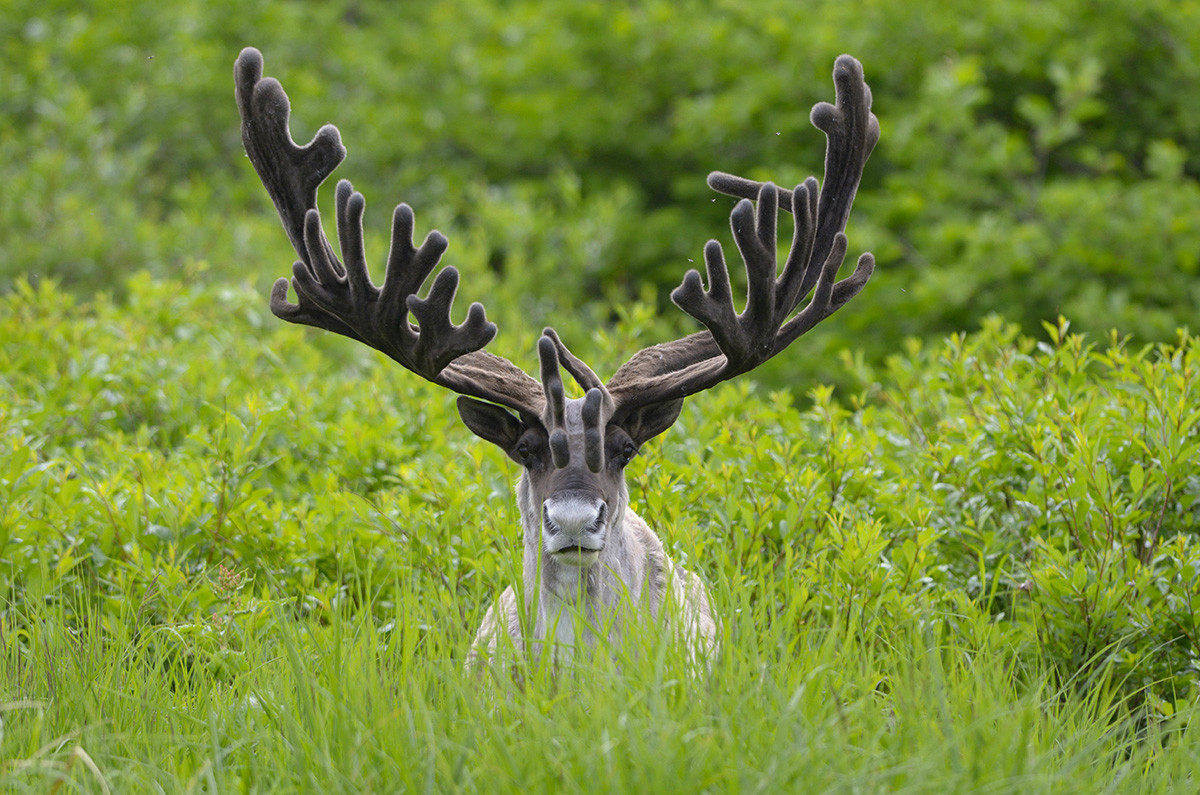 In 2021 scientists conducted genetic research and found that the Wild Reindeer of Kamchatka is the biggest in Eurasia. Today only about 400 specimens remain in Kamchatka and preserving the population of these magnificent creatures is one the most important tasks facing the region's scientists. 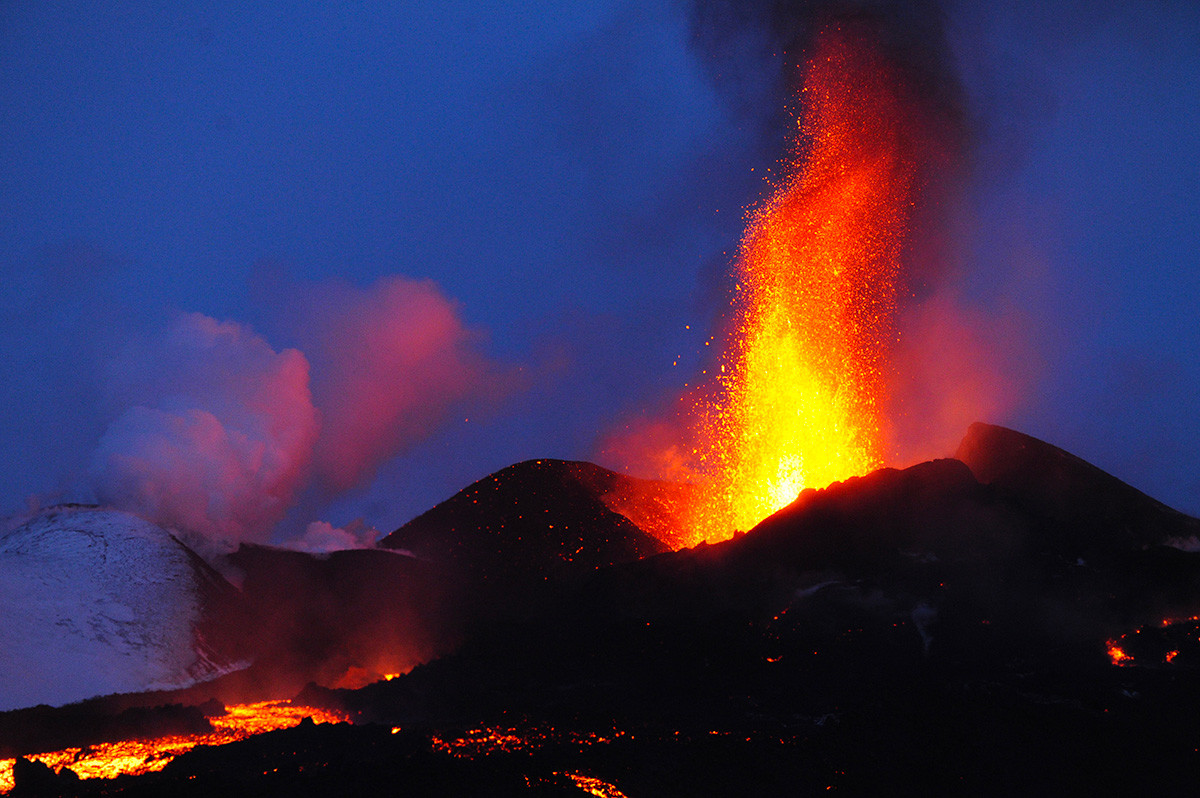 In 1975, the eruption of Tolbachik was the first volcanic eruption in the history of Russian science which experts managed to predict accurately. It has erupted at various times since. In 2013, it spewed lava and ash for several months, transforming the surrounding landscape. The nearest population center, 60 km (37 miles) away, was not affected. 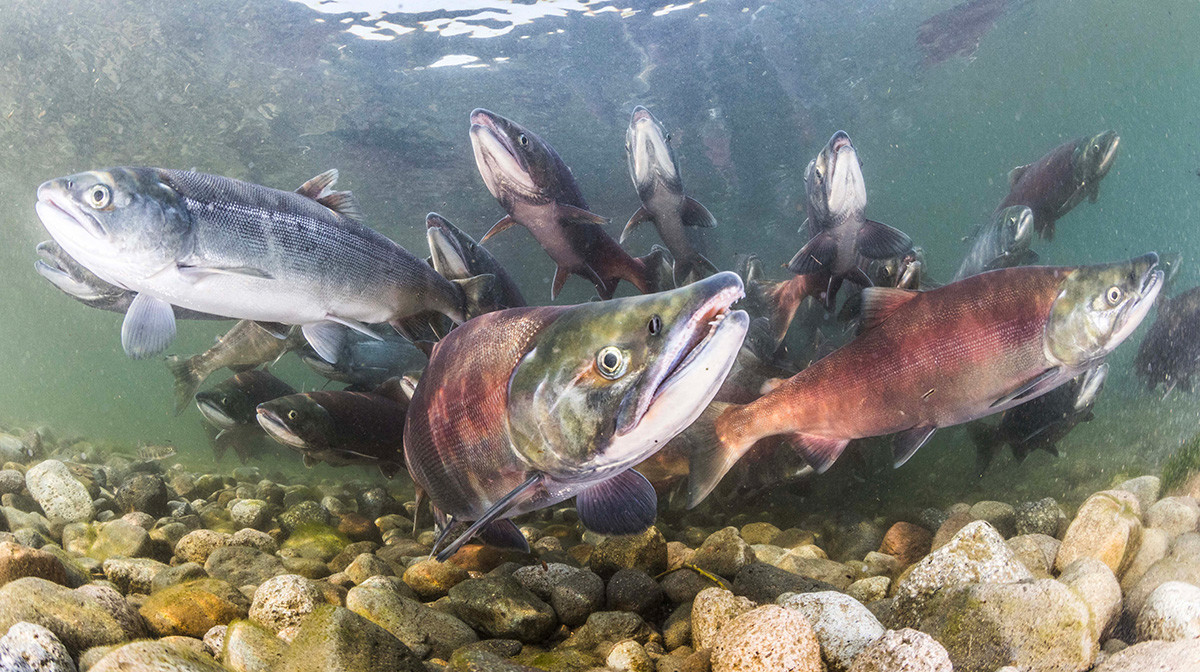 Photographer Mikhail Korostelyov spent over a month closely observing sockeye salmon - a species that is widespread here and is one of the most important biological resources of Kamchatka. After spawning, many end up in the paws of bears, but those fortunate enough to survive grow up in Kurile Lake and then descend along the river into the Sea of Okhotsk.

The exhibition, "Kamchatka. Your Incredible Adventure", will run at the Worker and Female Collective Farmer pavilion at VDNKh, Moscow, until December 15, 2021