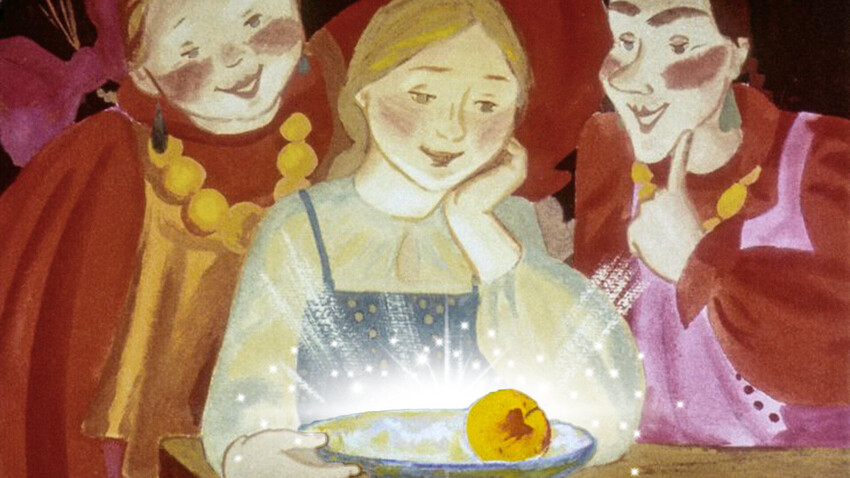 Dranishnikova V./ Diafilm, 1984
How to use a firebird’s feather and what you could see via the fabulous plate with an apple.

In the famous Russian fairy tales, there are often different gadgets mentioned that help the various characters. And, surprisingly, some of them are similar to actual modern electronic devices. Some of them show the other side of the world, some plan your route - and some even make you dance. 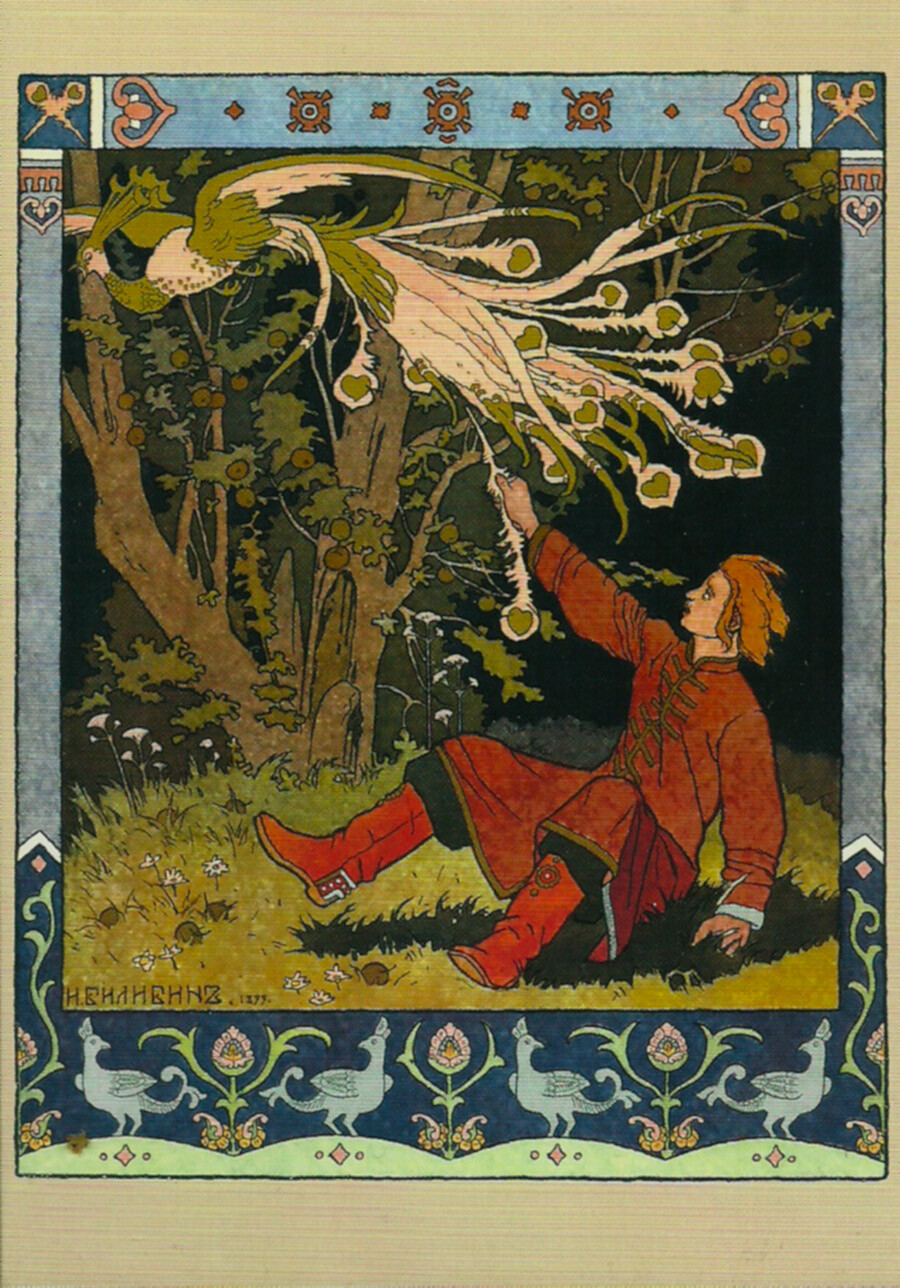 Zhar-ptitsa (“firebird”) with its flaming glow is one of the main Russian fairy tale characters. Its image is used in traditional crafts and in theater art. It was even once the symbol of the 2009 Eurovision Song Contest in Moscow.

This bird has many magical abilities, the main being the power to heal. And that’s why there’s always a real hunt for the firebird in fairy tales. But it’s actually enough to have one of its luminous feathers. In some tales, a character can’t even take them without gloves, because they could get burned.

In addition to medicinal properties, a feather can also be used as a source of light and heat. And, in the end, it turns into gold. A very useful thing, actually. 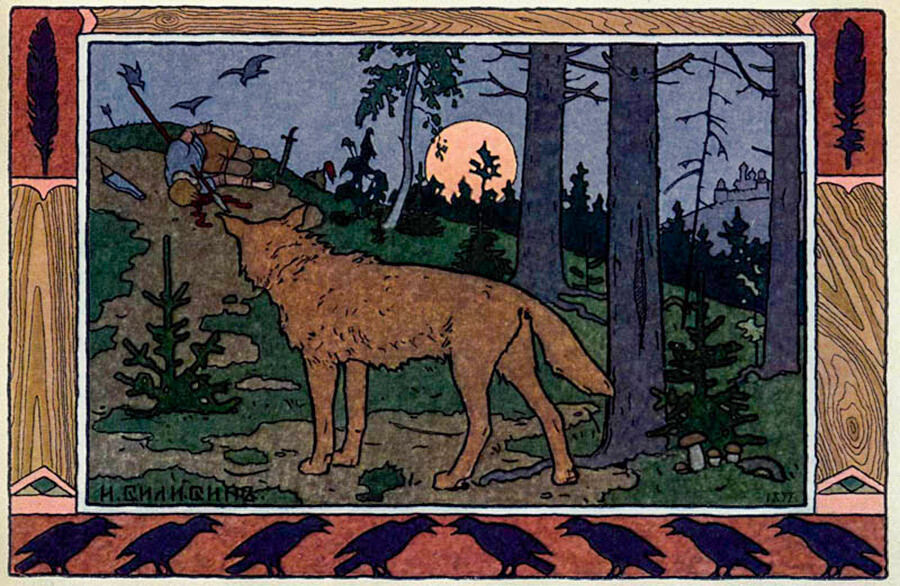 To revive Ivan Tsarevich, the wolf watered him first with dead water, and then with live water. Illustration by Ivan Bilibin, 1899.

In most mythologies, as a rule, water symbolizes life. In Slavic fairy tales, water is not only “live”, but also “dead”. And they act together to bring a character back to life. First, they are sprinkled with the “dead” water and then with the “live” one.

Prominent Soviet folklorist Vladimir Propp explained that dead water symbolized the rite of burial and that this water completed the process of death. After this, the live water returned a character to life. If a wounded person were sprinkled with live water first, they would open their eyes, but remain wounded and eventually die. 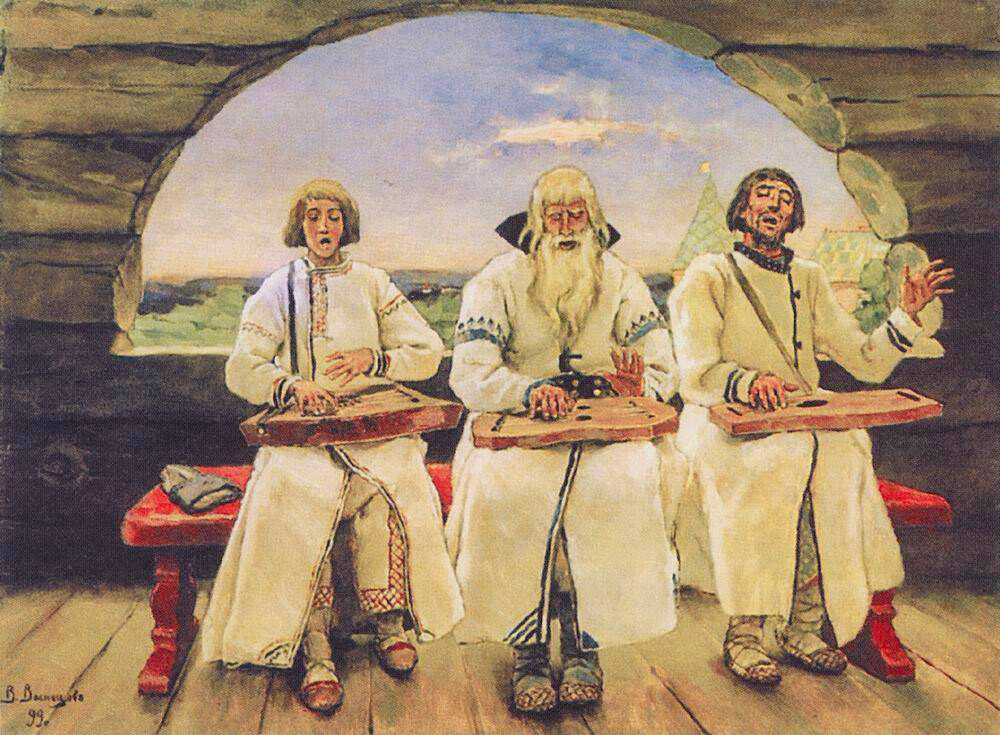 A gusli was considered the most important Slavic musical instrument. Even bogatyrs played it! The name ‘gusli’ comes from the words “hum” and “buzz”. In Russian epos, gusli - or “samogudy”, which could play music themselves, without a human, are often mentioned as an instrument that helped characters to defend their enemies. They were “switched on” with just a voice command (“Gusli, play!”) and make everyone around them dance without interruption. In one legend, such a gusli helps to free Maria Iskusnitsa (Maria the Artful) from the captivity of an underwater tsar. In another - to make a simple shepherd to marry the tsar’s daughter, who was conquered by his playing.

4. A silver plate with an apple 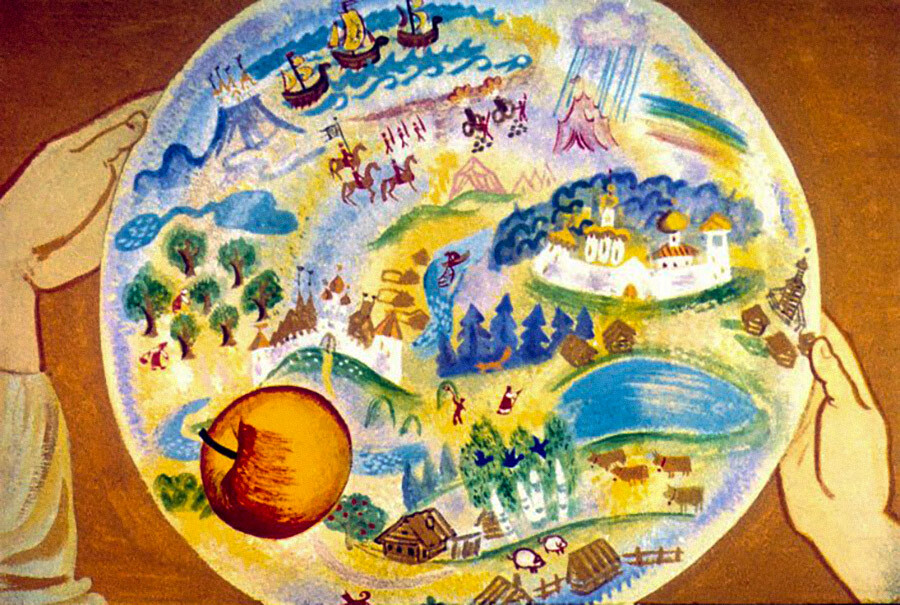 Yes, in Slavic fairy tales there were quite a lot of mentions of gadgets with apples and, in fact, they did the same thing as modern smartphones. For example, they showed other people and events at a distance. The principle of operation was simple. A person used a voice command: “An apple, roll on a silver plate and show me the cities and fields,” (or something else that was needed). 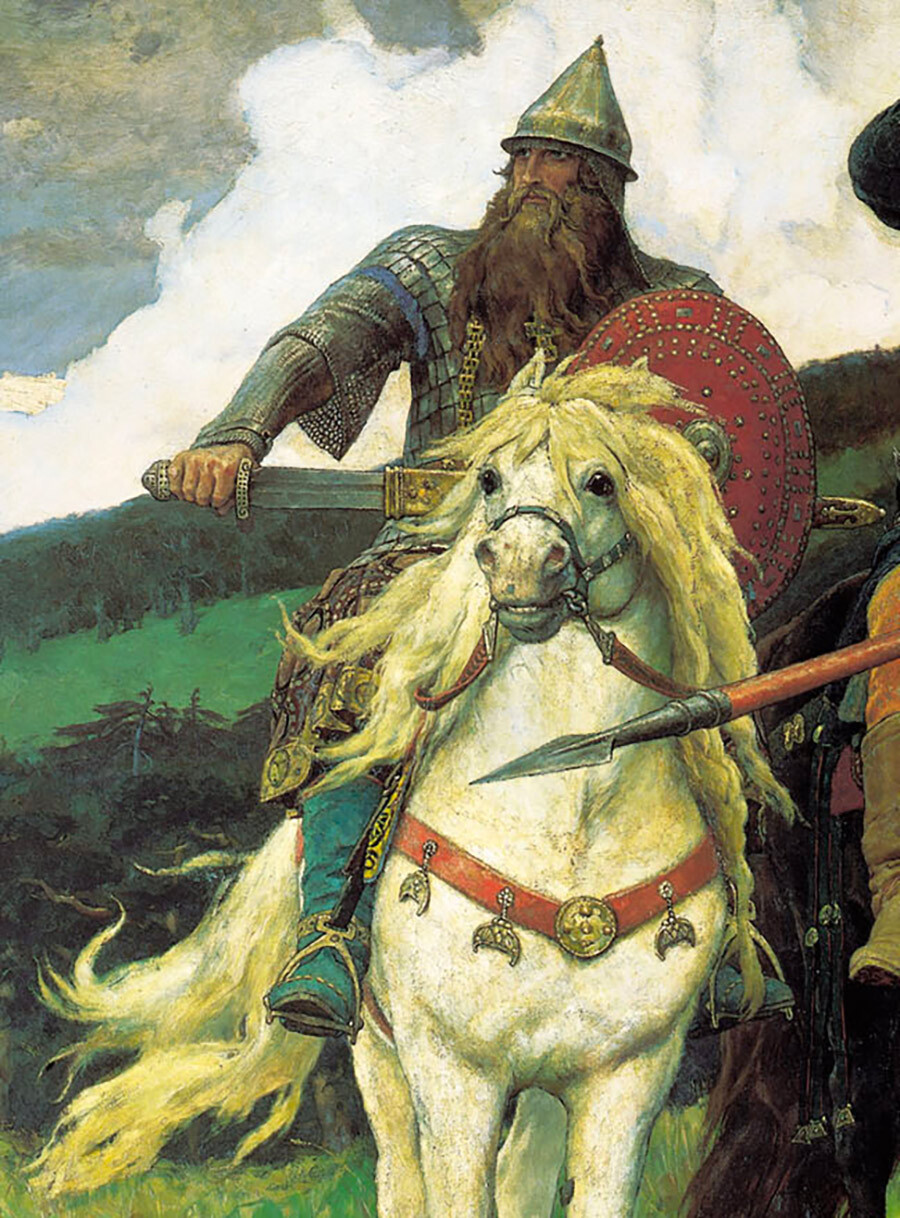 Now let’s talk about a bogatyr’s magical arms. The word “kladenets” has common roots with the words “treasure” and “to put”. Also, some scientists note the connection of this word with the Latin word “gladius”, which also means a type of a sword.

In some stories, it’s noted that this sword is extracted by the bogatyrs from mounds or graves and, thus, this arm is linked with the supernatural power of the dead world.

And with the help of this sword, the heroes defeated Zmey Gorynych, a sorcerer in the form of a huge head (in some fairy tales he is called the ‘King of the Fire Shield’ or ‘Chernomor’) and other bad creatures. 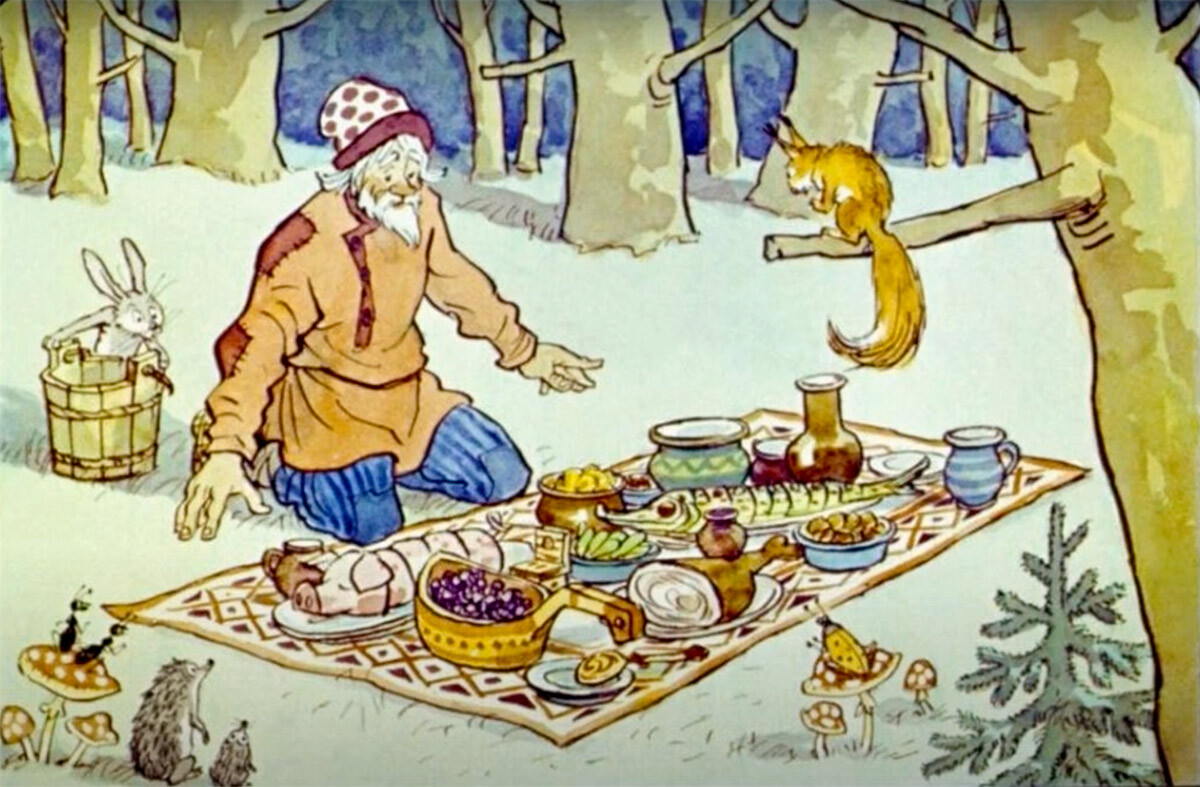 A tablecloth that serves breakfast, lunch, dinner and a light snack by itself, with the help of a voice command. In Russian, it’s called “skatert-samobranka”. This word comes either from the word “brat” (“to take”) or “bran”, which simply means a patterned fabric.

In fact, it also has a terrible meaning. All the food is taken from the dead world, where there is no shortage of anything. That’s why such a tablecloth is most often either for evil characters like Baba Yaga or for kids captured by monsters.

By the way, a similar gadget is also mentioned in old European fairy tales.

Soviet sci-fi writers the Strugatsky brothers very ironically made a parody of fabulous canteens through the image of such tablecloths. 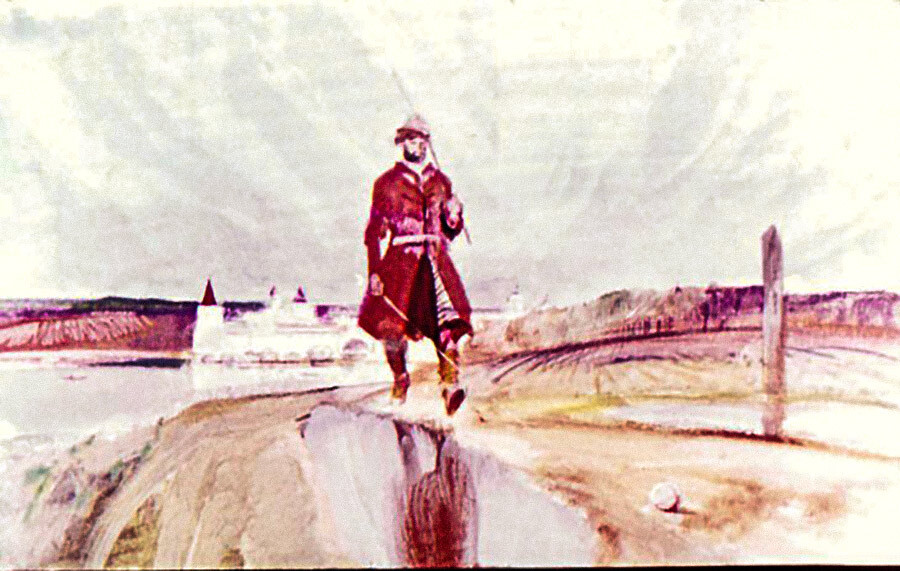 In Russian fairy tales, there is also an analogue of a GPS navigator - via a magic ball. When fairy-tale characters asked where to go, they were often answered: “Go I don’t know where.” And a ball of thread helped them get to this strange place. When it was rolling, it showed the right way and was very convenient. This thing, however, most often led to the afterlife world, where the kidnapped kids were kept.