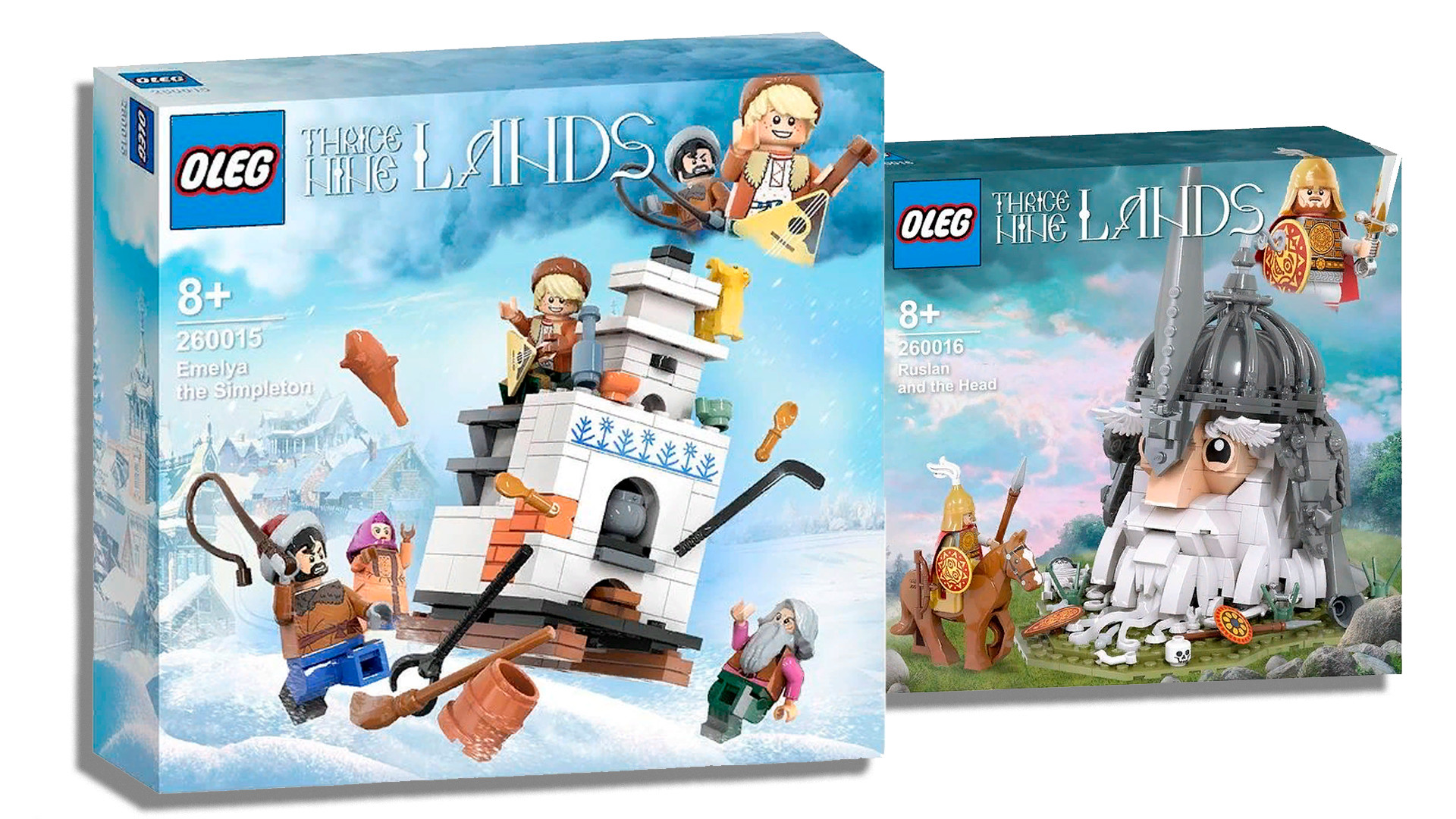 biziaev.artem
A Russian stove, a giant’s head and a pike that grants wishes - every week, a Russian illustrator creates LEGO set concepts that help you immerse yourself in Russian folklore.

One of his first works was a set based on the fairy tale ‘Morozko’, which tells the story of a poor girl named Nastenka’s meeting with Morozko, the main Russian Winter spirit. The set consists of a fabulous winter palace, Nastenka and Morozko himself on a trio of white horses. 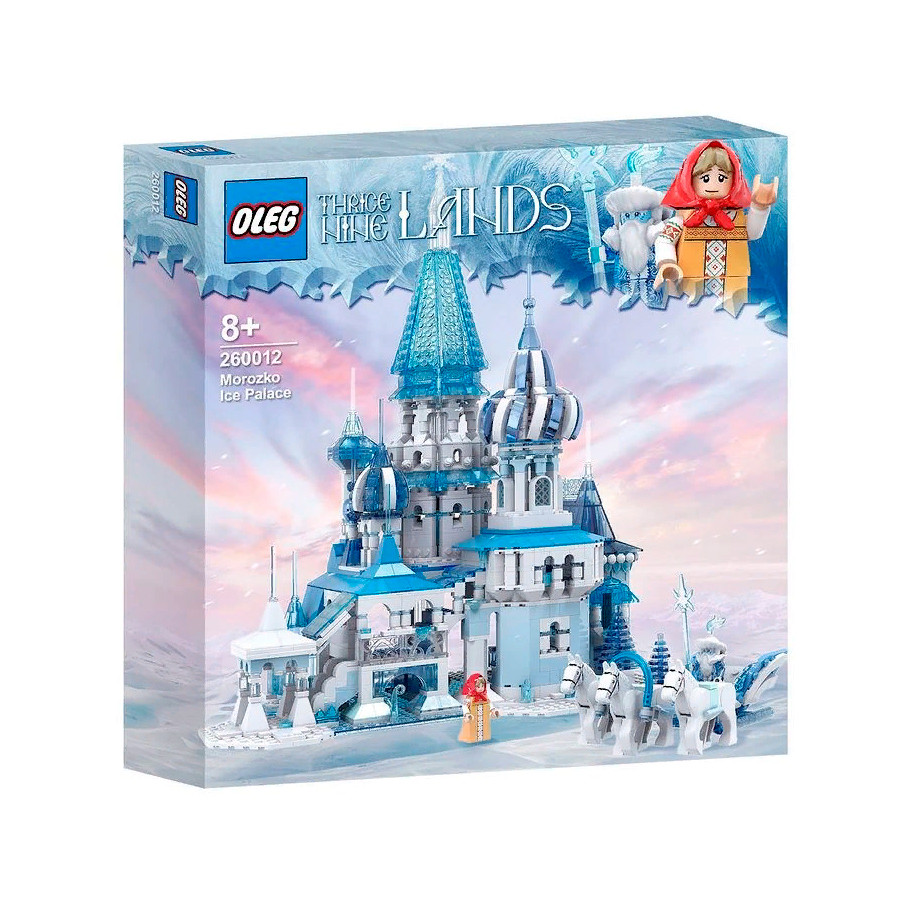 Another set is dedicated to the Slavic forest spirit - Old Man Boletus. 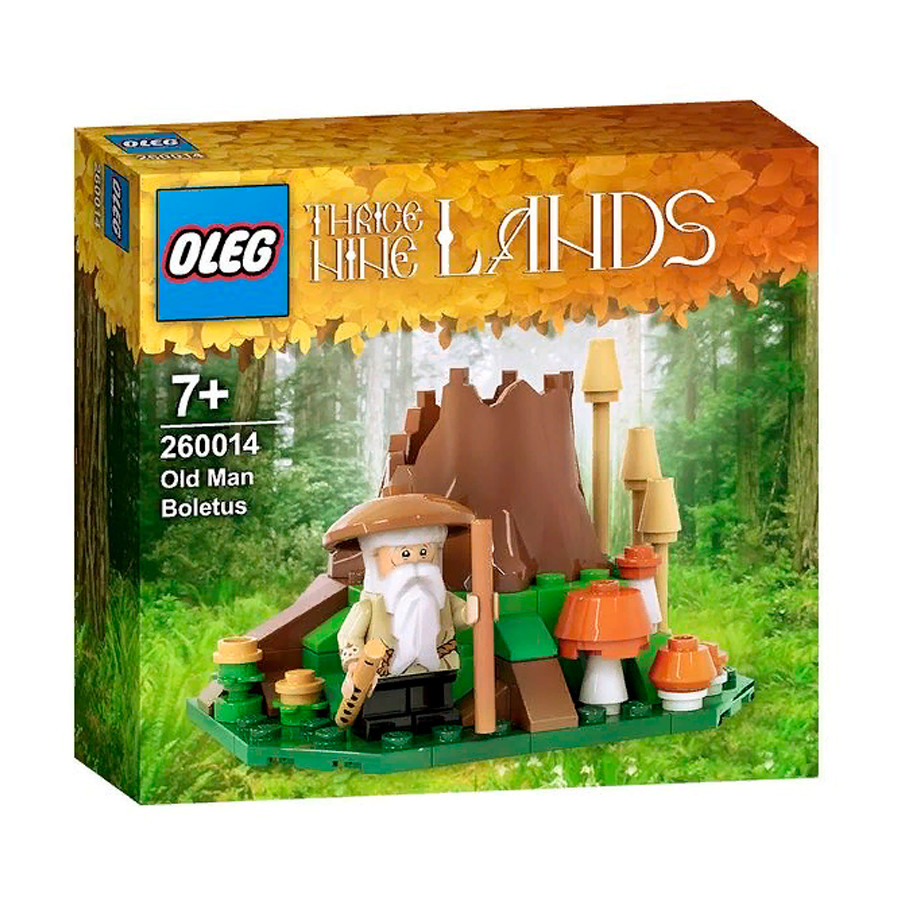 “Old Man Boletus is a forest spirit who is in charge of mushrooms and berries. He looks like a mushroom himself, because he wears a huge brown cap on his head. Also, he has a magic pipe that helps him care for the underbrush,” describes Artem of the character.

Another work by Artem was dedicated to the story of Emelya the Simpleton, who accidentally caught a talking pike in an ice-hole and who told him of a spell that could make any wish come true in return for setting it free. 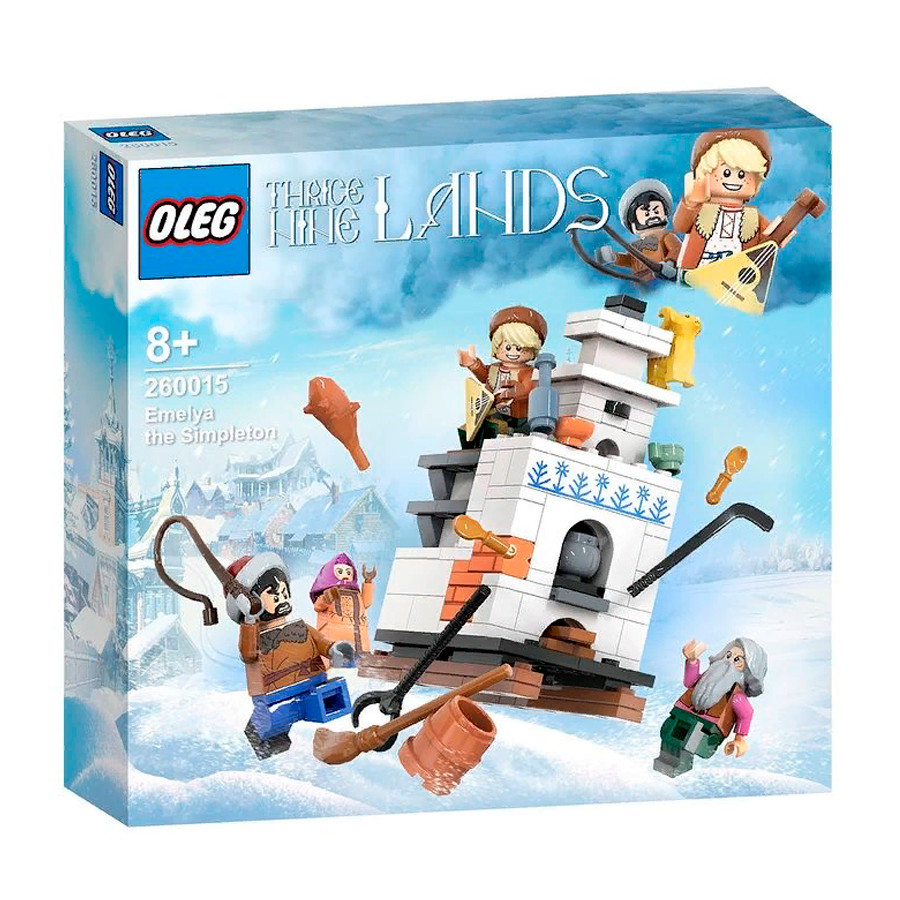 “Now he is having fun to the best of his mind, rolling along the snow-covered streets on the stove and frightening passers-by,” Artem writes.

In the next set, Bizyaev recreated a scene from Alexander Pushkin’s poem ‘Ruslan and Lyudmila’, in which Ruslan meets the head of a giant and finds a magic sword to defeat the Sorcerer and save Lyudmila from him. 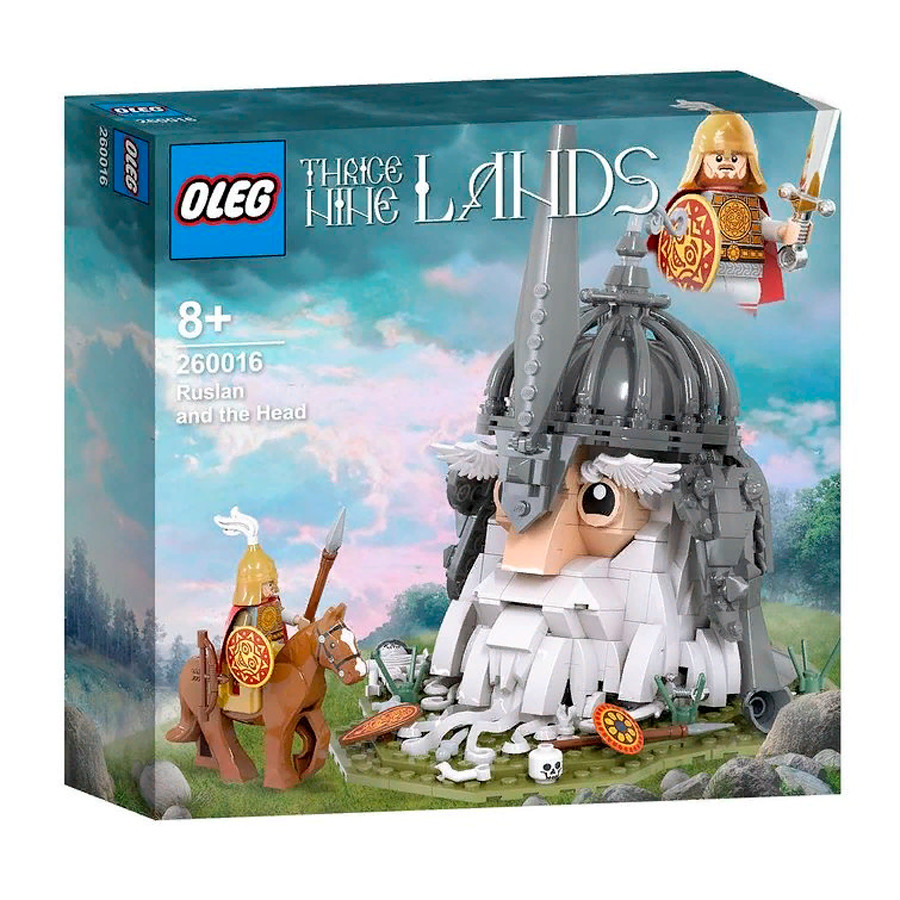 The set with the tent and the battle princess with a sword in her hands is dedicated to the fairy tale of Marya Morevna. In the story, her husband, Ivan Tsarevich, accidentally frees the evil sorcerer Koschei the Immortal, who then kidnaps Marya. Ivan Tsarevich does everything he can to rescue his wife from the clutches of Koschei, but, judging by the concept, she is also capable of standing up for herself. 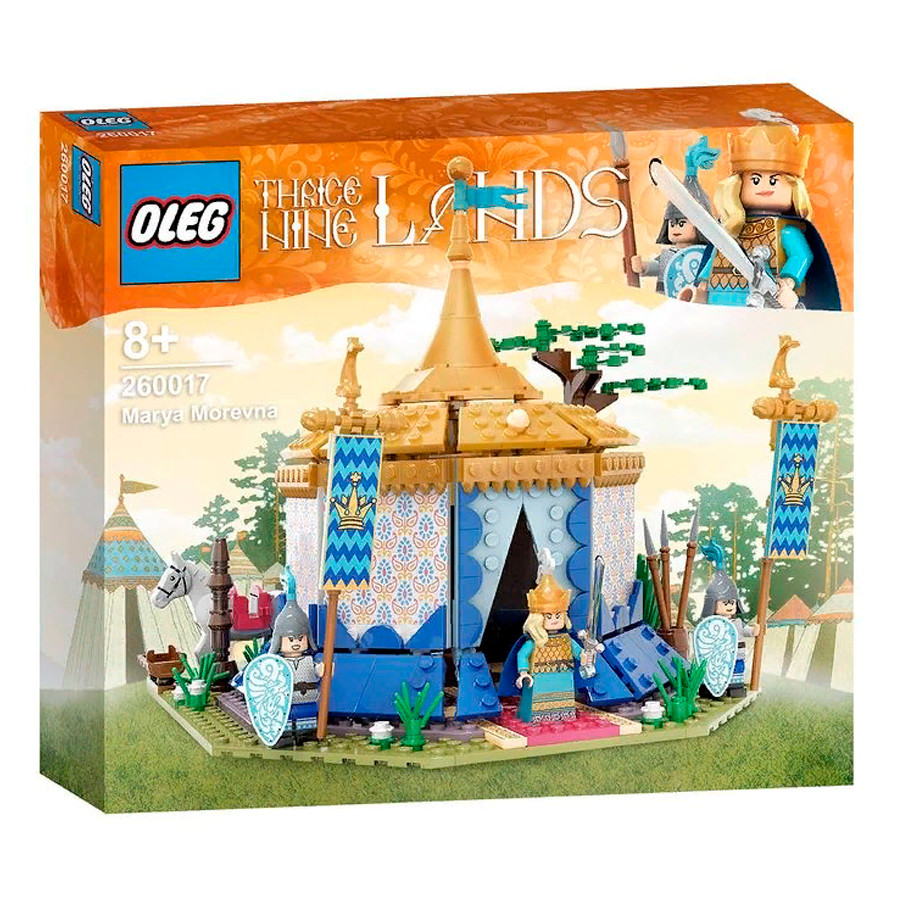 In his latest set, Artem portrayed Koshchei the Immortal, the sorcerer who steals brides and wives. 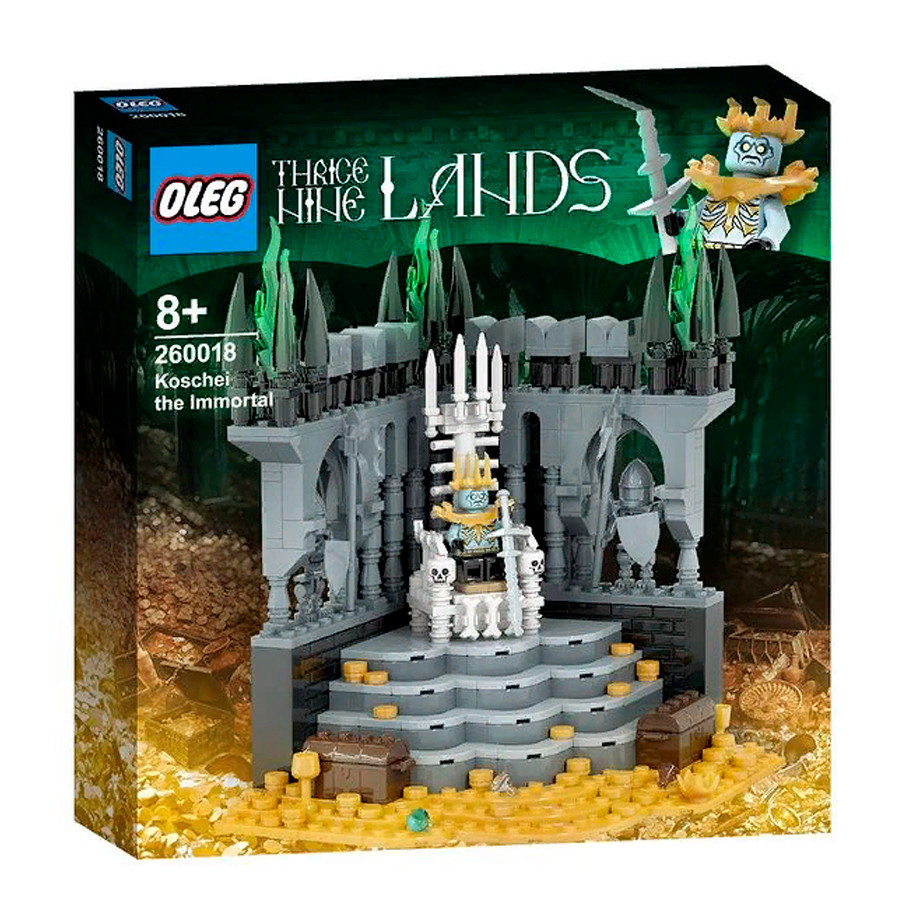 “Although he looks like a skinny old man, he possesses remarkable strength and has a talent for transfiguration. Despite the fact that everyone considers him immortal, you can kill him by completing the quest: find the Buyan Island, get to Blackrock, cut down the Ancient Oak, remove the chest chained from its branches, catch the hare sitting in the chest, catch the duck sitting in the hare, break the egg from the duck and break the needle taken out of the egg,” says Bizyaev, describing the character from Russian fairy tales.

In January 2021, Artem Bizyaev submitted a concept set based on Baba Yaga, another famous witch from Slavic fairy tales, to the LEGO IDEAS website. According to the terms of the contest, the work must collect 10 thousand votes, after which the company would consider the possibility of launching the set for sale.

The Baba Yaga concept set collected the required number of votes in ten days. But, according to Bizyaev, the results of the contest will only be known in September 2021.