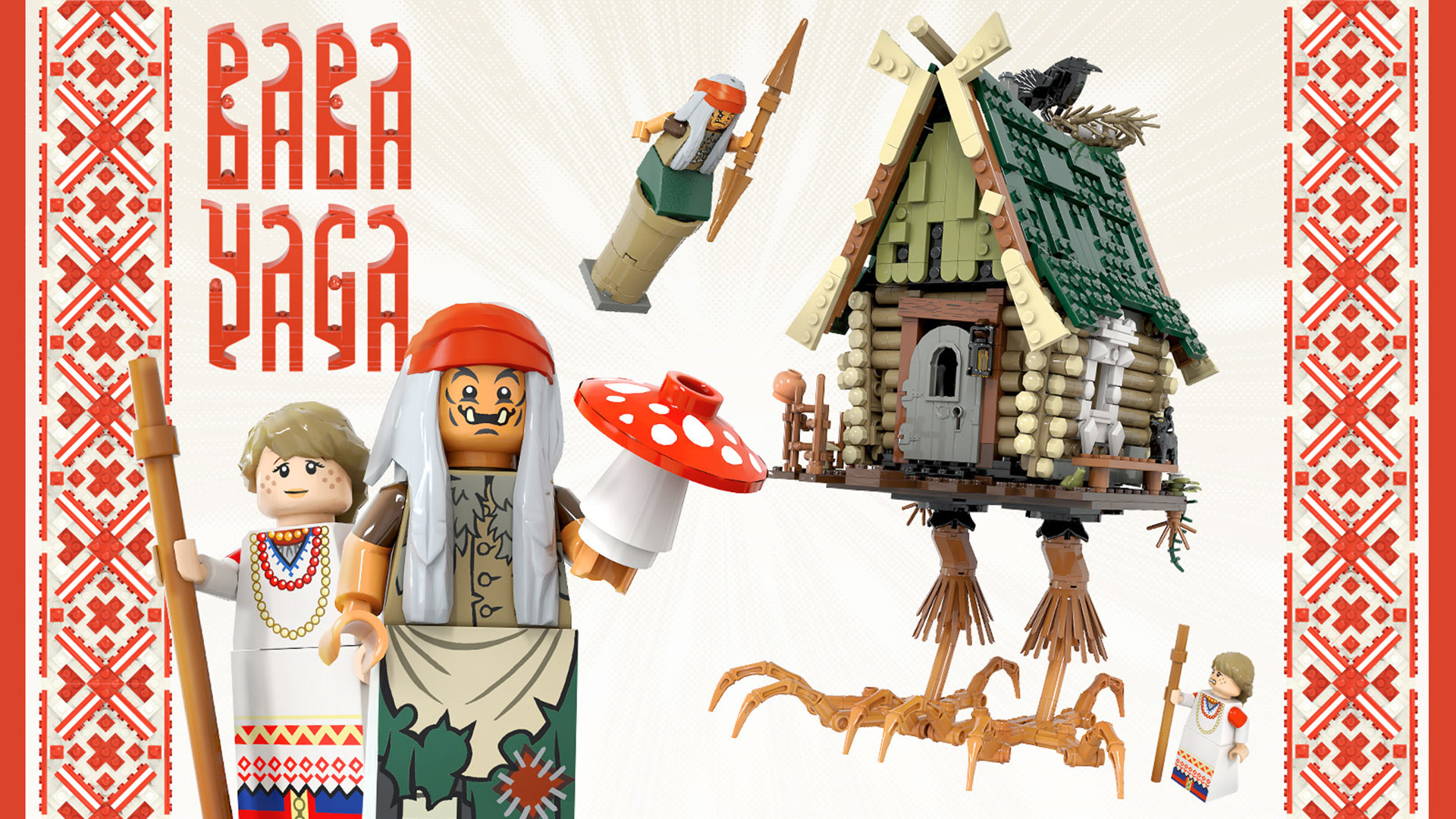 Artem Bizyaev
Baba Yaga, Vasilisa the Beautiful and Bayun the Cat - everything according to the Russian fairy tale tradition. And, yes, this Lego set may well appear in stores soon!

On the Lego Ideas website, Artem Bizyaev, an artist from St. Petersburg, has posted his designs for a building set based on Slavic folklore. 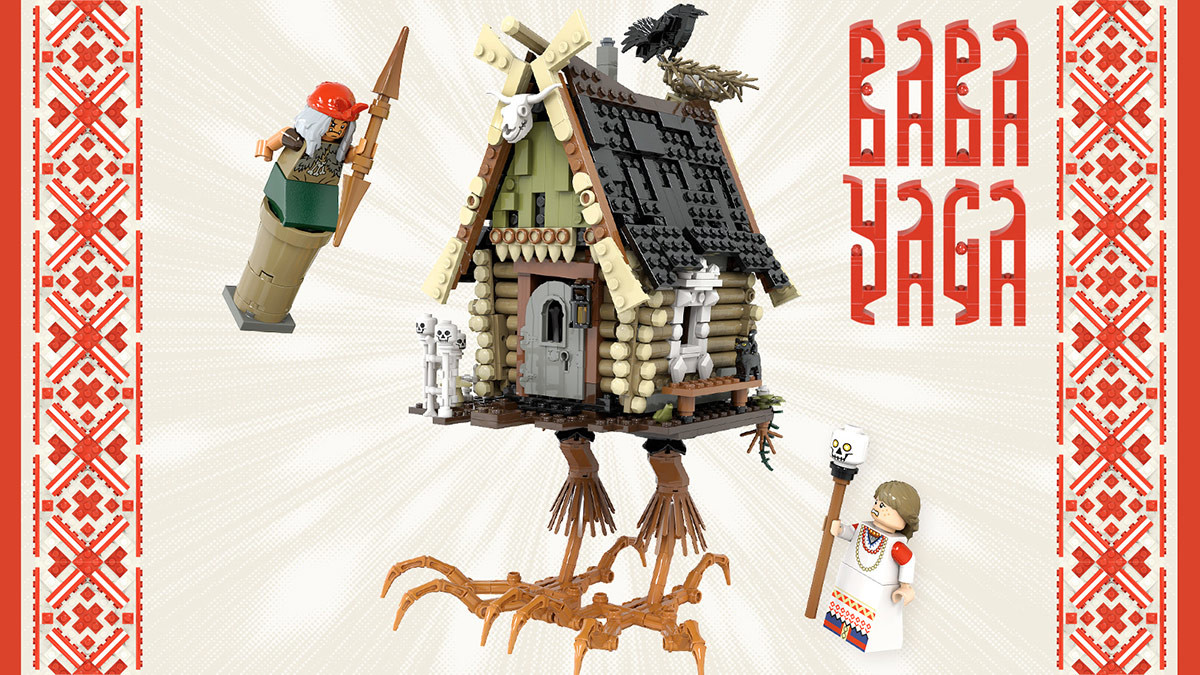 The witch Baba Yaga, with her famous hut on chicken legs and mortar and pestle, in which she rides through the air, is the set’s main character. Inside her house are a stove, an ax and utensils for making potions. 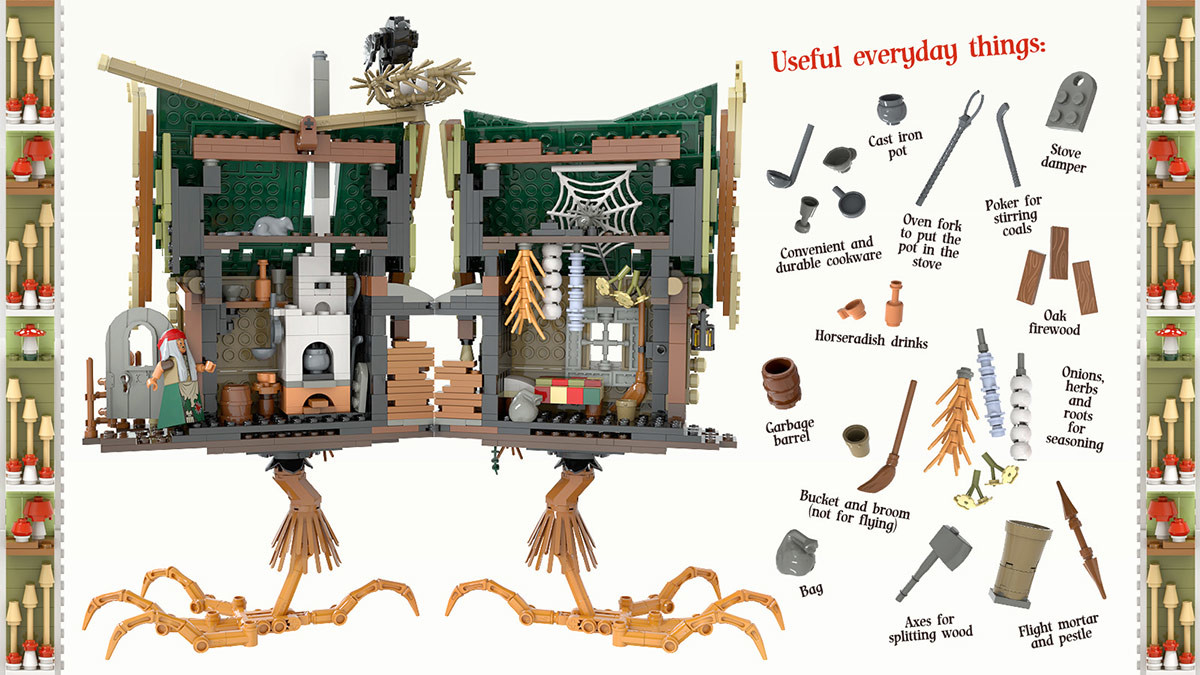 “Let me introduce you [to] the most famous, most charismatic and most adored character in Slavic fairy tales! Baba Yaga! Don’t be intimidated by her terrifying appearance. After all, despite being very nasty, Baba Yaga is fair and is ready to help travelers who come to her forest,” Artem says in a description of the project. 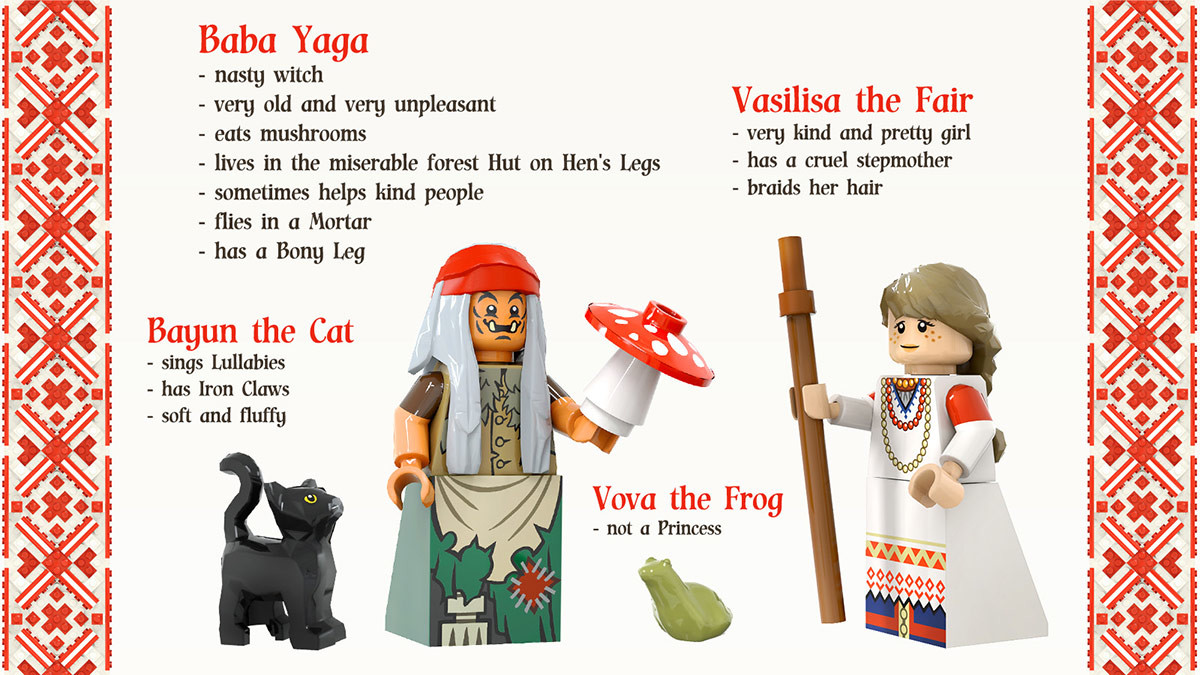 In addition to Baba Yaga, Artem has also included Vasilisa the Beautiful, the fair heroine of Russian fairy tales; Bayun the Cat, who sends people to sleep with his lullabies, and Vova the Frog. In many fairy tales, frogs turn out to be bewitched princesses, but the author explains that Vova the Frog is not one of those - he’s just a frog.

According to Bizyaev, his concept originally looked more “authentic”: The interior of Baba Yaga’s hut contained many more skulls and bones (in fairy tales, they are what is left of Baba Yaga’s hapless guests), but this proved to be too “creepy” for Lego. 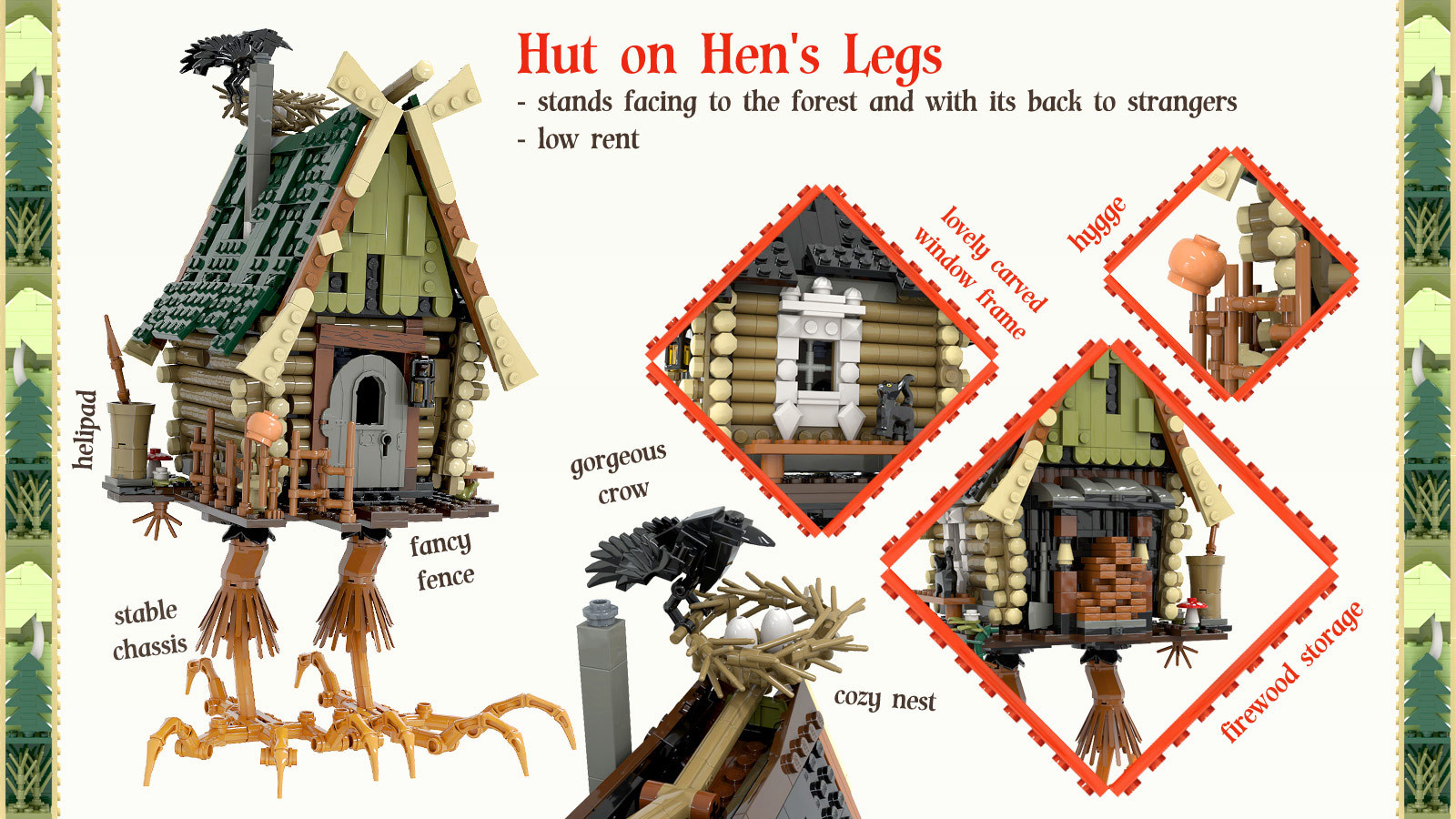 “I also created a canonical hairstyle for Baba Yaga on Blender [the 3D computer graphics suite], but the competition rules prohibit the use of custom parts,” Bizyaev wrote on his Twitter account.

Within 16 hours of posting, the set had gained 10,000 votes of support, so now Lego has to consider approving it for production and putting the set on store shelves.

Later, Bizyaev wrote that Lego had referred his entry to be vetted for artificially generated supporters. 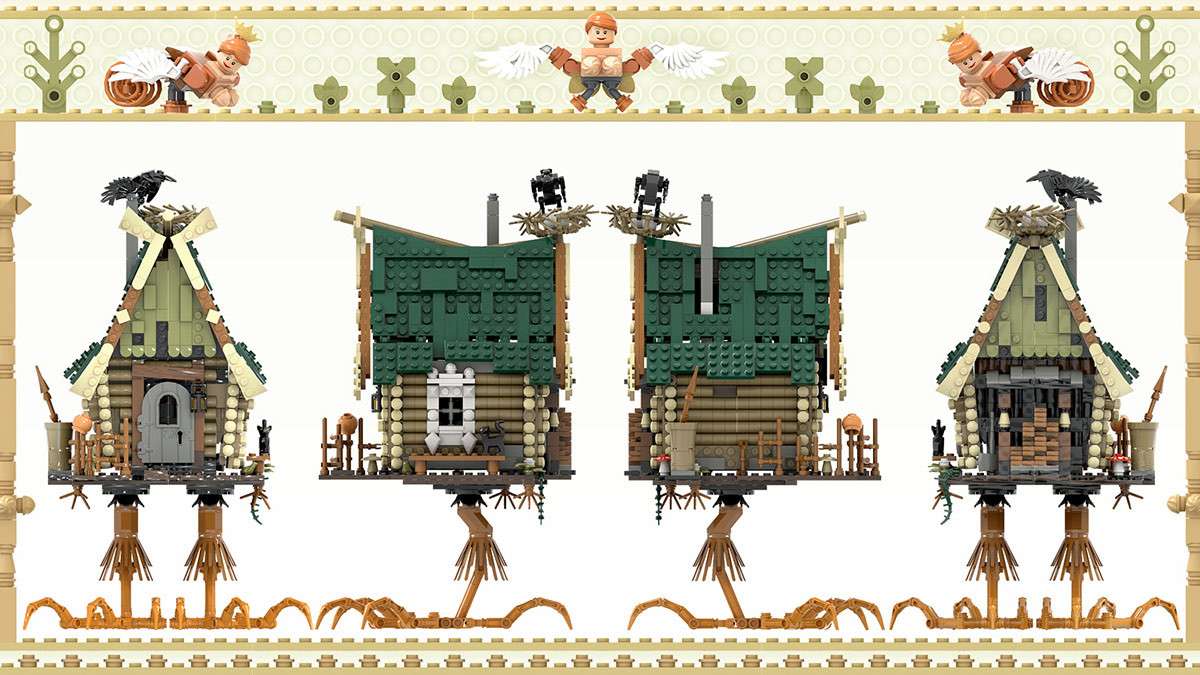 “Lego thinks that evil Russian hackers are behind all this and are checking whether everything was above board. Lol! The Varangians have raided Denmark,” the artist wrote. At the time of writing, neither Lego on its website nor Bizyaev on his Twitter account have published the results of the check