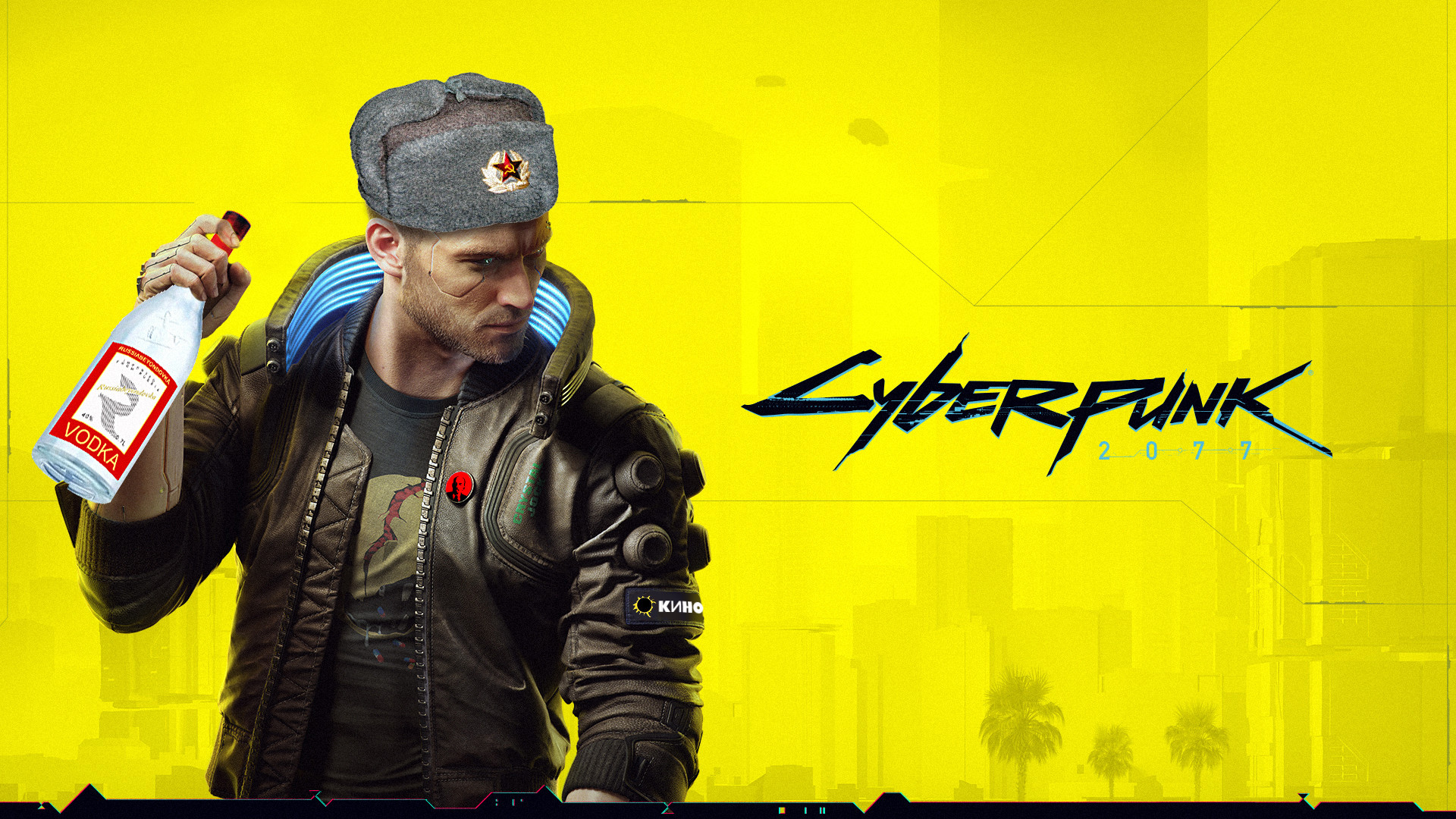 CD Projekt, 2020; Alena Repkina
The developers of the long-anticipated and much-hyped new computer game, Cyberpunk 2077, made by the Polish studio CD Projekt RED, took so much effort in creating the game's world that one is tempted to spend hours studying its every detail. This is exactly what Russian gamers and gaming media did, and discovered several unexpected allusions to cult Soviet and Russian films, musicians and bloggers.

Twitter user @darxtorn found a reference to a film by the great Russian director Alexey Balabanov, “Brother 2”, where the main character, Danila Bagrov, tells an American villain: "I think that strength lies in the truth: those who are true are stronger! Look at you: you cheated somebody, made some money, but have you become stronger?"

These famous lines are said by the bodyguard of a Russian fixer in a hotel in Night City, in the game’s Fixer, Merc, Soldier, Spy gig.

READ MORE: 6 dark films by Alexey Balabanov that you need to watch 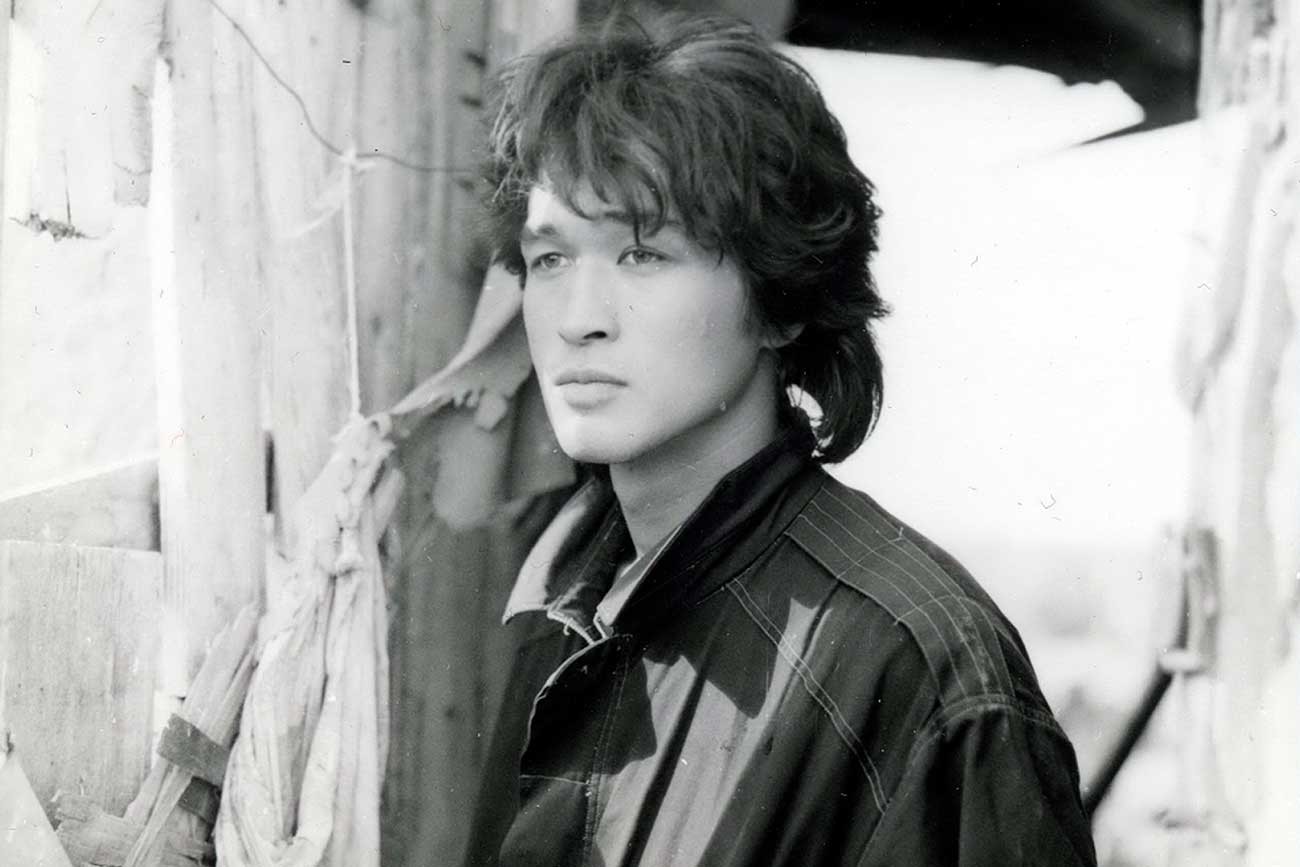 Another Easter egg can be found right in Mega Tower 10, in the apartment of the protagonist, V, notes Alexey Yegorov on Kanobu.ru. To spot it, leave the apartment, turn left, then right, and on the left wall in the corridor is a huge graffiti inscription that says: "Tsoi is alive". 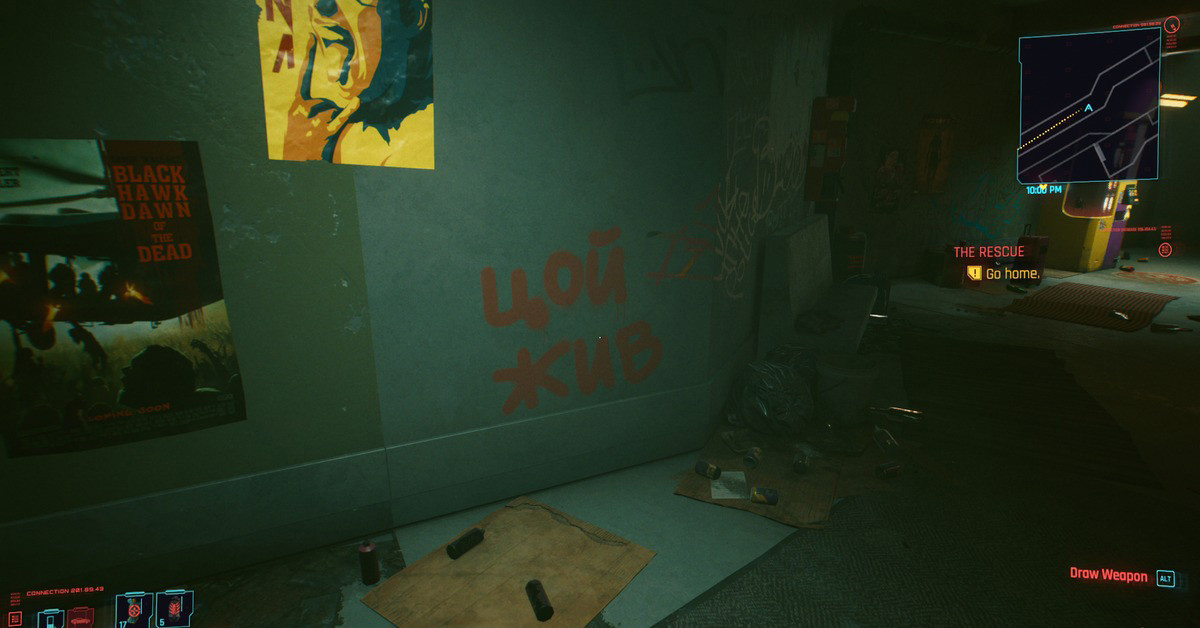 This is a reference to Viktor Tsoi, the legendary Soviet rock musician and lead singer of the Kino rock band, who died in a car crash in 1990. As a tribute to his memory, the inscription, "Tsoi is alive", can be found on the walls of many apartment blocks across Russia and even on a wall in the very heart of Moscow. 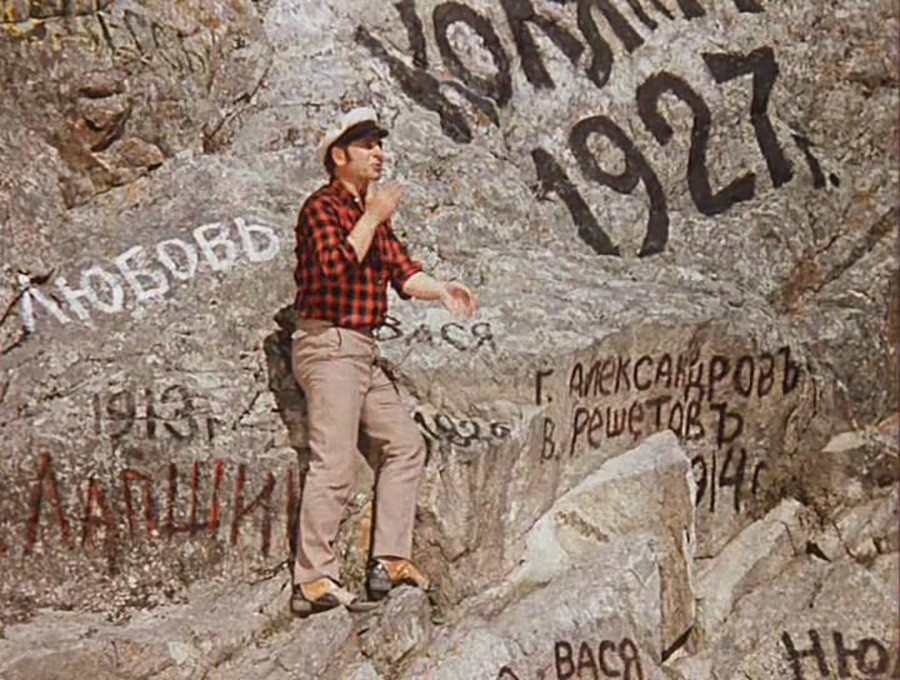 The game developers also allude to a popular Soviet comedy, “12 Chairs”, in which the main characters, Ippolit Matveyevich Vorobyaninov (Kisa) and Ostap Bender (Osya), are on a hunt for diamonds hidden inside a lost chair. 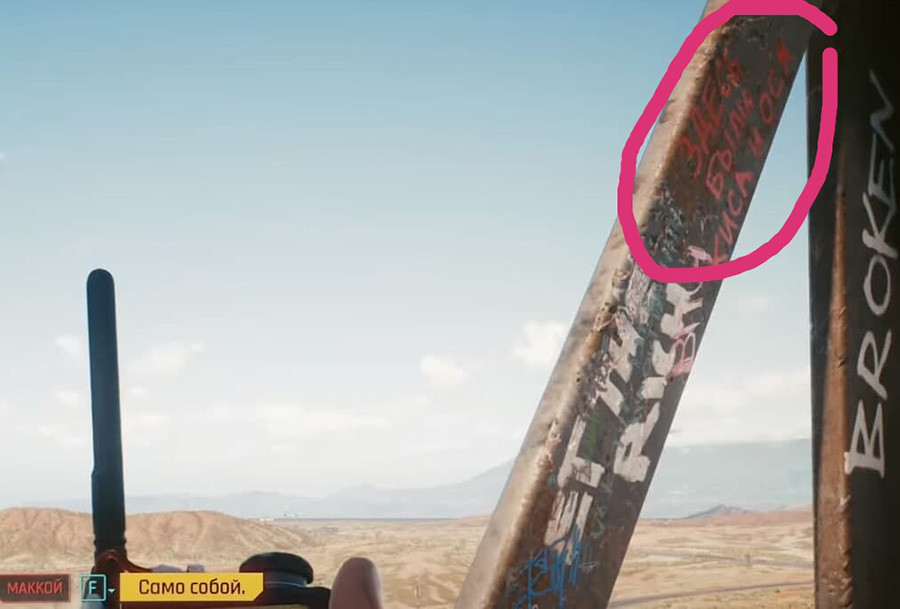 This Easter egg can be found at the game’s very start: you need to leave the garage, go to the radio tower, look up and you’ll see "Kisa and Osya were here" written on one of the beams. In the book, the two characters left a similar 'autograph' on a rock during one of their travels.

READ MORE: Ilf and Petrov: The USSR’s funniest and most daring writing duo

4. A joke about a mistake during vote counting in a Russian election 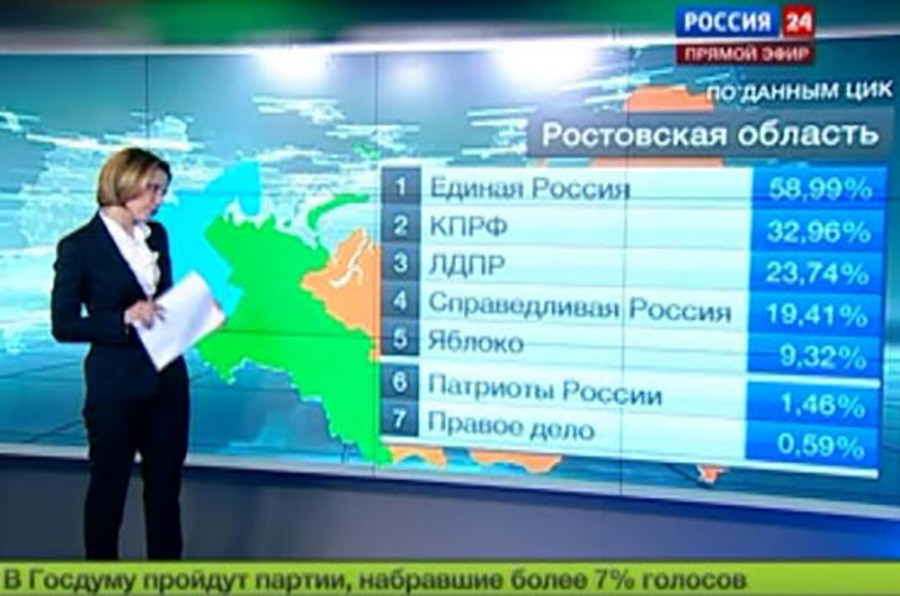 In the game, players can scan cars to find out more details about the game's world. The description to one of the cars of the Kaukaz corporation says that the magazine, Stakhanovite, has named it ‘Car of the Year’ five times in a row because it consistently garnered 146 percent of the popular vote. 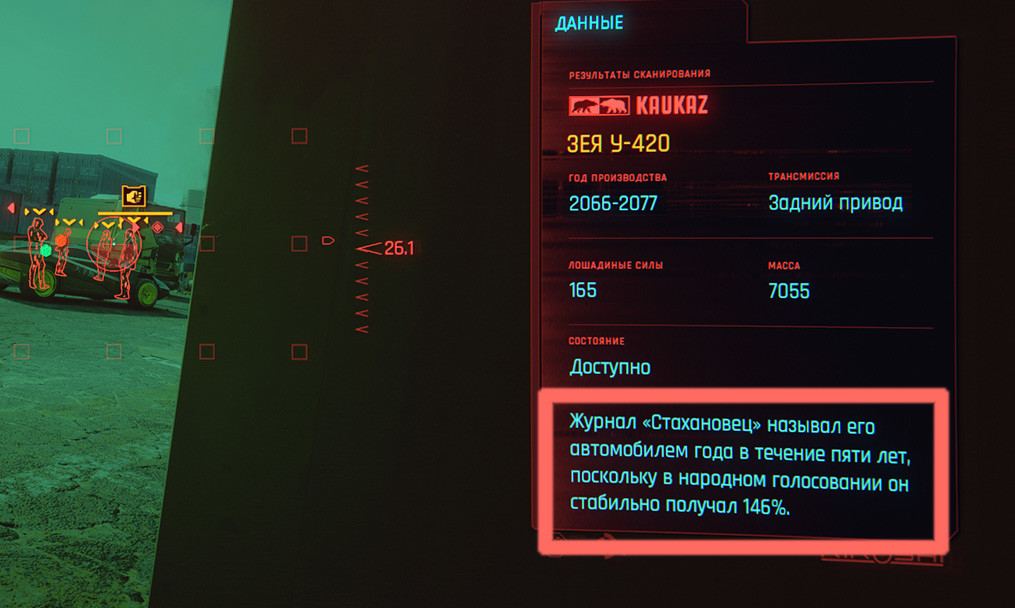 In a post-election broadcast in 2011 on the state news channel Rossiya 24, when journalists were summing up the results of an election to the State Duma, they announced that in the Rostov Region the voter turnout had been 146 percent. Later, officials from the Central Electoral Commission explained there had been a technical glitch, but ever since then the figure ‘146 percent’ has become a popular Russian meme. 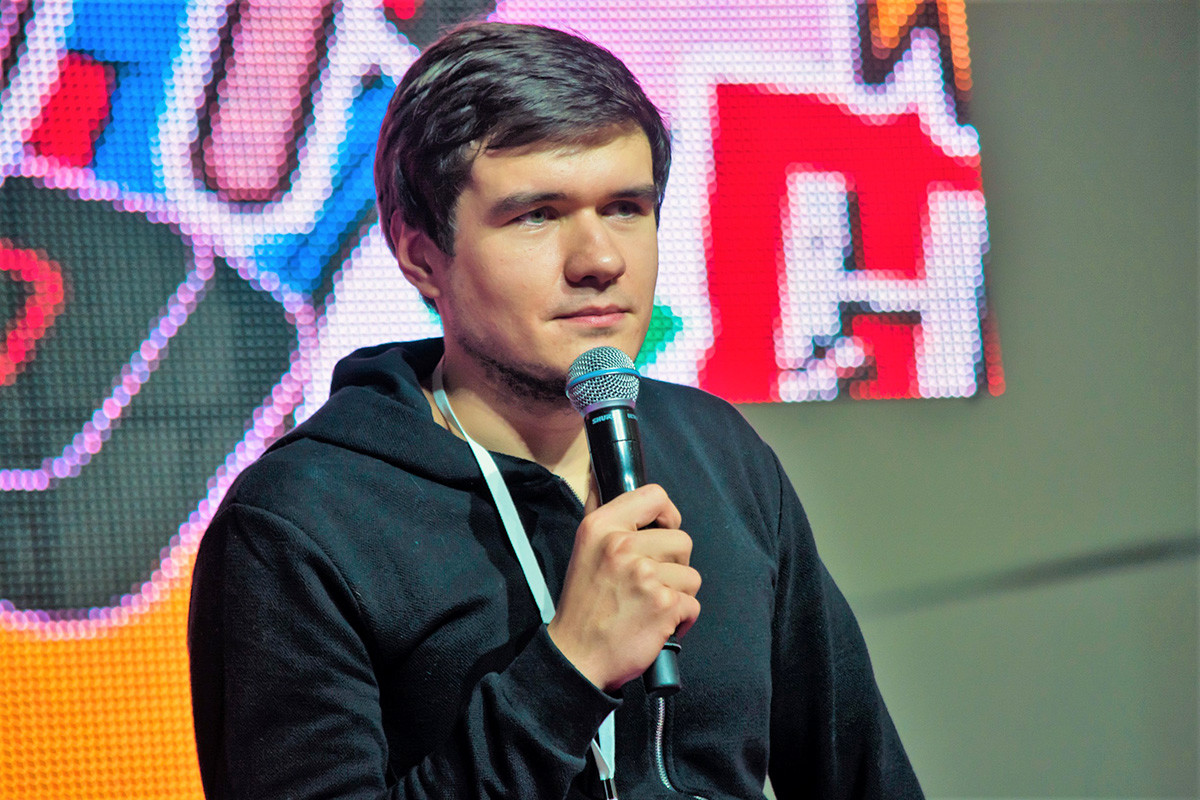 One of the most popular bloggers on the Russian segment of YouTube goes by the name ofBadComedian, (his real name is Evgeny Bazhenov), and he reviews bad Russian films.

Gamers and the blogger's fans are convinced his image features in a poster in the game where a TV showman promises viewers to "knock the devil" out of them. 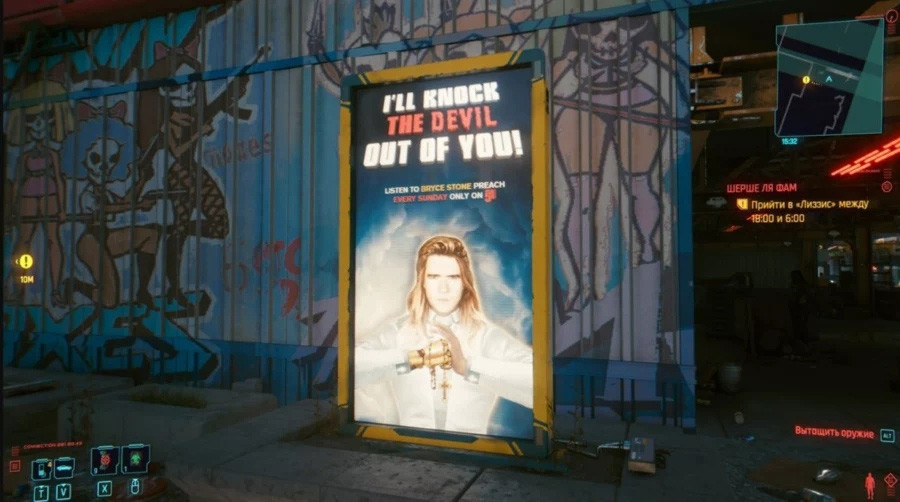 In addition, gamers have spotted Bazhenov's name, as well as the name of another Russian blogger, Stas Davydov, in the game’s end credits. The bloggers voiced over some of the characters in the game’s English-language version, but it’s not yet clear which specific characters.