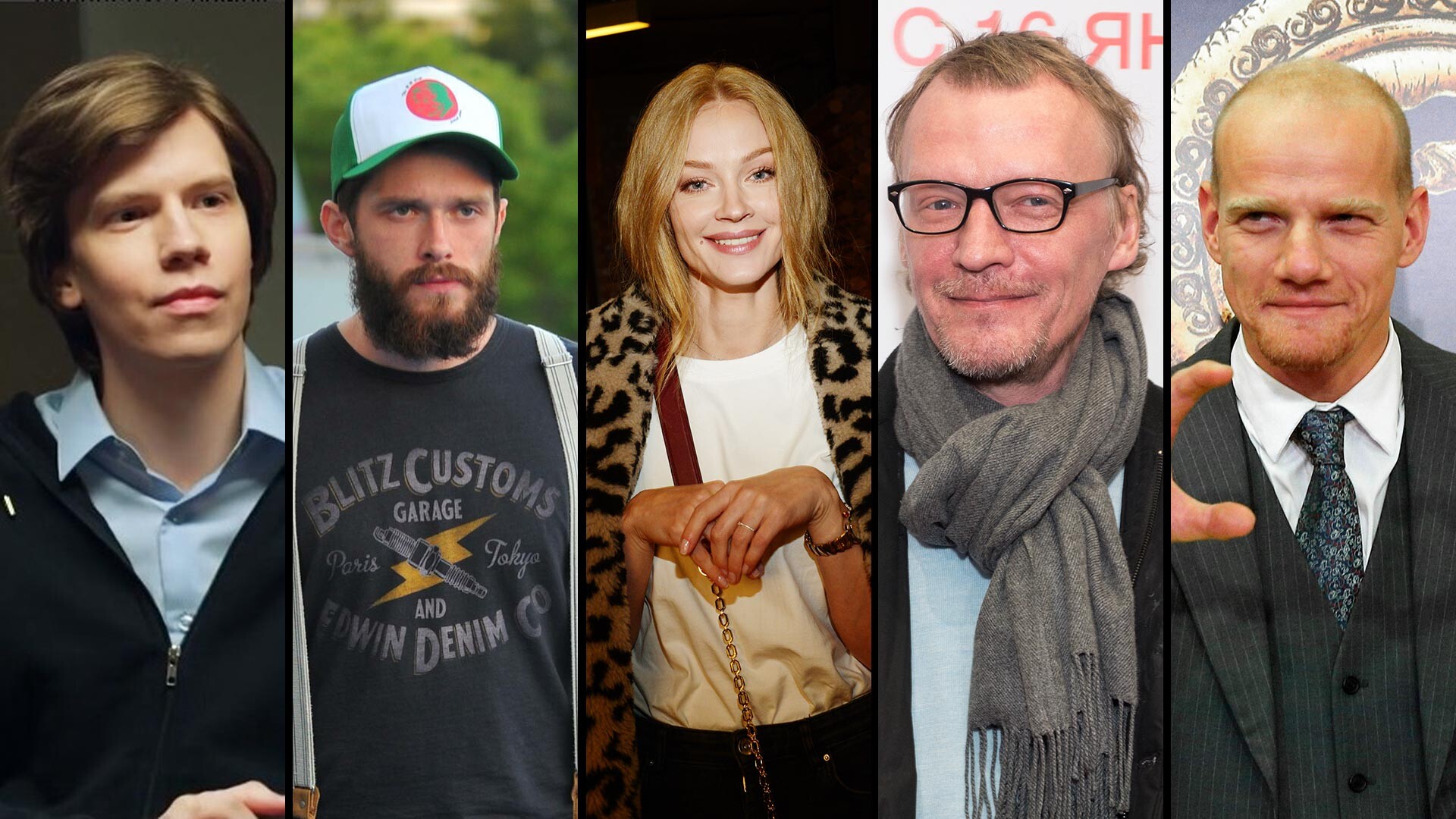 Andrei Golovkov/Star Media, Anatoly Lomokhov, Vadim Tarakanov, Komsomolskaya Pravda, AGN Moskva/Global Look Press
‘The Undeclared War’ TV show about the near future, where British intelligence fights Russian hackers, was released on UK’s Channel 4. One of the main characters in the show was played by young actor German Segal from Russia. Find out more about him and other Russian actors who have appeared in British projects below. 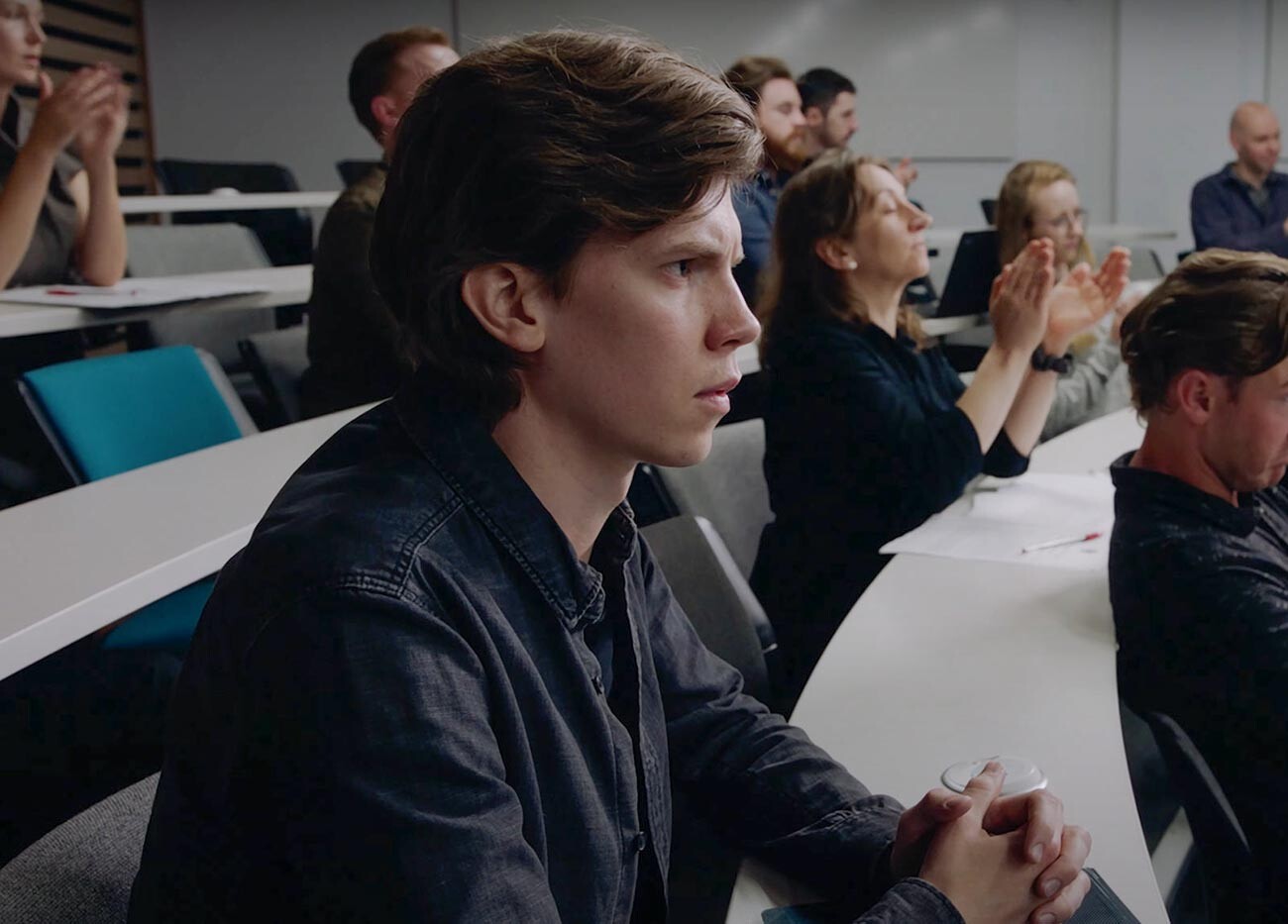 A still from 'The Undeclared War'

Being a graduate of the Moscow Art Theater School and recently turning 27 in June, German Segal has so far been content with minor roles in movies and TV shows in Russia. The role in ‘The Undeclared War’ can be seen as a breakthrough for him. The action of the series is set in the spring of 2024, a year after the resignation of Boris Johnson (the creators have not guessed a bit!). On the eve of local elections, British services, including intelligence, are subjected to hacker attacks. A special branch trainee discovers a trail leading to Russian hackers and a “troll factory” trying to disrupt the election.

Segal’s protagonist is Vadim Trusov, a Russian hacker who studied in Great Britain. He comes from a wealthy family, but still goes to work in a “troll factory” to save money for his education. Despite his undoubted talent, he doesn’t want to be a software engineer. He dreams of becoming an artist. But, in order to earn money to achieve his dream, he has to make compromises and make deals with his conscience.

A still from 'Our Kind of Traitor'

The actor’s breakthrough happened after playing in Timur Bakmambetov’s superhero movie ‘Black Lightning’ (2009). Later, Alexei Popogrebski’s ‘How I Ended This Summer’ (2010), with Dobrygin starring in the main role, was shown at the Berlin Film Festival. Foreign critics saw echoes of Tarkovsky and the Berlinale jury awarded Dobrygin and his colleague Sergei Puskepalis two prizes for the best male role. And it was then that the budding Russian actor was noticed by foreign producers and directors. So, in 2014, Anton Corbijn’s movie ‘A Most Wanted Man’ (co-produced by Britain, Germany and the U.S.) starring Dobrygin was released and, in 2016 - the big screen adaptation of the truly British spy novel ‘Our Kind of Traitor’ directed by Susanna White.

Both movies are based on the works of John Le Carré and, in both, Dobrygin got the role of a controversial Russian. In ‘Our Kind of Traitor’, he plays Petrov, the head of the Russian mafia abroad, nicknamed Prince. The character is getting rid of his old compatriots, who try to resist and surrender compromising information about him to MI6. One such is a Russian oligarch and mafia member played by Stellan Skarsgard, while Damien Lewis acts as an MI6 agent. 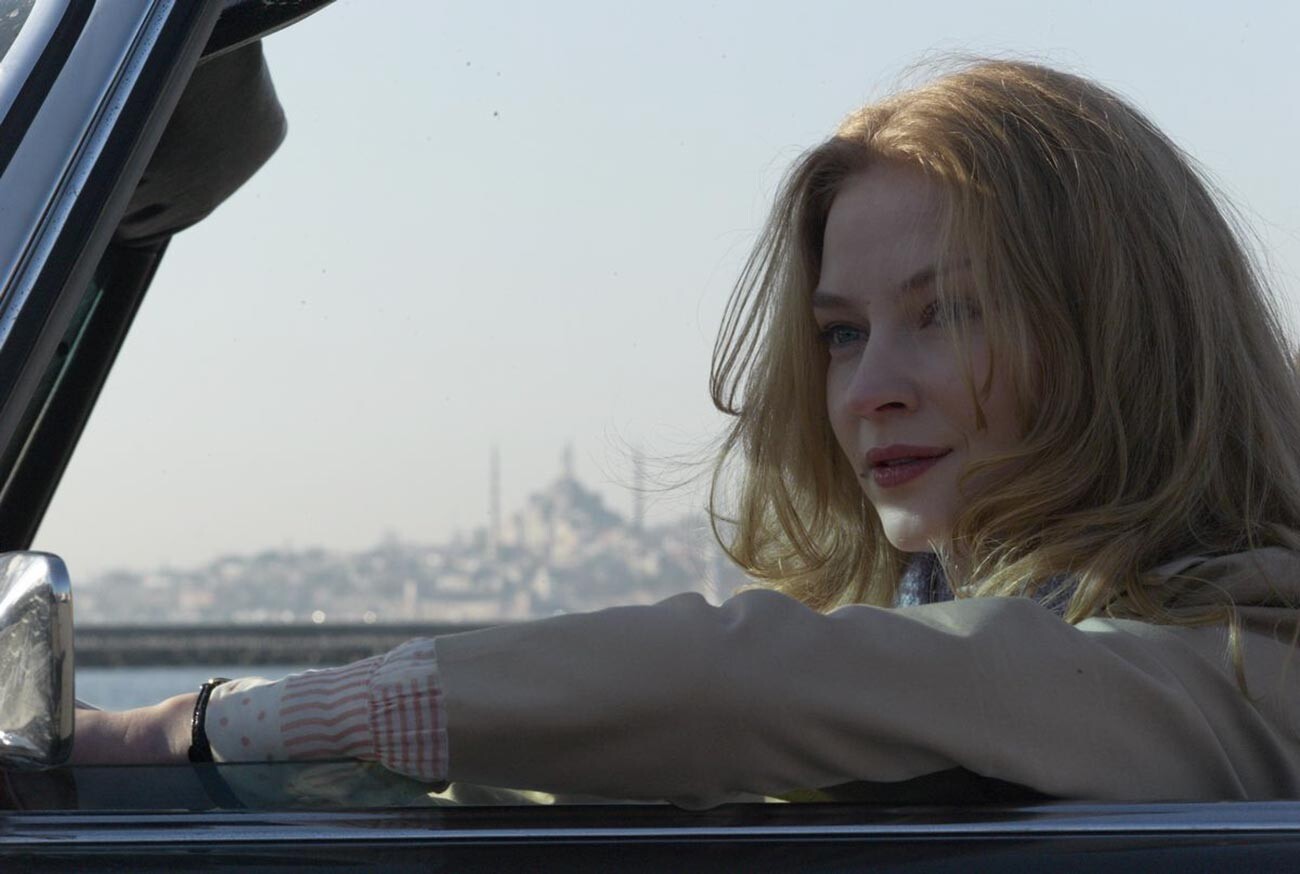 John Le Carré, a fan of Cold War stories, became a guide to the world of British cinema for many Russian actors. So, in 2011, a movie by Swedish director Thomas Alfredson with Garry Oldman in the main role premiered at the Venice Film Festival. It was co-produced by Britain, France and Germany and one of the roles was played by the Russian actress Svetlana Khodchenkova.

The heroine Irina she plays is an episodic, but important character. It was she who told MI6 about a traitor. The foreign debut became a landmark in Khodchenkova’s career. It was after ‘Tinker Tailor Soldier Spy’ that she got a role in ‘The Wolverine’ (2013) movie, where she played Viper, or Dr. Viper, a longtime antagonist of Hugh Jackman’s character. 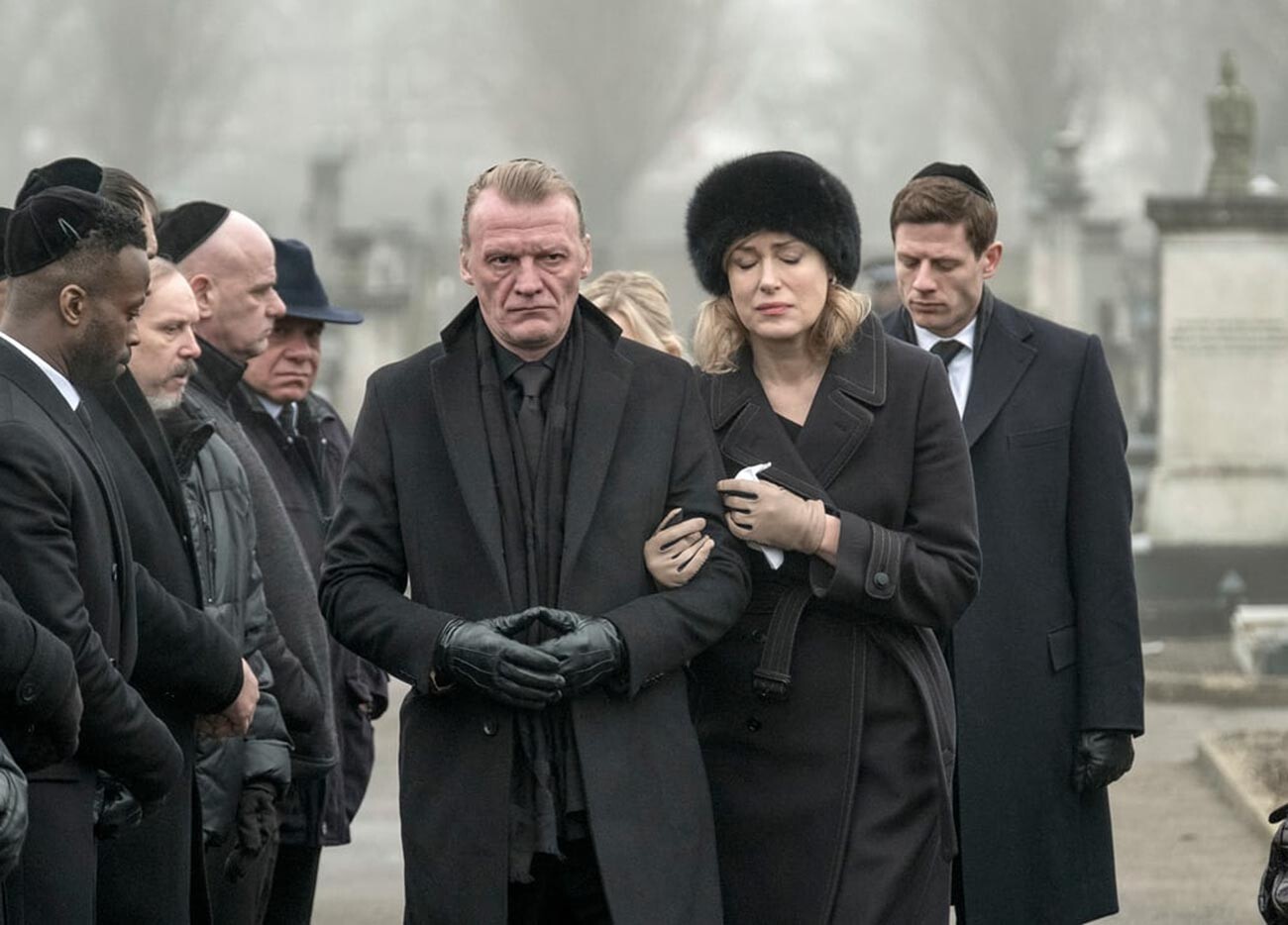 A still from 'McMafia'

Alexei Serebryakov became known to foreign audiences in 2014, after Andrei Zvyagintsev’s ‘Leviathan’ movie that won the best screenplay prize at the Cannes Film Festival that year. Serebryakov played the main role of car mechanic Nikolai Sergeyev, who resists a corrupt mayor that wants to take his land and house for a penny and comes into open court conflict with him. Many spectators, both in Russia and abroad, remembered Serebryakov’s character not only for his fight for justice, but also for his vivid scenes of drinking vodka.

With the same kind of thing, he acted in the British miniseries ‘McMafia’, released in early 2018. He played fugitive oligarch Dmitri Godman, a father of the main character Alex (played by James Norton). Godman is missing his homeland so much so that he not only drowns it with alcohol, but also is ready “to give all the money to the Kremlin” for the right to return to Russia. But these plans are not destined to come true. 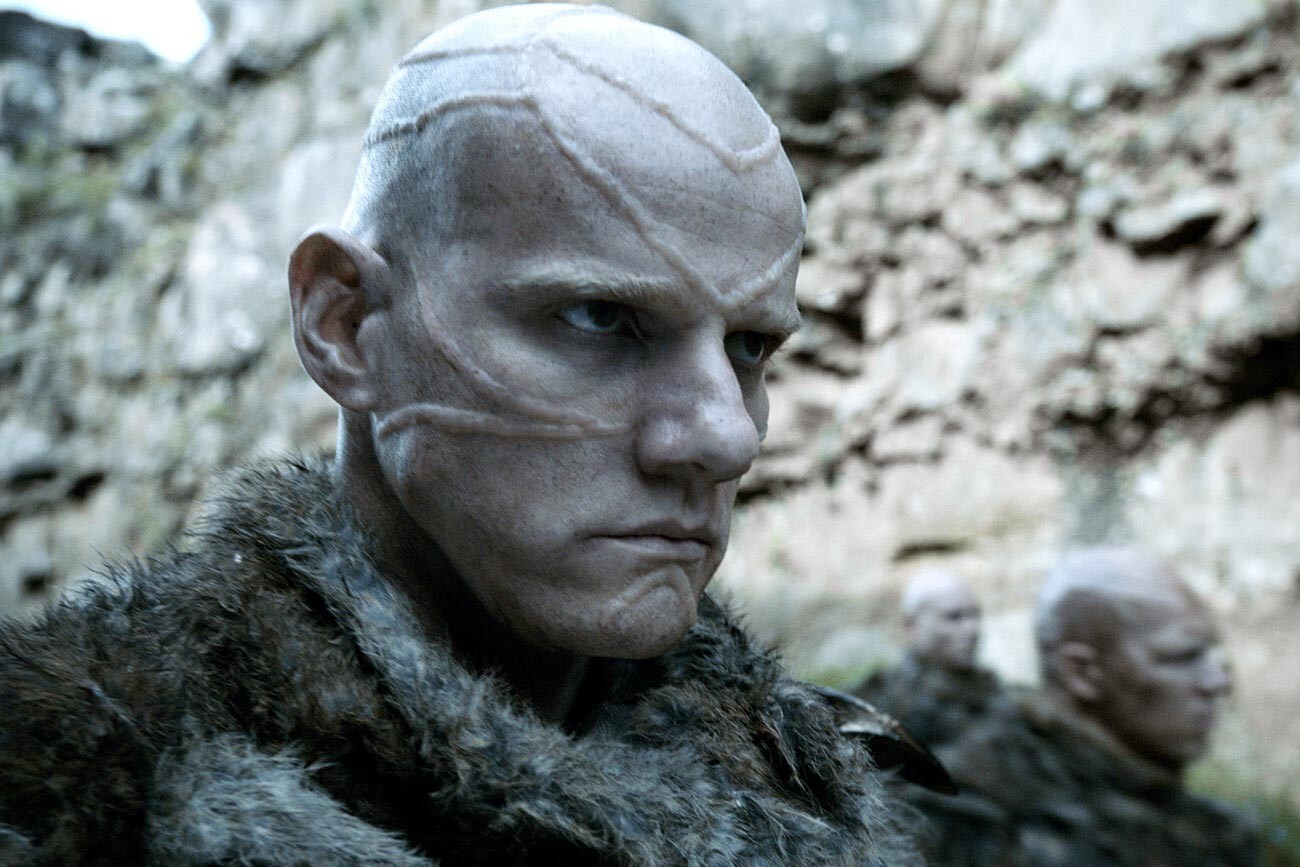 A still from 'Game of Thrones'

The most popular HBO project and main series of the last decade, ‘Game of Thrones’ was filmed in co-production in the U.S. and Britain, so, not without reason, there were opportunities for many British artists. However, it, too, had a “Russian exception”. In the fourth season, the cast was joined by Yuri Kolokolnikov, who played Styr, the leader of the Thenn people, a clan of cannibalistic wildlings.

For the Russian actor, ‘Game of Thrones’ was not his first experience of working in a foreign movie. As a child, he lived in Canada, so he never had difficulties with the language. Nevertheless, he decided to build a career in Russia and it began with director Kirill Serebrennikov and his ‘Diary of a Murderer’ series and ‘Sweet Bird of Youth’ theater play.

Along with working with Russian directors, Kolokolnikov participated in foreign projects. For example, in Joseph Weissberg’s ‘The Americans’ (2013-2018), Patrick Hughes’ ‘The Hitman’s Bodyguard’ (2017), Michael Bay’s ‘6 Underground’ (2019) and even Christopher Nolan’s ‘Tenet’ (2020). Unlike ‘Game of Thrones’, he had to play mostly Russians, however.