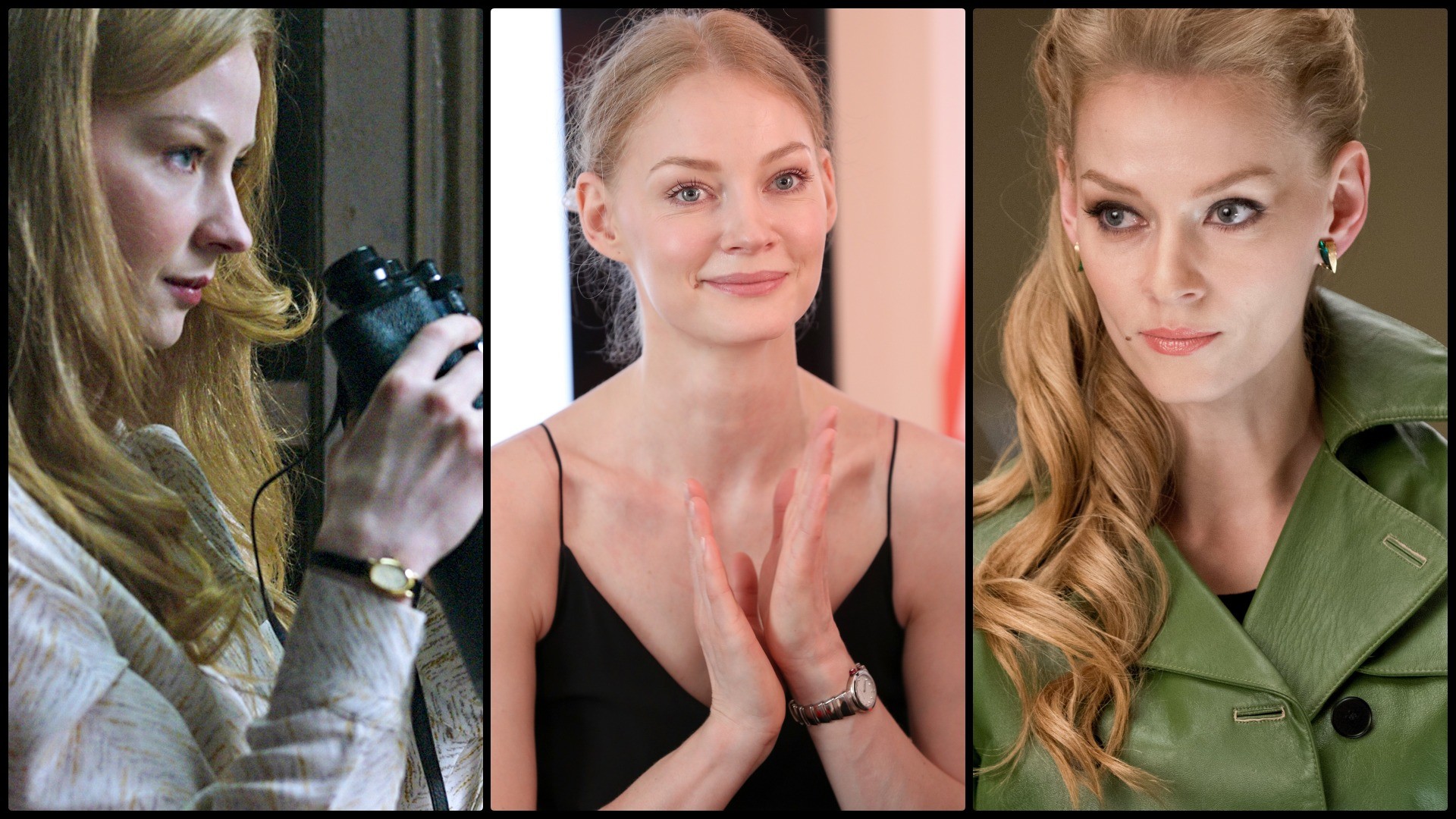 Andreas Rentz/Getty Images; Legion Media
Shooting of a new adaptation of Leo Tolstoy's classic novel, Anna Karenina, is underway. The main role will be played by Svetlana Khodchenkova, who has already starred in Hollywood alongside Gary Oldman and Hugh Jackman.

“Socialite Anna Karenina, the wife of the soon-to-become governor of St. Petersburg, enters a life-changing love affair with Vronsky, the dashing heir of an aluminum empire.

<...> Set between cosmopolitan Moscow, historic St. Petersburg and Russia’s rugged countryside, the drama explores themes of passion, loyalty and the irrefutable truth that no amount of riches can save us from love’s ability to either free us or bring us to our doom,” is how the creators describe the plot of the provisionally titled, Anna K, currently being made for Netflix by Russian film studio 1-2-3 Production, whose past credits include Devil’s Pass, To the Lake and The Blackout. The role of Tolstoy's famous heroine belongs to 38-year-old Russian actress Svetlana Khodchenkova. 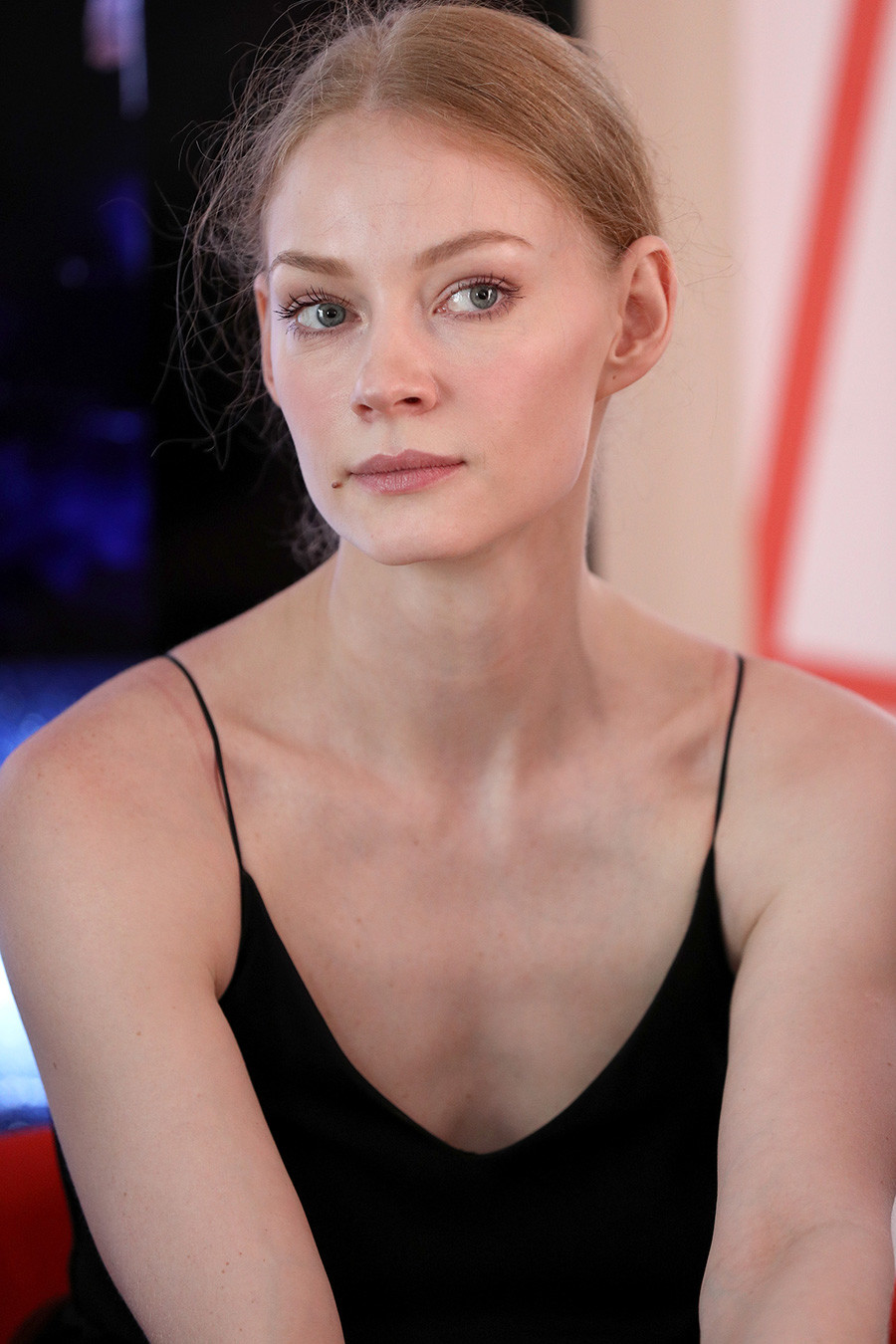 Khodchenkova was born in Moscow in 1983 and grew up in the city of Balashikha not far from the capital with her mother (her parents divorced early). At school, in her own words, she was considered a bit nerdy. Khodchenkova dreamed of becoming an artist, but failed her first audition. So she decided to abandon acting and become a vet. However, shesoon realized that she was squeamish about blood. Then, at the age of 15, she found a job as a model to try to overcome her complexes. 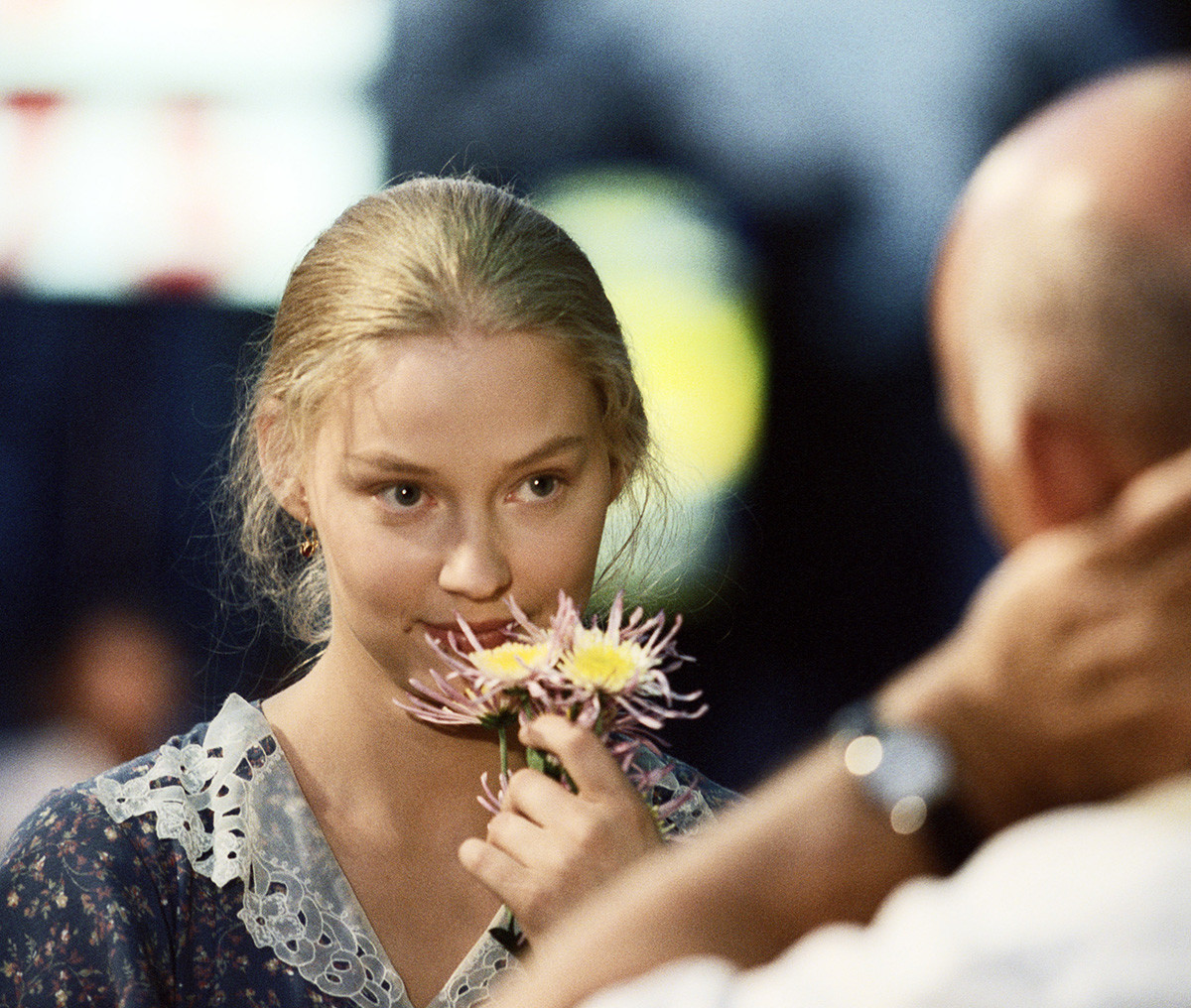 “I was afraid of people, afraid of walking up and saying something, I was scared of asking for the time or directions in the street. Modeling life disciplines you somehow, makes you more grown-up. In addition, I had to work a lot of time abroad, alone, without my mom, initially three months in France, then six in Japan. It took its toll,” recalled Khodchenkova in an interview.

After school, on the advice of her mother, Svetlana entered the Institute of World Economy and Informatization in Moscow. Then she enrolled at the advertising faculty of the Natalia Nesterova Academy, but soon realized that she had again erred in her choice of profession. Remembering her old dream, she finally entered the Boris Shchukin Theater Institute, and in 2003 made her film debut, starring in the military melodrama, Bless the Woman. 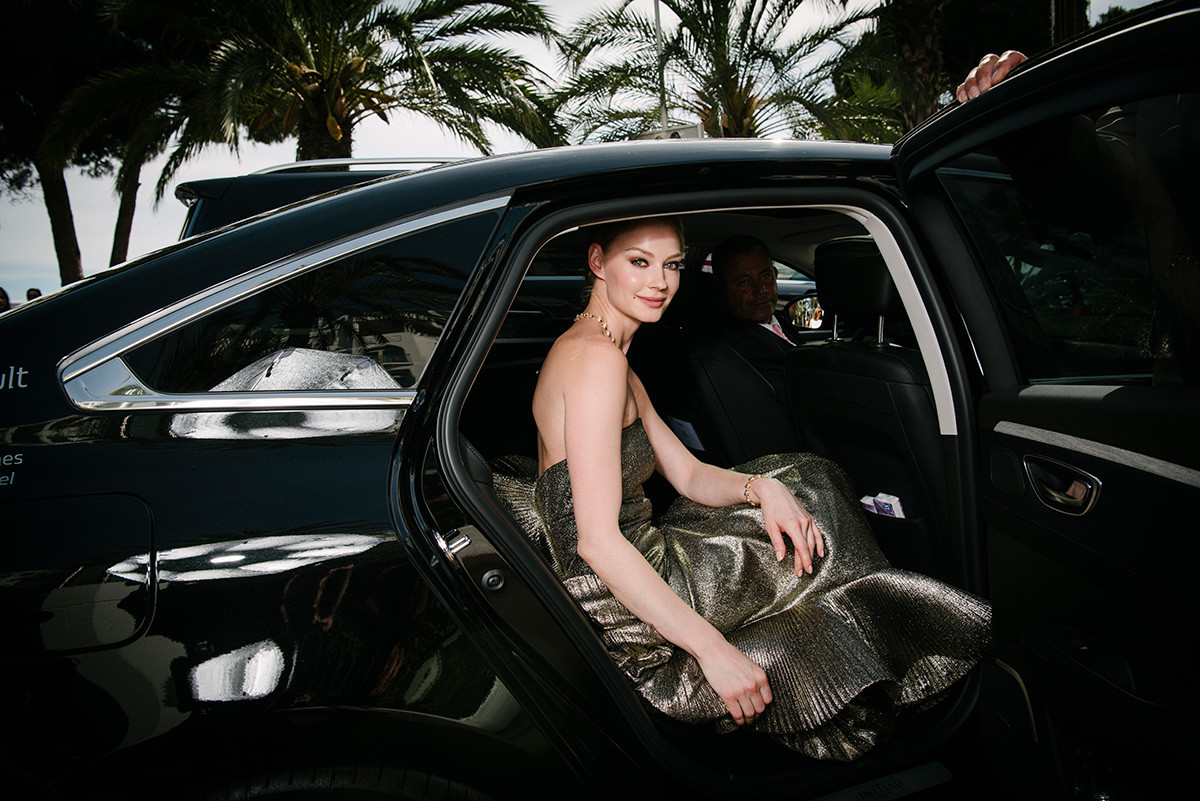 Svetlana Khodchenkova departs the Martinez Hotel during the 70th annual Cannes Film Festival on May 23, 2017 in Cannes, France

After graduation, Svetlana began appearing in Russian drama and comedy films, as well as TV series, finally making her Hollywood debut in the Oscar-nominated 2011 spy thriller -Tinker, Tailor, Soldier, Spy - with Gary Oldman, Colin Firth, Tom Hardy and Benedict Cumberbatch. In the movie, Khodchenkova plays a minor role as a Soviet intelligence officer Irina, who falls in love with a British secret agent.

“My only fear was being cast as yet another ‘Russian blonde.’ I don't know why, but roles for Russian actors in Hollywood are very one-dimensional: bandits and prostitutes. Fortunately, my fears were unfounded,” said Khodchenkova about her part in the movie. 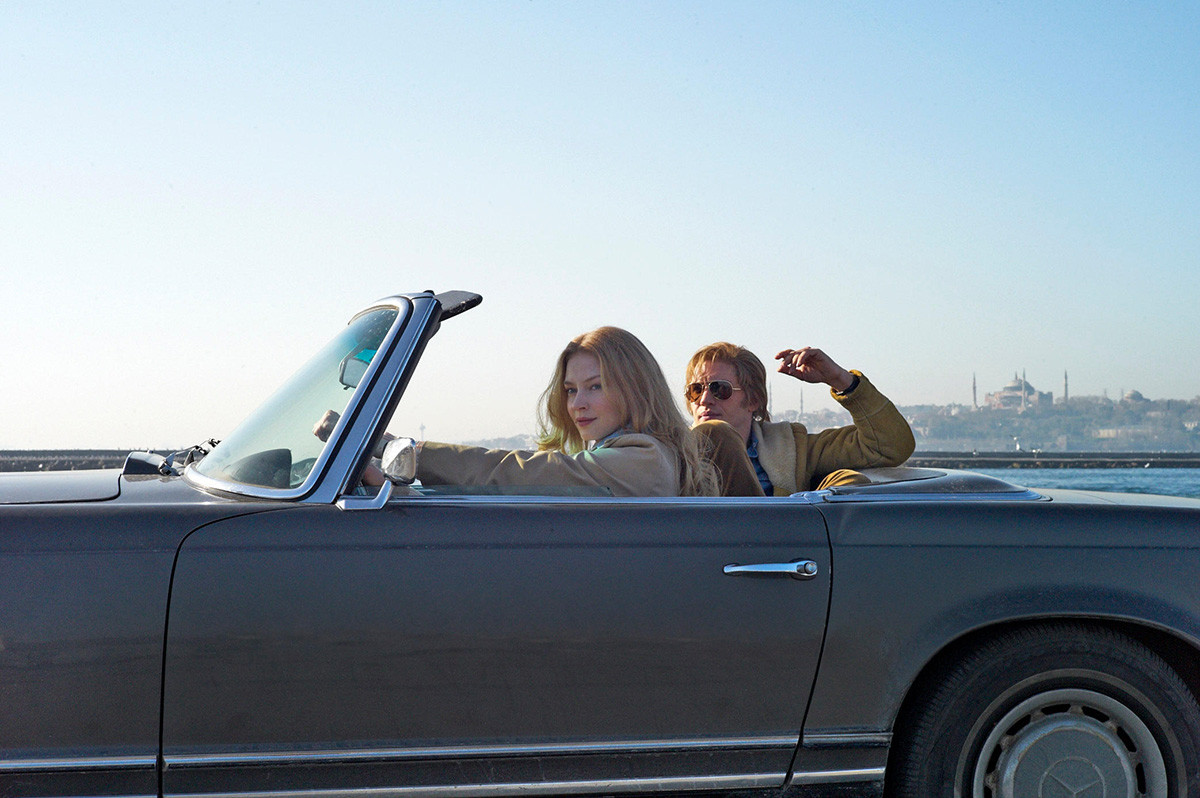 A year later, in 2013, she starred as the villainous Viper in The Wolverine with Hugh Jackman. In her own words, she has no idea why she was chosen for the role. Jackman himself told GQ that Russia should be proud of Svetlana.

“She's an amazingly talented actress. I don’t know if you’re aware, but Svetlana is also a kind of genetic mutant with an amazing superpower: she can fall asleep anywhere, anytime. In five-minute breaks between takes, in the most uncomfortable positions, on the hardest of surfaces. When they woke her, she’d immediately liven up and do the scene in such a way that took everyone’s breath away,” the actor recalled working with Svetlana. 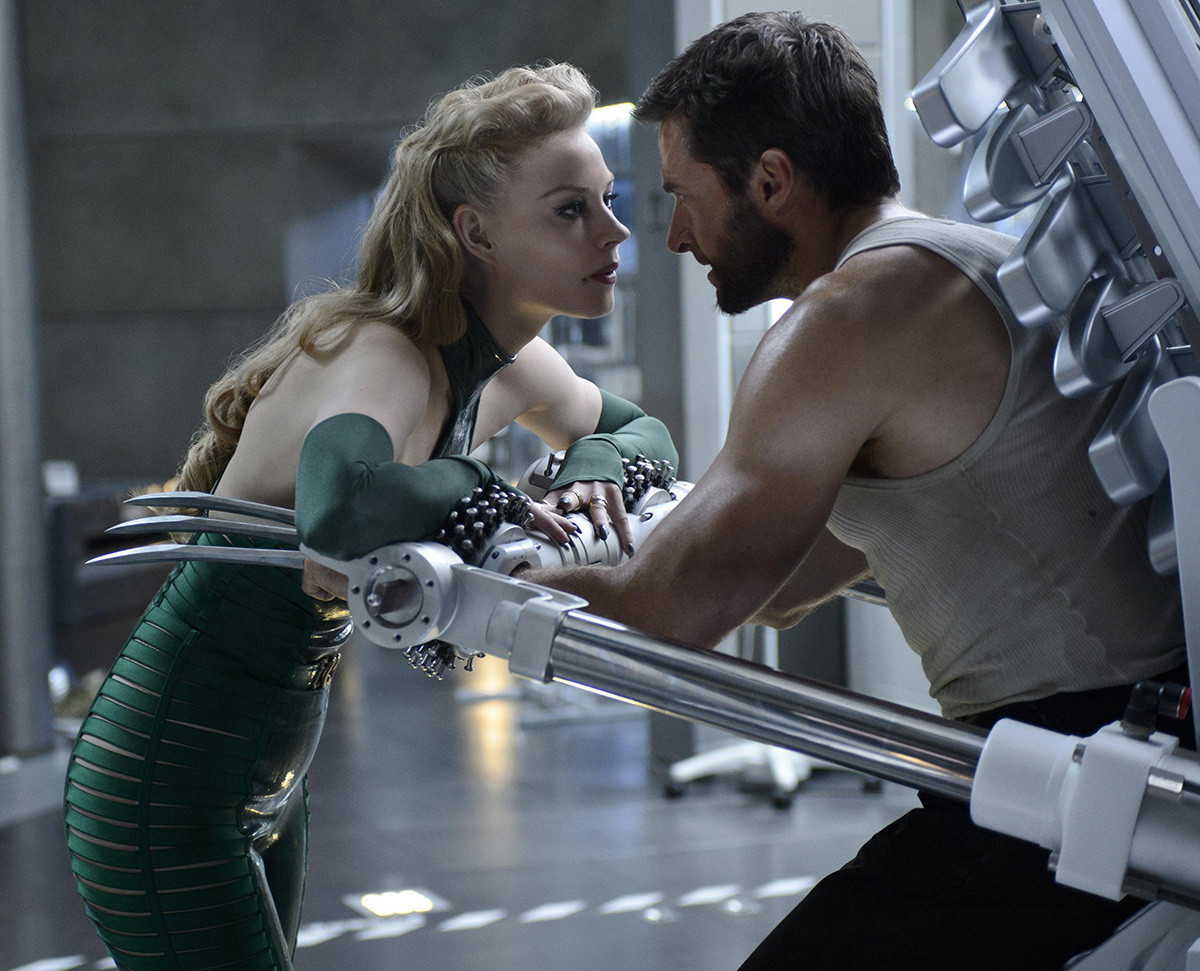 She has not filmed in Hollywood since then, devoting her time to Russian projects. The most notable of these was a biopic about writer Sergei Dovlatov that was critically acclaimed at the 2018 Berlinale, and the series, The Road to Calvary.

In addition, Khodchenkova has appeared in several plays and a number of music videos, including one for the song, “Ecstasy”, by Russian rock band Leningrad.

Svetlana's hobbies include pole dancing and, since 2018, sewing. She has twice tied the knot: her first marriage to actor Vladimir Yaglych lasted from 2005 to 2010; her second, to Moscow businessman Georgy Petrishin in 2011, ended in another divorce four years later.

In the future, she looks forward to playing complex, more negative characters.

“I’m terribly curious <> It’s always far more interesting to play a character who’s harboring something deep down, a kind of inner wormhole, it’s fascinating to dig into that, to work on it,” Svetlana shared her plans. 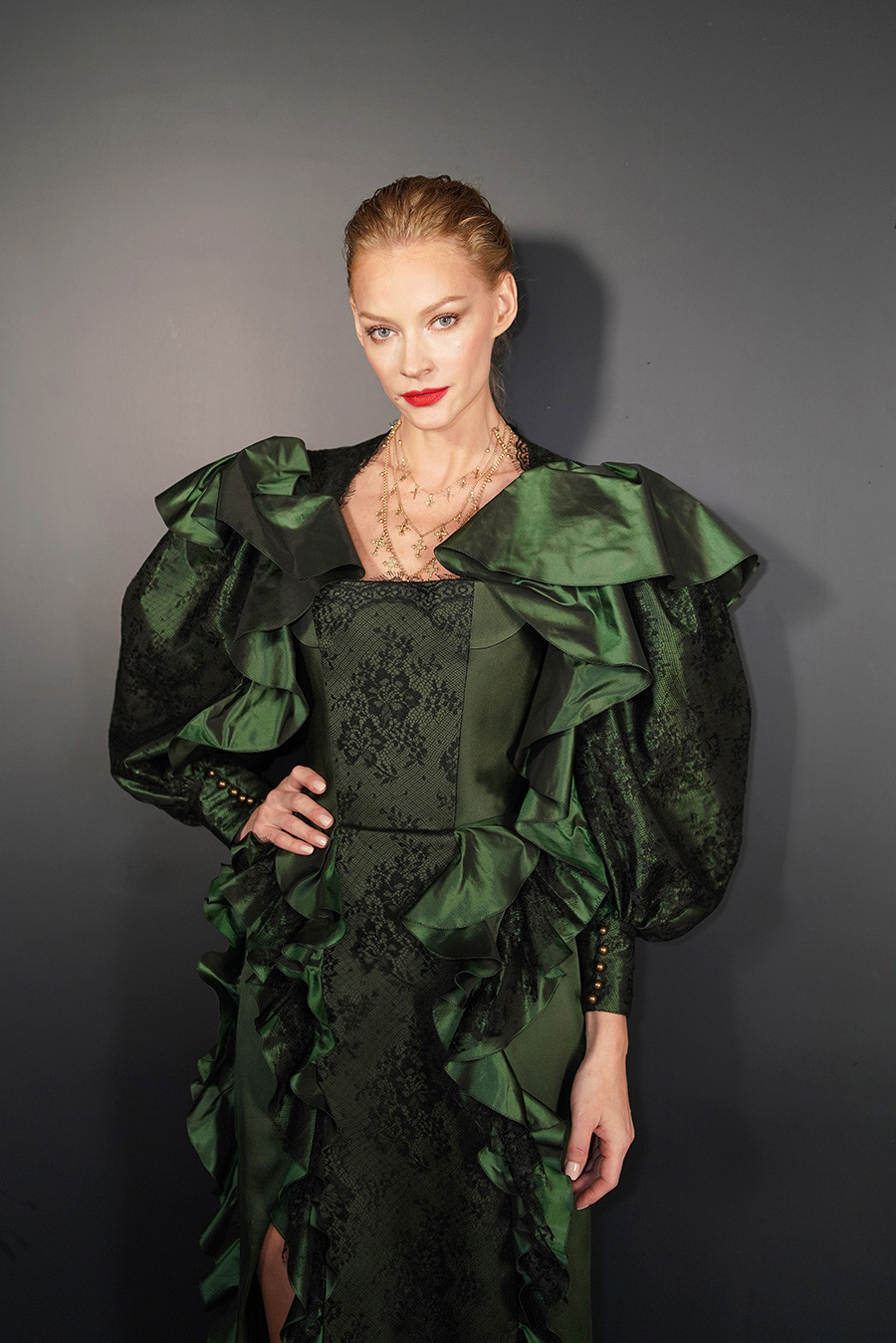 The full cast of Anna K and its launch date will soon be announced by Netflix.