Russia Beyond (Photo: Legion Media; David Leitch/20th Century Fox, 2018; Cate Shortland/Marvel Studios, 2021)
Superhumans from other countries are not infrequent guests in comics. In their long history, the Marvel comics have featured many characters from both the USSR and modern Russia. And far from all of them are on the side of the forces of evil. 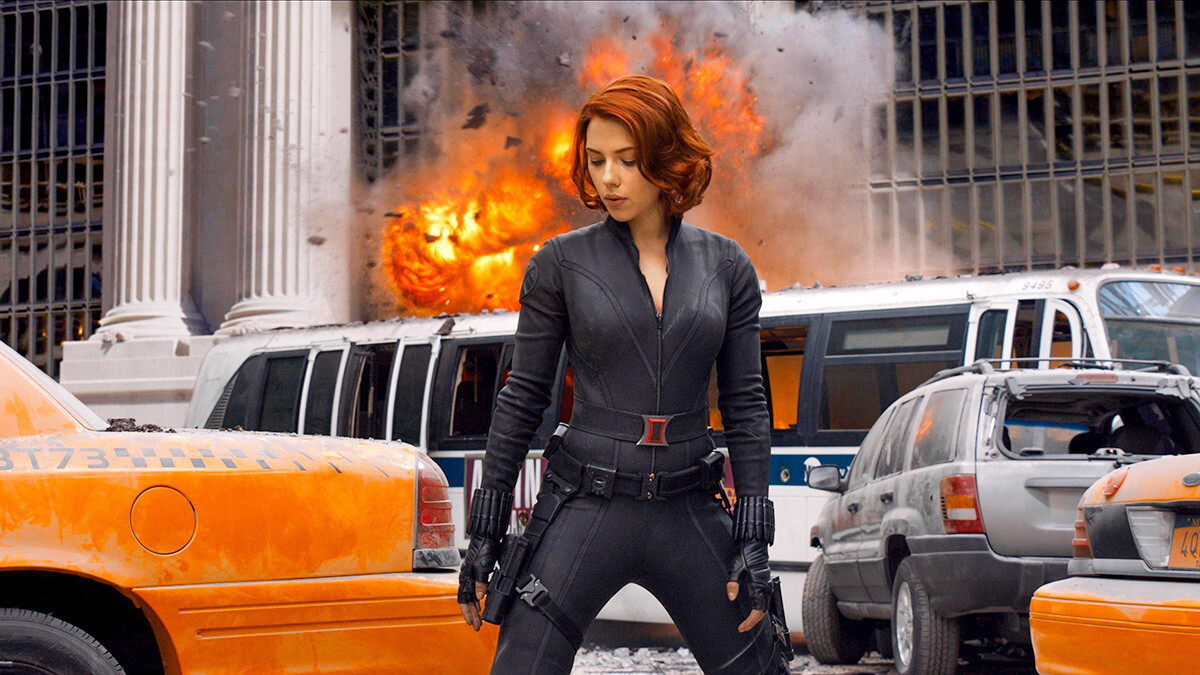 Scarlett Johansson in The Avengers, 2012

She is the most famous heroine with Russian roots in the Marvel Cinematic Universe. In the past, Natasha was a KGB agent and became “red” not just inside, but also on the outside, having committed numerous contract killings and other murderous crimes. After escaping from her former superiors, Natasha diligently corrects the mistakes of the past and, importantly, learns to live with them - a skill that not everyone is gifted with. The past regularly tries to catch up with her, but the former (and, actually, current) spy runs faster. After defecting to the U.S., she has managed to fight along with the Avengers and several other teams, proving herself an excellent strategist and fighter, as well as a reliable friend.

Romanoff is a collective image of the Cold War female spy, who brilliantly acts out many familiar tropes and ideas. These extend to the customary double and triple agents and many other political dirty tricks. And, at the dawn of her career, she was even a ballet dancer - what could scream louder about her Russian roots? 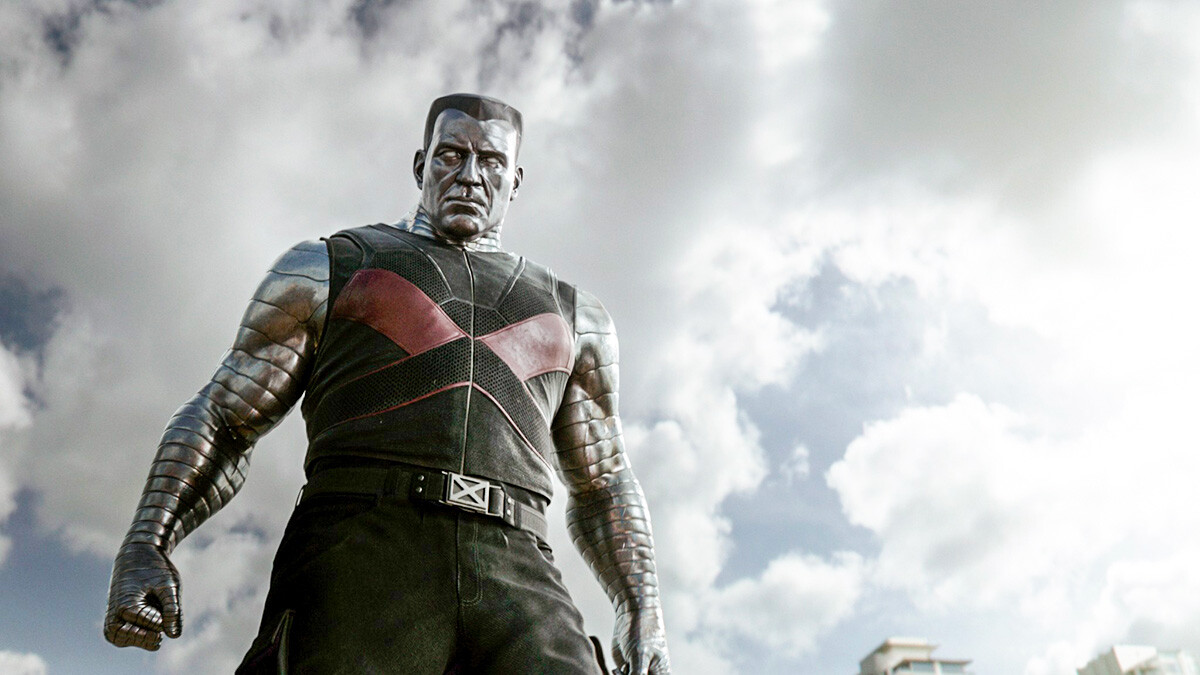 Not a Superman, but a sort of “Man of Steel”, Rasputin is one of the best known mutants among the ‘X-Men’, joining them around the same time as Wolverine, Storm and Nightcrawler. He was discovered by Professor X, who invited him into the group of mutants, in which Rasputin settled down well, except that he still speaks with an accent.

Essentially, Colossus’ main strength is his ability to cover his whole body with impenetrable metal, but one shouldn’t forget his physical strength either: In his “steel” form he can lift up to 200 tons.

Arguably, the giant’s only weakness is his kindness, which his opponents have taken advantage of on many occasions. Because of his big heart, he, like most Russians, tries to avoid getting involved in a fight unnecessarily, but he takes everything into his own hands when he feels the need for it. By the way, Piotr’s main hobby - apart from saving the world - is drawing. 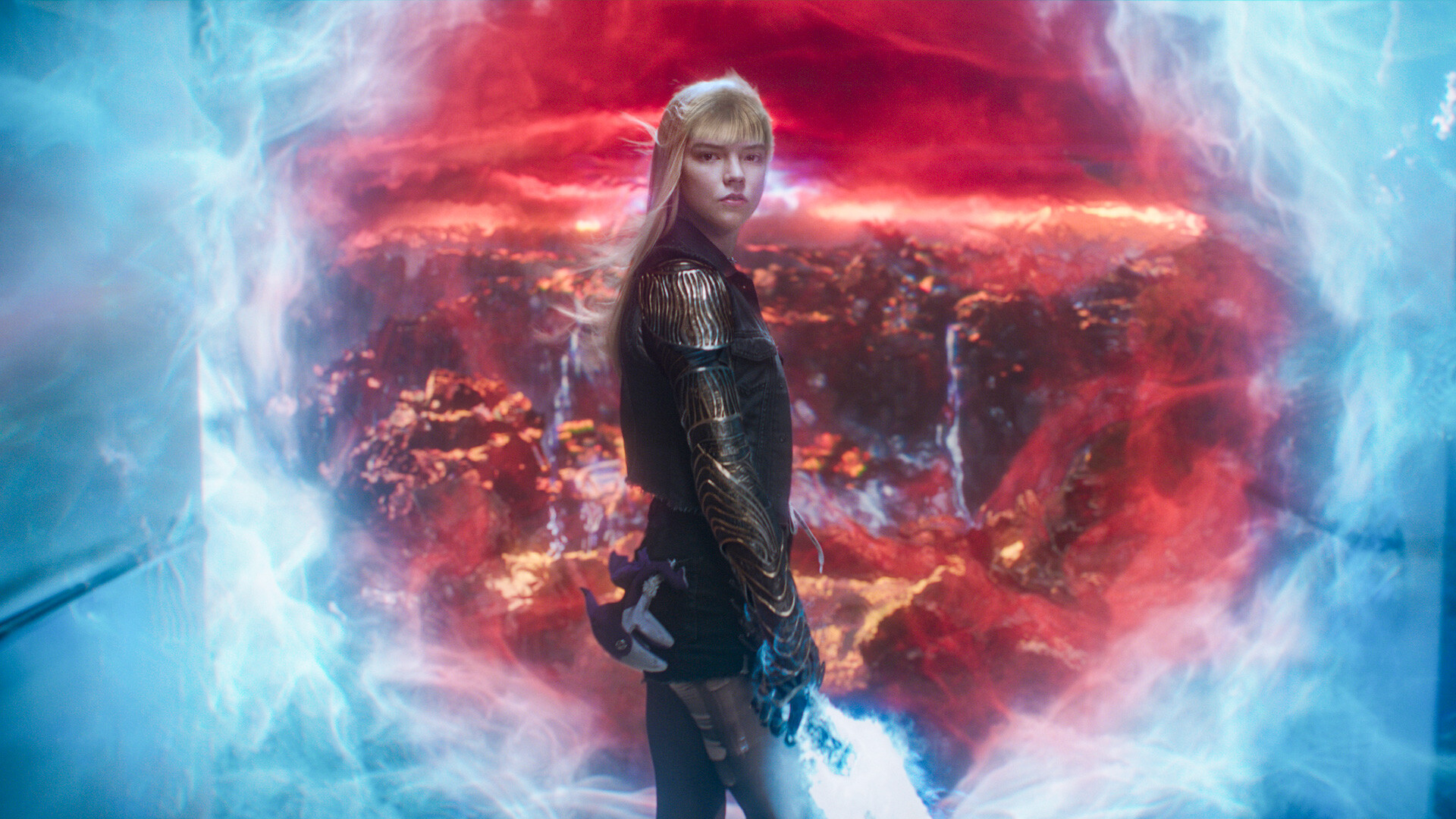 The younger sister of Colossus and great-granddaughter of the tsar’s famous friend and mystic, Grigory Rasputin, Illyana inherited the gift of magic from her famous ancestor.

Like Piotr, she is also a mutant, but far more interesting are the mystic powers which she received in Limbo, one of the dimensions of Hell, to which she was dragged by otherworldly forces when she was still a child. As a mutant, she is able to teleport, while from her own life force she created a special sword (the ‘Soulsword’) with which she managed to become the ruler of Limbo. While in Hell, she learned black magic (although, on Earth, she is only able to use a very limited number of spells).

Despite her dark past, she remains virtuous at heart and regularly helps both the X-Men and the New Mutants in fighting the good fight. Surprisingly, it is Colossus’ younger sister who succeeds in fully building on the famous family name by delving into the same mystical roots as her world-famous great-grandad. 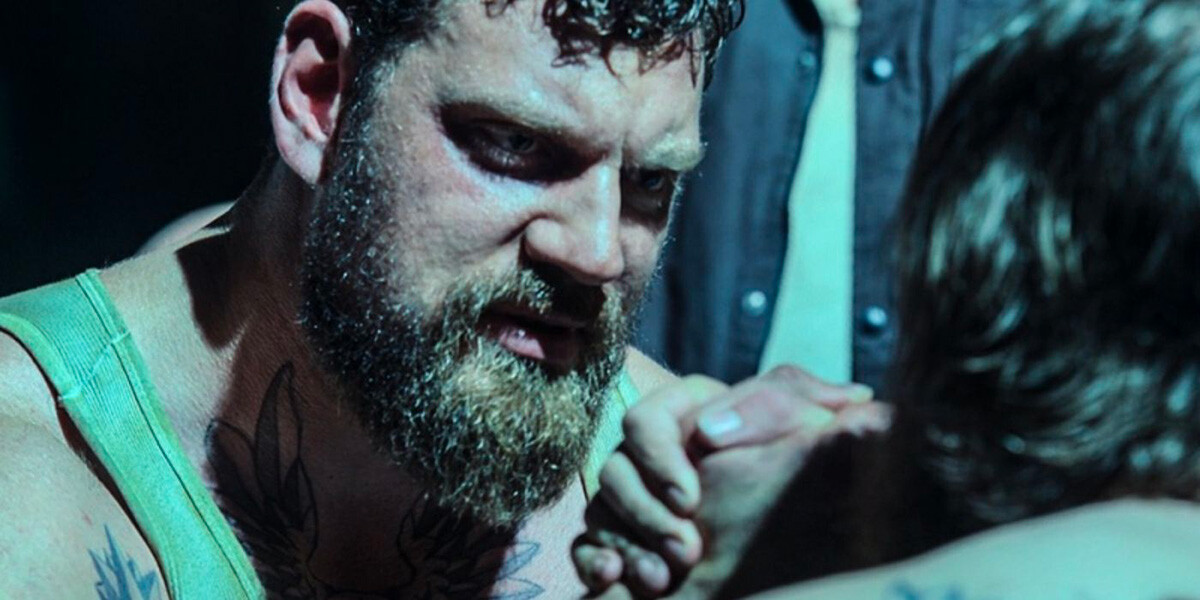 Is it possible to imagine a more “Russian” superhero than a mutant capable of turning into a giant bear with a craving for vodka? Probably not.

This huge, formidable and incredibly strong bear can single-handedly defeat The Hulk, but, in his animal form, he cannot see very well. This makes his actions not very well targeted, but, that is, however, compensated by his excellent speed.

Mikhail is not a softie and regularly fights American heroes both alone and as a member of various groups, such as the Soviet equivalent of the Avengers with the unsophisticated name of ‘Soviet Super-Soldiers’ and, later in Russia, as a member of the Winter Guard. Of course, Ursus is a terribly stereotypical superhero, but that doesn’t make him any less interesting.

5. Sergei Kravinoff, aka Kraven the Hunter 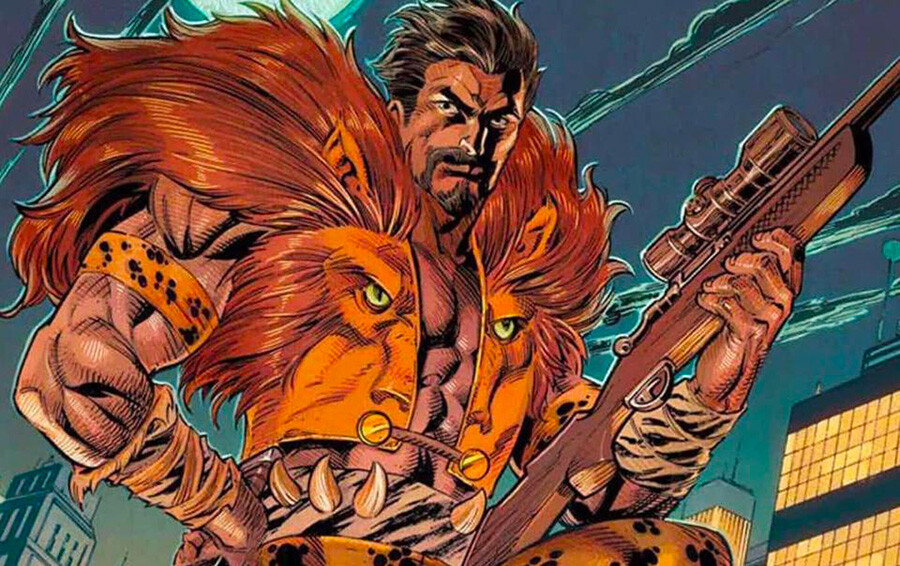 A Volgograd-born scion of a noble family who lost everything in the 1917 Revolution, Kravinoff sets about restoring his honor through hunting, a field in which he has reached incredible heights, resulting in his being regarded as the best in the world - the reason he was named Kraven the Hunter.

Furthermore, Kraven strictly follows the code of honor dictated by his noble origins - something frequently mentioned in the context of Russian emigrés immediately after the Revolution. Sensing that this is not enough, Sergei takes a special potion that enhances his strength, speed and senses to the level of wild cats, after which he starts to go hunting predominantly without weapons. For a long time, he was completely absorbed by the dream of bagging a trophy from the most dangerous quarry in the world - Spider-Man, but, as often happens with characters that the readers grow to like, he ultimately becomes a sort of Spider-Man himself, literally putting on one of his friendly neighbor’s suits.

He was also a member of the Avengers in the late 1950s - which goes to show how versatile he is. The authors of the comics, as it happens, frequently compare Kravinoff to characters in Dostoevsky novels and diligently make him out to be a tragic hero.

Another Russian villain and adversary of Spider-Man, Sytsevich was an ordinary, small-time crook until he agreed to a series of experiments in the course of which he nearly died, but which gave him superhuman strength, speed and the power of regeneration, as well as a unique costume that is fused to his body. The latter gives him immense durability and is fitted with a horn on his forehead, which is how Sytsevich got his nickname.

He’s not a very bright guy and increasingly finds himself siding with evil, but, at some point, having conscientiously sat out several years in prison and been released early for exemplary behavior, he attempts to lead a normal life and even almost makes friends with Spider-Man and the Punisher. And, as a respectable citizen, he frequently played cards with fellow mutant Gambit.

Rhino is perhaps the least “Russian” superhero on this list: Apart from an explicit reference to the fact that he has a Russian Mafia background, he doesn’t particularly stand out among other villains from different countries. 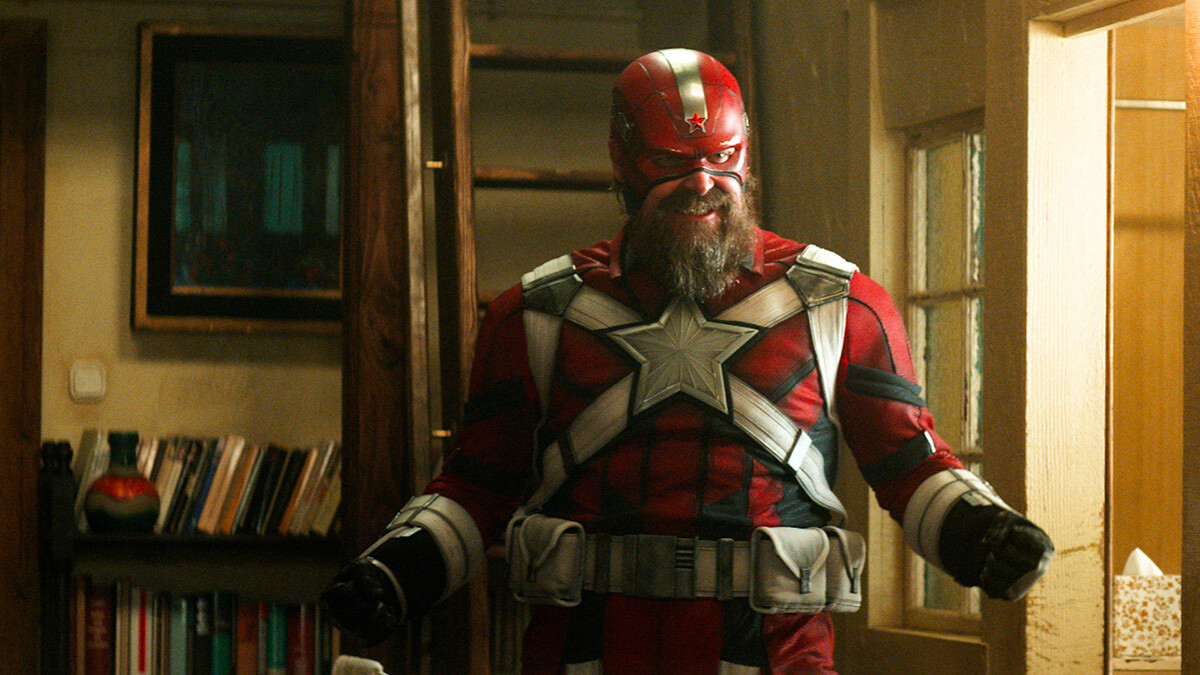 If the U.S. has Captain America, the USSR had its answer in the Red Guardian. Alexei Shostakov, a military test pilot and KGB agent, was the second Guardian - and perhaps the most famous. Unlike Steve Rogers, Shostakov did not take any drugs such as secret serums to boost his strength - a love for his country, loyalty to the ideals of communism and the will to win allowed him to achieve superhuman results. And he did not have a fashionable shield emblazoned with a star - instead, Alexei used a throwing disk with a magnet, which returned after being thrown.

Alexei spent a large part of his career as Red Guardian trying to prove he was far more awesome than Captain America, but failed in this endeavor, subsequently changing his costume and becoming Ronin. In the comics, Shostakov is the former husband of Black Widow, not her stepfather as in the film adaptation. 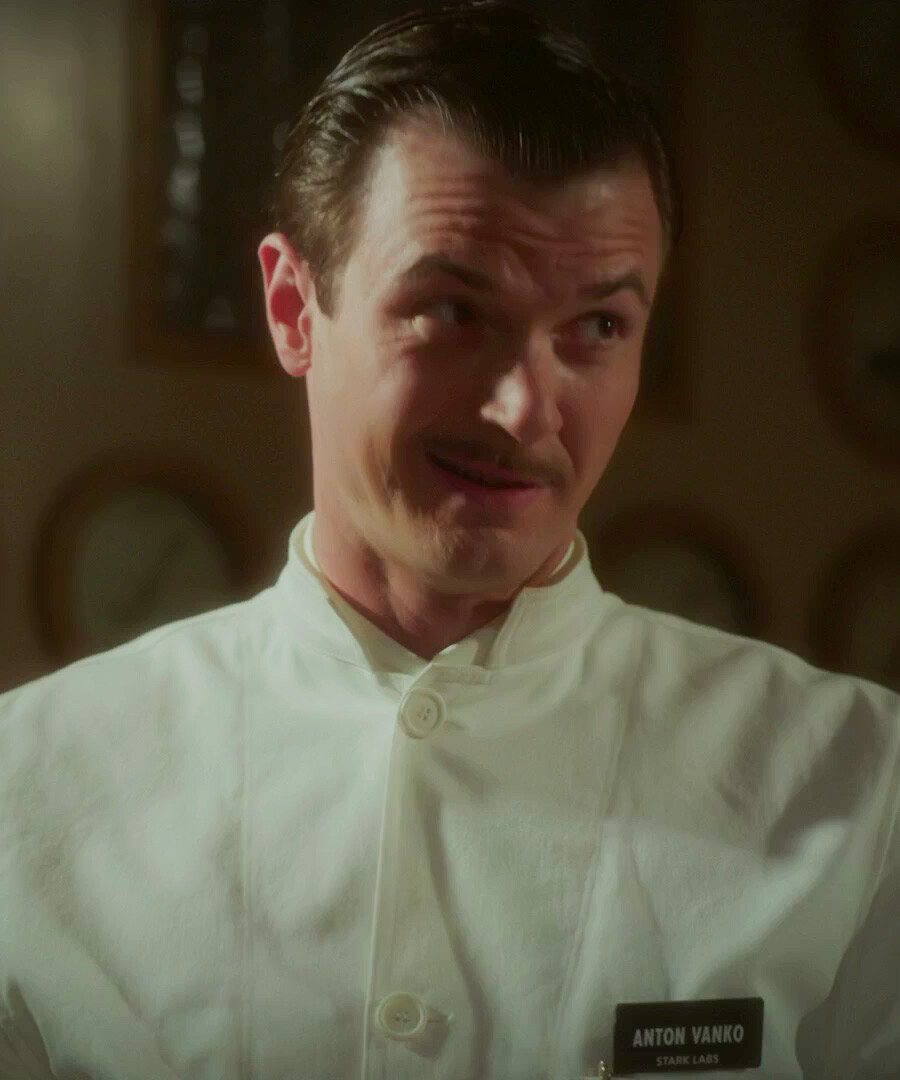 Since the Soviets had their equivalent of Cap, there also had to be a counterpart of Iron Man - the Cold War was marked by an arms race, so this should come as no surprise. This superhero was Armenian-born Anton Vanko, a scientist and physicist who invents his own power-enhancing suit, some of whose features are every bit as good as Stark’s armor.

It goes without saying that the USSR government sends Vanko to America to deal with Stark Industries, in which capitalism ultimately proved its superiority over socialism. Anton is vanquished and, fearing punishment for his defeat, seeks political asylum in the U.S., where he contrives to get a job as leading scientist to Stark and to befriend his former foe.

After Vanko, the Crimson Dynamo armor was worn by around a dozen other Russians, including Dimitri Bukharin, who is regarded as the principal Crimson Dynamo, as he took part in as many as three story arcs about Iron Man - more than any other wearer of the suit. Also, like the above-mentioned Mikhail Ursus, he is a member of the Winter Guard.

9. Cosmo, aka Cosmo the Spacedog 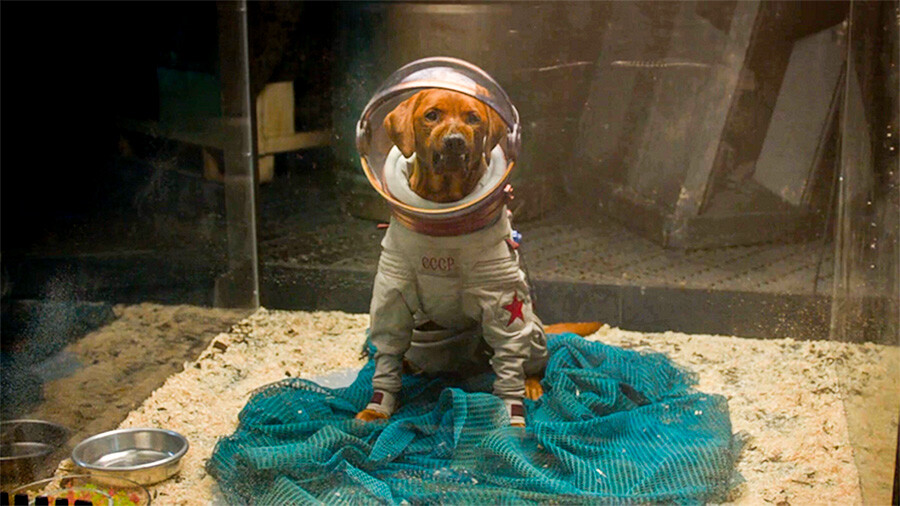 Yes, it’s all true: The good dog commanding the security service on the space station ‘Knowhere’ is formally Russian. The hound’s back story has affinities with Laika, the first animal sent into space as part of the Soviet space program in 1957. Cosmo did not perish in the experiment, however, but accidentally ended up on Knowhere, where he mutated and became telepathic.

He frequently hangs out with the Guardians of the Galaxy and, from time to time, competes with Doctor Strange - both of them are geniuses and sorcerers of sorts, after all. In addition to telekinesis, psychic powers and mind control, Cosmo even has his own telepathic cloak! 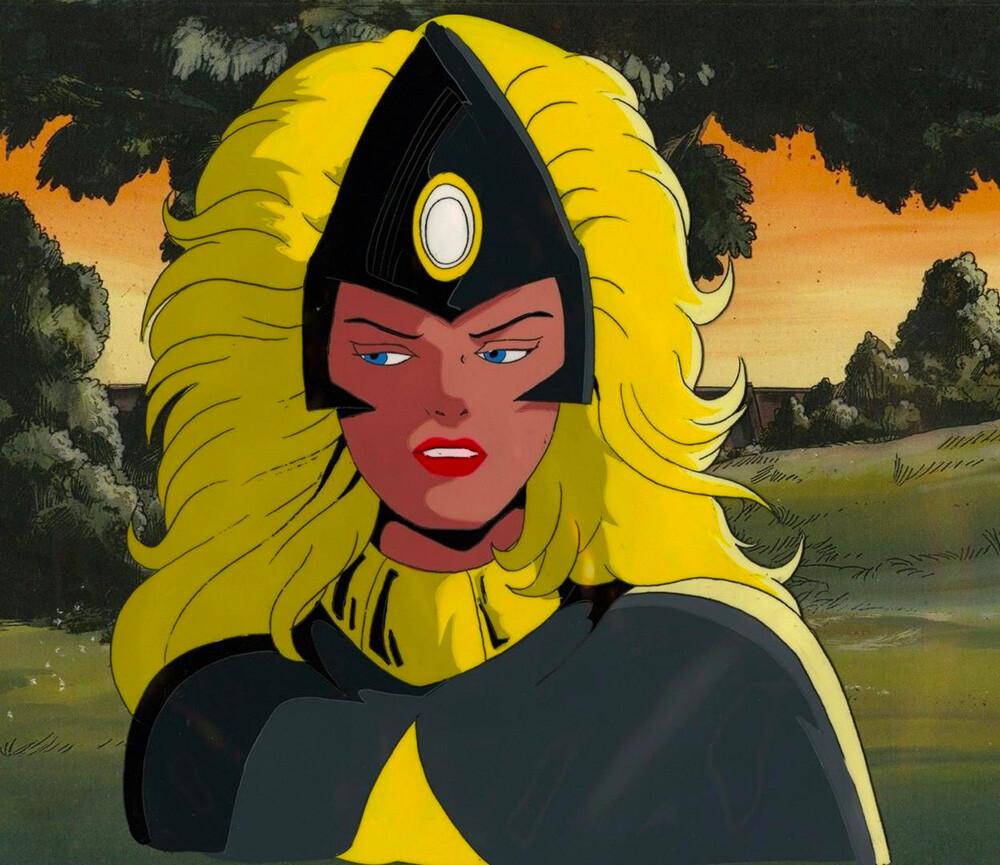 Another Soviet heroine who went over to the U.S. side during the operation to return the Black Widow to the USSR. Laynia’s main strength was controlling an interdimensional energy called the ‘Darkforce’. In the U.S., she became one of the Champions of Los Angeles (along with Widow, Angel, Iceman, Hercules and others), but, when the group disbanded, she decided to return to Russia and joined the Soviet Super-Soldiers and, later, became part of the Exiles.

Darkstar regularly switched countries and sides, but she can be considered a superheroine, nonetheless. Her biography is impressive, to say the least: She managed to switch between both camps, to go into space and to return from the dead several times and not even always in her own body. And there were near-romantic relations with Iceman: the icy mutant fell head over heels for her, but she left the hapless guy in the “friend zone”.

The most Russian thing about her is undoubtedly her membership to the Soviet Super-Soldiers - similar to the Avengers, but with a communist agenda - even though neither in her conduct nor her superpowers is there anything truly unique.