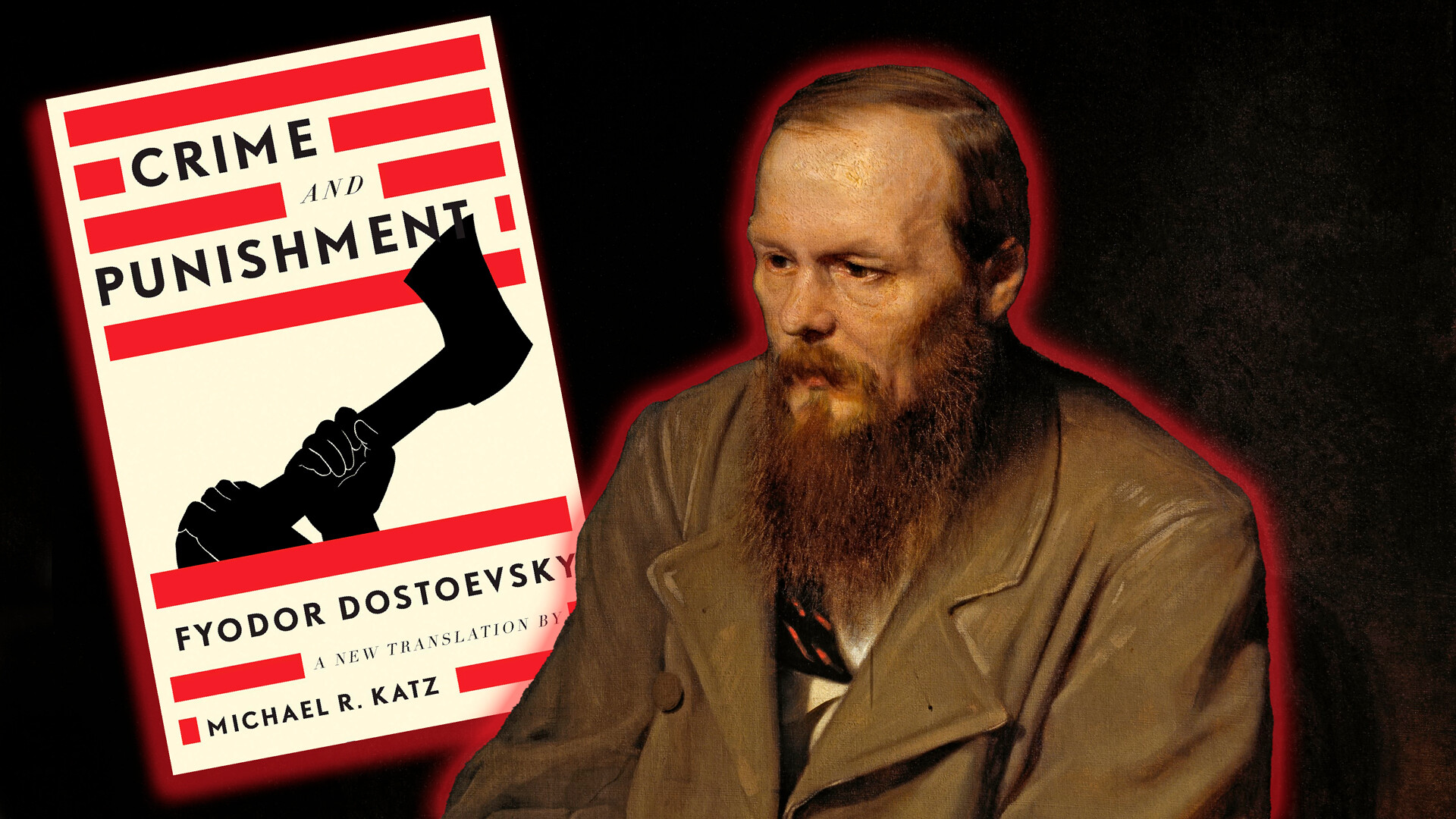 Russia Beyond (Vasily Perov/Tretyakov Gallery; Liveright, 2017)
This is considered a dark novel, full of psychological reflection and depiction of miserable people of the lowest kind. Knowing the plot and the meaning of the book is important to pretend to be an educated person.
A poor student named Rodion Raskolnikov struggles from his own misery. He decides to kill an old pawnbroker lady, but then suffers from the crime he committed. Finally, he gives a frank confession and sets off for prison.

Rodion Raskolnikov is a student who had to leave the university without having money to pay for education. Walking the dark and dirty streets of 19th century St. Petersburg, he is philosophizing and comes up with an idea that there are two types of people - ordinary and extraordinary. Of course, he thinks that he is an extraordinary person, but he needs to prove it to himself. Does he dare to do something great to change his life? And, for some reason, he decides that it would be great to kill the old pawnbroker lady to whom he gave his last watches to receive some money instead. 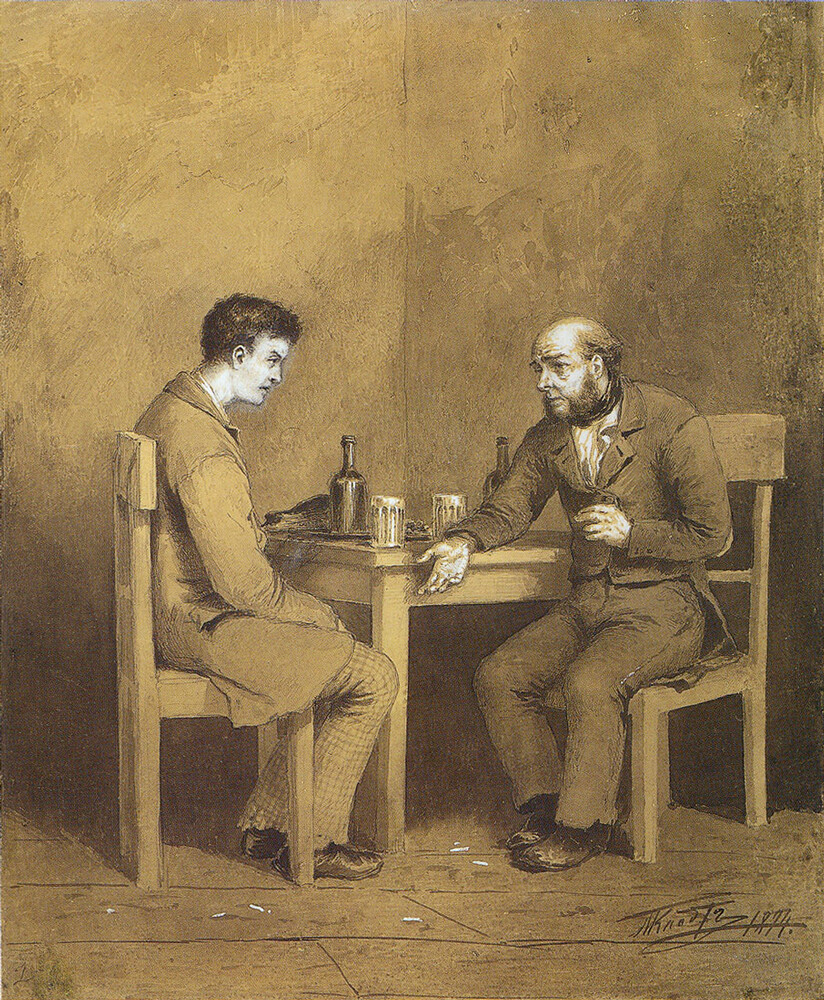 While overthinking the impending crime, Rodion meets Semyon Marmeladov, a drunkard and ex-official. The man retells his poor life to Rodion - that his first wife died and he lost his job and his daughter had to become a prostitute to earn some money for the family. Then, he married another woman with kids and all of them are unhappy and in need. 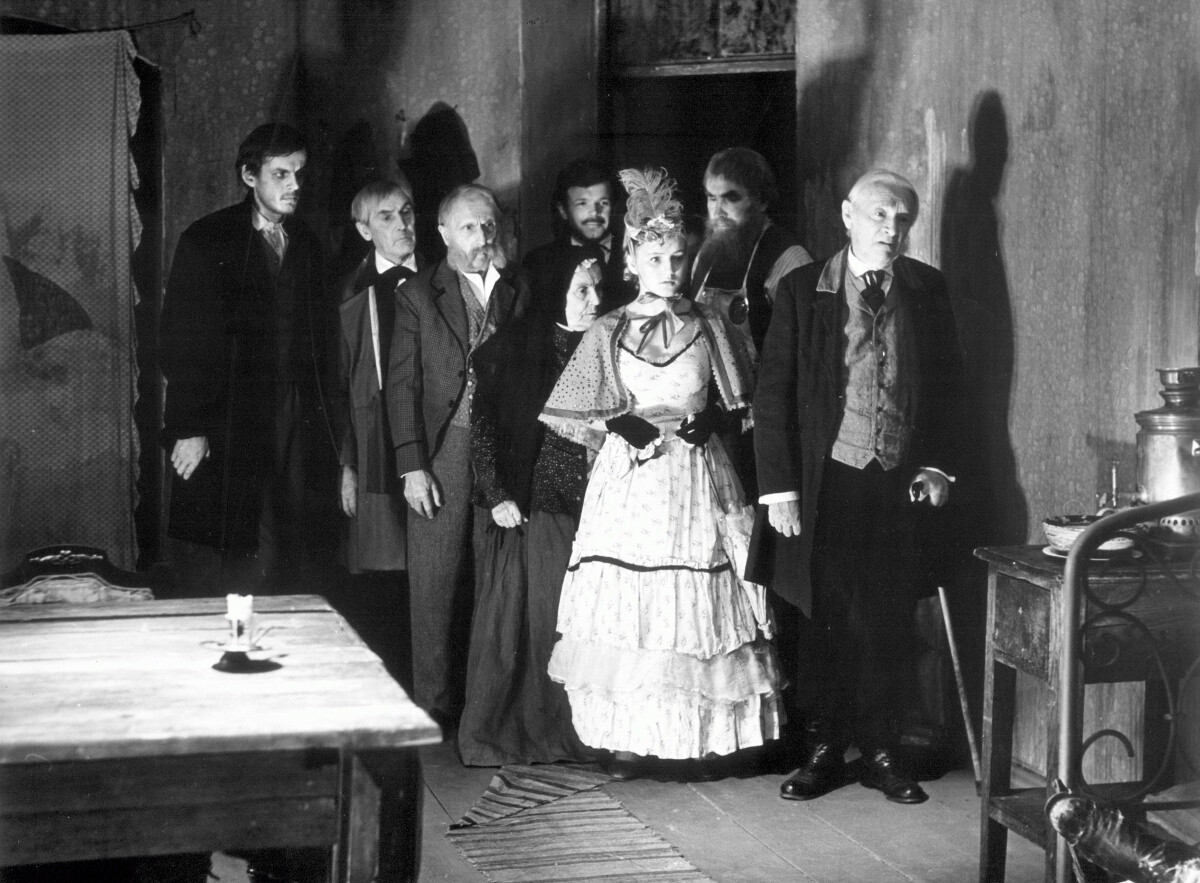 Feeling incredibly sorry for Marmeladov, Rodion gives him his last money, just received from the pawnbroker. But, a little later, he gets a letter from his mother. She writes that Raskolnikov’s sister wants to marry a man who has money, in order to save Rodion and help him finish university. But Rodion can’t let his sister save him by marrying a disgusting man she doesn’t love… so, now, he is convinced that killing the pawnbroker and taking her money is the only way to save his family. 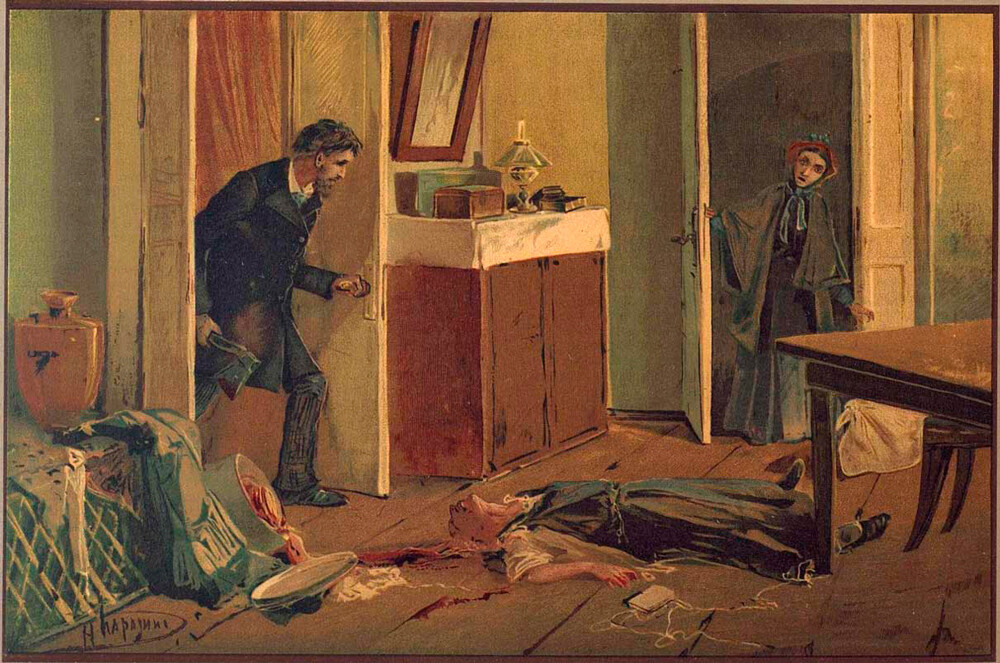 So he kills the old woman by hitting her with an ax. But, what he didn’t plan was having to kill her stepsister, who had returned home at the wrong time. In a rush, he gathers some money and runs away.

The next day, Rodion gets a fever. Suddenly, he receives police summons. He is frightened, but it turns out that he was only charged for not paying his rent. As Rodion is about to leave the police station, he hears policemen talking about murder and he faints. Being extremely nervous, he buries everything that he stole in the ground. 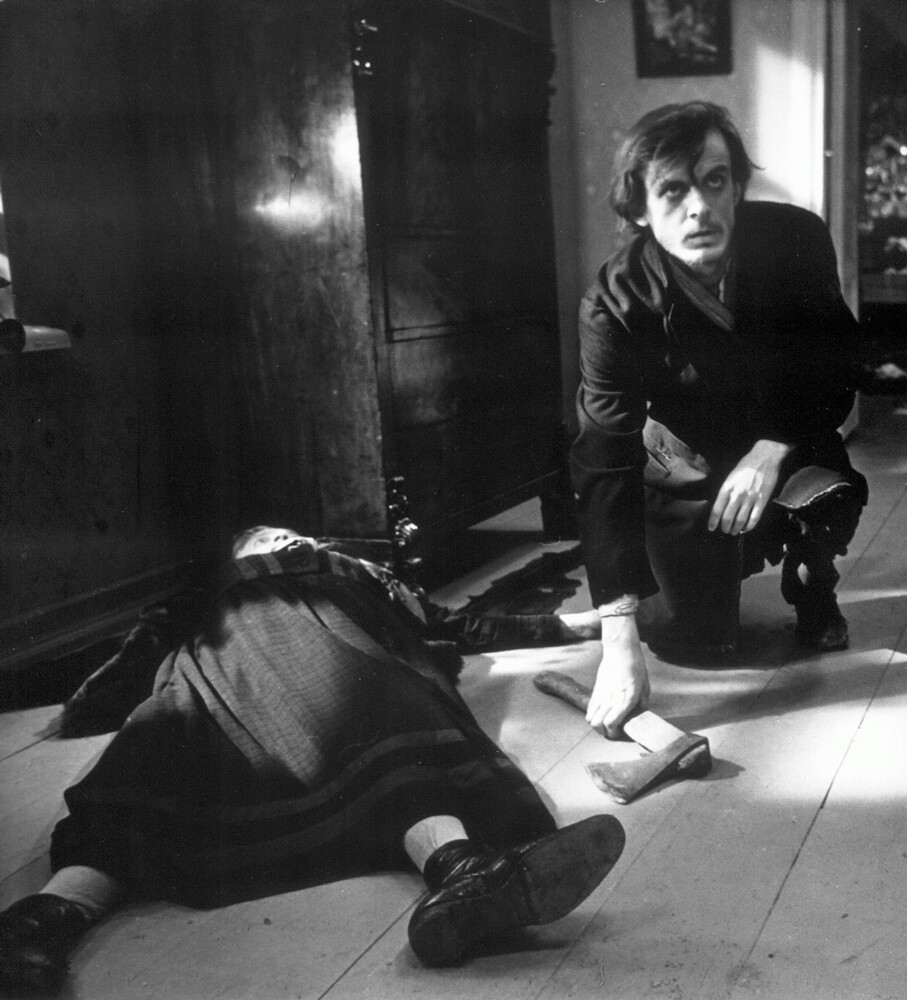 Then, Raskolnikov finds out that Marmeladov has died after being hit by a horse. So, he gives the rest of the money to Marmeladov’s widow. Finally, he meets Sonya, Marmeladov’s daughter, who invites him to attend the funeral.

Raskolnikov decides to visit the police with a friend to find out how to get back everything that the murdered pawnbroker lady had purchased from them. The detective, Porfiry Petrovich, appears to be a very sophisticated man. He discusses with Raskolnikov the article he published about ordinary and extraordinary people. And expresses his concerns whether extraordinary people, generators of great ideas, have the right to allow themselves to break the law if it benefits humanity. Because Porfiry is afraid such people could not only allow themselves to commit a crime, but to go as far as murder… Raskolnikov is shocked and, from that moment, thinks that the detective suspects him - and becomes even more nervous. 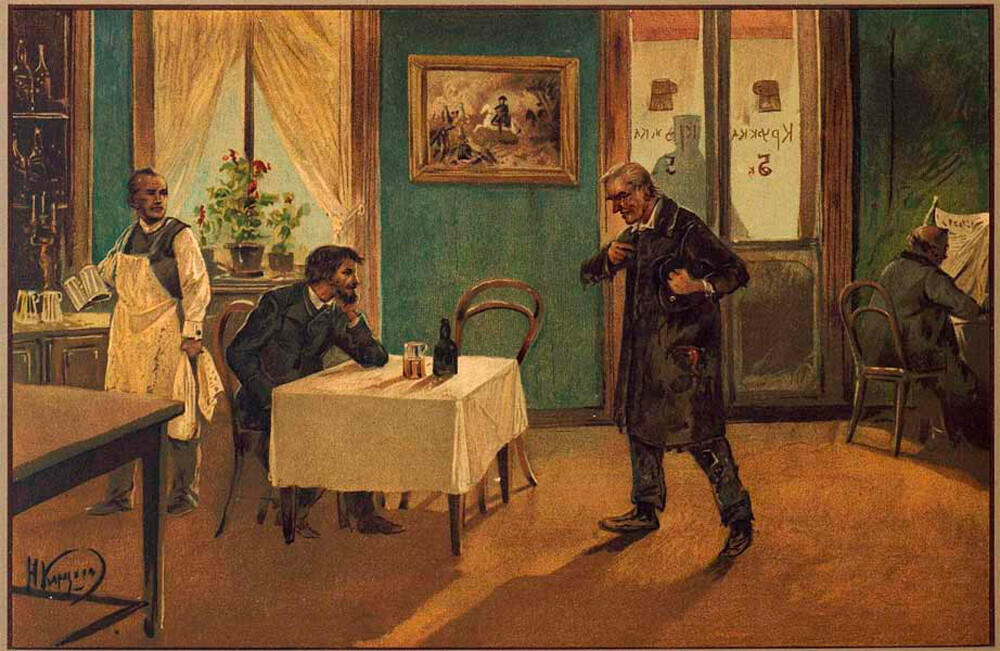 Sonya Marmeladova, the poor orphan, becomes the only person Raskolnikov tells about his crime. She persuades him to confess everything and promises to follow him to the Siberian prison camp. Detective Porfiry visits Raskolnikov and also suggests that he confess. Finally, Rodion goes to the police and confesses to his crime.

However, he doesn’t feel guilty at all. He only regrets not being able to break the moral prohibition against murder. He understands that he is not extraordinary, but simply ordinary - and that makes him feel bad, worse than the crime itself even. 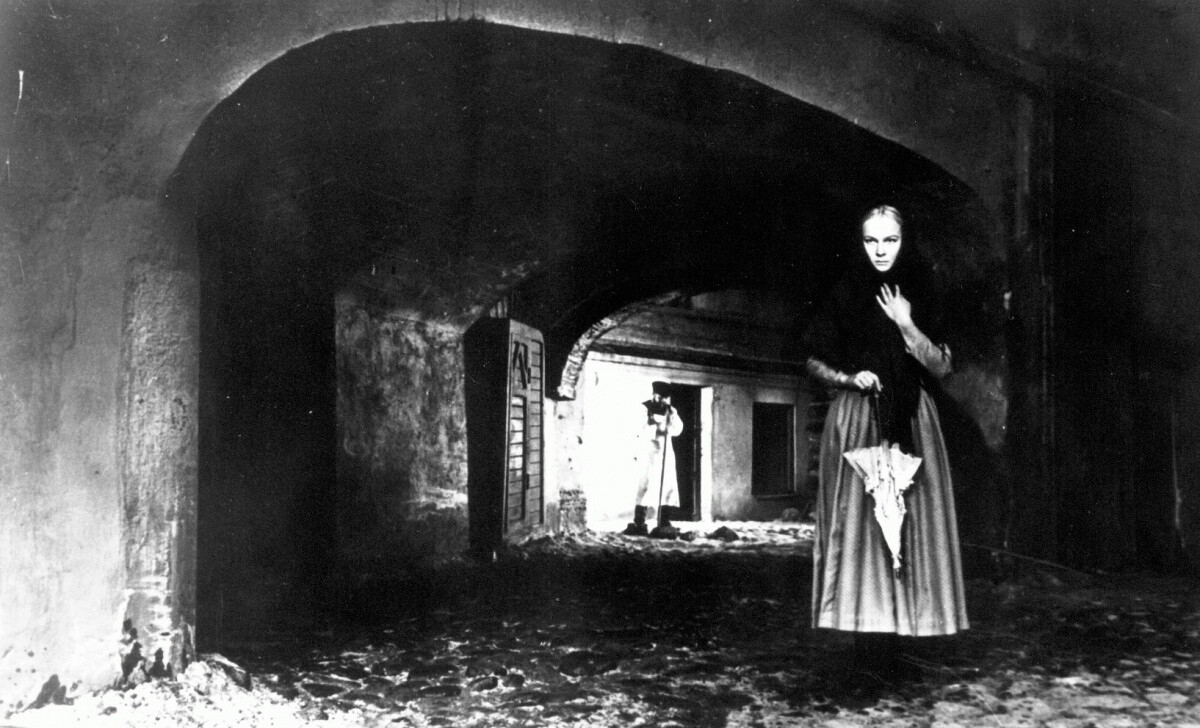 Sonya keeps her word and follows him to Siberia and gives him a Bible. Surviving an illness in prison, Raskolnikov finally understands that he loved Sonya. And, thus, his personal rebirth begins.

The crime plot was taken by Dostoevsky from real life. There was an Old-Believer (raskolnik in Russian) who killed two women with an ax - and his trial was covered in the newspapers. It could have been an intriguing detective story, but, actually, the crime happens at the beginning of the novel, while the punishment takes a bigger role. Raskolnikov punishes himself and, in a weird way, the prison turns out to be a relief from his mental suffering. 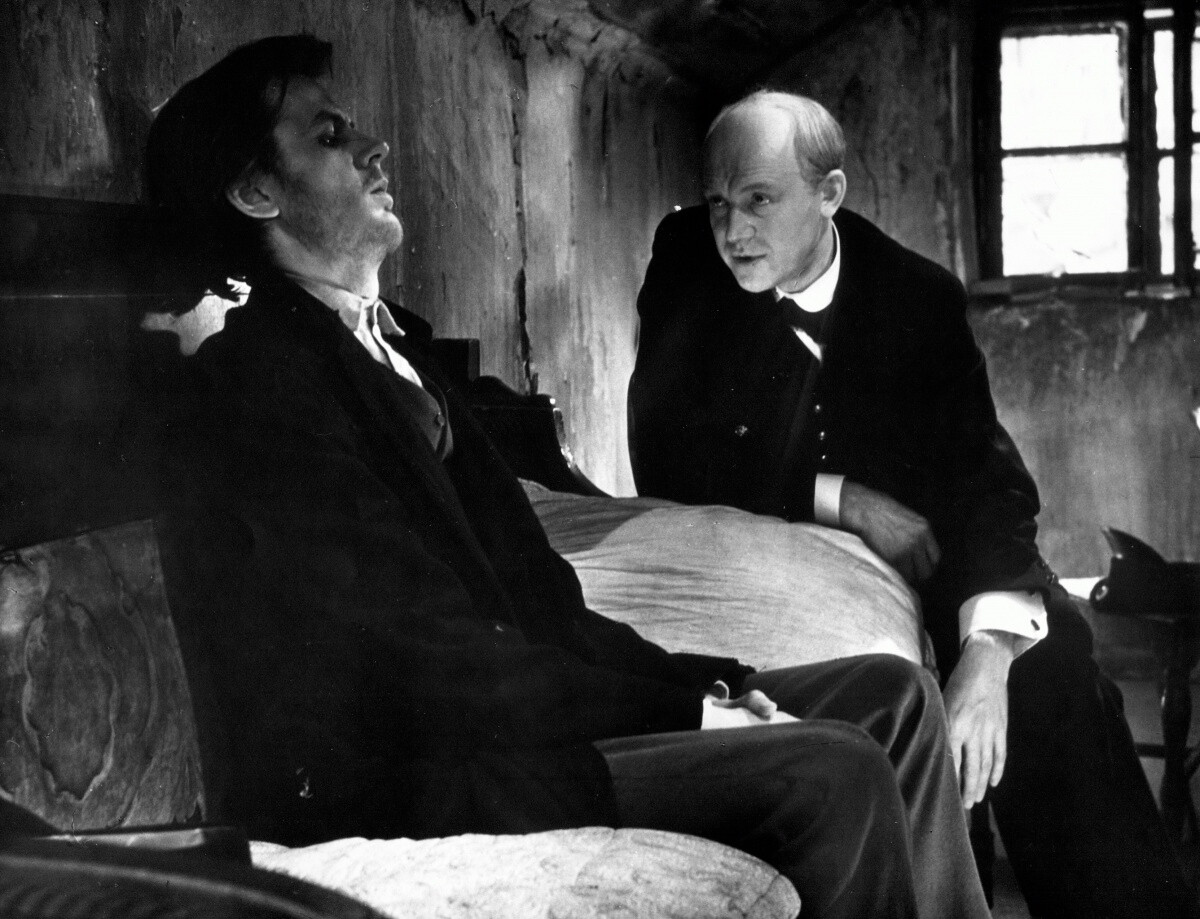 Dostoevsky vividly depicts the dregs of St. Petersburg society and the poor people who have to do awful things to survive. The very pure and innocent human of the novel is Sonya, who has to become a prostitute, because her big family is in great need, while the father was only drinking.

But, the philosophical and moral issues in the novel are more important than the crime plot or social issues. The most important thing in the novel is the ordinary/extraordinary idea of Raskolnikov. The fact that some people think they can be greater than others. Dostoevsky feels that these people have lost God…

The whole novel is Dostoevsky’s response to the ideas of nihilism that spread in the 1860s among radical youth. The writer wanted to show what the loss of faith in God and the abandonment of moral basis can lead to. However, he succeeded in producing a timeless novel that inspired many creators with its essence. 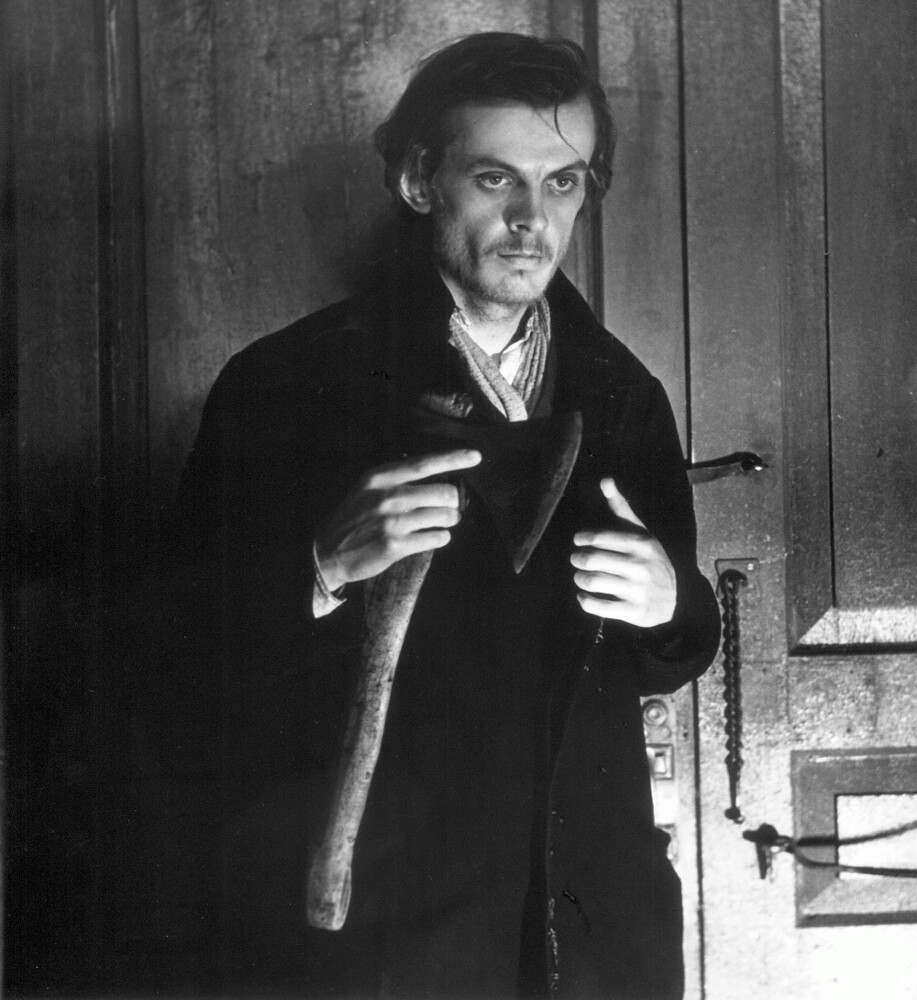 The very conspirological theory behind the novel is that the name of the main character - Raskolnikov Rodion Romanovich - is a hidden message from Dostoevsky saying: “raskololas rodina romanovyh” (“the Romanovs’ motherland is broken”). And this happened because of misery and the poor people who lost their Christian values. And it’s the Bible and faith that help Raskolnikov to revive (and maybe might help Russia to revive, as well).