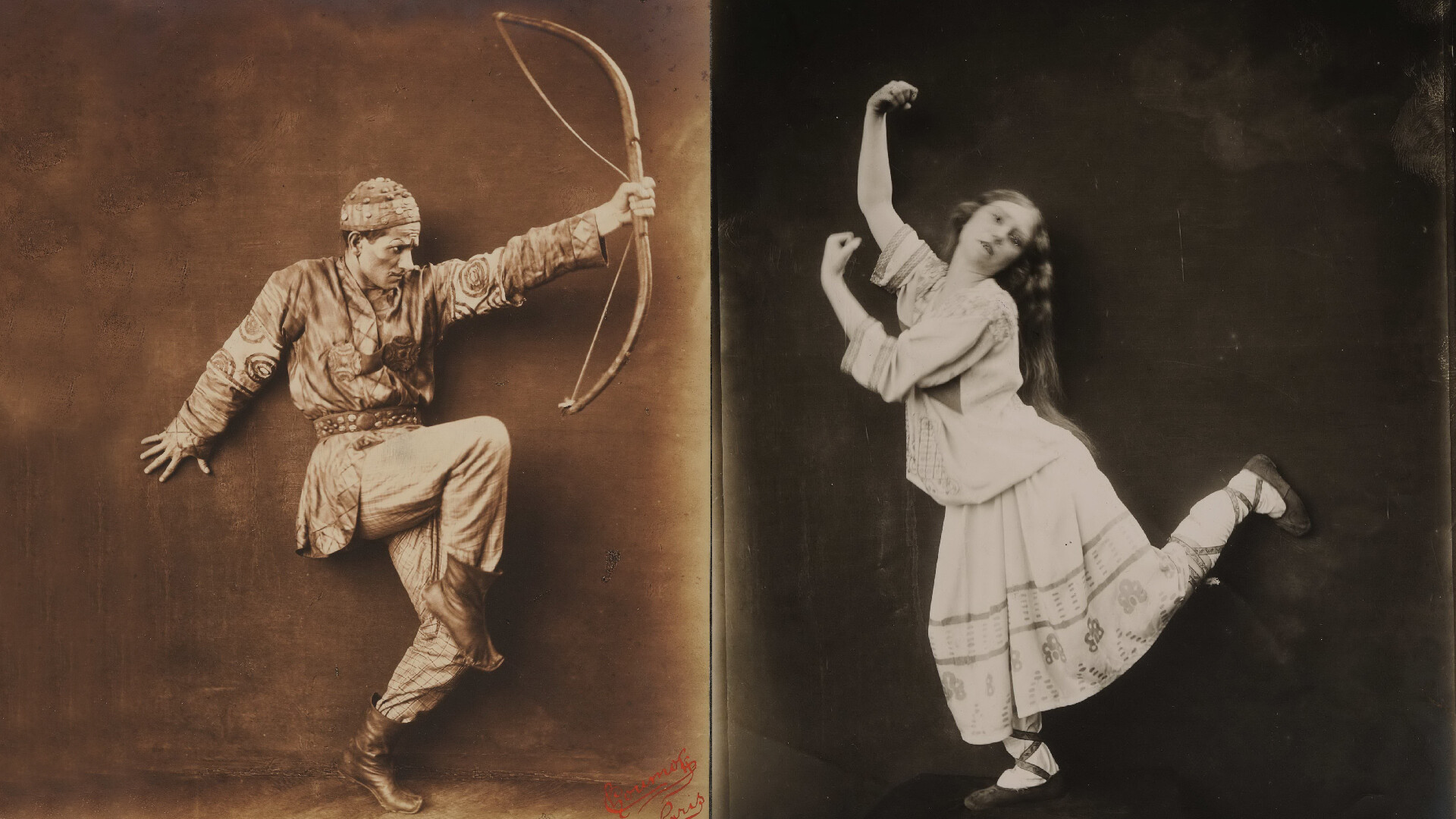 Tretyakov Gallery
These performances enjoyed huge success everywhere they went, gathering full houses in theaters all across Europe. In an era before mass media, the dancers nevertheless became true stars and celebrities for their generation.

Sergey Diaghilev (1872-1929) became known all over the world as the promoter of Russian art, most of all, ballet. His famous “Russian Seasons” revolutionized European theater and, in fact, created ballet as we know it today.

The set and costume designers of Diaghilev's productions redefined the principles of scenic art, which remains relevant today. In addition, Diaghilev was one of the first to understand the importance of advertising and publicity, such as organizing open previews for journalists and critics. Here are some unique shots of the European performances of his famous ballets.

Mikhail Larionov. Poster advertising for performances of the Ballets Russes at the Théâtre du Châtelet in Paris, 1917 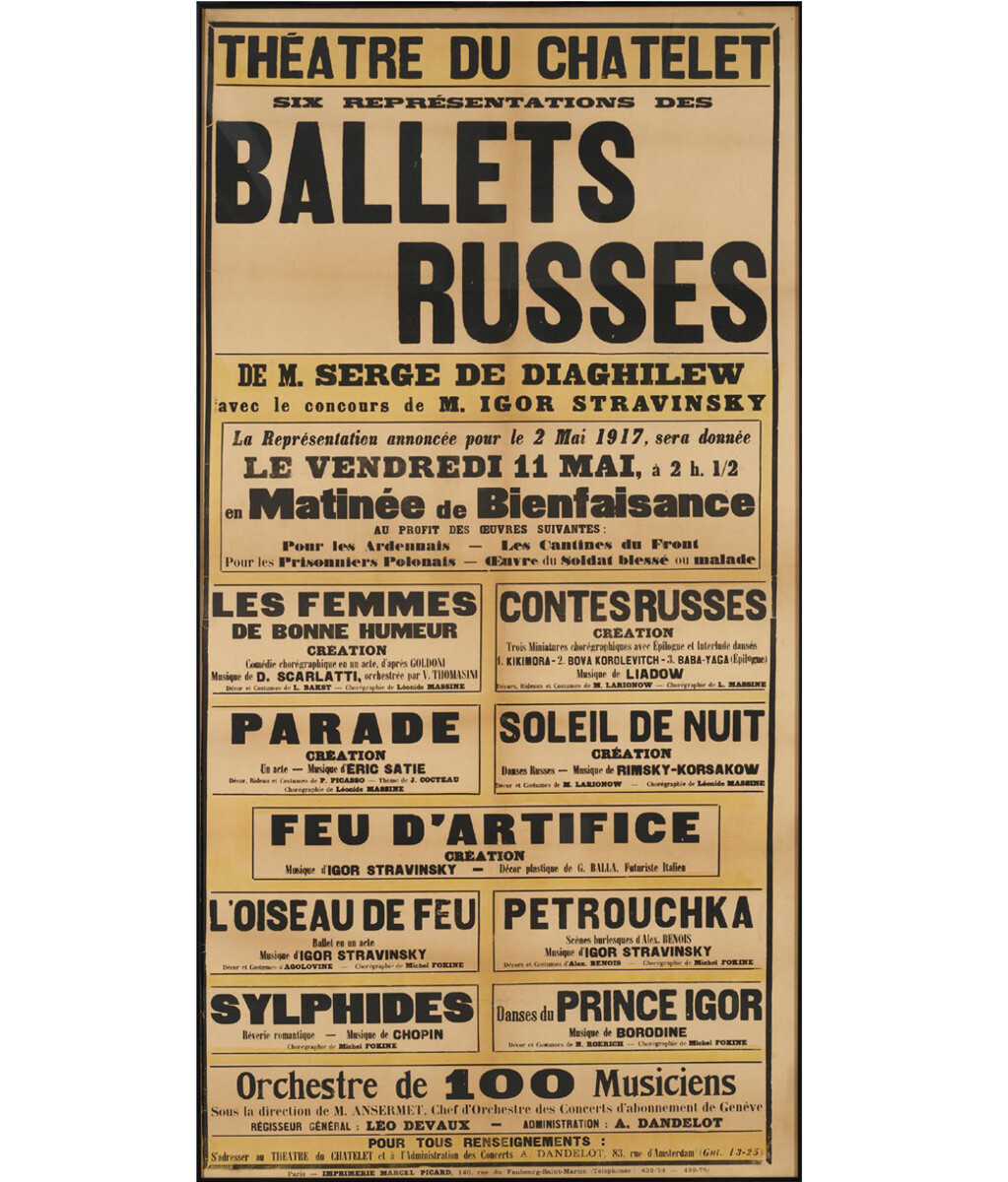 Tamara Karsavina in the leading role of The Firebird. Paris, 1910 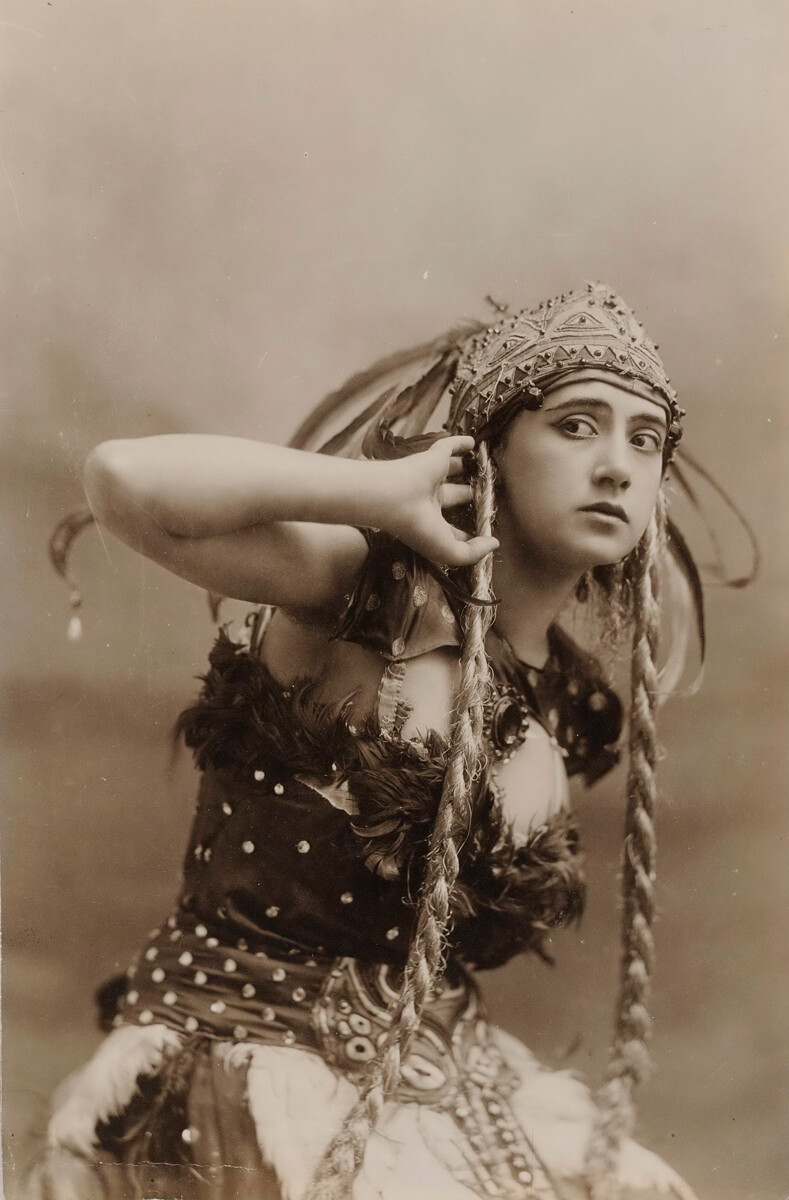 Adolphe Bolm as the Archer in the ballet Polovtsian Dances. Paris, 1909 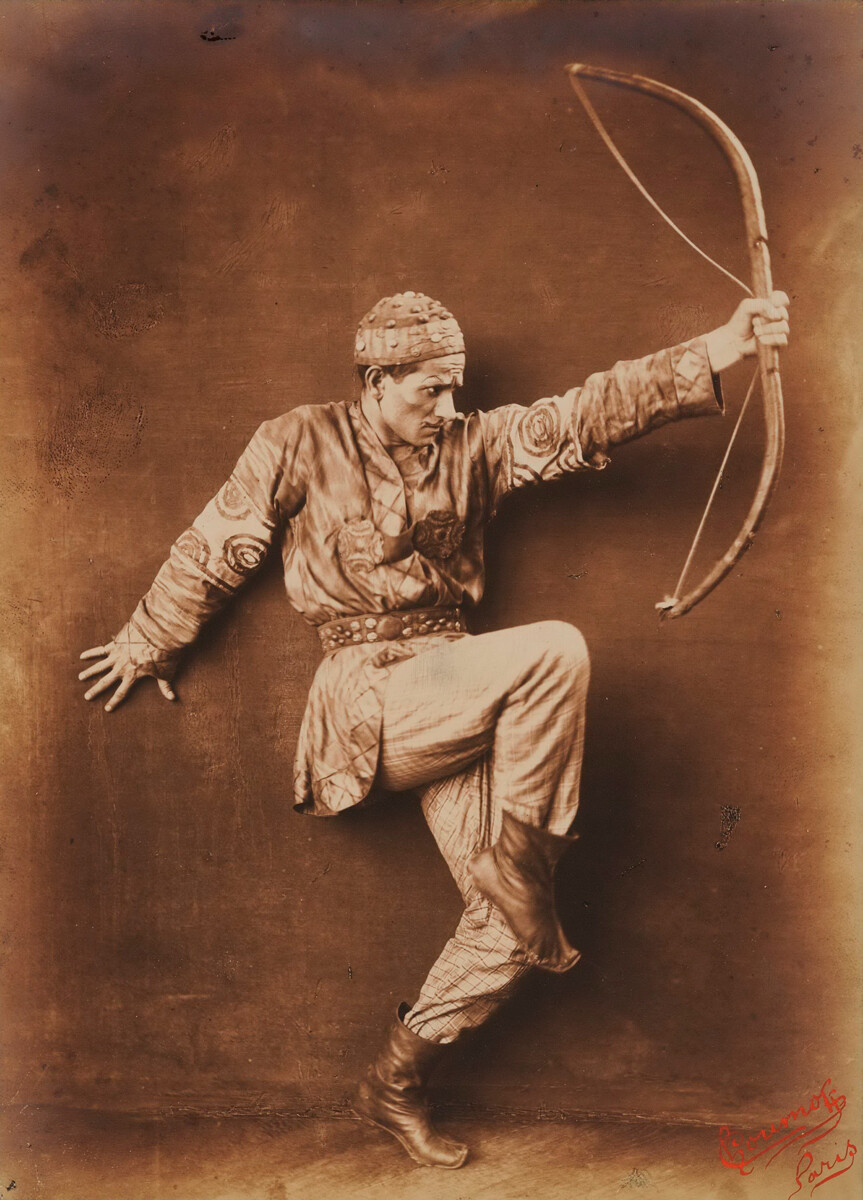 A scene from the performance of Russian Tales. Paris, 1918 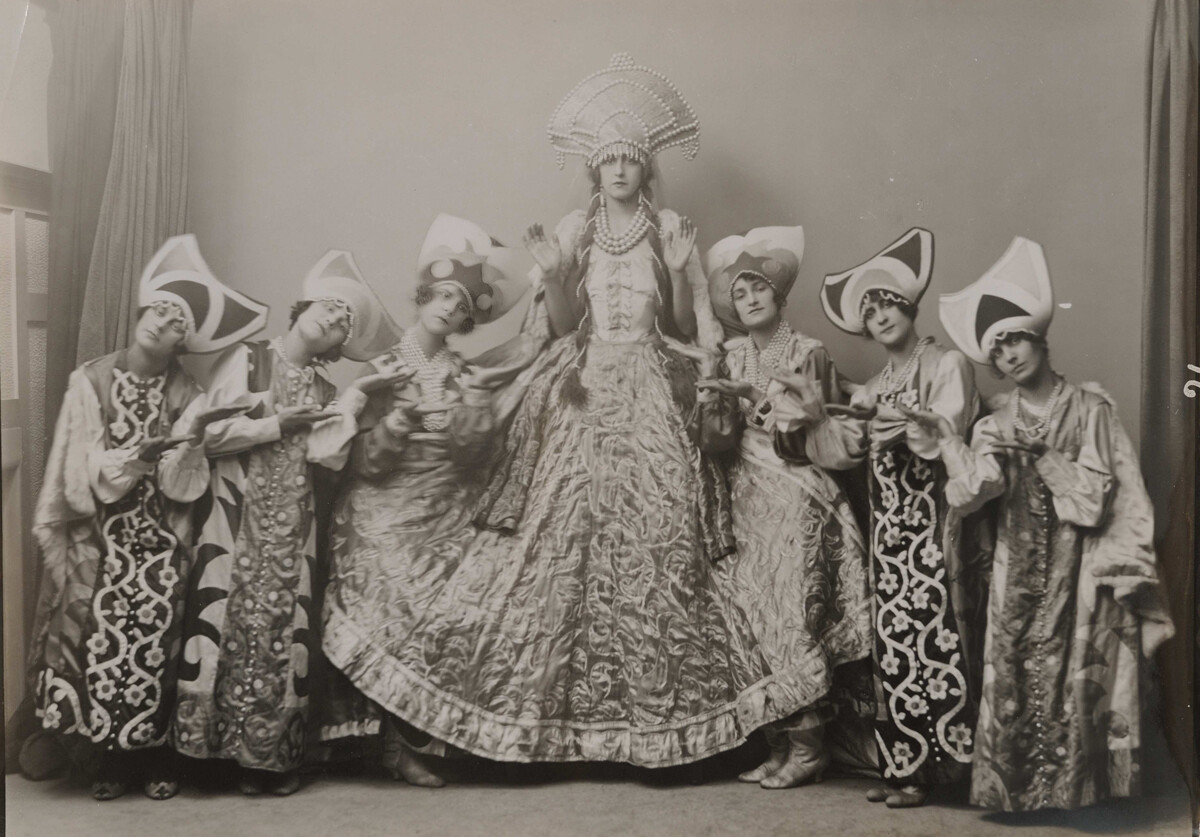 Lydia Sokolova as the Chosen One in The Rite of Spring. Paris, 1920 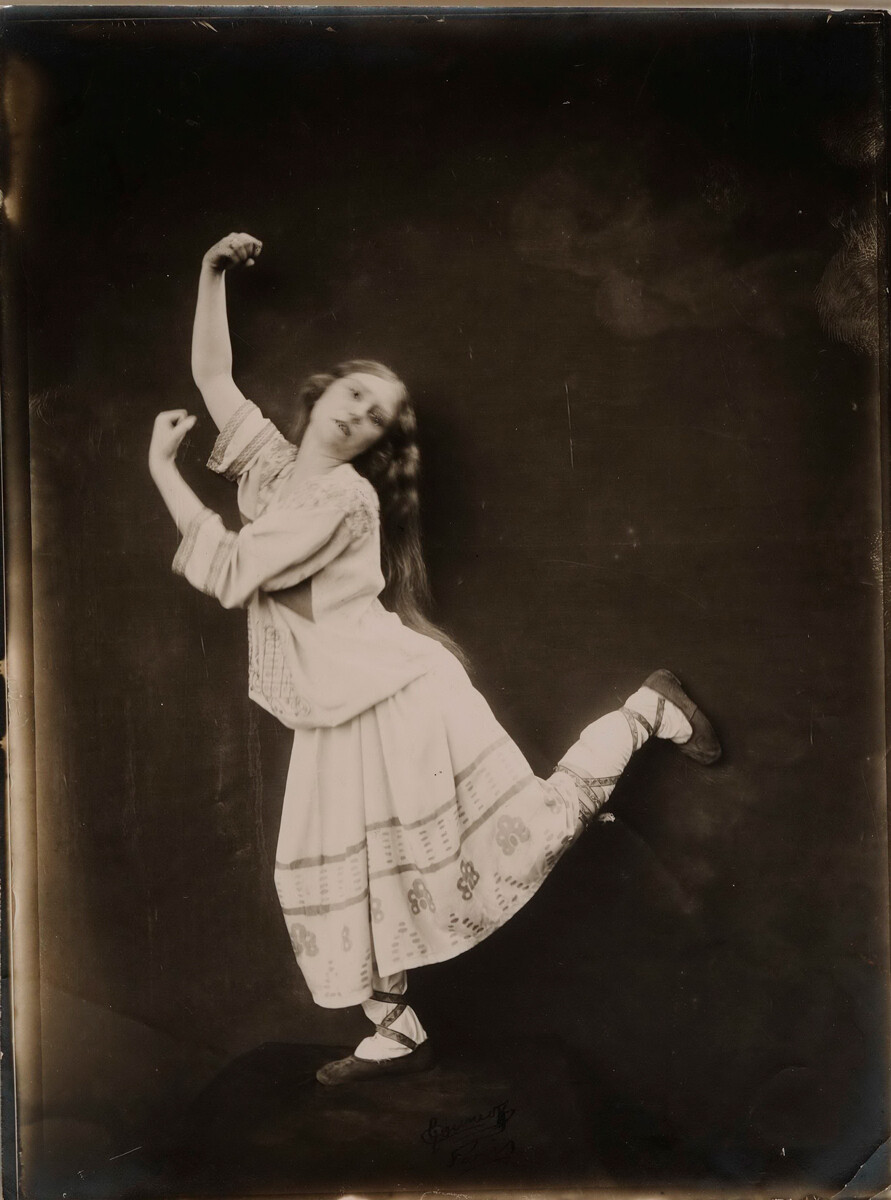 Lydia Sokolova and Tadeusz Slawinski in The Tale of the Buffoon. London, 1921 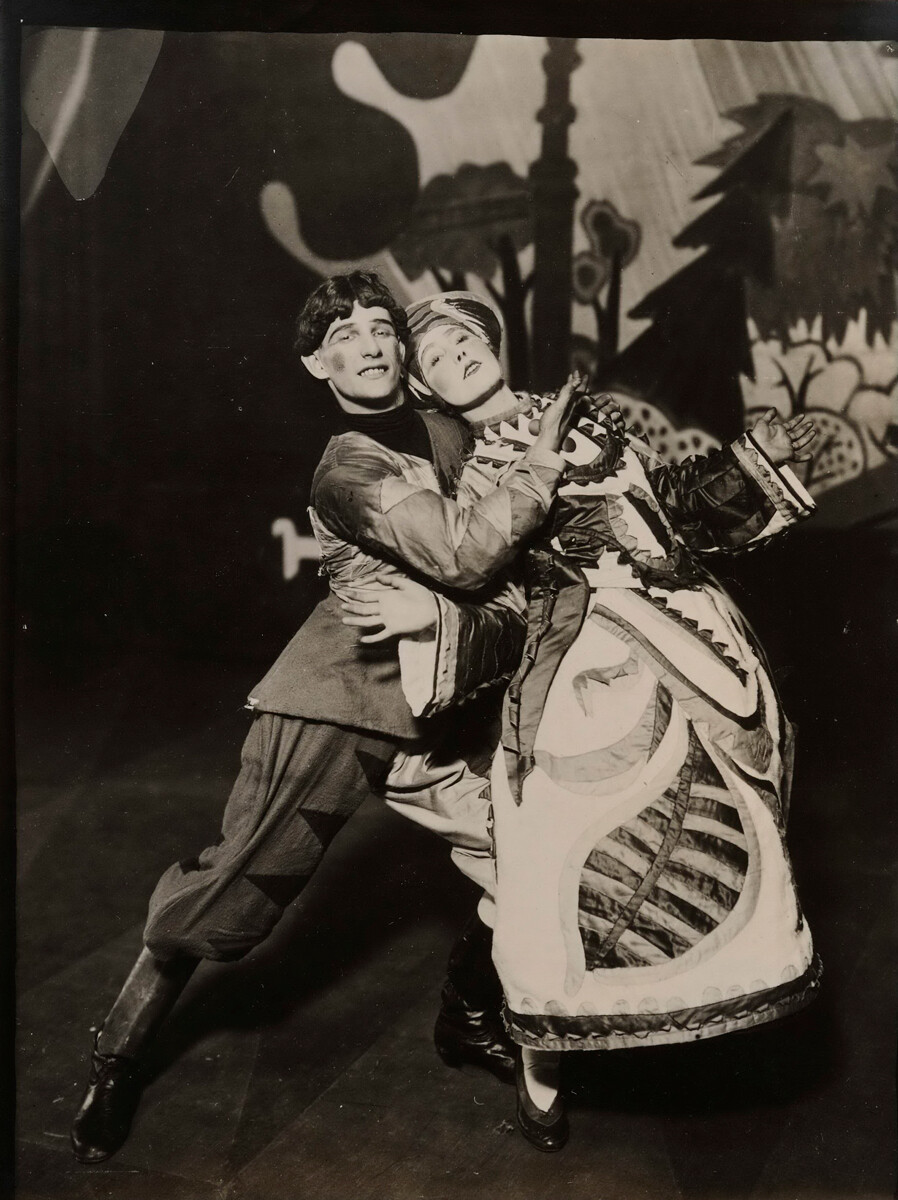 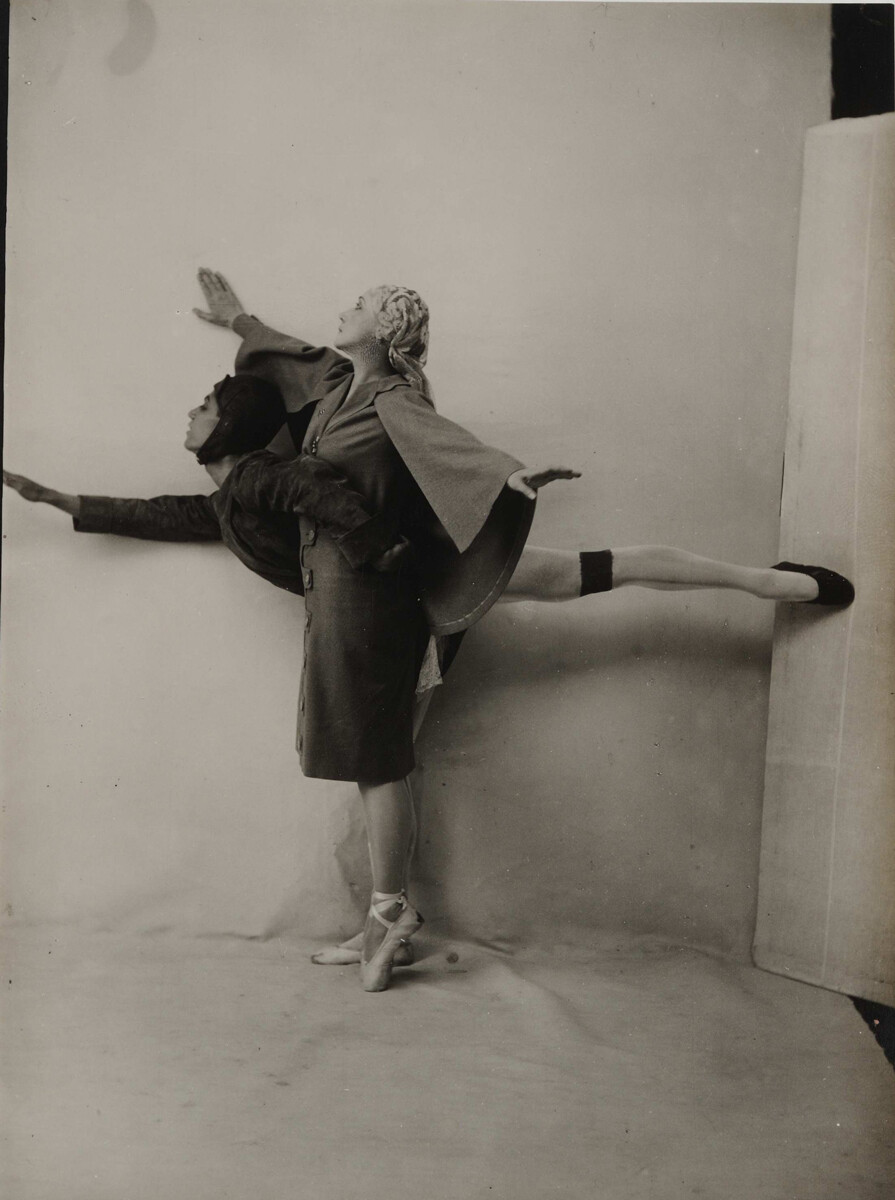 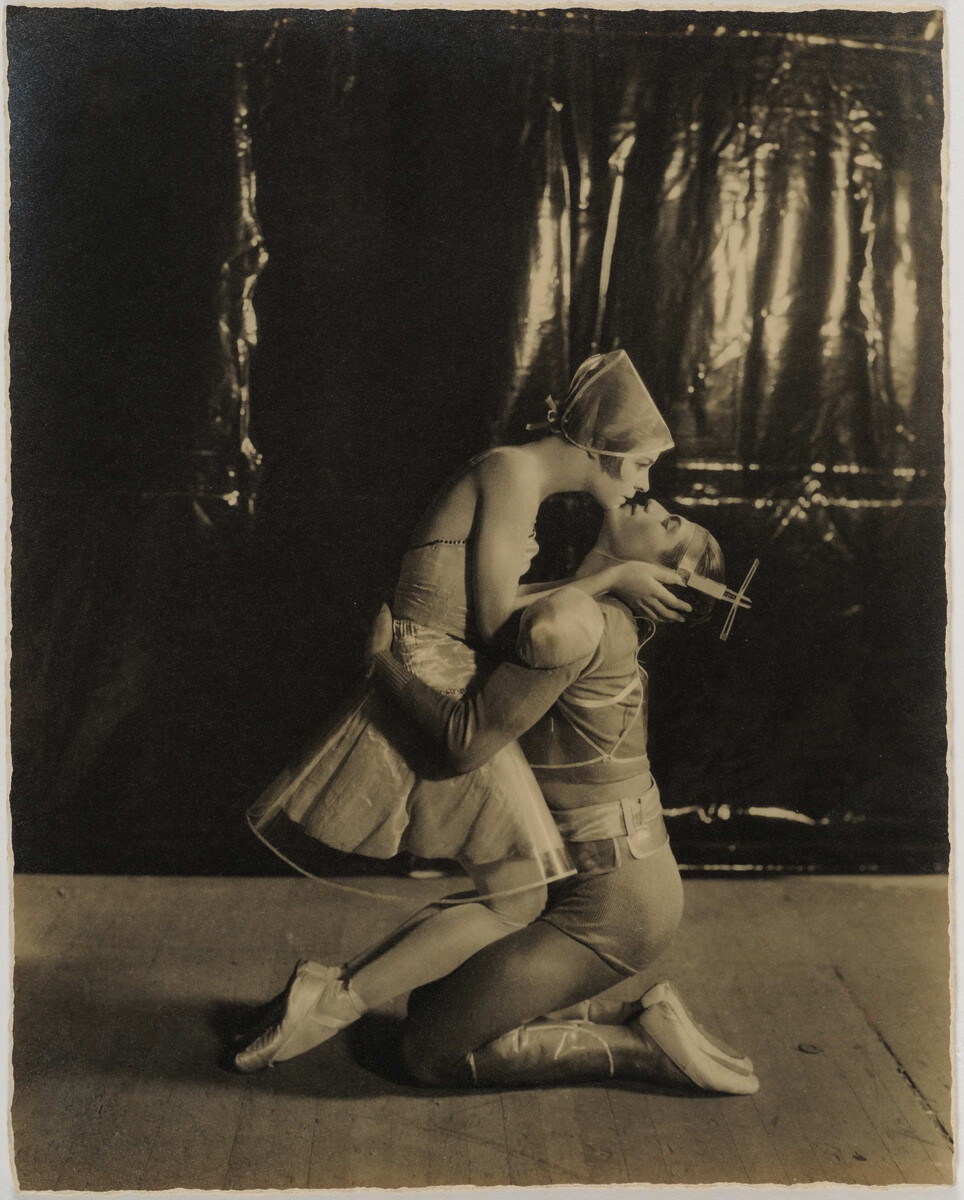 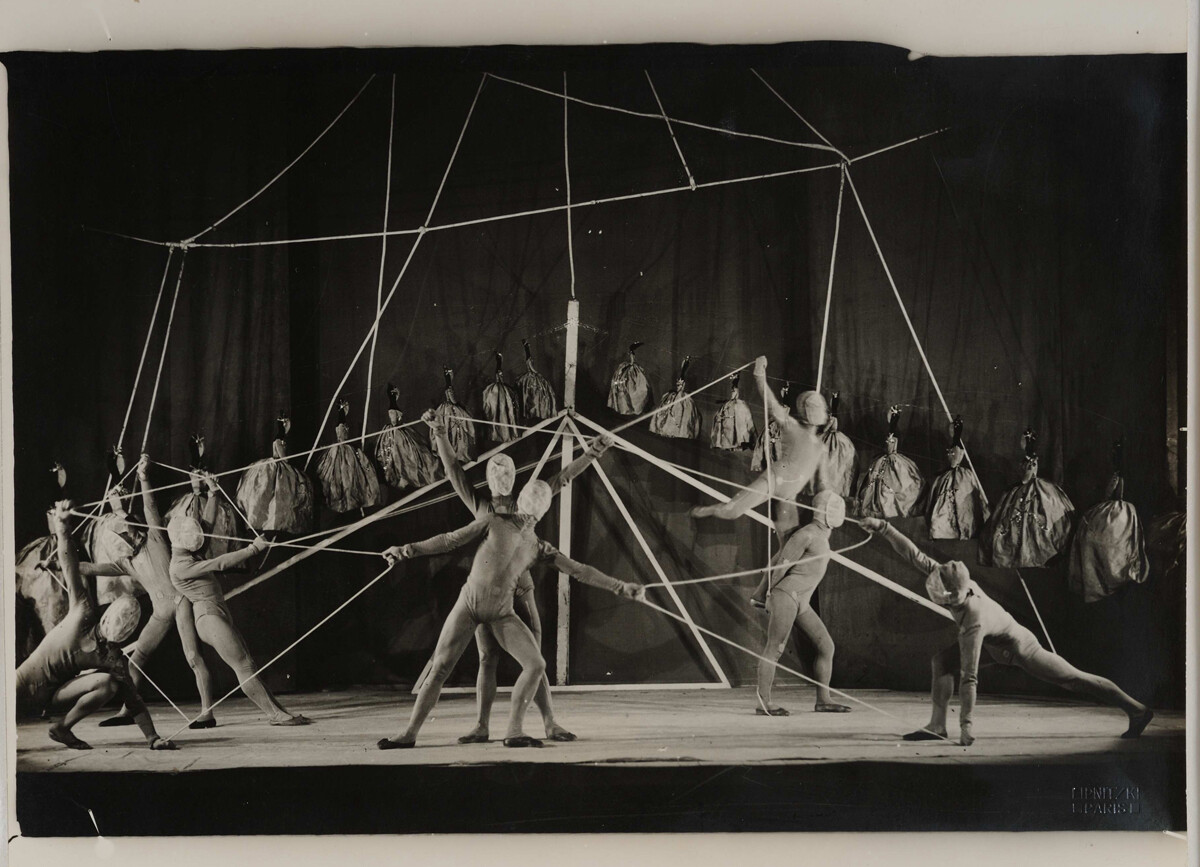 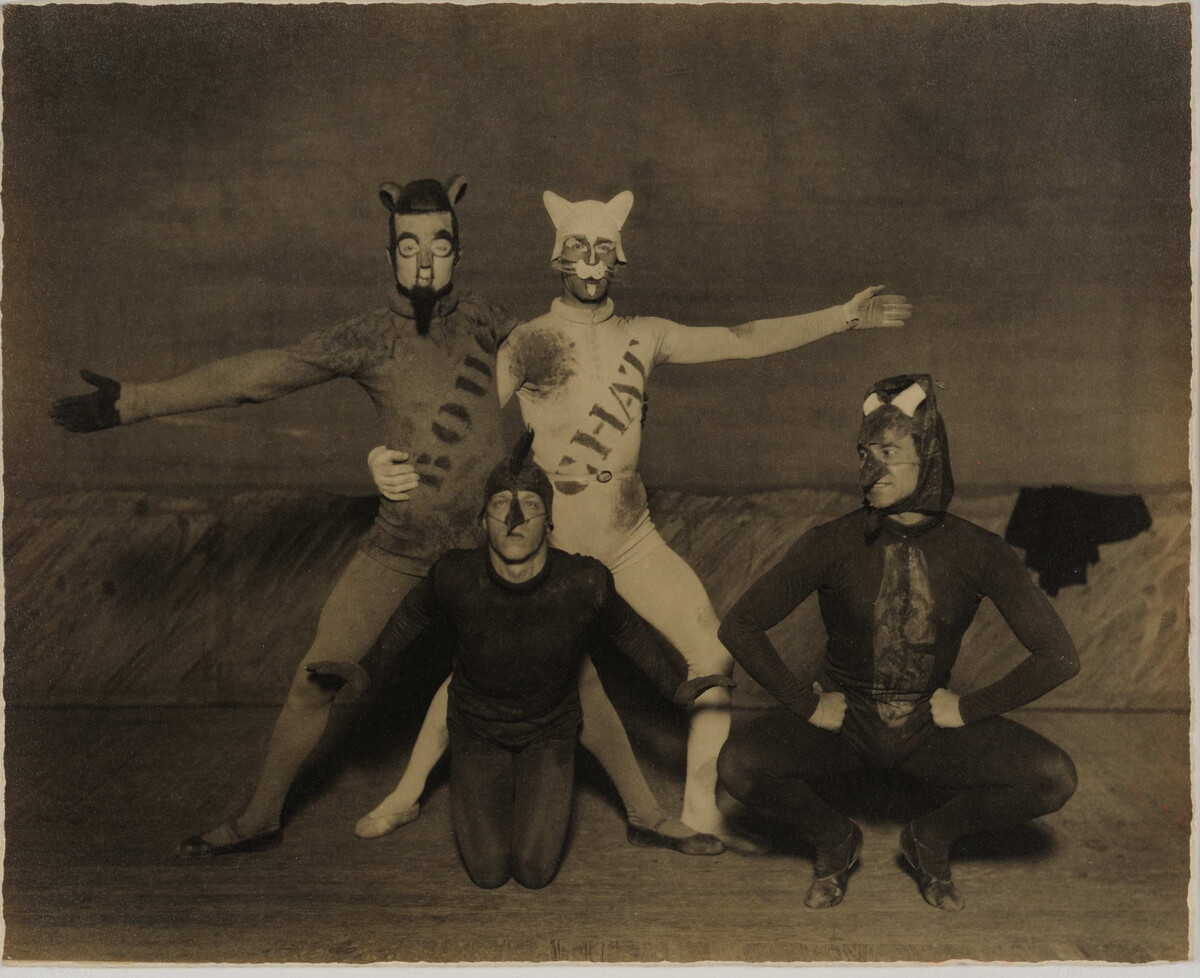 Rehearsal of the ballet Liturgy. Paris, 1915 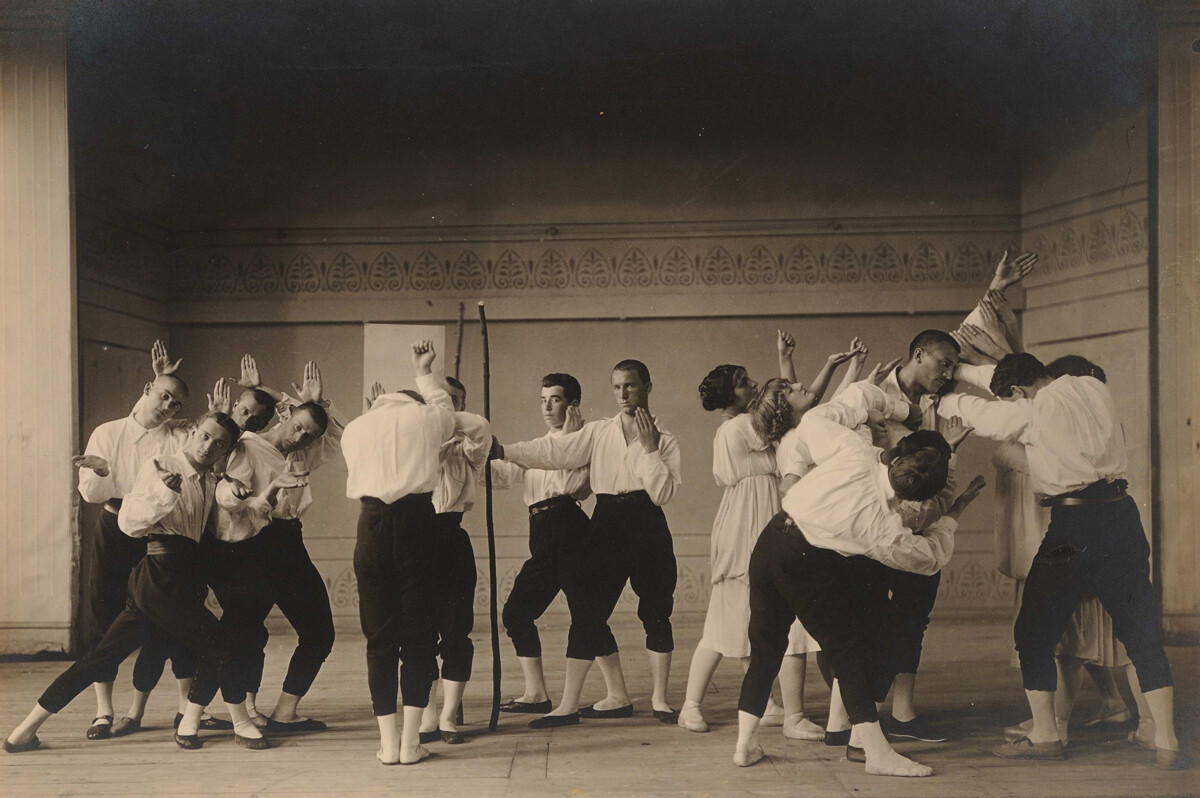 The exhibition “Diaghilev. The dress rehearsal” is held at the Tretyakov Gallery until February 5, 2023