Not the Avengers: How Russian superheroes are created 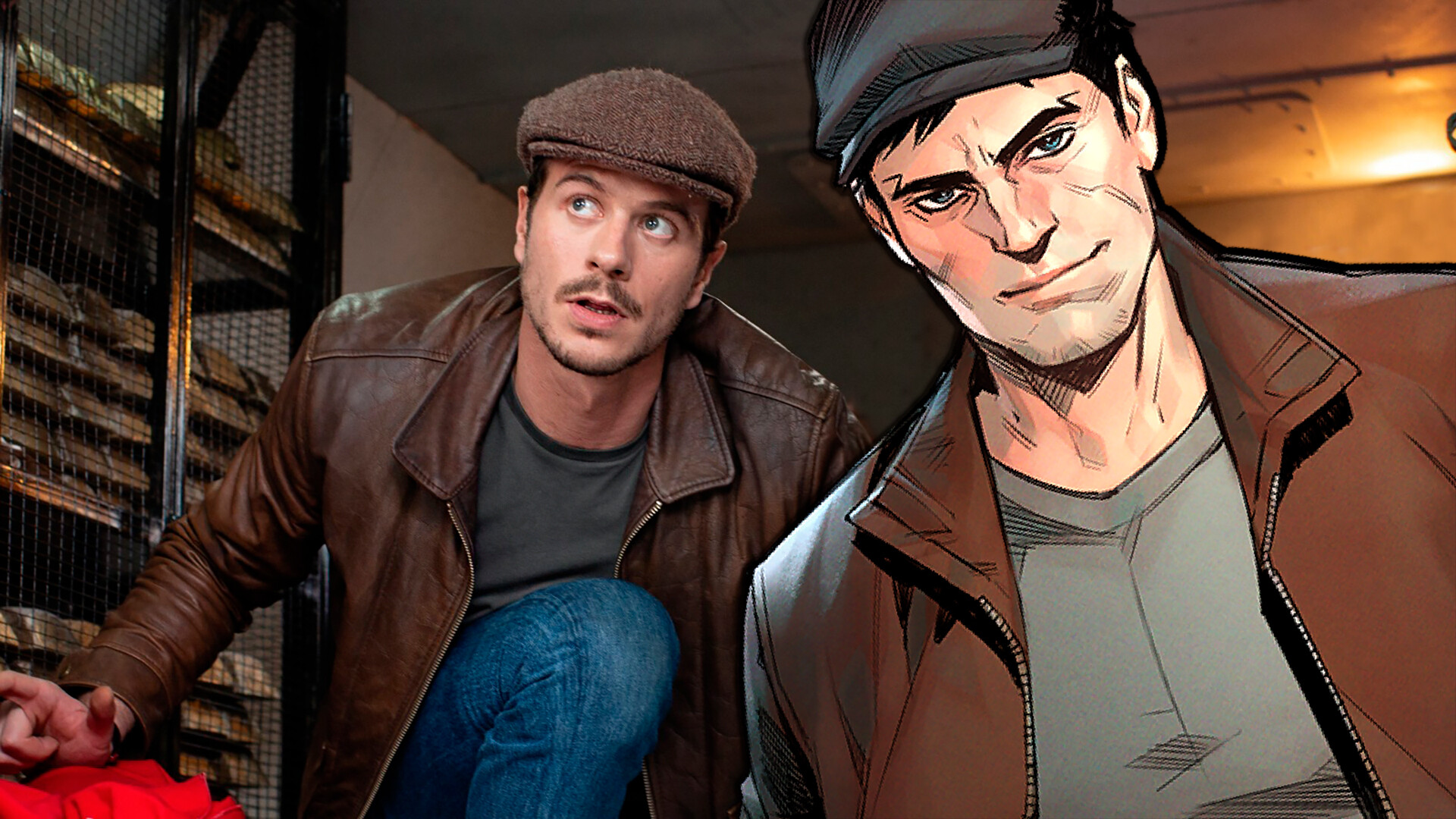 Bubble Comics
The most popular Russian superhero can’t boast of any superpowers, and his creators often complain about their company’s undesired moniker, “Russia’s Marvel”. Read below about how the publishing house, Bubble Comics, is building a popular comics culture in modern Russia.

Igor Grom seems to be an ordinary police officer living and working in St. Petersburg.While an avid fighter against crime, he has no superpowers except the uncanny ability to quickly analyze any situation and predict the most probable course of events. “A superhero is not one who has superpowers, but the one who defeats the super-mighty villain,” comments another comics heroine when speaking about Grom.

Grom is the most popular superhero created in Russia. To date, Bubble Comics, whose authors invented this character, has published over 150 issues in the series about his adventures. On January 1, 2023, a new movie is hitting cinema screens - “Grom: A difficult childhood”. In 2021, the very first film, “Major Grom: Plague doctor”, topped Netflix’s views rating and stayed in the top 10 for half a year.

A Russian cosplayer nicknamed Kardi is one of Major Grom’s longest-standing fans. She joined Bubble’s fan community in 2015 when the comics, The Game, first appeared. 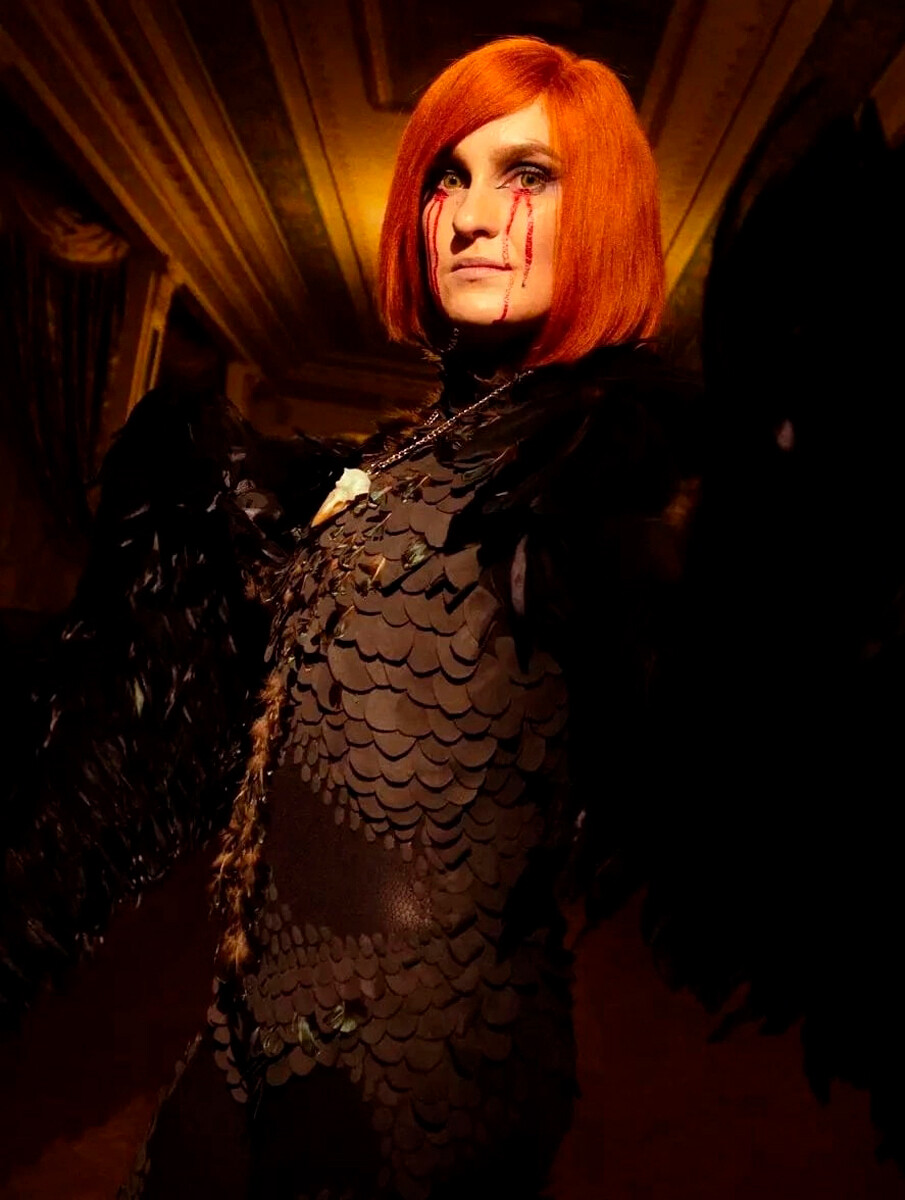 Kardi and her bird, Sereyozha, won a prize at one of the festivals.

“At the time, the fan community was young and very small, just several people, but it was very close-knit,” Kardi recounts, adding: “The comics came out regularly, but the fanhouse went quite a bit until 2018, when the first short movie came out.” As soon as the movie “Major Grom: Plague doctor” hit the screens, the fan community exploded, according to Kardi. Over 5,000 people turned up for the actors’ autograph session at the Central Children’s World store. 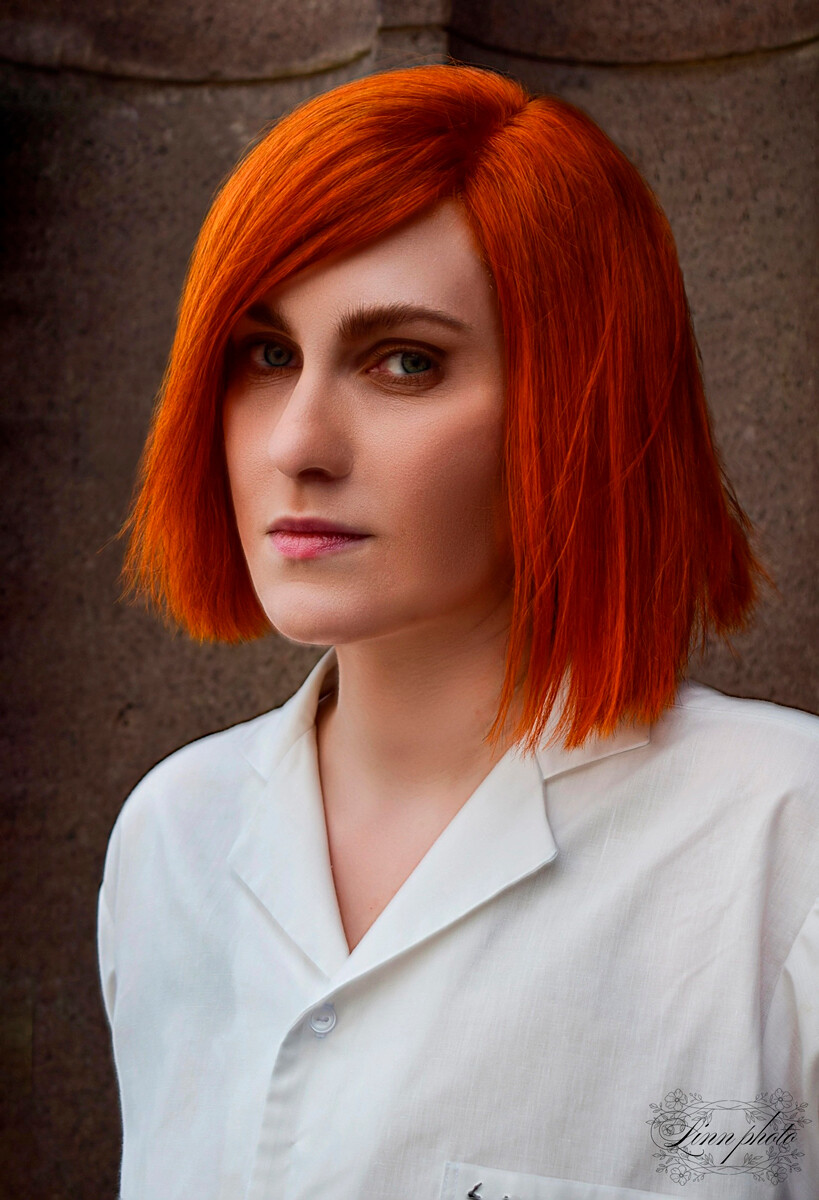 “The fan community is always about mutual support: one creates a costume - then everyone shares their joy; if another one gets an award - then it’s the same story.”

Grom is a favorite character not only among the public, but also for Artyom Gabrelyanov, the owner of Bubble Comics. He participated in writing the script: “I endowed him with many of my personality traits; I see some of my idiosyncrasies in him, which delights me.”

In 2011, Artyom, who is the son of the well-known Russian media mogul, Aram Gavrelyanov, set up Bubble as part of his father’s News Media holding company. Later, thanks to $3 million in funding, the company was on its way to becoming self-sufficient and today it’s the largest publishing house for comics in Russia. In 2015, Artyom started Bubble Studios to bring comics to the screen. 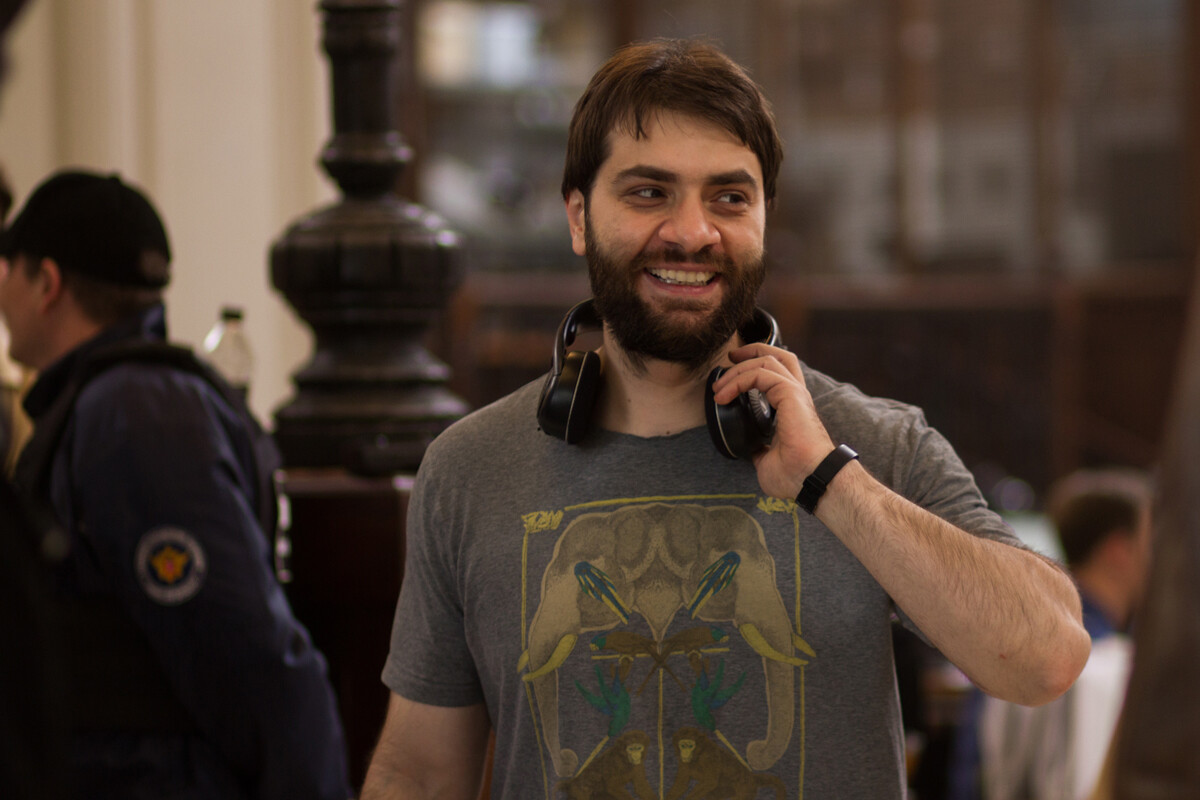 Apart from Grom, Bubble has other Russian superheroes. For instance, “Monk” - a story about Andrey Radov, who pawns his family cross to buy a car. After a traffic accident, he ends up in a coma, and on that “other side” he roams across time, guarding Rus’ against the forces of evil.

Another production is “Besoboy”: Danila battles demons who flood Moscow in their fight for Satan’s throne.

The social media community, BUBBLE Fans, was created by a student known by the pen name Kuenzov. He explains his interest in Russian superheroes: “They attract people for a number of reasons: some have a difficult life, some have outstanding design, and some exude charisma. While they exist in an absolute typical Russian reality, they are likely to be understood by foreign audiences.”

Not Marvel. Not at all

The comics culture is still in its infancy in Russia, and so, the media has dubbed Bubble as “Russia’s Marvel”, and also compared it to DC. Yet, even these American giants sometimes face obstacles when selling their paperback comics in Russia.

“Marvel’s sales can sometimes be tremendous, but there’s the occasional miss,” recounts Nikita Karpov, the owner of the store, EDGE Comics, in Perm. “There are comics that don’t sell at all, and there are those that sell out in a week. It looks like there’ll soon be much less of Marvel in the domestic market, with Russian comics standing a good chance of winning larger audiences,” he adds. 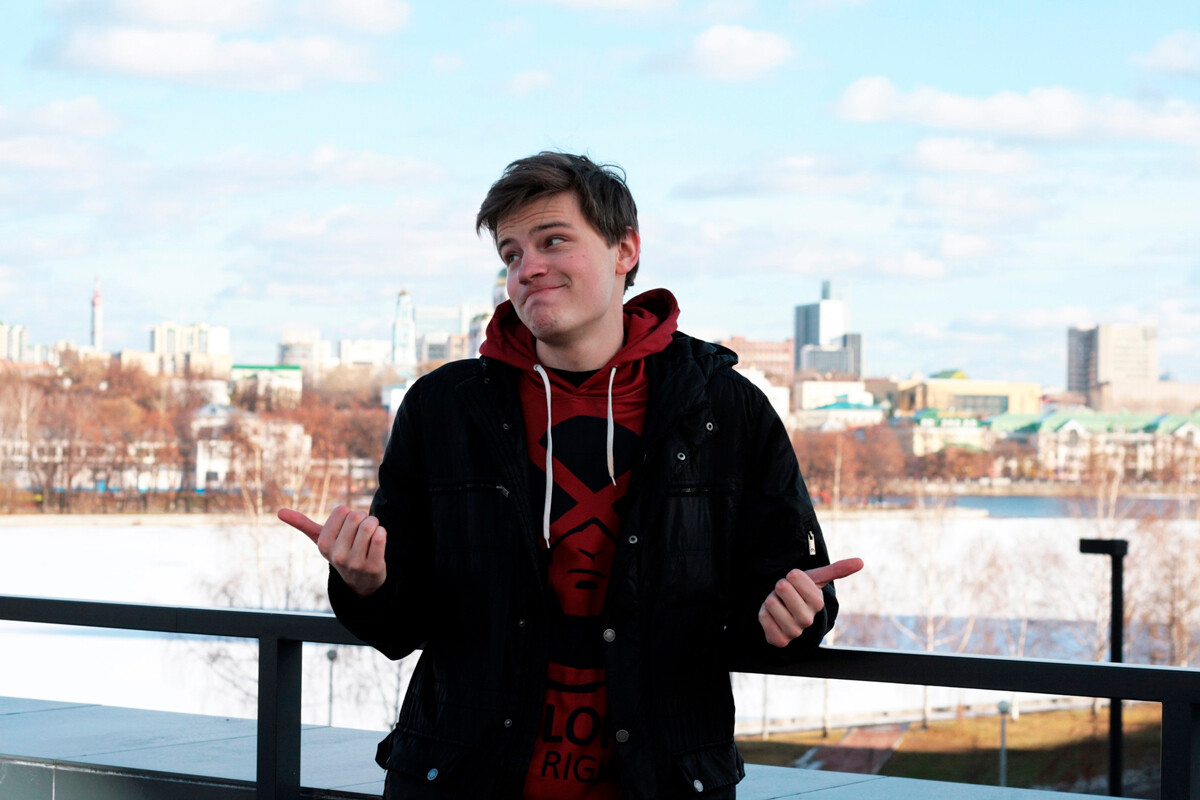 “Bubble’s stories are all original. Their goal isn’t to copy Marvel or DC; but rather, they strive to create original and interesting stories that will differ from western content. Not surprisingly, they’re still nowhere near Marvel or DC, which first emerged back in the 1930s and have since become giants in the industry,” says Kuenzov, the creator of Bubble Fans.

Artyom, however, is irked when his publishing house is compared to the two titans of American comics:

“I hate it when we are referred to as ‘Russia’s Marvel’. We have nothing in common with them, and we’ve never marketed ourselves in such a way. Moreover, our comics have a different focus in terms of themes and subject matter, and our stories are more down-to-earth,” said Artyom

Roughly 600 million roubles was spent on shooting the first movie based on the comics about Igor Grom. The creators hoped to make 1.5 billion roubles on its release so that they could then continue shooting more movies with their characters. Despite strong fan interest, the movie turned out to be a box-office flop, recouping only about half of its budget.

However, the film performed strikingly well on streaming platforms. Netflix is believed to have bought the rights for a record price, which still hasn’t been made public. Previously, the record of $1.5 million was held by the Russian TV series “Epidemic”, which means that “Grom” got at least that amount. So, in a matter of two days, Bubble’s brainchild topped the international rating, with “Major Grom” hitting the top-10 shortlist in at least 50 countries. 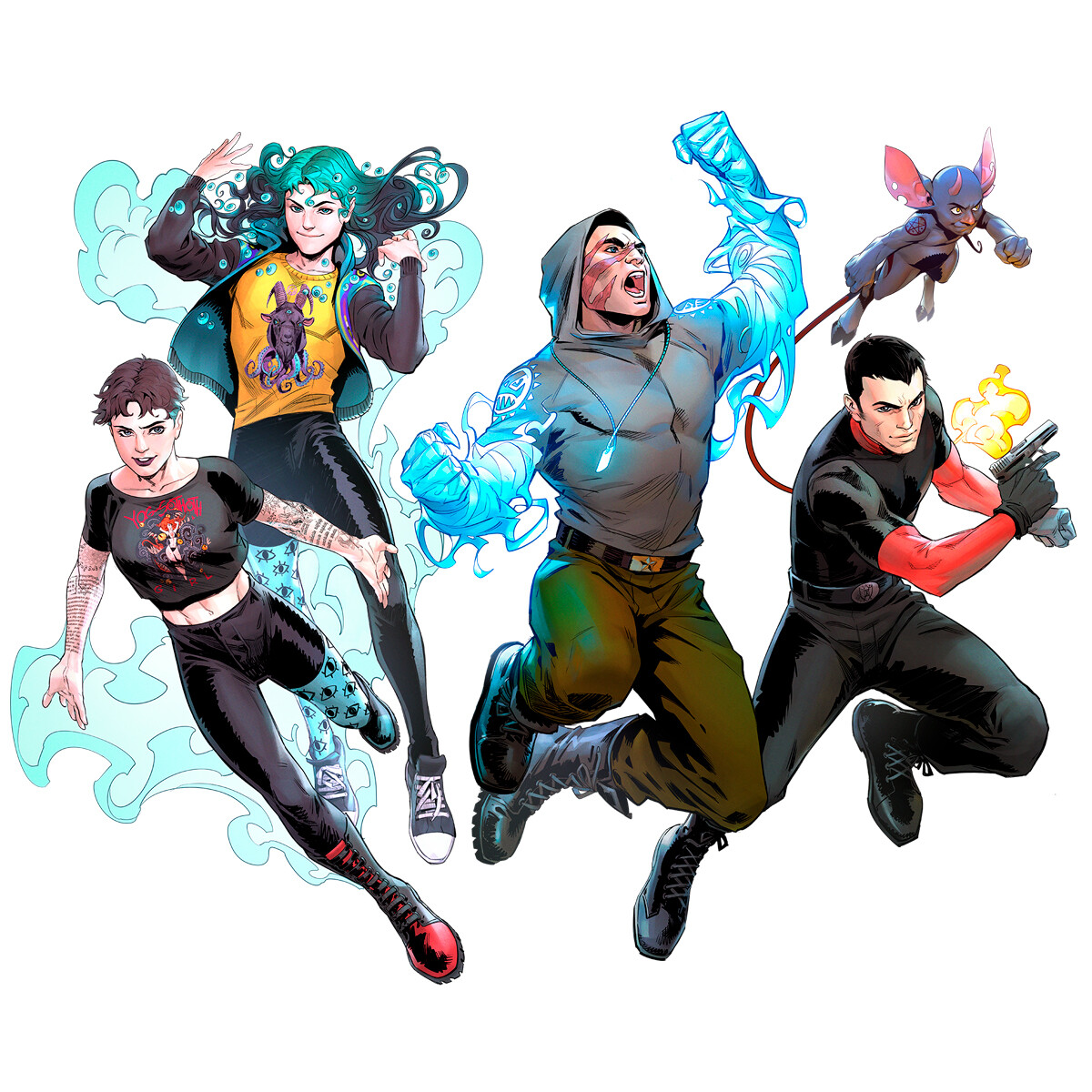 Artyom Gabrelyanov is philosophical about the failure of the first movie, saying that success in both formats wouldn’t have spurred his company’s growth, because such a crash-and-burn made his team work even harder.

“It’s easy to have your mind blown if a movie is a success, because it makes you think that whatever you do afterwards will be easy to repeat. That box-office failure, however, stopped our ego from shooting into the stratosphere.”

As a result, the second movie about Grom will only be available on a streaming platform, yet on a Russian one - Kinopoisk, a Yandex partner. Gabrelyanov looks at this positively because he believes there are too many pitfalls at the box office, especially because it’s impossible to predict if a film will be a hit or not. Kinopoisk requested Bubble Studios to shoot a short exclusive movie about Grom by New Year, however, it grew into a full-length movie.

With the second movie, the studio’s goal is to outdo the audience’s expectations. But at the same time the studio is very worried about letting them down. In contrast to “Plague doctor”, which has a lot of action, “Hard childhood” is rather slow and it lacks action, and instead tries to reveal Major Grom’s personality and show the conditions in which he grew up.

“This is not the sequel to ‘Major Grom’,” Gabrelyanov says. “There won’t be any intense emotions or much action. Comparing the two movies is like comparing a sprinter to a long-distance runner, or boxing to ballet. It’s just a different format.”

How comics came to Russia and what’s happening now

In imperial Russia, and later in the USSR, there was a special culture of satirical caricature, which was in many ways similar to comics. Yet, Soviet artists started to gravitate away from it on the grounds that it was “a harmful western influence”.  As time passed, there were only illustrated stories for children which, for instance, were published in Murzilka, a popular kids’ magazine. One could only subscribe to it through the postal service. In the end, Russians en masse came to perceive comics as a children’s genre of literature. Only in the early 2010s did things start to change. 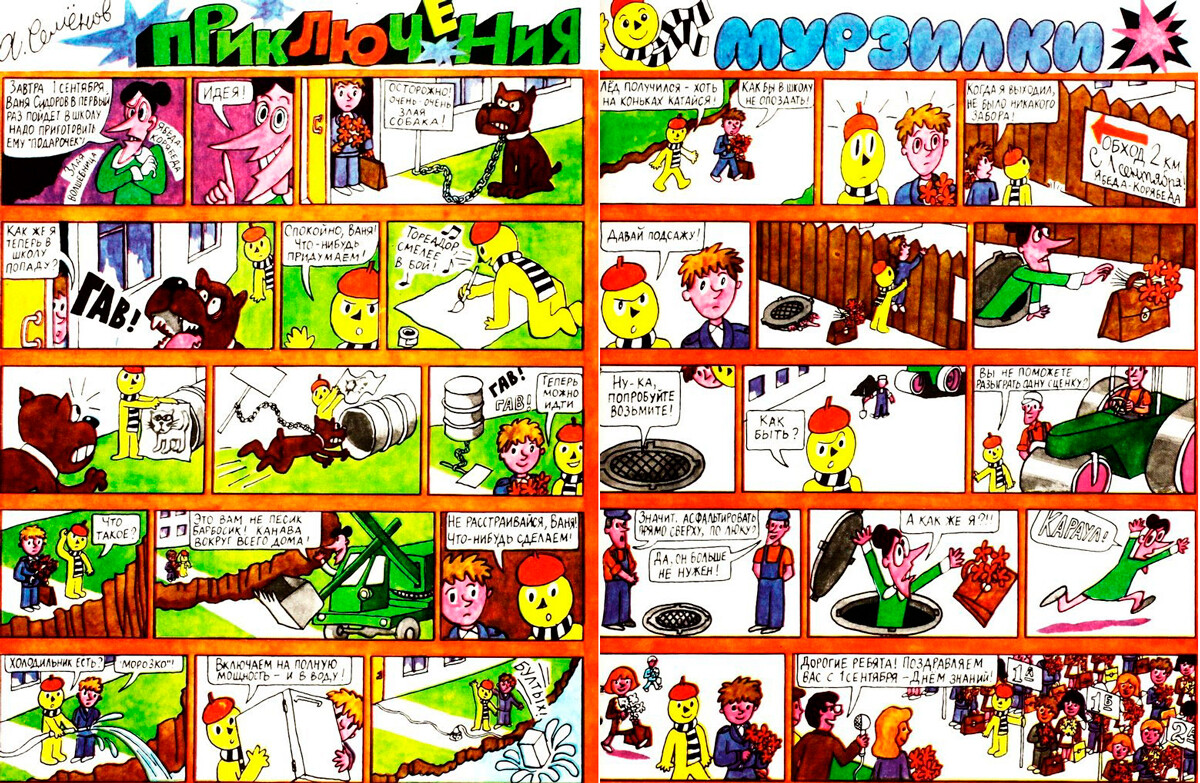 In 2011, the year Bubble Comics was founded, the first off-line comics store, “Chuk I Gik”, opened in Moscow. To this day, it retains its leading position, with other comics shops popping up all across the country. Also, it sells Marvel and DC comics, as well works by Russian artists on a wide variety of online platforms and even orders them directly from the authors via social networks.

Nikita Karpov in Perm recounts that to a large extent in its infancy the Russian comics industry was originally “fan-made”, meaning that fans set up their own publishing houses, working solely for the idea behind it. They were eager to experiment, and their main goal was to to develop the comics industry in Russia. Nowadays, however, the comics culture has largely become a corporate endeavor.

“Most small projects are run by the big publishing house, Eksmo, which has greater financial wherewithal but less freedom to experiment,” Karpov explains. Separately, an interesting model is used by the publisher Alpaka. “It came up with the idea to take works by popular authors and create comics based on them.This seems to be a win-win formula, as they can capitalize off of famous authors and characters, which attracts greater attention and boosts sales, but yet, their plots are quite predictable and mainstream,” Karpov recounts. 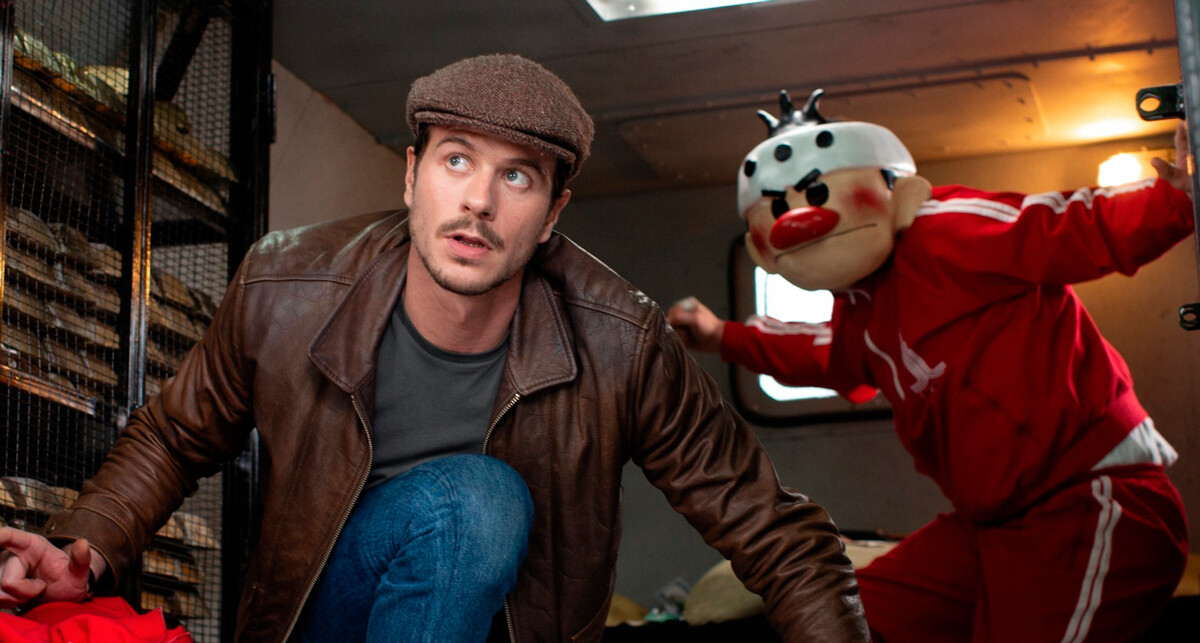 Russian comics still lack superhero stories and elements of Sci-Fi, which is the most  popular around the world, according to Karpov. “In fact, only Bubble does that, but if other publishers attempt to develop their  own superheroes, they mostly come up with parodies of them or mock them,”  he added.

Besides, in contrast to Bubble, not one of them is capable of releasing new comics on a monthly basis, since it’s too expensive to finance. Most publishing houses release separate hardcover books, and don’t bother to produce periodical editions.

Nikita also points out that readers have become much pickier: earlier, they would buy everything sold in the store, but now they carefully choose what to buy. Last but not least, other publishers lack good writers - all of them are already working for Bubble.

So, neither Artyom Gabrelyanov, nor Nikita Karpov nor Major Grom fans see any real competitors to Bubble in Russia in the near future. Oddly enough, Gabrelyanov isn’t happy about this: “Unfortunately, I can’t say that anyone has come anywhere near us in terms of the number of stories, or the audience size. I like to compete and fight for market share and quality. And so it really demotivates me when there’s nobody to look up to and pursue.”