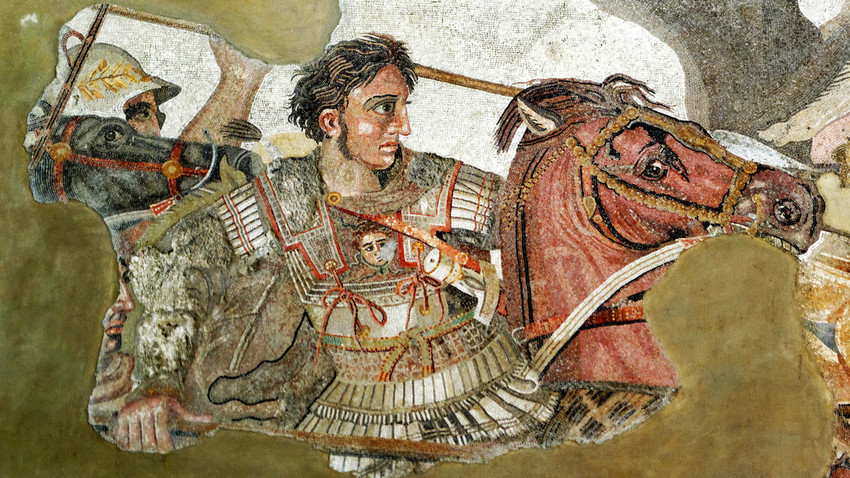 Handing victory in India to Alexander is like describing Hitler as the conqueror of Russia because the Germans advanced up to Stalingrad.

Berthold Werner
Alexander’s invasion of India is regarded as a huge Western victory against the disorganised East. But according to Marshal Georgy Zhukov, the largely Macedonian army suffered a fate worse than Napoleon in Russia.

Their most memorable clash was at the Battle of Hydaspes (Jhelum) against the army of Porus, the ruler of the Paurava kingdom of western Punjab. For more than 25 centuries it was believed that Alexander’s forces defeated the Indians. Greek and Roman accounts say the Indians were bested by the superior courage and stature of the Macedonians.

Two millennia later, British historians latched on to the Alexander legend and described the campaign as the triumph of the West against the chaotic East. Although Alexander defeated only a few minor kingdoms in India’s northwest, in the view of many gleeful colonial writers the conquest of India was complete.

In much of the country was not even known to the Greeks. So handing victory to Alexander is like describing Hitler as the conqueror of Russia because the Germans advanced up to Stalingrad.

In 1957, while addressing the cadets of the Indian Military Academy, Dehra Dun, Zhukov said Alexander’s actions after the Battle of Hydaspes suggest he had suffered an outright defeat. In Zhukov’s view, Alexander had suffered a greater setback in India than Napoleon in Russia. Napoleon had invaded Russia with 600,000 troops; of these only 30,000 survived, and of that number fewer than 1,000 were ever able to return to duty.

So if Zhukov was comparing Alexander’s campaign in India to Napoleon’s disaster, the Macedonians and Greeks must have retreated in an equally ignominious fashion. Zhukov would know a fleeing force if he saw one; he had chased the German Army over 2000 km from Stalingrad to Berlin. 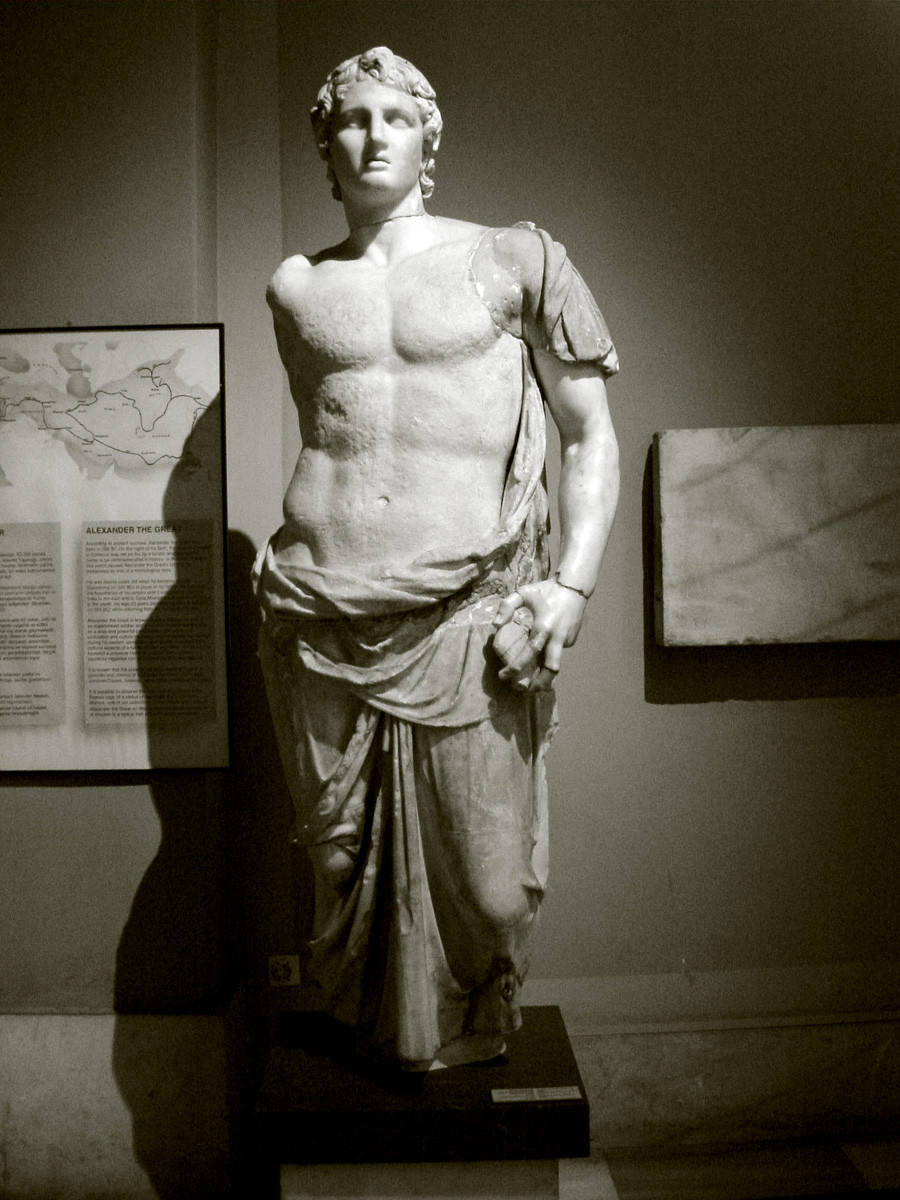 Alexander’s troubles began as soon as he crossed the Indian border. He first faced resistance in the Kunar, Swat, Buner and Peshawar valleys where the Aspasioi and Assakenoi, known in Hindu texts as Ashvayana and Ashvakayana, stopped his advance. Although small by Indian standards they did not submit before Alexander’s killing machine.

The Assakenoi offered stubborn resistance from their mountain strongholds of , and Ora. The bloody fighting at was a prelude to what awaited Alexander in India. On the first day after bitter the Macedonians and Greeks were forced to retreat with heavy losses. Alexander himself was seriously wounded in the ankle. On the fourth the king of was killed but the city refused to surrender. The command of the army went to his old mother, which brought the entire women of the area into the fighting.

Realising that his plans to storm India were going down at its very gates, Alexander called for a truce. The Assakenoi agreed; the old queen was too trusting. That night when the citizens of had gone off to sleep after their celebrations, Alexander’s troops entered the city and massacred the entire citizenry. A similar slaughter then followed at Ora.

However, the fierce resistance put up by the Indian defenders had reduced the strength – and perhaps the confidence – of the until then all-conquering Macedonian army.

Faceoff at the river

In his entire conquering Alexander’s hardest encounter was the Battle of Hydaspes, in which he faced king Porus of Paurava, a small but prosperous Indian kingdom on the river Jhelum. Porus is described in Greek accounts as standing seven feet tall.

May 326 BCE, the European and Paurava armies faced each other across the banks of the Jhelum. By all it was an awe-inspiring spectacle. The 34,000 Macedonian infantry and 7000 Greek were bolstered by the Indian king Ambhi, who was Porus’s rival. Ambhi was the ruler of the kingdom of Taxila and had offered to help Alexander on condition he would be given Porus’s kingdom.

Facing this tumultuous force led by the genius of Alexander was the Paurava army of 20,000 infantry, 2000 and 200 war elephants. Being a comparatively small kingdom by Indian standards, Paurava couldn’t have maintained such a large standing army, so it’s likely many of its defenders were hastily armed civilians. Also, the Greeks habitually exaggerated enemy strength.

According to Greek sources, for several days the armies eyeballed each other across the river. The Greek-Macedonian force after having lost several thousand soldiers fighting the Indian mountain were terrified at the prospect of fighting the fierce Paurava army. They had heard about the havoc Indian war elephants created among enemy ranks. The modern equivalent of battle tanks, the elephants also scared the wits out of the horses in the Greek cavalry.

Another terrible weapon in the Indians' was the two-meter bow. As tall as a man it could launch massive arrows able to transfix more than one enemy soldier.

The battle was savagely fought. As the volleys of heavy arrows from the long Indian bows scythed into the enemy’s formations, the first wave of war elephants waded into the Macedonian phalanx that was bristling with 17-feet long sarissas. Some of the animals got impaled in the process. Then wave of these mighty beasts rushed into the gap created by the first, either trampling the Macedonian soldiers or grabbing them by their trunks and presenting them up for the mounted Indian soldiers to cut or spear them. It was a nightmarish scenario for the invaders. As the terrified Macedonians pushed back, the Indian infantry charged into the gap.

In the first charge, by the Indians, Porus’s brother Amar killed Alexander’s horse Bucephalus, forcing Alexander to dismount. This was a big deal. In battles outside the elite Macedonian bodyguards had not allowed a single enemy soldier to deliver so much as a scratch on their king's body, let alone slay his mount. Yet in this battle Indian troops not only broke into Alexander’s inner cordon, they also killed Nicaea, one of his leading commanders.

According to the Roman historian Marcus Justinus, Porus challenged Alexander, who charged him on horseback. In the ensuing duel, Alexander fell off his horse and was at the mercy of the Indian king’s spear. But Porus dithered for a second and Alexander’s bodyguards rushed in to save their king.

Plutarch, the Greek and biographer, says there seems to have been nothing wrong with Indian morale. Despite initial setbacks, when their vaunted chariots got stuck in the mud, Porus’s army “rallied and kept resisting the Macedonians with unsurpassable bravery”.

Although the Greeks claim victory, the fanatical resistance put up by the Indian soldiers and ordinary people everywhere had shaken the nerves of Alexander's army to the core. They refused to move further east. Nothing Alexander could say or do would spur his men to continue eastward. The army was close to mutiny.

Says Plutarch: “The combat with Porus took the edge off the Macedonians’ courage, and stayed their further progress into India. For having found it hard enough to defeat an enemy who brought but 20,000 foot and 2000 horse into the field, they thought they had reason to oppose Alexander's design of leading them on to pass the Ganges, on the further side of which was covered with multitudes of enemies.”

The Greek historian says after the battle with the Pauravas, the badly bruised and rattled Macedonians panicked when they received information further from Punjab lay places “where the inhabitants were skilled in agriculture, where there were elephants in yet greater abundance and men were superior in stature and courage”.

Indeed, on the other side of the Ganges was the mighty kingdom of Magadh, ruled by the wily Nandas, who commanded one of the most powerful and largest standing armies in the world. According to Plutarch, the courage of the Macedonians evaporated when they came to know the Nandas “were awaiting them with 200,000 infantry, 80,000 , 8000 war chariots and 6000 fighting elephants”. Undoubtedly, Alexander’s army would have walked into a slaughterhouse.

Hundreds of from the Indian heartland, Alexander ordered a retreat to great jubilation among his soldiers.

The celebrations were premature. On its way south towards the sea, Alexander's army was constantly harried by Indian partisans, and kingdoms.

In a campaign at Sangala in Punjab, the Indian attack was so ferocious it completely destroyed the Greek cavalry, forcing Alexander to foot. In the next battle, against the Malavs of Multan, he was felled by an Indian warrior whose arrow pierced the Macedonian’s breastplate and ribs.

Says Military History magazine: “Although there was more fighting, Alexander’s wound put an end to any more personal exploits. Lung tissue never fully recovers, and the thick scarring in its place made every breath cut like a knife.”

Alexander never recovered and died in Babylon (modern Iraq) at the age of 33.

Read more: How an Indian sailor trained in a secret mission in Vladivostok>>>