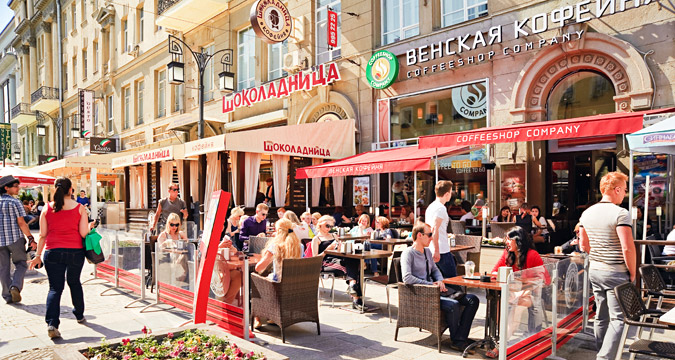 Restaurants and cafes in cental Moscow.

Lori/Legion Media
Russian stores and restaurants are actively changing their English names to Russian ones. RBTH tries to find out why.

Just recently the streets of Moscow and other big cities were filled with signs in foreign languages. Local restaurants, cafes, hotels and stores had such names as White Rabbit, Boston Seafood & Bar, Paris, Rendez-vouz or La Taverna.

Even establishments that were familiar to the Russian ear often would write their signs with Latin letters in order to give it character and provide it with a foreign luster. However, recently the trend has changed. More and more stores and restaurants are writing their names with Cyrillic letters or are changing them to Russian ones altogether.

Living behind the Iron Curtain, Soviet people were used to thinking that everything foreign was of the highest quality and unattainable, which is why goods from abroad were always coveted. 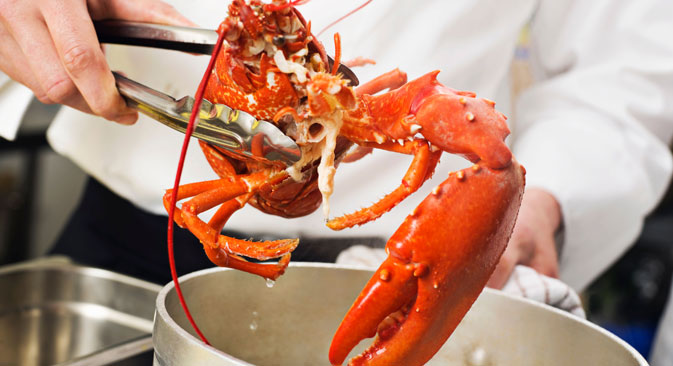 After the collapse of the USSR and the arrival of the market economy it became trendy in Russia to call everything with an English, French or even Italian name. Greenfield tea, Chester shoes, American Spirit jeans and the popular Carlo Pazolini shoe brand all have one thing in common: they have no relation to the West, however they make the consumer feel as if he or she belongs to it.

The super elite Belgravia residential complex in the center of Moscow tries convince its well-to-do residents that they live in London, while the new Avenue 77 building provides the sensation of being in Manhattan. St. Petersburg is no different. The city also has elite buildings such as the Marseilles, Alexandria, Vienna, Venice, English Boulevard and London Park.

However, recently the situation has started changing and more signs are now appearing in Russian. Either the public has realized that no matter how much you call yourself London you will not get any better or cleaner or people have simply developed a sense of self-awareness. In all likelihood, the cooling in relations between Russia and the West has also played a big role in this turnaround.

“We work in Russia and we are tired of American names,” says Ruslan Mikhailov, co-founder of the Masterskaya Piroga bakery. “Of course, you can pretend to be a cool brand by using an English name. Many Russian companies that produce their goods in China do this. But we thought: why not create a Russian brand?” 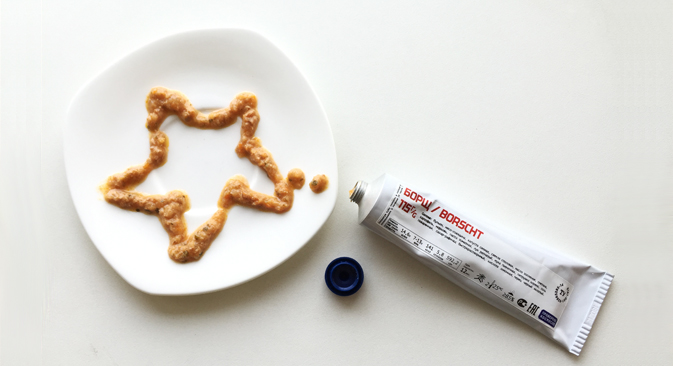 The creators of Russian brands are trying to engender not only a desire in the consumer to “buy Russian” but also to stress the superiority of the local quality and freshness of their products in comparison to Western ones. At Masterskaya Piroga they say that cheesecakes imported from American companies can last more than a year in the freezer due to their preservatives, while Masterskaya Piroga's products are fresh and made with natural and fresh ingredients.

“We know every farmer personally, as well as all the details of how the product was made,” says one of the restaurant's commandments. “The transparency of the product's origin is a fundamental principle for us.”