Is Russia a rich country or a poor one? 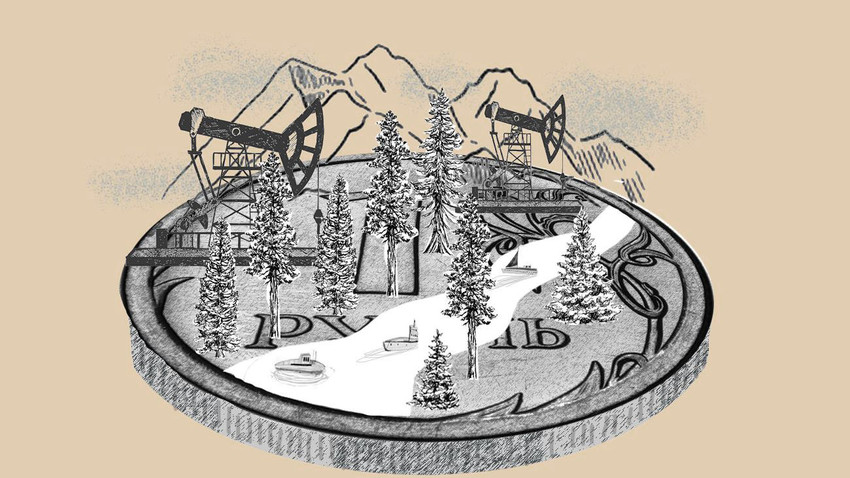 Both richness and poorness can be really relative in Russia

Ekaterina Lobanova
Russia is full of enigmas and contradictions, which is confirmed by the number of Google searches made by many foreigners who simultaneously ask why some Russians are so fabulously rich and many their compatriots are very poor

In 2016, singer Robbie Williams shot a video to his song, “Party like a Russian,” in which he pokes fun at the extravagant lifestyle of wealthy Russians. Meanwhile, as The Guardian  same year, the number of Russians living below the poverty level has increased since 2014. So, just how rich and poor is Russia?

Natural resources are the first thing that comes to mind when one thinks of Russia’s wealth. Indeed, the country has the world’s largest known reserves of natural gas – almost a fourth of the total, according to OPEC; and in 2016 it was number one in the world in oil production, according to the U.S. Energy Information Administration.

Also, no country in the world has more forests than Russia, and its fresh water supplies are second only to that of Brazil.

Economists say the abundance of oil and gas is in some ways a curse, making Russia’s economy dependent on the vagaries of global commodity prices. Therefore, the government should do everything possible to reduce the economy’s dependence on fluctuating global demand for natural resources.

The dramatic fall in oil prices between 2014 and 2016 (from $111 to $32 per barrel), together with the introduction of the West’s economic sanctions, was a major blow to the Russian economy. In 2015, Russia’s GDP fell by 2.8 percent, but in 2016 oil prices stabilized and the decline slowed, resulting only in a 0.6 percent fall, according to the Russian Statistics Agency.

Expert economists surveyed by Interfax news agency believe Russia is gradually emerging from the recession, but the country is moving toward a prolonged period of stagnation. Still, the data shows that Russians are becoming poorer, and in 2016 their real income fell by 5.9 percent compared to the previous year.

A country of inequality

“According to the Russian Statistics Agency, in recent years inequality has been declining but remains rather high in relation to other countries,” Elena Grishina, director of research of pension systems and forecasting of the social sphere at the RANEPA Institute of Social Analysis and Forecasting, told Russia Beyond.

Wealth and poverty are relative

According to the government statistics, in summer 2017 22 million Russians were classified as poor (15% of the population). Their monthly income is less than the subsistence level, which is currently 10,328 rubles ($173). Nevertheless, despite the persistent recession and the high degree of inequality, Russia’s poverty level should not be exaggerated, said Tim Worstall,  and observer at Forbes.

Analyzing an article published by the International Business Times, which mistakenly says that Russians spend half of their monthly income on food (actually, this figure is about 11-12 percent), Worstall wrote: “If Russians were spending 50 percent of their total incomes on food then we'd be expecting the place to be as poor as Bangladesh and the like: and that simply is not true nor anywhere near it.”