What languages does Putin speak? (VIDEOS) 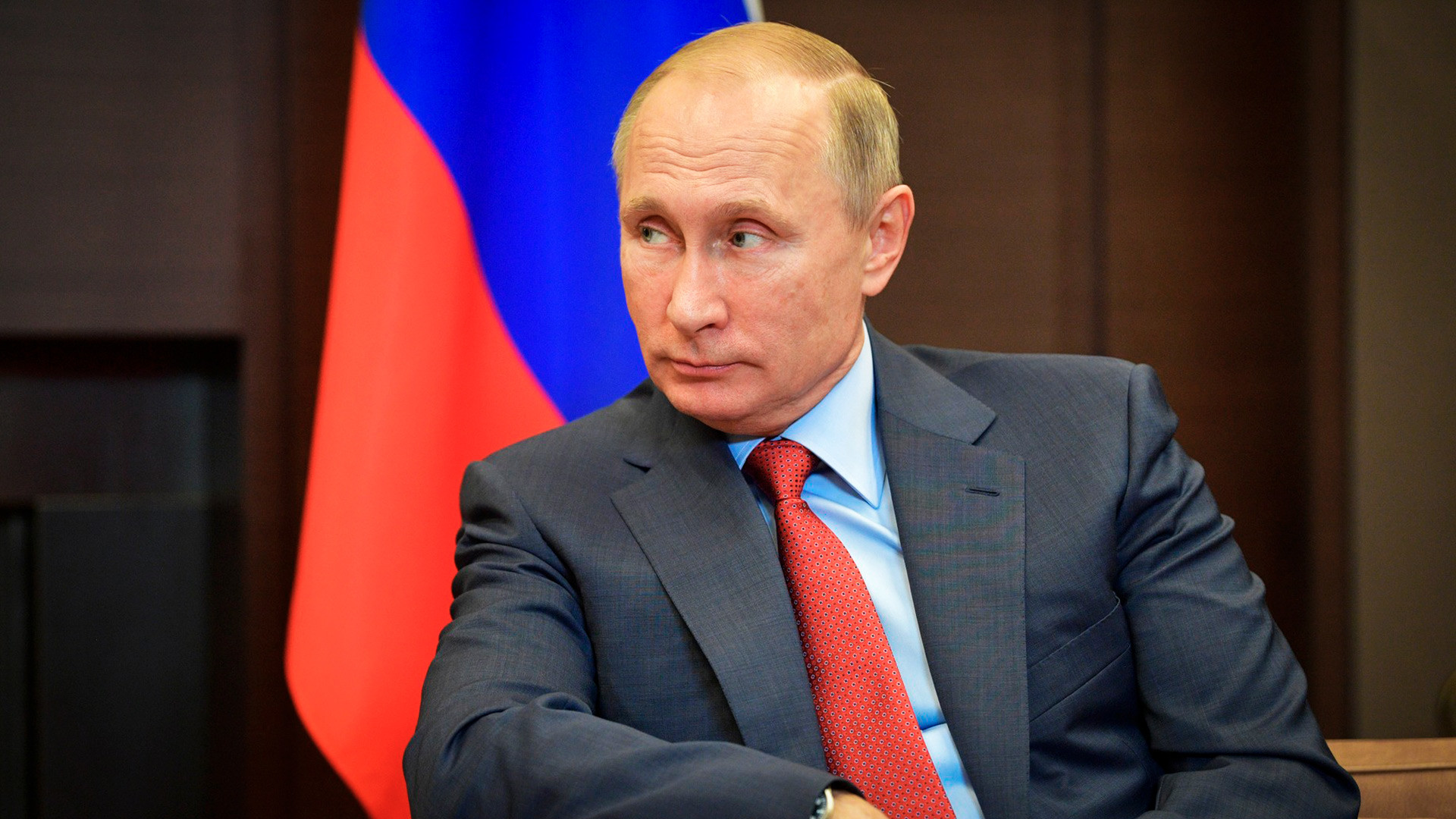 kremlin.ru
Putin’s linguistic abilities get much less coverage than his bear-riding and scuba-diving escapades. But it turns out that the Russian President is actually able to hold his own in a couple of tongues aside from his native Russian.

Having spent the last five years of the GDR’s existence stationed in Dresden, President Putin claims he learned to speak German “fairly fluently,” and it seems the evidence would attest to that. For instance, he gave an impressive 8-minute speech on terrorism before the Bundestag back in 2001:

And for naysayers who might claim that this pre-written speech is not testament to his proficiency, perhaps this clip of him stepping in as an impromptu translator for a German politician at the 2016 St. Petersburg Journalism Forum might serve as better proof:

After all, for an operative working in East Germany with the KGB, fluency in the local language would have been an absolute prerequisite.

However, the choice of language is said to be a sore point between Putin and German Chancellor Angela Merkel, who speaks Russian fluently: Despite being fluent in each other’s’ languages, neither is seemingly willing to concede which one is more fluent, and the pair end up negotiating with each other (probably unnecessarily) through the aid of translators.

Check out this awkward video from 2017, in which Merkel addresses Putin in Russian and receives a response from the President in German:

The extent of Putin’s English is one of the best-kept secrets in world politics. In the President’s own words, he can “explain himself in English a little bit,” but his Anglophone skills are seldom presented on the world stage. The only times he has done so officially have been at events promoting Russian sport and trade internationally, such as this two-and-a-half minute speech from 2013 backing Yekaterinburg’s bid for the 2020 World Expo:

He also gave a more relaxed (and seemingly more off-the-cuff) speech in Vienna in 2010 at the World Judo Championships, lavishing praise on the traditionalism of Vienna and the sport of judo itself. Watch below:

And, perhaps most famously of all, he sang Fats Domino’s “Blueberry Hill” at a 2010 charity fundraiser, much to the delight of spectator Gerard Depardieu:

Prepared speeches are not the most reliable way to measure a politician’s English proficiency, though – after all, as was discovered by bloggers in 2010, the former Sports Minister’s English speech during Russia’s 2018 World Cup bid was written out for him in Cyrillic (Russian letters).

However, the little evidence available to us suggests that the Russian President is genuinely able to hold a conversation in English. For example, he broke into English during a laid-back interview with CNN in 2008, responding to a question about US-Russian relations by simply stating, “All of us, we need preparation in some areas – we said about it during our talks, our meeting.” British photographer Platon also claims to have had an encounter with Putin in which the pair discussed The Beatles entirely in English.

When it comes to diplomacy, however, Putin opts not to take his chances. “In free discourse, at the sidelines of summits, he often speaks in English by himself,” said Kremlin Press Secretary Dmitry Peskov in 2017. “But during negotiations and when he is conducting an official meeting, of course he communicates through a translator. However, he practically understands English and sometimes even corrects the translators.”

With this in mind, we can assume that President Putin’s English is probably at least at an intermediate level, and possibly higher. Although heavily accented, there is also a slight British twang on some of his pronunciation, suggesting he probably takes lessons (just watch how he says “General Assembly” in the World Expo video – very Received English-sounding).

However, whether his refusal to speak English in diplomatic spheres (unlike Foreign Minister Sergei Lavrov) is down to astuteness or a lack of confidence is up for speculation.

Tatar, from the Republic of Tatarstan, is Russia’s second-most spoken native language (after Russian). This was celebrated by the Russian President in 2005, addressing a crowd in Kazan (the capital of Tatarstan) entirely in Tatar on the 1000th anniversary of the city’s founding. Celebrating Kazan’s contribution to Russia’s multiethnic history, Putin declared that “Kazan has played a unique role in the formation of a united people of Russia,” much to the enthusiasm of onlookers. Watch below:

Of course, this doesn’t mean that Putin has any proficiency in Tatar – indeed, the President himself translated some of the speech into Russian for those “who didn’t understand anything.” This speech was probably just a one-off, but nonetheless drew praise from then-Prime Minister of Tatarstan Rustam Minnikhanov, who allegedly his told ministers, “Since even President Putin speaks Tatar, you must all study and speak Tatar.”

Back in 2013, Kremlin Chief of Staff Sergei Ivanov claimed that he and Putin occasionally exchange phrases in Swedish. Addressing Russian newspapers Rossiiskaya Gazeta, Komsomolskaya Pravda, RBC Dailyand Gazeta.ru, Ivanov said, “The President knows German well, and I know English. Swedish is somewhere in between – he will say something in Swedish, and I will answer in the same language.”

Ivanov probably picked up some Swedish while working at the USSR’s former embassy in Helsinki, and is also alleged to have taken a Swedish class while at university in St. Petersburg.

However, it’s unclear where Putin picked up his Swedish phrases – they most likely came to him purely due to the language’s proximity to German. As Ivanov explained, “Although [Putin] is not a philologist, he loves languages and linguistics.” Nonetheless, we can infer with some confidence that Putin’s knowledge of Swedish is at a beginner level.