Train like a Russian: These simple exercises will get you lean and healthy for the summer 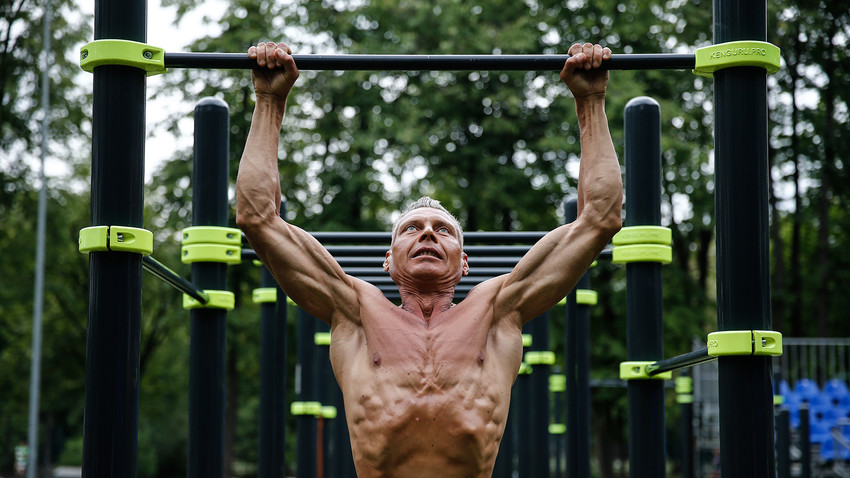 A man during a training session at Luzhniki Sports Complex. Moscow.

Alexander Shcherbak/TASS
You don’t have to kill yourself in the gym – do as the Russians do, and get in shape with this routine.

Russian weight training emphasizes working smarter rather than harder. While some people like to max out every time in the gym or go there more than once a day, Russians tend to take it a little slower, adhering to the principles of strength, skill, and stability. Get cracking on this routine and these diet suggestions as the summer heats up, and you’ll see results in no time.

The pillars of Russian training stretch back to Soviet times, when the principle of being a strong, well-rounded proletarian was a prerequisite for everyone, not just athletes and bodybuilders. Staying in shape was ingrained in everyday Soviet working life – many who grew up in the USSR will recall their morning zaryadka exercise routine conducted on the radio (check out the parody version below), while many bosses even conducted sessions with their employees in the workplace. Physical education was also extremely rigorous, with the 25-year-old Soviet male having to run 100 meters in 13 seconds to obtain his GTO certificate.

Although Soviet strongmen may not have boasted the size and supplements of their Western contemporaries, the well-roundedness of the homo sovieticus instilled in them a prioritization of healthiness and a good command of training technique. As student of Soviet training methods Michael Yessis argued, “Merely getting bigger and stronger was not the issue. Most important was how different forms of strength improved the athletes’ ultimate performance.”

The result of the Russian training mentality is therefore a mixture of strength-based and explosive aerobic training, with a heavier emphasis on fat-burning and toning than on muscle bulking. This means exercises are shorter, unvaried, and slightly less demanding, but repetitive and consistent to make sure you master your technique over time.

Let’s start with plyometrics – the system of power-building exercises devised by Soviet scientist Yuri Verkhoshansky, which partially explains the USSR’s past success in lifting events. Essentially a series of complex jumps, this equipment-free workout greatly develops muscle and joint power and can be done almost anywhere. Here are some plyometric exercises worth trying out. 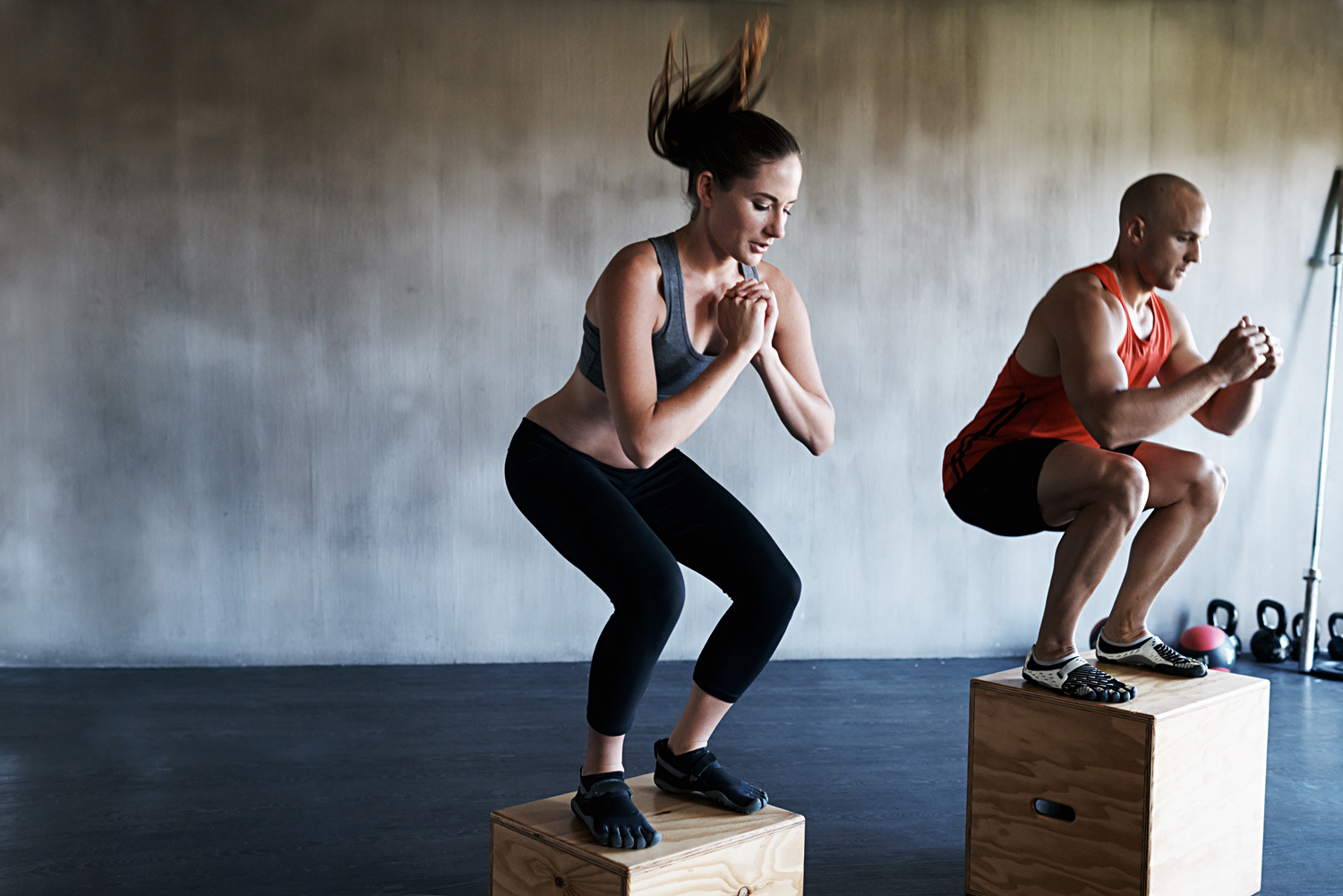 Plie squat jump – stand with your legs spread out. Lower your body into a straight squat position, then jump as high as you can, tapping your heels together in midair.

Box jump – squat to about knee-level, then jump onto a box of the same height, landing softly. Make sure to step off the box, not jump.

Lateral jumps – jump sideways over a smallish cone, immediately jumping to the other side upon landing.

Plyometric push-up – after assuming a normal push-up position, propel yourself upwards so that your hands leave the floor.

Skipping – get your skipping rope and, well, jump.

Weights. According to US-based trainer Christian Thibeaudeau, the staples of his Russian grandfather’s routine to help him with manual labor in the Soviet Union merely involved 35-minute chest and squatting exercises, four times a week. This no-frills routine demands a low number of reps at 70-80 percent of your maximum capability, with very gradual upgrades to heavier weights. The repetitiveness helps you master your technique through frequency. 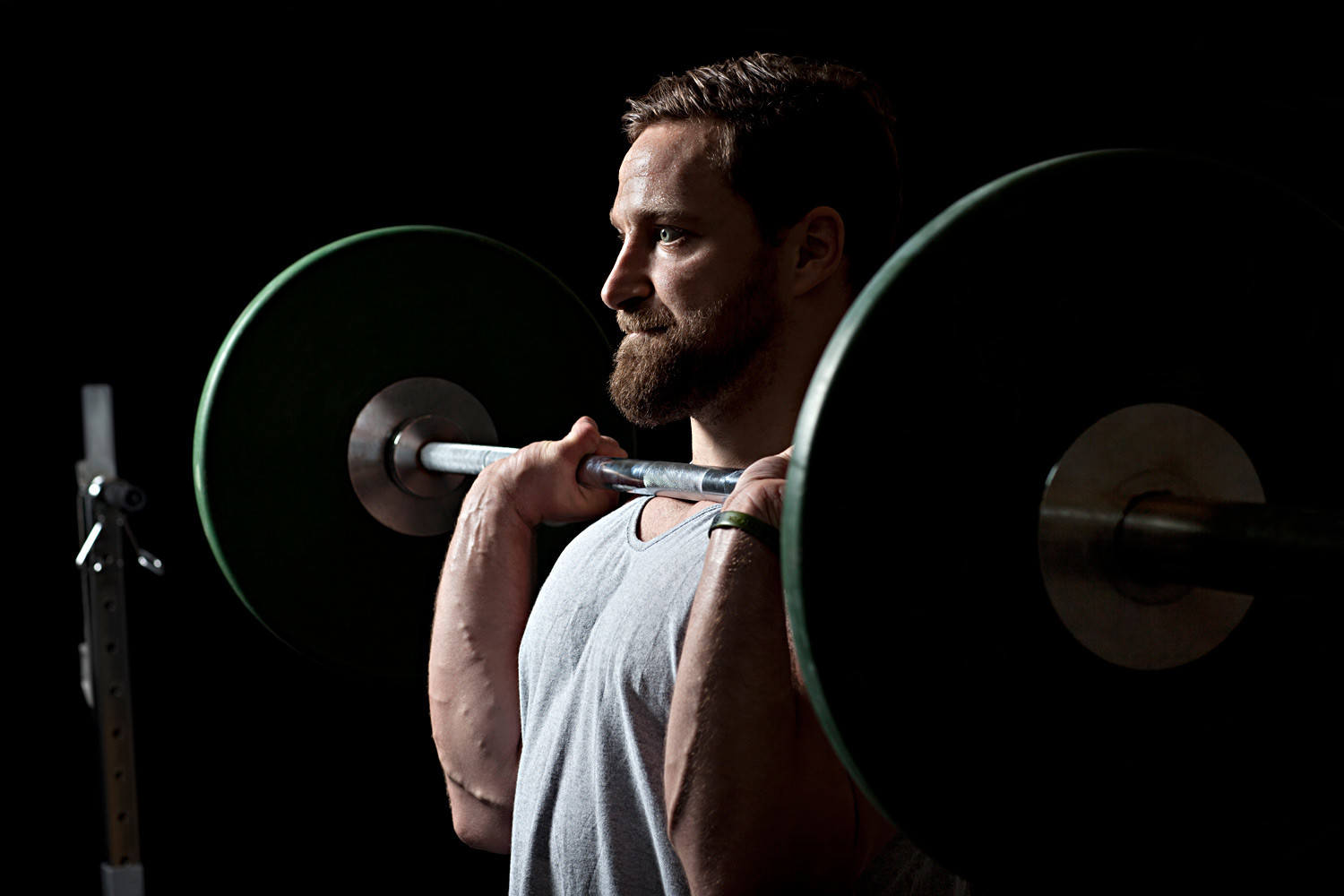 Squats are also a historic pillar of the Soviet training regime, considered the single best full-body exercise. According to the Soviet weightlifting team’s 1976 Olympics manual (which helped them hoover up all the gold medals that year), squat and deadlift sessions should be spaced out throughout the week, maintaining 80 percent of your one-rep maximum. With this in mind, your weekly timetable should look something like this:

Monday: Chest – bench presses (lying down on your back) and military lifts (standing up, lifting the bar from your chest to above your head, and back down). Do five single, one-rep bench press lifts at 85 percent of your maximum possible lift, and one three-rep set at around three-quarters of your maximum lift. Repeat with military lifts. Take 90 second breaks between sets.

Tuesday: Squats – front squats (holding the barbell to your chest) and back squats (with the barbell behind your head). Do five single, one-rep bench press lifts at 85 percent of your maximum possible lift, and one three-rep set at around three-quarters of your maximum lift. Repeat with military lifts. Take 90 second breaks between sets.

Wednesday: Plyometrics. Do two sets of each of the aforementioned exercises for 60 seconds each.

All in all, the weights workouts last around 35 minutes, and the plyometrics are around 10 minutes long. Not so bad. 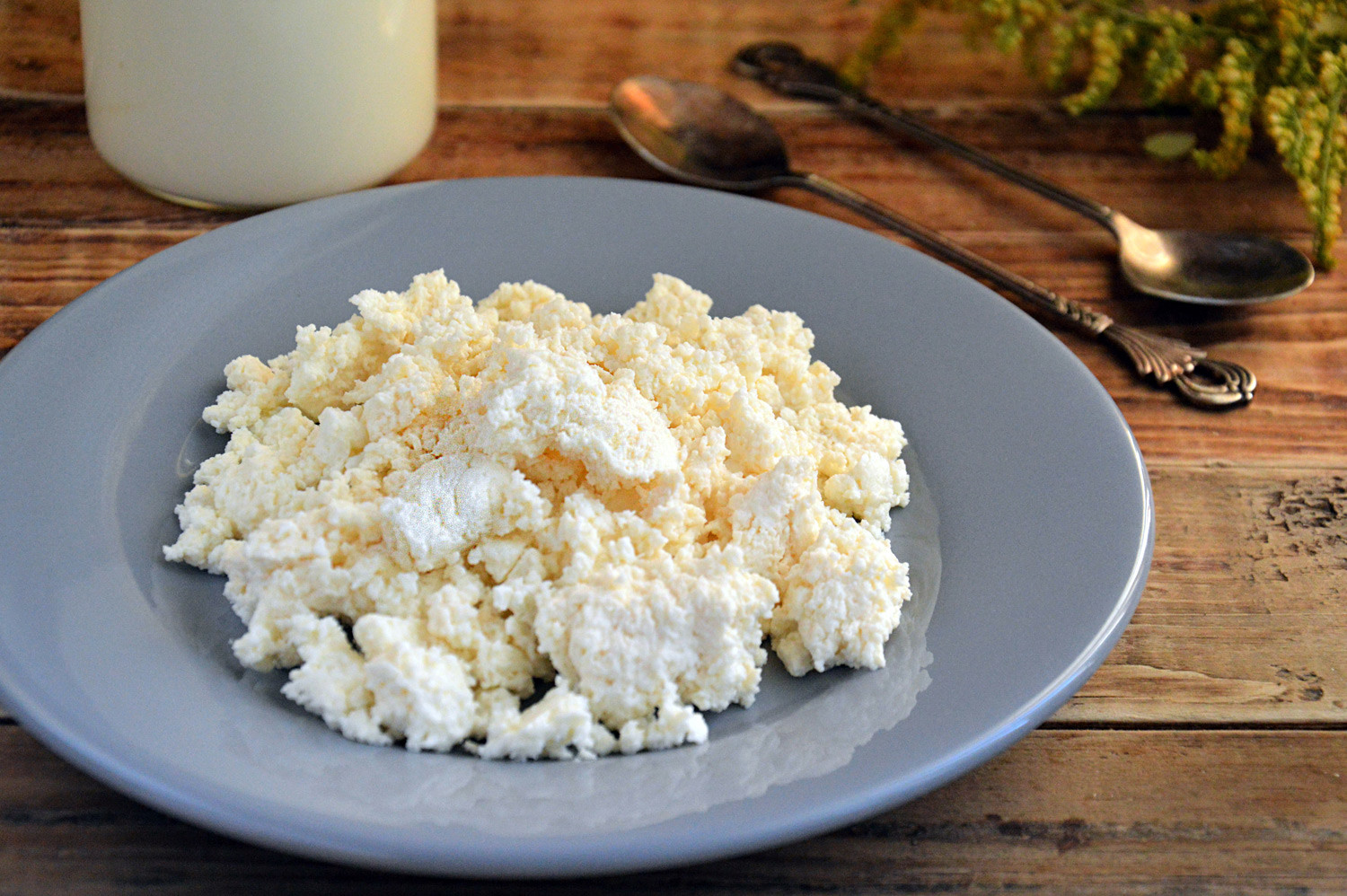 This Russian curd, somewhat similar to cottage cheese, is said to contain more protein than any other food. It’s also delicious. Read about how to make the most of this creamy delicacy here. 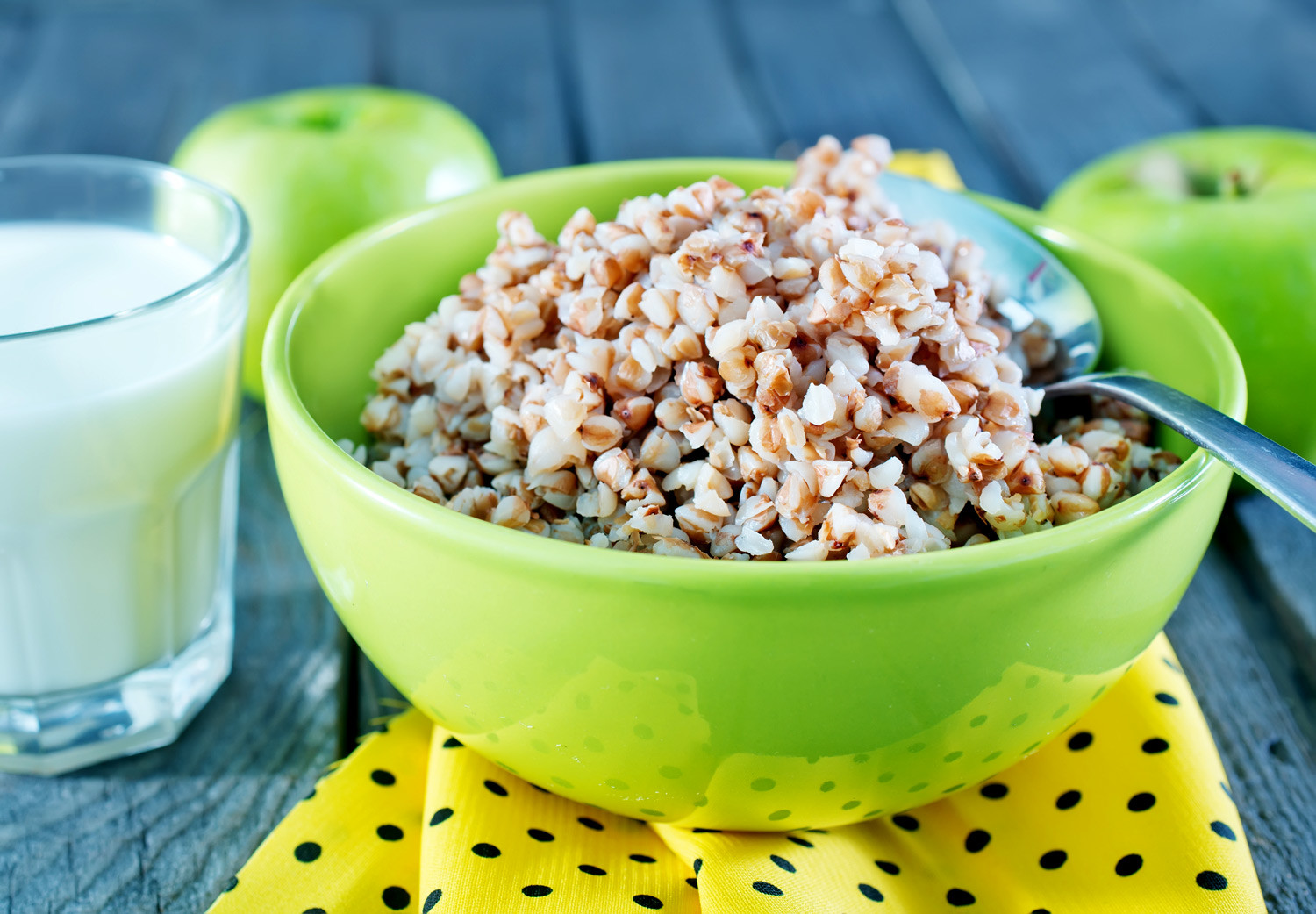 Russia’s “miracle food” is part of the country’s culinary DNA. This light but extremely flexible grain is one of the most filling things you can eat, making it the perfect pre-workout meal. It might not be the tastiest, but you can get some inspiration on how to spice up the dish here. Your digestive system will thank you for it, too. 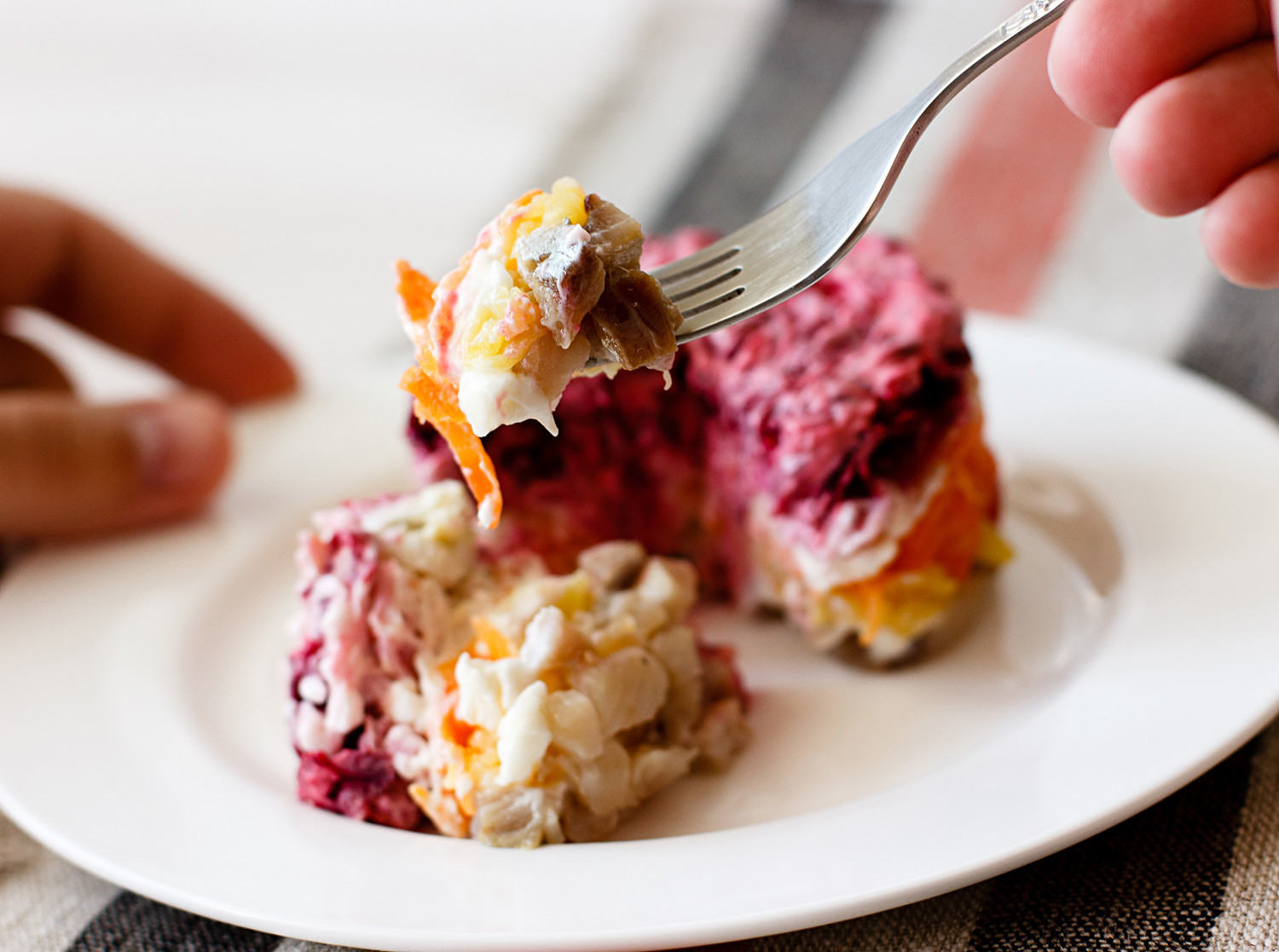 This traditional Russian dish might not seem like the average Westerner’s idea of a tasty salad, but it contains many beneficial protein-filled ingredients including fish and eggs, and actually grows on you pretty quickly. Just make sure to steam your vegetables and cook the dish with low-fat mayonnaise. Check out our recipe here.