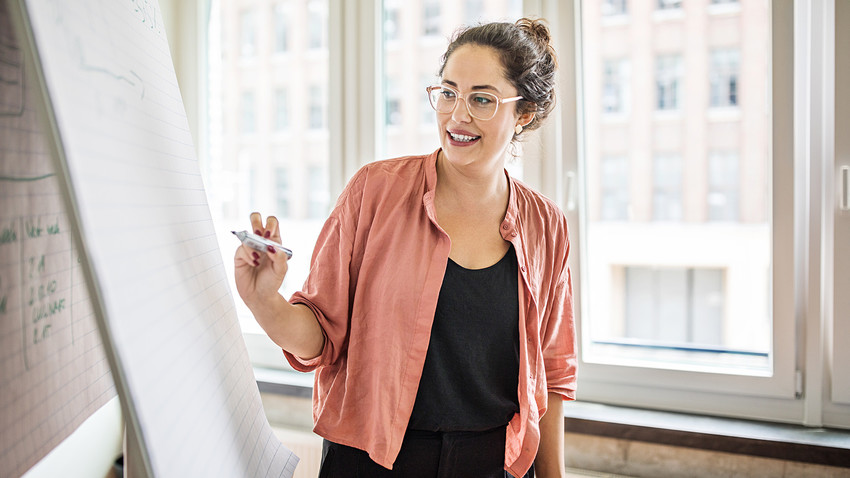 Getty Images
People love playing games. They even pay money to do it. A Russian gaming expert, the head of Gamification Club Why42, explains how to use love of games to save one's business, career, or even oneself. And, no, we are not talking about buying a ping pong table for the office.

In 2010, Ivan Nefedyev read an online article about why people who like games - aka “gamers” - performed very well in a gym. Compared with other newcomers, gamers were different. They were consistent, purposeful, motivated. At the same time, they never went straight to the biggest weights. And they almost never suffered any injuries.

Are former gamers smarter than everybody else? That is an arguable assertion. But while they spent years upgrading and perfecting their game characters, they did learn one thing: not to chase after a quick win.

Ivan is convinced that game mechanics can help you achieve almost any goals. His and Miroslava Bronnikova's joint course “Gamification” on the Stepik platform has twice been voted the best online course in Russia by Europe's largest education conference, EdCrunch. Russia Beyond spoke to Ivan about gamification.

Let's start from the beginning. What is gamification 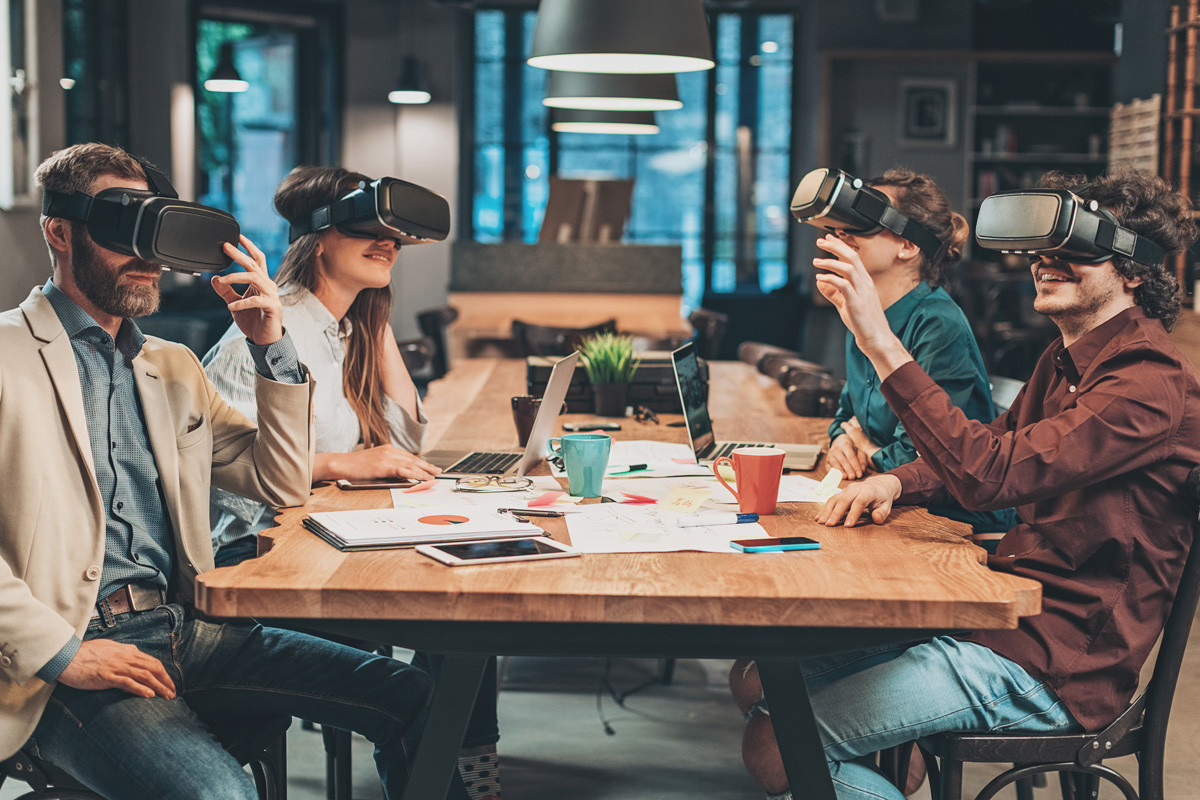 If you call your weekly email newsletter "Treasure Hunt", that is not gamification.

is the addition of optional game rules to any context. Business, self-improvement, social projects, education, marketing, even in games too.

At the same time, if you call your weekly email newsletter "Treasure Hunt" and subscription to your company's Twitter account "a challenge," that is not gamification. It maybe fun, but it is clearly not enough.

For anything to be called gamification, three conditions must be met: it must be interesting and exciting; it must be useful (this is not about allowing everyone at work to play solitaire) it must be voluntary – with a free entry and exit from the game.

Does it work for everyone?

The simplest way to find out if you need gamification is to ask yourself: do I have a task that cannot be solved either by economic or administrative measures (but that I would very much like to solve). If so, it is for you.

I have tried leaderboards. It does not work. What am I doing wrong 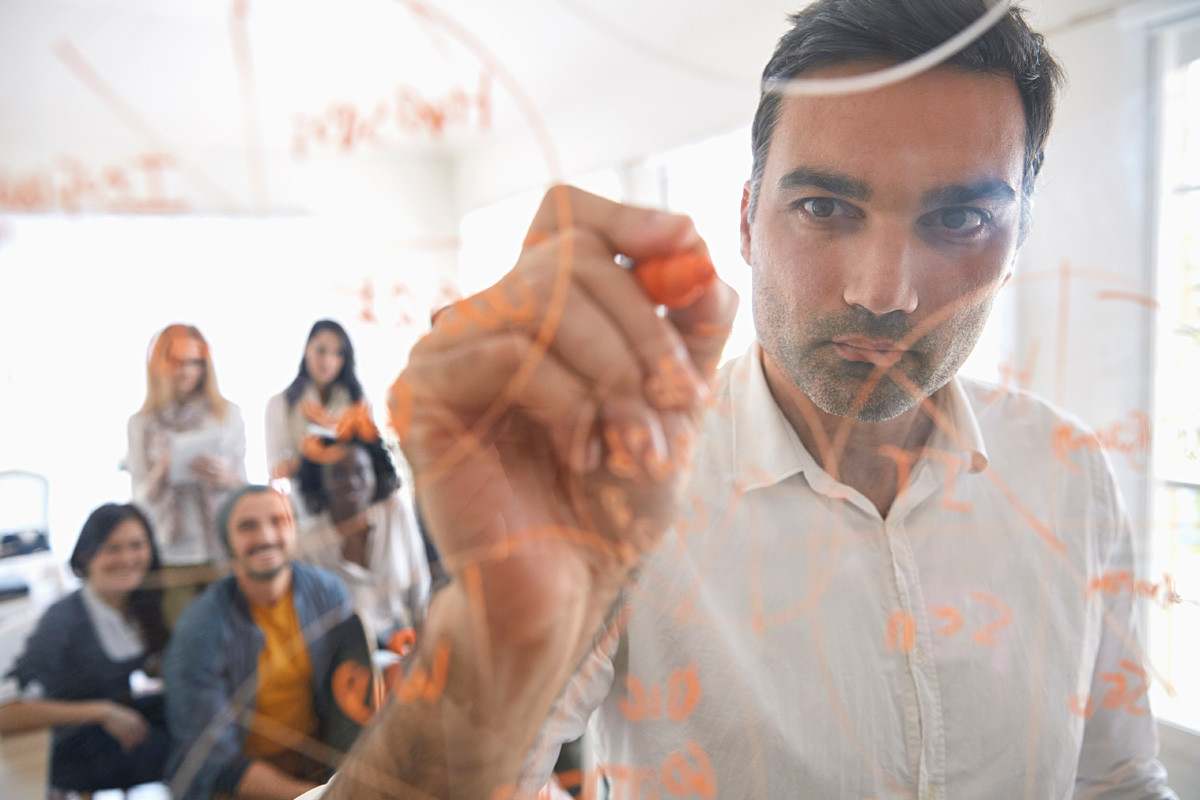 Simple elements really work if there is something more interesting behind them.

, badges, points (including virtual currency), rewards are the simplest and most commonly used game elements. But if we limit ourselves just to these elements, the "players" will do just what it takes to improve their rating. And not an inch more. This has been confirmed by numerous failed cases.

At the same time, these simple elements really work if there is something more interesting behind them - for example, a more substantial idea.

In the 1990s, Russia opened itself to foreign goods. Children's stores were flooded with Chinese toys. Back then, they were often substandard, and simply harmful to health. But Russian toys were more expensive, so people chose Chinese ones.

staff at one store took two poles and attached a Russian flag to one and a Chinese flag to the other. The poles were placed behind the cash desk, and each time a toy was bought, the shop assistant lifted one of the two flags, depending on which country the toy was from. That was a and a most primitive one at that. As a result, many customers noticed that Russian toys were losing and – for that very reason – went and bought a Russian toy.

What else is there apart from badges and leaderboards?

Russian companies, for example, like to use a virtual character. Its role could be to assist users or to reduce their aggression.

In one Russian city, local officials on social media are represented by an elk. The elk has a complete profile, it writes posts about its life, shares news (mostly about the environment). It also joins in discussions and debates between local residents. At one point, a person may suddenly realize that for the past half-hour they have been arguing with an elk. After that "discovery" they, as a rule, stop taking everything too seriously.

So, does it always work 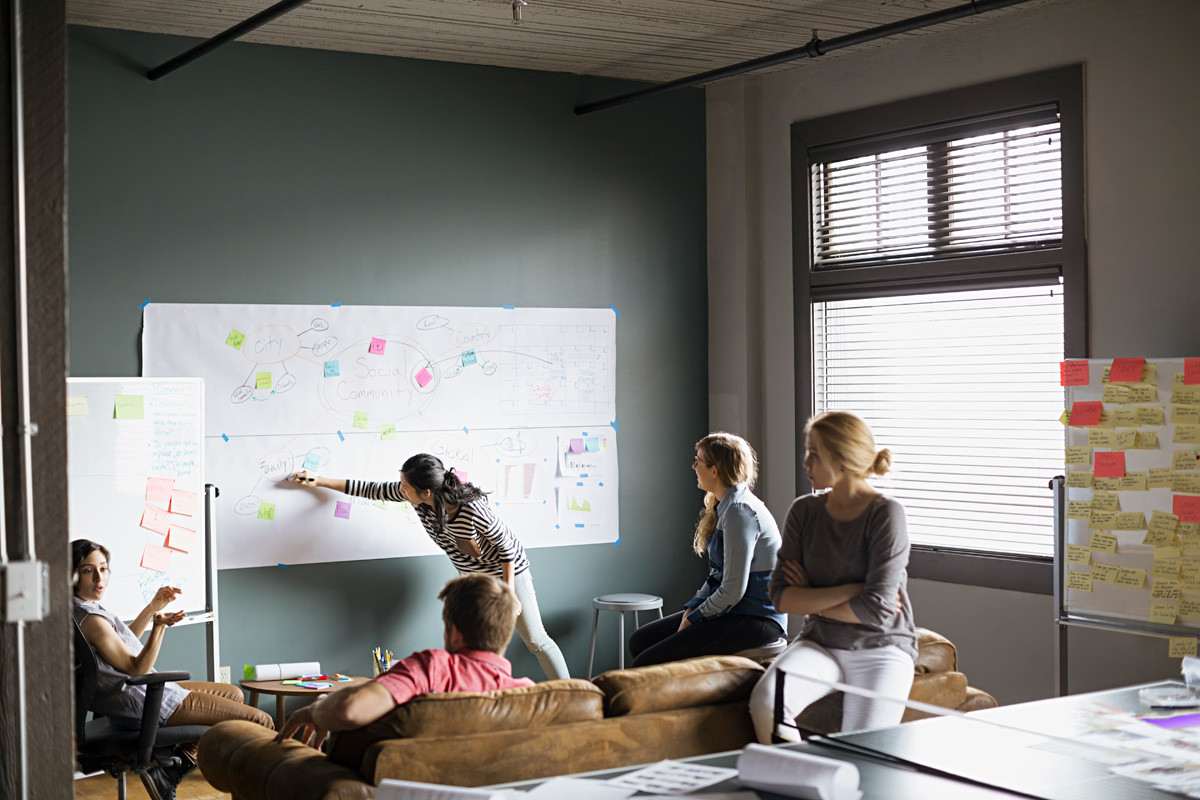 Not all mechanics work equally well with everyone.

all mechanics work equally well with everyone. For example, in Sweden, Volkswagen conducted a game aimed to encourage drivers to observe speed limits.

Digital panels were installed in the city. The game was simple: the digital panel gave a driver if they were driving within the speed limit and a dislike if they were speeding. All motorists who obeyed speed limits were automatically entered into a lottery for a cash prize. As a result, the number of those who exceeded the speed limit dropped by more than 20 percent.

In Russia, they tried to do the same, only with trams. They put a speed radar on a section of the road which required careful and slow driving. And, guess what?

Despite the threat of a fine, drivers began to compete as to who will pass this section faster. They even started putting bets on "the best racer of the week" The organizers simply did not take into account the difference in the mentality between players in Russia and in Sweden.

How to figure out what it is that I need? Where do I start?

Ok, but there should be a reward. What should it be 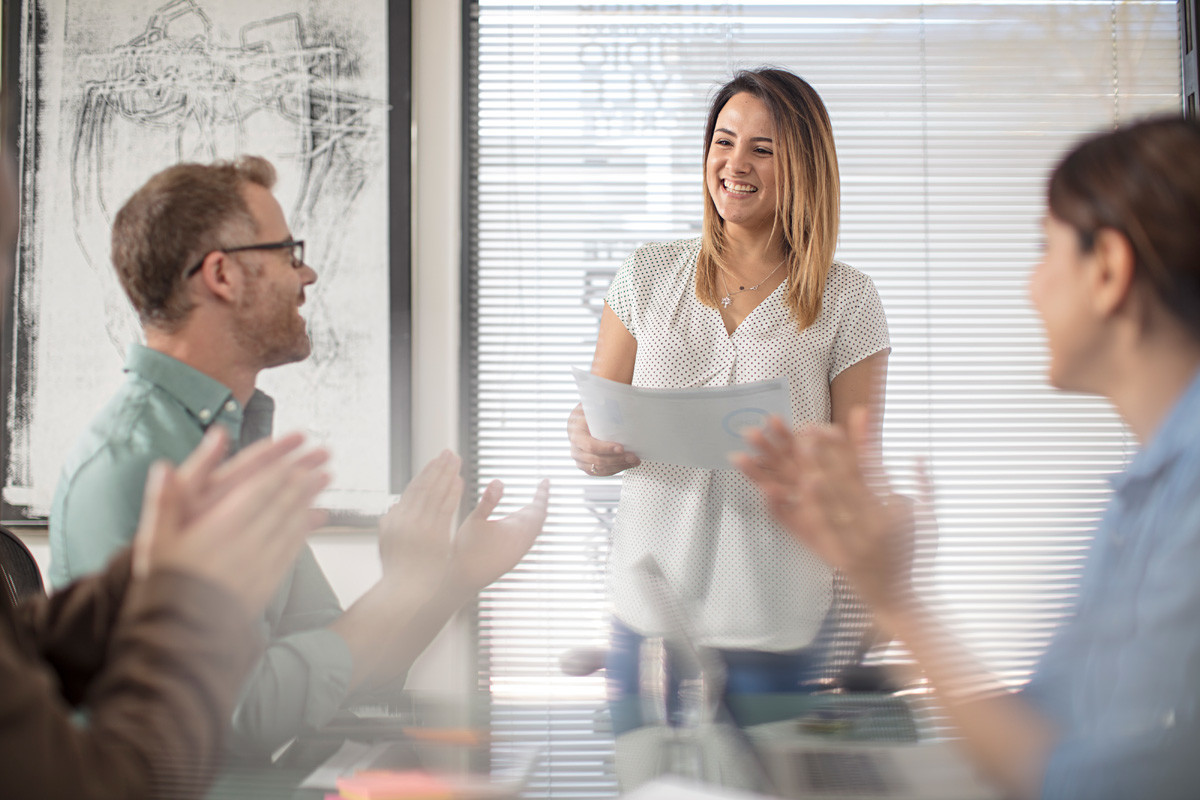 Rewards are the most obvious and one of the most used elements. But they, like other game elements, are not necessary.

may be no final reward at all. Or an intermediate one either. Rewards are the most obvious and one of the most used elements. But they, like other game elements, are not necessary.

A person can be sent to a conference with top managers, where they would not have had access to had they not achieved the game goals. Or they can be offered assistance in developing their own project.

It is important to keep in mind that rewards, especially large ones, are a serious risk. They inevitably shift a player's motivation from the activity itself to the prize. Or you can often see players spending hours "meditating" on ratings, trying to figure out how to get to the top instead of doing something useful.

This list can be continued, but I think you've already grasped that rewards are not always a useful and win-win mechanic.

From Oct. 4-5, Moscow will be hosting a festival of creative industries, “Great Eight”, where Ivan Nefedyev and over 200 other experts will be presenting new opportunities and unique projects. 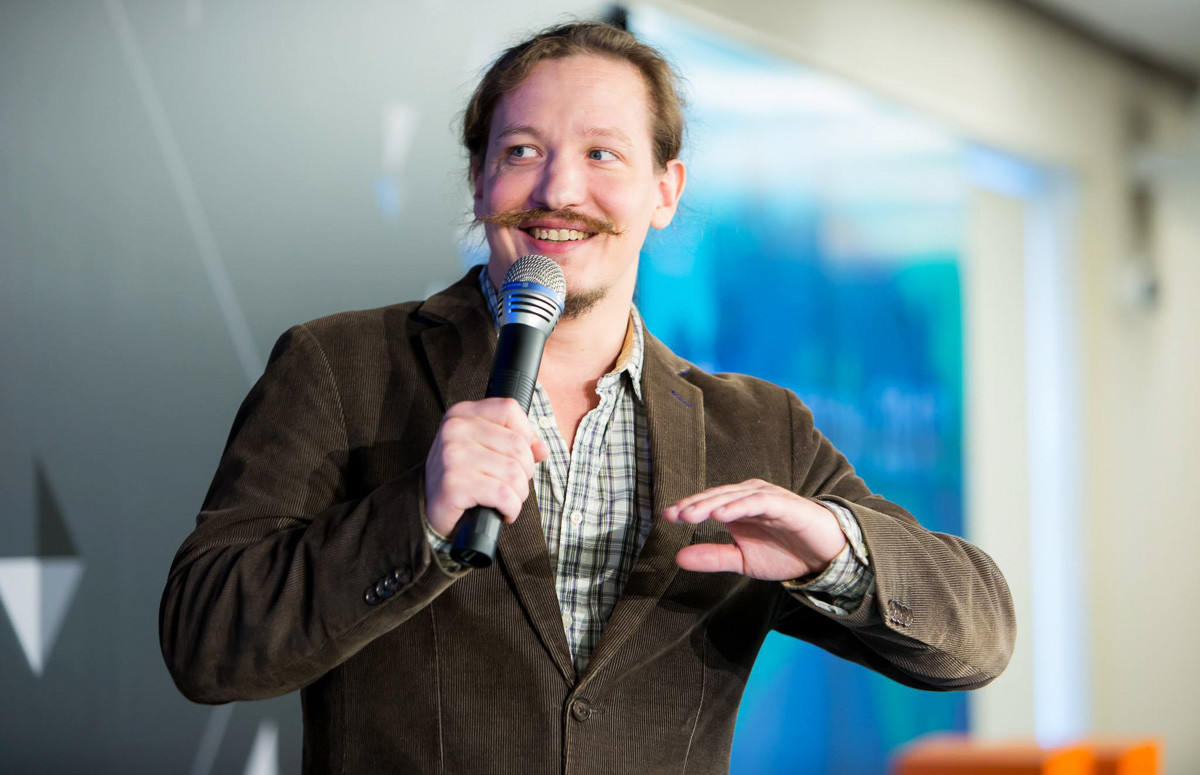