5 things to know about Russians before doing business with them 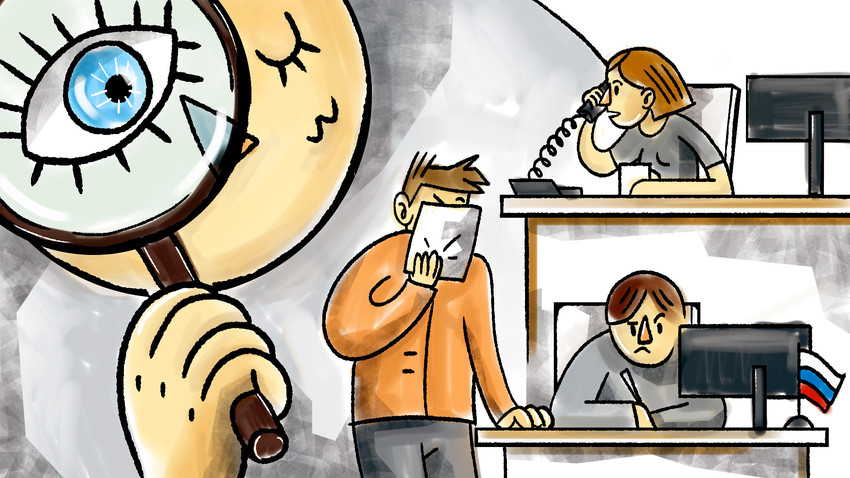 Irina Baranova
Can you get away with yelling at Russians? And should you worry if they ignore you at first? Foreign professionals explain these and other things to expect when working with Russians.

Whether you’re thinking about working in Russia or want to do business with Russian partners, be ready for surprises. Apart from their general non-smiley nature and dislike of small talk, many things might seem confusing for a foreigner entering the world of Russian business for the first time.

From interacting with colleagues in an open space to negotiating deals behind closed doors – here are five insights about Russians told by expats.

1. An unusual view on personal space

When working with Russians, one should be ready to see them suddenly switch from professional to personal interaction, says Luke Conner, managing partner at the law firm, Conner & Company, and president of the British Business Club in Russia.

”Once, I had a Russian colleague to whom I used to say ‘Hi’ every day, and he’d basically ignore me each time: he’d stare at the wall and say nothing perhaps through shyness. So, I just went on my way, confused,” Luke recalls.

This went on for about six months, and then suddenly Luke heard in reply: “Yes, yes, Hi.”

“To mark such a breakthrough, I asked him: ‘How are you?’; and he responded that his father died on the weekend,” added Luke. “It took him a second to move from seemingly total indifference to sharing something deeply emotional. This shows a contrast between Russian and British cultures. In the UK, when you ask someone ‘How are you?’ you don’t really care.”

“In the early 2000s, I used to put my Russian junior staff under a lot of pressure,” admits Lucio Puracchio, CEO of the Moscow subsidiary of Tenova, a company that offers innovative solutions for the metals and mining industries. “It seemed that they weren’t working hard enough, and I demanded that they meet clients more often and be more proactive.”

Even though he sometimes came down hard on them, Russian colleagues didn’t take it personally and reacted quite well.

“On the next day after a serious argument, I’d say ‘Sorry, I was too emotional yesterday,’ and then I’d hear: ‘It’s Ok, Lucio. What was yesterday was yesterday, today is today,’ they’d say in reply,” he recalls. “Despite our cultural differences, they accepted me the way I am and did their best to adapt to my behavior. I owe a lot to them, as they helped me in developing tolerance towards cultural diversity.”

Deadlines, stress and anxiety - these are what make Russians thrive, says Salman Mufti, a visiting professor at Skolkovo Business School and professor of Smith School of Business at Queen’s University in Canada. The course he teaches at Skolkovo involves joint presentations that need to be done by students in teams, but because Russian students tend to spend a lot of time arguing with one another they often do all their work at the last minute.

“I see this happen in Russia every time, and each time I worry that they won’t finish the work on time,” he admits. “But in some magical way, everything falls into place. I think sometimes people in Russia deliberately put themselves in a stressful situation. I’m not sure if everyone does it, but students create this pressure themselves, procrastinating until the deadline is near but somehow still managing to get the best results."

Salman added that if put in the same situation, students from other countries would have a hard time dealing with such anxiety. “If students from Canada faced such pressure, they’d be so stressed that they wouldn’t be able to do anything. But for Russians, it’s where they thrive, and they generally have a better understanding of how to react in a tough situation,” Salman notes. “It’s likely that this cultural trait influences business as well.”

You’ll quickly notice that Russians are suspicious, says Tom Rawlins, professor at Skolkovo Business School who first came to Russia in 1989 as a student. He witnessed the collapse of the Soviet Union and the subsequent social and economic upheavals.

“Old rules ceased to work and millions of people had to start taking care of themselves in a constantly changing environment,” he recalls, adding that in capitalist countries the situation was different because people had never expected much help from the state to support them if something went wrong.

“They had nothing to rely on and no one to trust, which was a traumatic experience. Even now - so many years later - Russian businessmen find it hard to establish productive partnerships with other Russians and not just foreigners.”

Luke Conner agrees with this point. As a lawyer in Russia he often notices that clients are very suspicious at first. “They think they see through all people, including myself, as enemies who want to take advantage of them. That’s why they try to flaunt their power and put themselves into a more favorable position,” he explains.

“This happens during negotiations and when deals are signed. No one tries to keep a balance of interests. If your position is weaker - or if people see you as the weaker party - then you can find yourself at a disadvantage because the others will try to take you down. It’s hard to consider this to be the right approach because the best agreements are those that benefit both sides,” Conner believes.

5. Always be ready for change, and adapt

Did you set up a meeting sometime next week? Confirm it the day before to be on the safe side, says Lucio Puracchio. He had a meeting with a client that was planned two days ago, and he didn’t even think to check and confirm it the night before.

“My assistant said that it’d be a good idea to check again and confirm the meeting, which I didn’t think was necessary. Indeed, it turned out that the client couldn’t make it. I was disappointed,” he recalls. “My assistant explained that people in Russia don’t plan much in advance; they just see how priorities of the day shape up.”

Lucio thinks this was one of the most important lessons he learned in Russia, and since then he doesn’t try to plan anything far in advance. Still, there are signs this is changing.

“In the past few years, everything has changed. The rule, ‘don’t think about the future,’ seems to have been abandoned, and now businessmen start to plan ahead and are more proactive. And this brings us to the most important rule: to be successful in Russia one should be always ready to adapt quickly. We are guests, we have to be keen on changes, rather than constantly asking others to change as we want,” Puracchio concludes.

society negotiations How to