How much money does an average Russian make? 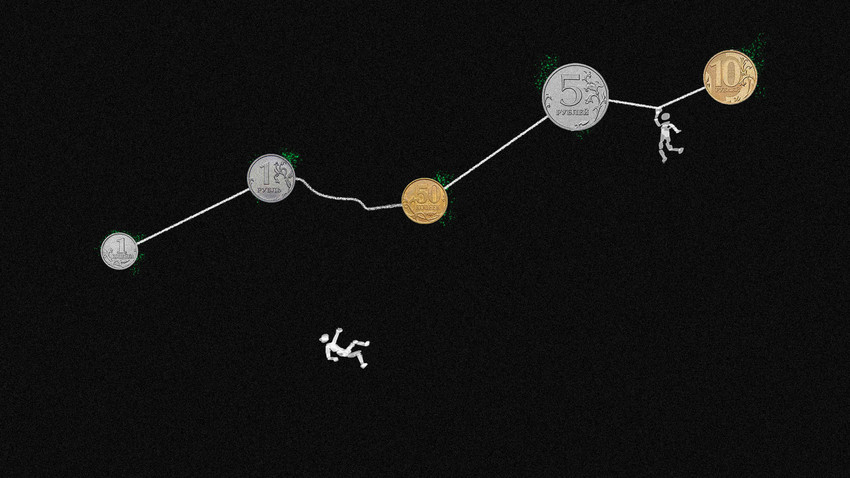 Alexander Kislov
If you think that Moscow is where Russians earn the most, think again.

Why is that? The North and Far East is where oil, gas and raw material extractive industries are based and their huge revenues allow the companies to pay high salaries which compensate for the high local prices, harsh climate conditions and remote location from other regions.

High salaries in Moscow and to a lesser extent in St. Petersburg can be explained by the fact that these cities host the headquarters of almost every major Russian business and offices of international corporations. The Russian capital is also where state authorities, financial institutions and IT and internet giants are located so this leads to a situation when almost all top managers and highest earning professionals work in St. Petersburg or Moscow.

At the same time, average numbers are also only average. As experts from RIA Rating point out, in reality, an average Russian worker can earn anywhere from 17,000 to 44,000 rubles ($264-684) a month - this is what around a half of working Russians earn, with a quarter making more than that, and a quarter - less. 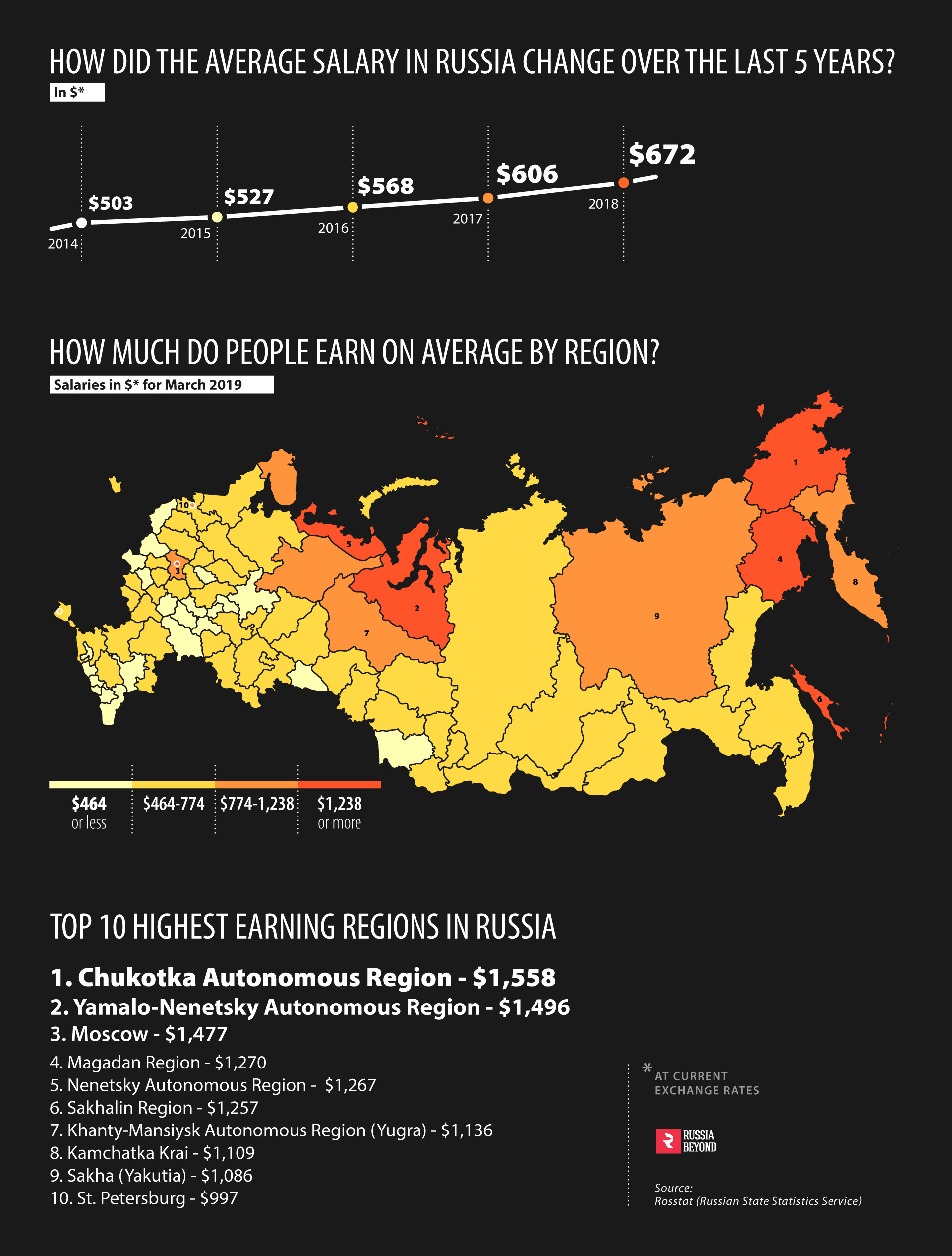 Are people happy with how much they make?

When speaking about salaries, one should remember how drastically the value of the ruble changed in 2014 - its value halved from 34-35 rubles for $1 to 65-70 rubles per $1. Of course, this fact is not something that Russians love to recall because this has made their trips abroad twice as costly.

The minimum cost of living in the country reached 10,287 rubles ($159) per month by the end of 2018 and while that looks fine with an average salary of $718, the cost of living figure is something that authorities come up with and usually feature only bare necessities, with around half allocated to groceries and half for services. Even with a seemingly decent average salary, in 2018, 18.9 million people (12.9 percent of the population) still earned below the minimum ($159).

So, the median, as experts calculated, reached 78,000 rubles ($1,207). This is actually 8,100 rubles ($125) less than the average nominal pay for a family with two working people - a positive trend that started a year ago when real wages (nominal wages adjusted to inflation) started to exceed expectations - something that never happened since 2009.

Russian financial requirements have basically returned to pre-crisis 2014 levels, says Andrei Milekhin, president of Romir Research Holding. “Russians learned to live and spend money more rationally (...) Even the fact that officially salaries are growing, as recorded by Rosstat, hasn’t yet changed the mentality that Russians acquired during the times of crisis,” he explains. “It’s hard to say whether this growing sober approach to budget planning is good or bad. But one thing is clear - Russians have changed and so have their consumption habits.”

Interestingly, with all this money talk, Russians seem to be generally satisfied with their occupation and don’t really value salaries that much. According to WCIOM May 2019 findings, as many as 85 of respondents said they liked their job, with 56 percent claiming that they would continue working on the same position even if they didn’t need to earn money at all. Would you? 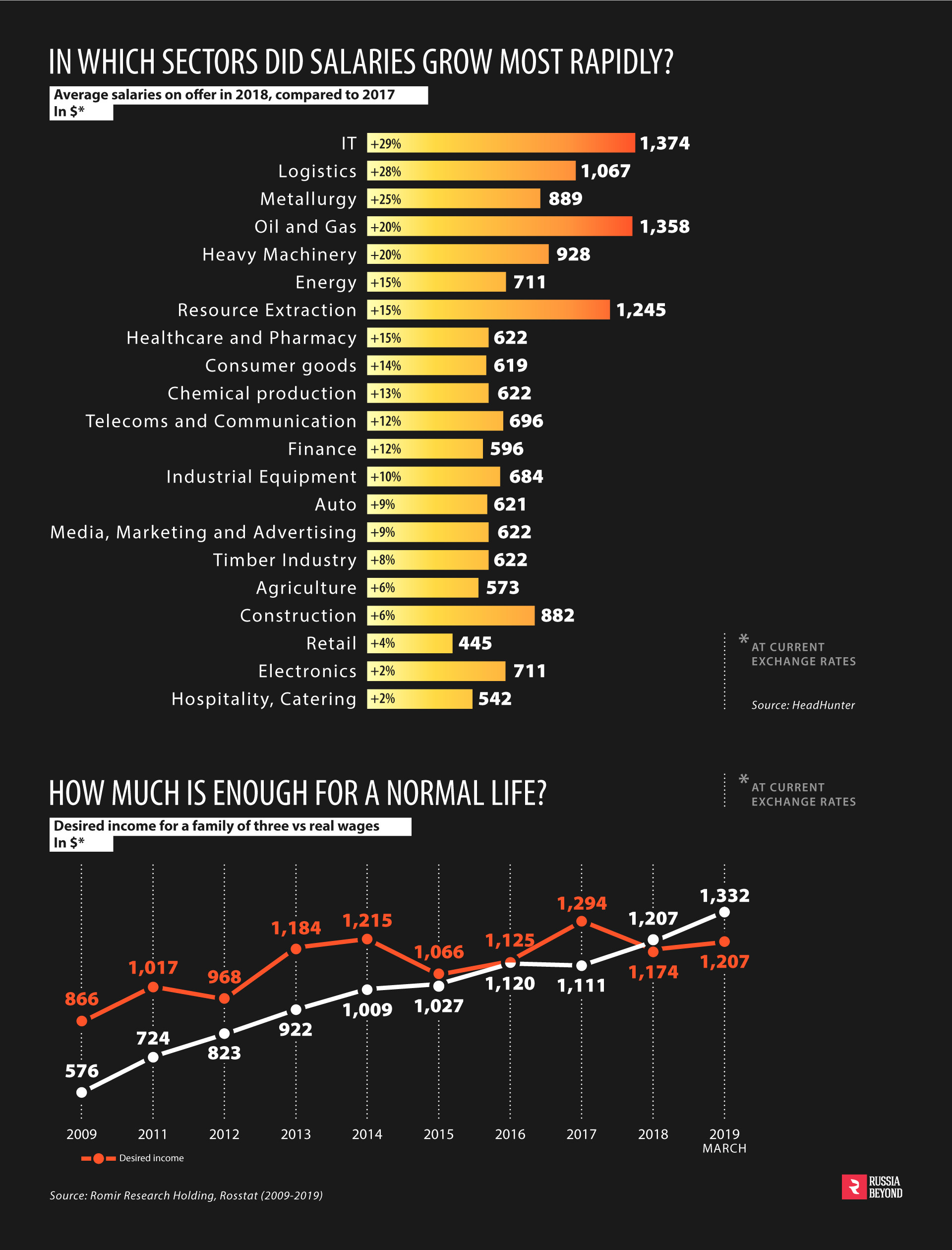