How an Italian became one of Russia's top financiers 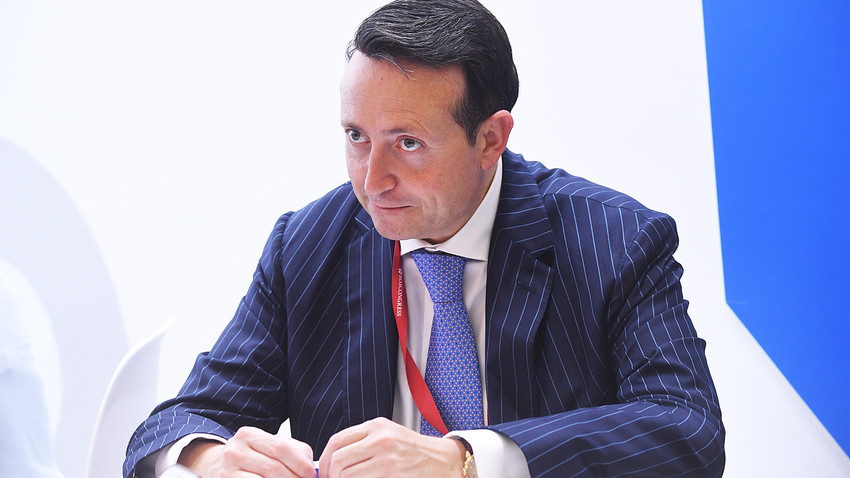 Evgeny Biyatov/Sputnik
Not only is Vincenzo Trani the founder of the microfinance firm Mikro Kapital, he is also the president of the Italian-Russian Chamber of Commerce and the man who introduced Russia to carsharing. Trani describes himself as an “entrepreneur born in Russia.” He first came here as a tourist, and ended up staying for 19 years, thanks to a newspaper ad.

It all started in 2001. I was 25 and came to Russia as an ordinary tourist. During my trip I saw an ad in the The Moscow Times for a job at the EBRD. They were looking for experts with foreign experience in small business, and I’d just been working in this field at the bank Monte dei Pasqui di Siena SpA in Italy. As it turned out, the vacancy had been open for four months, but I was the only one who responded. And they took me on! The market situation was exciting. Back then, foreigners were very in demand. I started working in Russia as a senior adviser for SMB development, and then as the EBRD representative on the board of directors and deputy general director of KMB Bank in Russia.

For me, it was really interesting. After all, small business in Italy makes up the bulk of the country’s GDP, so I had a chance to apply my knowhow in developing the Russian economy and to work with leaders in the small business lending market. Then in 2008 I became an entrepreneur when I created and headed the investment fund Mikro Kapital.

Russia is a land of opportunity, so coming here for me was a make-or-break decision. Sure, the business climate in those days was crazy; it was the beginning of Vladimir Putin’s rule. But then everything began to change for the better. When I recall that time — unfriendly passport control officials, old cars, and corruption — I see that the situation has changed a lot in the past 20 years. 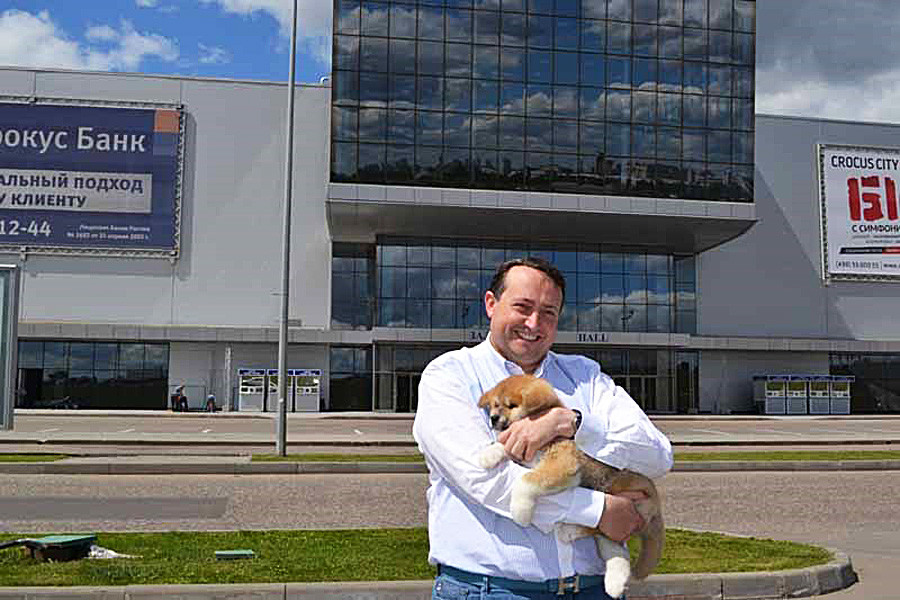 How I launched carsharing in Russia

When I decided to launch carsharing in Russia, it was a bit scary, of course. The idea entered my head after a trip to Milan, where I first tried this kind of a service. And after studying the market, I suggested to the Russian Transport Department that it should be rolled out in Moscow. There was nothing like it here at the time, and it wasn’t clear if we were headed in the right direction. That was how Delimobil appeared (today I’m the largest, but not the sole shareholder). Now it has many competitors, but we’re glad to have been the first and to still control 33% of the market. Delimobil quickly became popular, but we only felt a real sense of success when we realized that one in ten people in Moscow was our client and the number was only growing. 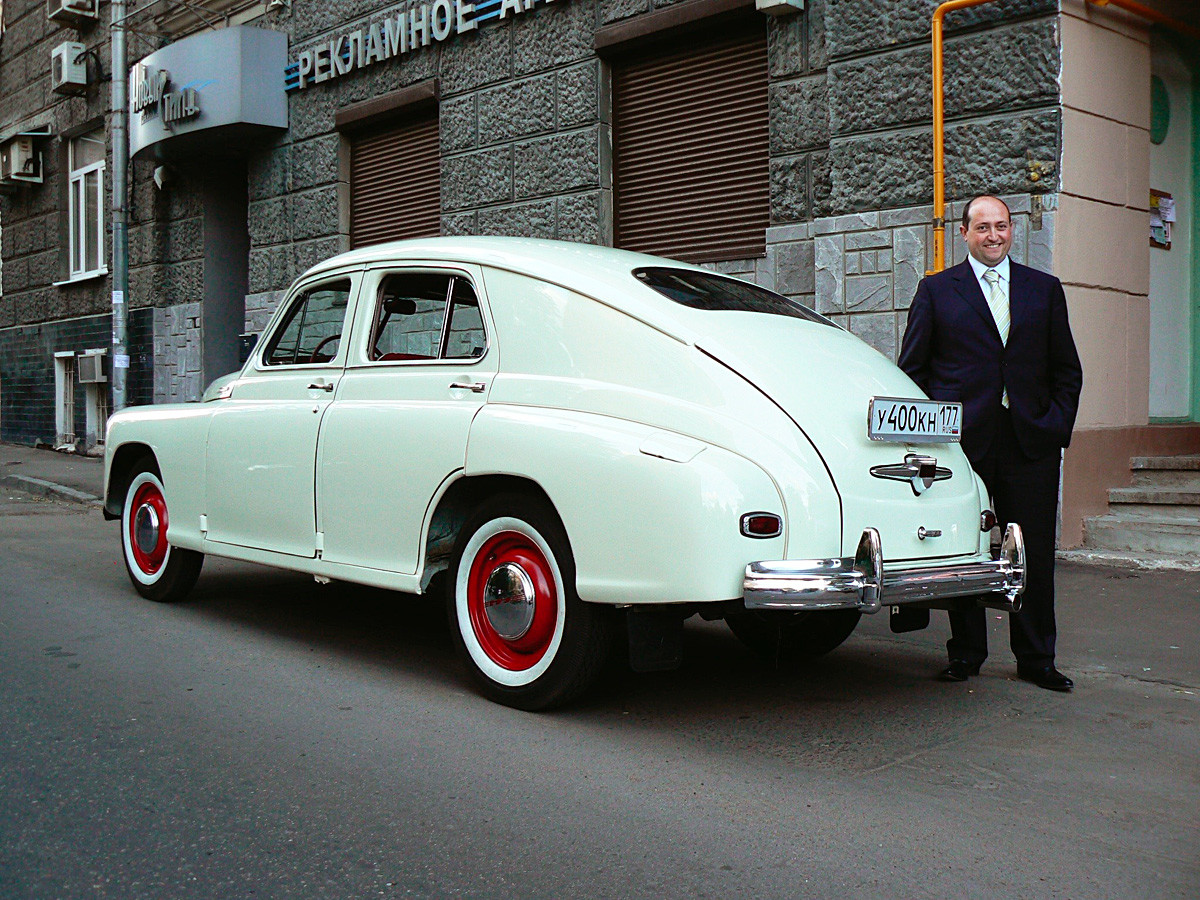 Russian entrepreneurs differ from their European counterparts in that they are always learning something new. Being in business is seen as hereditary in the West, where it’s not uncommon for people to represent the second, third, or fourth generation. They think they know everything already. They are satisfied with stability and have no motivation to develop further. But in Russia entrepreneurs are far more open to new knowledge. Many have studied abroad or just picked up a foreign language. And even small Russian business people know about marketing, finance, and market analysis. 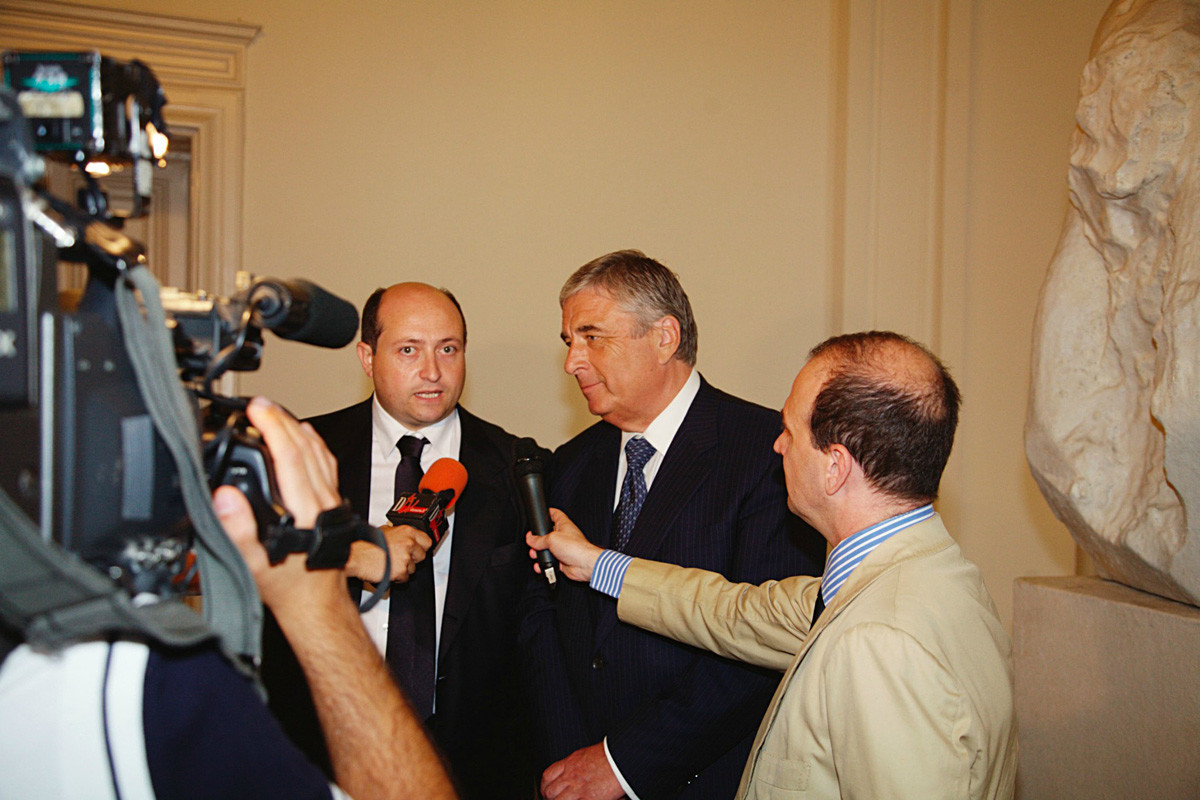 Another difference is their attitude toward risk-taking. As for Europeans, they aren’t ready to risk their own capital, which has accumulated over generations, and are more interested in how much they can earn at zero risk. After the 1990s, Russian businessmen realized that to earn a lot means taking risks. The main driver for Russians is maximum revenue.

High profitability attracts foreigners to Russia, despite the sanctions

One aspect of doing business in Russia is that the state has a major influence on it. I understand that historically, it seems, it would have been impossible to protect society otherwise; that said, it greatly limits market development and business freedom. Russia appears to be looking for a happy medium between the pure capitalism found in the U.S. and the Chinese state variety.

A big plus for Russia is that the country has always been focused on attracting investment from abroad, and the government works to protect foreign investment. Even under sanctions, we see companies that are developing well here. I have experience of investing in different countries, and can say that the risk-reward ratio in Russia is one of the best. Return on investment here is higher in risk-reward terms than in other countries. 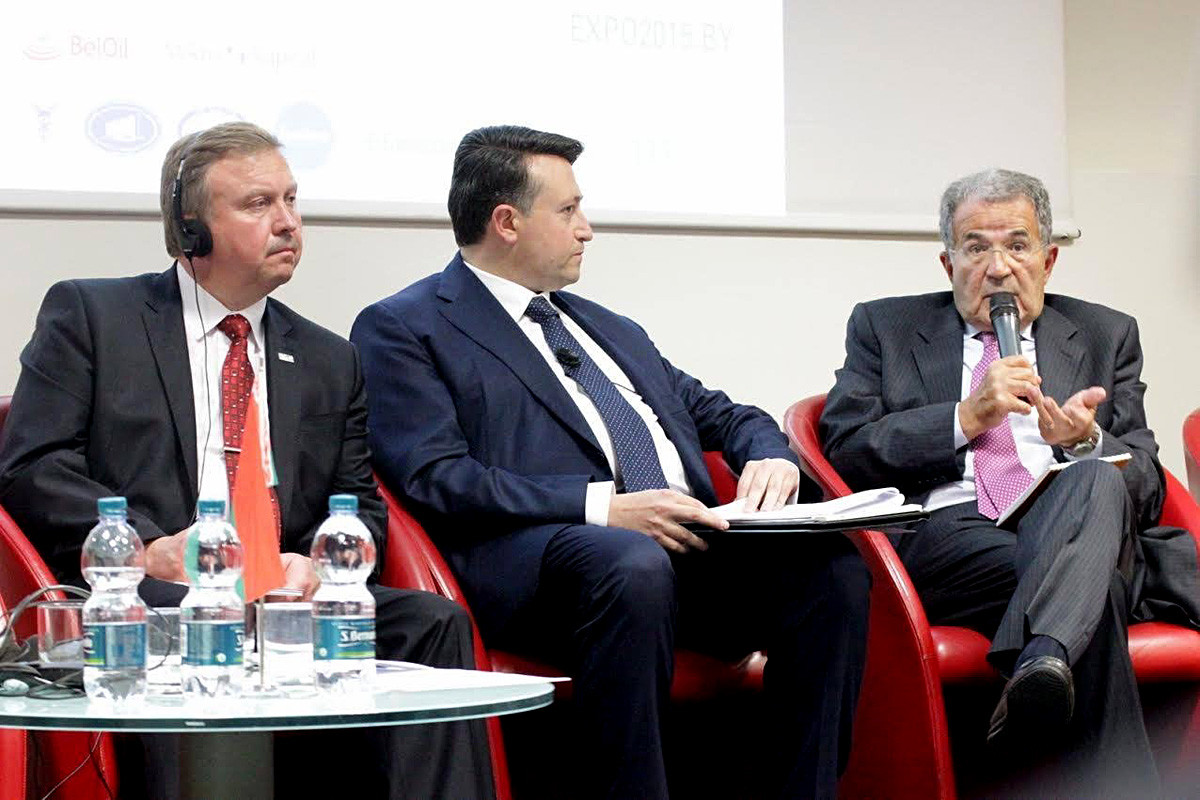 Sanctions by themselves don't affect investor interest in Russia, but the information climate is very influential. It’s a sore point for me, because every day I have to persuade my investors to continue investing in us and our operations in Russia. Negative articles in the Western media about Russia have an impact on investors, and this greatly hinders cooperation. The statistics help me fight back: I usually need no more than 3-4 economic indicators to demonstrate how Russia is changing. When investors see the data on GDP growth, average salaries, and pensions for 1991, 2001, and 2019, everything becomes clear. The rest is hot air.

I always speak Russian with Russians

To set up a business and simply work in Russia, you have to know Russian. I began my career at the EBRD in Samara (855 km south-east of Moscow), and there I had to learn Russian. No one spoke English, never mind Italian. So we always send our trainees to some regional branch to study Russian for a couple of months. Learning Russian in Moscow or St. Petersburg is much more difficult. 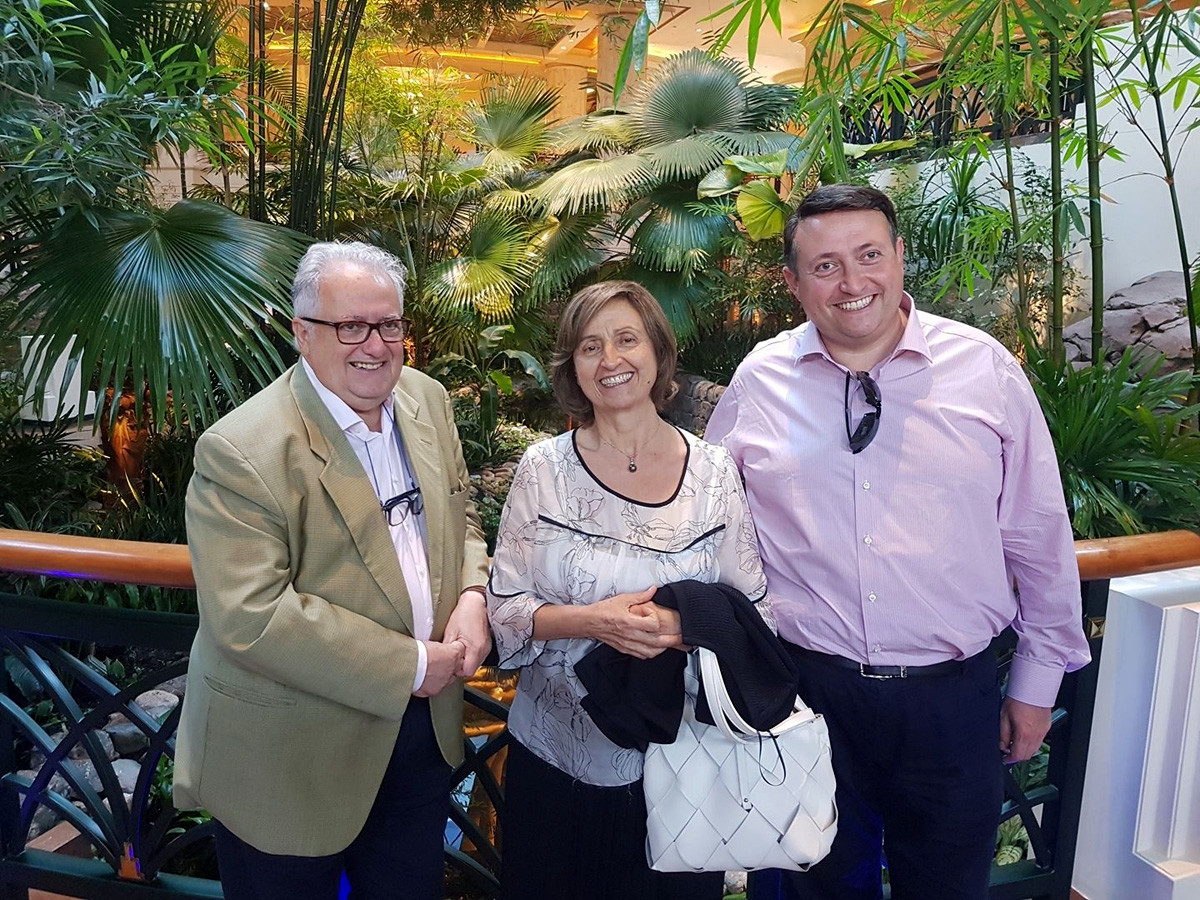 I still make mistakes when I speak, but now understand absolutely everything and always speak Russian with Russians. Not because I don’t like to speak English, but because it’s the only way I can get to know a person’s character.

Although I feel “Russified” to some extent, I don’t think it’s quite true. You need to remember you’re a foreigner, a guest. It’s the foreigner’s mission to preserve his “otherness” in Russia and benefit the country by bringing a different perspective and approach to business.