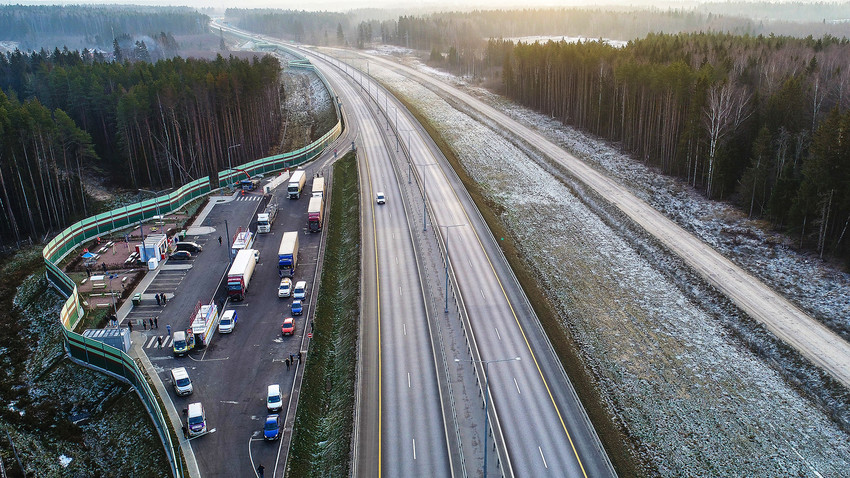 Alexei Kudenko/Sputnik
One of the largest transport projects of the last two decades, the M11 route, is now open for those who want to travel between the two major Russian cities FAST. Here’s what you need to know about it.

1. The new motorway between Moscow and St. Petersburg is 669 km (416 mi.) long and runs through the Moscow, Tver, Novgorod, and Leningrad regions. Named  "Neva" (after the river in St. Petersburg), it’s one of the largest infrastructure projects in contemporary Russian history, with an estimated total cost of 520 billion rubles ($8.1 billion), provided by the state and private investors. Just to compare, the recently-built Crimean Bridge (also called the Kerch Strait Bridge) cost less - just 228 billion rubles ($3.8 billion).

2. The route from Moscow to St. Petersburg is one of the busiest in the country and the old and free M10 motorway had been failing to handle the ever-increasing traffic. But the new M11 aims to take part of this burden on itself: transit traffic will be redirected to the M11, while local traffic to the M10. According to officials, the M11 has already helped to decrease the number of accidents two-fold along the Moscow-St. Petersburg route. By 2030, they expect it will fall by 3-5 times. 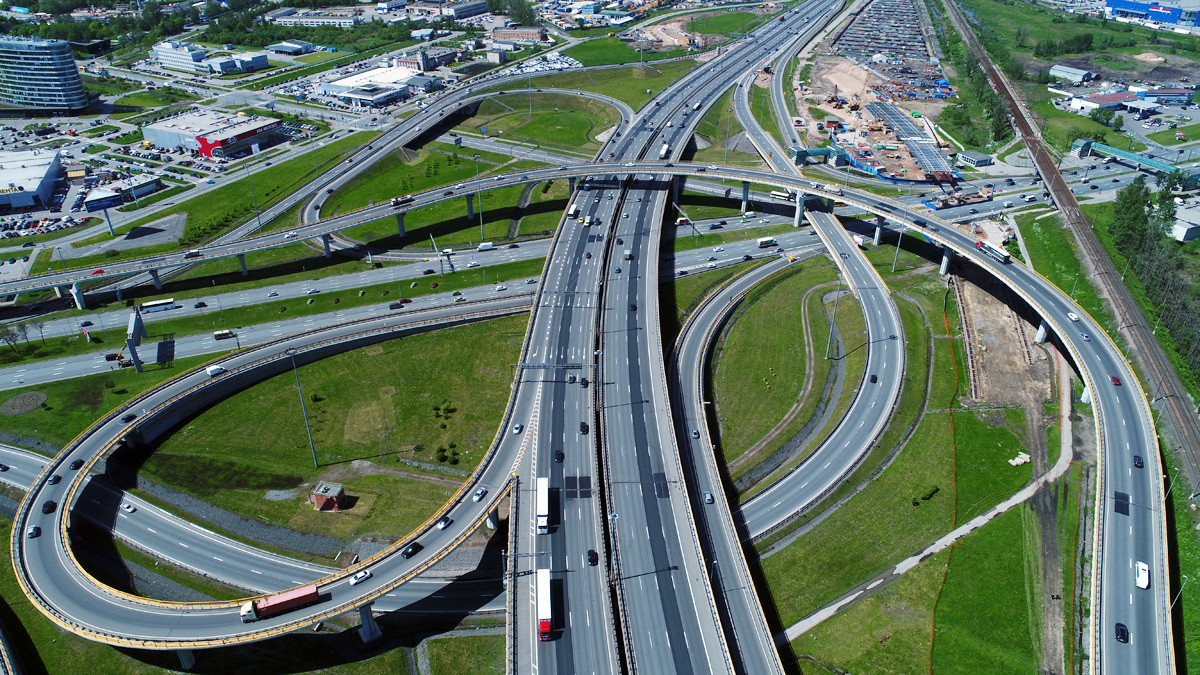 4. The M11 is a toll road. Fees for cars are 1,820 rubles ($28.40) on weekdays and 2,020 rubles ($31.50) on weekends. Cars equipped with special transponders will enjoy lower rates (1,331 rubles/weekdays and 1,494 rubles/weekends). The new route will play as a viable alternative to trains for those traveling from Moscow to St. Petersburg or vice versa and will be cheaper than the high-speed Sapsan train if a car carries more than one person. Not to mention the extra freedom and convenience of traveling in your own vehicle and on your own schedule! 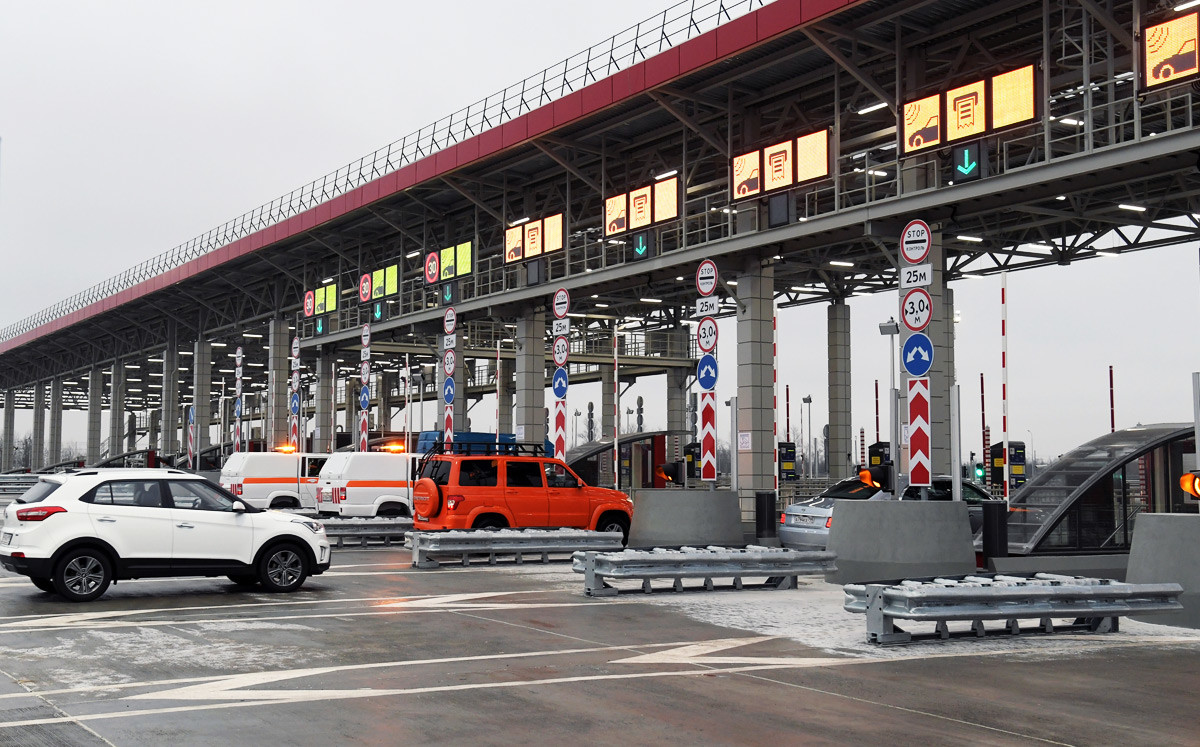 5. Another plus is that the M11 won’t be crammed with traffic jams. It doesn’t go through any busy cities and has junctions that allow drivers to get to their destinations easier and quicker. On different sections, the M11 has four, six, eight and even 10 lanes (each 3.75 meters wide). There is still one part of the road which is still under construction: a 59-km-long stretch bypassing the city of Tver, which only got included in the project recently.

6. The construction of the M11 began in 2010, but was constantly delayed. There was even public outrage against the project’s deforestation, which prompted authorities to address the issue. It was also planned to be finished before the 2018 FIFA World Cup, but due to the recovery of valuable archeological findings along the route, the completion was delayed until fall 2019. 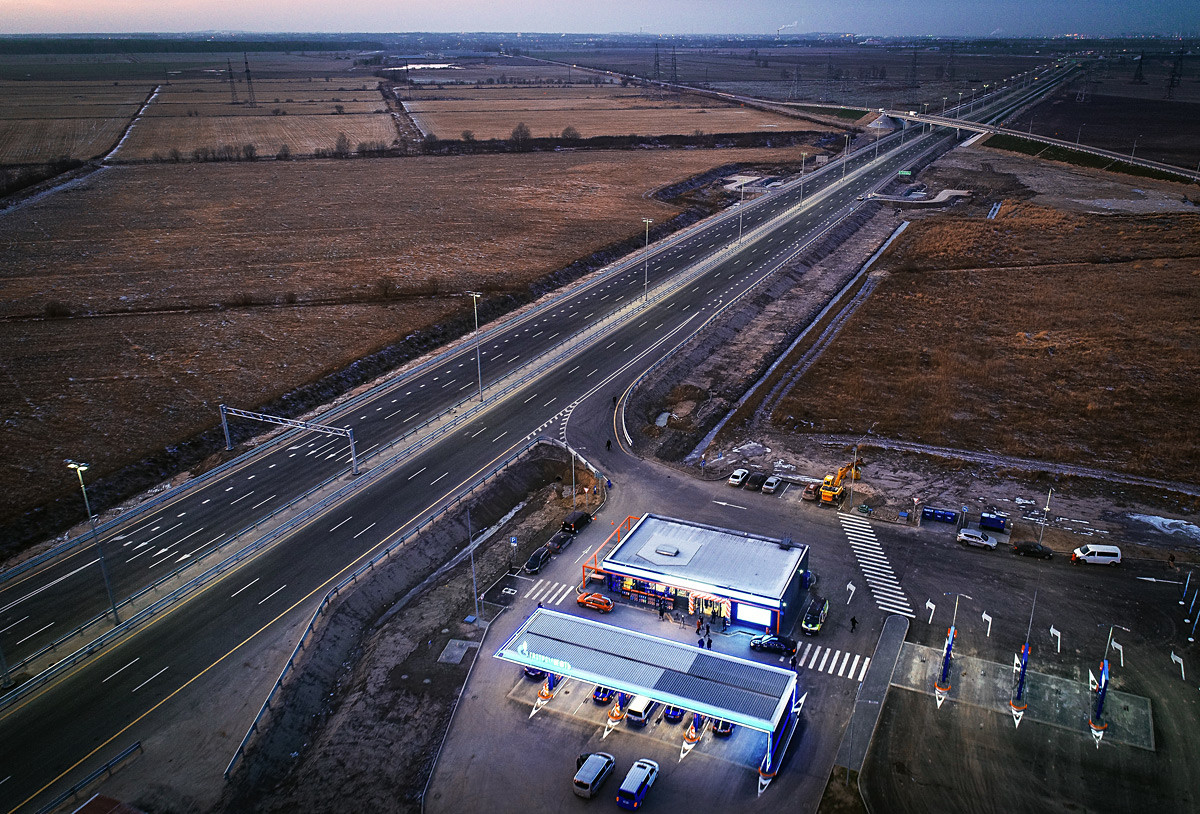 7. Vladimir Putin had already voiced his support for the M11 motorway back in 2003 as a significant infrastructure project for the country and economy. “This motorway will promote the development of the regions across which it runs. It will boost their economic development and increase accessibility...,” he said during its unveiling. The Russian President officially opened the new motorway on November 27, 2019 and also participated in a test-drive, enjoying the motorway’s views from his Aurus limo.

The new route is also part of a larger infrastructure project - the Europe-Western China International Transport Corridor. This is an international project that began in the mid-2000s amid growing trade between China and the EU. So, the idea to build a route totaling 8,500 km (5,281 mi.) was born, which would open a new transportation route from China to Europe via Kazakhstan and Russia.