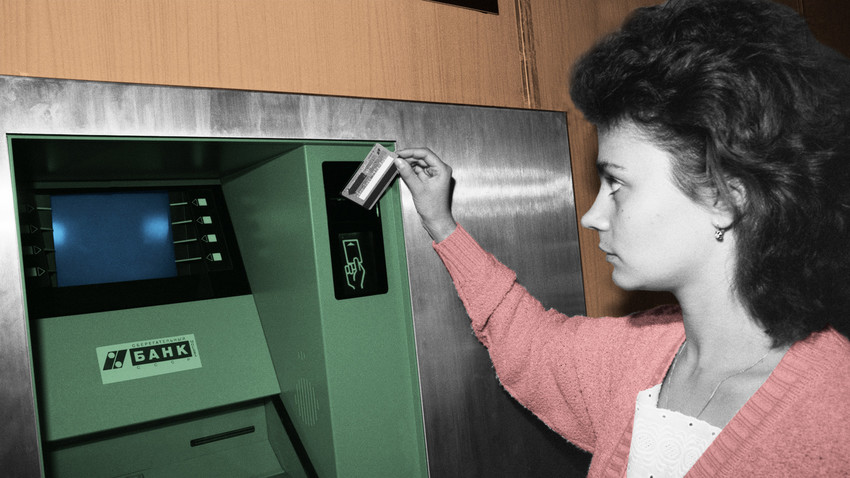 Vitaly Sozinov/TASS
As foreigners found their way to the Soviet Union, so did international payment card providers. But it wasn’t until the 1990s that Russia witnessed the true rise of the cashless payment market.

Credit cards arrived from the West long before the collapse of the Soviet Union. American Express opened an office in the country back in 1958, followed by Diner’s Club, another pioneer U.S. card service provider - also the first independent payment card company in the world. Basically, they catered to the needs of foreign tourists coming to the USSR and allowed them to pay in the country using their plastic cards issued abroad. 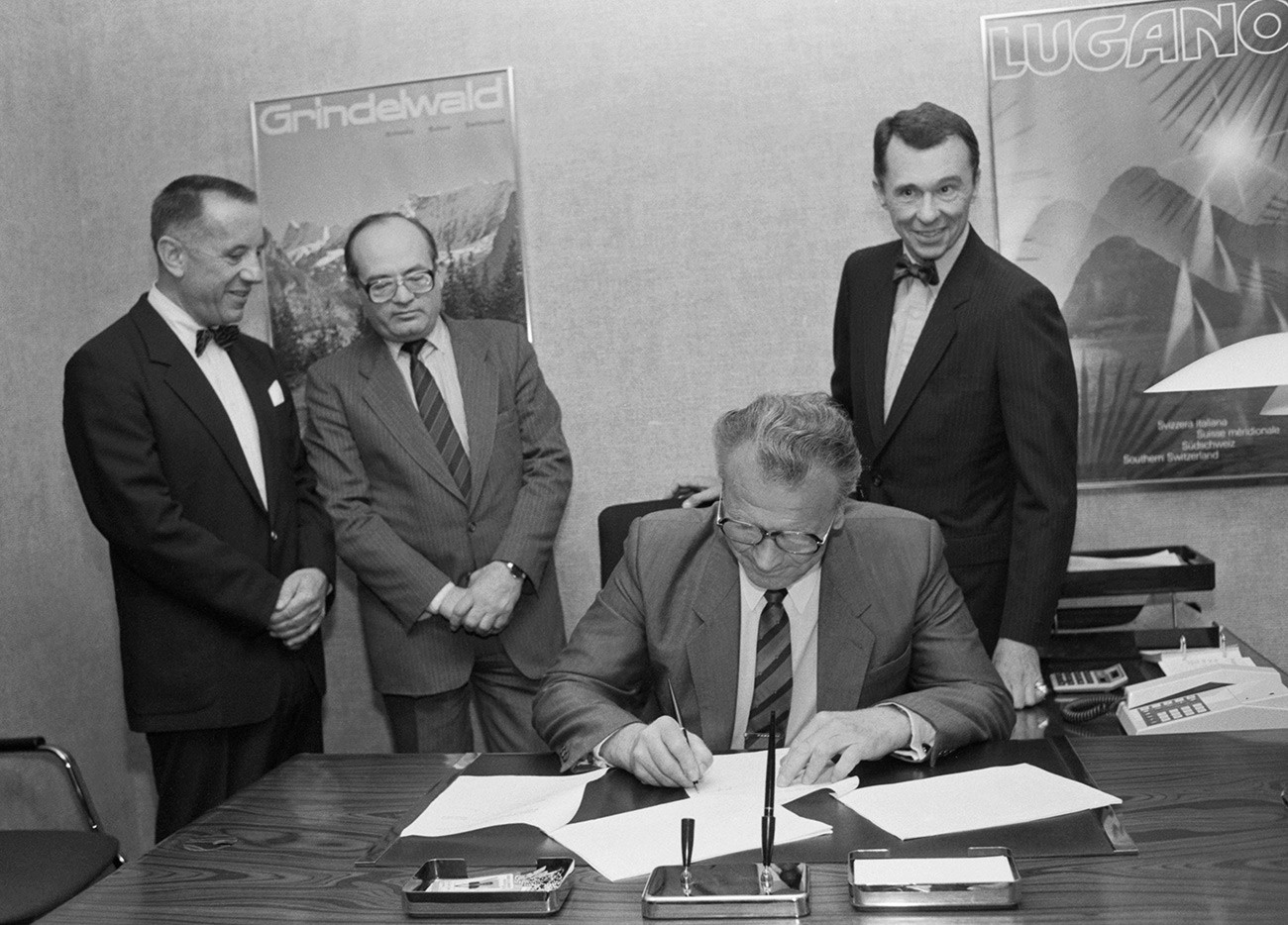 The signing of a contract between American Express and Vneshekonombank

VISA (then Americard), Eurocard and Japanese JCB International came here in the 1970s. Their cards were accepted for payment in certain hotels, bars, restaurants and “Beryozka” shops that sold scarce and luxury goods for purchase with foreign currency, as well as the Russian ruble.

Interestingly, Eurocard - while it was the last company to turn up to the party, also turned out to be the first to issue plastic cards here. In 1986, Vneshtorgbank of the USSR, which had exclusive rights to perform currency transactions (renamed in 1988 as “Vneshekonombank of the USSR”) issued the first Soviet payment cards for government officials and, two years later - the first VISA cards for members of the Soviet Olympic team heading to Seoul.

Yet, these first cards never really got used, and it wasn’t until later when Vneshekonombank had started issuing cards to those who received income in foreign currency and often traveled abroad. Up until 1990, the bank issued around 800 of those “Gold” cards, but it wasn’t long before the era of commercial banks that brought an end to the monopoly on the Soviet international payment card market really took off. 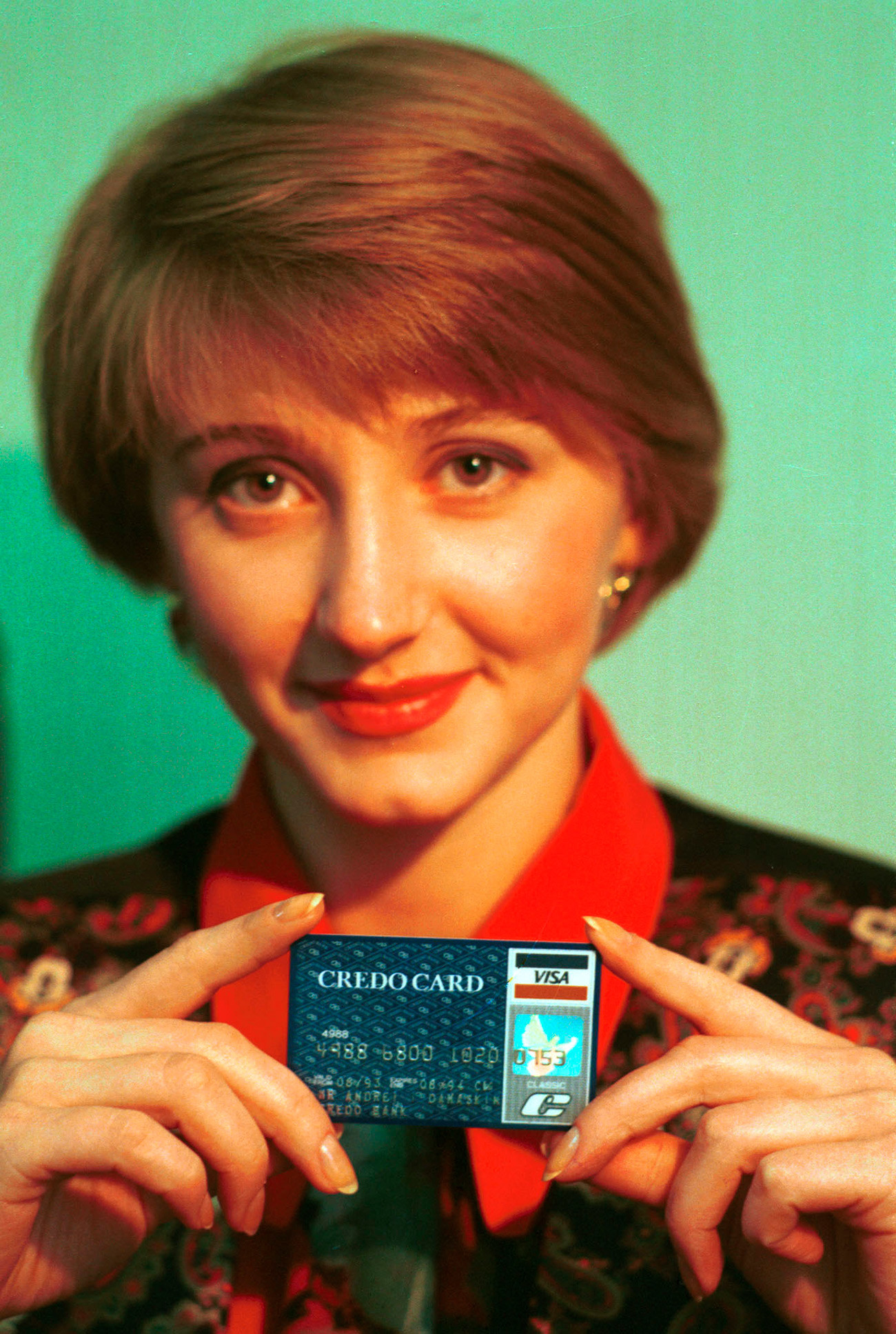 In 1990, Kredobank was the first among commercial banks to receive a currency license, as well as the first to start issuing VISA cards the following year. On September 21, 1991 Kredobank’s head Igor Lipanov made the first VISA payment at “Kalinka-Stockmann” department store in Moscow, purchasing a block of Marlboro cigarettes and a package of Heineken beer. As the story goes, he and his team instantly celebrated the moment drinking all the beer and having a smoke.

While the occasion was indeed an important one, there was one significant setback for potential clients. Theoretically, anyone could obtain the Kredobank card, but the conditions were quite astonishing: one had to first make a down payment of $10,000 and an insurance deposit of $10,000 more. In addition to that, annual card service would run you $100 and the bank would get three percent on cash withdrawals and one percent from all transactions.

Of course, as the number of commercial banks offering payment cards grew, and competition for clients grew fiercer, the conditions improved, and gradually, thanks to contracts with employers on salary transfers, bank cards found their way to the wallets of ordinary Russians. 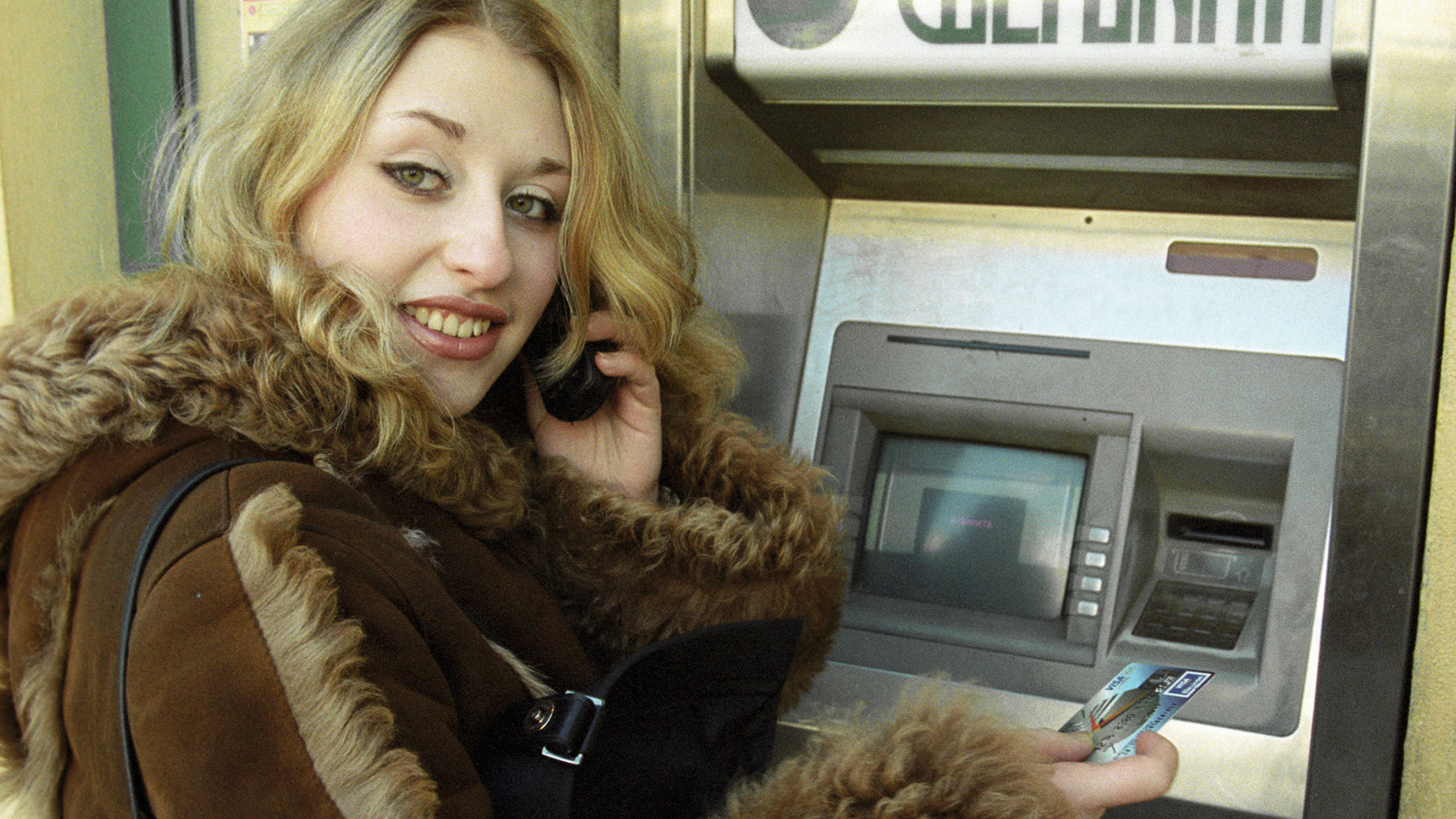 Compared to the West, the real rise of payment cards occurred in Russia only recently. However, it was during these last three decades that this gap actually allowed the country’s banking system to introduce new changes heralding an era of rapid development. Financiers didn’t have to rebuild the existing infrastructure or deal with clients’ conservatism. As a result, Russian banks are now at the top of the list of most innovative in the world. (Just look at the list of online banking services they offer)