4 successful Russian women who started their own business in the U.S. 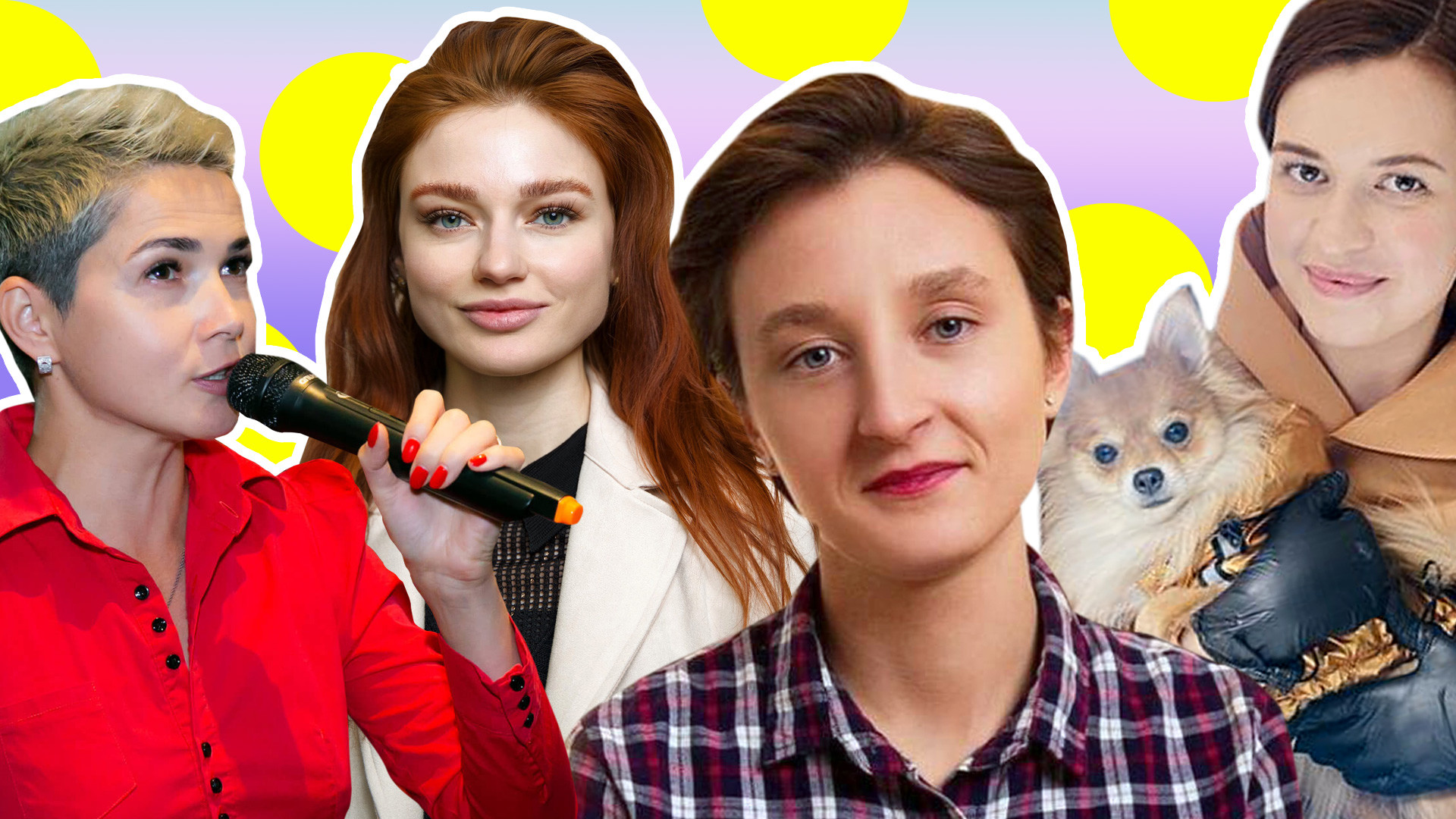 Crazy Science, Alina Avunjan, Sila Misli, @russian_nails_nyc
Founding one’s own company is quite a challenge in itself, but what if you are a female entrepreneur in a foreign country? The stories of these brave Russian women prove that nothing is impossible.

1. Lana Karsakova and her nail beauty salon in New York

A graphic designer and marketing manager Lana Karsakova has been living outside of Russia for six years now. Born in Chelyabinsk, she moved to New York in 2016, where she found work in design, and in 2019, decided to start up her own business. 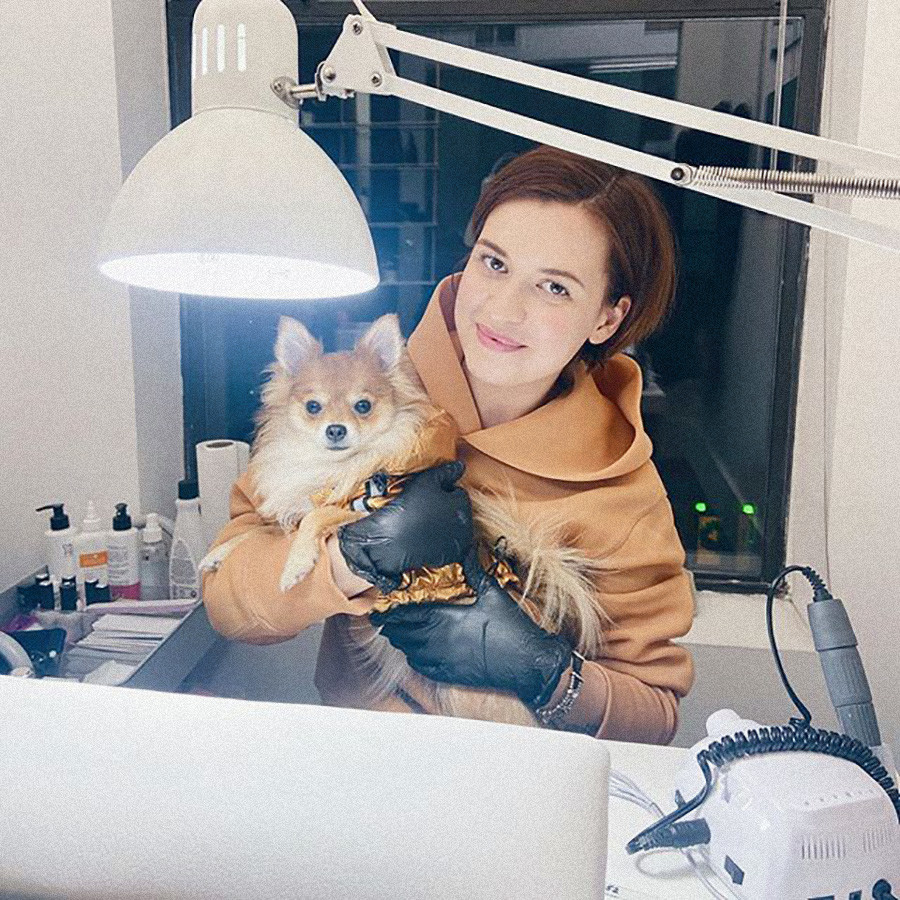 “Everything was going rather well, apart from one thing - I couldn’t find a good nail manicure salon! My inner ‘marketing specialist’ told me that there was demand for it, but no decent options, so I decided to open my own nail beauty salon, without even knowing what the difference between a ‘hardware’ and ‘classic’ manicure was!” she recalls.

At first, there were many challenges: from studying everything there is to know about nail business to finding affordable rental options. “When we opened in October, I had to find both nail technicians and clients. At first, we lacked both, which made me anxious, but eventually I pulled through it. Today, we have six nail technicians, an administrator and myself,” she says. “It’s been six months since our opening, but already by the third month of our operation we were fully booked!” 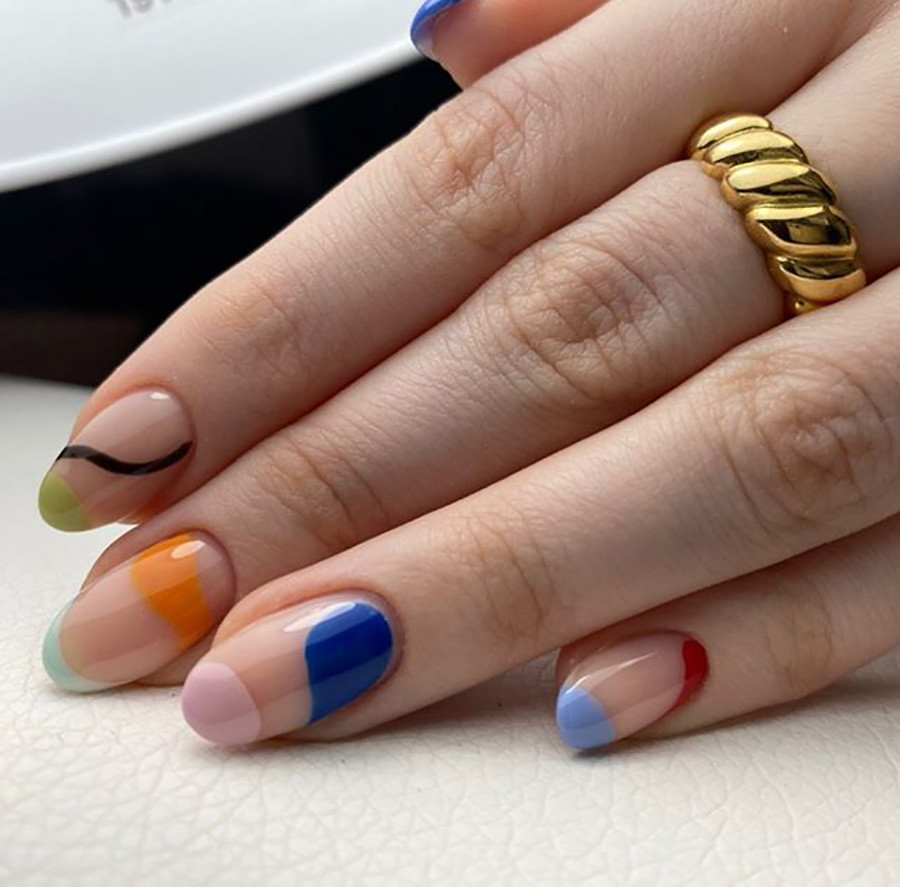 Sometimes, Lana’s Russian mentality created obstacles for her business aspirations. “Our Russian nature doesn’t let us believe people, often leads to belittling oneself, and low self-esteem is not something that helps one to pursue one’s goals every day. An integral feature of our mentality is straightforwardness, and until I convinced myself and those around me that it was my unique thing, it was not easy,” she says, adding that the success in any kind of business depends on one’s ability to react quickly, take risks and establish contacts.

2. Anna Panacheva and her pub quiz company in Miami 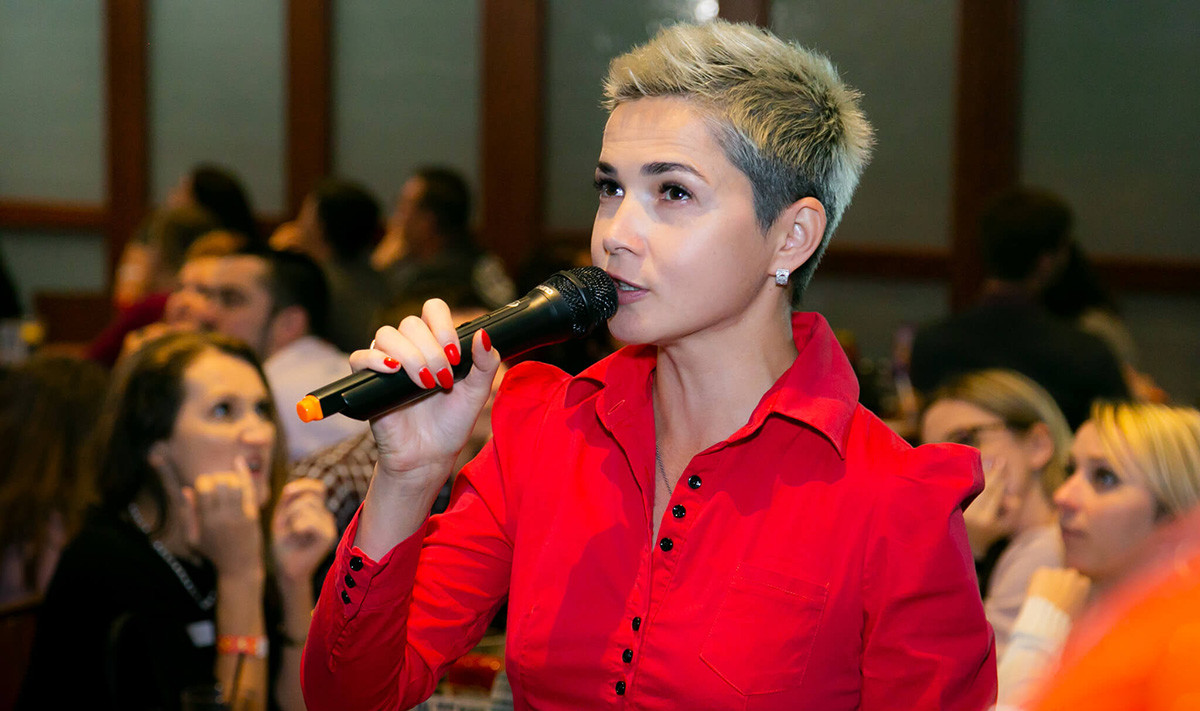 Born in the industrial city of Novokuznetsk, Anna wanted to move somewhere else shortly after finishing university. In 2014, she spontaneously moved to St. Petersburg, then to Moscow, and three years later, went for a holiday to Miami with a friend. “By the end of our vacation, we decided to stay. America is a country of migrants. Here, you feel like you belong, because there are so many people with a similar background,” she recalls.

Being an experienced sales specialist and pub quiz lover, Anna quickly set her mind on trying to organize such games in Miami: “When I moved here, there were no such quiz nights here and I couldn’t stop thinking about it, because I didn’t know how to meet people here, make friends. So, as soon as I got my work permit, I announced my first quiz.” 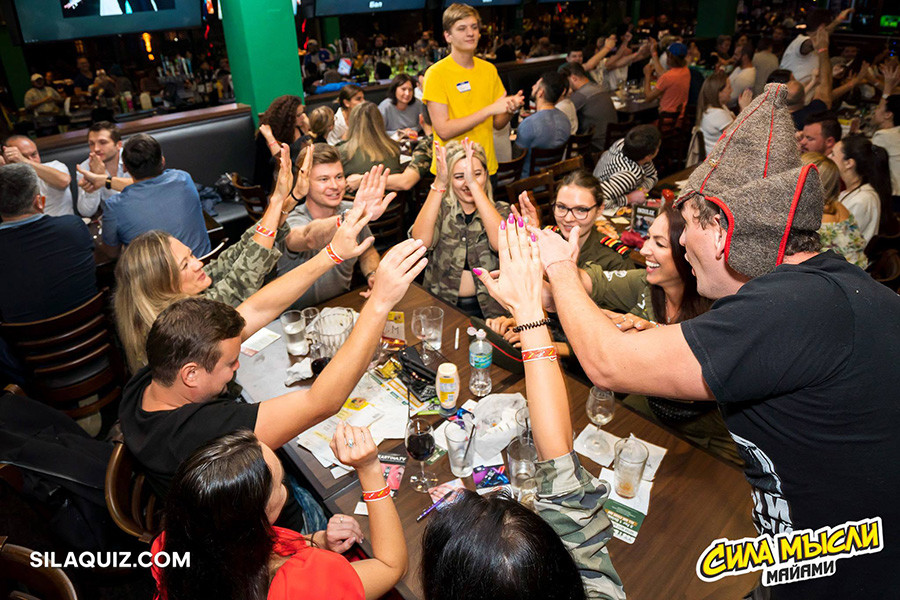 After one successful event came another, and now she’s heading her own quiz game company called ‘Sila Misli’ (Eng. “the power of thought”) which mostly attracts members of the Russian speaking community.

Though she was worried about the bureaucracy involved in registering a firm in a foreign country, it all worked out smoothly. “Coming from Russia, I was afraid of doing something wrong and that the tax body, the bank and other institutions would not let me work freely. But here, the whole goal of the government is to provide entrepreneurs with everything they need to do business and create jobs,” she admits.

Founded just two years ago, today, her company comprises seven people and has not only found its audience in Miami, but also expanded to other cities via franchising: Orlando, New Jersey, Sacramento, San Jose and Los Angeles.

3. Alina Avunjan and her coaching platform in L.A. 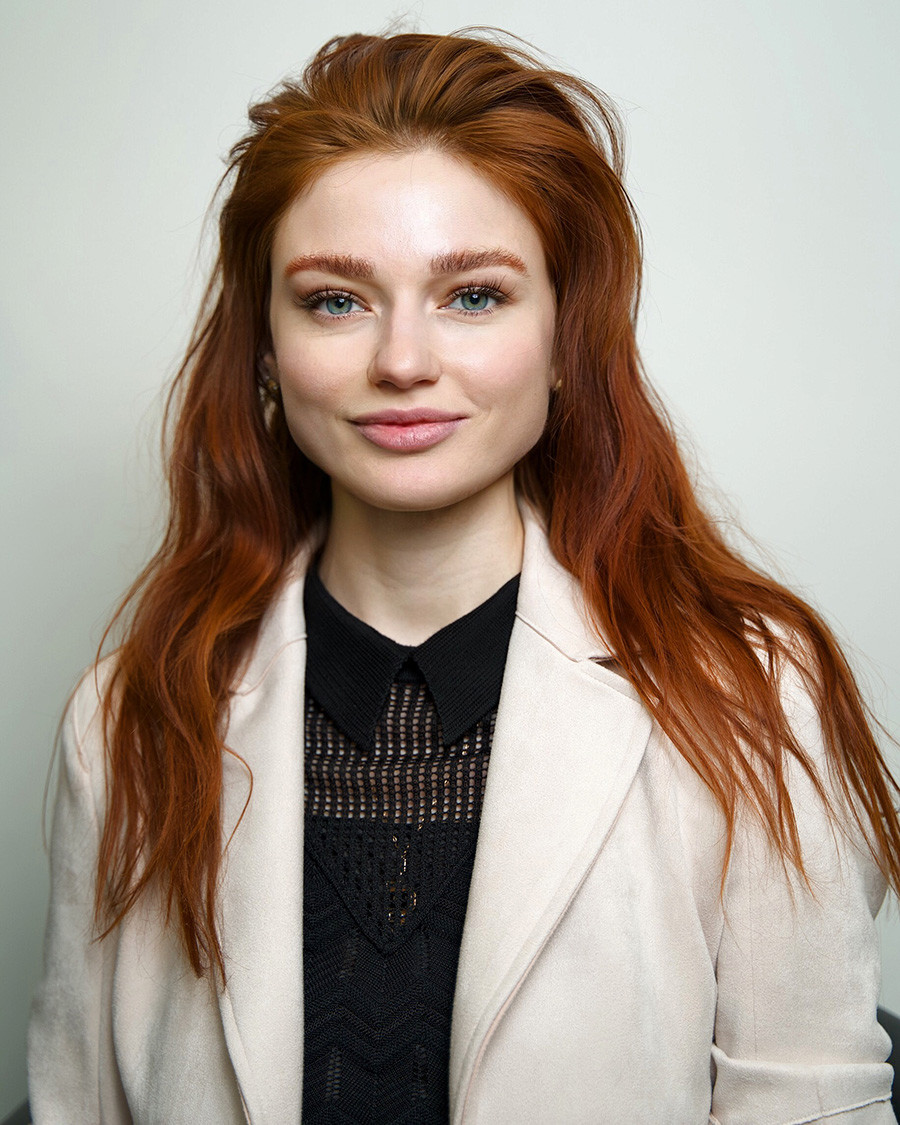 It was 10 years ago when Alina moved to the U.S. from Moscow. Being a media producer, she first traveled to study media further in New York, but the city didn’t impress her. “I hated it and I thought that I had made a terrible mistake leaving my cozy, sincere, cultural Moscow... So, when I had the opportunity, I instantly went back and it wasn’t until I felt an urge to move forward with my career when I thought of the U.S. again, but this time I chose L.A.,” she recalls.

Being fond of psychology and mindfulness since childhood, Alina saw that there was a need in a sort of a connecting technology in the American coaching industry. In 2017, she started ‘Awarenow’, an all-in-one coaching platform to “help coaches take control of their business - automating what can be automated, so that coaches can spend more time coaching”.

“It was very difficult to overcome the language and mentality barriers and work with successful Americans as equals, understanding all the aspects of American business culture, taking part in negotiations and making deals,” she admits. Today, Alina’s team has grown to 10 employees and Awarenow is now a popular tool for business coaches, yoga studios, health and wellness centers, as well as medical clinics. She is especially proud of her company’s volunteer work, including emotional support campaigns for those who’ve suffered from fires in California.

4. Anna Telminova and her science shows for kids in New York 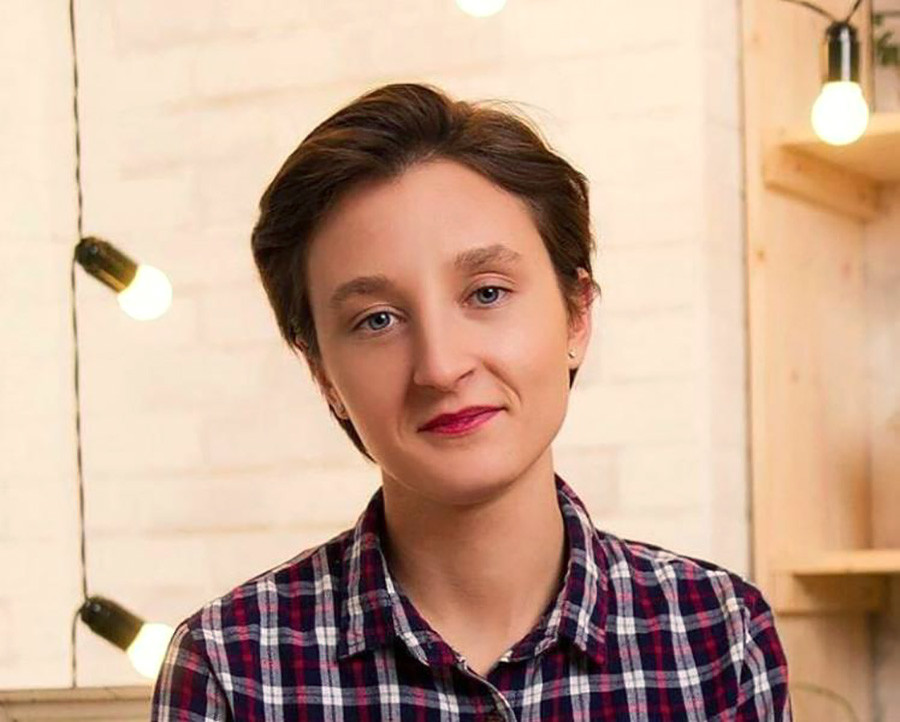 Hailing from Yekaterinburg, Anna moved to New York in 2017. A lawyer by education, she previously had an advertising agency in Russia, but upon arriving in the U.S., started off as a music teacher for kids. “I remember my first $100 - I was over the moon!” She recalls.

At some point, Anna heard about a company doing science shows for kids and instantly fell in love with the idea. “I phoned the owners of the company and they agreed to sell their technology,” she explains.

It took dozens of emails and calls to get her first client, which was a school. “I bought the technology, found and trained a professional English-speaking actor, registered a firm and opened a bank account,” she recalls. One successful show led to more orders and her client base started to grow. 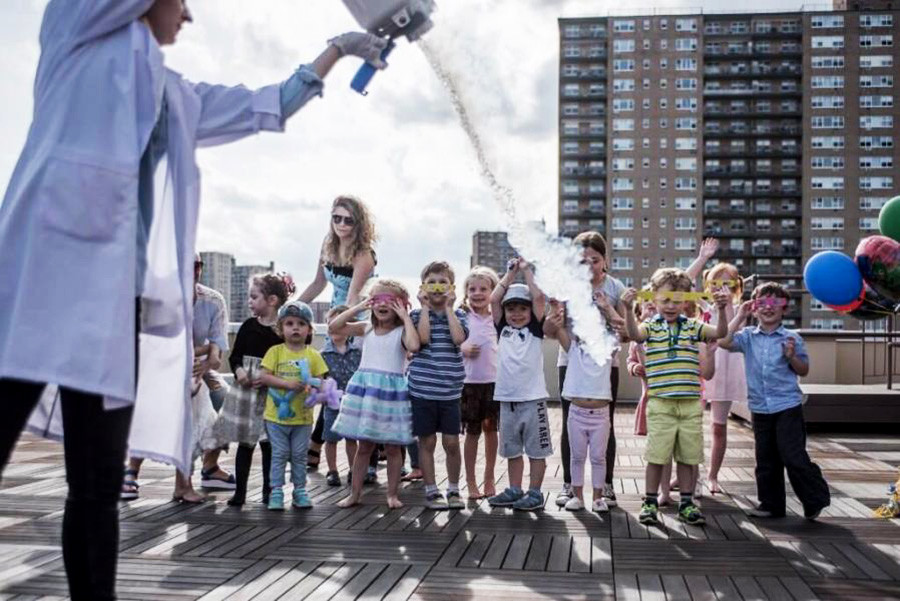 Though her company ‘Crazy Science’ is rather young, it has already received an official approval from the Department of Education of New York. “We’ve been through a lot over these years - some employees left, some tried to copy us and open similar companies. Plus, the more we grow, the more clients I see refusing to work with us, because of my accent or because of I’m a woman,” she admits. “Being a migrant with a strange accent and direct Russian approach, you constantly feel like a sort of a ‘hobbit’ (I’m not tall), but thanks to that, you are less afraid of making new friends and it’s easier to take risks and fail. You are not afraid of looking silly which sometimes is good if you want to be successful.”