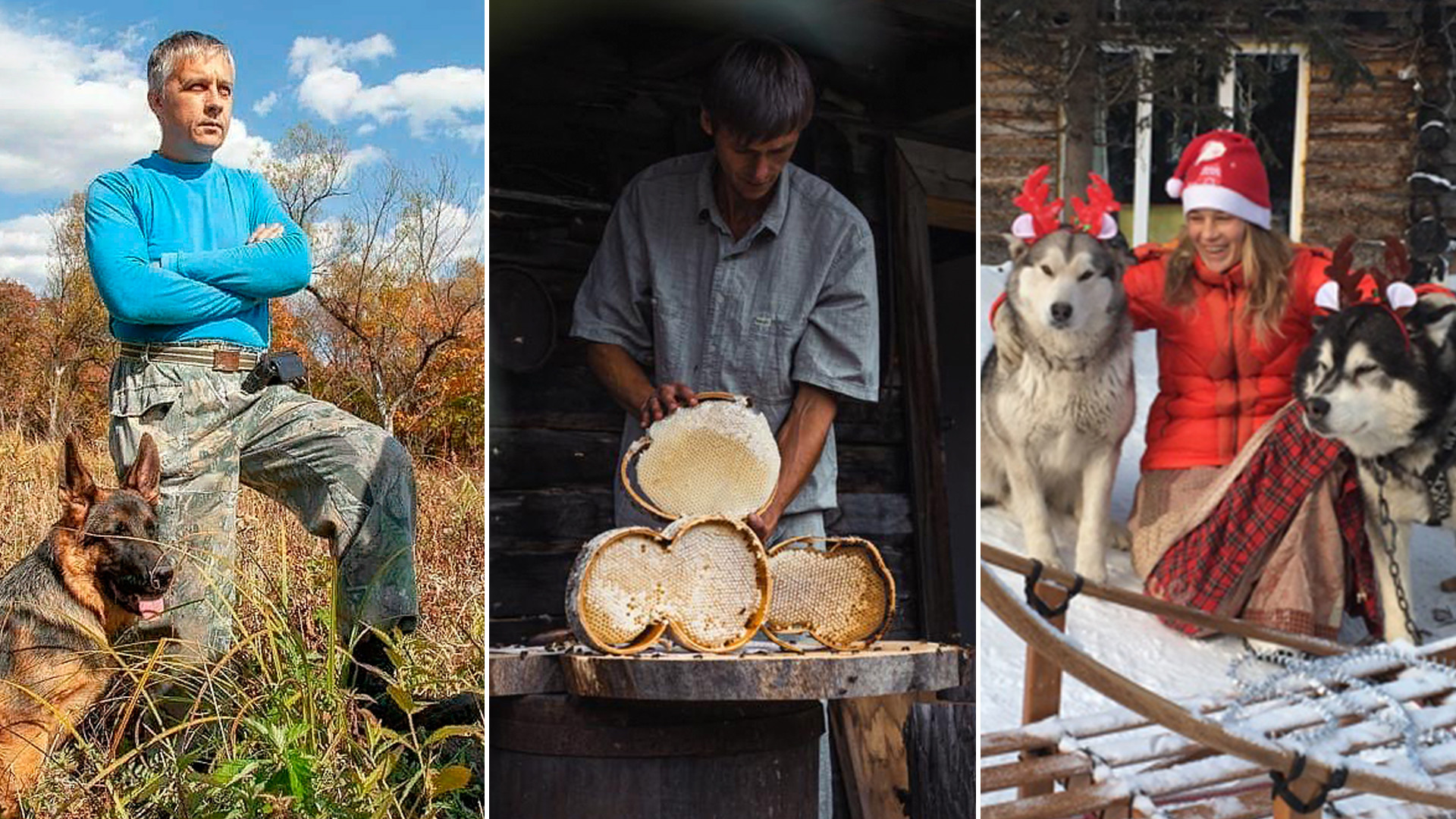 Personal archive
Have you ever dreamed of spending a weekend in a house filled with bees or taking a snowmobile ride on a mountain range in the taiga? Find out what participants in the Far Eastern Hectare program have done with the land they received.

Since 2016, Russia has been running a program in which participants can receive several hectares of land in the Far East for free. That’s right: for free. The purpose of the Far Eastern Hectare project is to facilitate development in hard-to-reach places at the very ends of Russia by using these lands for both personal and commercial purposes. We met owners of some of the most unusual plots of land given out in the program. 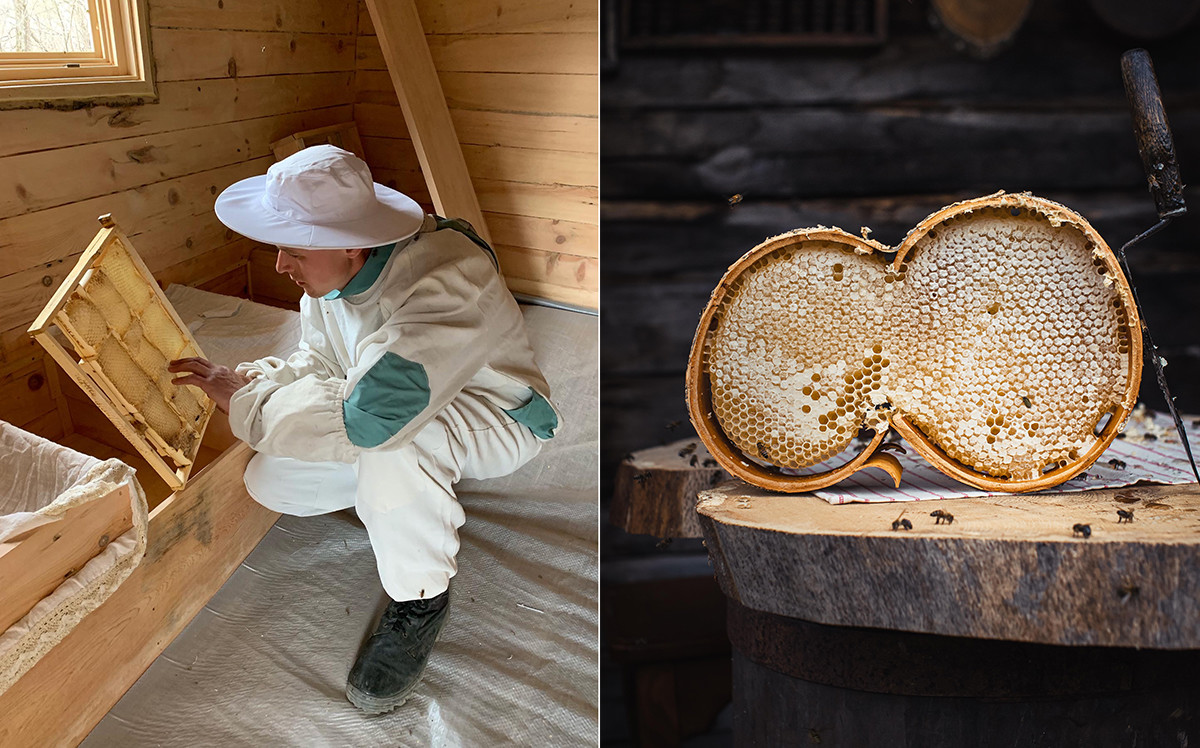 Would you like to spend a weekend at an apiary, including a night in a house with bees? This unusual form of recreation came to Primorye thanks to Alexander Yurkin. His family had a dacha in the village of Tigrovoe, and then in 2016 he received 10 hectares of land through the program and used it to build a farm.

“So far, people who have stayed here are either our friends or their friends, who learn about us by word of mouth,” says Alexander. Guests can stay in the owners' house or in tents, but they also have the option of spending a night in a house with bees called Apitoria. “On the ground floor, there is a large cedar plank bed where four bee colonies live, and on the first floor a guest room with a panoramic view of the apiary,” Alexander says. “This is a place for people who want to lie on a bed with bees, gain extra strength, listen to their buzzing, be on the same energy wave with them, stay in their biofield, smell the resin of Korean pine and, of course, honey. They can stay overnight or just visit for a couple of hours.”

Alexander knows everything there is to know about bees. When he was a child, his father took him to an apiary in the taiga, and he still has 50-year-old beehives left by his wife's grandfather. Once he had built a family of his own, he found himself thinking more about the quality of food they ate and their relationship with the environment. 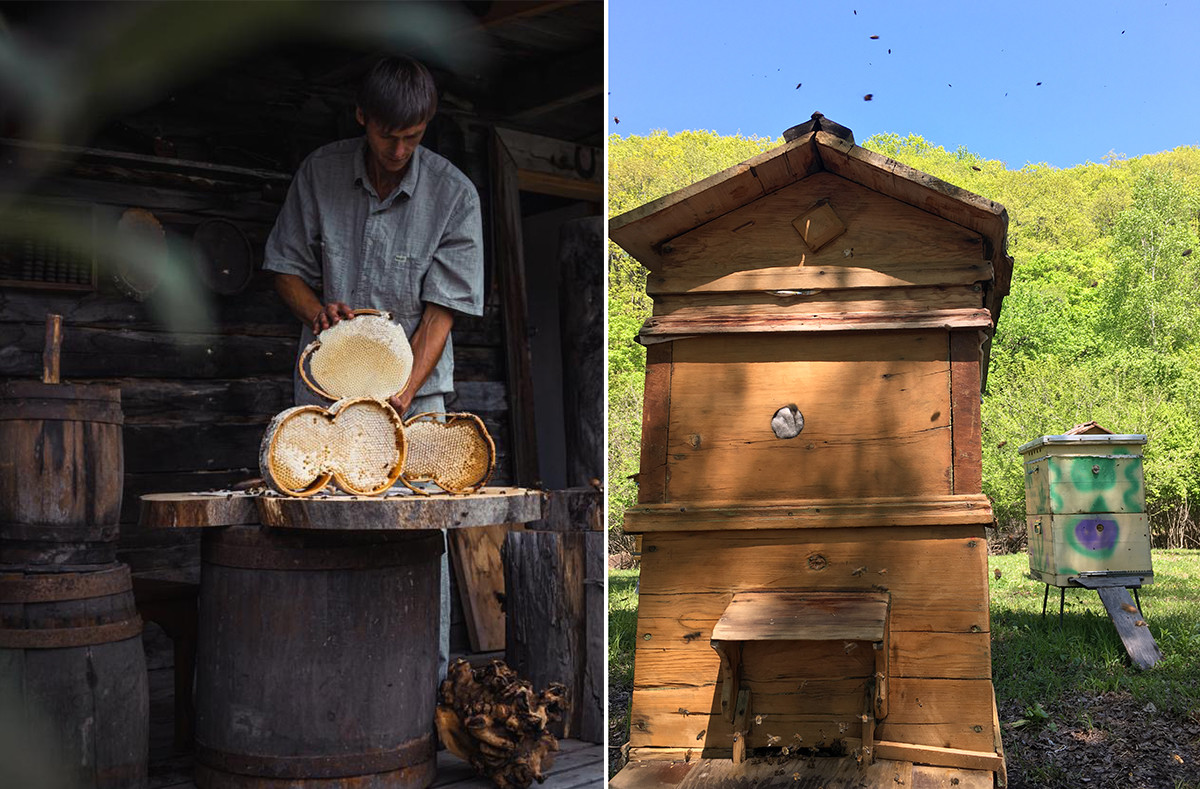 Together with his wife, three children and mother, Alexander lives on the farm between April and November. The family goes to Vladivostok sor the winter months—so the children can “socialize a bit,” Alexander says—while he remains at the farm, repairing hives, doing any necessary construction or renovation work, and selling honey via Instagram. He travels to the city to visit his family for a couple of days each week.

Although the city is just 160 km away, the mountainous terrain makes it rather difficult to reach, especially after typhoons, which are quite common here. In Soviet times, there was a ski base here that was linked to the city by a Snezhinka excursion train. The village itself used to have a population of over 1,000 people, but these days just five houses, including Alexander's, have people living in them. 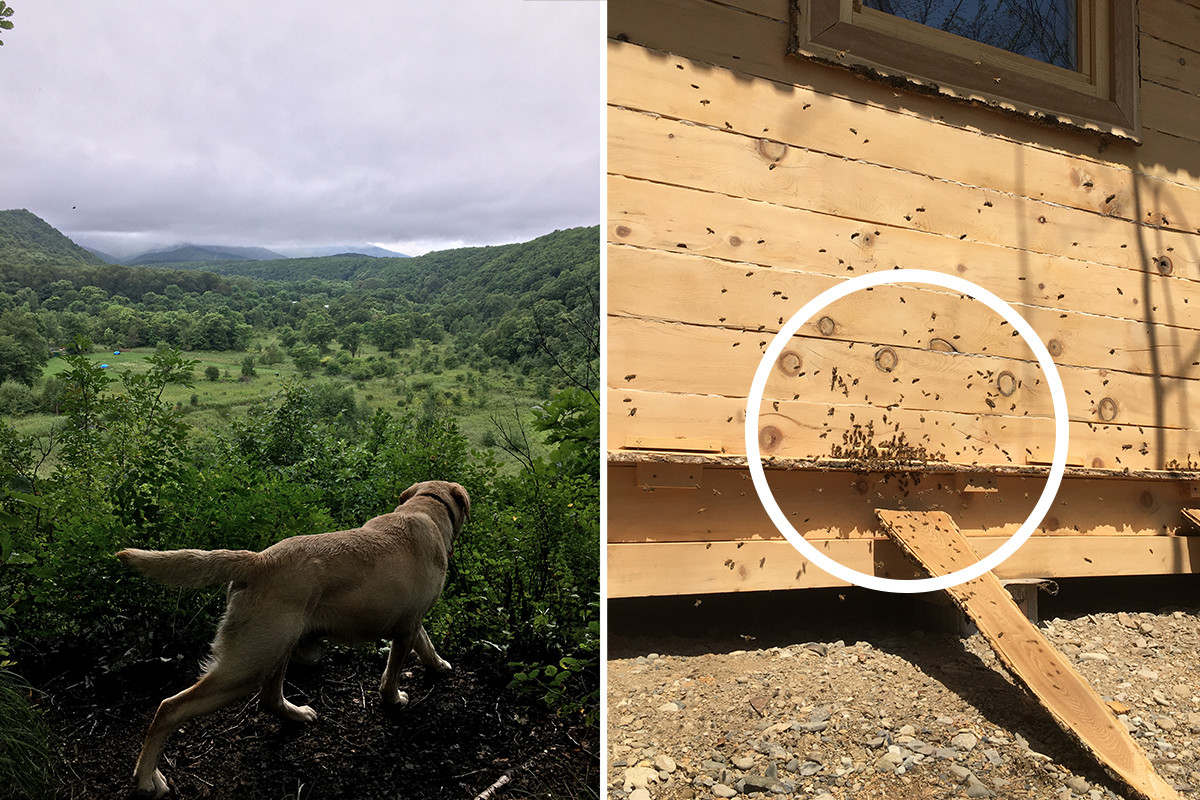 “We were surrounded by land that was not registered to anyone. So, when the Far Eastern Hectare program was launched, we decided to apply for that land. We took plots of land along the river, where there were houses a hundred years ago. We plan to clear all the thickets and build holiday homes there.”

Alexander says this program has allowed people who were afraid of red tape associated with the registration of land ownership to do everything without any hassle and payments. “I do not see a massive influx of people from other regions here, although there are some serious entrepreneurs who have taken 50 hectares each and are trying to develop tourism and agriculture. There are difficulties not only with roads, but also with electricity. Also, we regularly get visits from taiga inhabitants—tigers, red deer, wild boars, bears.”

“Last year, a bear came for 33 nights in a row, trying to get to the hives. I didn't want to shoot it. They come back every year anyway. In the end, I decided to leave a glass jar with honey for it. The bear ate all the honey, without even breaking the jar—it turned out to be a very civilized bear—and never came back."

Alexander hopes that all these difficulties are temporary and that people from the city will start coming to Tigrovoe again to get closer to nature.

“I want space,” he says. “I want people to feel freedom here, even if there is no electricity or internet, and the bees continue to buzz."

A fairytale place in the mountains 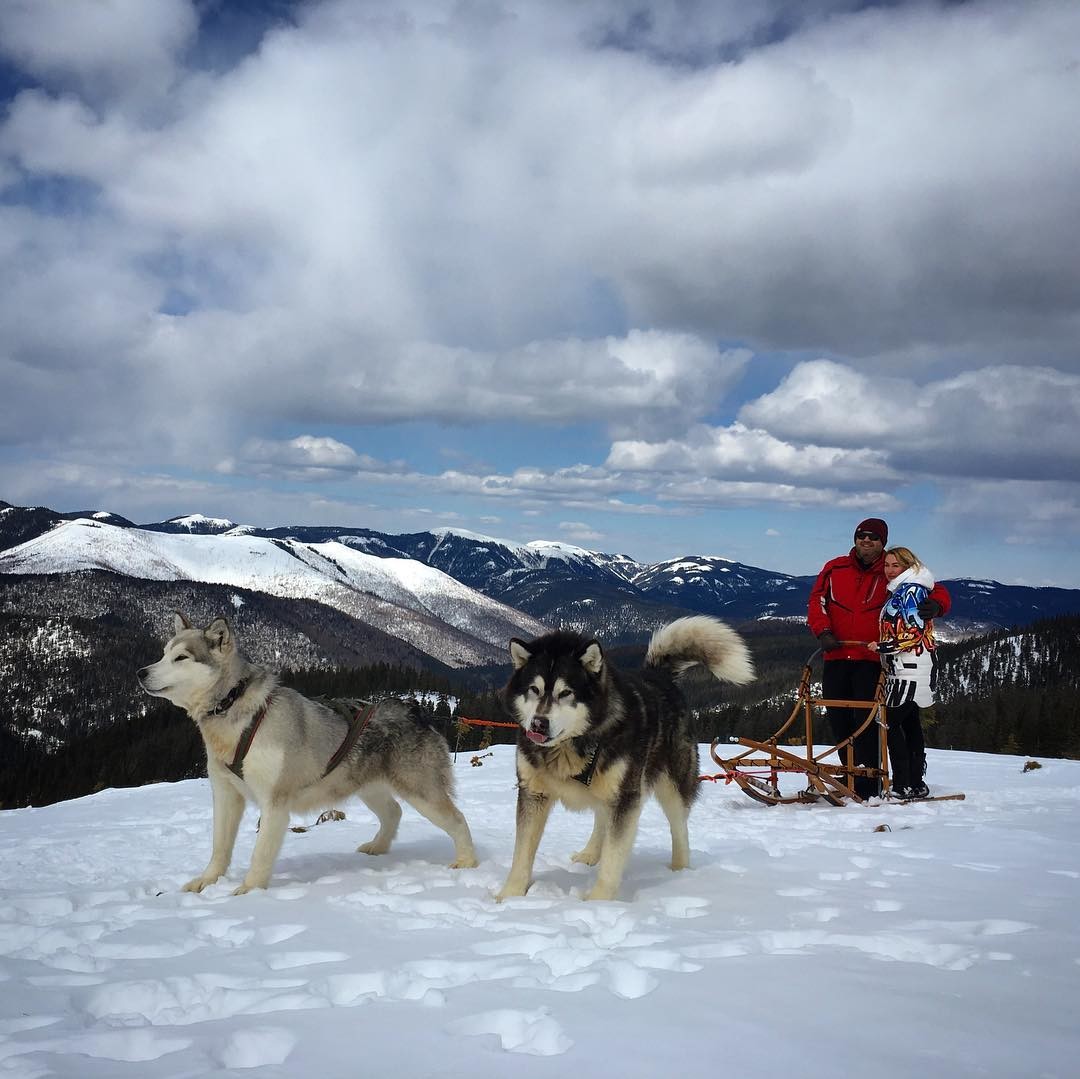 Viktor Atamanyuk and Evgenia Yurieva are a couple who, along with their three children, left Khabarovsk and settled deep in the taiga in 2003. They made the decision to abandon city life because they wanted to live closer to nature, to escape an everyday office routine and to try to start a business "from scratch." Here, on the Miao Chan mountain range, 8 km from the nearest village along almost impassable roads, they set up a holiday hotel with outdoor toilets and no internet. There are four guest houses with wood stoves, a real Russian banya and eight Alaskan Malamute and Siberian Husky sled dogs for taking sleigh rides through the snowy taiga. A Far Eastern Alaska, as Evgenia refers to her property.

“At first, we rented this land for 13 years, but when the Far Eastern Hectare program was launched, we registered it in our name under this program,” Evgenia explains. 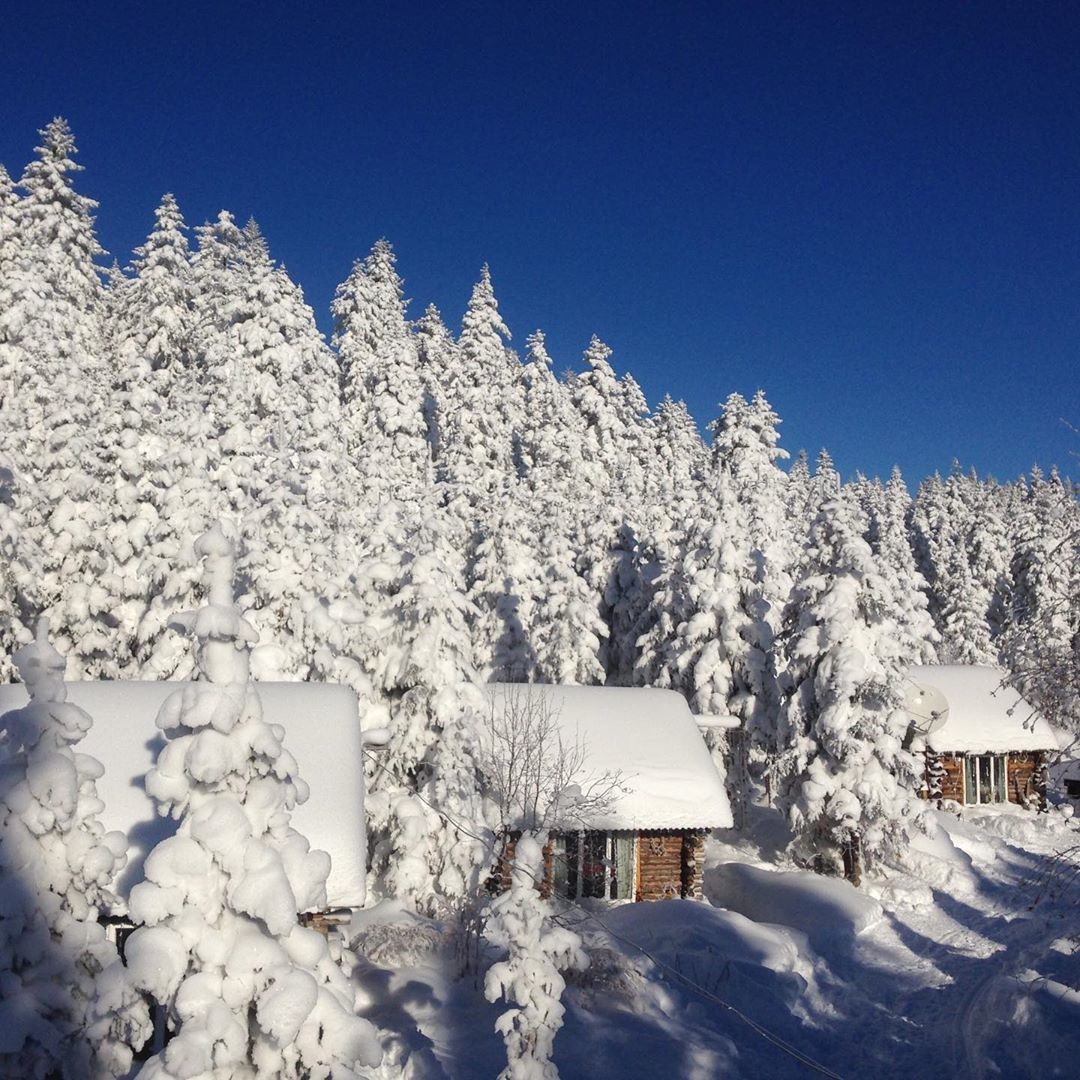 They welcome around 1,000 guests each season and are beginning to experience a shortage of space for accommodating everyone. The hotel organizes family excursions, fun bachelorette parties as well as business seminars.

“We would like to build a guest house that could receive more guests simultaneously and would be easier to maintain than those that are heated by stoves” Evgenia says.  “We wanted to take out a loan for this project, but the banks refused us, having considered our revenues insufficient.”

For the time being, all their profit goes towards maintenance costs, which, given the harsh climate and lack of infrastructure in the heart of the taiga, are considerable. “We spent our own money to make a well, we have a gasoline generator, and we use an overgrown road that was built by Soviet geologists. In the winter, we can be reached from the village only by snowmobiles, skis…or on foot,” Evgenia says.

Until 2020, additional financing was allocated for Far Eastern Hectare focusing on agricultural projects. However, next year this will be expanded and projects in the tourism sector are expected to be eligible for assistance as well. Evgenia hopes that this will soon make it possible for more guests to come experience the beauty of Miao Chan. 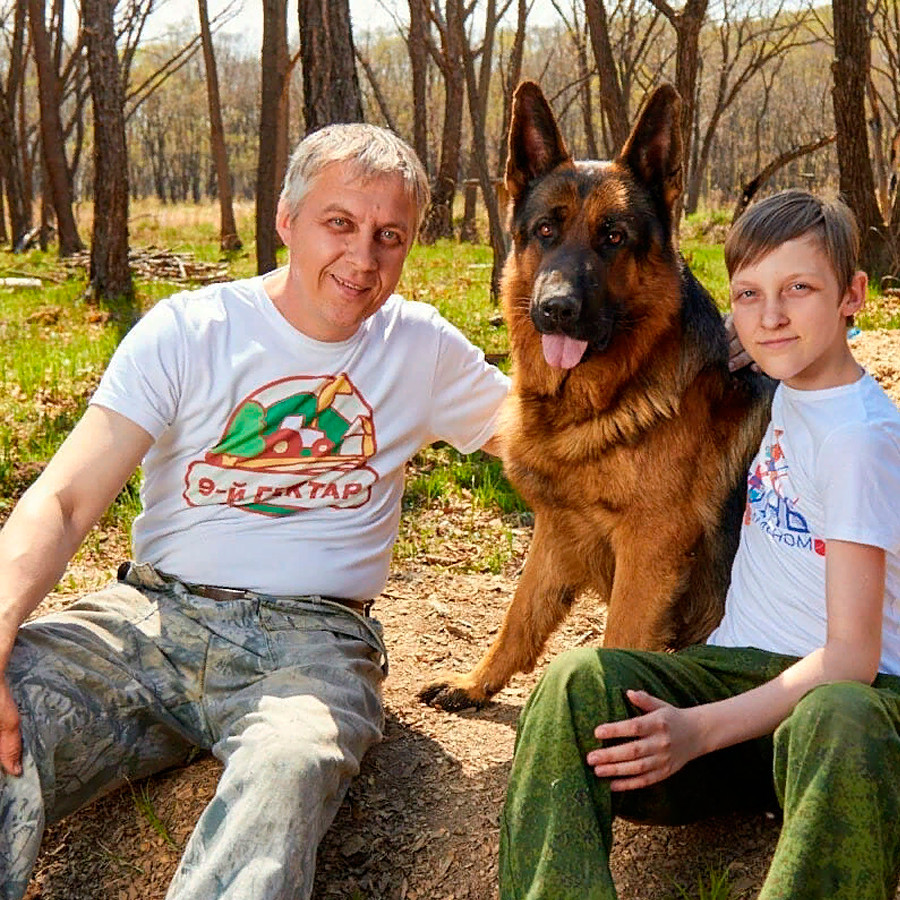 Until recently, Andrei Popov lived in Vladivostok and worked in video advertising. Then he left the city and came out to the taiga and the village of Timofeyevka, 45 km from the city, to pursue his dreams. “I always wanted to have a house of my own and a garden, but there was no possibility to do that. So, when the Far Eastern Hectare program was announced, I decided that it was time to act,” Andrei says. “I took nine hectares and set up a small farm here.”

At first, it was a farm like most others, raising chickens, goats and quails. “Arable farming is impossible here because the soil is full of huge boulders,” Andrei says. “I wanted to plant a couple of hectares of potatoes and even bought a tractor. But when the snow melted, I saw a field of stones and wept." Then Andrei came up with the idea of breeding black Vietnamese pigs. He also learned to grow shiitake mushrooms, which have both culinary and medicinal uses. “If the mushrooms are a success, I'll allocate more land to growing them,” he says. 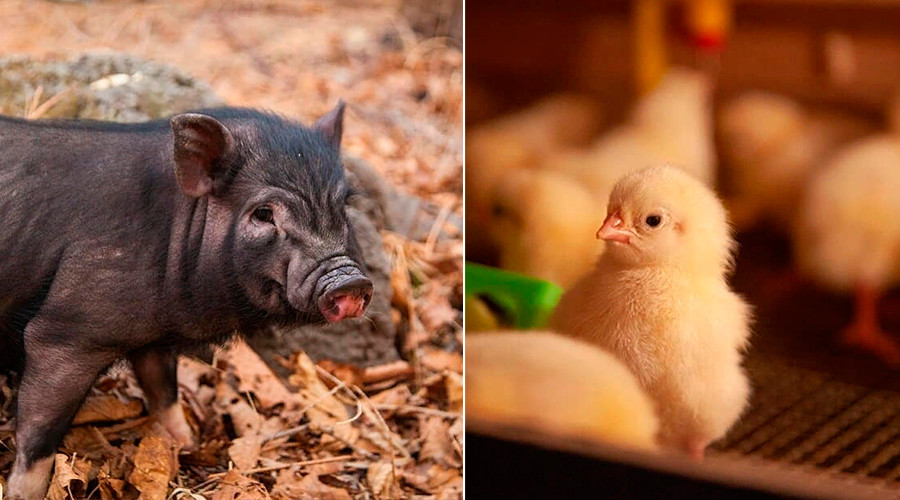 Andrei has been lucky in terms of infrastructure. There is a cell phone signal, roads, and even electricity here. He learned the art of farming by watching online videos and talking to more experienced farmers. Andrei's son, who comes from the city for the holidays, is helping him build the house and look after the property. 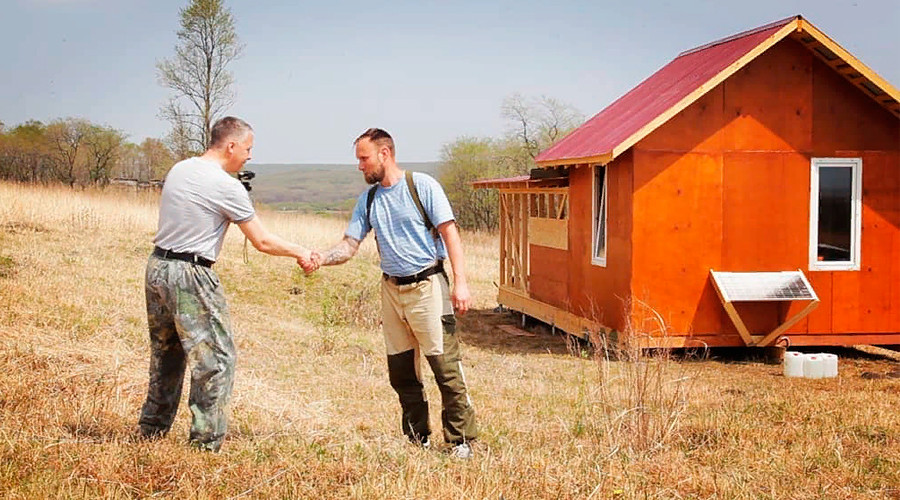 Andrei did not forget his advertising experience either. He runs a popular blog on YouTube and Instagram, telling the story of his transformation from an office worker into a farmer and sharing tips on how to get all the paperwork right to set up a farm of your own. “It is important to correctly choose and register the land on which you can do agriculture, especially if you have no prior experience in this field,” he says.