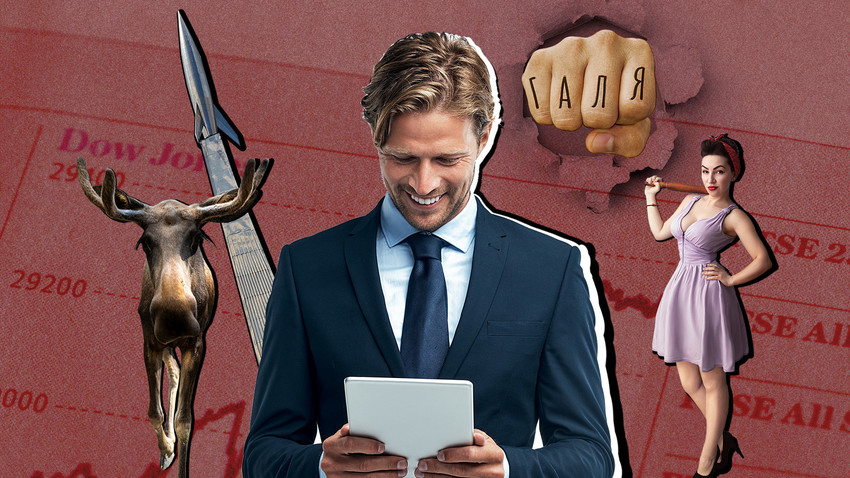 Kira Lisitskaya (Photo: Shapecharge/Getty Images, Pixabay, Unsplash)
Whenever Russians discuss the stock market on social media, curious words and phrases regularly pop up, such as лось (‘los’; ‘elk’) - which must often be зарезан (‘zarezat’; ‘butchered’), or a ракета (‘raketa’; ‘rocketship’) that must be boarded. Then there are the hilarious diminutive versions of Russian names...

- Guys, what’s going on with Fedya?

- And what about Galya?

- Butcher that elk, before it’s too late, man. Better take a look at Zina instead.

This is the sort of conversation you’re likely to come across among Russian investors on some trading app ahead of a trading session.

Since 2019, Russia has been seeing an ever-increasing number of private investors in the stock market. As of the third quarter of 2021, their number on the Moscow stock market - the largest of its kind in the country - has risen by four times and now stands at more than 15 million.

There are several reasons associated with this steep inflow of investors in the market:

This increase in the purchase of stocks and other financial instruments has given birth to a novel lingo that these new investors use when discussing their activities online. 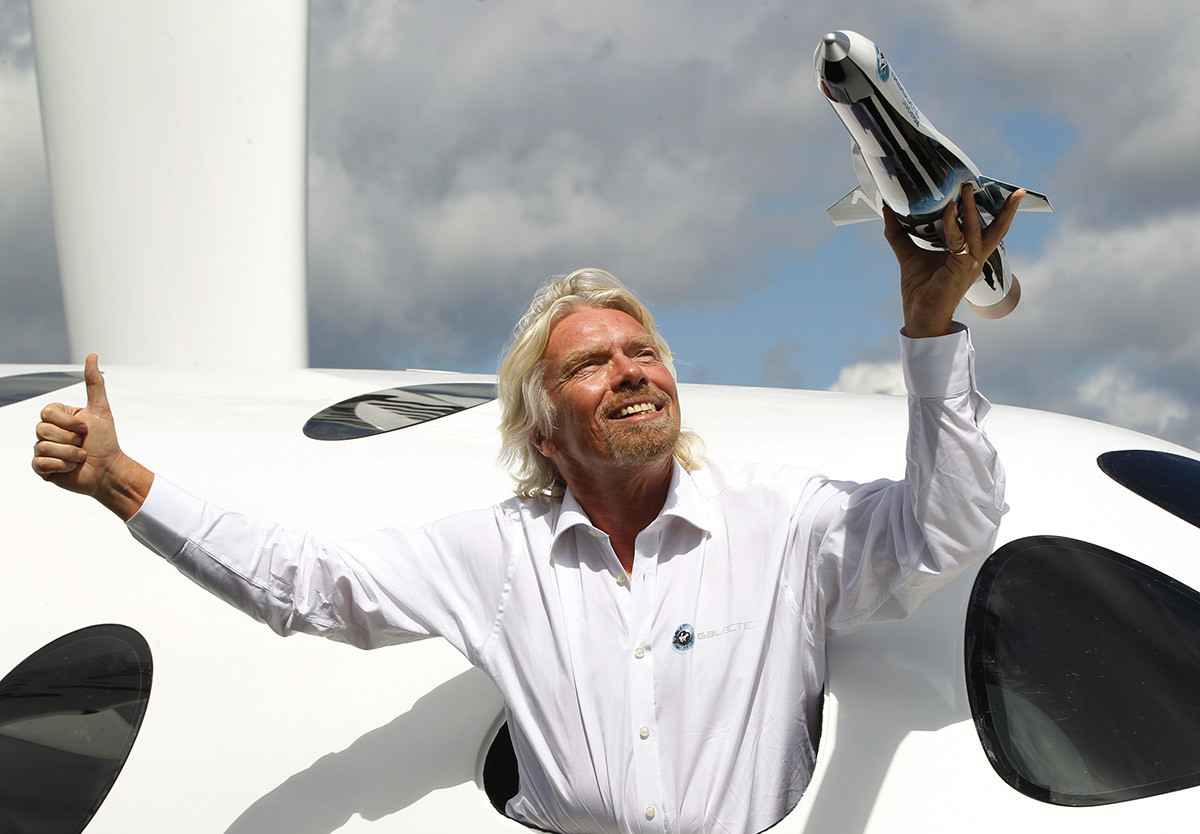 Sir Richard Branson poses for the photographers in the window of a replica of the Virgin Galactic, which according to the company will be the world’s first commercial spaceline.

Richard Branson’s ‘Virgin Galactic’ - the company that plans to become the first large-scale civilian space tour operator, was among the most discussed American names on the Russian stock market in the summer of 2021, ahead of Branson’s own space flight. Russian investors amicably refer to the company as Галя (‘Galya’) or Галина (‘Galina’) - derived from ‘Galaxy’.

You see, when an investor “входит на всю котлету” (“enters with their entire burger”) into a stock (a burger or patty in Russian is kotleta) - or at least a sizeable first instalment, which newcomer investors are often prone to doing - the stock becomes something very dear and close to their heart, that is easier to refer to by using an informal and easily understood slang or nickname.

Another female name that’s acquired darling status among speculators for its day and swing-trading potential is the relatively small cap ‘Zynerba Pharmaceuticals Inc’: it goes by Зина (‘Zina’ - full name ‘Zinaida’) - a moniker that rhymes with its ticker symbol - ZYNE. It’s worth noting, however, that Russians are just as likely to use the nickname for another medical company - ‘Zynex Medical’, an equipment manufacturer.

Another example is Мася (‘Masya’), which turns out to be really similar to the American retail giant ‘Macy’s. In Russian, Masya is one of the amicable short versions for names that begin with the syllable ‘Ma’ (Maria, Maksim etc.). It’s also possible to use it when tenderly referring to a child (the word malenkiy - or “small” - sometimes mutates into the similar-sounding slang form of masenkiy, hence ‘Masya’). The lingo can also be used for siblings, romantic partners and even pets.

There are men in this group, as well - such as the serious Федя (‘Fedya’) - also known as FedEx Corporation, the globally recognized shipping company. 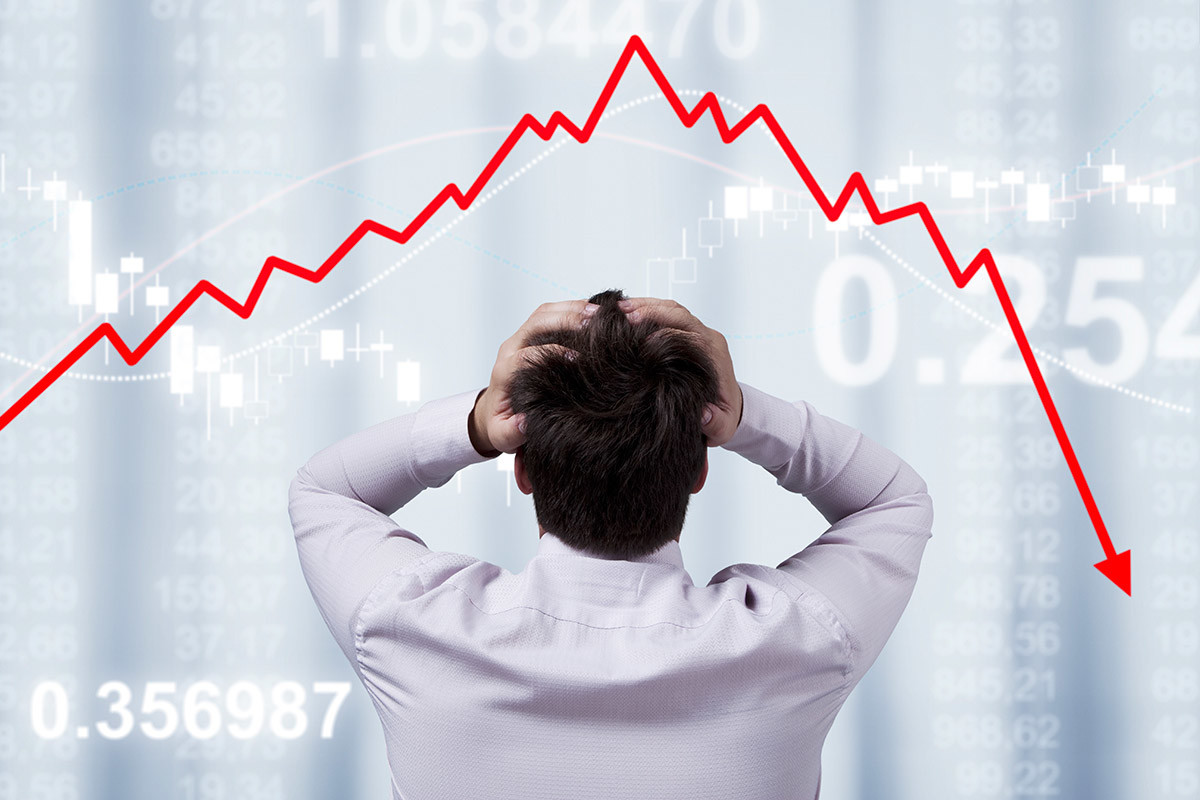 Speaking of cutting losses, the Russians have a word for that as well - ‘elk/moose’, which is лось (‘los’’) in Russian. The phrase “Зарезатьлося” (“Zarezat’ losya”; “to butcher the elk”) is a favorite among Russian investors when speaking of exiting a losing position - or “cutting your losses”.

When trading high-tech companies on the American stock market, Russian investors found another convenient rhyme: this way, Nasdaq became Наждак (‘Nazhdak’), or emery, an abrasive material used for polishing. Meanwhile, the S&P 500 index, which includes around 500 of the largest-cap U.S. companies, somehow mutated into “Си-пи” (‘Si-pi’), which is an abbreviation of the word ‘sipliy’ - a Russian word that describes a subdued, raspy voice.

And what words and monikers do you use in your languages when discussing the stock market?