5 of 10 Europe’s fastest growing cities are in Russia! Why? 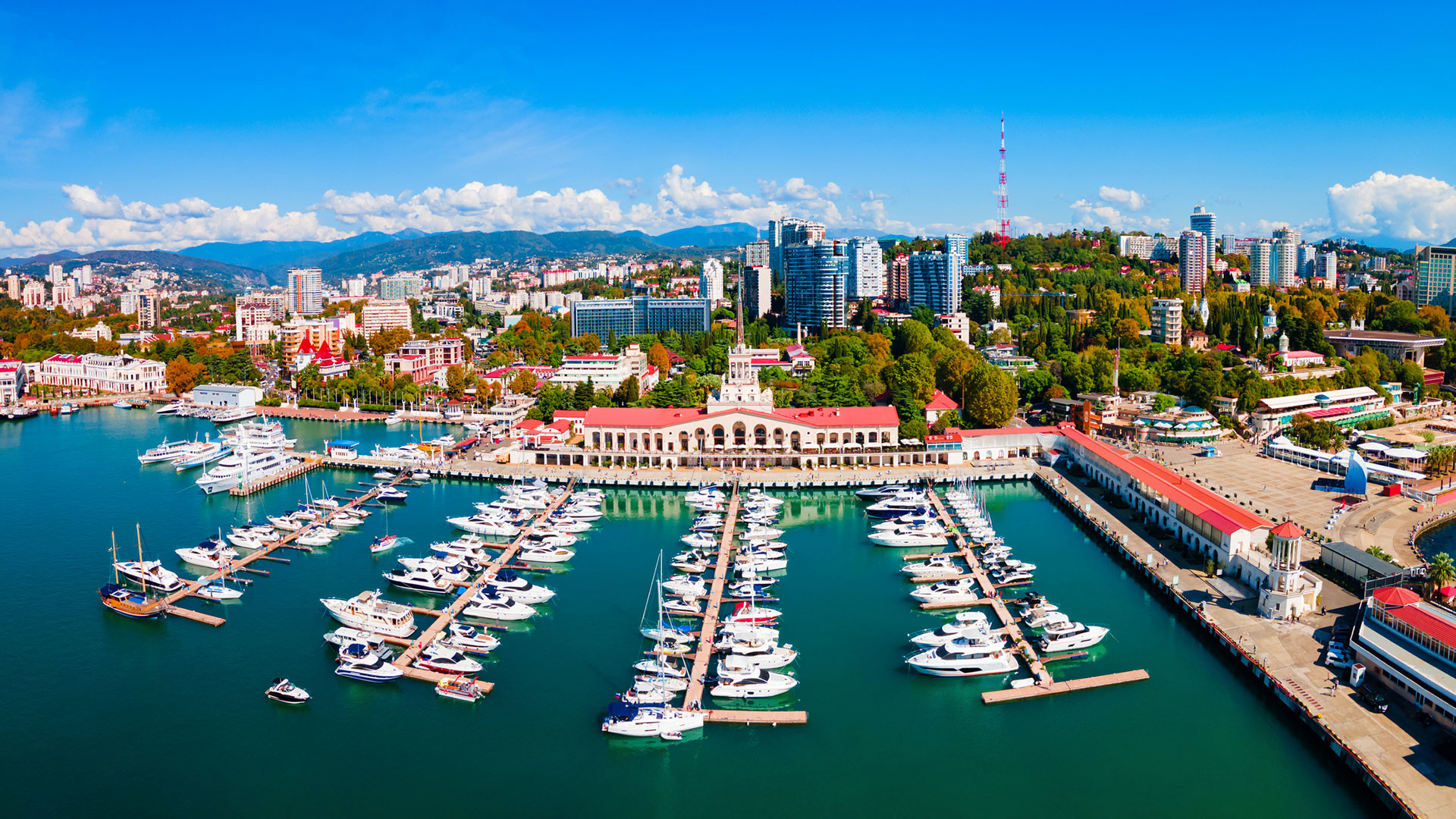 The view of Sochi.

Getty Images
Drop everything and move to Siberia! Sounds a bit crazy, doesn’t it? However, it seems more and more people are doing exactly this!

Five Russian cities were included in Europe’s Top 10 fastest growing cities - a ranking that was published by Visual Capitalist, based on data from the UN, the European Commission and the Statista agency.

The publication notes, however, that European cities are still growing much slower than Asian and African cities. But, there is still some growth and Russia is leading the way. 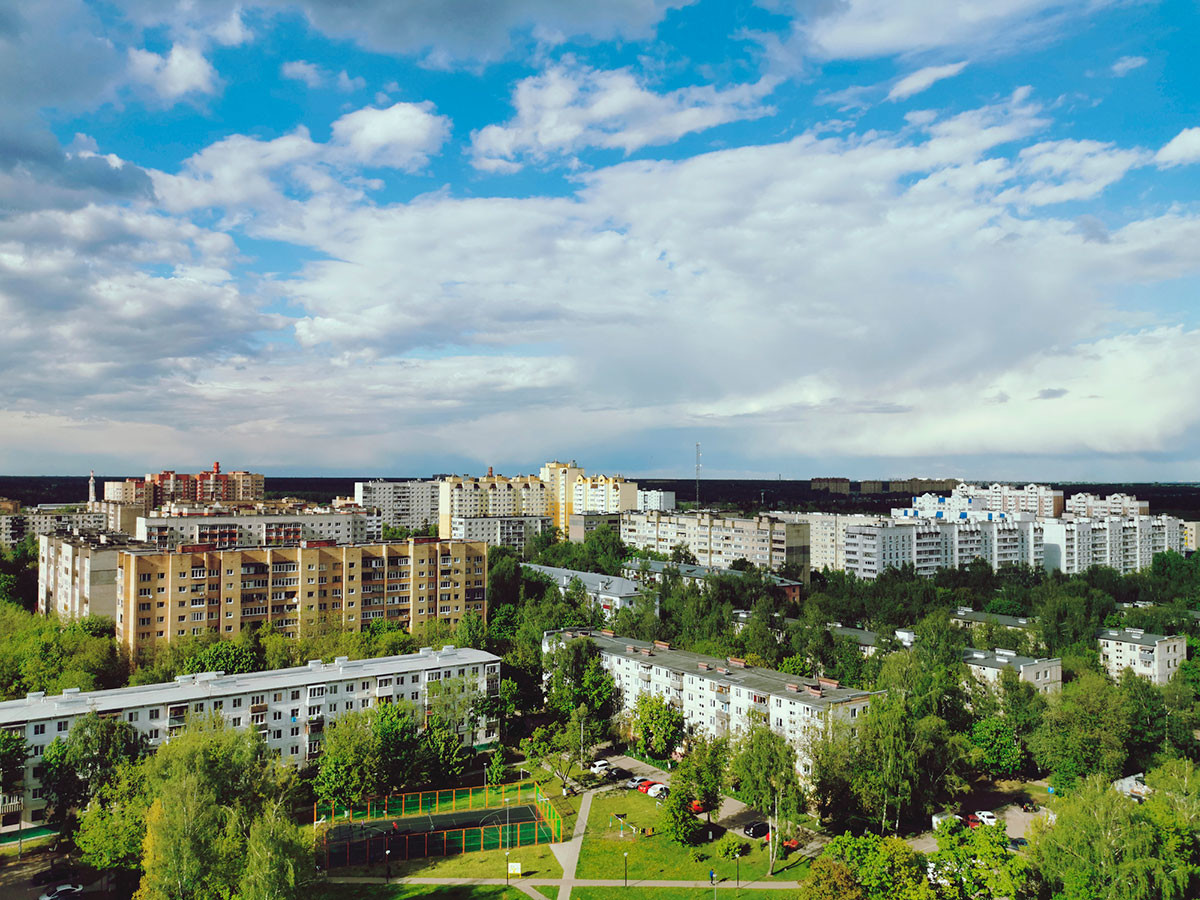 In first place is Balashikha. It’s technically not a separate city, but rather a suburb of Moscow, located to the East of the capital. In fact, it is one large residential area. There, you’ll see not only old Soviet panel buildings, but also the so-called “cheloveiniks” (something like “peoplehills” in English, a play on the word “anthill”). In 2012, about 260,000 people lived there, but then it merged with the neighboring town of Zheleznodorozhny and the population increased to half a million inhabitants. In addition, new residential areas are actively being built there and more people are relocating from all over the country - apartments here are cheaper than in Moscow, but there already is a metro station nearby linking it to the capital.

By the way, you can also find Balashikha on the map of Australia - it was founded by a Russian emigrant. 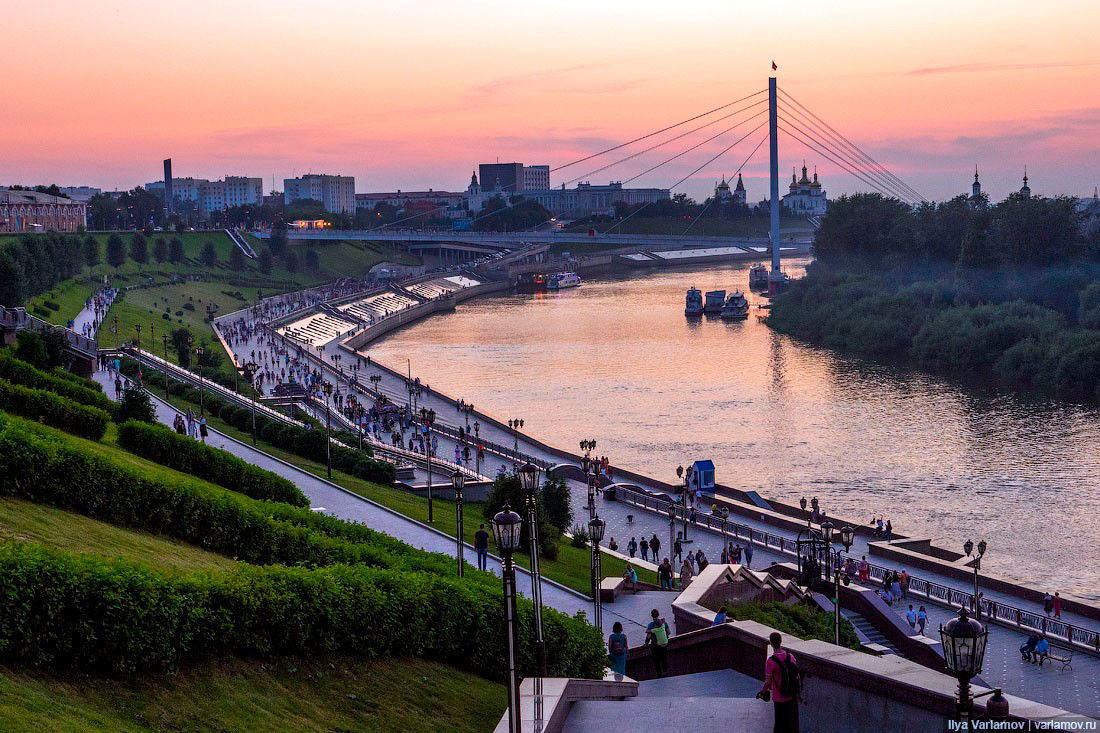 Tyumen is in second place. More than 816,000 people live in this Siberian city and this figure is constantly growing (in 2011, it was 600,000). People move there, first of all, because of work: a large number of oil and gas companies have headquarters and offices there. Most of the new residents are from small northern cities.

In fact, Tyumen has repeatedly been included in the rankings of the most comfortable cities to live in Russia, which takes into account incomes and expenses in the city, the quality of the urban environment, as well as the climate. In 2021, Tyumen took third place in all these categories. 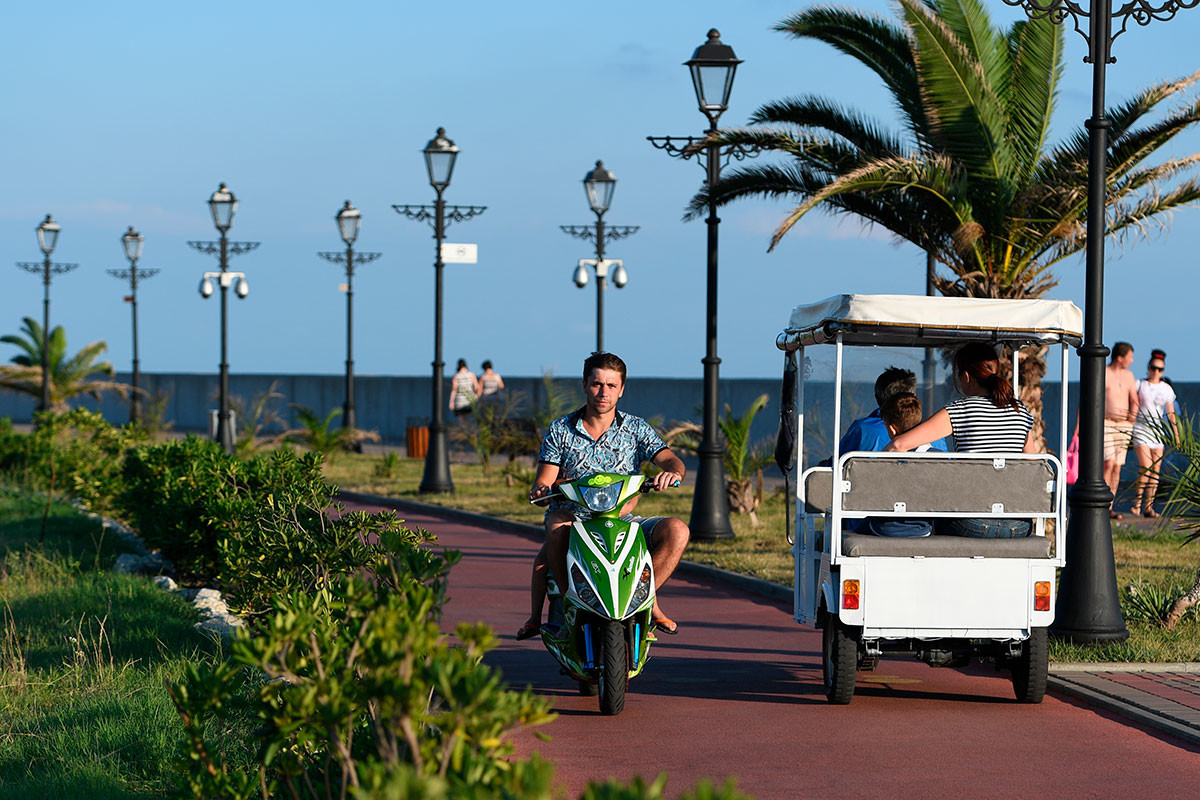 The resort city of Sochi on the Black Sea has a population of more than 430,000 people and sits at 5th place in the list of the fastest growing cities in Europe. In Russia, it is also one of the most popular cities for moving to. It is one of the hottest cities in the country with a comfortable climate and warm winters. Therefore, people often move here from the Far North and Siberia, not only to work, but also to live in retirement.

“For me, the climate is a priority. After Kurgan (the Urals), where both winter and summer can be cold and cloudy, in Sochi, I just enjoy life every day!” Arina writes. 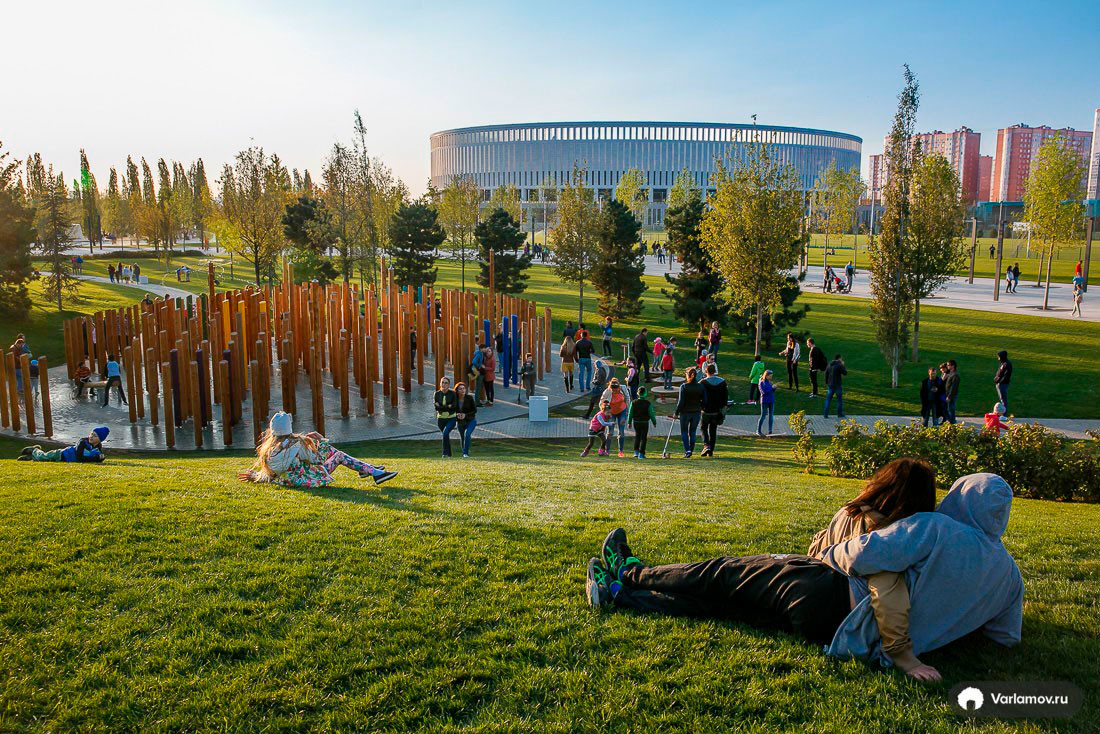 Krasnodar, the capital of the Krasnodar Krai, which is also home to the Black Sea resorts (Sochi, Anapa, Tuapse, Gelendzhik), is in 9th place on the list of fastest growing European cities. In 2012, there were about 700,000 inhabitants, while today, there are almost a million people!

The city stretches inward from the sea, but it still has a wonderful climate and warm winters. The location is also very good: It takes just 2-3 hours to get to the Black or Azov Sea, or 5 hours by car to the ski resorts in the nearby mountains. At the same time, a big problem for the city are the giant traffic jams. There are about 450,000 private cars and, in the summer season, this number also increases.

“There are few theaters and restaurants with fine cuisine, but I feel like I’m here on vacation every day,” says Elena, who moved from St. Petersburg. - It’s like I came to my babushka, I walk all year round in shorts, I pick apricots and cherries right on the street in the yard, I enjoy life.” 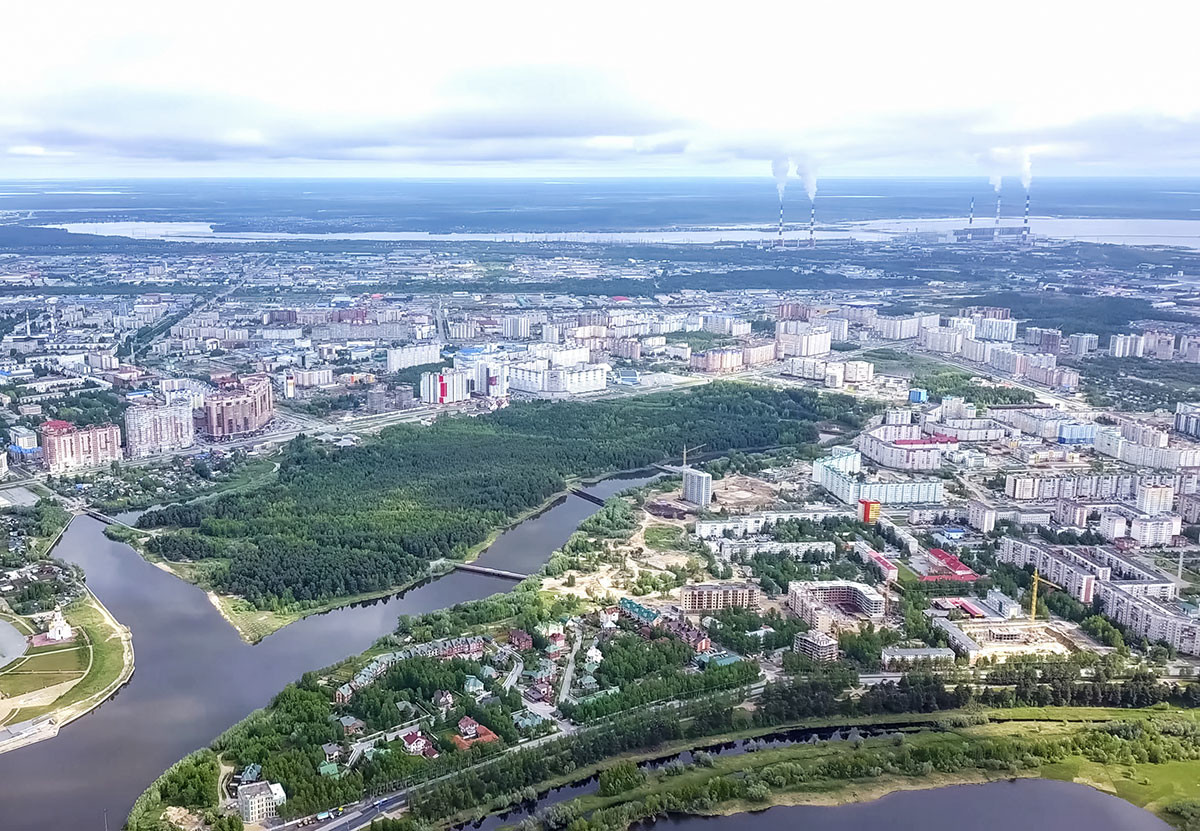 Surgut, another “oil and gas” center of Russia, is the 5th and final city in the Top 10 fastest growing European cities. Only 400,000 people reside in this Siberian city, but it’s among the top three cities that bring the largest GDP to the country (after Moscow and St. Petersburg) and 4th for the highest salaries in the country.

Incidentally, Surgut took second place in the list of the most comfortable cities in Russia in 2021. The biggest disadvantage of Surgut is, of course, the harsh northern climate. 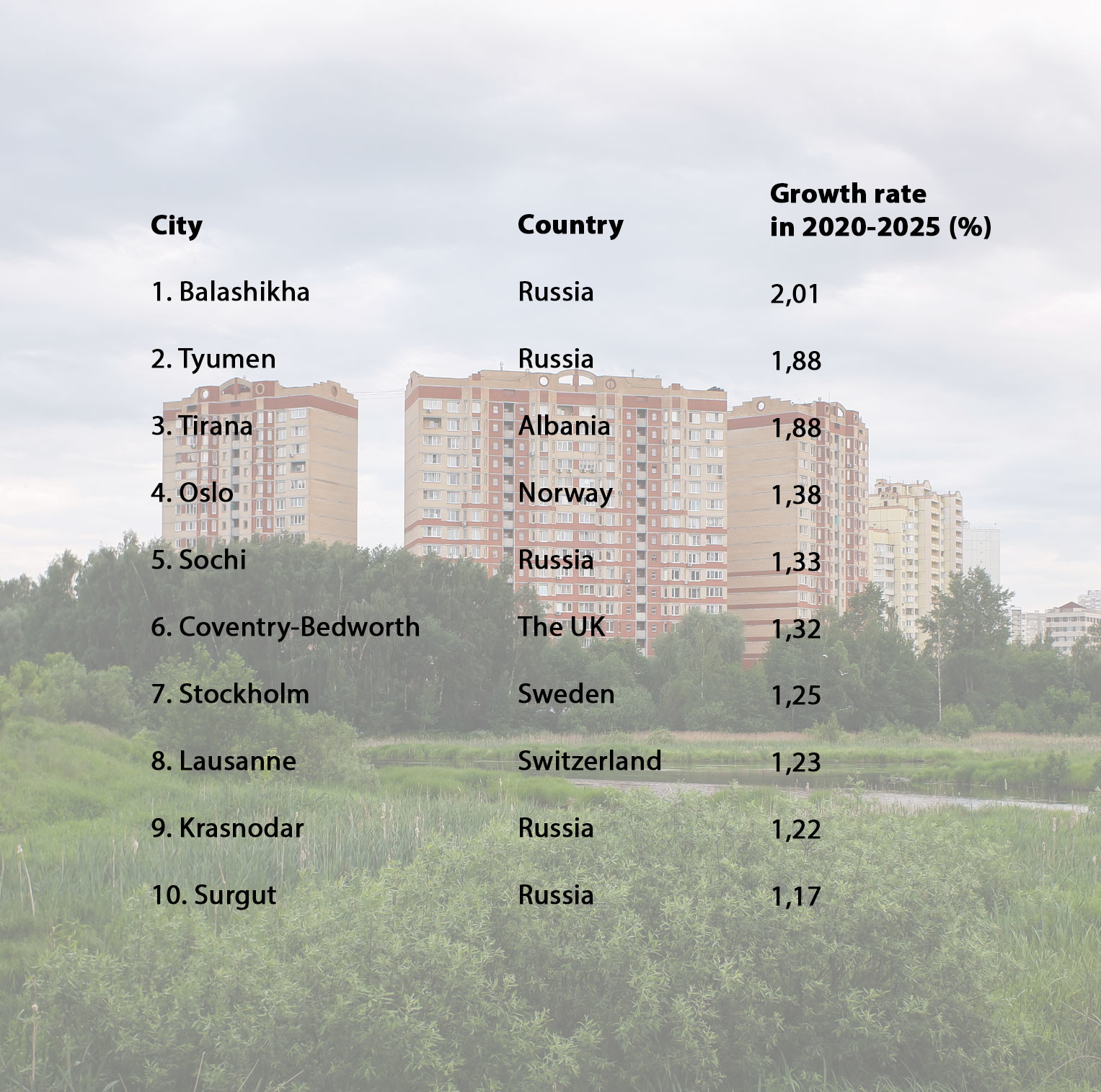