Which Russian cities have a subway system? 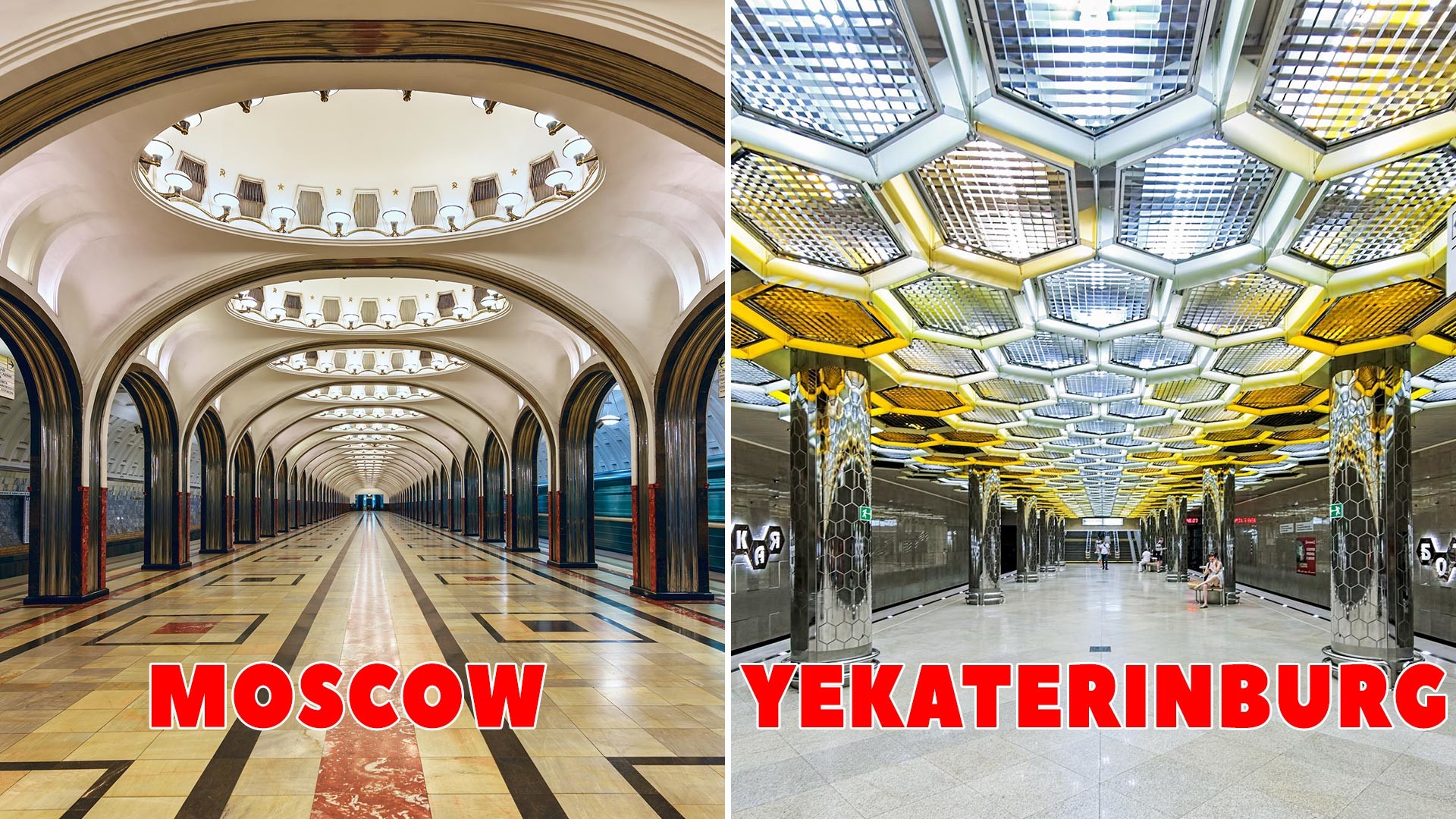 Legion Media
Only seven cities in the country have their own metropolitan train lines and only one city offers a high-speed underground train service. Why so few?

The construction of the metro in Russia was not an easy task, especially in the difficult climatic conditions. In the Soviet years, there were many ambitious projects, such as all cities with more than a million of people were to have their own subway. However, by the time of the collapse of the USSR in 1991, there were just 13 cities of the former republics with a metro (besides Russia, metro systems also appeared in Ukraine, Belarus, Georgia, Armenia, Azerbaijan, and Uzbekistan). And in the 1990s, the construction of new lines was suspended. Today in Russia, there are subway systems in seven cities, as well as several unfinished projects. 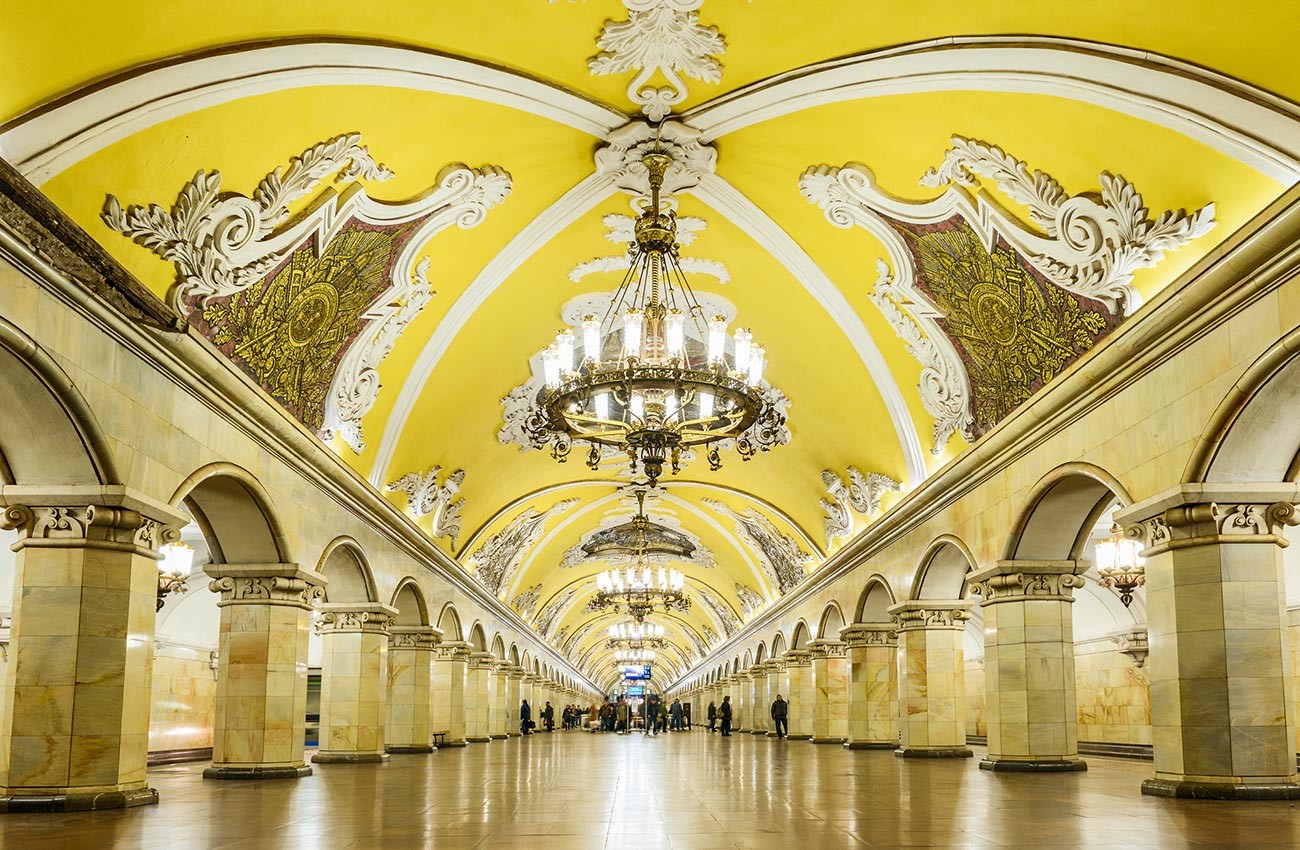 Although plans for the metro in Moscow already appeared as far back as in the 1870s, it was realized only in the Soviet era. The first line was opened on May 15, 1935. Even during the Great Patriotic War, the Moscow Metro was fully operational: during the daytime, it transported passengers and, at night, it was a bomb shelter for them. Today, the Moscow Metro is one of the biggest in Europe with 278 stations and sees 9 million passengers every day.

The interiors of the metro stations are so beautiful that they are considered one of the main Russian attractions for both local and foreign tourists. Amazing marble, gorgeous chandeliers and stained glass may trick you into thinking you are in a palace, not on public transport! 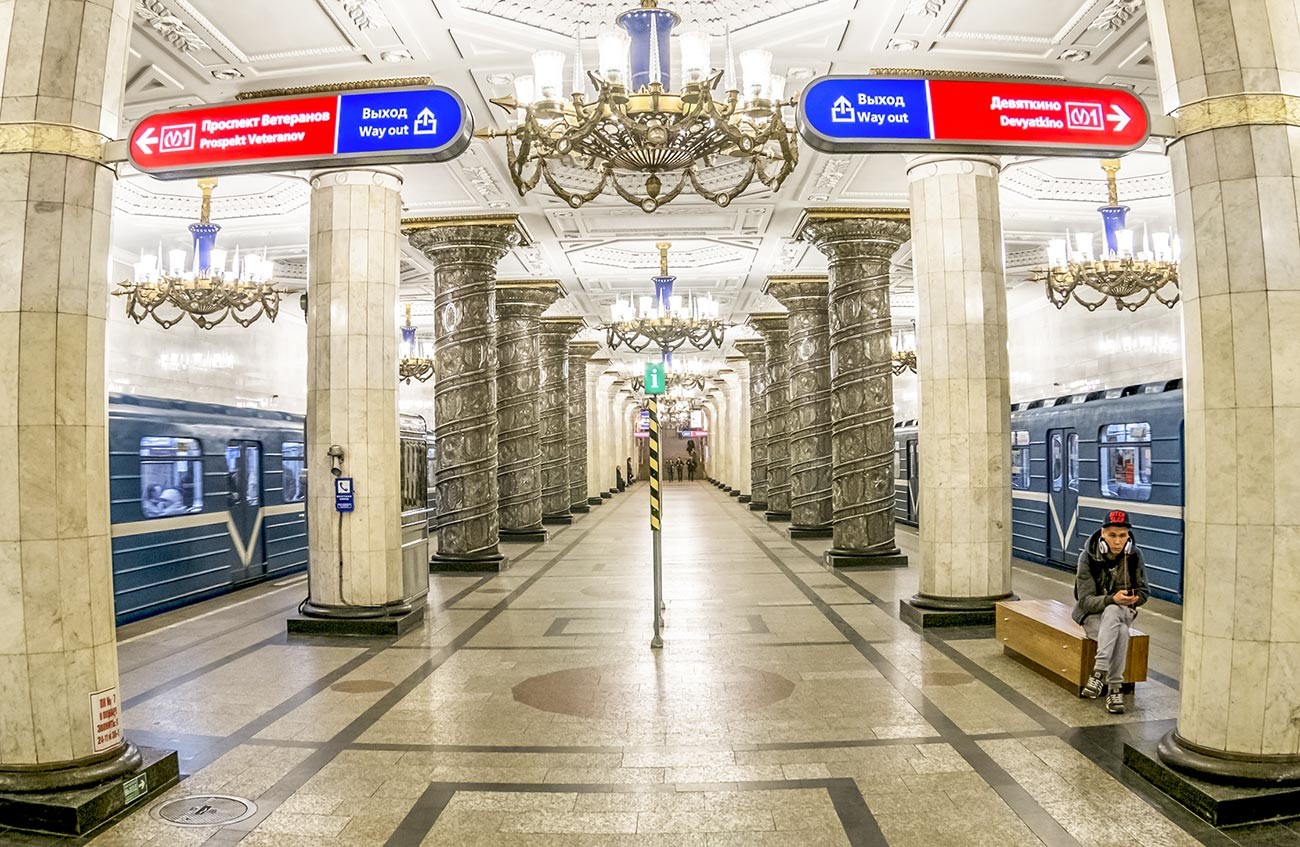 The second subway system in Russia was opened in 1955. Due to the city being a port and being riddled with canals, it has quite a difficult ground and most of its stations had to be laid deep underground. The deepest one is Admiralteyskaya, which is located 86 meters below the surface. Local resident Irina Efros says it’s her favorite station: “It has amazingly beautiful decorations dedicated to naval topics. You can spend half an hour just staring at the mosaic panels!”

A unique feature of the St. Petersburg Metro is that it is Russia’s only subway system with platform doors. Soviet experts believed that such double doors would protect passengers from falling on the railways. 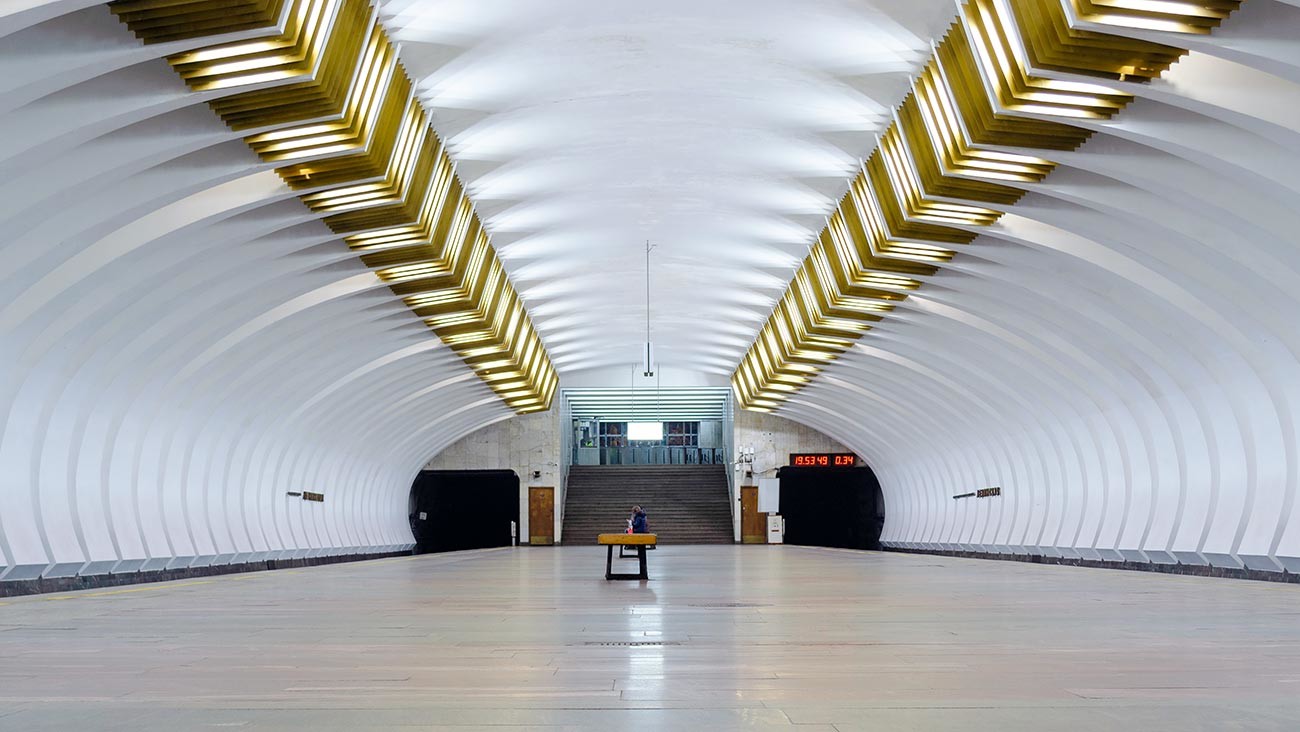 This small subway system was opened in 1985. It consists of only two lines and carries only 115,000 people a day (although there are more than 1.2 mln residents). “In Nizhny Novgorod, the lines run through the city center, but don’t reach residential areas. Therefore, the subway is in little demand,” says Pavel Zuzin from the HSE Institute of Transport Economics.

In the near future, it’s planned to build new stations on the other side of the Oka River. 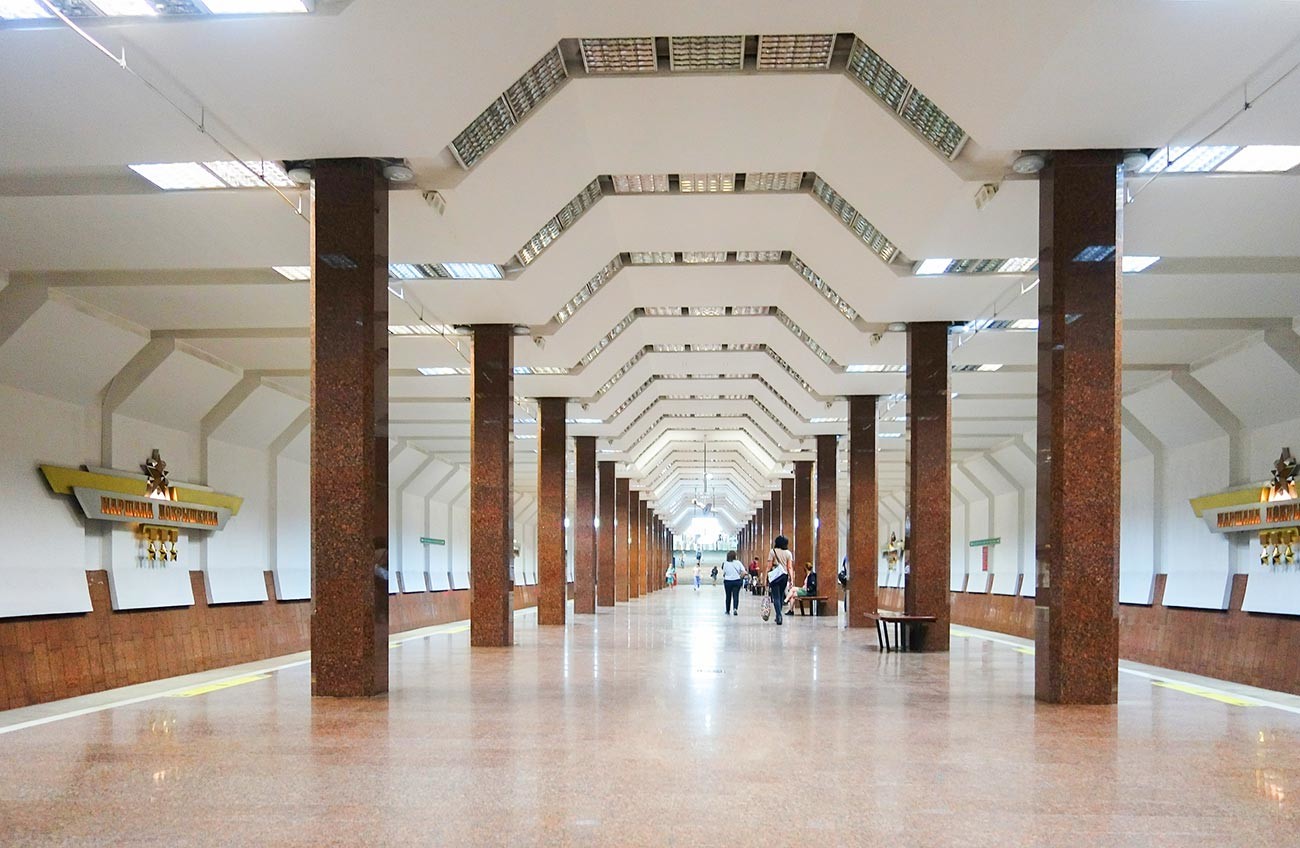 The only metro in Siberia was opened in 1986 and is considered the third busiest in Russia, consisting of only 13 stations. Some stations of the Novosibirsk Metro have exits directly into residential buildings: the apartments are above the entrances on the ground floor.

Novosibirsk also has the longest subway bridge in the world (2,145 meters), which crosses the Ob River (the section over the river is 896 meters). 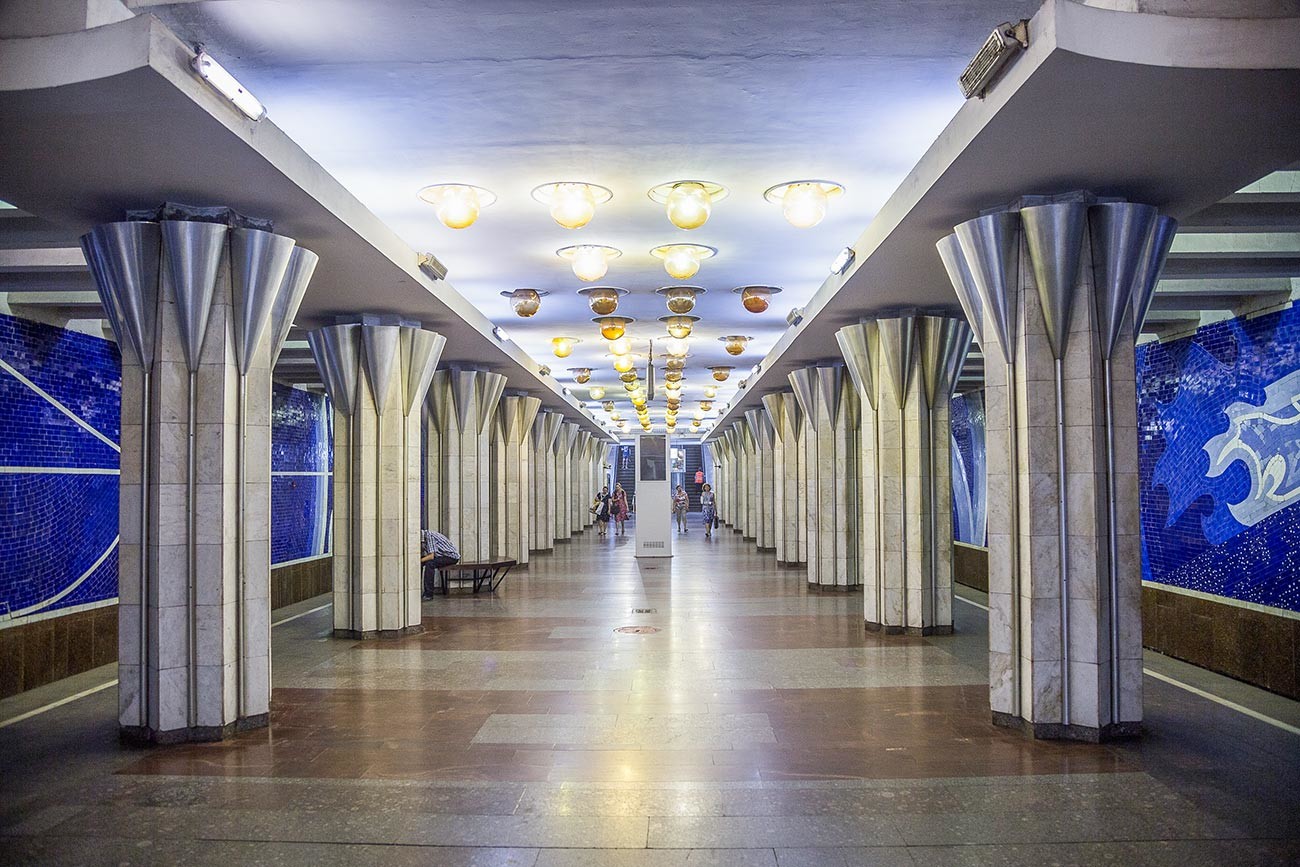 In this city of more than 1.1 million people, there is only one metro line with ten stations, which opened in 1987. It’s also not a very popular transport there, but the stations themselves deserve attention. They are decorated with beautiful marble and themed frescoes. For instance, the majestic Pobeda station is dedicated to the victory in the Great Patriotic War, the futuristic Gagarin Station - to space exploration, while the modernist Sportivnaya Station - to the country’s sporting achievements. 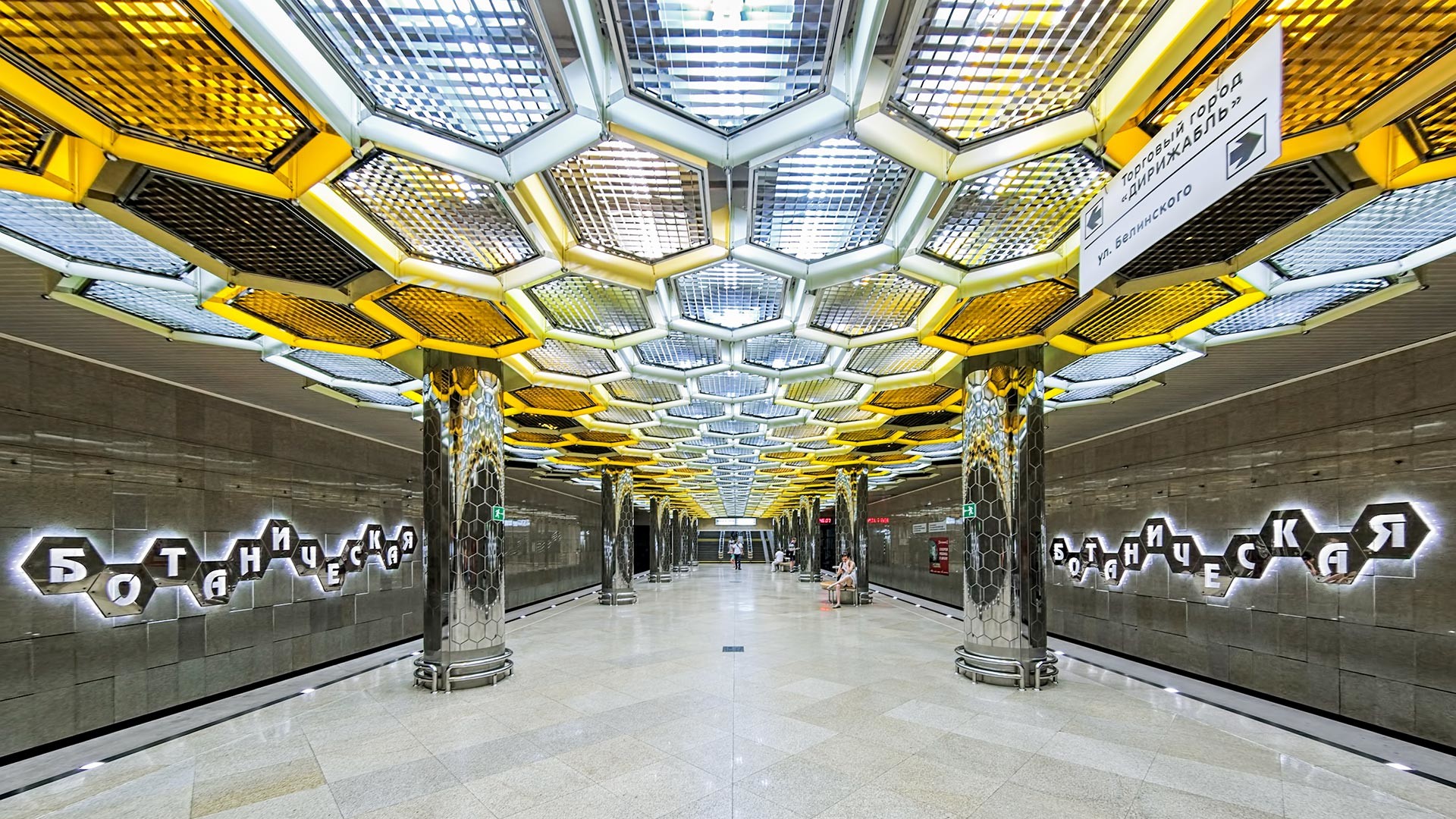 The only subway system in the Urals is in city of Yekaterinburg. It was opened in 1991, although construction began back in 1980. The metro connects the Uralmash plant with the historical center and the residential areas. It consists of one line and nine stations (one of the smallest subways in the world), but carries more than 90,000 passengers a day. Along with modern paying systems like credit cards and Apple Pay, old Moscow Metro tokens are also in use, which cause a constant nostalgia in tourists from the capital. 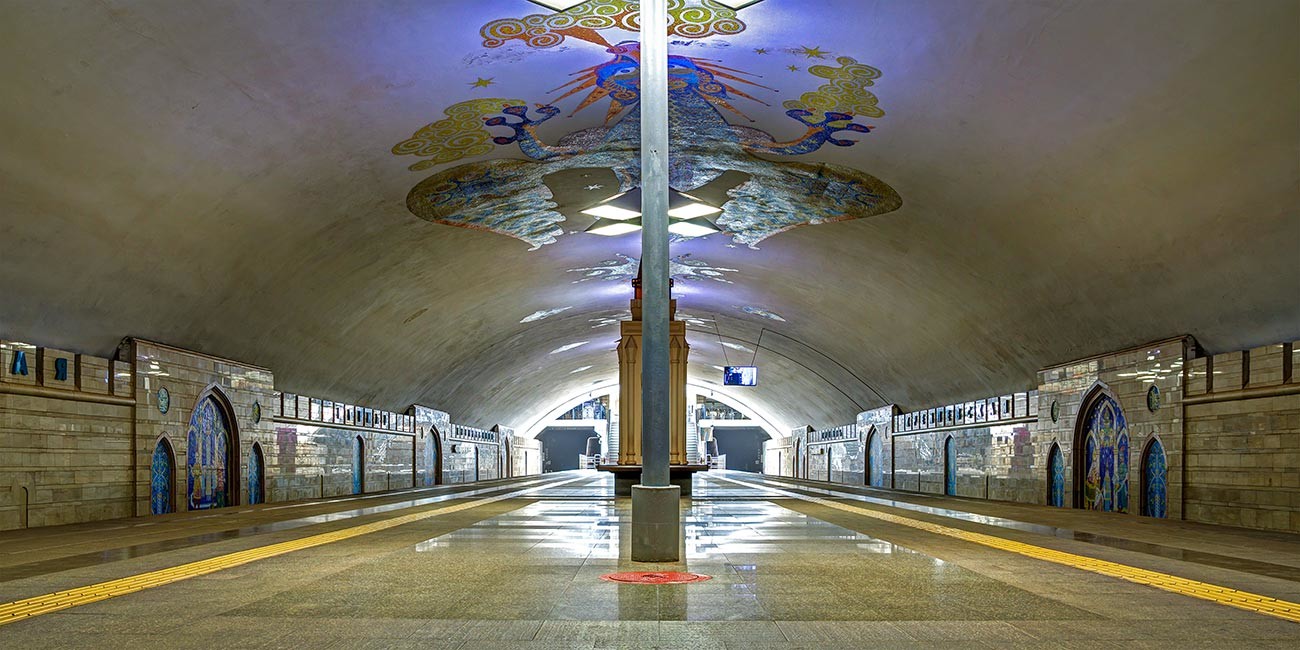 The newest Russian subway system was opened in 2005. There is also only one line with 11 stations, which connects residential and industrial areas. The Kazan Metro has an interesting “national flavor”: all the inscriptions are duplicated in the Tatar language and some stations are decorated in a local traditional style like, for example, the Kremlevskaya station. Kazan is also planning to launch the country’s first driverless subway in 2025. 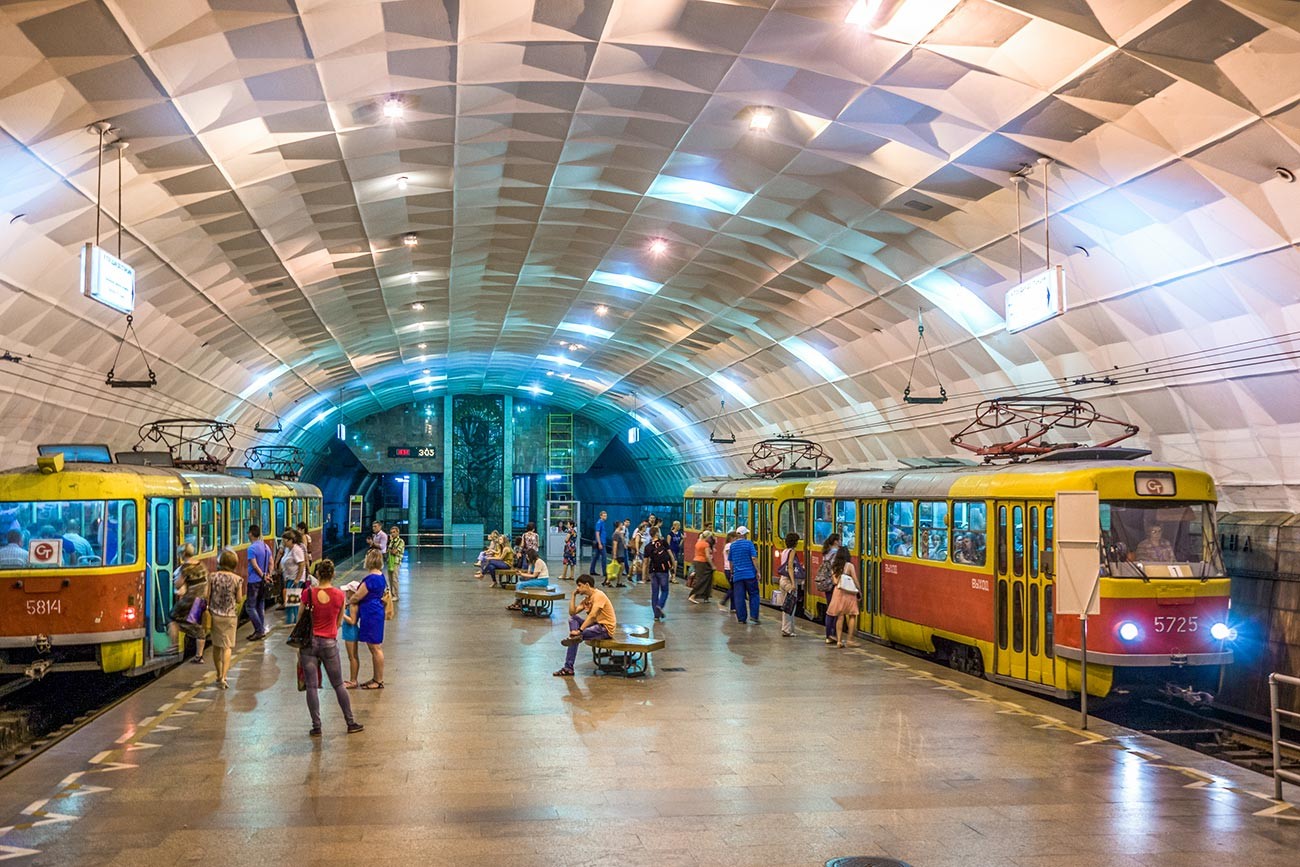 In this southern city, passengers use an unusual transport for Russia called the ‘metrotram’. Since 1984, a high-speed tram has been in operation, but some of its stations are situated underground and come off like real subway stations. These stations are also decorated with large beautiful chandeliers, vaults and marble trim, just like a classical Soviet metro looks! 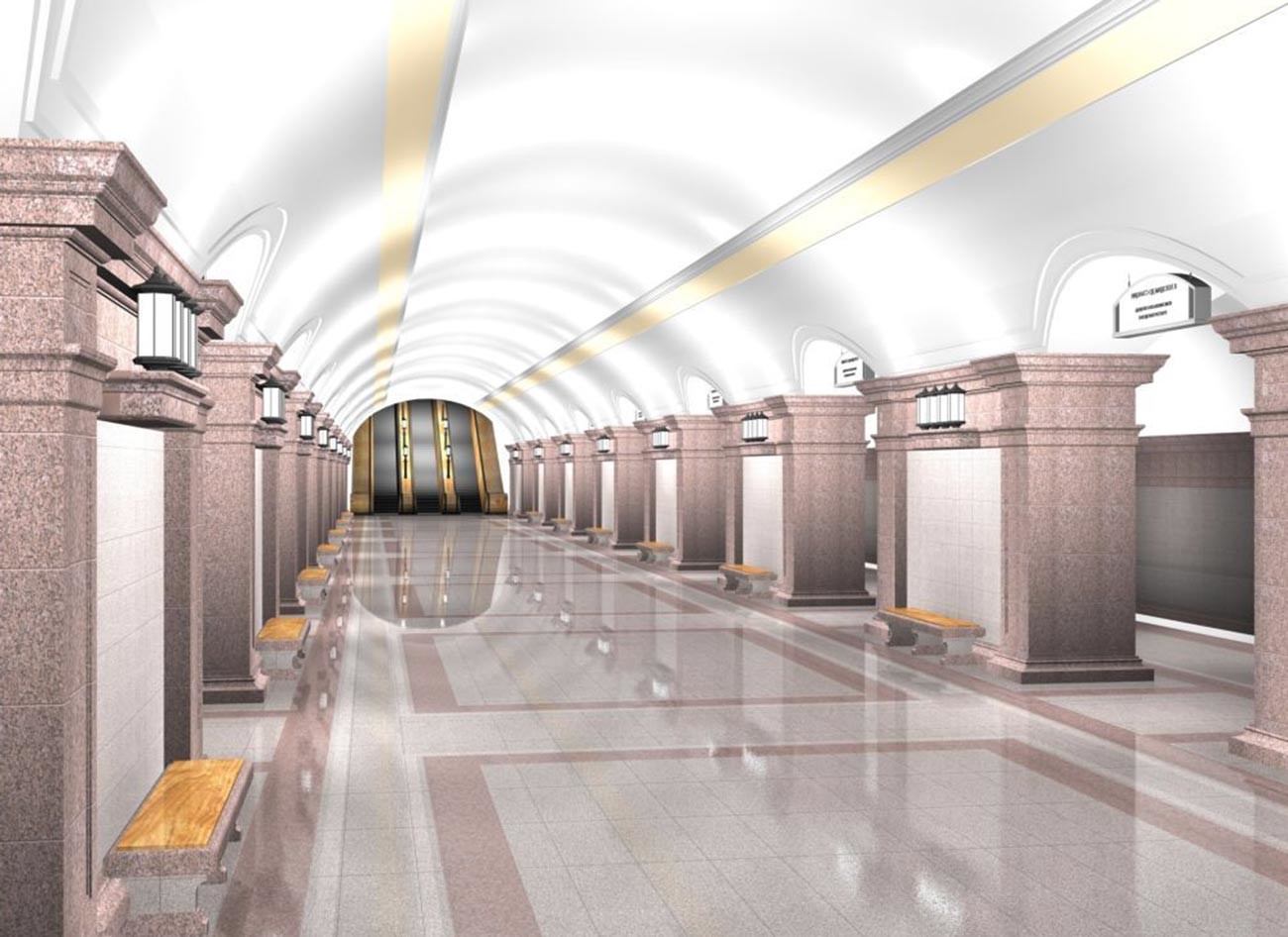 This is how a station in Chelyabinsk metro could look like.

Several Russian cities have begun construction of a subway system, however are currently not finished. In the Ural city of Chelyabinsk, two stations and several tunnels have been built, but the construction was stopped due to lack of finances. City authorities are considering the possibility of a high-speed tram instead of a subway.

In Krasnoyarsk, construction of a subway has repeatedly been touted, only for the deadlines to be postponed all the time; so far, the latest expected launch date is 2024. But this is also not clear.

In the Siberian city of Omsk, several tunnels and railroad tracks and draft versions of stations have been built and one of them was even opened. Construction didn’t continue, but the now abandoned station has become a local attraction.

Subway construction was also planned in Perm, Rostov-on-Don and Ufa, but, at the moment, it has been deemed impractical and plans have been shelved indefinitely.