Why were so many metro stations in Moscow renamed? 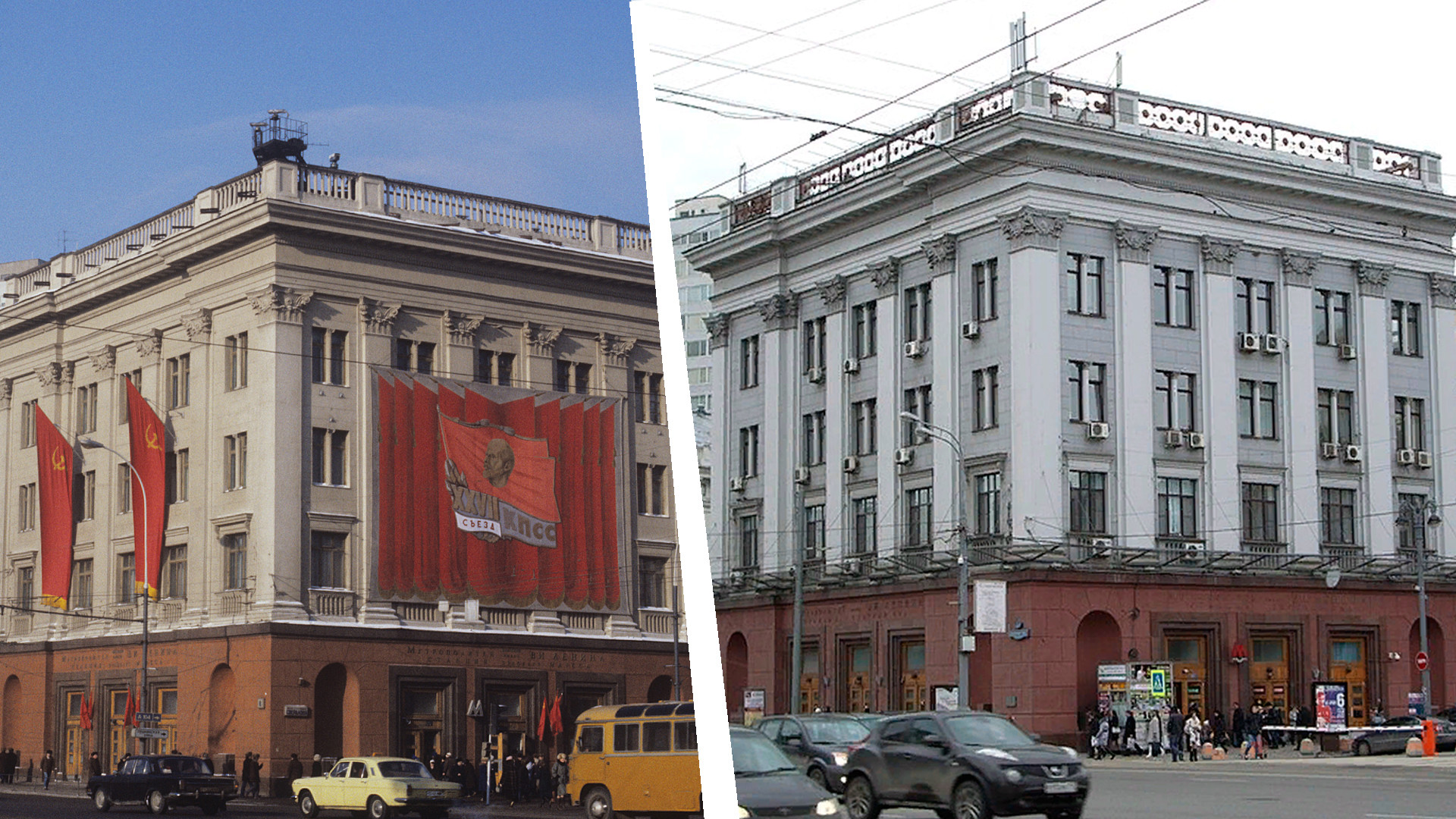 TASS; Public Domain
Okhotny Ryad holds the record for the most different names, having changed names four times over the years.

The Moscow metro system has 275 stations, and 28 of them have been renamed at some point or other—and several times in some cases. Most of these are the oldest stations, which opened in 1935.

The politics of place names

The first station to change its name was Ulitsa Kominterna (Comintern Street). The Comintern was an international communist organization that ceased to exist in 1943, and after the war Moscow authorities decided to call the street named after it something else. In 1946, the station was renamed Kalininskaya. Then for several days in 1990, the station was called Vozdvizhenka, before eventually settling on Aleksandrovsky Sad, which is what it is called today. 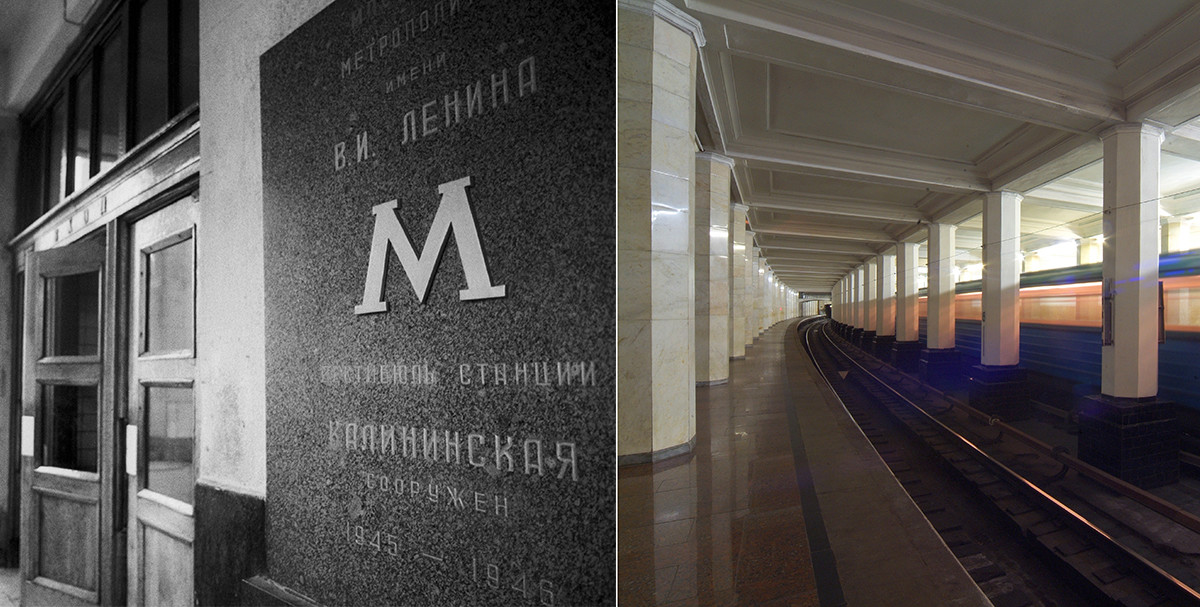 The banner on the entraince reads: "Kalininskaya station." Now it's Alexandrovsky Sad.

Until 1957, Kropotkinskaya station was called Dvorets Sovetov (Palace of Soviets). There were plans to build a monumental Stalinist high-rise on the site of the nearby Cathedral of Christ the Saviour, which had been demolished. However, the project never got off the ground, and after Stalin's death the station was named after Kropotkinskaya Street, which passes above it. 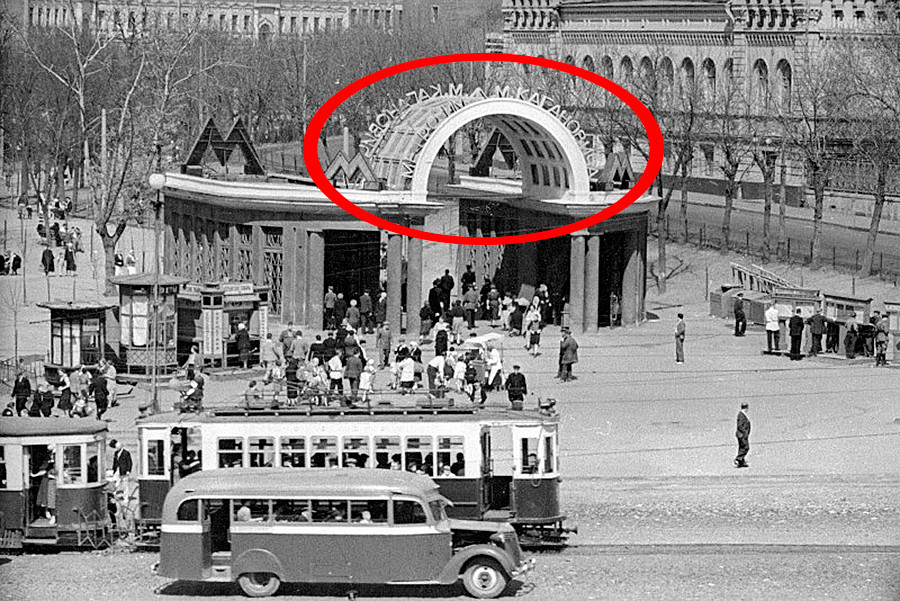 Dvorets Sovetov station, 1935. Letters on the entrance: "Metro after Kaganovich."

Of course, politics was the main reason for changing station names. Initially, the Moscow Metro itself was named after Lazar Kaganovich, Joseph Stalin’s right-hand man. Kaganovich supervised the construction of the first metro line and was in charge of drawing up a master plan for reconstructing Moscow as the "capital of the proletariat."

In 1955, under Nikita Khrushchev's rule and during the denunciation of Stalin's personality cult, the Moscow Metro was named in honor of Vladimir Lenin. 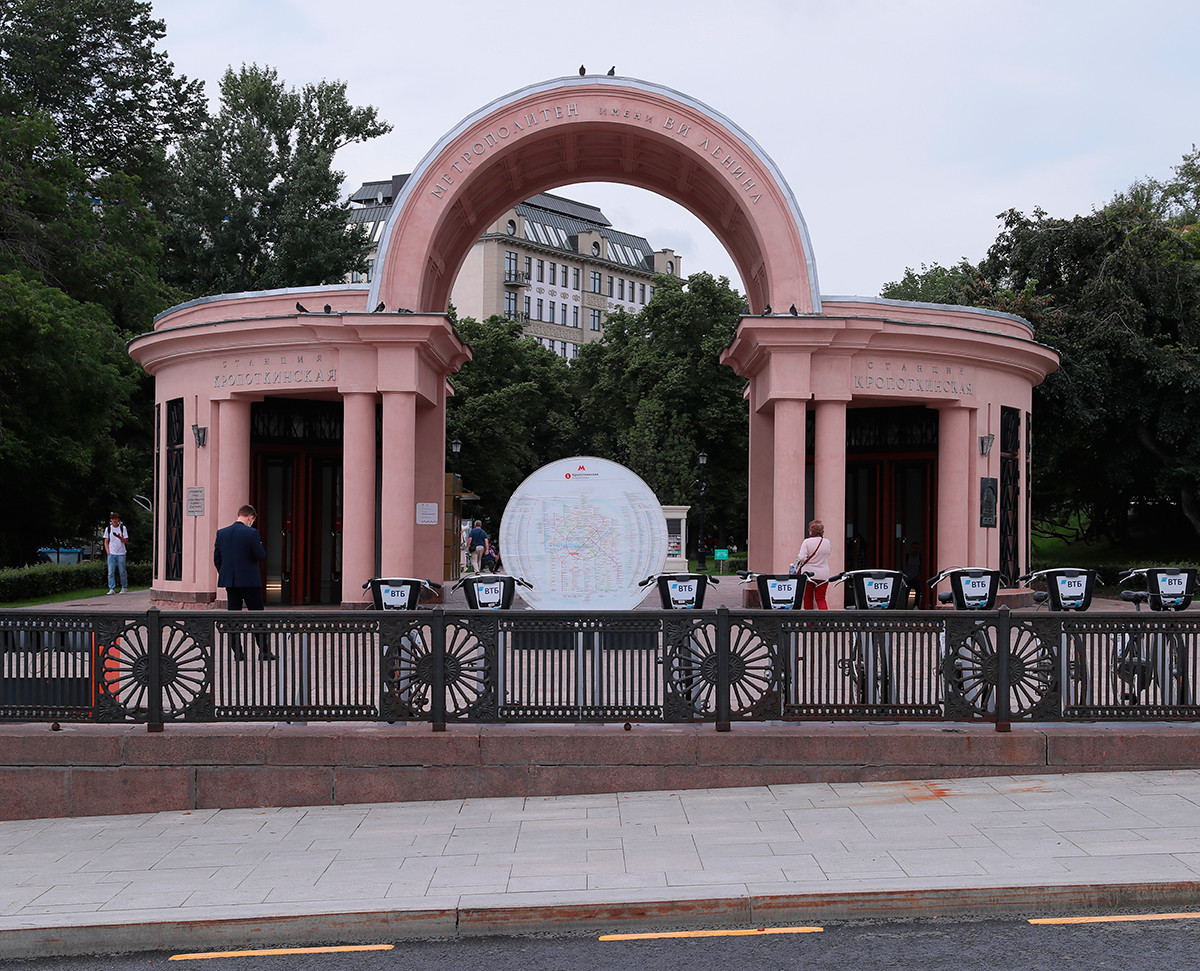 Kropotkinskaya station, our days. Letters on the entrance: "Metropolitan after Lenin."

New Metro stations that have been opened since the collapse of the Soviet Union simply say "Moscow Metro," although the metro's affiliation with Vladimir Lenin has never officially been dropped. 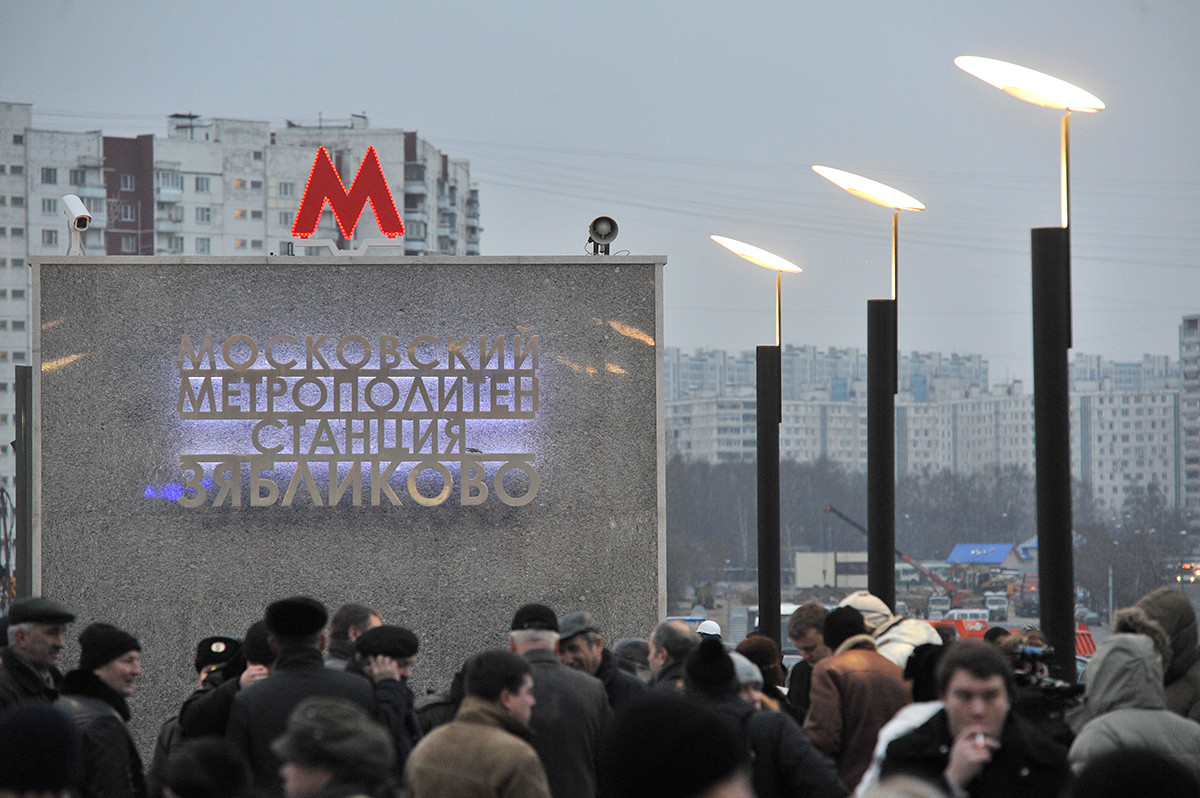 Zyablikovo station. On the entrance, there are no more signs that the metro is named after Lenin.

Stations that bore the names of Stalin's associates were also renamed under Khrushchev. Additionally, some stations were named after a neighborhood or street and if these underwent name changes, the stations themselves had to be renamed as well.

Until 1961 the Moscow Metro had a Stalinskaya station that was adorned by a five-meter statue of the supreme leader. It is now called Semyonovskaya station. 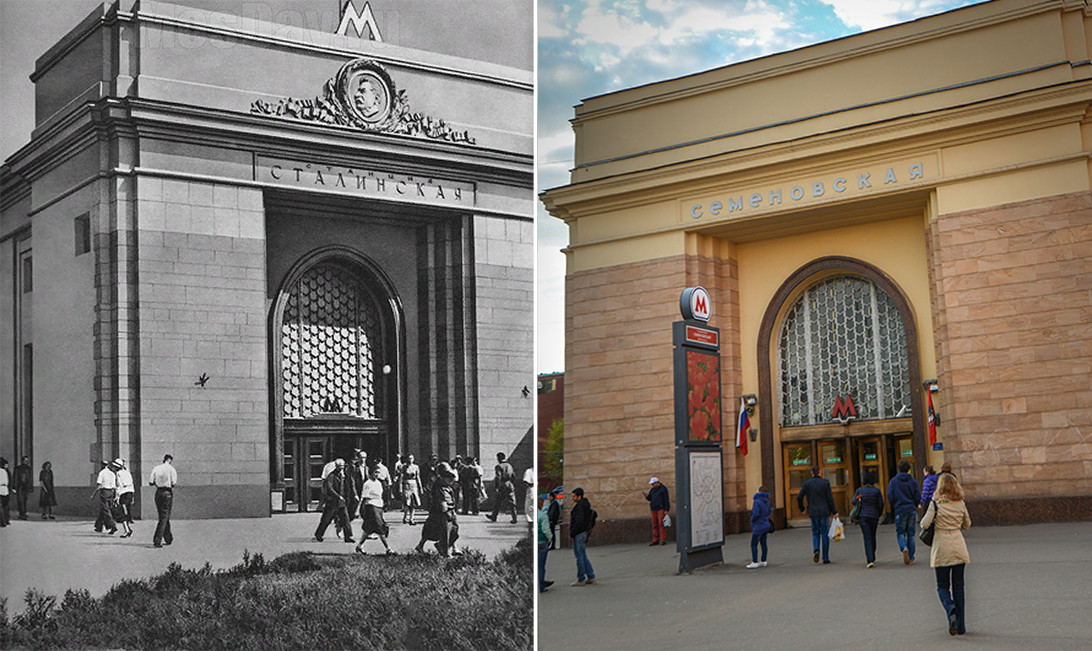 At the same time, certain stations have held onto their Soviet names. Marksistskaya and Kropotkinskaya, for instance, although there were plans to rename them too at one point.

"I still sometimes mix up Teatralnaya and Tverskaya stations,” one Moscow resident recalls.

“Both have been renamed and both start with a ‘T.’ Vykhino still grates on the ear and, when in 1991 on the last day of my final year at school, we went to Kitay-Gorod to go on the river cruise boats, my classmates couldn’t believe that a station with that name existed."

The city government submitted a station name change for public discussion for the first time in 2015. The station in question was Voykovskaya, whose name derives from the revolutionary figure Pyotr Voykov. In the end, city residents voted against the name change, evidently not out of any affection for Voykov personally, but mainly because that was the name they were used to.

What stations changed their name most frequently?

Some stations have changed names three times. Apart from the above-mentioned Aleksandrovsky Sad (Ulitsa Kominterna->Kalininskaya->Vozdvizhenka->Aleksandrovsky Sad), a similar fate befell Partizanskaya station in the east of Moscow. Opened in 1944, it initially bore the ridiculously long name Izmaylovsky PKiO im. Stalina (Izmaylovsky Park of Culture and Rest Named After Stalin). In 1947, the station was renamed and simplified for convenience to Izmaylovskaya. Then in 1963 it was renamed yet again—this time to Izmaylovsky Park, having "donated" its previous name to the next station on the line. And in 2005 it was rechristened Partizanskaya to mark the 60th anniversary of victory in World War II. 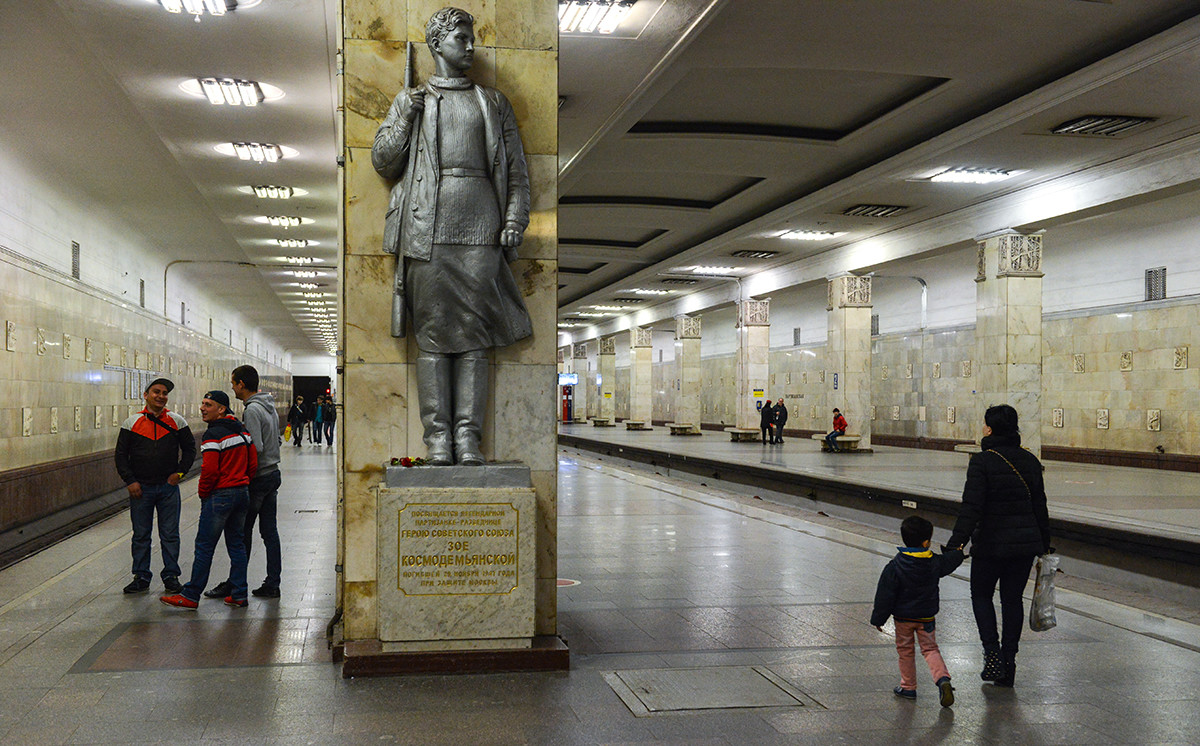 Another interesting story involves Alekseyevskaya metro station. This name was originally proposed for the station, which opened in 1958, since a village with this name had been located here. It was then decided to call the station Shcherbakovskaya in honor of Aleksandr Shcherbakov, a politician who had been an associate of Stalin. Nikita Khrushchev had strained relations with Shcherbakov, however, and when he got word of it literally a few days before the station opening the builders had to hastily change all the signs. It ended up with the concise and politically correct name of Mir (Peace).

The name Shcherbakovskaya was restored in 1966 after Khrushchev's fall from power. It then became Alekseyevskaya in 1990. 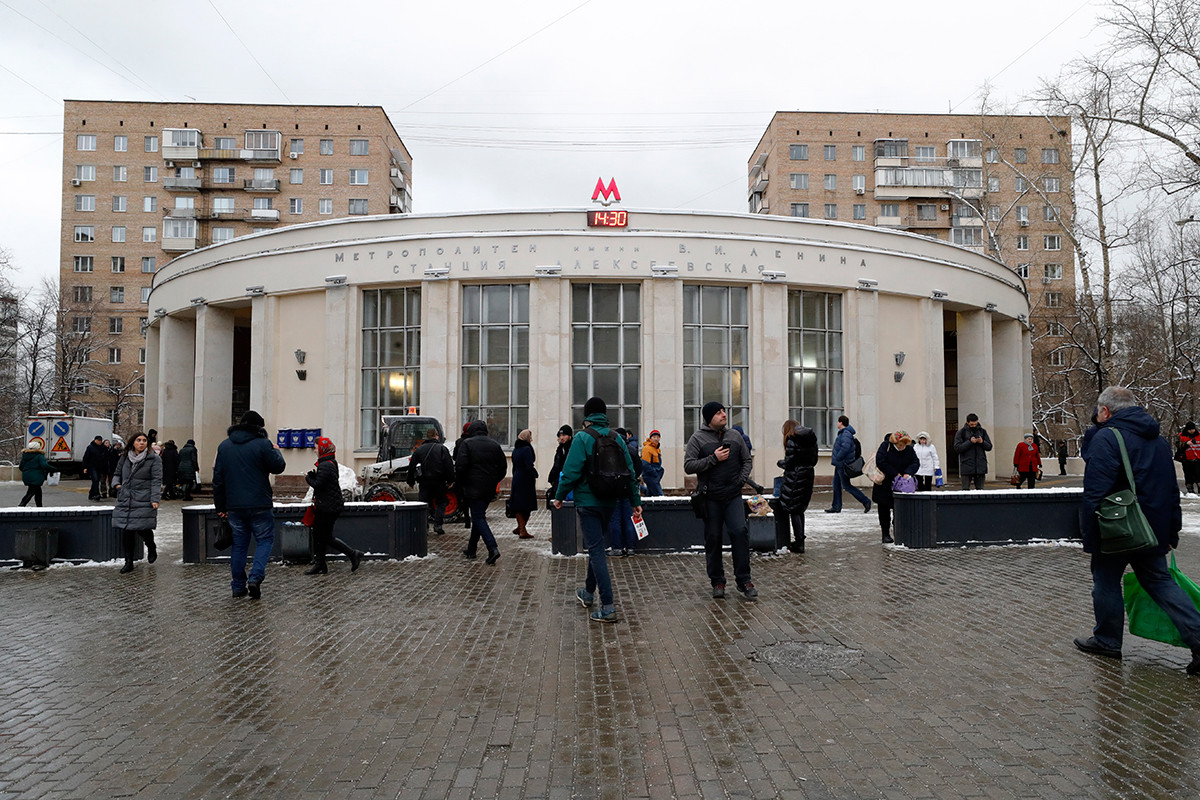 But the station that holds the record for the most name changes is Okhotny Ryad, which opened in 1935 on the site of a cluster of market shops. When the metro system was renamed in honor of Lenin in 1955, this station was renamed after Kaganovich by way of compensation. The name lasted just two years though because in 1957 Kaganovich fell out of favor with Khrushchev, and the previous name was returned. But in 1961 it was rechristened yet again, this time in honor of Prospekt Marksa, which had just been built nearby. 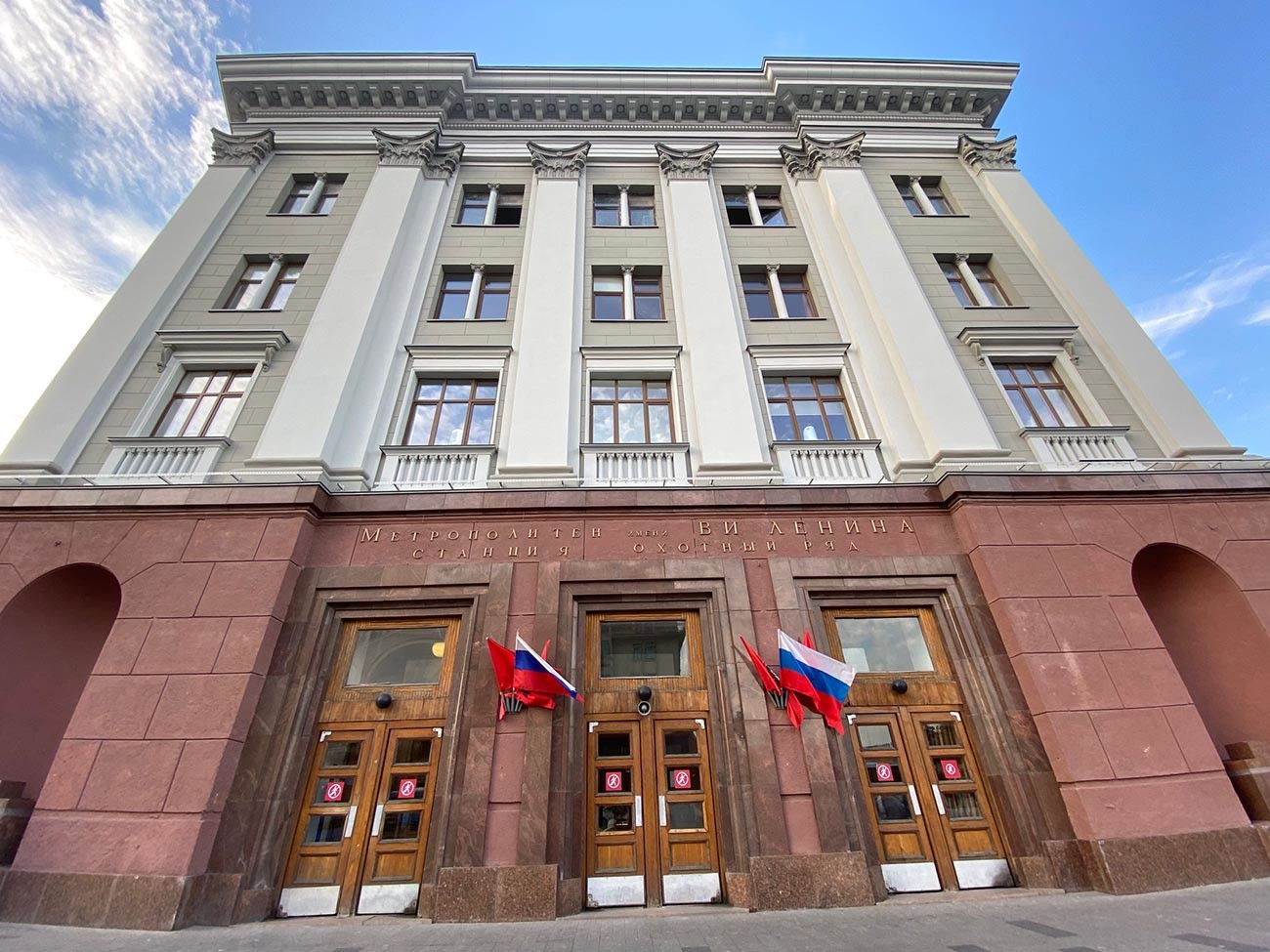