How Russian trains deal with winter 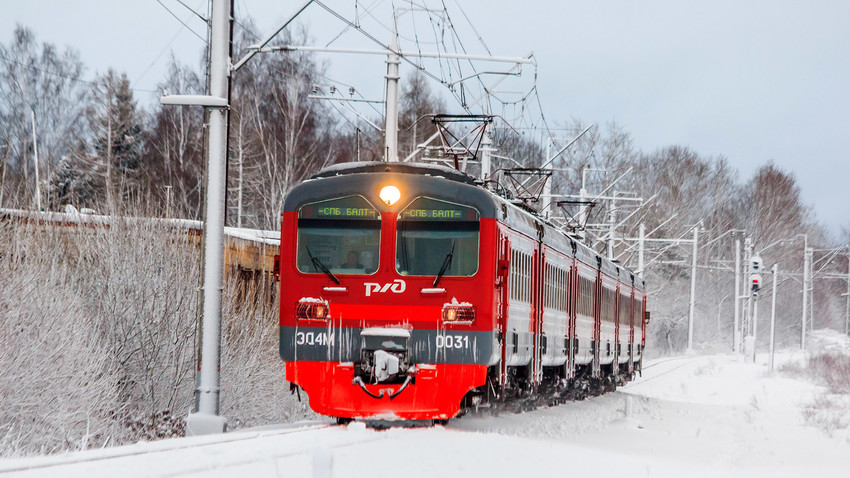 Legion Media
Even in the harshest weather conditions, passenger and freight traffic never stops on the railways. How come Russian trains are not afraid of blizzards, snowfalls and below freezing conditions?

A sudden fall of snow can bring most city traffic and transport to a halt. Streets end up covered in drifts, vehicles disappear under a covering of snow and buses get stuck in whiteouts. As for trains… with rare exceptions, mainline trains and suburban electric trains in Russia continue to run, despite blizzards or snowstorms. Unlike in Europe and North America, where trains can also get trapped in snow, in Russia, trains remain the most reliable means of transport, even in the harshest of winters. And here is why.

Strict regulations for dealing with snow 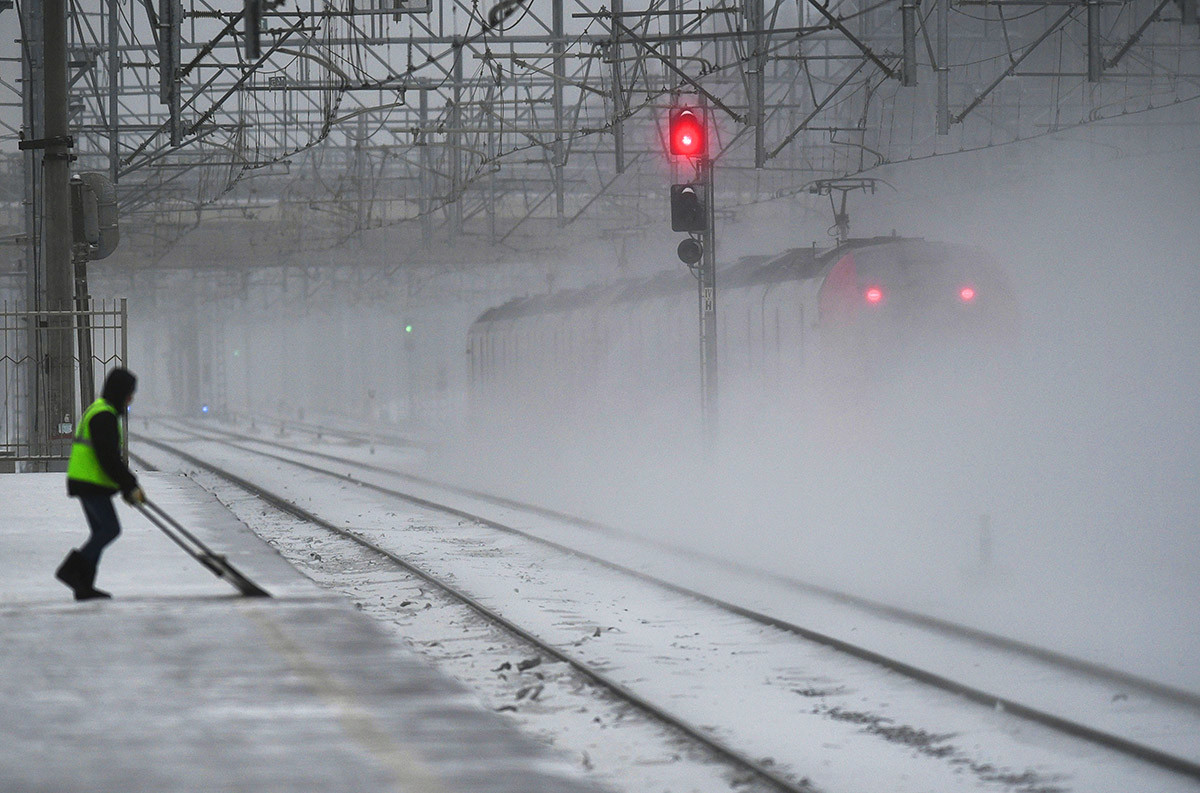 For many Russian regions, cold winters with a lot of snow are the rule rather than the exception. Therefore, the railways are subject to strict regulations for clearing the tracks of snow and ice, depending on weather conditions. Every evening, geophysical stations serving the railways prepare a weather forecast for the next day and, if it is unfavorable - in other words, a blizzard or sleet are expected - rail managers and stationmasters are expected to allocate additional staff in good time to clear the tracks and operate the snow-clearing equipment. Severe weather warnings must be sent out at least two hours in advance.

According to the regulations, a danger to the tracks arises when just 5 cm of snow falls over a 24-hour period or after a three-hour blizzard at a wind speed of 10 meters per second.

It is reckoned that the winter season comes earlier and lasts longer on the railways of the Urals, Siberia, the Far East and individual sections of the Northern Railway and October Railway. In addition, there is a separate category of regions with a varying intensity of snowfalls and blizzards, from moderate (up to 10 cm of snow falling in one go during the winter) to very heavy (up to 25 cm of snow falling in one go). According to the regulations, the Western Siberian Railway is regarded as the “snowiest”, followed by the South Urals, Krasnoyarsk and Sakhalin railways, while the Trans-Baikal Railway is considered the “least prone to snow drifting”. The Moscow Railway, the Privolzhskaya (Volga Region) Railway and the North Caucasus Railway are somewhere in between. 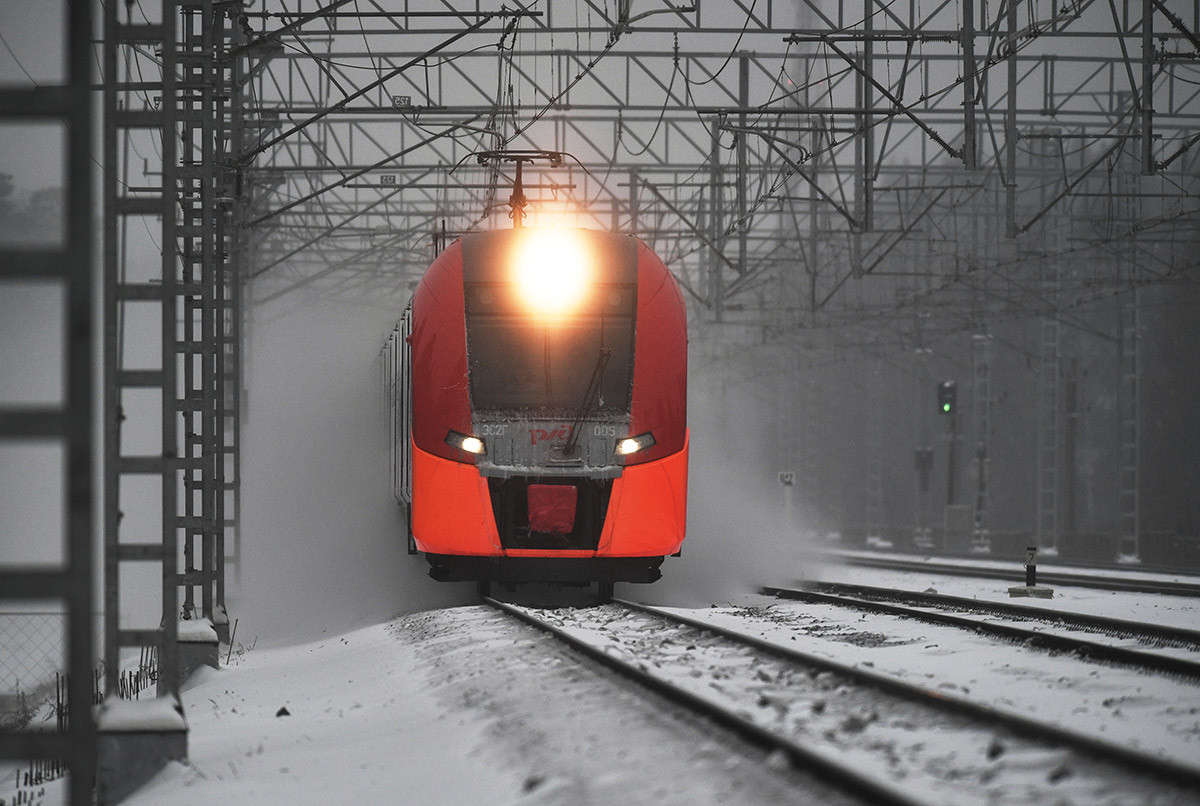 One of the principal methods of reducing the chance of snow drifts forming on the track is afforestation. Where trees don’t grow, special snow-retaining fences (of timber or ferroconcrete) are erected. The density of these plantings or barriers needs to be calculated according to the type of track - for instance, a single strip of trees is sufficient for track that is only prone to light drifting, while sections of track subject to a lot of drifting would require four. All fences have to be in good working order and installed in sufficient quantity by October. The condition of these protective structures is constantly checked by special teams. 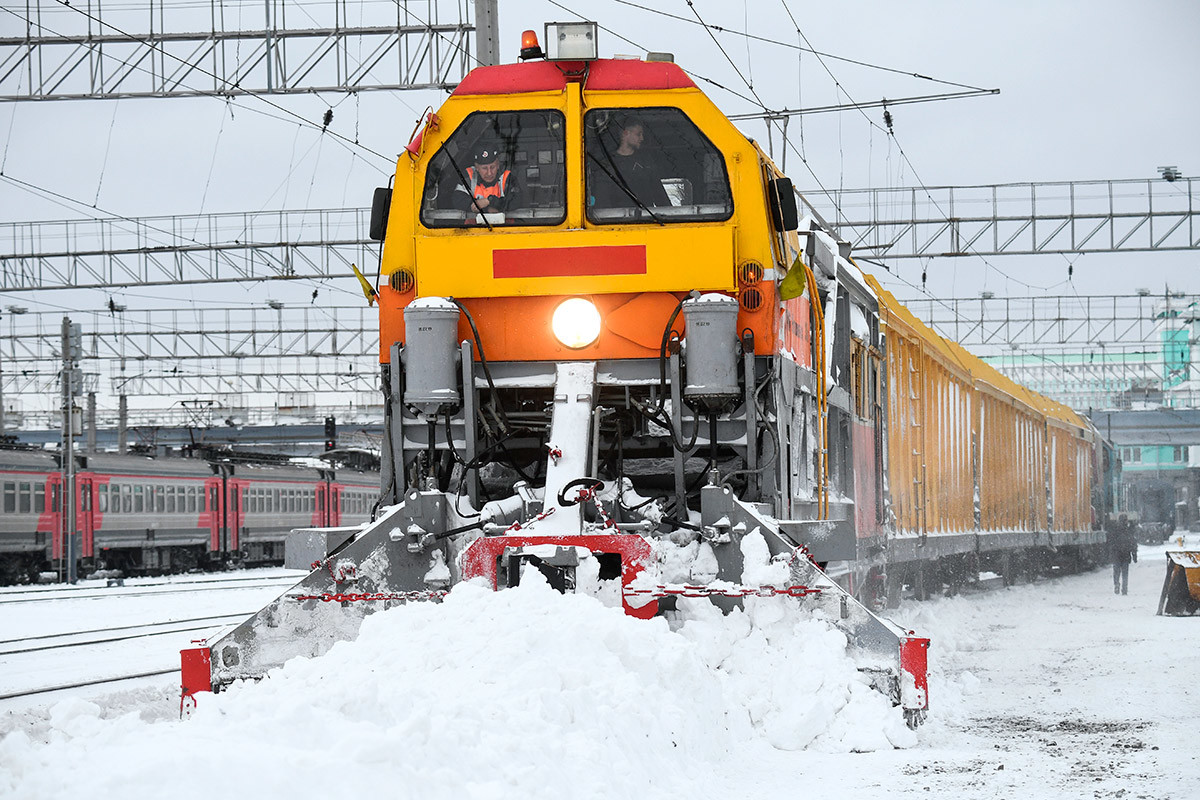 Railway staff are responsible for controlling hundreds of switch rails and it is these points that are cleared first after any snowfall. The snow clearance work, moreover, needs to start as soon as the snow falls. This is done using special snow-removing equipment and sometimes even manually.

Special snow-clearing trains are used to free the track from snow. They can travel at a speed of 5-10 kph, depending on the volume of snow.

After the end of an intensive fall of snow, stations along with their tracks need to be cleared within three days. Station staff must also make sure that passenger crossings are free of ice so that people do not slip.

After the winter season ends, all the equipment has to undergo technical servicing to make it ready for action the following October. In southern regions of the Russian rail network, the deadline can be pushed back to November, since the onset of winter comes later there.

Very low temperatures can also have an impact on train timetables. For instance, when temperatures are at minus 40 degrees Celsius (-40°F), engine drivers are advised to reduce their speed to 60 kp/h (37 mph), something that can lead to timetable delays.