Russian exports in 2021: WHERE and WHAT 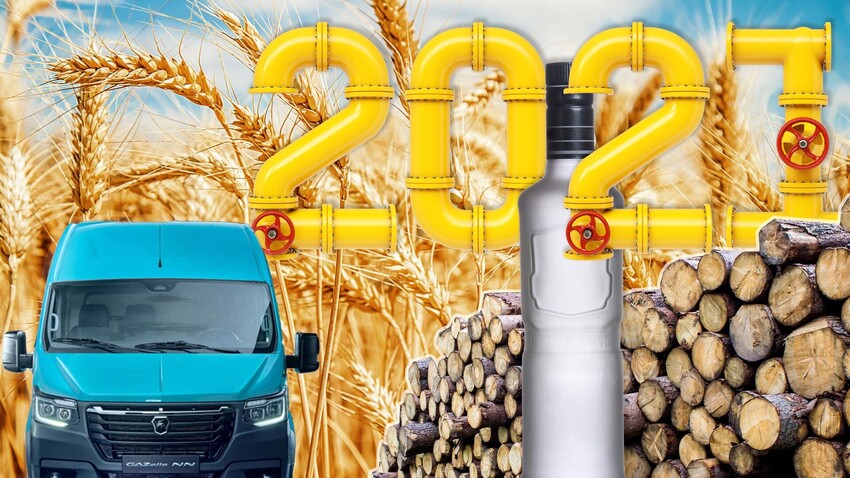 Russia Beyond (Legion media; Press Service GAZ)
This year, Russia started selling more electricity, cars and vodka. What else did it export?

Russian exports in the first ten months of 2021 totaled $388.4 billion, an increase of 42.8% over the same period last year, according to the Russian Federal Customs Service (FCS). This growth is due to the low base of the crisis-hit year before, as well as to this year's economic recovery and rising inflation.

Russia‘s main trading partners are non-CIS countries (86.9%), the Top 5 being:

Russia supplies these countries mainly with fuel and energy, metals and chemical products. About 13% of exports go to CIS countries, predominantly Belarus and Kazakhstan (trade turnover of US$13.4 billion and US$11.4 billion, respectively). The main supplies to the CIS are raw materials, fuel and foodstuffs.

Here are the Top 6 Russian exports by product value. 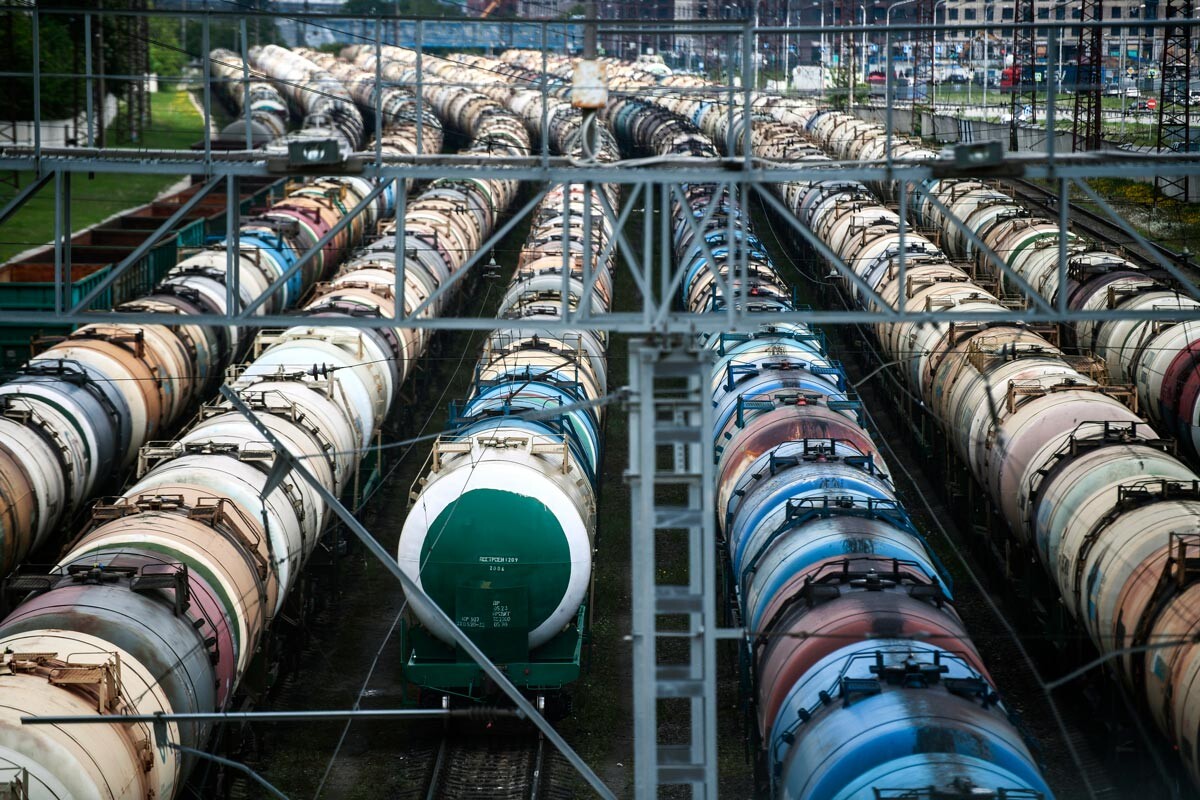 More than half of Russia's exports (53.8%) are typically fuel and energy products. Their export value rose 51% over the same period last year.

At the same time, supplies of motor gasoline decreased by 26.1%, and crude oil by 4.7%. The drop in oil exports was caused by the production limits under the OPEC+ agreement and increased domestic consumption.

Metals and metal products accounted for 11.2% of Russia's export commodity structure. In the first half of the year, prices in this segment rose significantly.

Russia ranks fifth in the world in steel production, according to the World Steel Association (WSA). According to the WSA, global steel consumption as of end 2021 with show growth of 4.5%, and this trend will continue in 2022.

That said, supplies of copper and copper alloys fell by 19.6%, and unprocessed nickel by 52.5%. This was driven by the industrial downturn in China, the largest copper importer, and its increased use of own reserves in place of expensive imports.

The share of chemical products in Russa's export structure is 7.6% (up from 7.3% in 2020). With volume growth of 4.6%, the value of exports increased by 48.6% to US$29.3 billion. Unlike other sectors (such as the automotive industry) that stagnated last year, the chemical industry does not have a low base from which to show exponential growth.

4. Food products and raw materials for their production – 7.2% 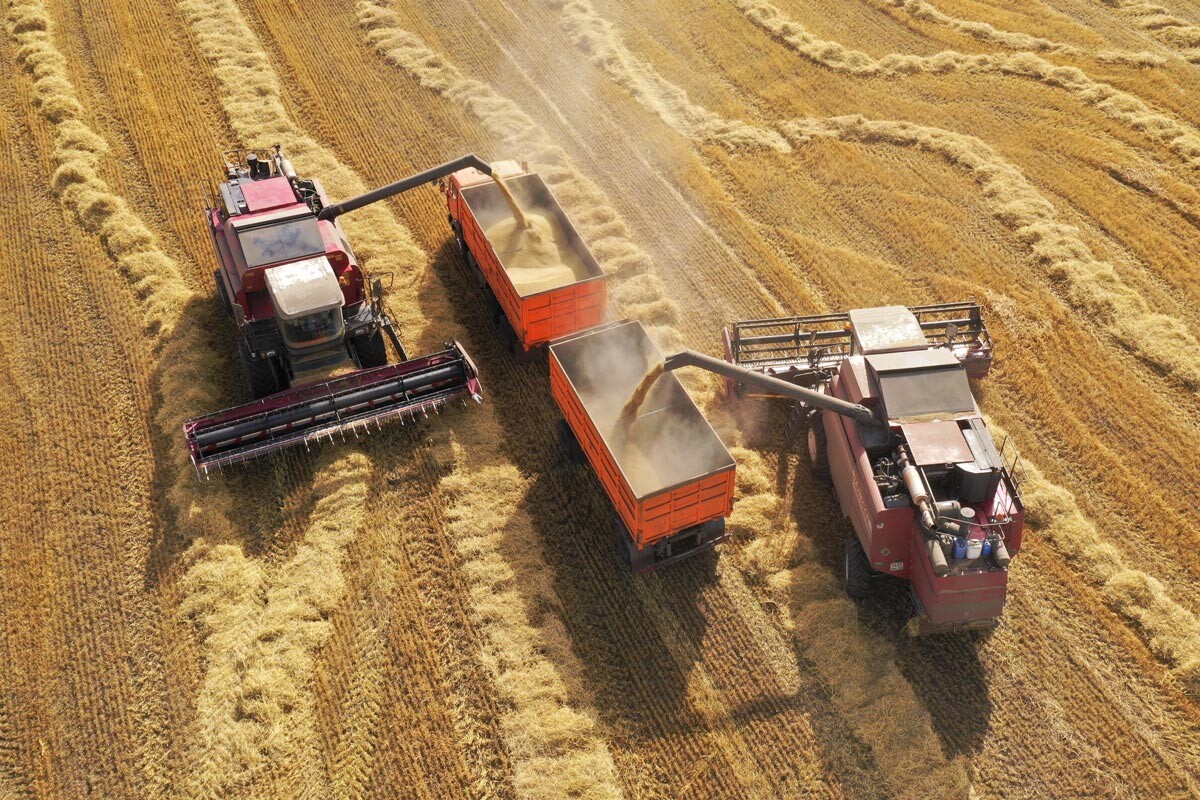 Ryazan Region. Combine harvesters during harvesting wheat in the fields.

Food products and raw materials for their production made up 7.2% of Russia's export commodity structure in the first ten months of 2021. In terms of value, exports increased by 21.1%, while physical volumes decreased by 8.1%. Most of all, Russian food supplies went to the EU, Turkey and China.

Grain remains the most important food export item, around one third of all supplies. Although in monetary terms food exports are at an all-time high due to soaring prices, export volumes of many products have dropped.

Exports of the following decreased:

Supplies of fresh and frozen fish decreased by 16.2%. This is due to a significant fall in fish exports to China (the main importer of Russian fish), which tightened control over such products during the pandemic.

For several years now, Russian exports of vodka have been on the rise. Nevertheless, the country's share of global exports is about 7%, significantly lower than Sweden and France. In the first ten months of 2021, Russia supplied 1.8597 billion decaliters of vodka, up 5.6% against 2020. In monetary terms, this represents a 12.3% increase; total revenue amounted to US$127.7 million. 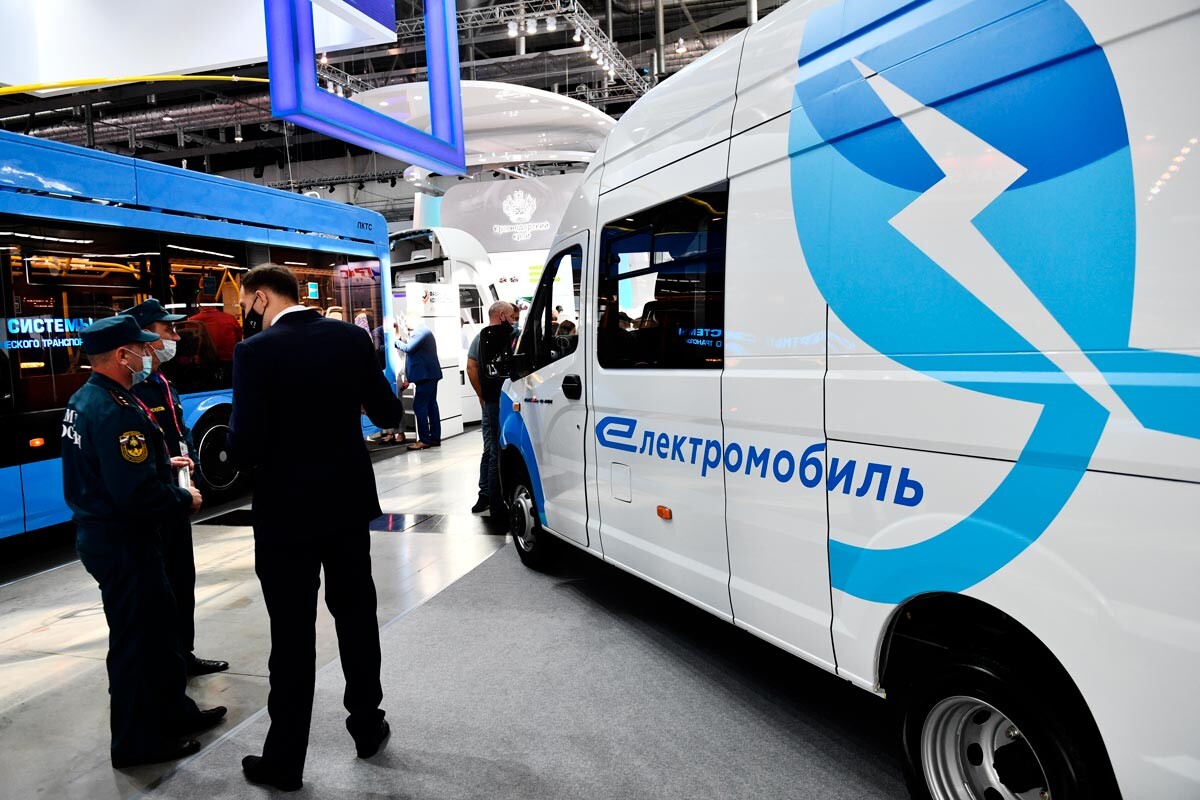 The export value of the following increased:

Supplies of passenger cars increased significantly (by 42.3%), amounting to US$1.159 billion. Exports of trucks went up by 11.5% (US$272.6 million). Exports in this segment are growing primarily because of the low base of the previous year, when they fell by more than a third.

In addition, Russian automakers are expanding their market presence: only recently Ulyanovsk Automobile Plant returned to Angola, and GAZ Group began selling cars in Bulgaria. Most exports are to CIS countries.

Exports of timber and pulp-and-paper products in January–October 2021 had a 3.6% share. In monetary terms, exports grew by 37.7%, a result of the rise in prices this year. Although the physical volume remained at the same level, there were structural changes.

Exports of the following decreased: 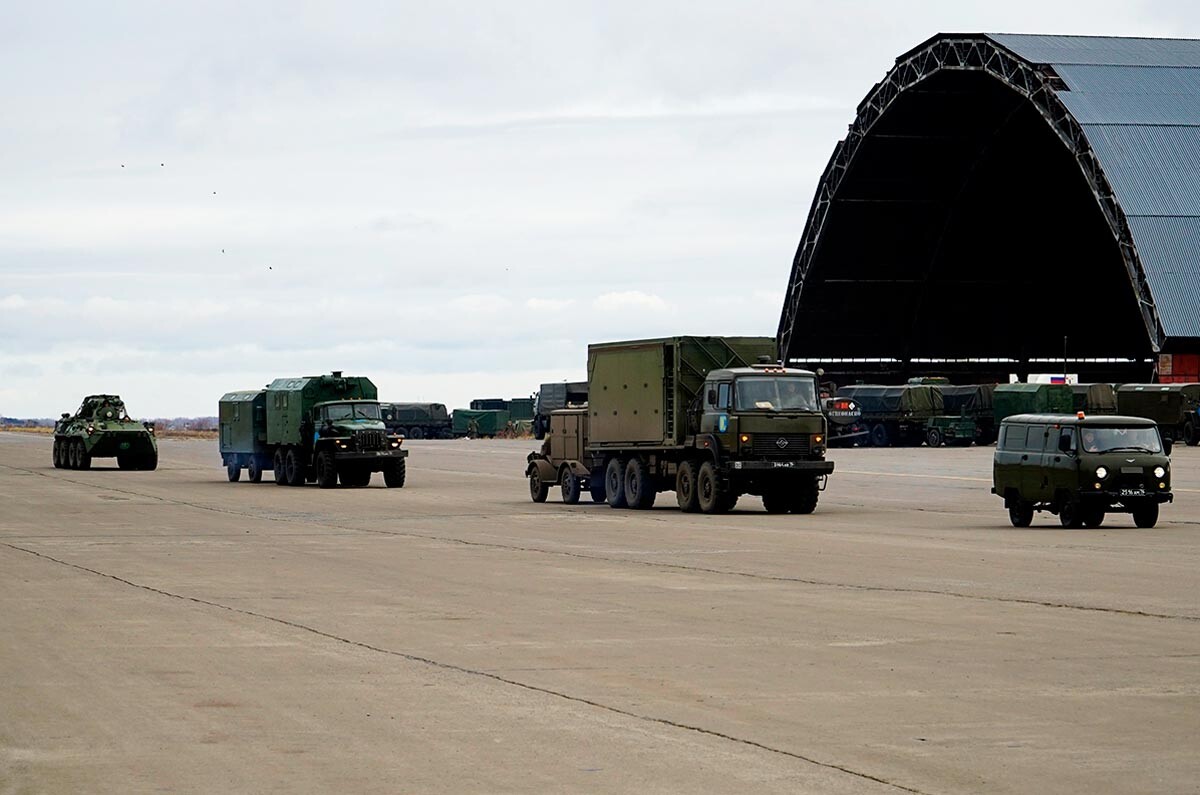 Loading armored vehicles and soldiers of the 15th peacekeeping brigade at an airfield in Ulyanovsk-Vostochny for their further delivery to Armenia.

According to the FCS, in January–September 2021 clandestine exports of Russian goods (including weapons, aircraft, nuclear materials, etc.) to NATO countries increased sharply. Exports of goods in this category totaled US$8.1 billion. For the second year in a row, the top procurer is Algeria (US$985 million), and the Top 10 traditionally features China and India. This year, however, a number of NATO countries unexpectedly found themselves in the list.

In part, the growth in exports to the Czech Republic, the Netherlands and Germany may be down to a technicality in the accounting of temporary exports of aircraft from Russia for repair, suggests the Russian business publication RBC.

It is also known that US$50 million worth of "inorganic chemical products, compounds ... radioactive elements or isotopes" were supplied to Germany. Exports to the US, including supplies of enriched uranium (plutonium), amounted to US$841 million.

READ MORE: 10 brands born in the USSR and popular still