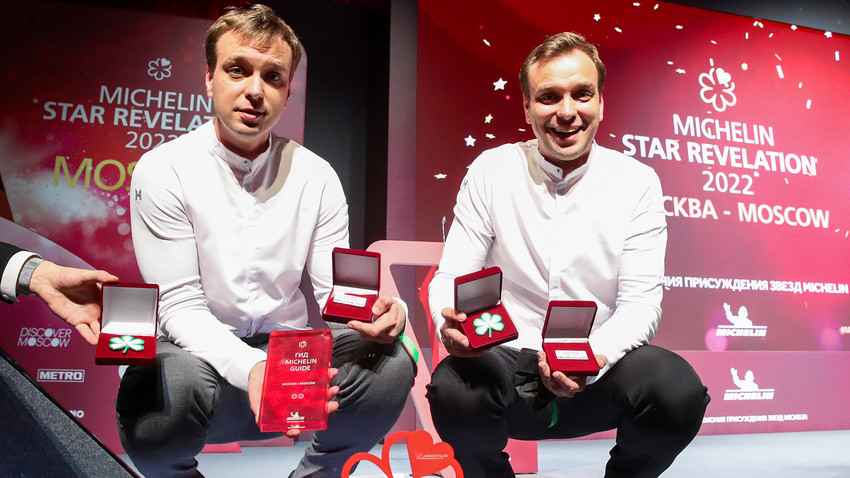 Vyacheslav Prokofyev/TASS
The prestigious French gastronomic guide Michelin has chosen 69 restaurants in Moscow, 9 of which received its coveted stars

“Moscow has many stars, but no Michelin stars yet,” joked Sergei Sobyanin, the city’s mayor, at the opening ceremony of the Michelin edition of Moscow. The capital has great historical gastronomic roots. Merchants and noblemen laid down their last ruble to treat guests with dignity. In Soviet times, many traditions were lost and first-class restaurants turned into Soviet canteens. In the 1990s, Russia and Moscow began to catch up and hundreds of good restaurants appeared which surprised guests with the sophistication of their dishes.

Moscow became the first city in the CIS with restaurants and cafes awarded with stars and other Michelin trophies, while Russia became the 33rd country in the world to join.

Why is the guide coming to Russia now?

According to Gwendal Poullennec, international director of Michelin guides, work on the Moscow guide started five years ago. Experts of the Guide visited restaurants anonymously and evaluated them according to international standards, analysing several criteria: quality of food, combination of flavors, chef’s skill, price and quality, regularity of restaurant’s work. The pandemic made a difference in the evaluation process and the announcement of the results. 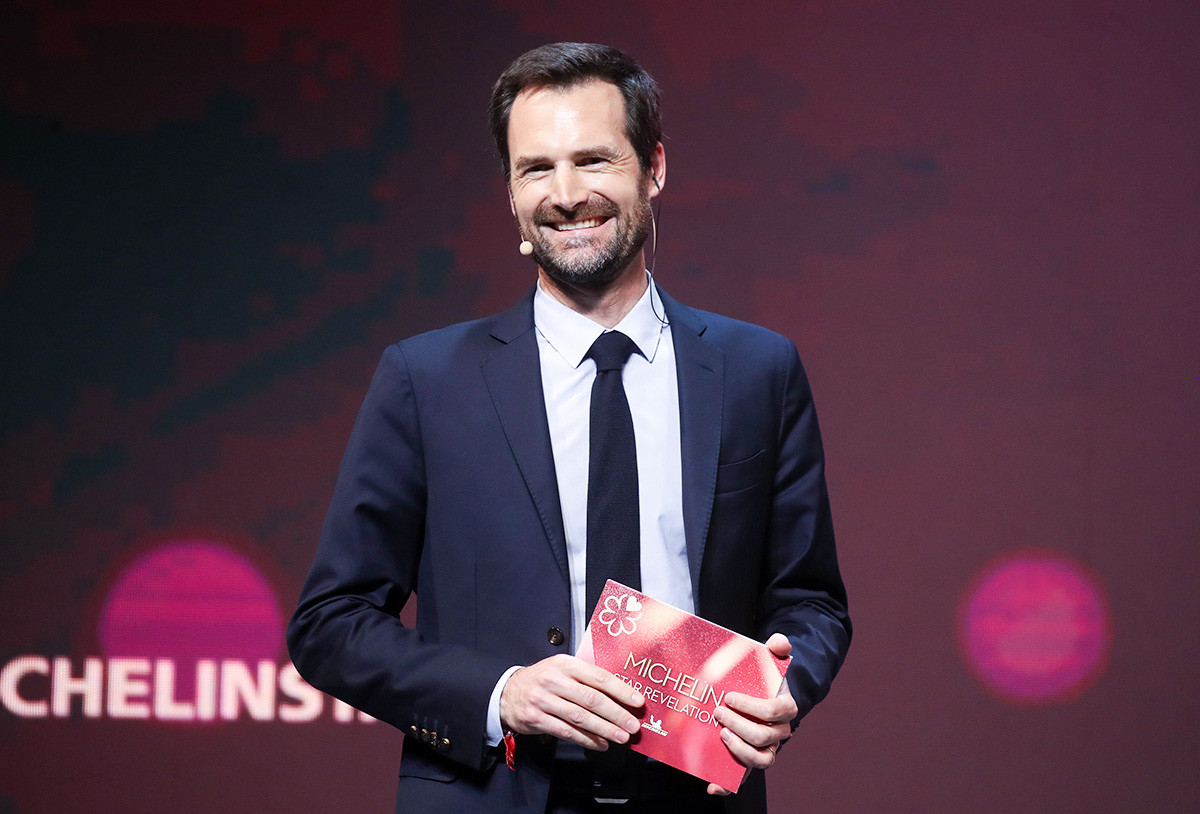 “This project was a challenge for all of us because of the pandemic, travel restrictions and event cancellations. But, we got it done in the end. We are happy to say that Moscow, as one of the cities for gastronomic tourism, has great prospects in terms of its development. The city certainly has its own culinary identity; many chefs work with local products, carefully preserving the culinary heritage of their region. The first Moscow edition will include 69 restaurants,” Gwendal Pullenek said at the guide’s presentation in Moscow on October 14. According to him, this is just the beginning, which should support the restaurant industry.

Two Stars: The best of the best

Two restaurants in Moscow have been awarded two Michelin stars. The award means that the restaurant is so good that it is worth visiting, even if it is not up your street (or fit your budget!). 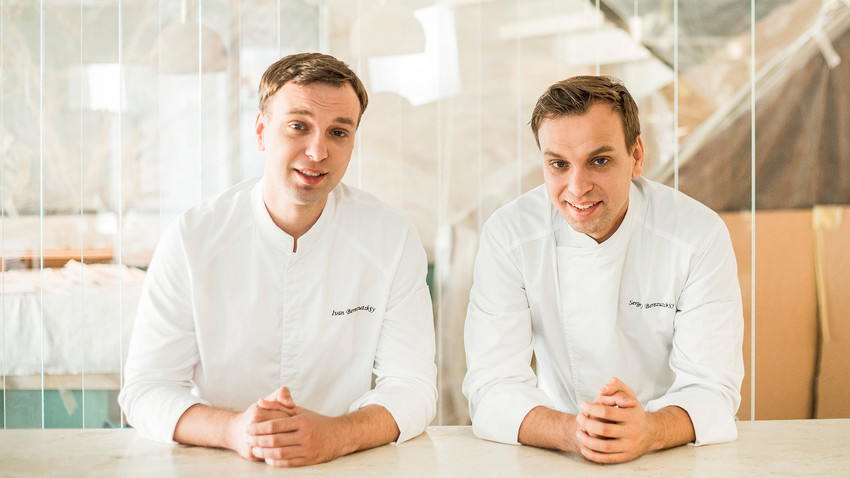 Two stars went to ‘Twins Garden’ restaurant, headed by brothers Ivan and Sergey Berezutsky. Twins Garden has won a number of international awards and in October it was ranked 30th on The World’s Best 50 Restaurants list. The brothers promote the symbiosis of science and nature and most of the products in the restaurant come from their farm. 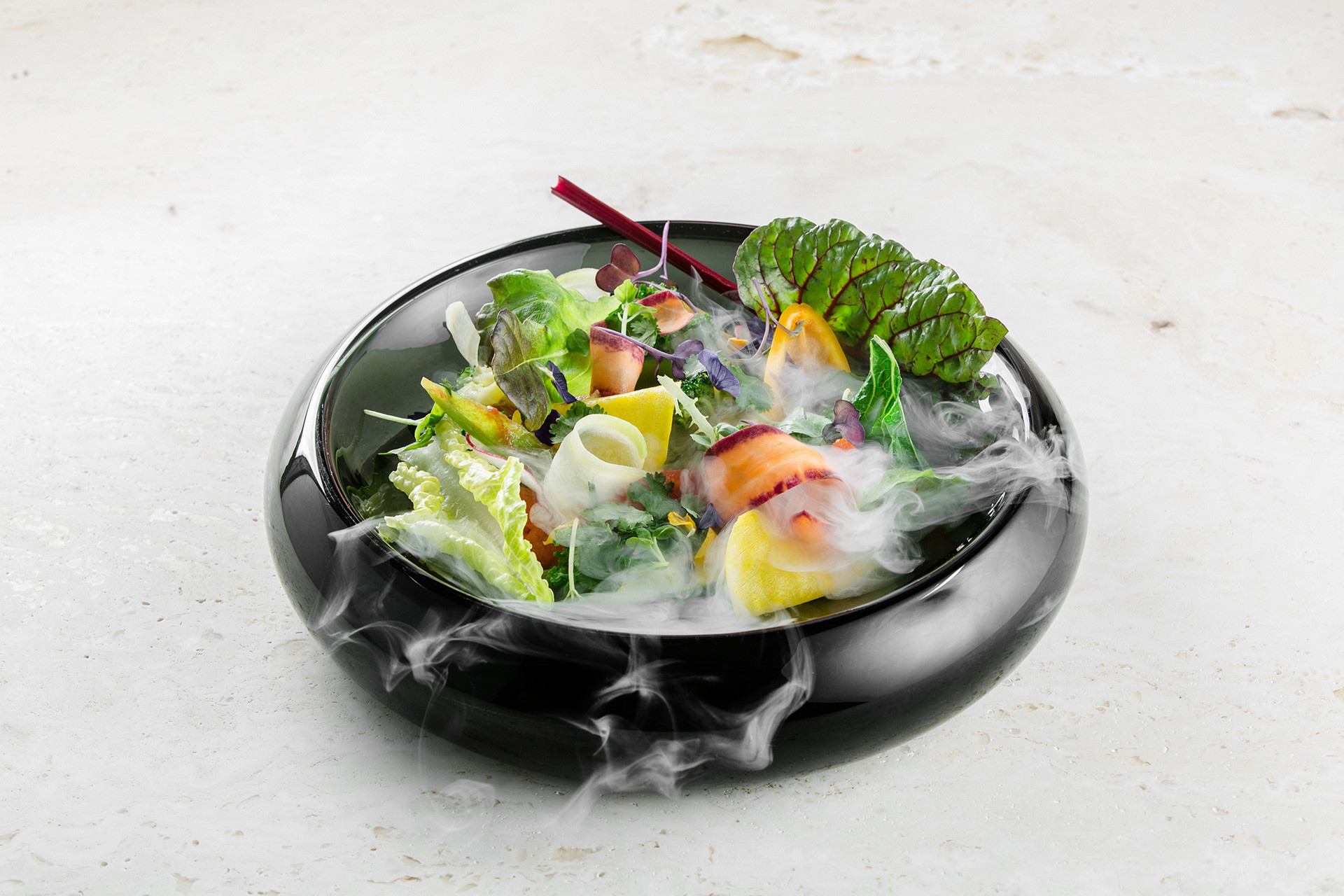 The second restaurant in this category was ‘ARTEST - Chef’s Table’, a new (open since February 2021) fine dining restaurant by chef Artem Yestafiev and restaurateur Arkady Novikov. 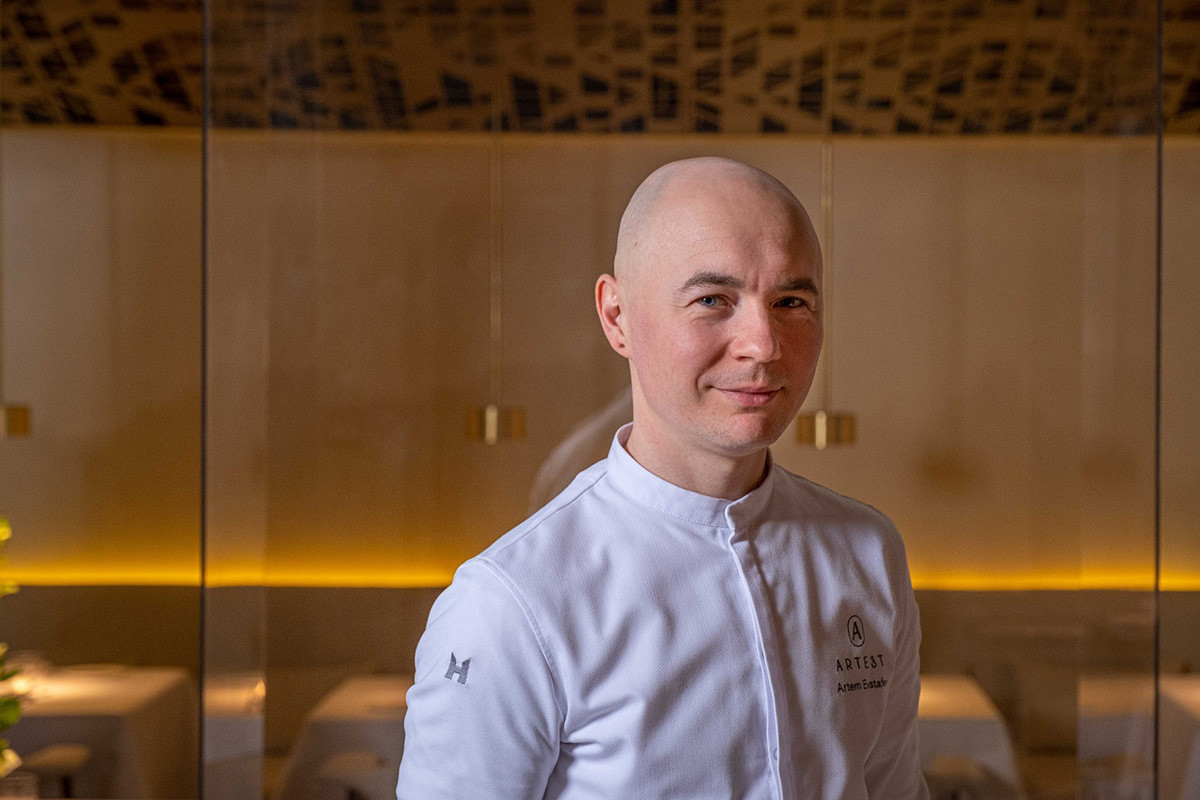 Estafiev recently moved to Moscow from St. Petersburg, but has already managed to win over the Moscow public with his approach to gastronomy. The chef pays special attention to local products, uses wild and rare mushrooms. Before joining ARTEST, he trained at the restaurant of French chef Alain Ducasse, whose establishments have been awarded Michelin stars more than once. 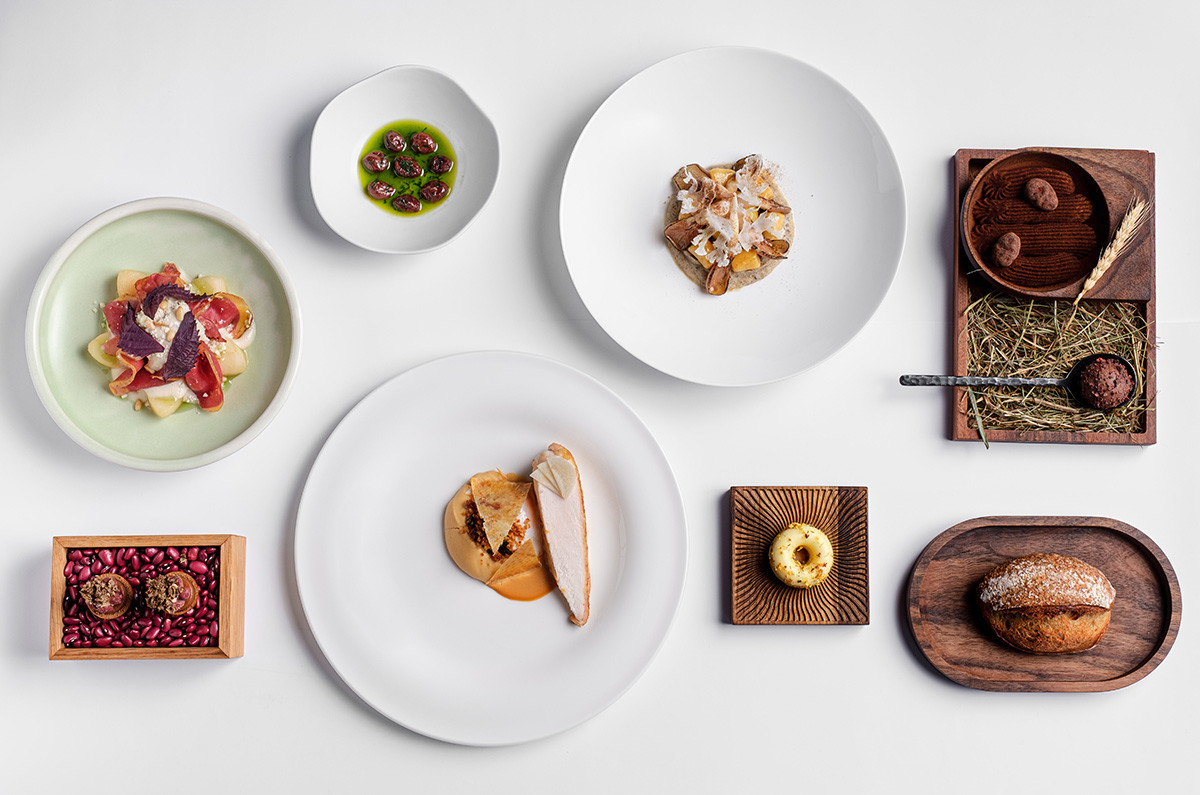 One Star: It’s worth visiting!

Seven restaurants in the capital have been awarded one Michelin star.

- ‘Selfie’, a restaurant of auteur cuisine headed by chef Anatoly Kazakov (one of the top 100 chefs in the international ‘The Best Chef Awards 2021’ ranking);

- ‘Beluga’ restaurant of Russian delicacies, where you can taste two dozen kinds of caviar, enjoy the stunning view of Red Square and indulge in the explosive menu by Chef Evgeny Vikentyev; 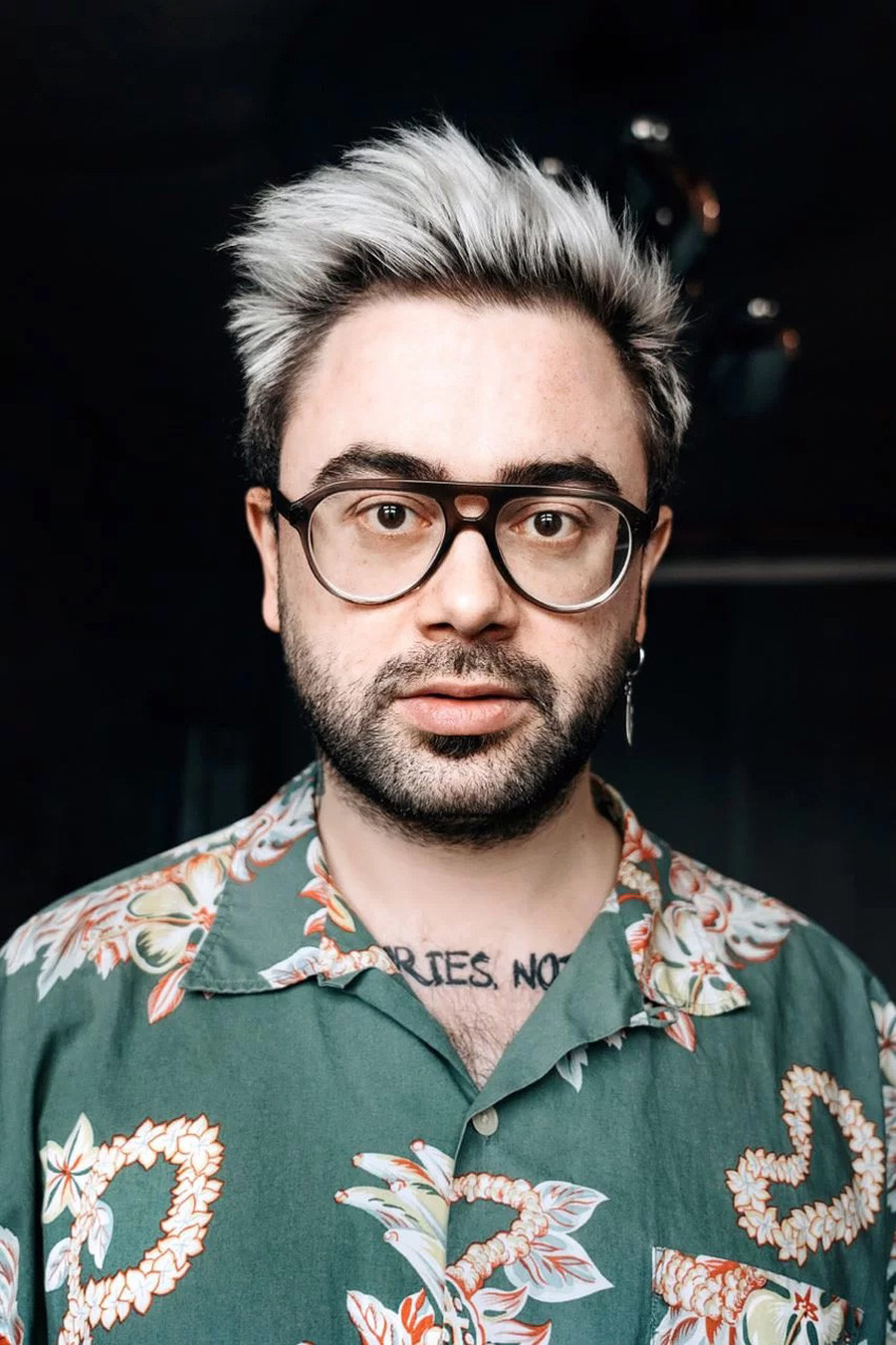 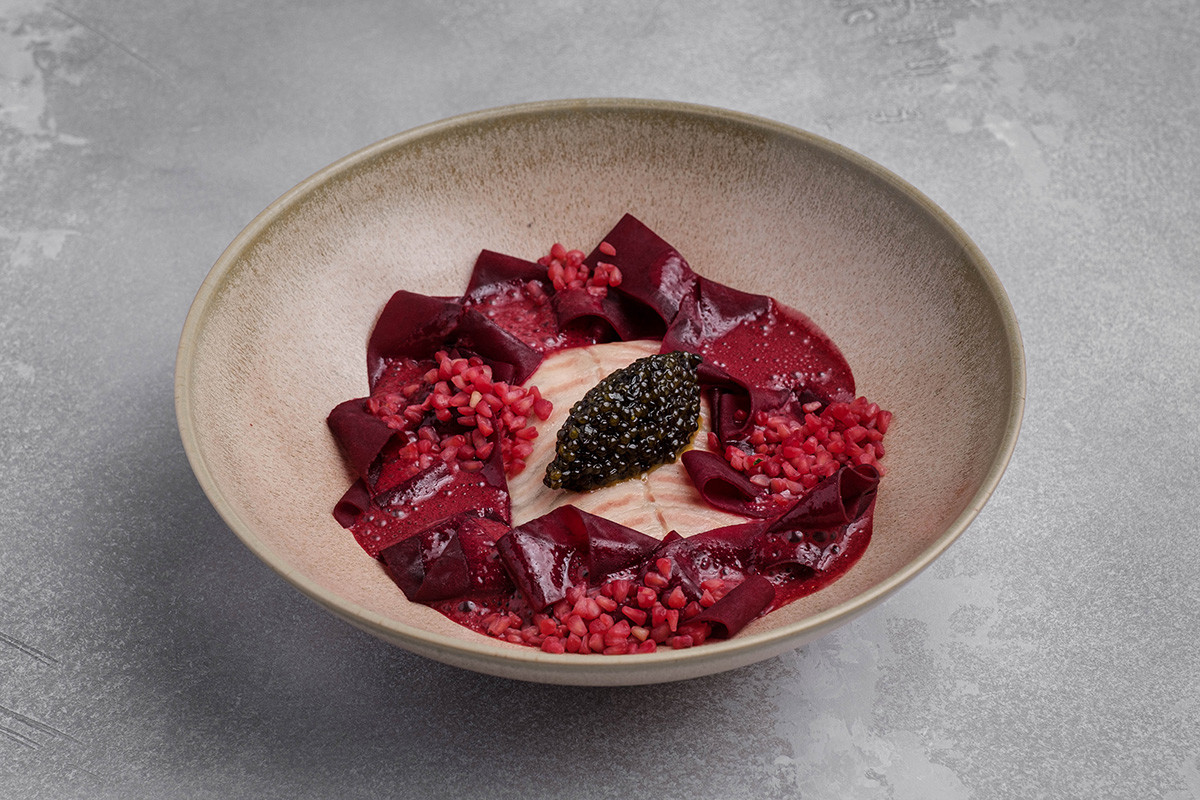 - ‘Grand Cru’ restaurant and winery by Patriarch’s Ponds with David Emmerle at the helm;

- ‘White Rabbit’ restaurant in the center of Moscow with chef Vladimir Mukhin and his innovative approach to Russian cuisine (No. 25 on ‘The World’s Best 50 Restaurants’ ranking); 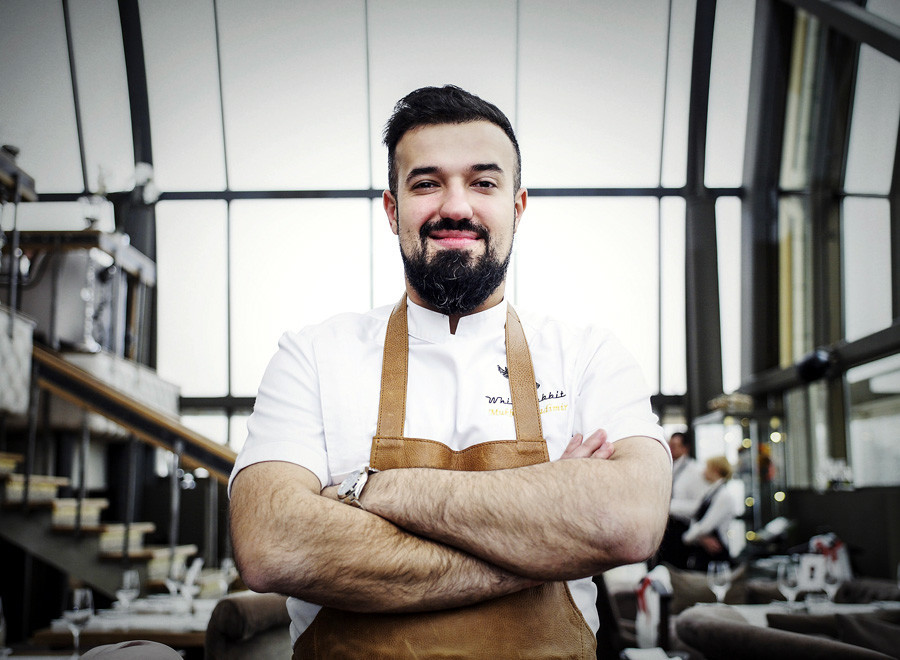 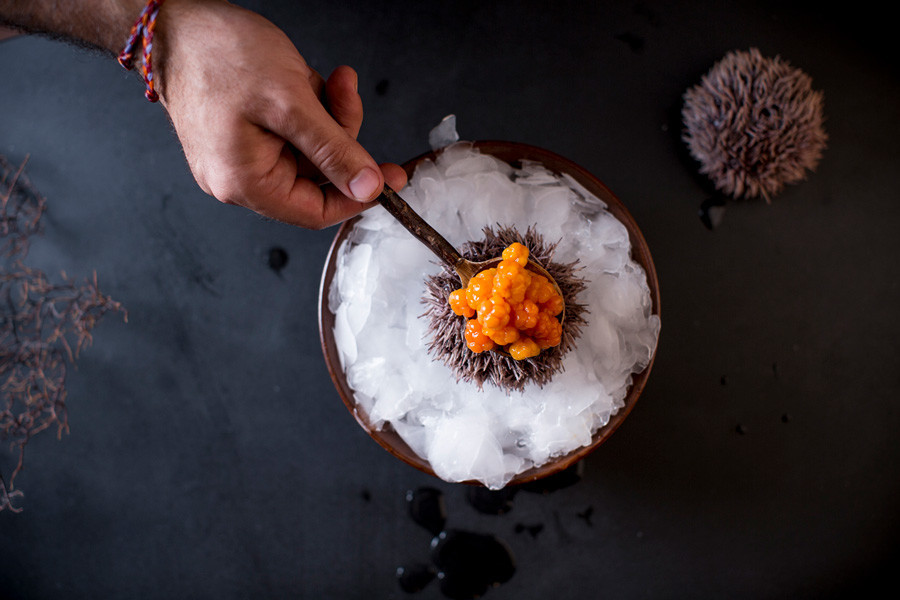 - ‘Biologie’ gastro bistro with its careful attitude to nature and Ekaterina Alekhina at the head of the kitchen; 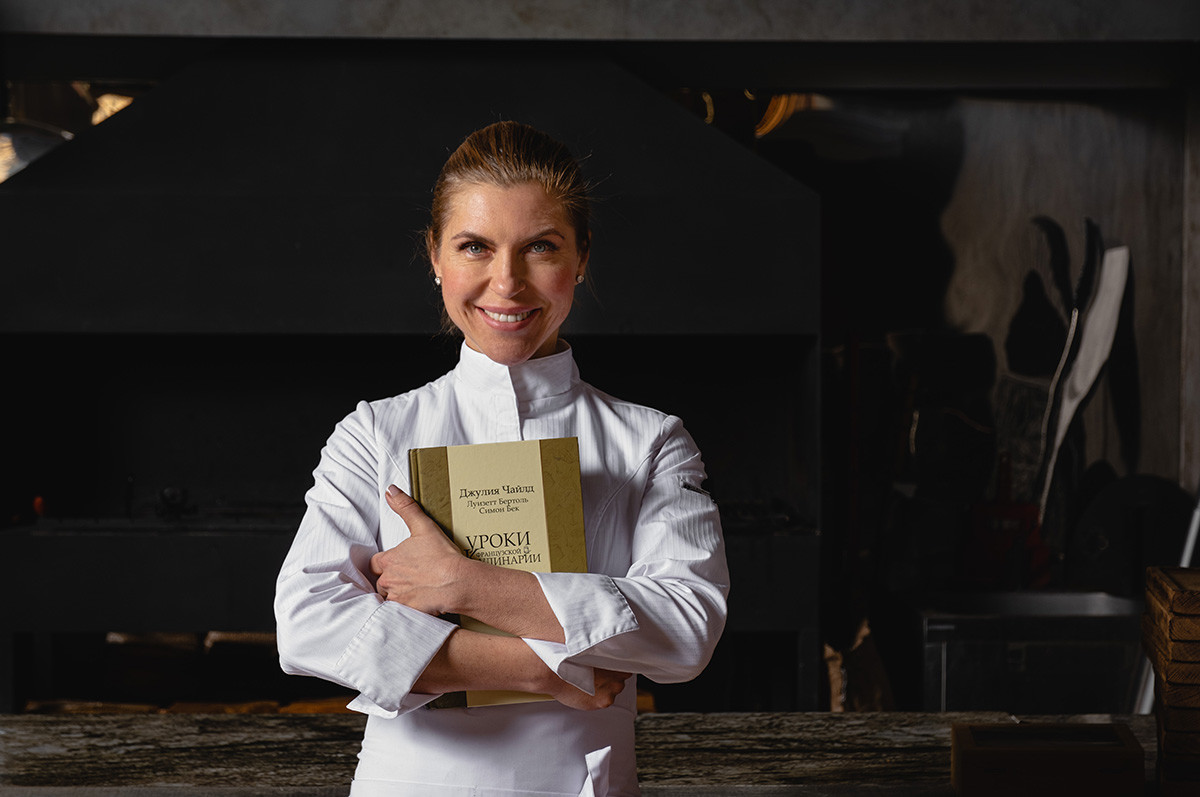 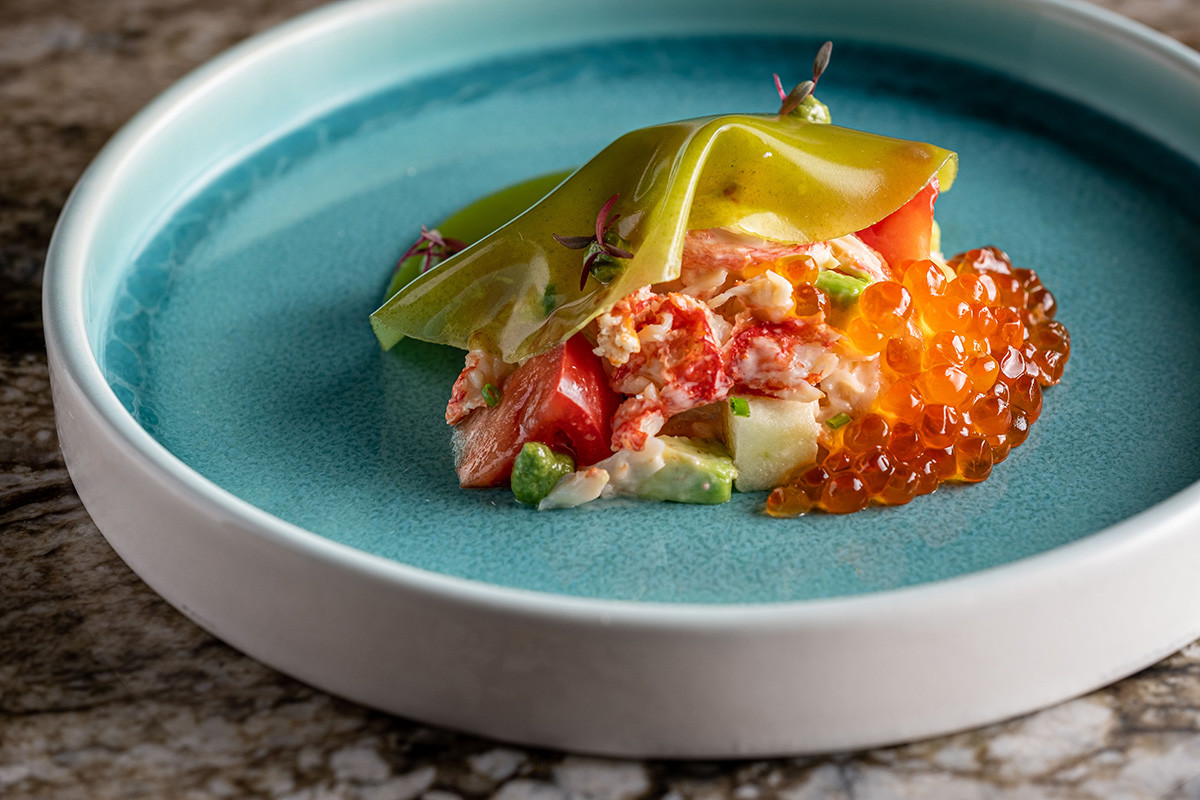 - ‘Sakhalin’ restaurant, with its amazing variety of seafood and run by chef Alexey Kogai;

- ‘Savva’ restaurant in the historic building of the ‘Metropol’ hotel in the center of Moscow (run by Andrey Shmakov). 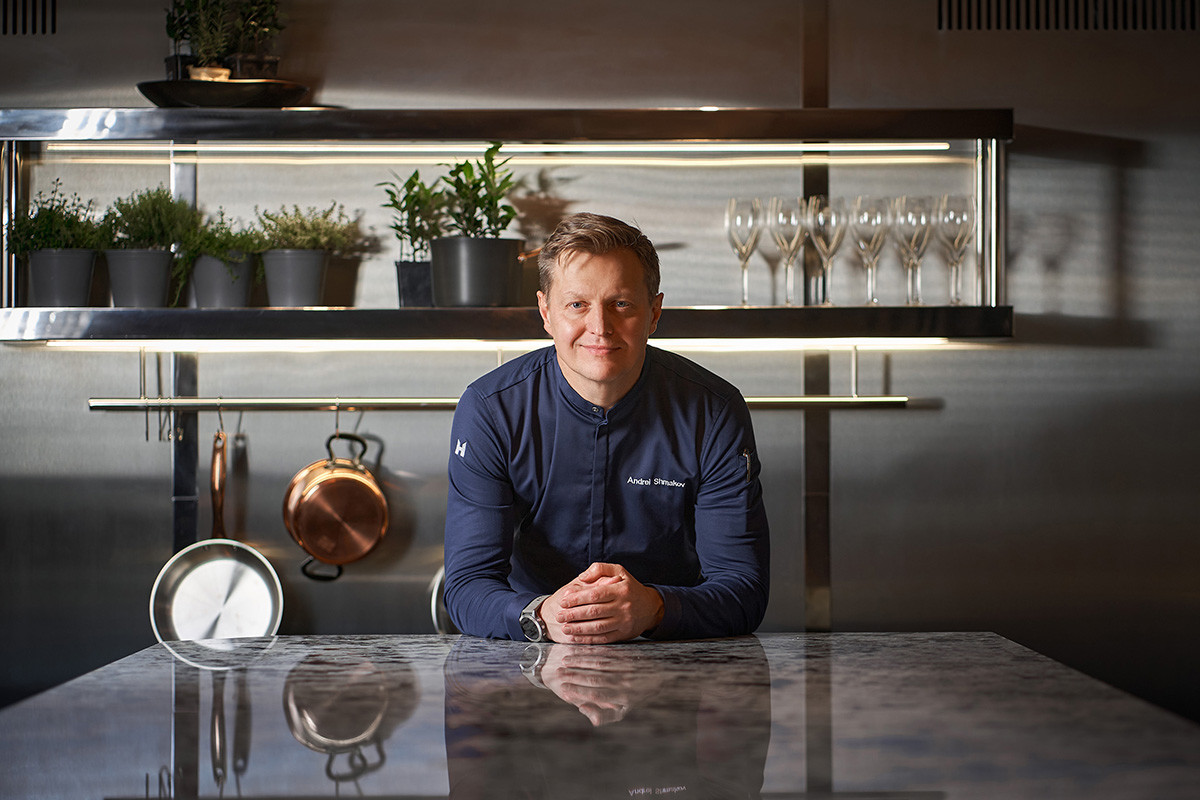 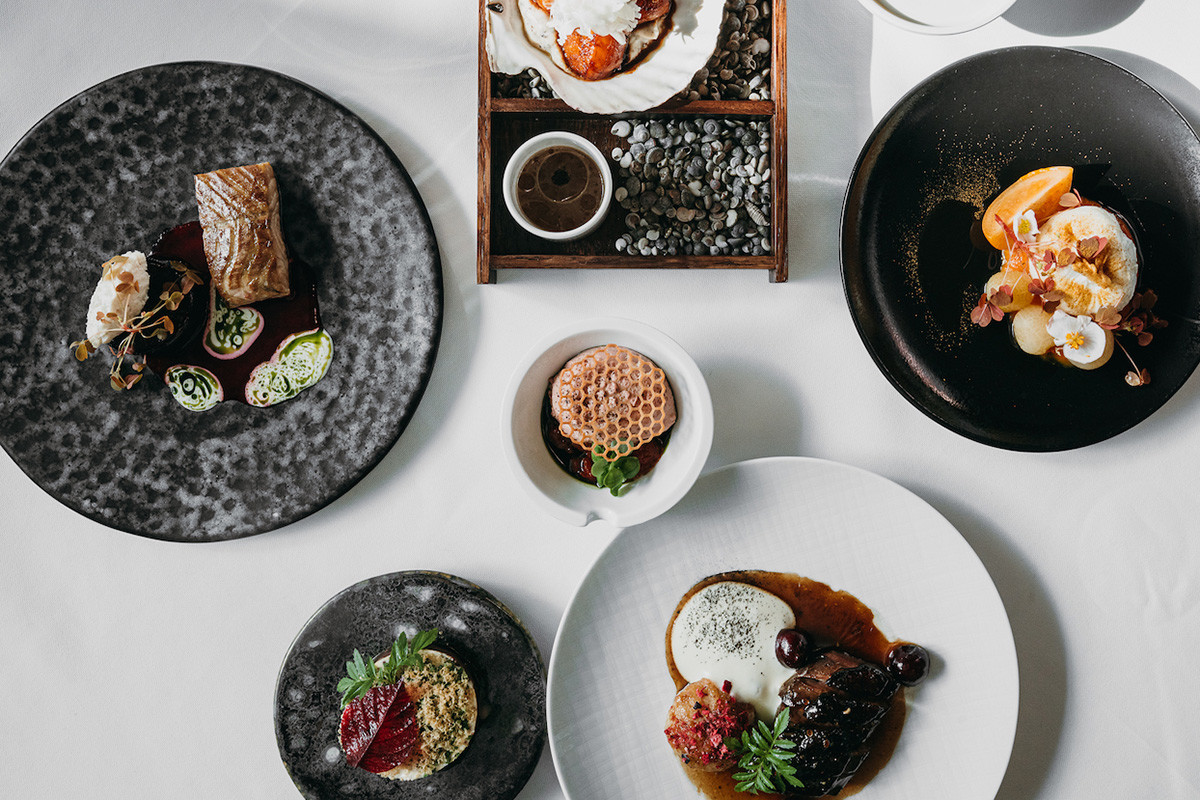 The Michelin Guide gives this award to the restaurants that care about conscious consumption, the reduction of food waste and take into account seasonality. The restaurants Biologie (chef - Ekaterina Alekhina), Twins Garden (Berezutsky brothers) and the northern cuisine restaurant ‘Bjorn’ (Nikita Poderyagin) in Moscow all received a Michelin Green Star.

Another 45 restaurants also made the Michelin Guide’s list of recommendations.