Which foreign sports clubs are owned by Russians? 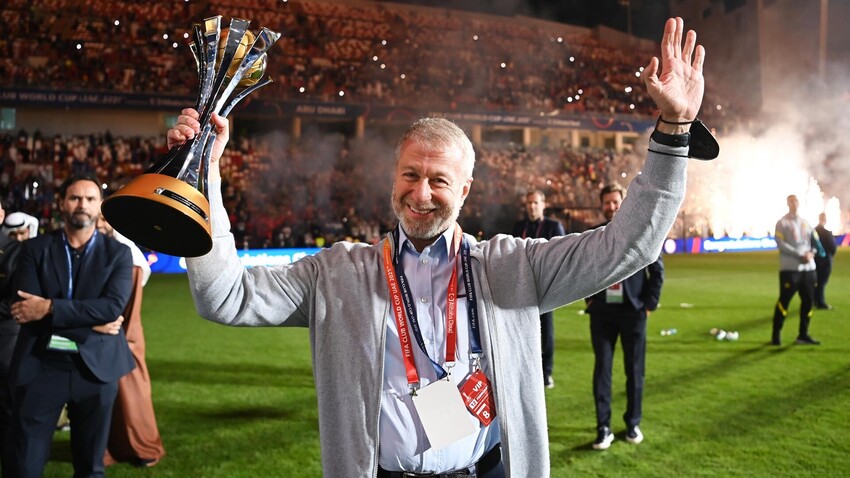 Roman Abramovich / Michael Regan / FIFA/FIFA via Getty Images/Getty Images
For some, it was just business, for others - their life passion. We reveal the Russians that currently own foreign sports clubs and what it cost them to get there.

“From the very beginning, I understood that the club would develop under him. Why? He just put a part of himself into it,” former Chelsea head coach Jose Mourinho said of Abramovich, the oligarch who started the trend of Russians owning foreign clubs. 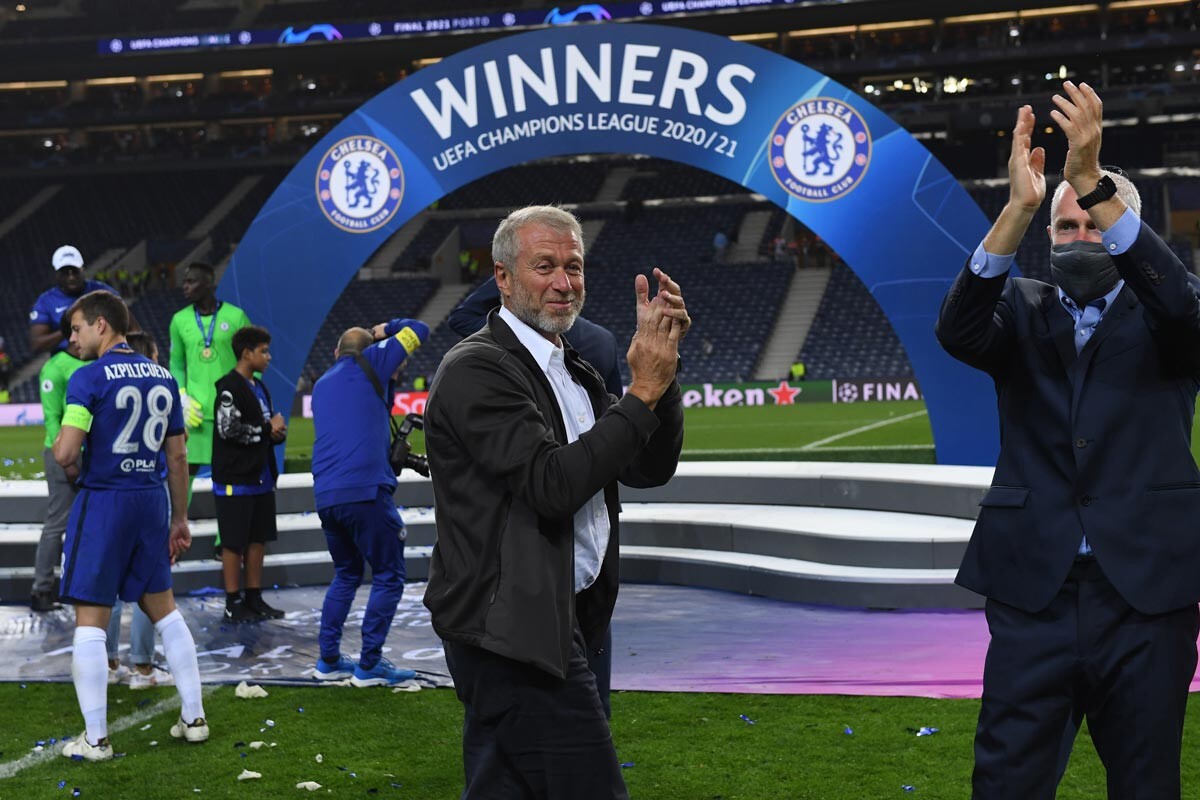 Abramovich did it back in 2003 and it has been his “major love” for 19 years. Before Abramovich’s arrival, Chelsea rarely found itself at the top of the ranks, only winning the odd trophy. Players would complain about a lack of a systematic approach at the club, calling it “chaotic”. Things changed with the new owner: he created a system, sparing no expense, but dutifully analyzing all transfers and was ready to give everything for the right player. As a result, Chelsea F.C. blossomed and made its way to the top of the rankings with five Premier League titles, two Champions League trophies and two UEFA cup trophies in the subsequent 20 years.

In March 2022, Ambramovich announced he was selling the club, in order to avoid it suffering sanctions in the wake of the Russian-Ukrainian conflict, as well as forgiving a 1.5 billion pound debt the club had. All the proceeds went to the club’s fund, which has been involved in charity work and social projects since 2010, however any potential sale of the club has been put on hold after the UK government froze Abramovich’s UK assets - including Chelsea F.C. - in response to the oligarch’s alleged close ties with Vladimir Putin. 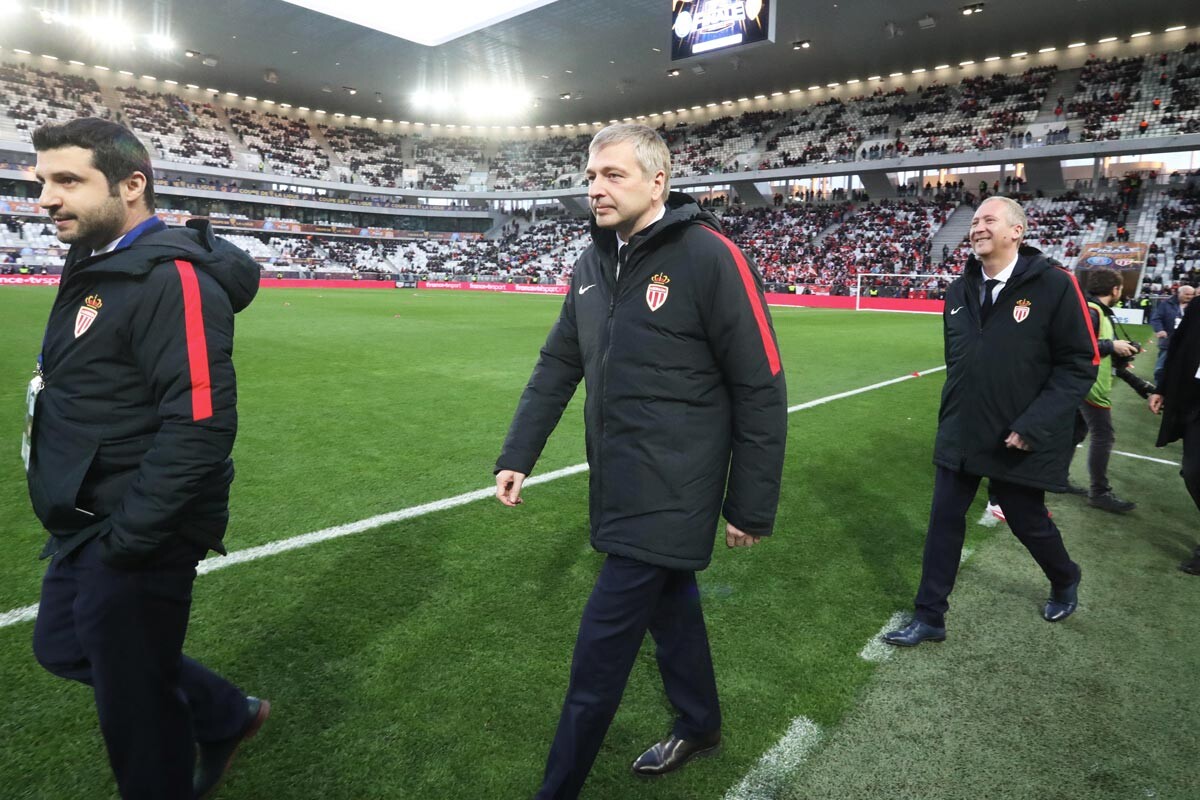 The former owner of ‘Uralkali’, one of the world’s largest potash fertilizer producers, and oligarch (he is currently ranked No. 27 on Forbes’ list of the richest businessmen in Russia) became involved with professional soccer having been inspired, according to him, by Chelsea F.C. and Abramovich. In 2011, he sold his controlling stake in Uralkali, then moved to Monte Carlo and became the majority owner of the local team.

AS Monaco FC was going through its roughest patch at the time and was in bad need of an investor. And Rybolovlev was ready to spend large sums of money to whip it into shape. He invested more than 100 million euro on purchasing players (only outspent by Paris Saint-Germain, which is owned by Qatari sheikhs) and, a season and a half later, Monaco got back its elite status by being promoted back to Ligue 1 in the French league. In the 2016-17 season, the club went on to win the French championship.

Rybolovlev once admitted that managing a football club is actually harder than even a giant such as Uralkali and, after years of being Monaco’s owner, his ambitions have somewhat calmed. Today, he publicly admits to having rather modest objectives - snagging the top positions in the French league and showing good results in the Euro cups. “We’re not Chelsea or Real [Madrid] and will never become a superclub, vying for championship titles and Champions League glory every year,” he confessed. 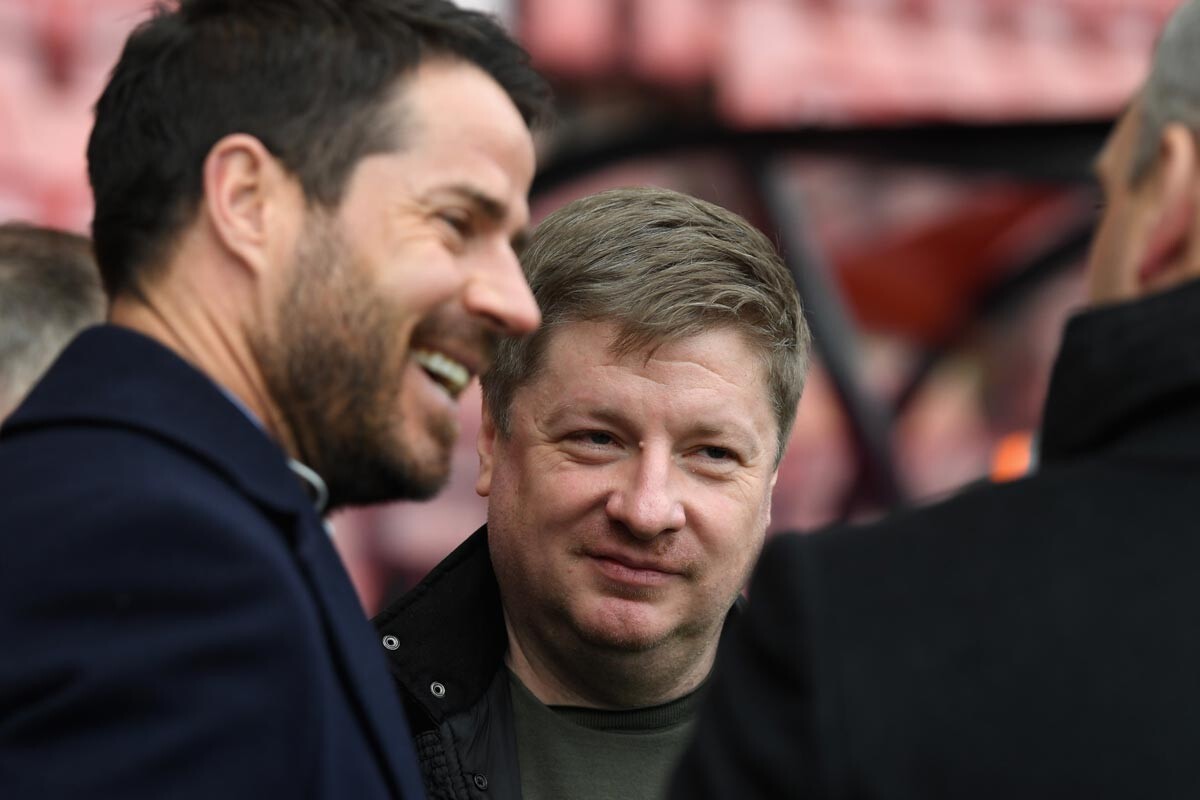 In 2011, AFC Bournemouth - which hails from the city of the same name, on the La Manche coast (and not to be confused with Bournemouth F.C.) - led a miserable existence and was on the verge of exiting professional soccer. The team was rescued from debts and creditors by financier and oil trader Maxim Demin, who, together with his family, relocated to Bounremouth from Russia. Having pulled the club out of its tight financial spot, he never got the money back. However, having added £450,000 to the sum, the Russian gained ownership of a 50-percent stake, before ending up as the sole owner two years later.

Demin’s friends and partners referred to the club as a “suitcase without a handle” and its purchase - an expensive toy. But things turned out differently: the Russian owner presided over a revolution at the club, which was given the moniker “the Russian miracle” for it. In the space of three seasons, he pumped more than £25 million into the club, found a head coach capable of handling its ambitious goals, began a buyup of young, local players with potential and made the supervision of their health and condition a top priority. As a result, Bournemouth saw the most incredible rise in possibly the entire history of English soccer leagues: the team rose from the third division to the English Premier League and achieved the best results in its entire 116-year history. This was in 2015. Today, the Russian-owned club competes in the EFL Championship - the second most important English soccer division. 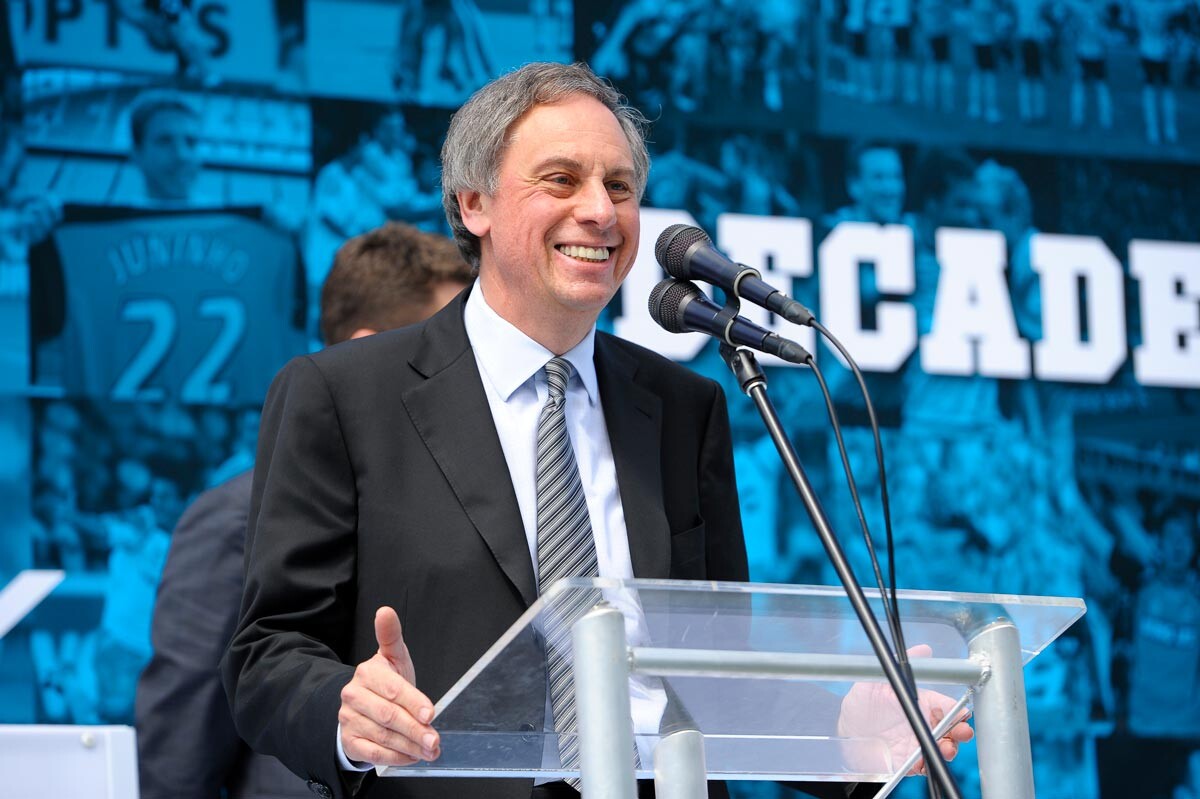 The Australian soccer club entered this Russian banker’s field of vision after his daughter Alina tied the knot with Australian businessman Scott Barlow. In 2006, David Traktovenko bought 22 percent of the shares, then expanded his ownership to 90 percent two years later.

He knew exactly what to do with SydneyF.C., which was experiencing a slump: the same thing he once did with another soccer outsider - FC Zenit St. Petersburg, which Traktovenko turned into the strongest Russian club during his role as Chairman of the board of directors. The success was repeated with Sydney F.C., which won the Australian A-League for the first time in history and then repeated it five times in succession. 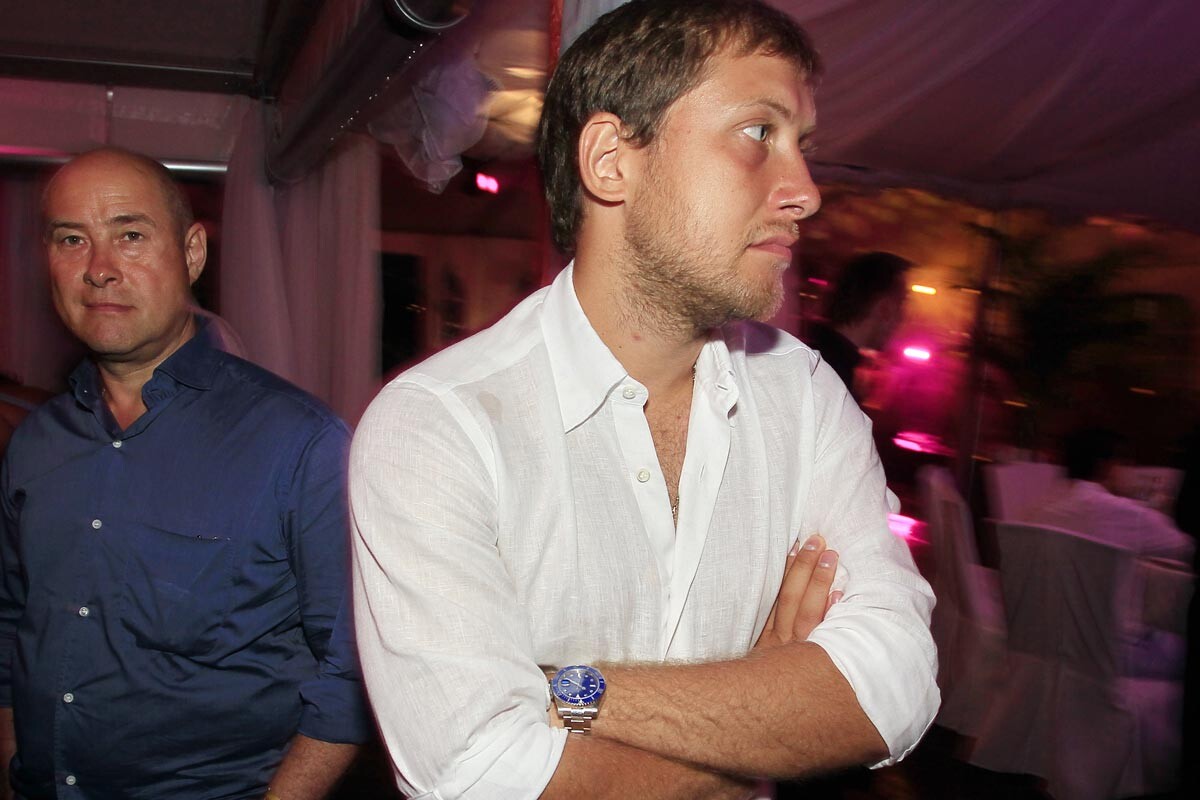 As the son of Russian multi billionaire Boris Zingarevich, Anton is best known as the former owner of English soccer club Reading F.C. He acquired it in 2012 for £25 million, but barely had any interest in managing it and ended up selling it two years later to a group of Thai investors - for just one pound. The new owners inherited the club’s debts - of which there were many, having received a club that was on the decline: with Zingarevich, Reading F.C. ended up being relegated from the Premier League and never regained its former standing.

A lot of time passed since and Zingerevich Jr. even managed to have a federal warrant issued for him in connection with a 2.5 billion-ruble credit fraud. The case was closed in 2019, with Zingarevich remaining one of the richest men in the country. According to Bulgarian media, the Zingareviches’ combined family fortune stood at more than $1 billion in 2018. Their companies work in the area of paper and cellulose manufacturing, as well as the energy and construction sector. It’s also believed that Anton Zingarevich and his partners own the rights to 2,000 soccer players around the world (mostly from Africa and Latin America). According to information from two years ago, Zingarevich was looking at European clubs again. He ended up acquiring 99 percent of Bulgarian side Botev Plovdiv  in 2021.