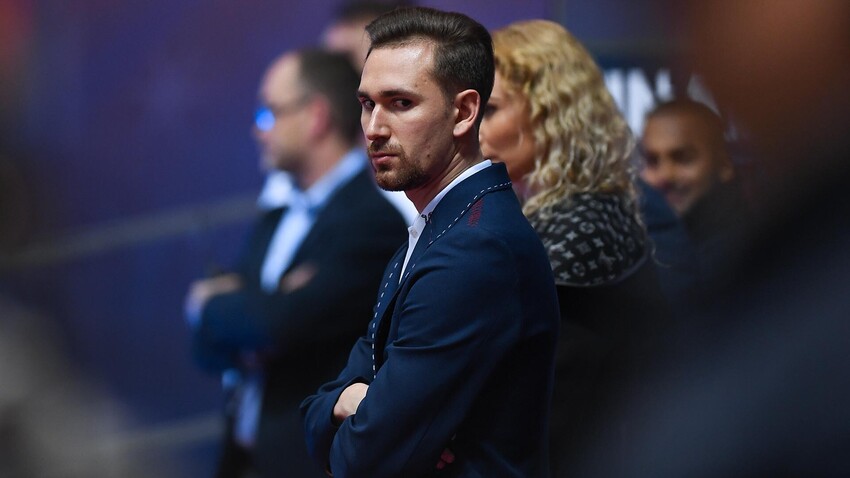 "Most of the Gleikhengauz programs remind me of fast food. It’s technically food, but it’s mass-produced and of a quality that I would not find suitable even for my dog," said blogger Dave Lease, known for his criticism of Russian female singles and their coaches. In his opinion, the musical compositions offered by Daniil Gleikhengauz, the choreographer of Russian figure skating coach Eteri Tutberidze's group, are meaningless and remind him of... music from an elevator or a supermarket.

Well, the choice of tracks and the ideas behind the programs are really peculiar and raise many questions to their author, but they are definitely not like fast food.

Choreography in figure skating is a specific thing. Dance design is aimed not only at visual impact, but also at the convenience of performance for the figure skater. The ideas of choreographers are embodied only to the extent that the technical component of the programs allows. This alone puts the choreographer in a very strict framework. Besides, at the Khrustalny Rink in Moscow, where Tutberidze trains her students, she is known to have the final say as the head coach. Programs of Tutberidze's students are often a product of joint creativity of Eteri and her staff choreographer. Still, most of the ideas come from Daniil Gleikhengauz. 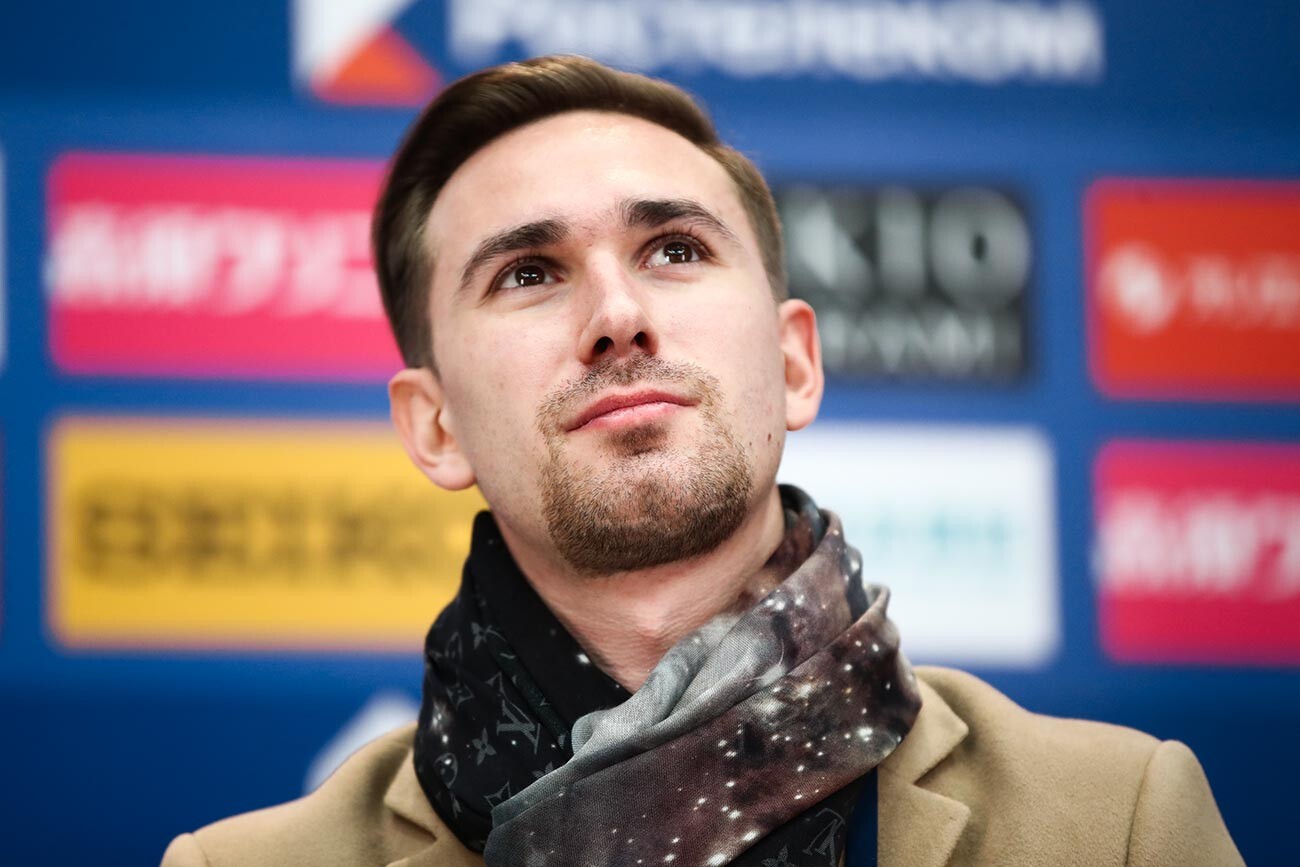 Now Daniel Markovich Gleikhengauz is a correct, polite and immaculately dressed young man of 30, doing three dozen programs a year and giving balanced interviews to the press. Even now, with his suit and gold watch, he looks young compared to other Russian coaches, but he crossed the threshold of the legendary Khrustalny Rink very young when, back in 2014, he joined Tutberidze's team from the ice show. Eteri was already an Olympic champion coach then, as Yulia Lipnitskaya had just won gold in the team event in Sochi. He was a former figure skater, who had initially shined in children's competitions, but was forced to switch to ice dancing because of an injury.

In some ways, his path was similar to that of Tutberidze: her lack of fulfillment in sports led her to the coaching track. But if Eteri's career was destroyed by the collapse of the country, Gleikhengauz's loss was more personal – his father died, and the young man had to think less about sports and more about his livelihood.

"When I decided to try in Tutberidze's group, most of my acquaintances were skeptical, saying that there were many people like you there, and they change every 2-3 months, they do not stay long," admits Daniil.

However, Gleikhengauz stood out from his predecessors: the son of a famous cameraman and Bolshoi Theatre ballerina, despite his youth, he had a solid background. His mother, who had trained him as a ballet dancer, had been training him ever since he learned to walk.

Daniil, at four, found himself on the rink only because he was too young for ballet school. But soon figure skating turned from a temporary means of ballet training into a job of life. And Daniil’s mother did not give up. "To be honest, until the age of 17 I just hated choreography. Well, imagine: adolescence, everyone, after working off the ice, go to McDonald's, and my mother-ballerina gives you ballet shoes and says: "Let's go practice.”

By the way, his mother, Lyudmila Shalashova, became friends with Tutberidze and came to work at Khrustalny Rink after her son.

From the first days Daniil proved himself as a hardworking and responsive person. He took the youngest skaters for additional training. Among them was little Anna Shcherbakova, whom he helped to master triple jumps. And when she started doing quads and broke her leg, he supported and visited her. Hardly anyone has any questions about Daniil's human qualities. But everybody seems to question his programs.

Pygmalion and the Three Dozen Galateas 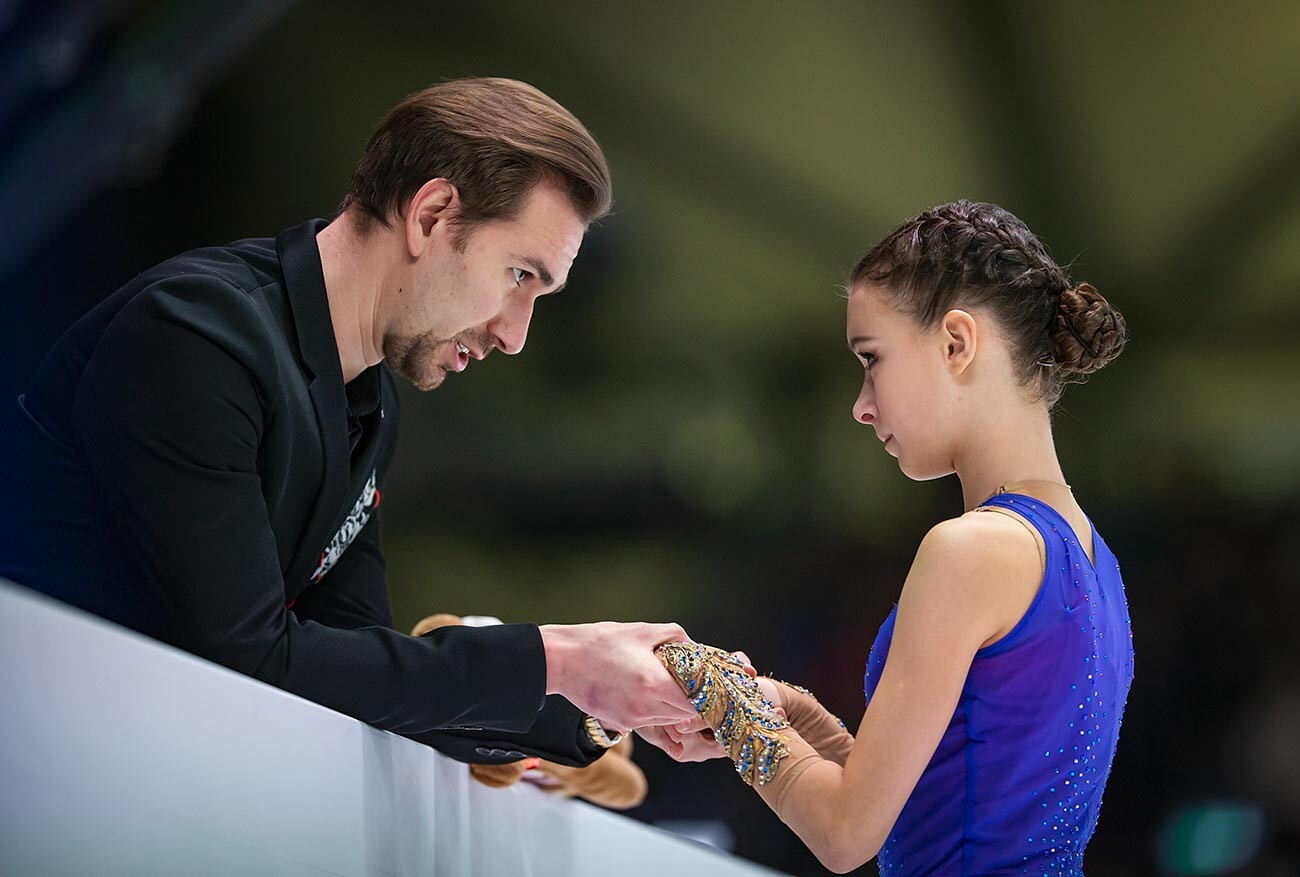 Anna Shcherbakova has a word with her coach Daniil Gleikhengauz during day 4 of the ISU European Figure Skating Championships at Steiermarkhalle on January 25, 2020 in Graz, Austria.

While Tutberidze is emphatically not showing preference for any of her apprentices, Gleikhengauz manages to hide his sympathies much worse. Alina Zagitova and Anna Shcherbakova are Daniil's main muses. The maestro's instincts were right – they both won Olympic gold with his programs.

To the 15-year-old Zagitova, in her triumphant 2017-2018 season, he entrusted the "Black Swan," a long cherished idea that was not to the taste of the previous prima donna Yulia Lipnitskaya. The idea for the program was inspired by Darren Aronofsky's psychological thriller of the same name.

Her flawless performance earned Zagitova a world record in the short program, which ultimately determined her victory over the competition favorite, Evgenia Medvedeva. Curiously enough, “Black Swan” is also what hard-to-predict and rare events are called, events that have significant consequences. Indeed, the consequences of Gleikhengauz' "Black Swan" were most fateful: Zagitova's gold medal led to media harassment of the athlete, initiated years of fan wars, and caused the painful breakup of Medvedeva and Tutberidze.

Anna Scherbakova's winning Olympic free program is based on the novel "The Master and Margarita" by Mikhail Bulgakov. It opens with Ruska by Apocalyptica, continues with the Satan’s Ball theme by Russian composer Igor Korneluk, and finishes with ‘Lacrimosa’ from Mozart's Requiem. Unlike the dramatic Black Swan, this program is demonic. It plays with the theme of possession and redemption. This is how Anna Shcherbakova conveys Gleikhengauz’s idea: "At the beginning I feel the movement of an evil force, I hear sounds in my head – this is how the first half of the program goes, then the Satan’s Ball, the well-known part, I love it very much. ... As Daniel Markovich said, the good win in this story.” 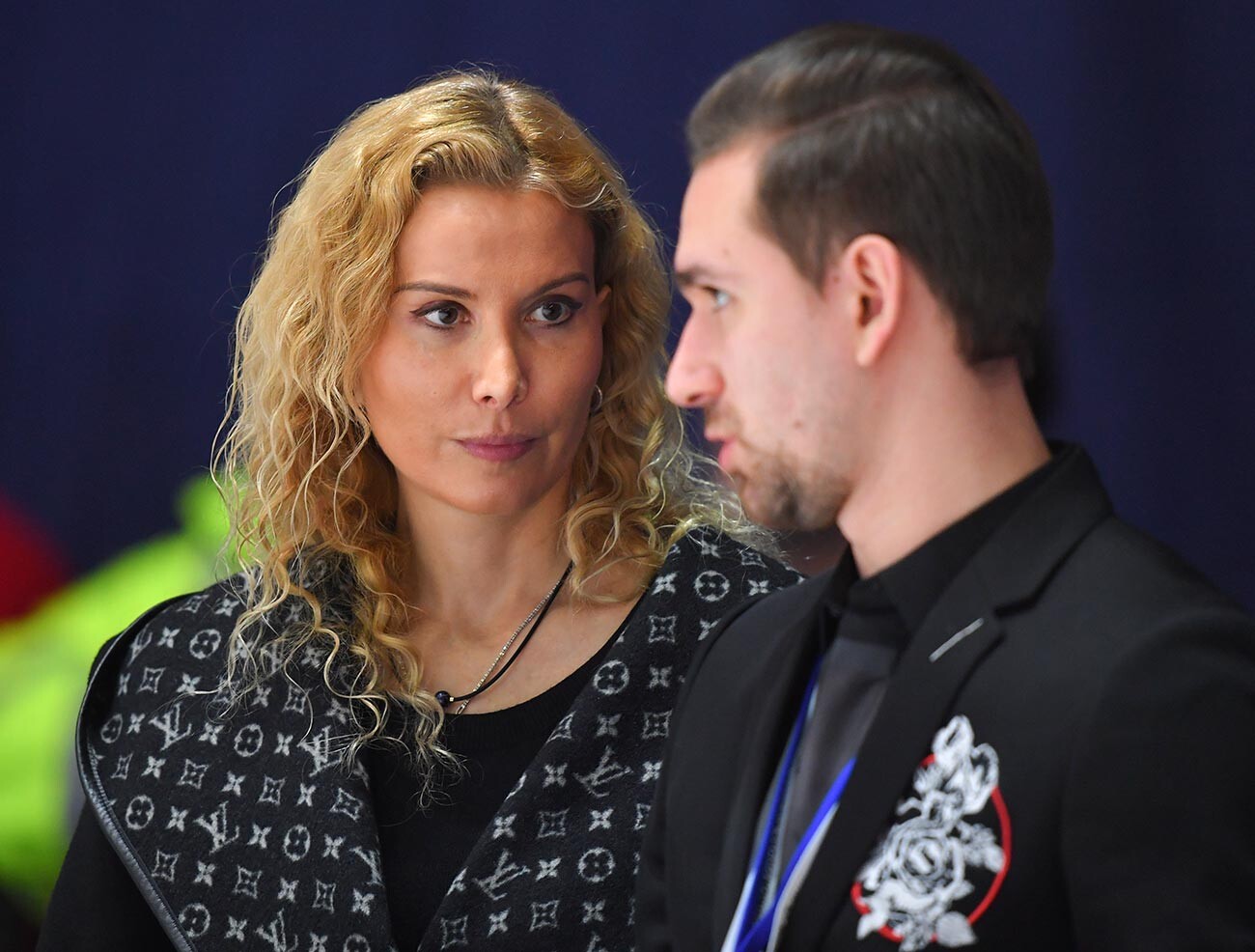 This program, like "Black Swan" four years earlier, turned out to be fateful – Anna won the Olympic gold medal with it. Stopped one step from the gold, "Quad Queen" Alexandra Trusova, choking with black tears from the flowing eyeliner and shouting words of hatred, will long be remembered by the fans.

All this could be considered a coincidence, if the choreographer had not already had a whole cast of sinister productions: about clinical death and the flight of the soul (Chopin’s Nocturne in the program of Evgeniya Medvedeva, and Alena Kostornaya's ‘Angel’), death by a maniac (Anna Scherbakova's ‘Perfumer’), suicide (Daria Usacheva's ‘Juliet’ and Evgeniya Medvedeva's ‘Anna Karenina’), and so on. Only the combative Alexandra Trusova seems to have escaped the theme of demise.

This inexplicable attraction to demonic imagery has even earned Gleikhengauz the nickname "Daniel Mephistopheles'' among Russian fans. These existential stories capture his imagination even when watching commercials. Such was the case with Alina Zagitova's showcase number, which was dedicated to the memory of Daniil's mother. (Lyudmila Shalashova passed away on August 29, 2019). As Daniil confessed in an interview with GQ magazine, "I was watching a video on YouTube, but then the plot was interrupted by a commercial, which we all dislike so much, and in this commercial a track by the band M83 started playing. I heard it, I shazamed it, I started listening to it again, and that's how the idea for the number about the flower and about life came about."

Through the efforts of their choreographer, the girls at Khrustalny Rink don't do ‘cheerful princesses’ in their programs. They love Billy Eilish, mumble rap and TikTok, but Daniel's programs are not about frivolous and carefree joy and not about down-to-earth life at all. These are mystical, exquisite and chilling stories about death and rebirth, about the fragility and transience of life in a neoclassical setting and thriller soundtracks. In short, it's hardly what’s playing at the mall Dave Lease picks up his groceries at...