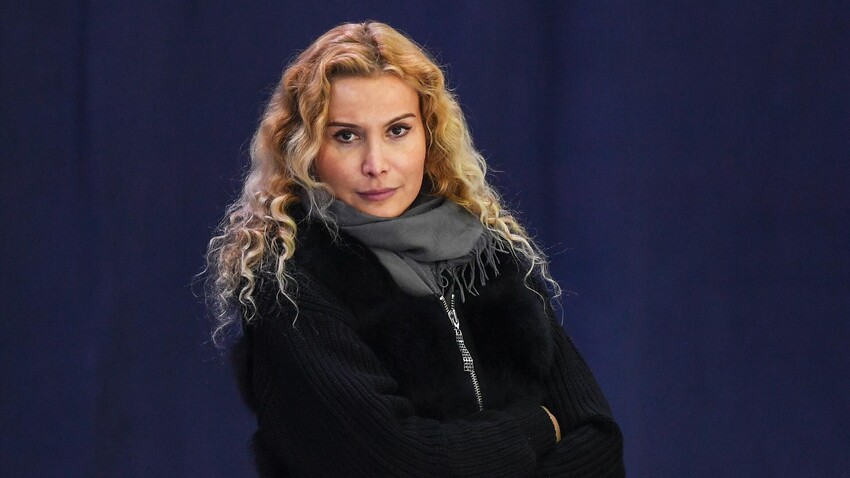 Vladimir Pesnya/Sputnik
The best coach at the ISU in 2020 and the woman behind a flurry of champion titles for her charges, Eteri Tutberidze is an indomitable fighter. She had to quit the sport because of an injury, but she came back triumphant as a coach.

“That morning, I went downstairs to wash my face, looked at the clock – 9:04 am. There was an explosion. A terrible crash. Deadly silence. And inhuman screams. I don’t know how I got outside. Alone. It must have taken a long time to get out, the walls were torn apart. People were screaming about the second bomb. Everybody was running away and I just stood there. I looked lost: in flip-flops, with a towel and a toothbrush. Some fireman came running up, grabbed me by the hand and dragged me along. For half a day, I wandered after him as if in a delirium, while he checked the ruined rooms. All the Russians in our ballet company had been sent to American families. My partner Kolya Apter and I were sheltered by that fireman. As victims of a terrorist attack, we were each paid $1,200. We bought a beat-up car, the fireman helped us repair it and we drove to Cincinnati.” This is how Eteri Tutberidze remembers the day of Oklahoma City bombing. 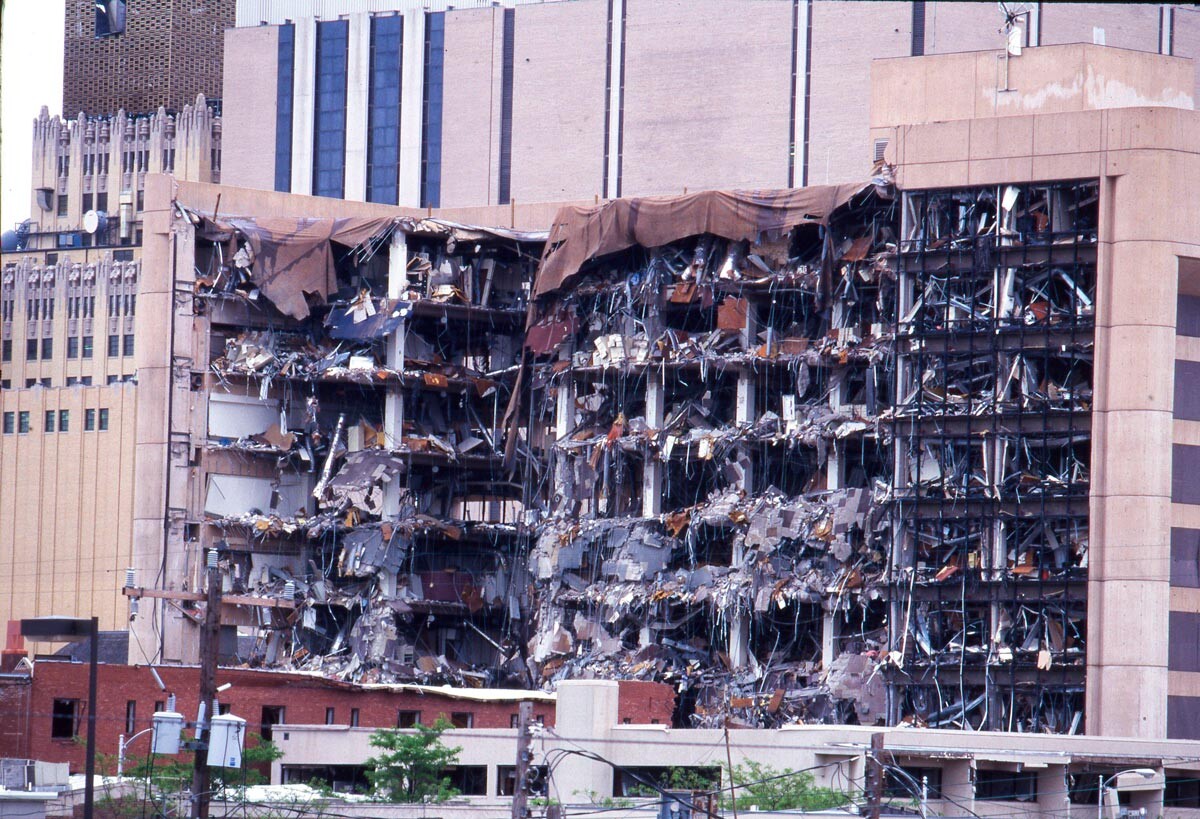 Aftermath of the Oklahoma City Bombing of the Murrah Federal Building on April 19, 1995.

In 1995, when the attack in Oklahoma City occurred, Eteri Tutberidze was an obscure 20-year-old Russian figure skater with no titles or victories. She was forced to end her athletic career after a back injury and the collapse of her Soviet homeland. That year, she went to the U.S. with the ‘Russian Ballet on Ice’ ensemble. Due to bureaucratic delays, her contract was torn up and the entire company had to sleep in a dorm on the floor and eat in charity canteens. The YMCA dormitory, which was across the street from the building the terrorist blew up, was where she was on the day of the attack. 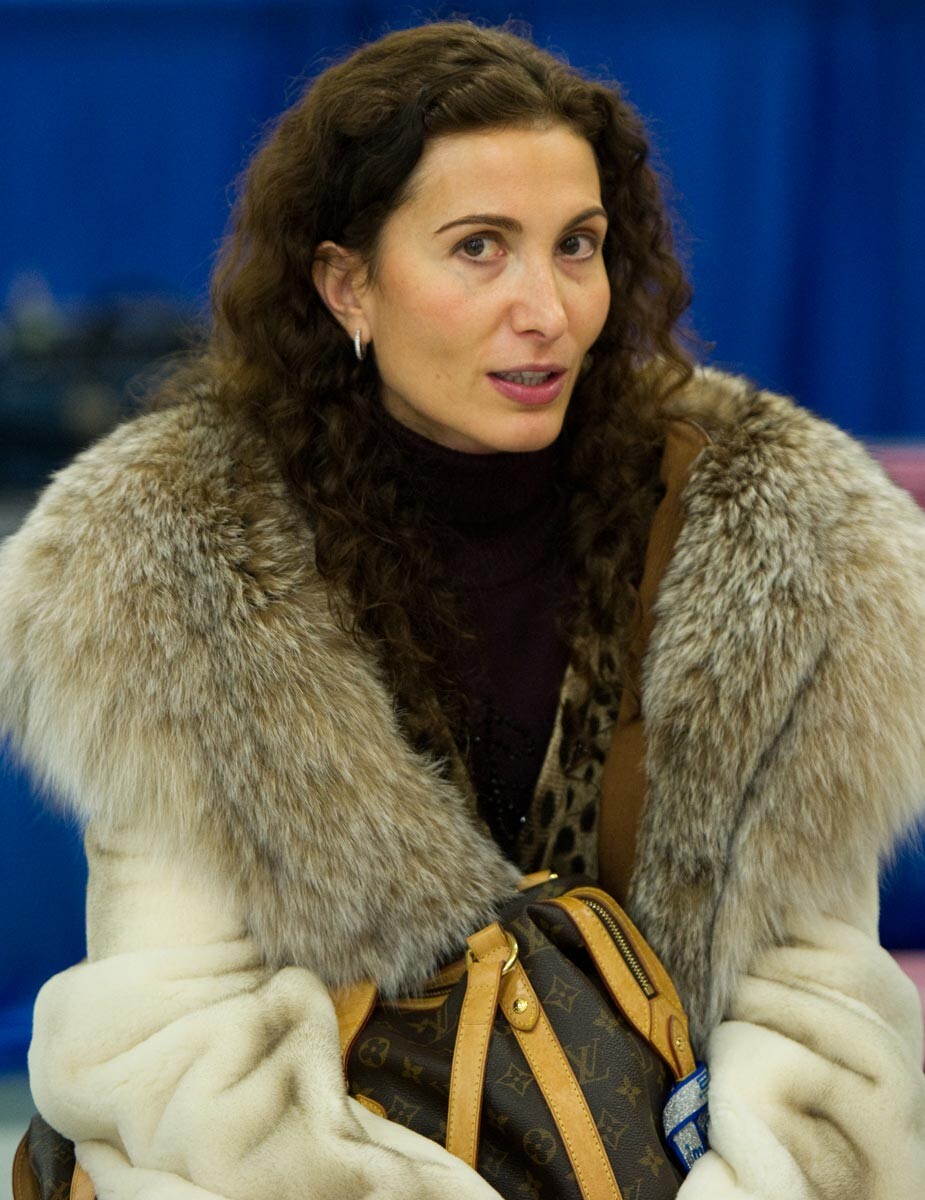 “The beat-up car,” which Eteri and her ice ballet partner Kolya bought with their compensation for the terrorist attack, helped her stay afloat in her early years in the United States. She toured with shows for four years before settling in San Antonio, Texas, where Eteri gained her first coaching experience. Her students ranged from athletes to just idle amateurs and bored old people. She did not yet know that she was destined to be the most important revolutionary in her field.

The American Dream in Putin’s Russia 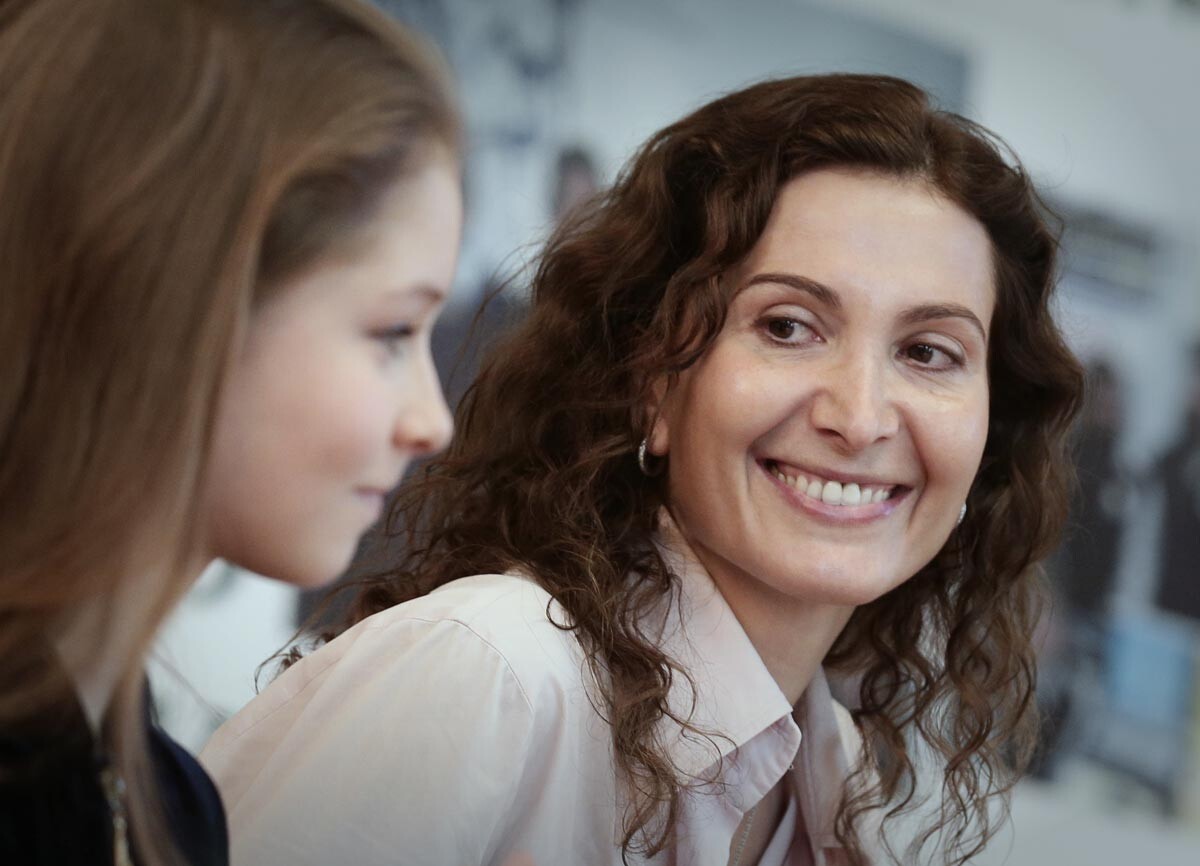 Yulia Lipnitskaya (L) and her coach Eteri Tutberidze (R) in 2014.

“When I was four years old, relatives from Georgia came to visit us,” Eteri recalls. “Someone asked my father, ‘How many children do you have?’ And he says, ‘One son.’ And I slapped him on the shoulder and said, ‘Daddy, there are five of us.’ And he says, ‘Get away!’ And then I asked him why he said that. He answered: ‘My son will have the last name Tutberidze and he will be a descendant of our family and you are girls. You don’t count.’ So I always wanted to prove the opposite!”

And she was proving it. She had been going to train herself since she was a little girl and she made up her mind to go to America and achieve material prosperity there. But, the quiet and prosperous life was too boring for her and, after she made it in the USA, she decided to return to Russia and start from scratch.

In Russia, where informal connections mean a lot, her connections were severed while she was away, she failed to find a suitable job and Eteri had to train health groups on inflatable street skating rinks. It took her almost ten years to adapt to the new Russia: she left the declining Soviet Union for America, which seemed like a dream at the time, and returned to the harsh reality of the new state during its formative years. 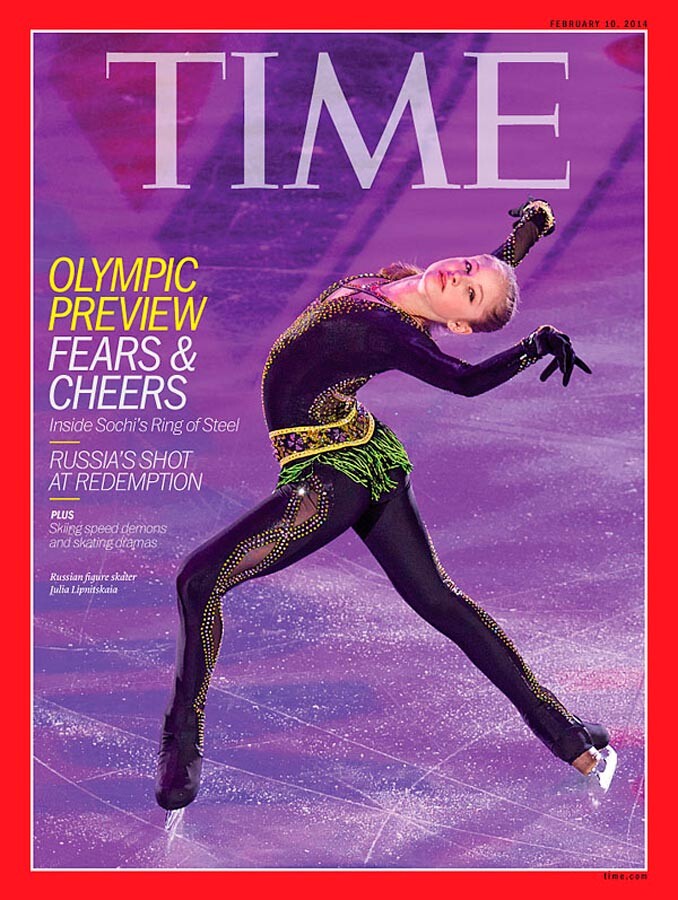 In 2008, after a long struggle, she came to the Moscow skating rink, known as ‘Khrustalny’ (“Crystal”) – the name that the whole figure skating world now knows. And the very next season was marked by the first serious successes of her student Polina Shelepen at junior level. Then, there was a series of resounding victories by Yulia Lipnitskaya, culminating in an Olympic gold medal in team events in Sochi 2014. ‘The girl in the red coat’ was how Yulia was remembered by foreign fans. She skated to music from the movie ‘Schindler’s List’ (1993), earning a compliment from Hollywood director Steven Spielberg. “I think this praise from Steven is on par for us with the gold medal of the Games,” Tutberidze then told reporters. After Yulia’s victory in the team event, a real landslide of victories started: Lipnitskaya became the most popular person of the Olympics – she even graced the cover of Time magazine and Eteri herself got serious attention in the press for the first time.

Following Lipnitskaya came the awe-inspiring Evgenia Medvedeva, who had not lost a single start in two seasons, but, in 2018, lost gold at the PyeongChang Olympics to her classmate, also a student of Tutberidze, Alina Zagitova. The following season, Zagitova won the World Championships, becoming the most decorated figure skater of her time. Meanwhile, junior competitions were shuddering under the blows of Eteri’s new generation of champions – Alexandra Trusova, Anna Shcherbakova and Alena Kostornaya, who put the world before the fact: if you want to win, make it harder for yourself. The quads and triple axel, once the art of the chosen few, have become a pressing necessity in the modern day. Such multi-turn jumps in figure skating are unofficially called “Ultra-C” elements – i. e. the most difficult ones.

The Tutberidze way of winning 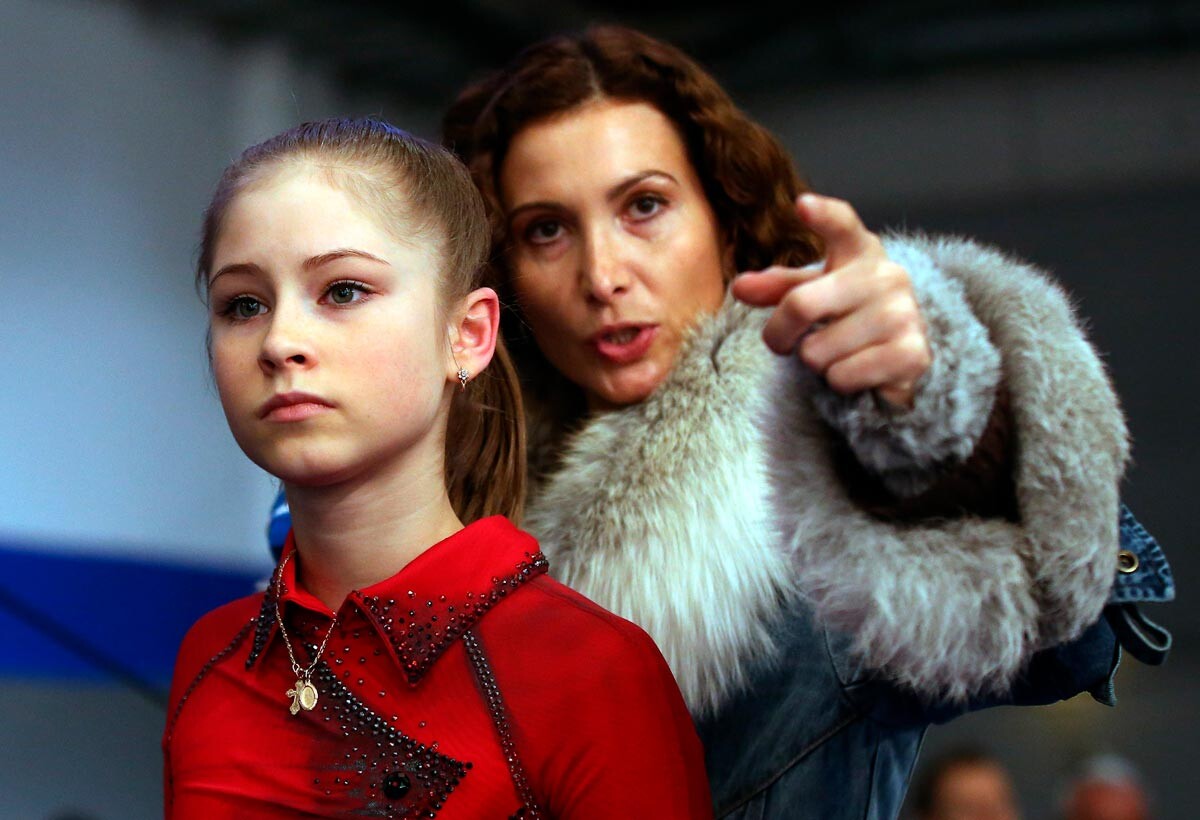 Julia Lipnitskaia of Russia gets some advice from her coach Eteri Tutberidze prior to the Ladies Free Skating event of the ISU European Figure Skating Championships 2014 held at the Syma Hall stadium on January 17, 2014 in Budapest, Hungary.

So how did a single mother, with no money or patronage, become one of the legends of the Russian figure skating coaching school in just ten years? Eteri’s secret is to encourage competition between her students, while ensuring equal opportunities for everyone and “a hell of a lot of hard work”. In essence, Tutberidze’s philosophy is the radical opposite of modern ideals of inclusivity and practically a Suvorovian science of winning.

The aphorism of Russian generalissimus Alexander Suvorov “Hard training makes battles easy” perfectly illustrates the rules installed by Tutberidze on the ‘Khrustalny’ rink: be two heads above your opponent and you will never get unfairly judged by the jury. No “individual plans” – the girls perform their programs every day, sometimes several times; they work even if they are tired; they work on all fronts – ice, choreography, stretching and at the gym. Female champions have no special privileges, Tutberidze tells them: “My dear, the only way you will go further is the same way you were going when fighting for your previous medals – excruciatingly hard work... When you step off the podium, you are nobody. Until you prove otherwise the next time. You have past medals, but that’s not going to help you in any way in the future.” The careers of Tutberidze’s girls are short, but effective: many of them have managed to win not only medals and titles, but sponsorship contracts, as well. 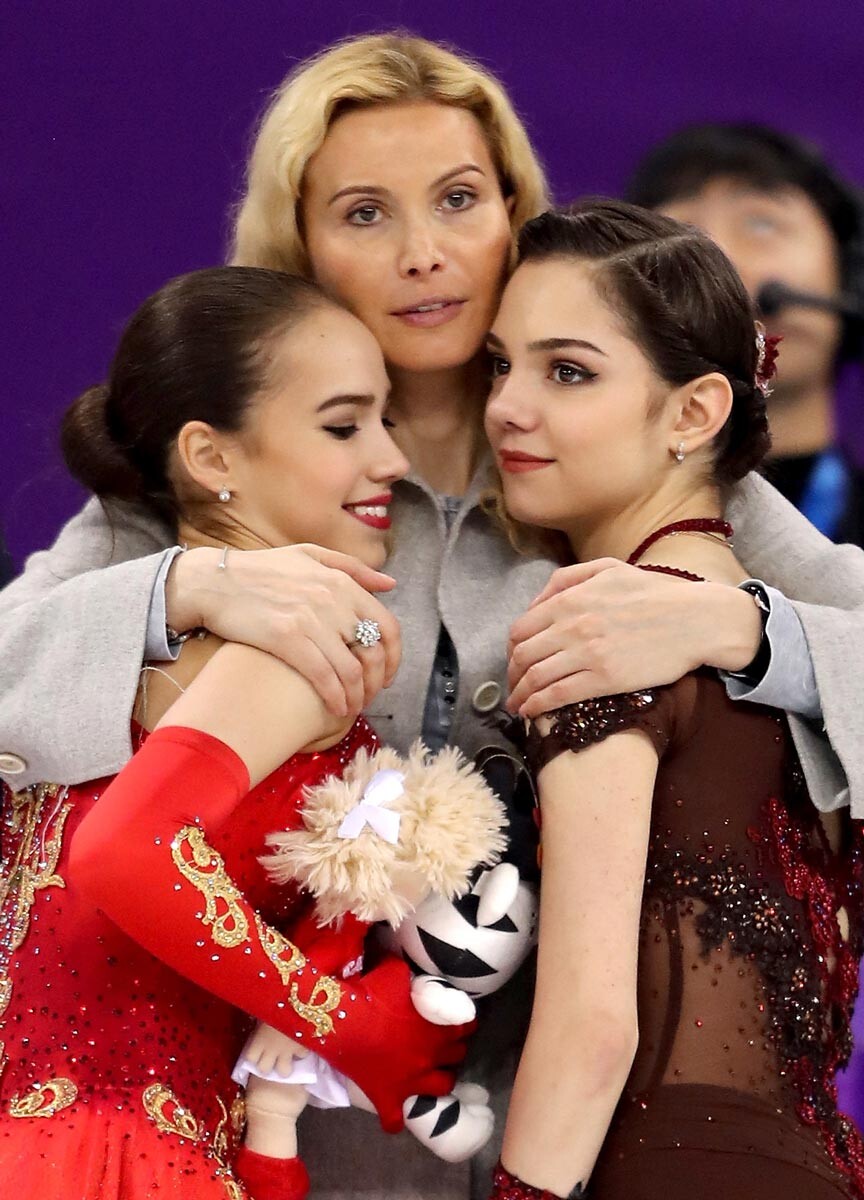 In the last few years, Eteri has been training future champion girls in threes, according to the number of podium steps. For this, her rivals accuse her of a “conveyor belt” system of producing female athletes. But Tutberidze’s production is a strictly one-of-a-kind job. Of course, the girls are in the same group and, while there are similarities (for example, in costumes and some details of choreography), each one of them still performs in her own way: it is hard not to notice the difference between the aristocratic Medvedeva and the athletic Trusova, or between the intelligent Shcherbakova and the charming rebel Kostornaya.

Moreover, a good half of her students’ iconic programs are her personal revelations. Medvedeva’s ‘Hear/Don’t Hear’ program is a story about Eteri’s daughter Diana Davis, who lost her hearing as a result of side-effects from taking antibiotics. Medvedeva’s other winning program, ‘9/11’, is Etheri’s impressions of her experience as a terrorist attack victim. ‘In Memoriam’ by Kamila Valieva, like ‘O Doux Printemps D’autrefois’' by Shcherbakova, are poignant programs about the loss of a loved one – Eteri herself mourned the tragic passing of her mother in November 2018. The illness attacked her mother just as Eteri herself was taking her students to PyeongChang.

When will the Napoleon of figure skating be defeated? 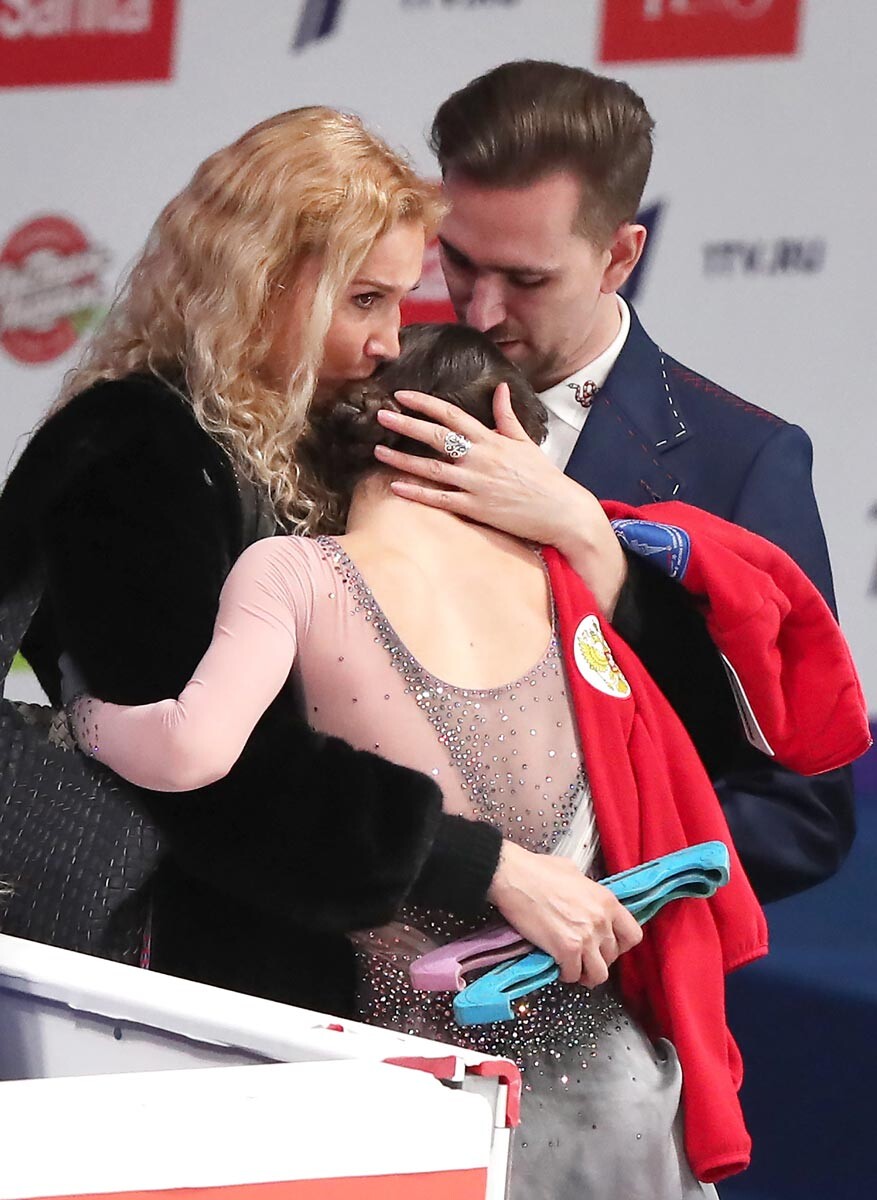 Many fans dislike Tutberidze. She appears arrogant and narcissistic, uncomplimentary with the press, responds to criticism with barbs and is jealous and sensitive about her athletes’ transfers to other coaches. Her dapper Louis Vuitton coats have become the talk of the town. Her appetite stretches farther and farther: now, in addition to women’s and men’s singles skating, she has taken on pairs.

Her coaching colleagues treat her successes with contempt, too. Eteri’s students occupy all the podiums, leaving no place for other skaters – and the lack of results affects the financing and the reputation of sports schools.

The forthcoming raising of the age limit for entering adult competitions seems like a way out to some, but in fact will not change the balance of power: Trusova and Scherbakova have demonstrated that it is real to keep doing quads after puberty. The rebellious Kostornaya restored the triple axel at 18 and Medvedeva, who had returned from Brian Orser, was seriously planning to work on the quadruple salchow, with only an injury preventing her return.

Alexandra Trusova performs 5 quads in a row during the test skates of the Russian National Team on September 12, 2021.

What’s more, all the top Russian coaches and some foreign ones are already in the race. They understood long ago that the only way to fight the monopoly of Tutberidze is to fight with her own weapons. Thus, at the last Russian Championships, ten out of 18 participants were proficient in ‘Ultra-C’ elements.

And even if Eteri disappears from the scene tomorrow for some reason, there will be no stopping the progress. The revolution has long started and the world of figure skating will never be the same.