How a Siberian academic startup is rethinking human nature

Education
Gleb Fedorov
advertising
The Siberian School of Advanced Studies (SAS) at the University of Tyumen is striving to revolutionize humanities and help people tackle complicated questions that many research institutions don’t even ask.

All major discoveries lie at the intersection of different fields of research. For example, no existing disciplines alone can predict how the changing of the human genome will influence our behavior, or how technology will think when it becomes autonomous?

To tackle these interdisciplinary issues the School of Advanced Studies (SAS) was launched in 2016 in the city of Tyumen. It has no disciplinary departments, no professor ranks, and its research program relies on multidisciplinary research teams integrated into global academic networks.

According to Prof. Erika Wolf, 55, who left her associate professor position in the University of Otago, New Zealand, for the Siberian academic startup, one of the main problems she sees in education in general is “the failure to communicate across disciplines, even across departments within humanities.”

“At SAS we're working closely together, closely in dialogue and on a daily basis I'm having very engaged conversations with people from other fields - that mostly never happens [in other institutions],” Erika says.

Zachary Reyna, 30, says this approach allows the people at SAS to “co-create something new,” which is not always possible in “Western research institutions that are so well established and solidified.” 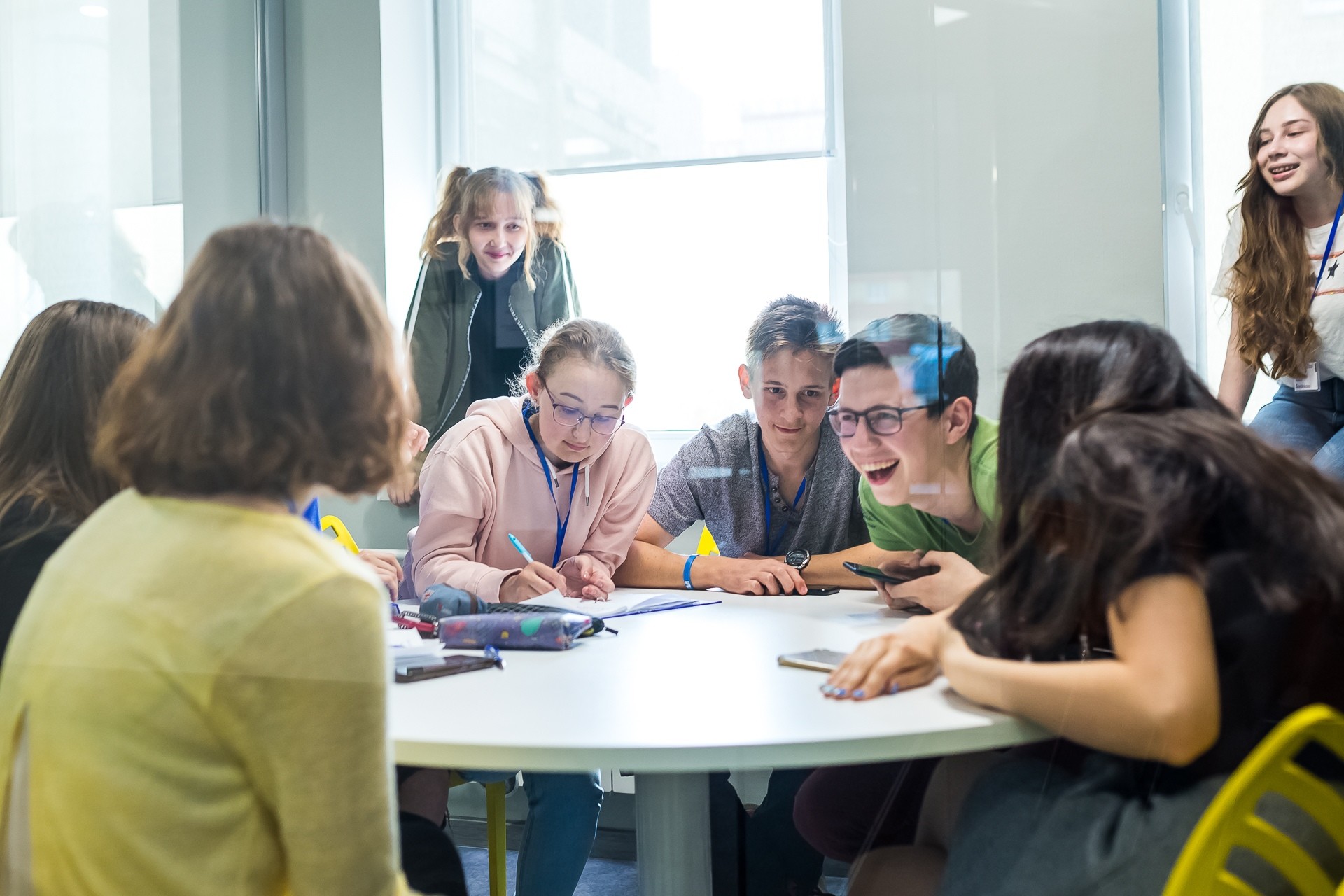 Citizenship, materiality, and free will...

Erika, an art historian, is part of the Citizenship Under Conflict: Reimagining Political Belonging research team, and works alongside a political scientist, two sociologists, a biologist, and a media expert - she says they also want to get a legal scholar on board.

This project investigates global trends that challenge the "classical notion of citizenship" ranging from the rise of statelessness and the migration crisis to societies that are "largely organized around perceived threats."

Louis Vervoort, 53, who has PhDs in physics and philosophy, says SAS “was the only place on Earth” where he was able to combine his two passions. Louis is part of the research team focusing on the issue of Free Will together with a philosopher and an historian, who also specializes in economics and international relations.

According to Louis, only a combination of experts from different fields may finally help tackle the question “that has been with us for around 4,000 years - do humans actually have free will?”

“If humans are much more determined than we have thought, then we need to rethink concepts like responsibility [...]. It means that punitive actions [within society] are totally wrong, because people are not 100 percent responsible for what they are doing, because they are determined by so many other factors.” 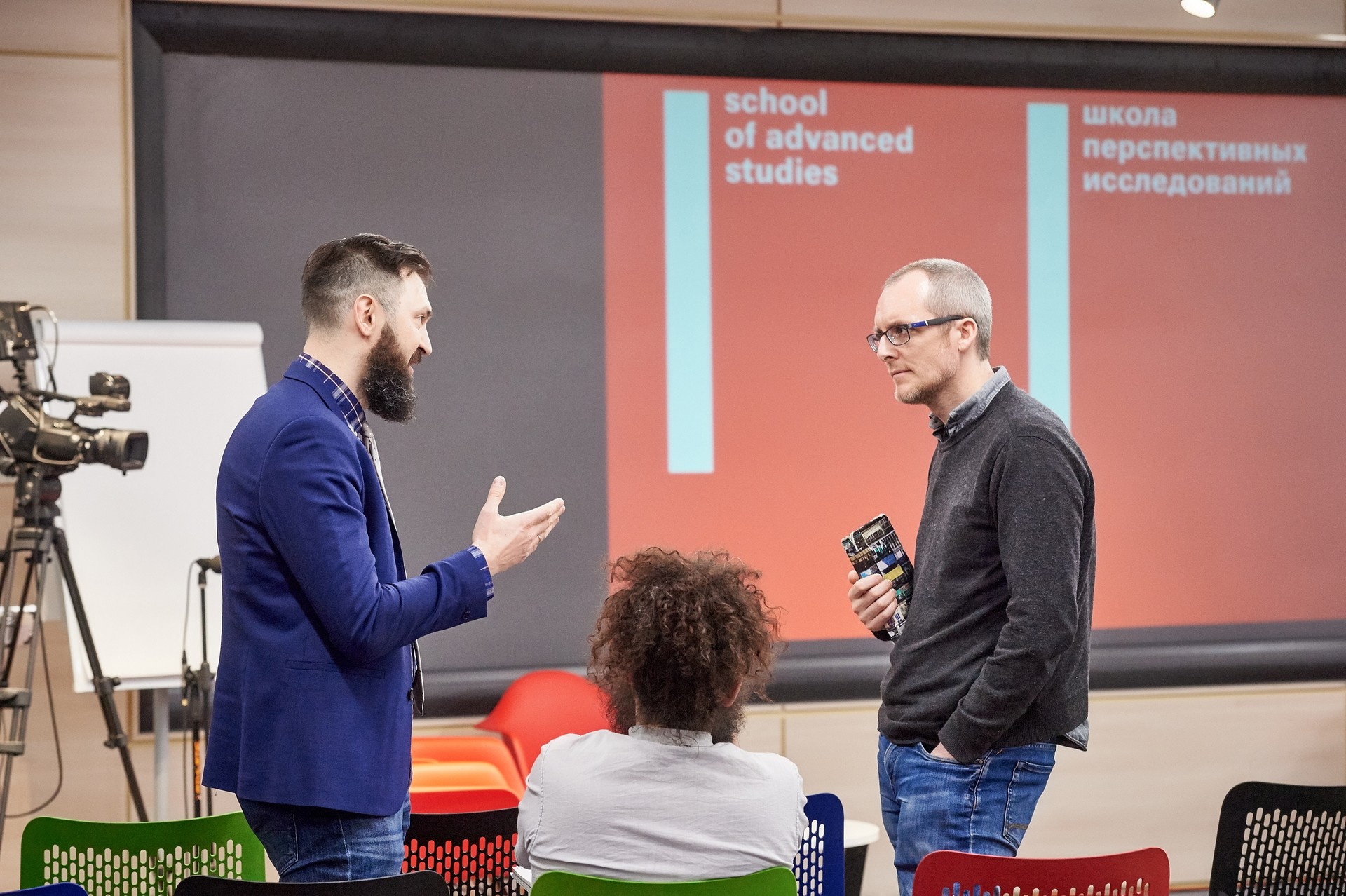 Evgeny Grishin, 35, and Reyna are both part of the Material Relations research project that aims to rethink human nature and how humans relate to materiality.

“What's wrong with the globalized West's current relationship with nature is that it's primarily instrumental. It sees the material environment, the world around us as a resource to be used, to help us to achieve our goals, our human goals, but not something that has necessity in itself,” says Zachary.

“We don’t think that just saying that we may simply become kinder and better to nature will change anything. I think we need to understand better ourselves, accept the fact that we are not separate from the matter, we are part of it and at the same time try to rethink the basic assumptions about our relations. It will make us rethink our basic assumptions of human nature,” Grishin says. 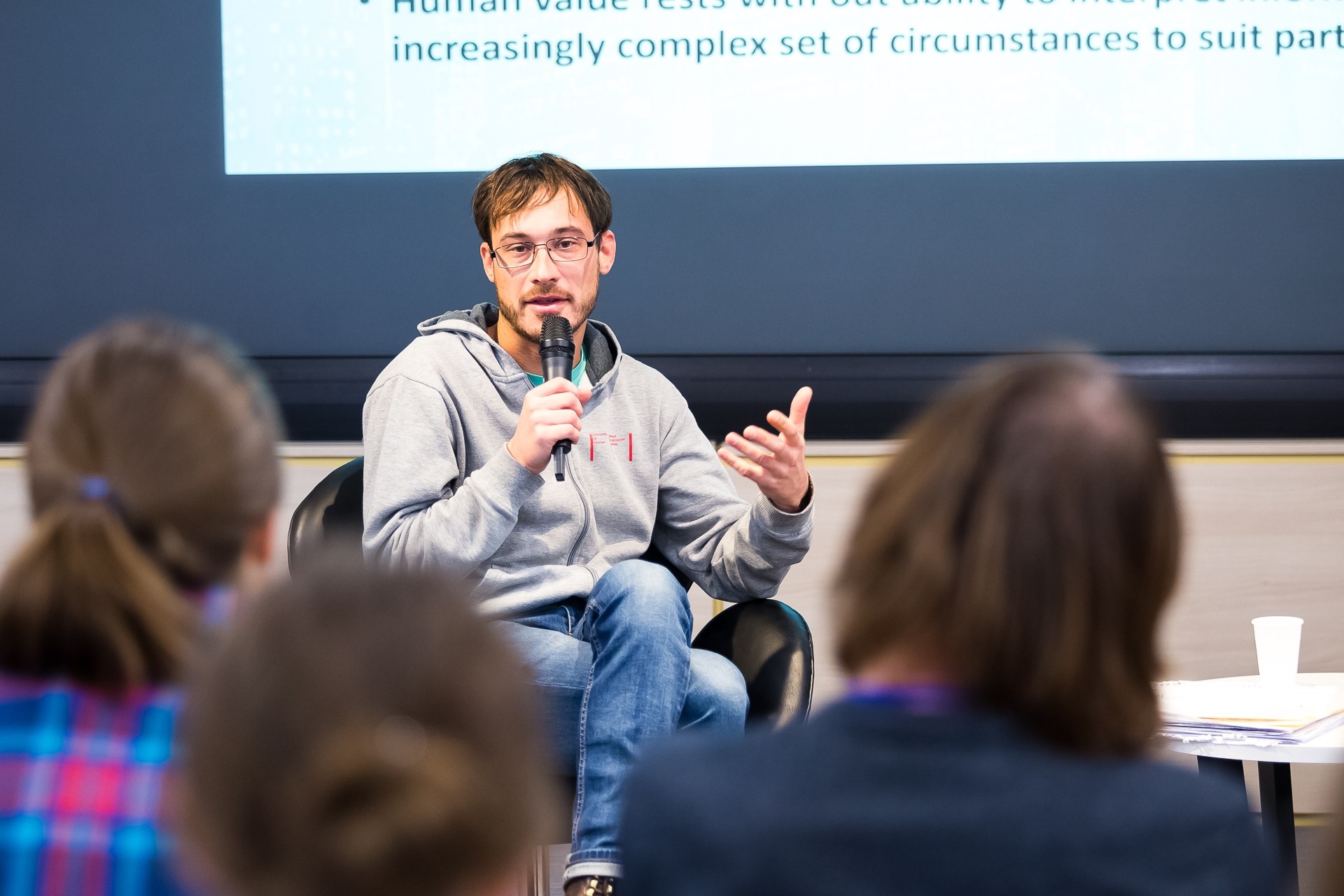 How projects are born?

According to SAS Director Andrey Scherbenok, PhD, the school is opened for researchers who are able “to go outside their own disciplines to initiate a multidisciplinary dialogue.”

“This is when we bring all candidates to our school and put them into a situation when they have to come up with new questions. This is a very intense communication which takes them out of their comfort zone, outside of their disciplinary,” Scherbenok says.

The school is looking for “more fundamental things that underline current debates and politics and economics and sociology. The questions should both be relevant to the outside world but also significant to their disciplines. This is the ideal research team,” Scherbenok adds.

There are currently five research projects under way. 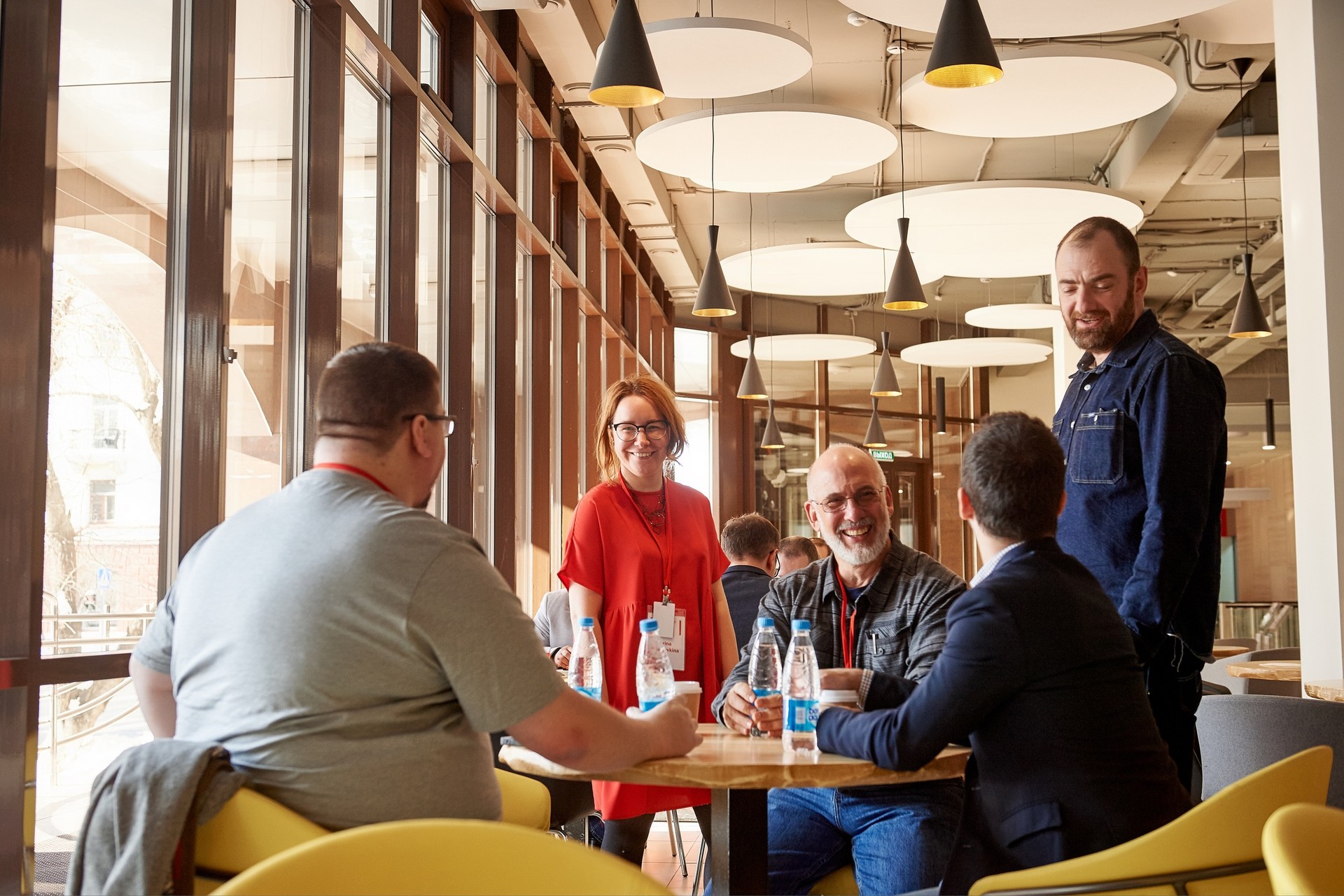 Apart from multidisciplinary research, the school has BA and MA programs for students from around the world and isn’t simply aiming to fill young heads with more ideas and information.

“What's interesting for me is giving them cognitive and analytical skills to deal with unpredictable future that we all seem we think we are facing,” David Dusseault, who is part of the Cultures of Rationality research project, says. 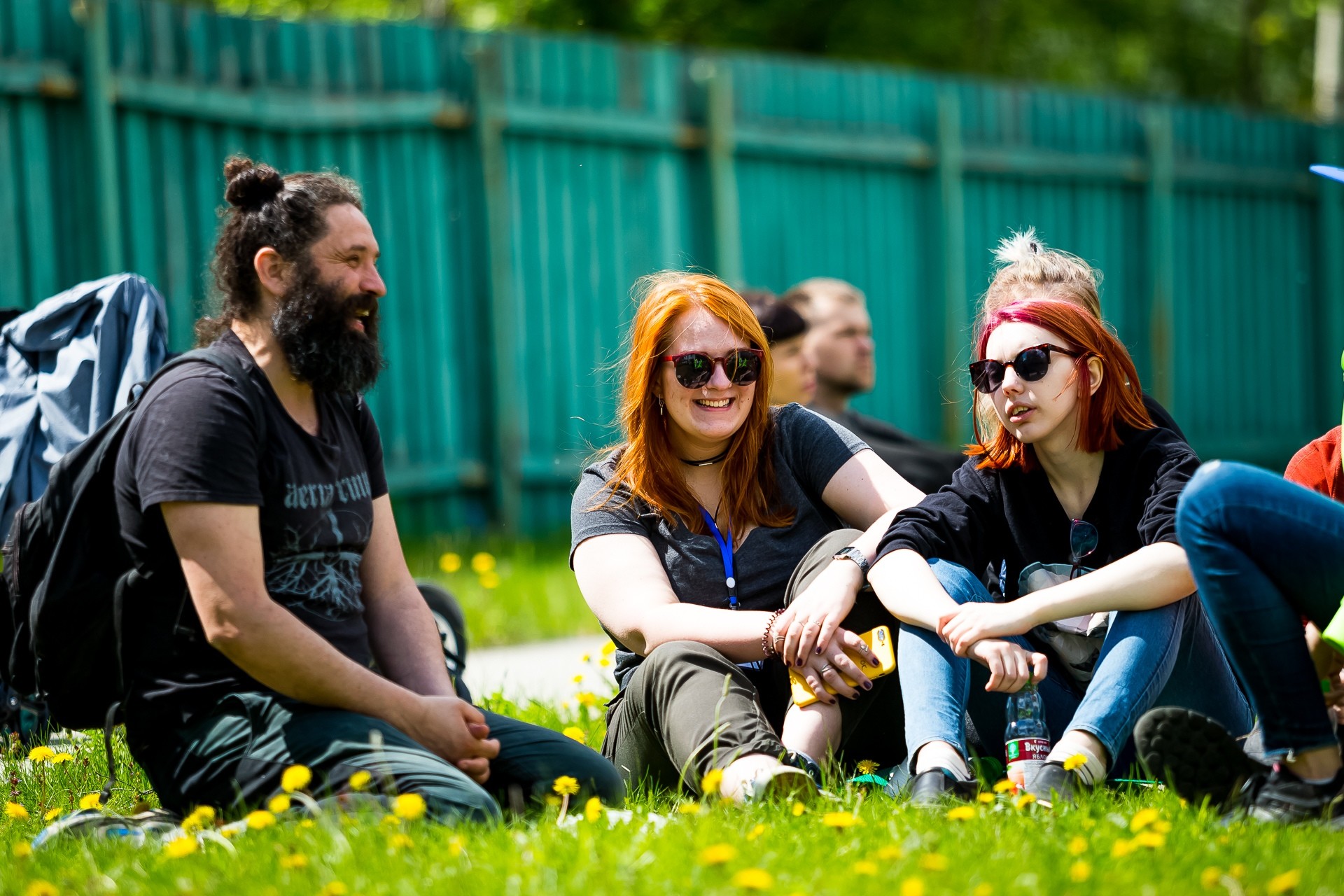 That’s why, Scherbenok says, it’s essential SAS students “should be capable of choosing their own educational itinerary.” To help them make the best choice, the school’s curriculum is structured around the Core and Elective courses (many of them very appealing, like Ecology, Technology, and Anime), that can make up to one third of the course load.

Scherbenok says the SAS ideal student, is also an aspiring young researcher who understands that to be successful you have to study classical texts to give meaning to the contemporary world of technologies.

“This is the same thing when we're looking at the guys from the hard science perspective. If you are going into biotech, if you're doing what the Chinese are doing now with customizing babies or playing genetics, with the genetic code [...] you need to actually understand the social impact of that,” Dusseault says.

“Can we actually understand how the changing of the genome is going to change human behavior? Or how society is going to think about what it means to have children in future?”