There are two ways to say YOU in Russian 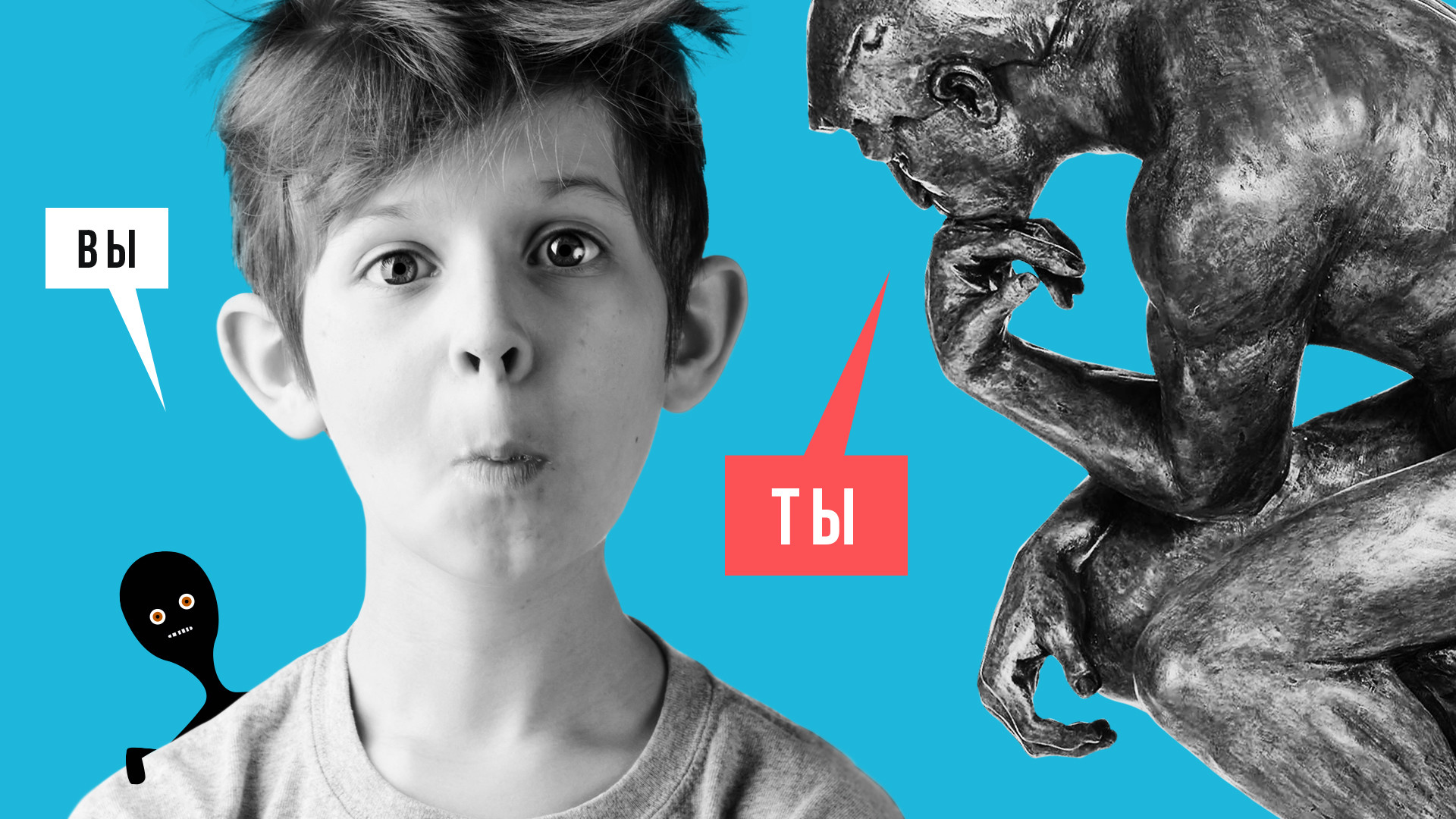 Alena Repkina
Russians differentiate the way they address people depending on their social status, age and relations between them. But how to choose the right ‘you’? Don’t worry, we’ll spell it out for you!

“Who allowed you to say YOU to me?” “Can we switch to YOU?” Phrases like this just make zero sense in English. It’s impossible to imagine someone angry saying: “How dare you say YOU to me?!” or “Don’t tell me YOU” in English.

But, in Russian, it’s absolutely commonplace. Intrigued by another difficulty of Russian? We’ll not let it be lost in translation and explain everything now.

Ты and Вы when address to one or more people 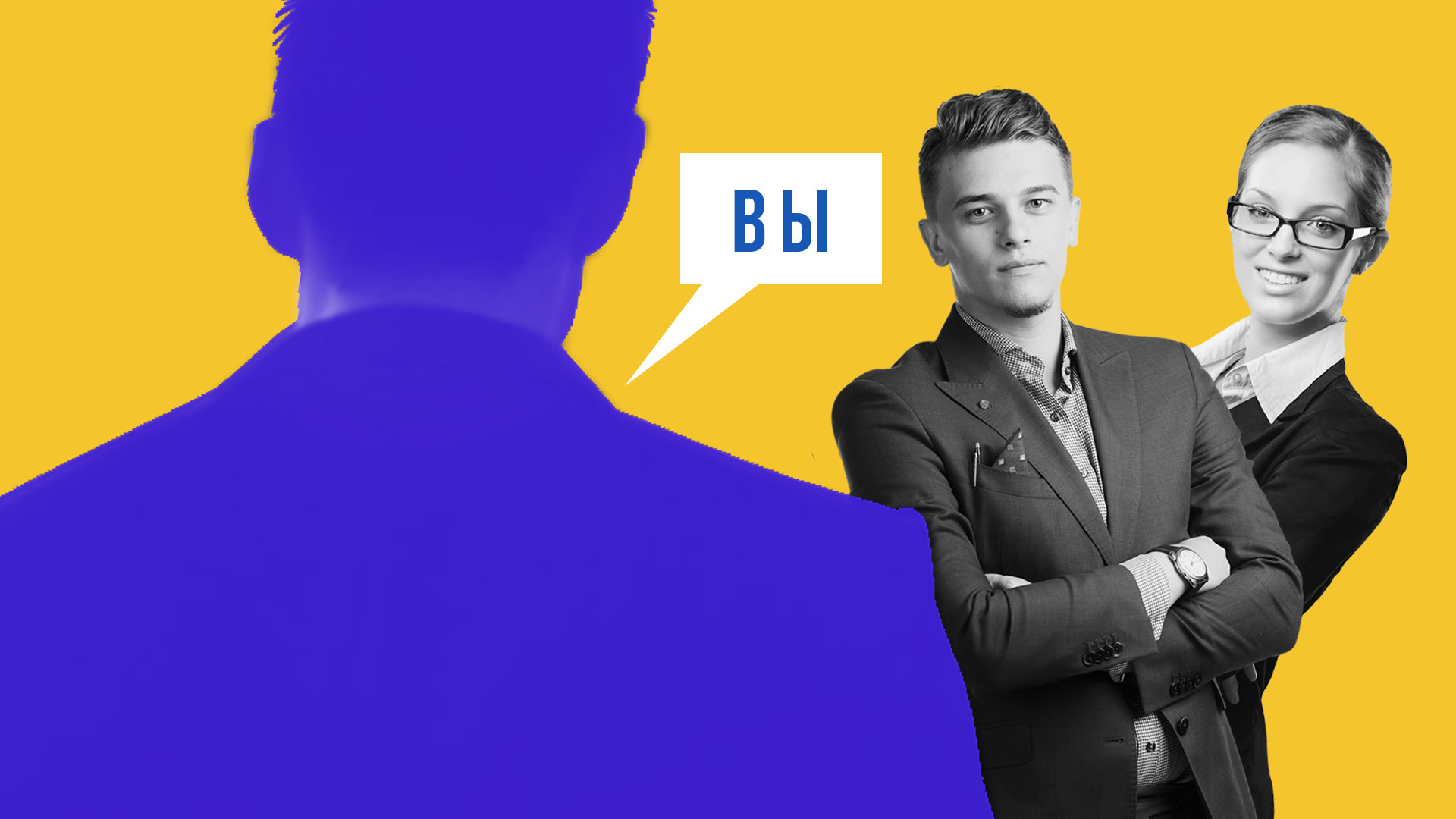 There are lots of pronoun forms in Russian and if one addresses a person, one should use the singular pronoun ты (‘ty’). And yes, we know that Ы is a complicated letter, so if you are struggling with it, be sure to read more about it and how to pronounce it here.

Ты будешь кофе? [Ty budesh kofye?] - “Will you have some coffee?”

But if you have to address at least two people, you change the singular form to plural, and use another pronoun - вы (‘vy’).

Actually, this wouldn’t be complicated to learn, unless the Russian language didn’t have another tricky part - the difference between plural вы and respectful singular… Вы. Yes, we know! But bear with us!

Ты or Вы, depending on who you talk to 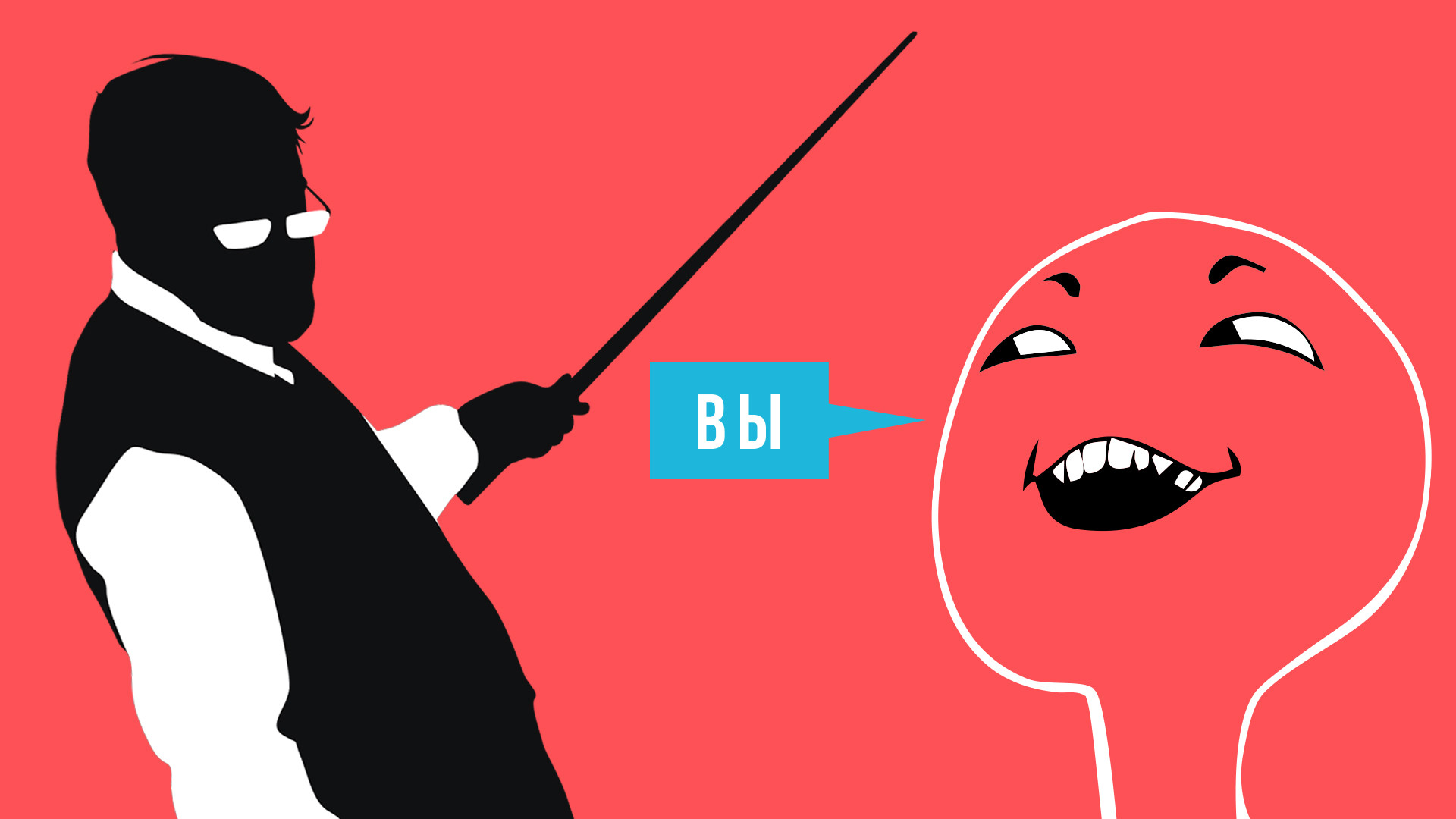 So, as we mentioned before, Вы has two different meanings. One is used when addressing a group of people (and then it’s spelled with a lower first letter - вы), and the other is a “respectful” way to address a person (and then it’s capitalized - Вы).

Do you think it’s a big problem to differentiate whom you should say Вы and whom ты? Not at all.

Usually, speaking to a stranger (especially an unknown adult, or an older person), one should always use Вы.

Why do Russians differentiate YOU? 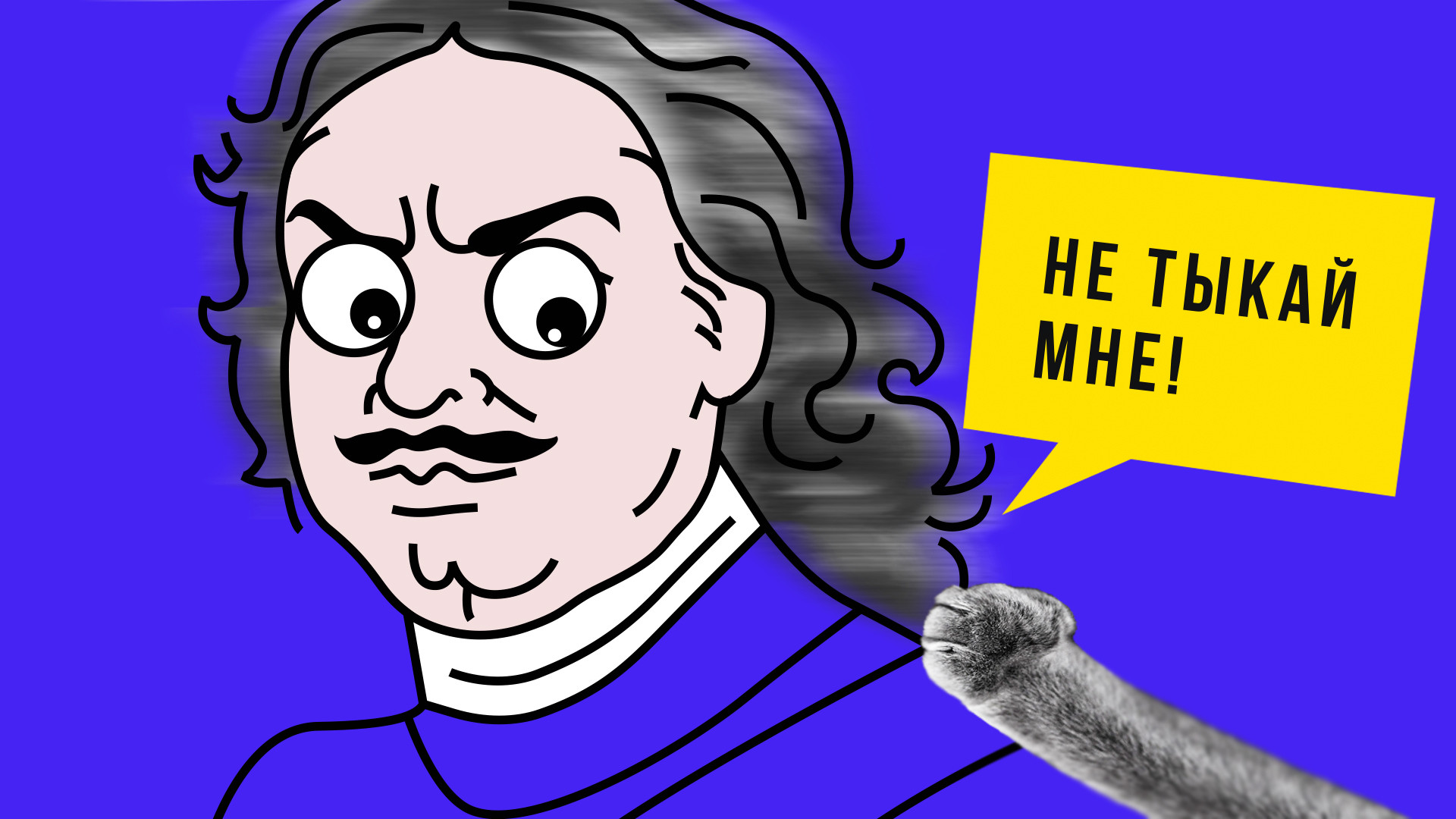 The thing is that in the Russian language, we don’t have a form of addressing people in a “respectful, official” way, such as ‘Mister’ (Mr.) or ‘Missus’ (Mrs./Ms.) in English. And it has a historical background.

Before Peter the Great, everyone in Russia called each other Ты, even the tsar. But Peter ranked all the service and noblemen and ordered all to use Вы to a person of a higher rank, adding a special naming Ваше величество (“Your Majesty”) to an Emperor or Ваше благородье (“Your Well Born”), Ваше Превосходительство (“Your Excellency”), Ваше Сиятельство (“Your Illustrious Highness”) - and another long and complicated list of addresses, depending on one’s title.

Soon, the word became an intrinsic part of the language and in nobility, kids would address their parents with Вы and even spouses would use Вы when talking to each other.

While using Вы to noblemen, peasants would still address each other with ты. And landlords would address their serfs with ты. A servant in a noble house could even be offended or worried if his master called him Вы - that could imply that a master had lost trust or was angry about something.

After the 1917 Bolshevik Revolution, all ranks were cancelled and people started calling each other simply товарищ (“comrade”). However, Вы remained in dialogues with strangers, in professional and educational spheres.

Do you want to switch to ты? 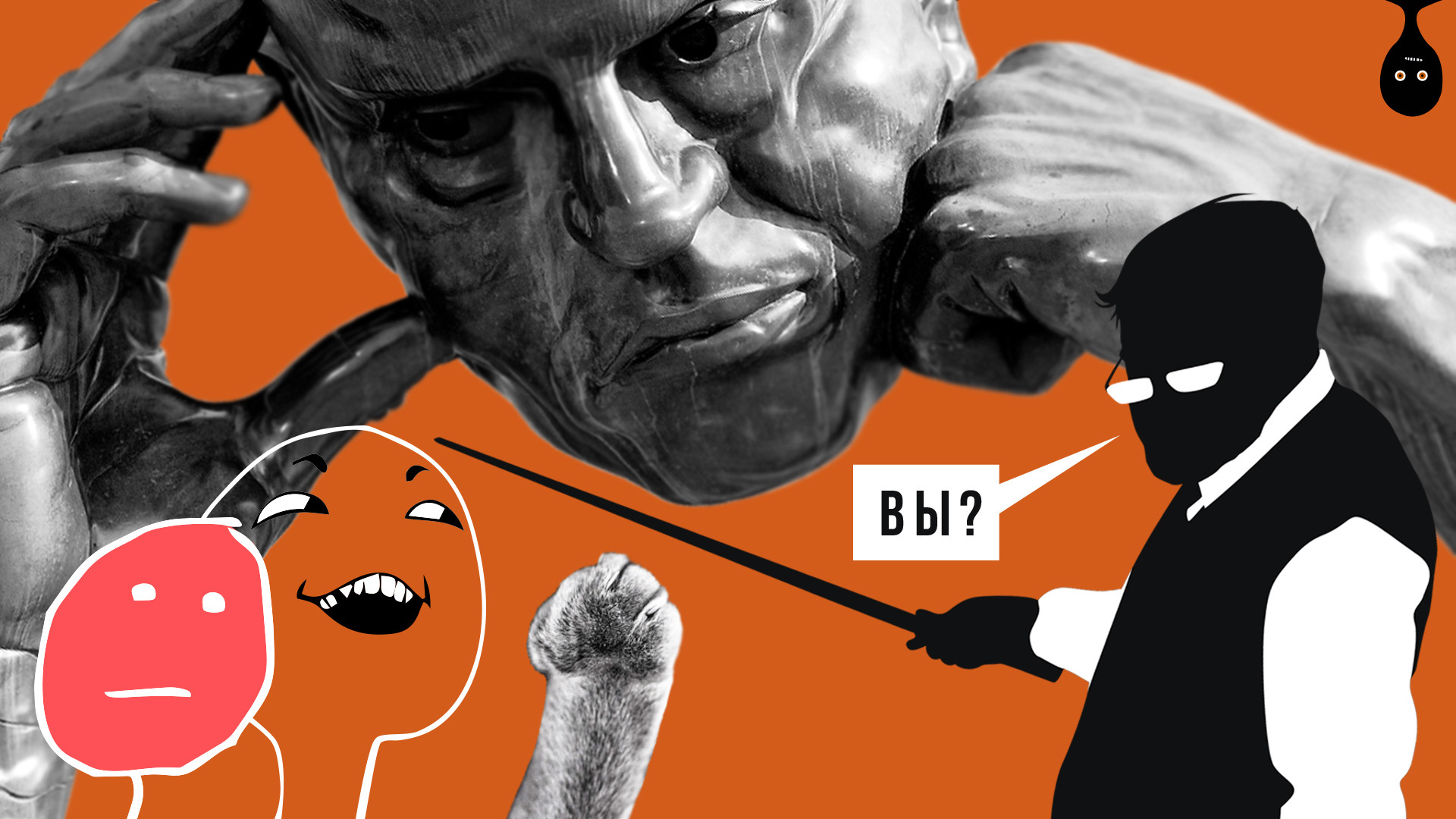 From the Soviet times onwards, it became easier to “switch” to ты with people of the same age and work position. They just need to ask if an interlocutor felt fine using ты.

People in one family also tend to use ты nowadays. At the same time, professors in universities usually use Вы to their students, even if the age difference is big. It’s a sign of respect and actually considered good manners.

If a person hears ты from some stranger, it could be seen as rude. And it can make a person angry. We started this article with the question: Кто позволил вам мне тыкать? [Kto pozvolil vam mne tykat’]  - “Who allowed you to say YOU (TY) to me?” - which means a person didn’t agree to switch to ты and wants to keep a distance with a more respectful attitude.

The verb тыкать [“tykat”] literally means “to address with TY” and it’s a colloquial word, usually used in conflict situations.