You can have fun learning Russian with these Soviet video lessons! (VIDEOS) 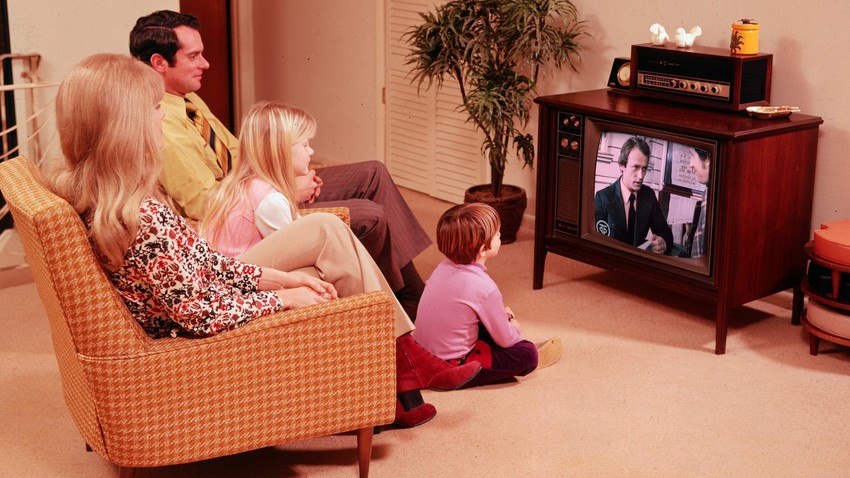 Russia Beyond (Getty images; Sovetskoe Televidenie. Gosteleradiofond)
These vintage television courses will help you not only improve your Russian, but also virtually visit the Soviet republics and discover the research of Siberian scientists.

“Dear friends, today we are starting a television course of the Russian language and invite you to travel around the Soviet Union.” With these words, begins a series of video lessons for foreign students. The first video tutorials appeared in the late 1970s and consisted of several dozen 15-20 minute videos. Most of them are now available for free on YouTube.

The system of teaching Russian as a foreign language was centralized in the mid-1970s, when the Alexander Pushkin Institute of the Russian Language was established. Future teachers studied and conducted scientific work there. Soviet linguists issued textbooks and useful materials for those who wanted to learn Russian. The textbooks were accompanied by audio and video materials and even animated films that dealt with the simplest everyday situations.

In 1977, there was a television course called Mi govorim po-russki (“We speak Russian"), which helped to cope with basic Russian phrases. Each episode was devoted to a specific topic: travel, lunch at a restaurant, dialogues about work, hobbies and much more.

In the first episode, a young man named Dima meets Olya and her dog in a park and they get acquainted. Dima tries to guess where Olya studies and lives, then they go for a walk and, later, on their first date - a real Soviet-style romance. In the end, the video shows how to introduce a friend to a Russian family.

The next episode’s theme is navigation. The situation is funny: the character goes from Moscow to Kiev and tries to find a certain lady. But, sadly, he confuses the address and instead of Pushkin Street goes first to Chekhov Street, then to Tolstoy Street, then to Gogol Street. In 18 minutes, a student will learn phrases that will allow him not to get lost in a big city and… also see Kiev’s magnificent architecture.

Another episode depicts a common situation for today, but unusual for Soviet times - a lunch in a cafe, that could be on holidays or festive occasion. The waiter offers kids fish, porridge, pancakes, but they want to eat only ice cream, candy and drink lemonade. In addition to the names of Russian dishes, you can learn the phrases “ne khochu” (“I don’t want”), “ne budu” (“I won’t”) and “ochen vkusno” (“very tasty”).

Traveling around the Soviet Union

In the mid-1980s, another video course called Davaite znakomitjsya (“Let’s get acquainted”) appeared. Its language level was more advanced and the plots were more interesting. But, the main thing is that, through these lessons, you could see the main cities and sights of the Soviet Union.

In the episode below, for example, a family travels by car to Tallinn. The mother and kids are walking around the city, taking photos everywhere, while the father Boris is always waiting for them in the car and listening to classical music with headphones. Everyone is constantly getting lost and asking each other where the others are, while the ending is brilliant!

The episode about Akademgorodok (a city of scientists in Siberia) shows not only the Siberian winter, but also female scientists fearlessly driving through the snow-covered forest. This lesson discusses the domestication of foxes - a real breakthrough of Soviet biologists. (You can read about these foxes here)

Another episode is about a crew that is going to shoot a film about Russian folk ensembles. They plan to do this, of course, in the cities located on the Golden Ring. The characters discuss the beauty of the ancient cities and the weather at the same time.

One of the later episodes is about a trip to Samarkand (Uzbekistan). Vera, a traveler from Leningrad, helps foreign students learn the most necessary phrases that can be heard on an excursion, while seeing the ancient city.

These videos show various speech situations and can be interesting, both for kids and adults.

In one cartoon, Nick practices how to introduce himself with the help of his parrot Jacko and decides to make a trip to the Soviet Union. Of course, this animation shows some stereotypes like Russian beauties with long braids, kokoshniks - and samovars!

Another cartoon explains what to do if you need to call a doctor to your home and how to talk to them in Russian. The main character wakes up in a hotel with a temperature and realizes that he is ill. The doctor (a young beautiful girl with long eyelashes) prescribes him medicine and, a few days later, invites him to the clinic.

When Nick gets better, he decides to continue his acquaintance with the Soviet Union and spends the whole day on excursions: to a museum, a stadium, the zoo.